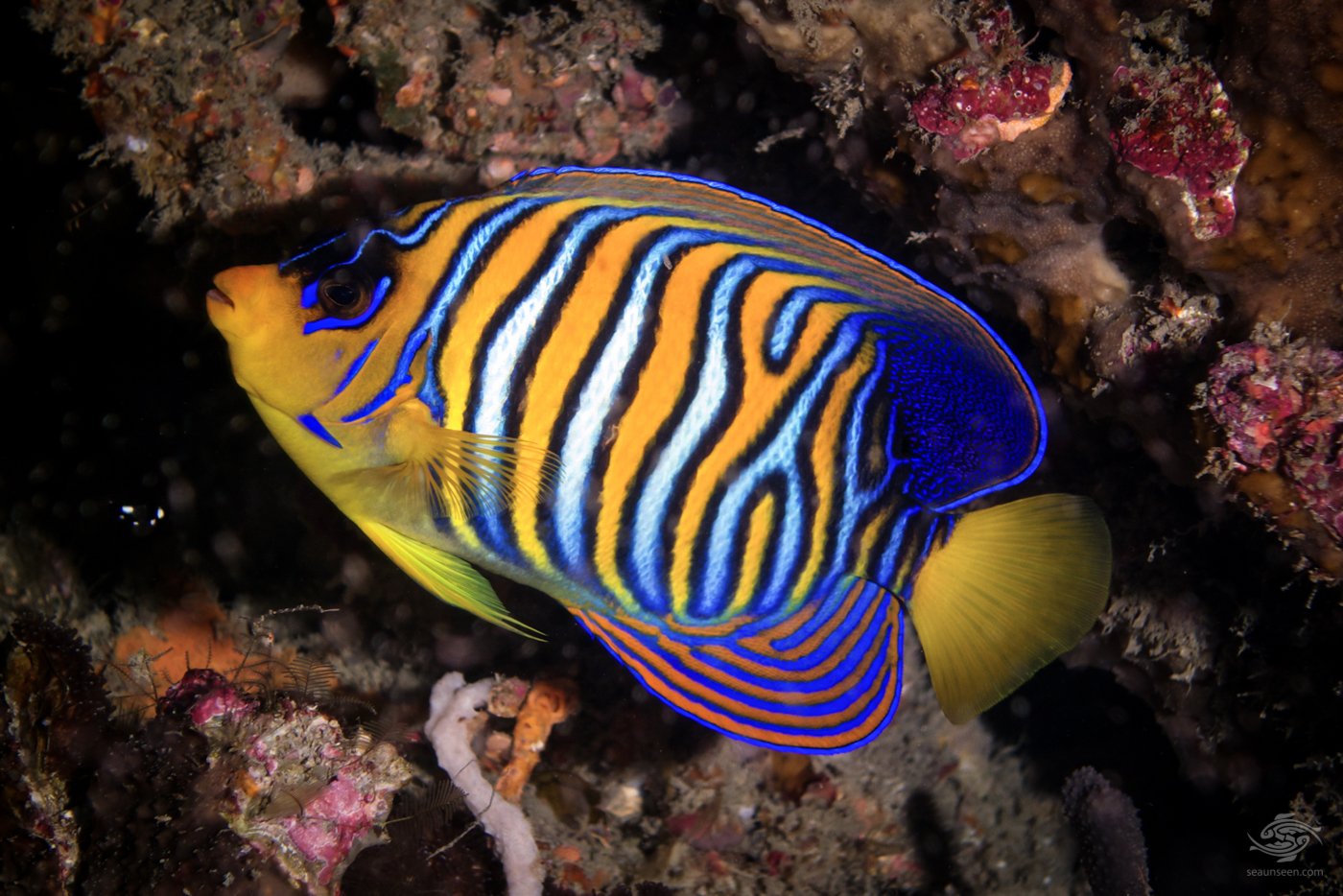 A colorful royal angelfish (Pygoplites diacanthus), photographed while scuba diving off the coast of Dar es Salaam. Though a popular aquarium fish, the royal angelfish rarely survives in the aquarium, as it requires a particular environment with smaller and docile tankmates, like gobies and dwarf angels. If in a tank with fellow large angels, puffers, and triggers, and certain clowns, the royal angelfish will almost certainly fail to acclimate and slowly die of starvation due to its shyness to start feeding.