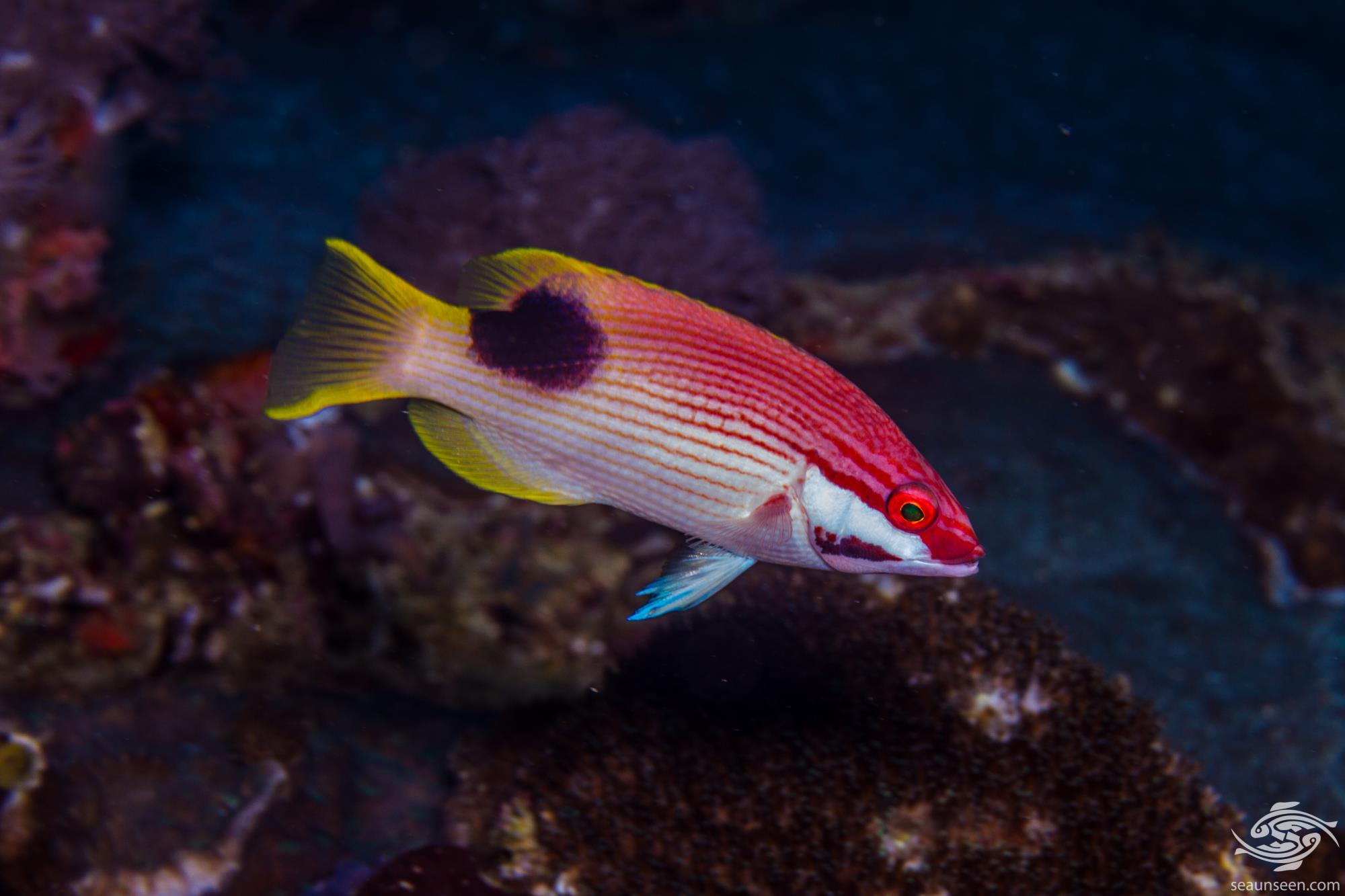 The Saddleback Hogfish (Bodianus bilunulatus) is also known as the Blackspot wrasse, Crescent banded hogfish, Tarry hogfish and the Tuxedo hogfish. As with all the members of this family there is considerable divergence in looks between the juveniles and the adults. 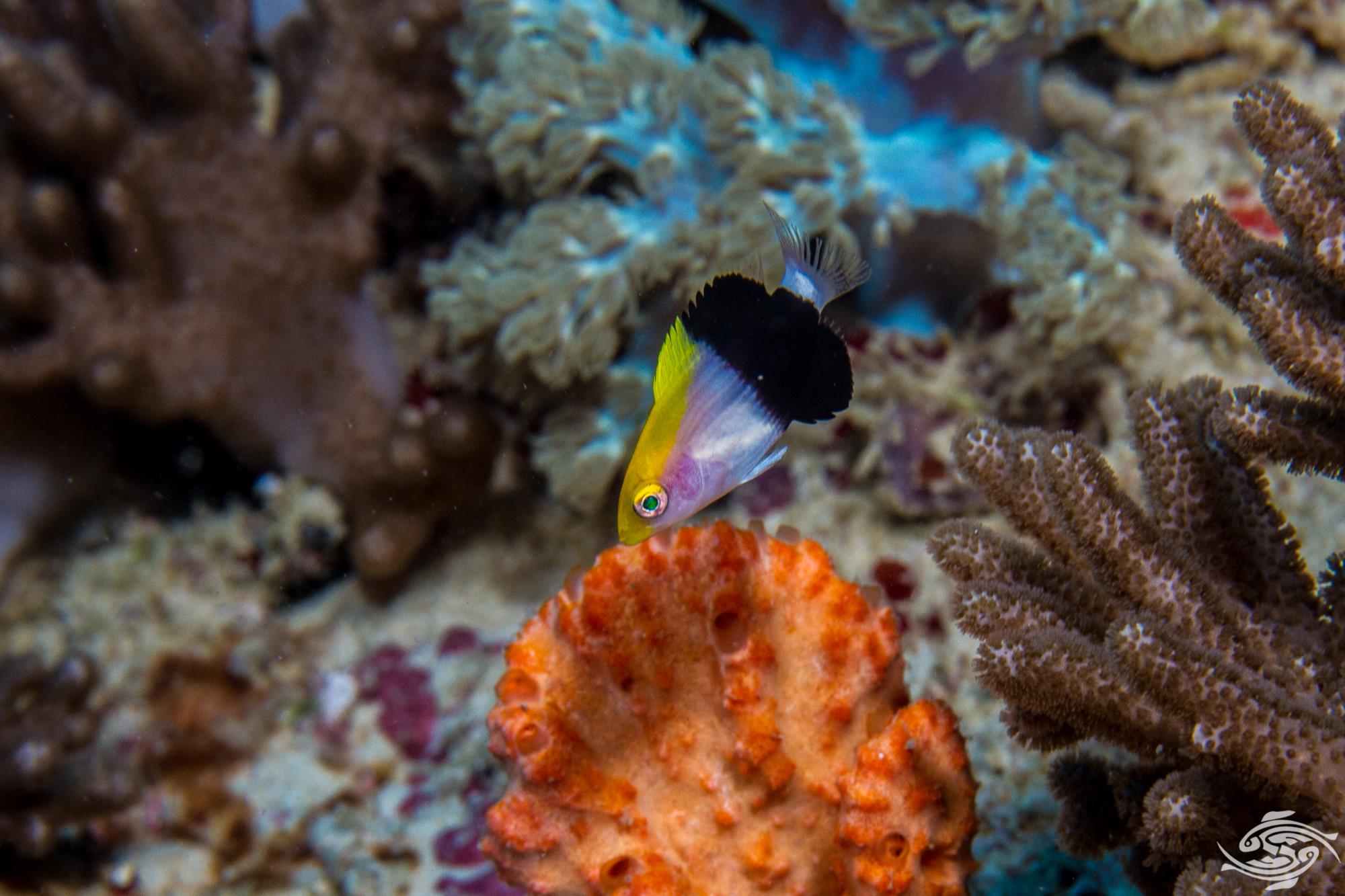 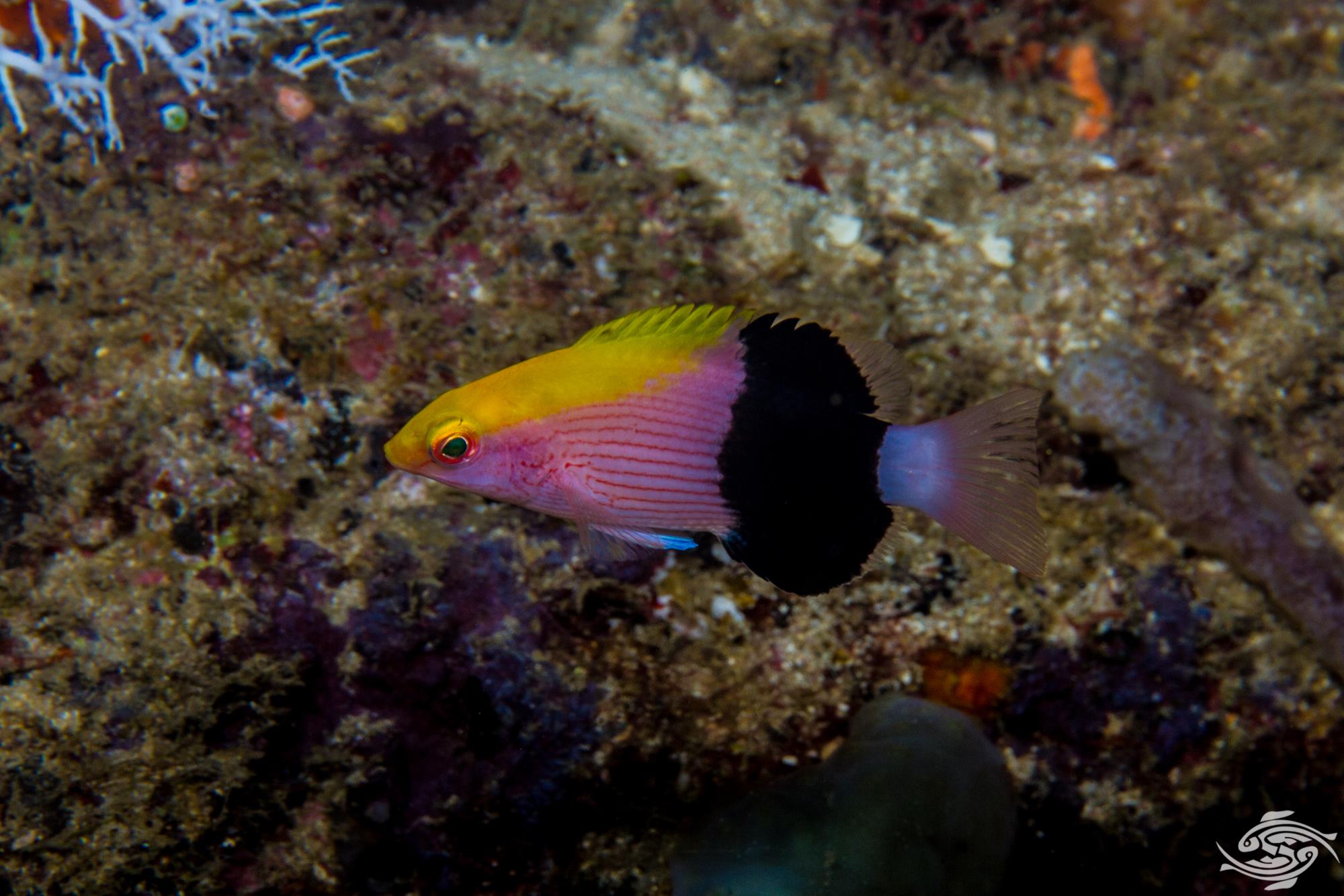 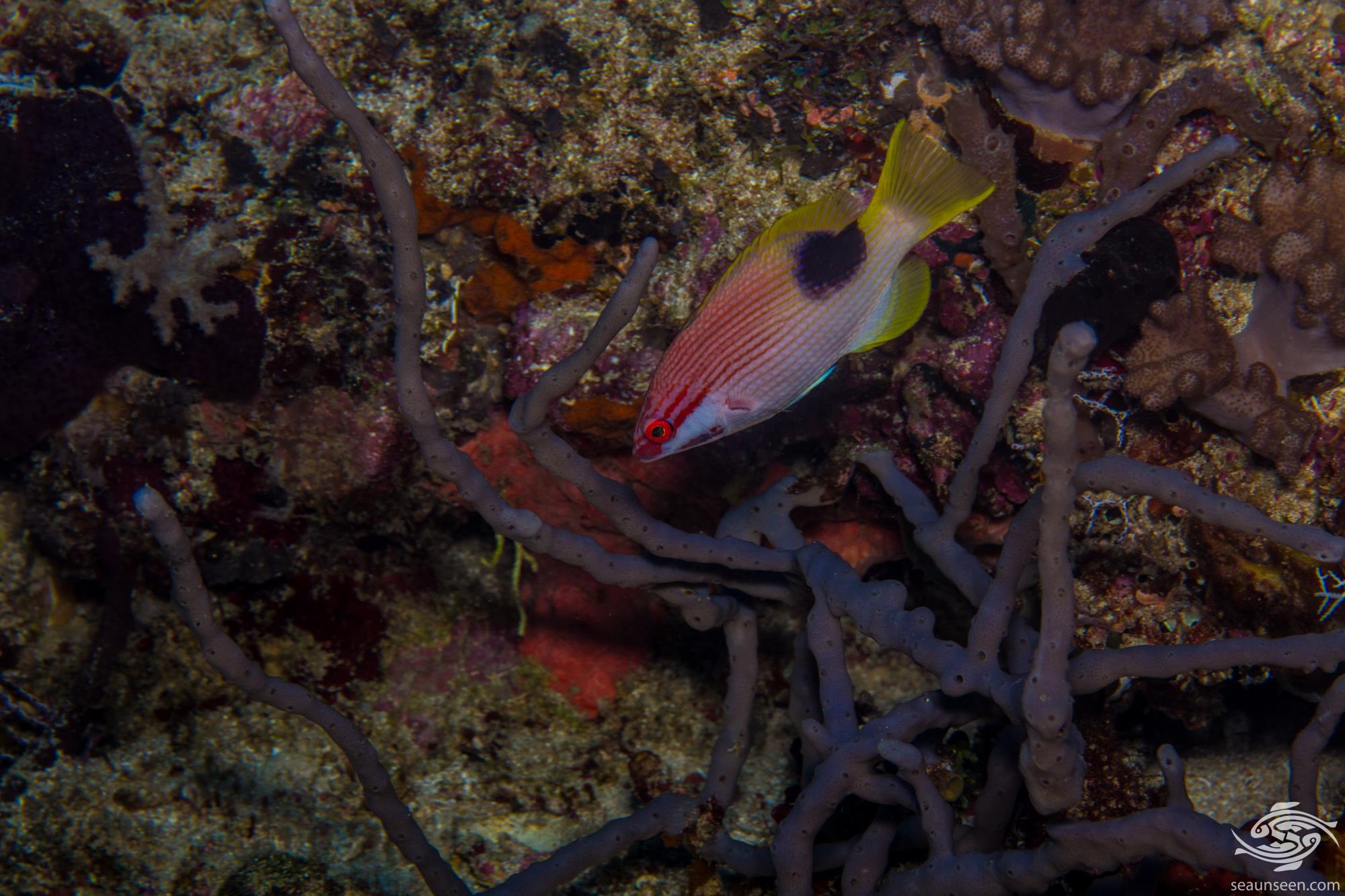 SADDLEBACK HOGFISH IN THE WILD

The juvenile Saddleback Hogfish is fairly reclusive and is always found close to cover or under an overhang or in a small cave.  They are usually found on coral rich areas of the reef from 10 to 15 meters. The adults seem to prefer deeper water and are usually only seen from 20 meters downwards. They are not common in Tanzanian waters but neither are they rare. They are normally seen solitary. 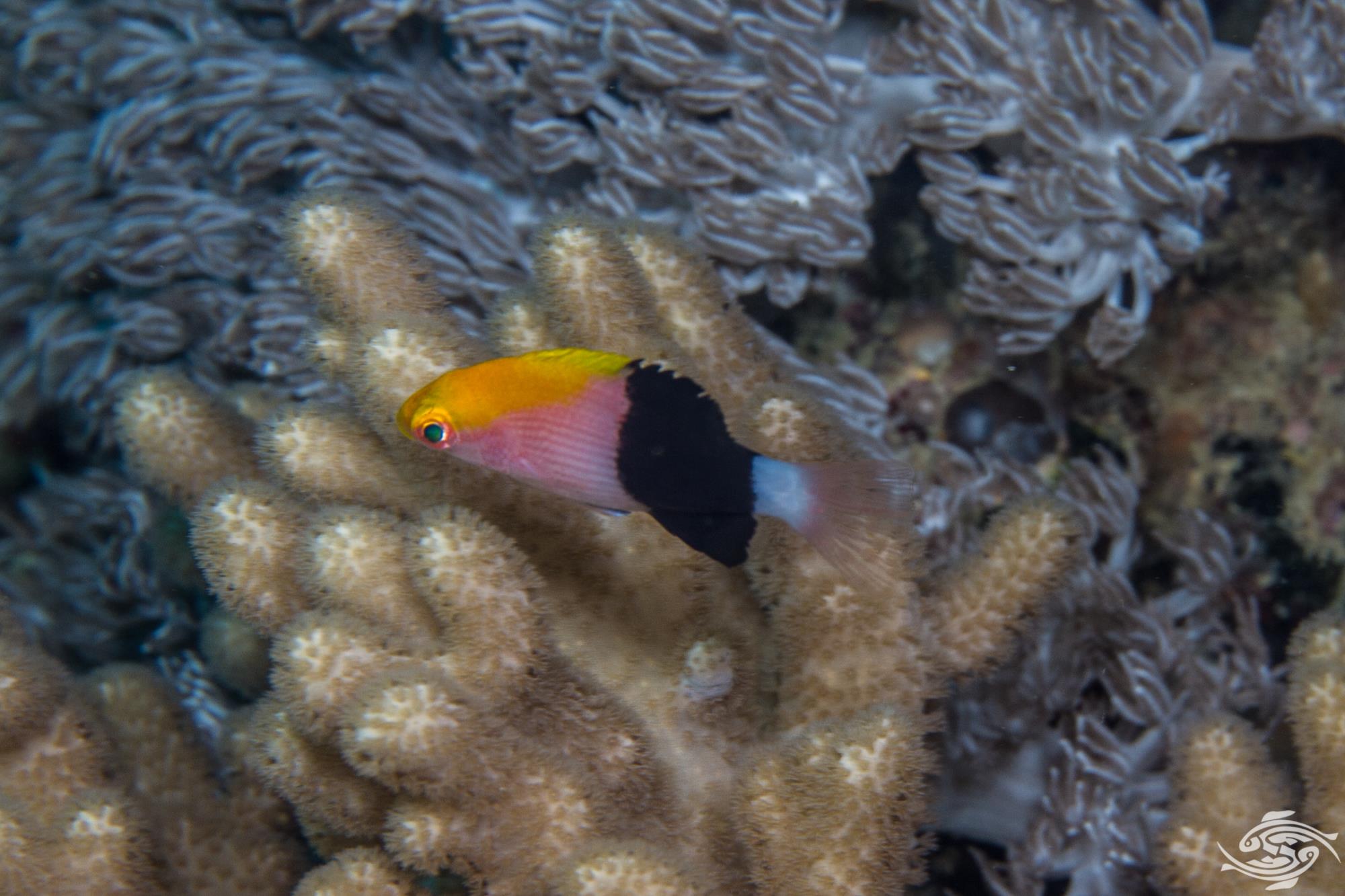 The Saddleback Hogfish is found across the  Indian Ocean from East Africa across to Japan and south to New Caledonia in the Western Pacific. 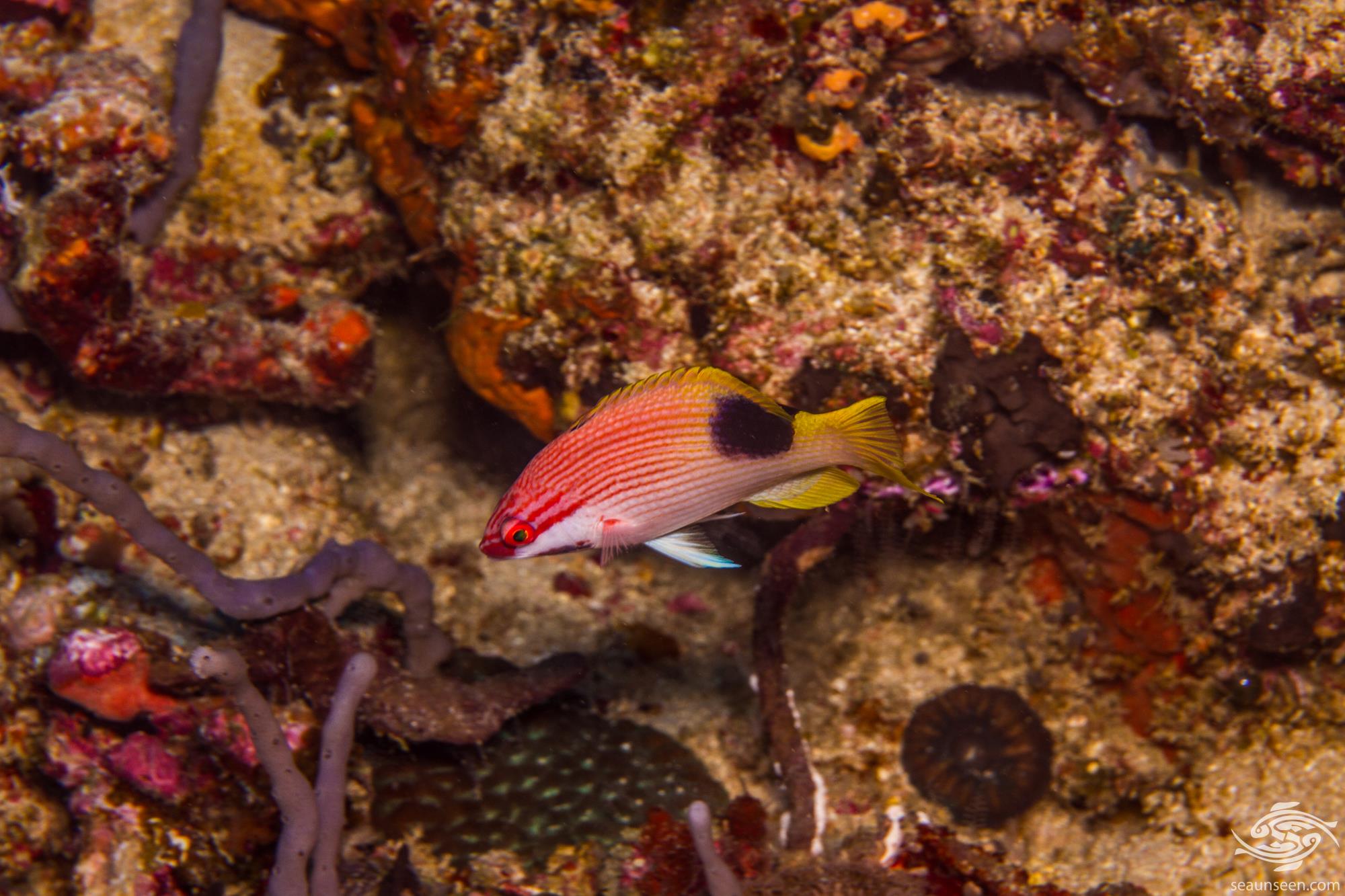 The Saddleback Hogfish feed on small crustaceans and mollusks and usually feed individually. The juveniles have been seen acting as cleaners to other fish but we have never personally seen this behavior. 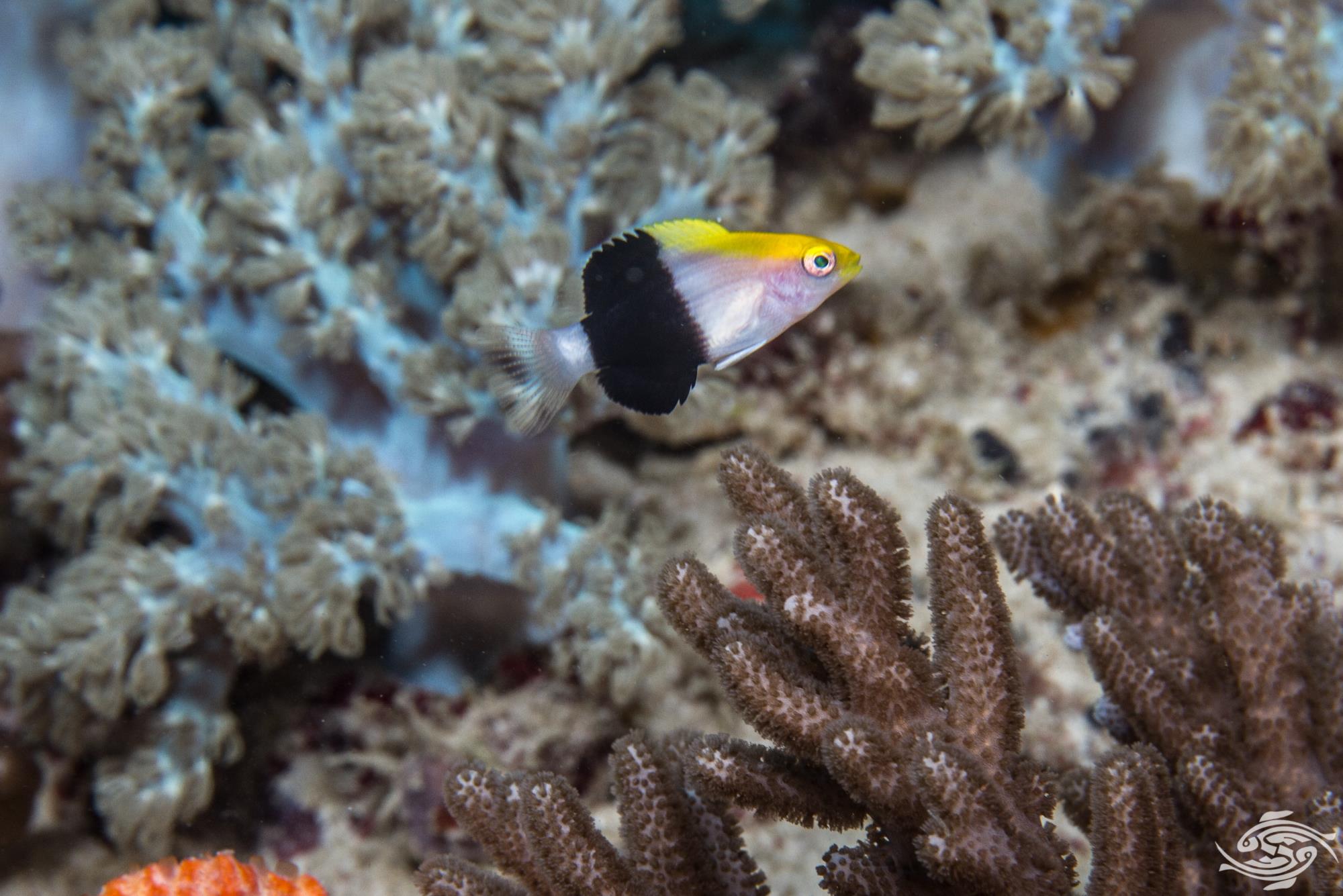 Little seems known of their mating habits , they are oviviparous and distinct pairing takes place. It is probable that some type of haremic structure exists. 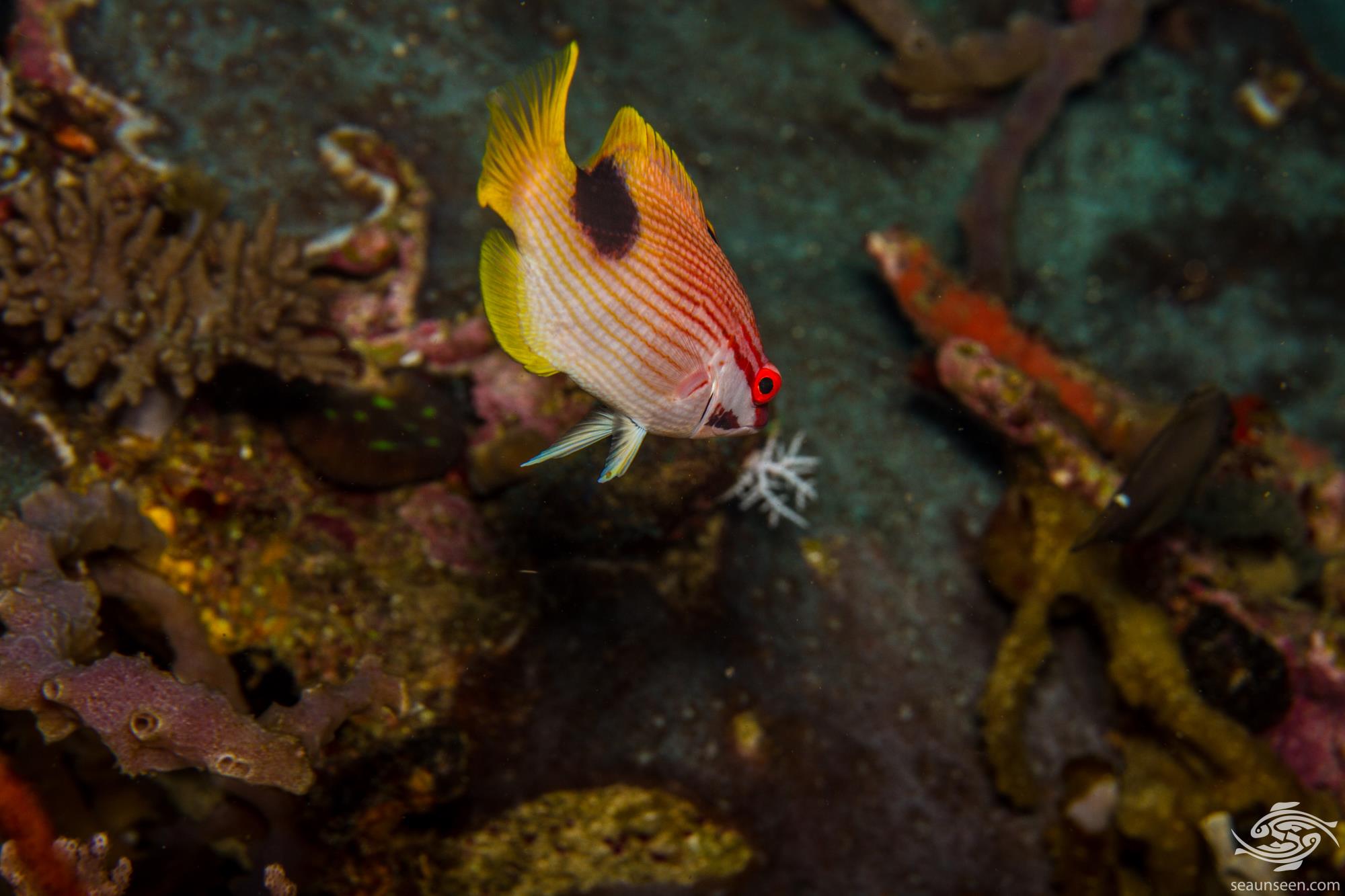 Saddleback Hogfish are kept in aquariums and the juveniles are attractive fish. Given the size that they grow to however they require a large aquarium. As with all wrasses they may become territorial and aggressive towards similar sized fish. They require good hiding places and plenty of water to swim in. A larger tank is therefore a prerequisite. They may also take some time to acclimatize into a tank.