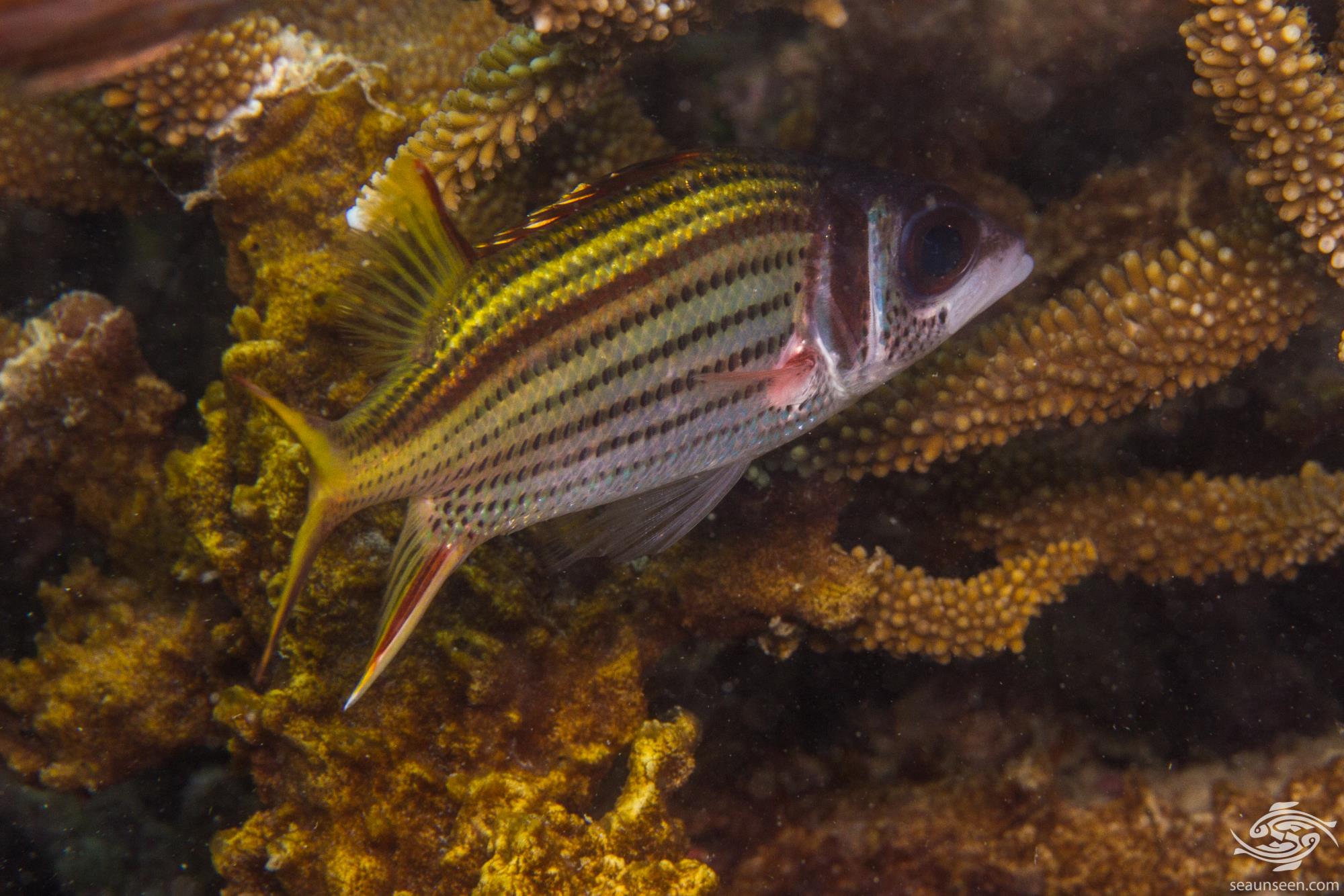 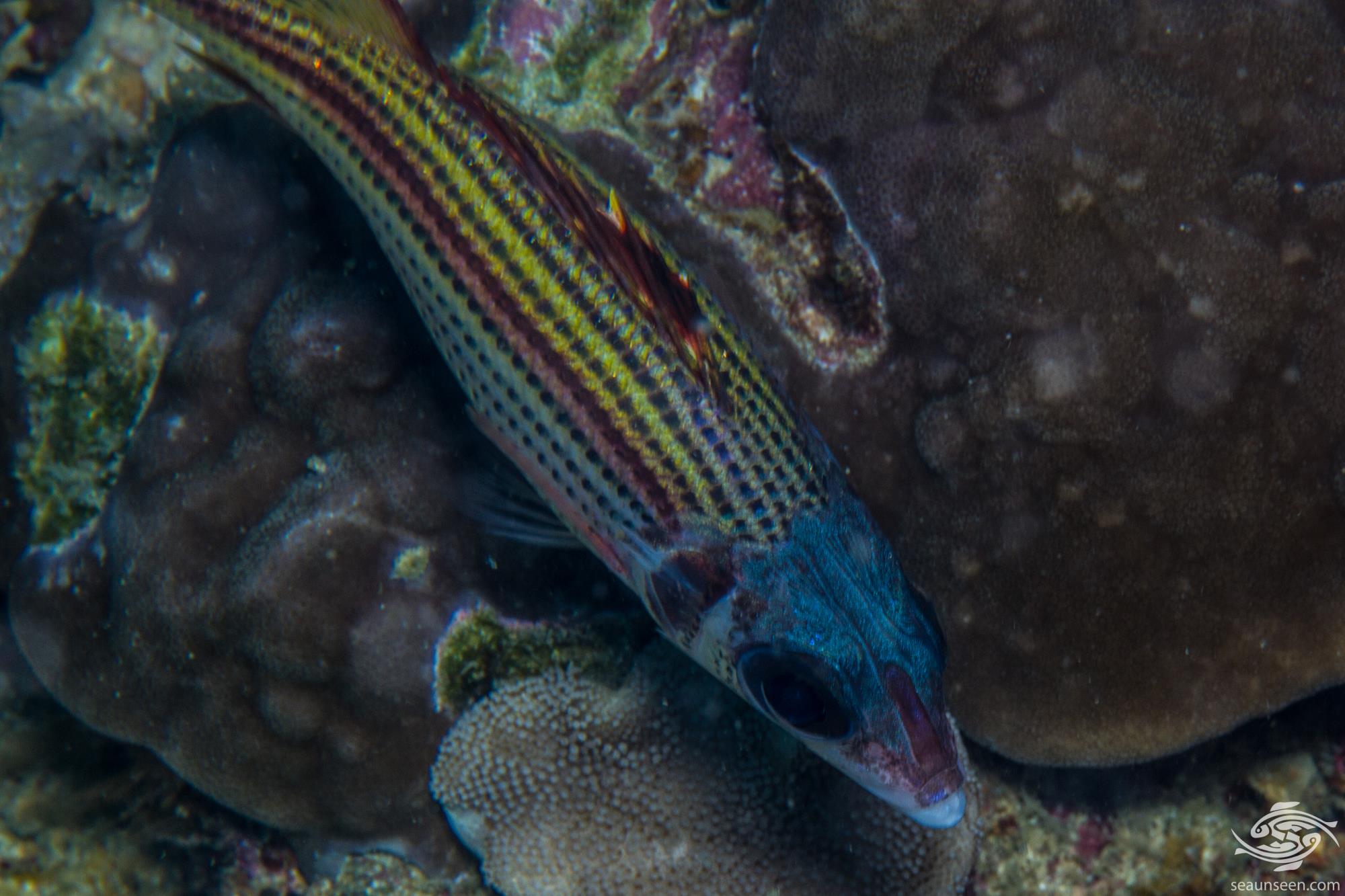 The Sammara Squirrelfish has a typical Squirrelfish shape but the body is not as deep and it is more slender than the other squirrelfish, with a sharper nose. The body is a silver colour with dotted red stripes running horizontally across the body with one stripe being more prominent. The dorsal area has a yellow tint rather than silver and the dorsal fin has white and red on it with a prominent red dot on the forward area which give the fish one of their regional names. The anal and caudal fins are a light translucent yellow with red on the leading edges.  They have a proportionally large eye and are nocturnal feeders. They grow up to 30 cm in length. The fishes in the images are roughly in the 25 centimeter range. 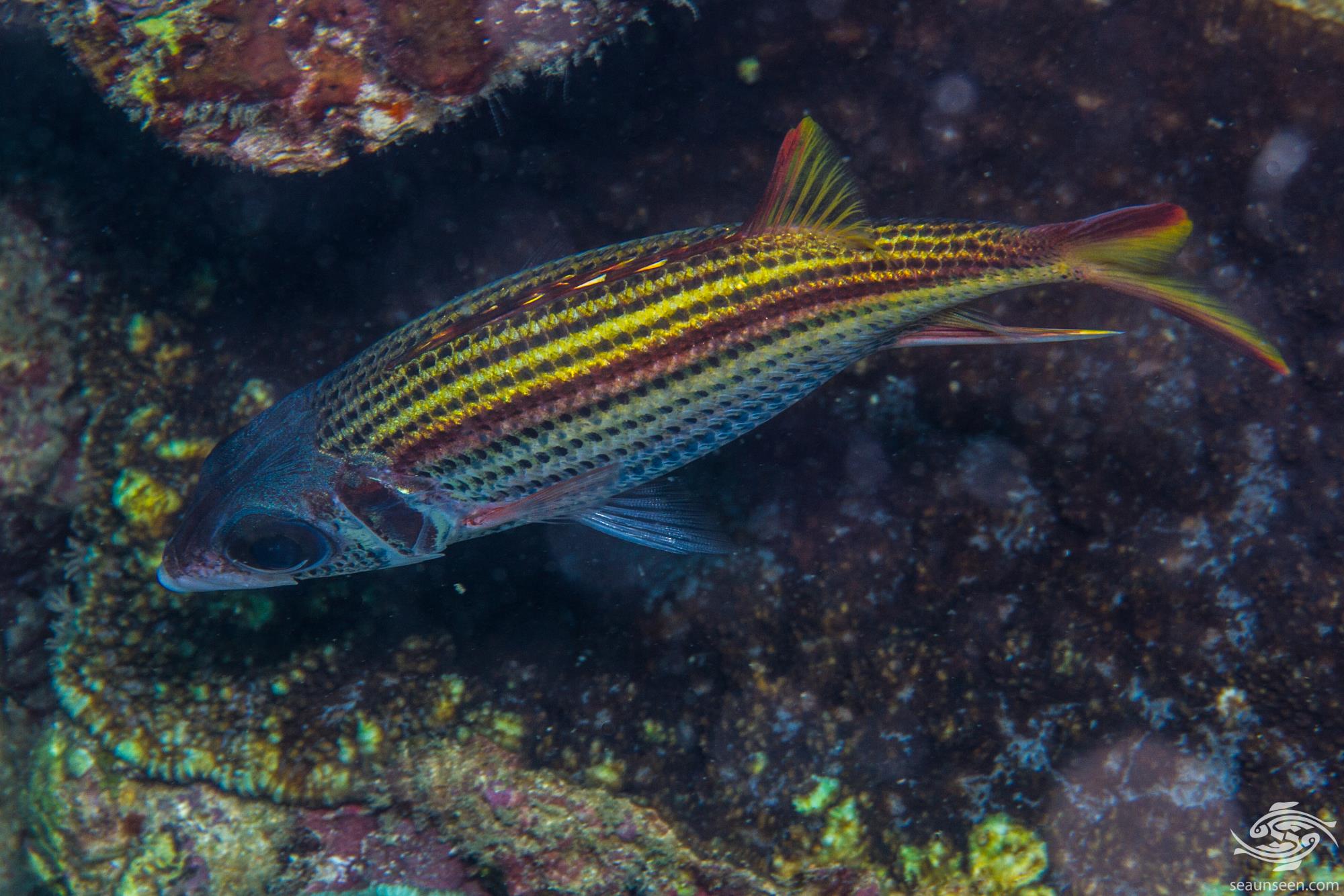 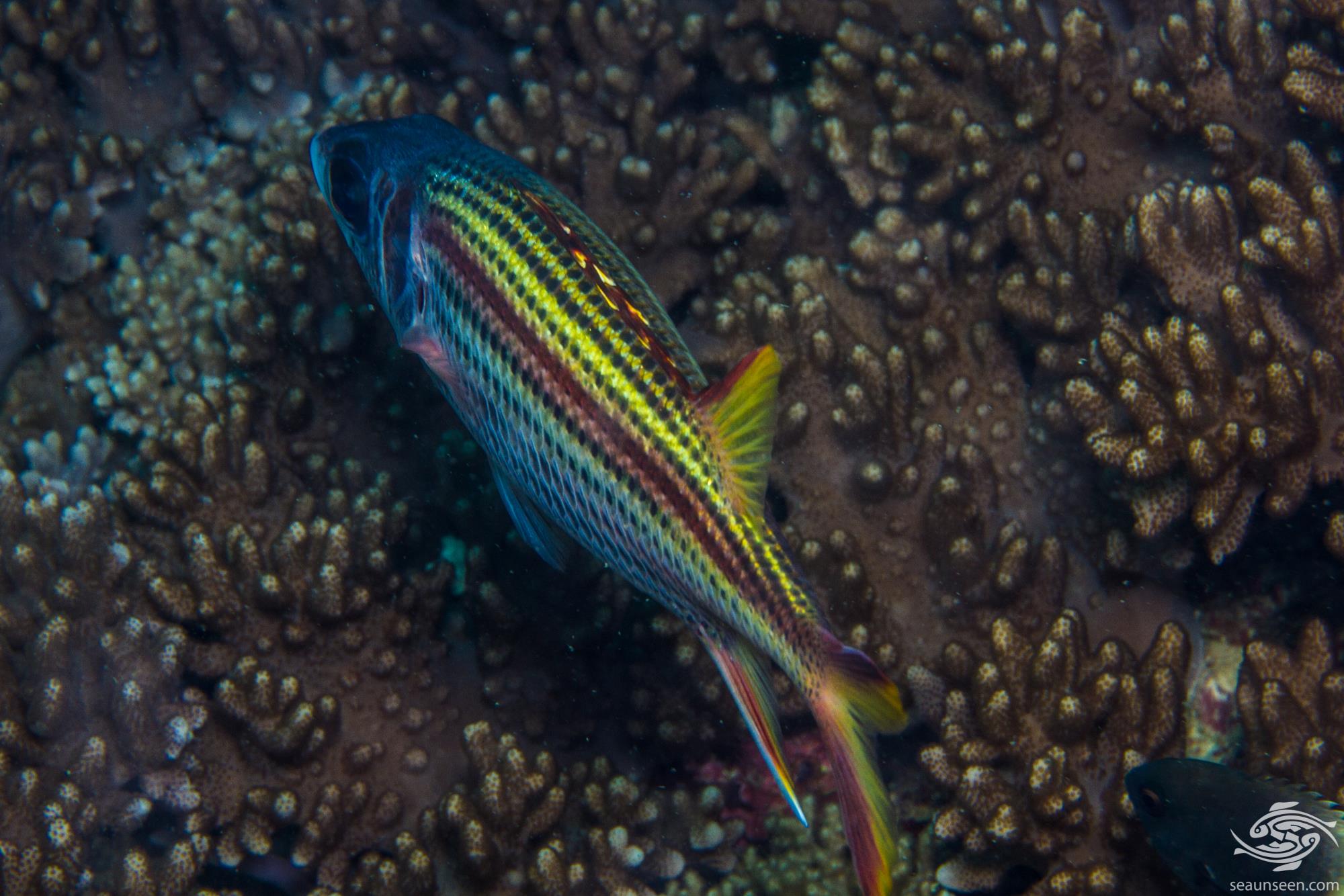 The Sammara squirrelfish is found from the South and East Coasts of Africa across the Indian Ocean Islands to Japan and south to Australia and across to Hawaii. They are usually seen from 12 meters downwards and have been seen on walls in Tanzania to around 30 meters. They have been reported to 46 meters in depth. 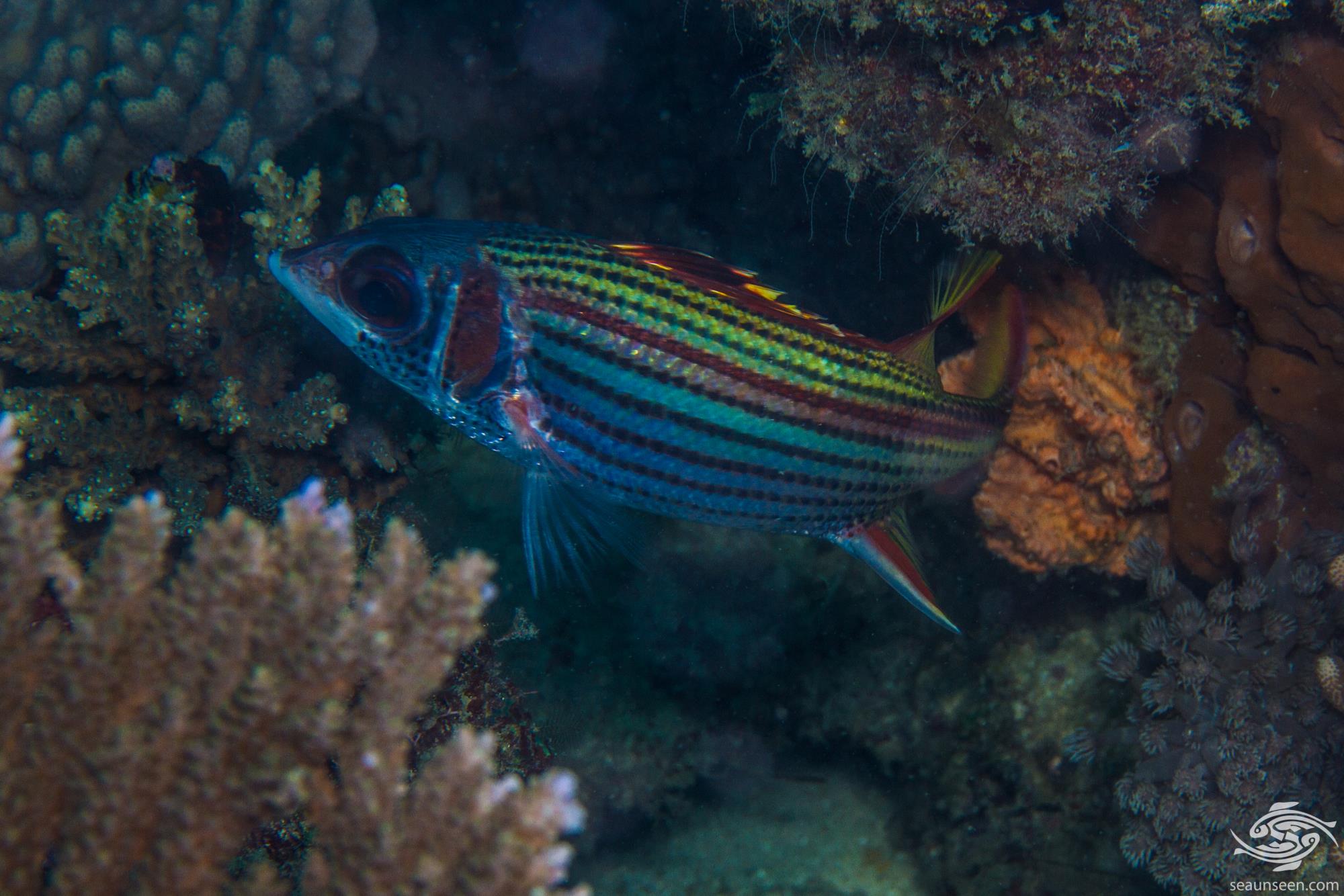 The Sammara squirrelfish are nocturnal feeders , feeding on small fishes and benthic invertebrates. 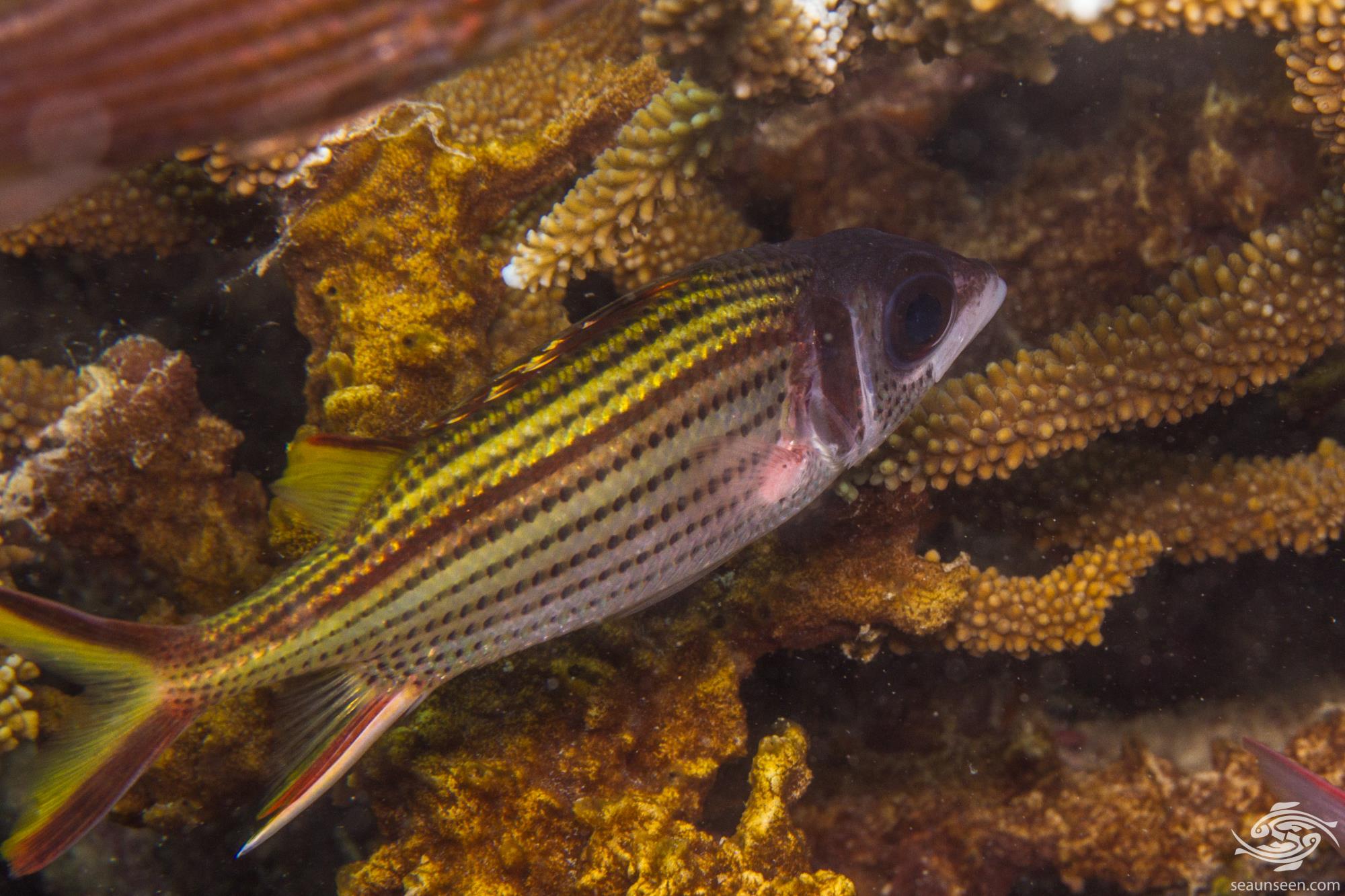 Spawning takes place into the water table and once the eggs hatch the young go into hiding. Little seems known of their mating habits.

They are not exploited commercially and may be eaten by subsistence fishermen.

These fish grow quite large and are not commonly kept in aquariums.  They would almost certainly eat smaller fish if the opportunity arose. Given their nocturnal habits they are probably not for everyone.