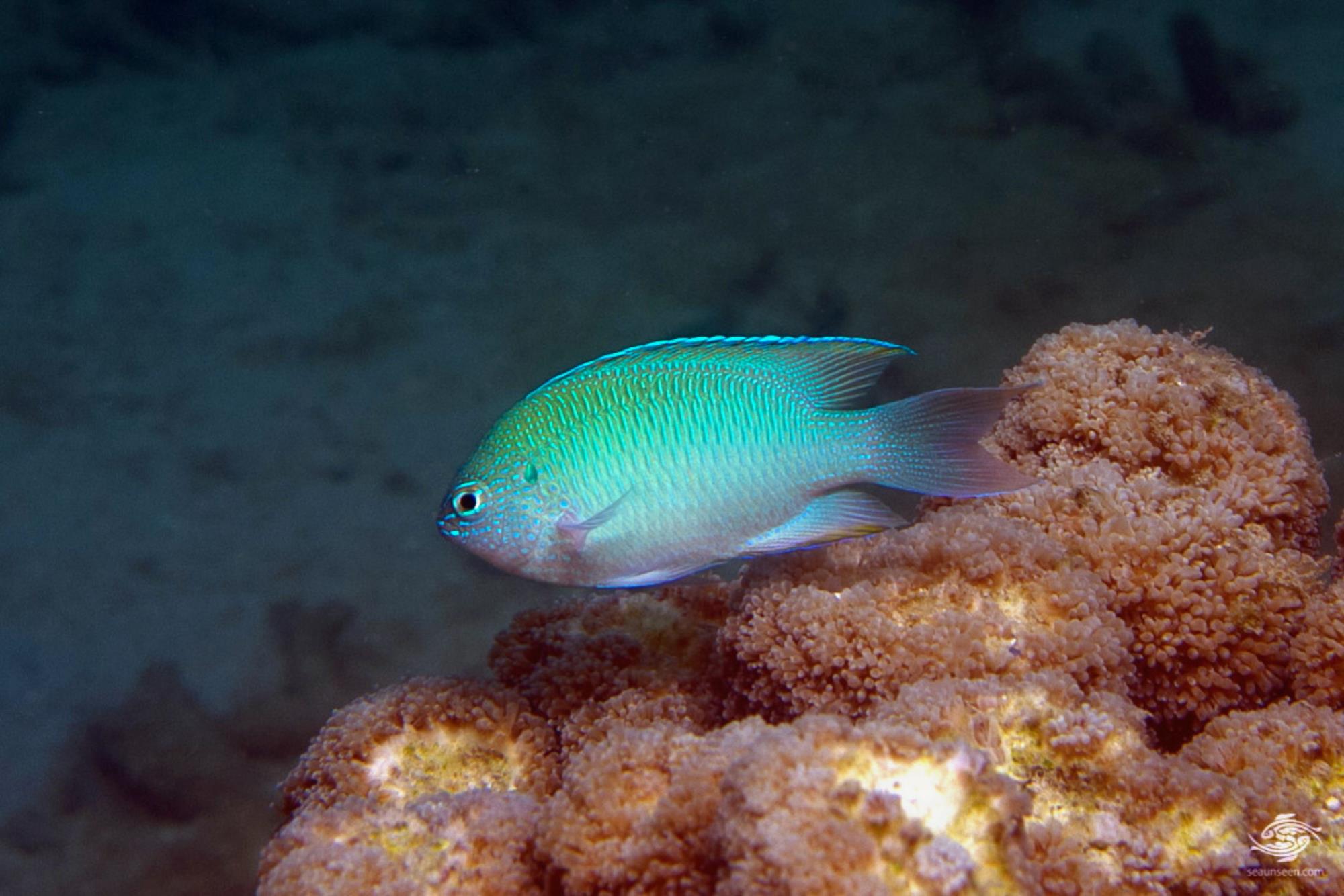 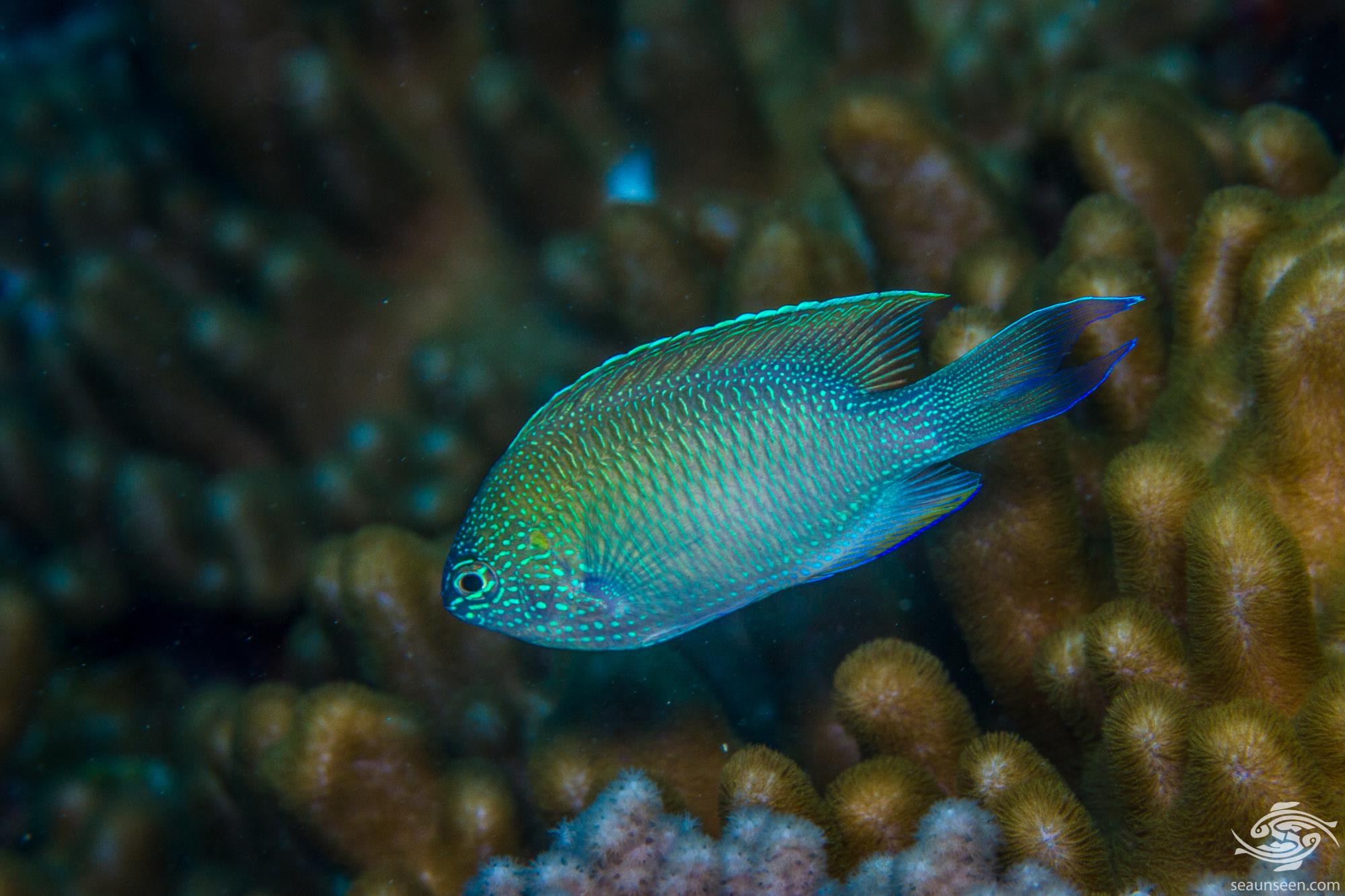 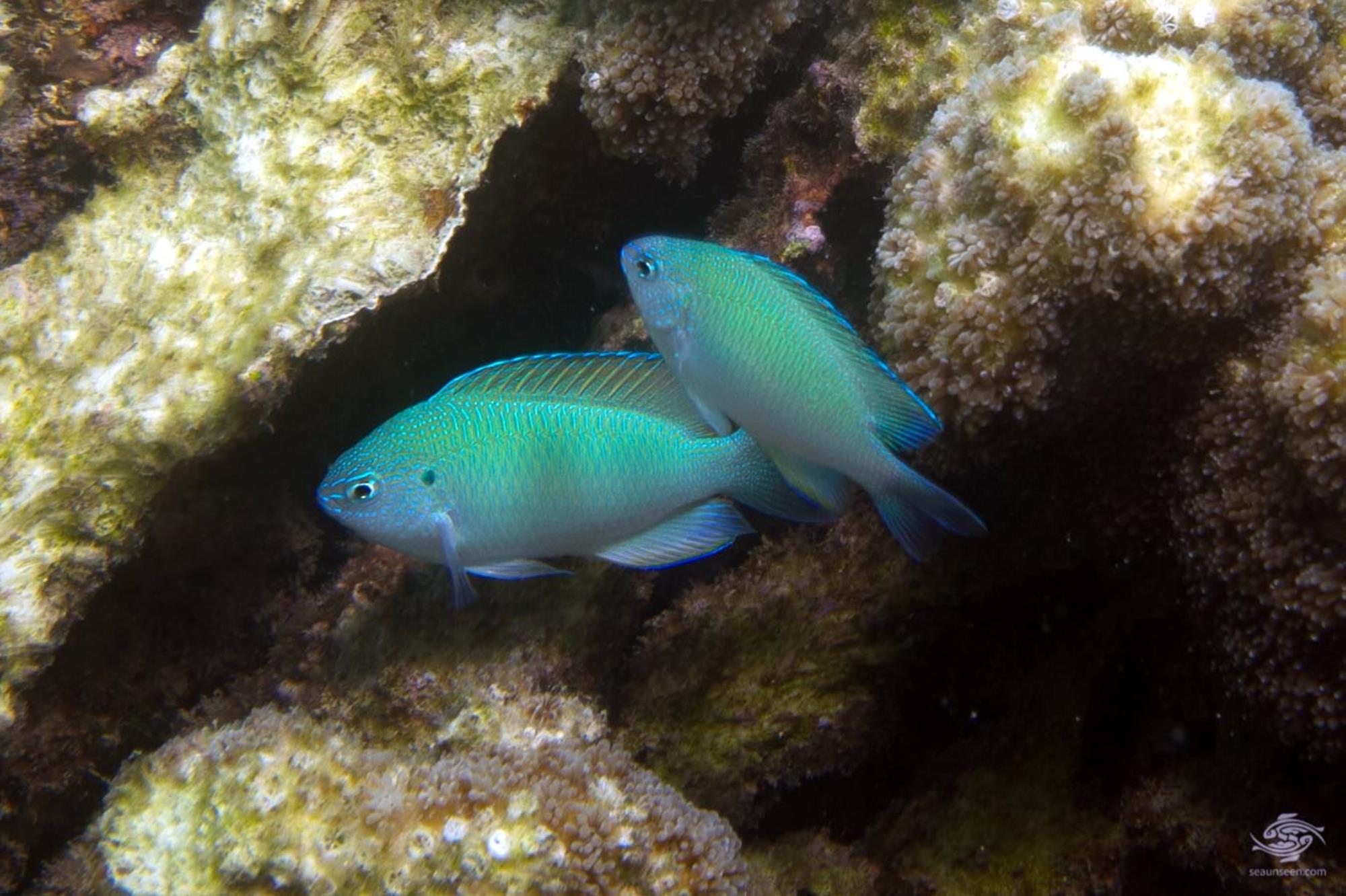 The sapphire damselfish are often found in or around Acropora corals in shoals of up to 30. They are quick to dart into the coral for protection and make a colorful sight as they dart in and out of the coral in unison. They are highly territorial and will always be found in the same area. 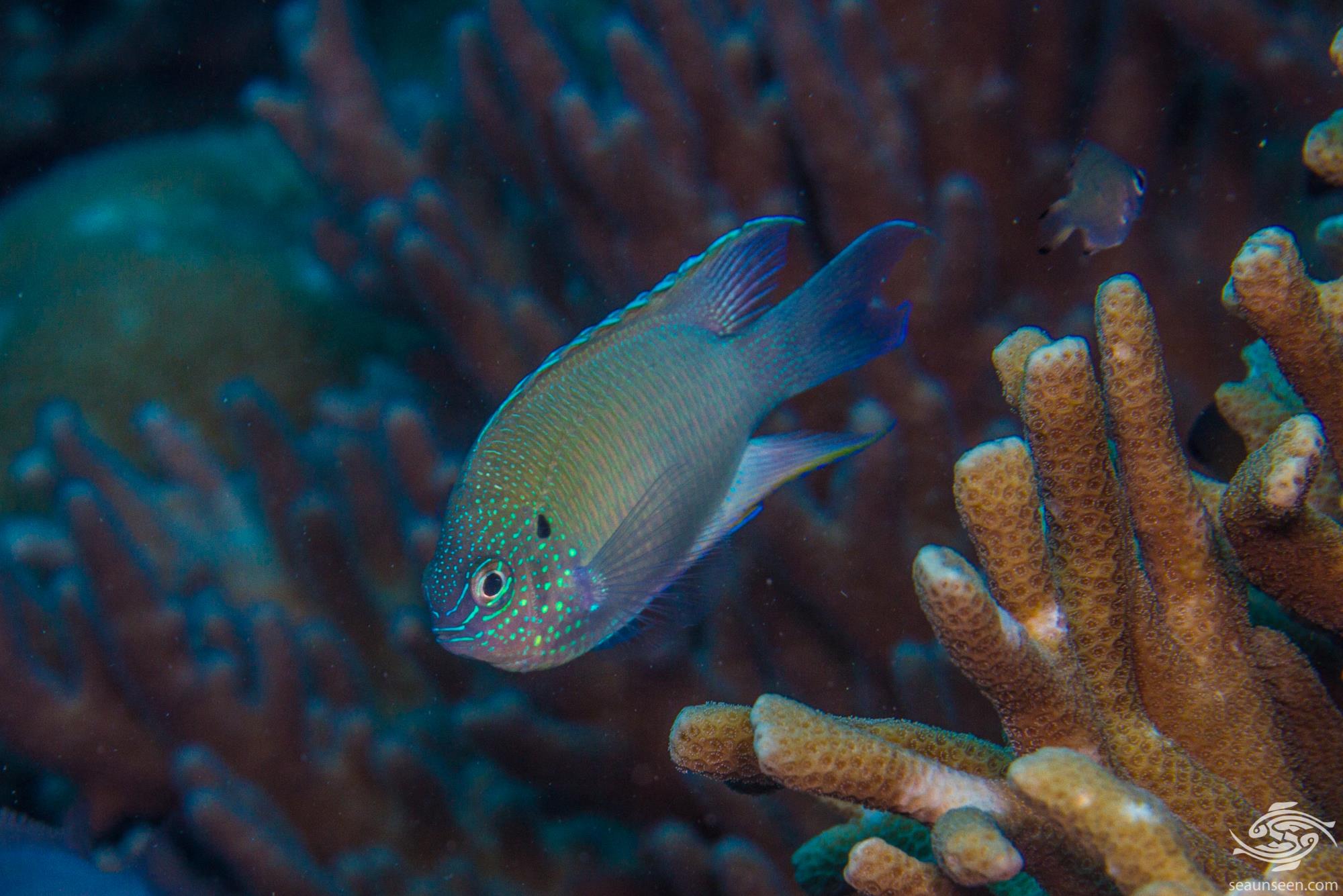 The sapphire damselfish is found across the Indian ocean from East Africa across to Lord Howe Island and north to Taiwan. Usually they are found in the shallower sections of the reef and in Tanzania are seldom if ever seen deeper than 12 meters. 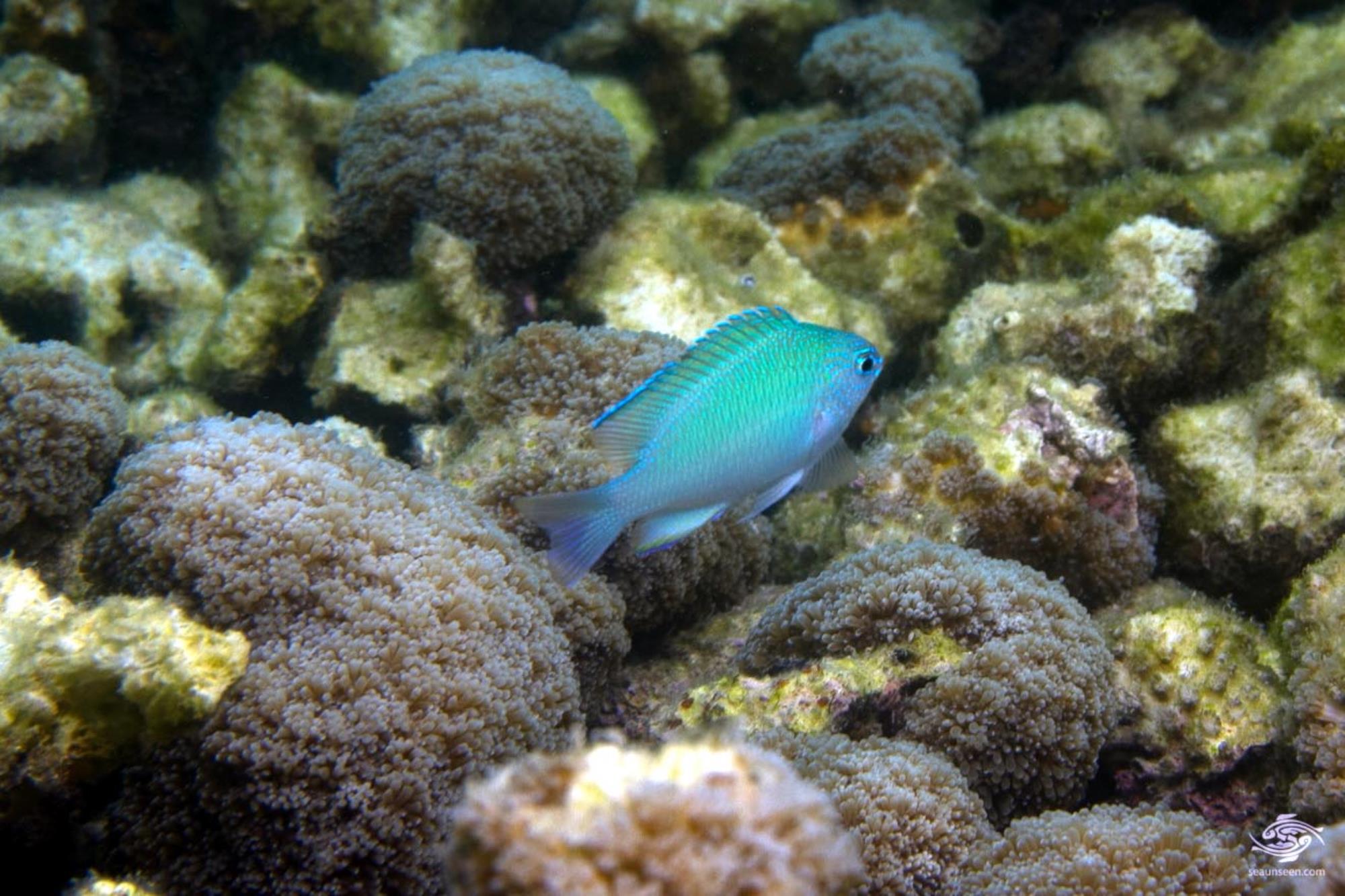 The sapphire damselfish feed on zooplankton and algae.

Pairing before mating has been noted and the eggs are demersal and adhere to the substrate. The males guard and aerate the eggs until they hatch. 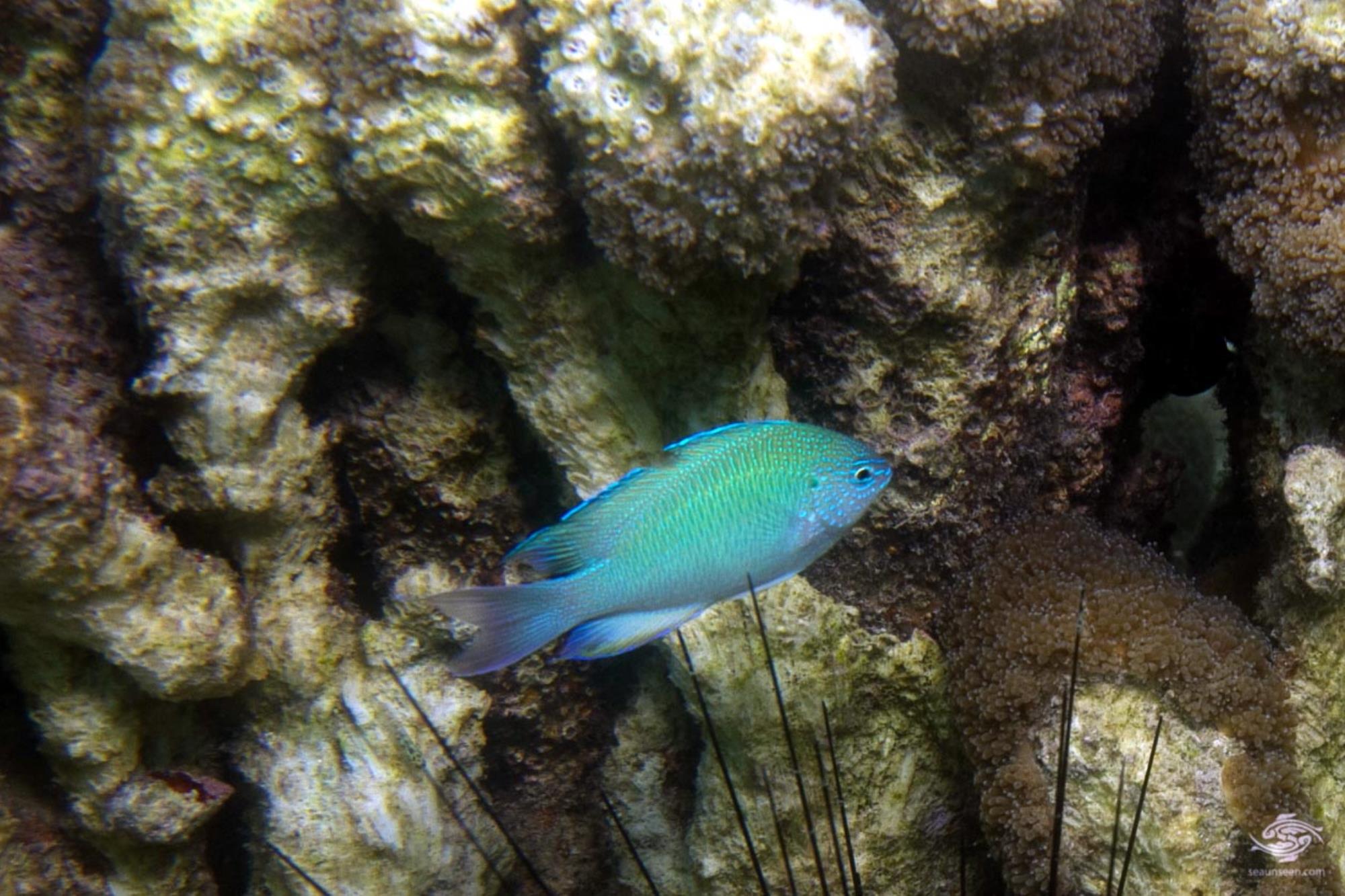 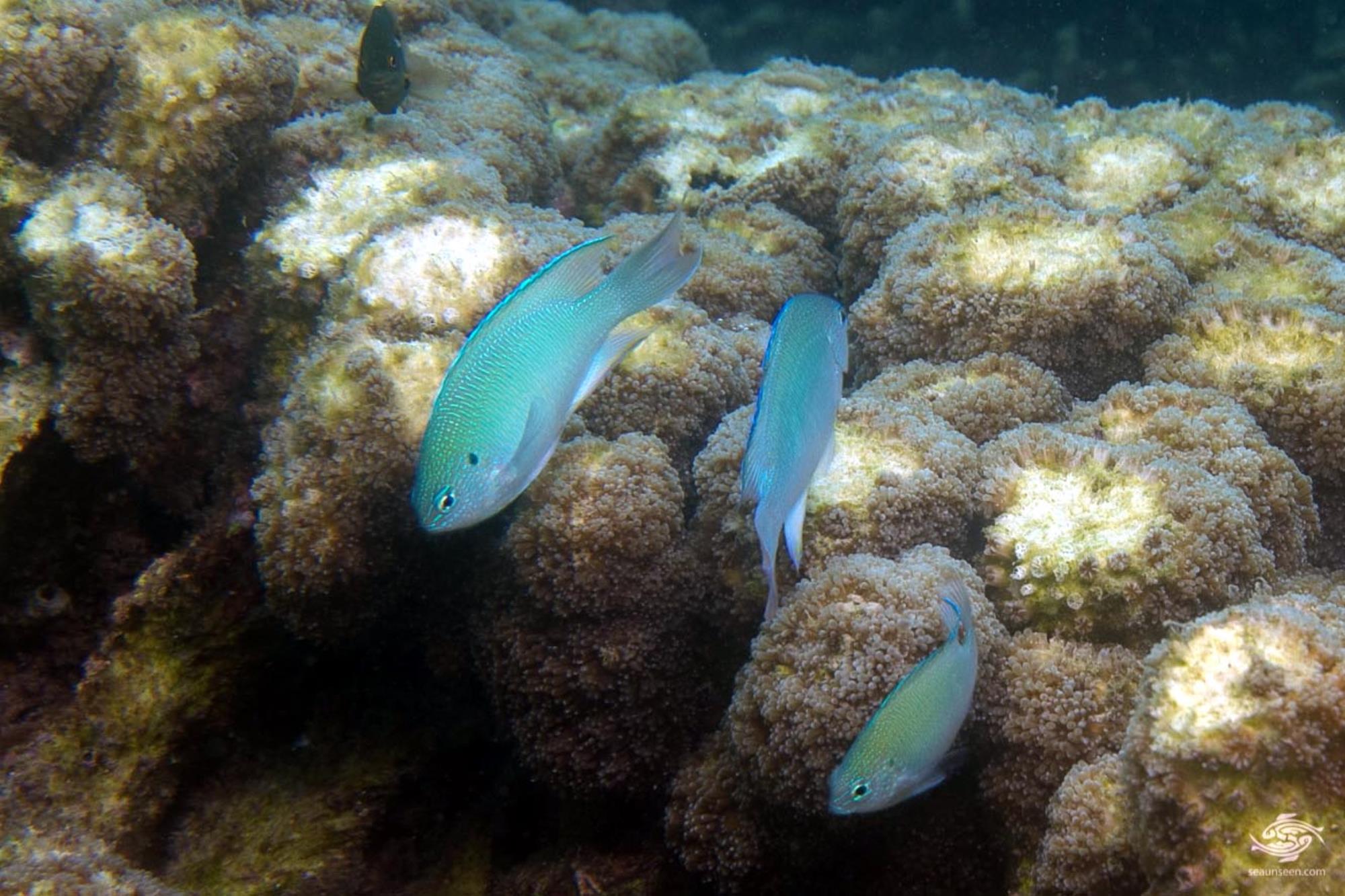