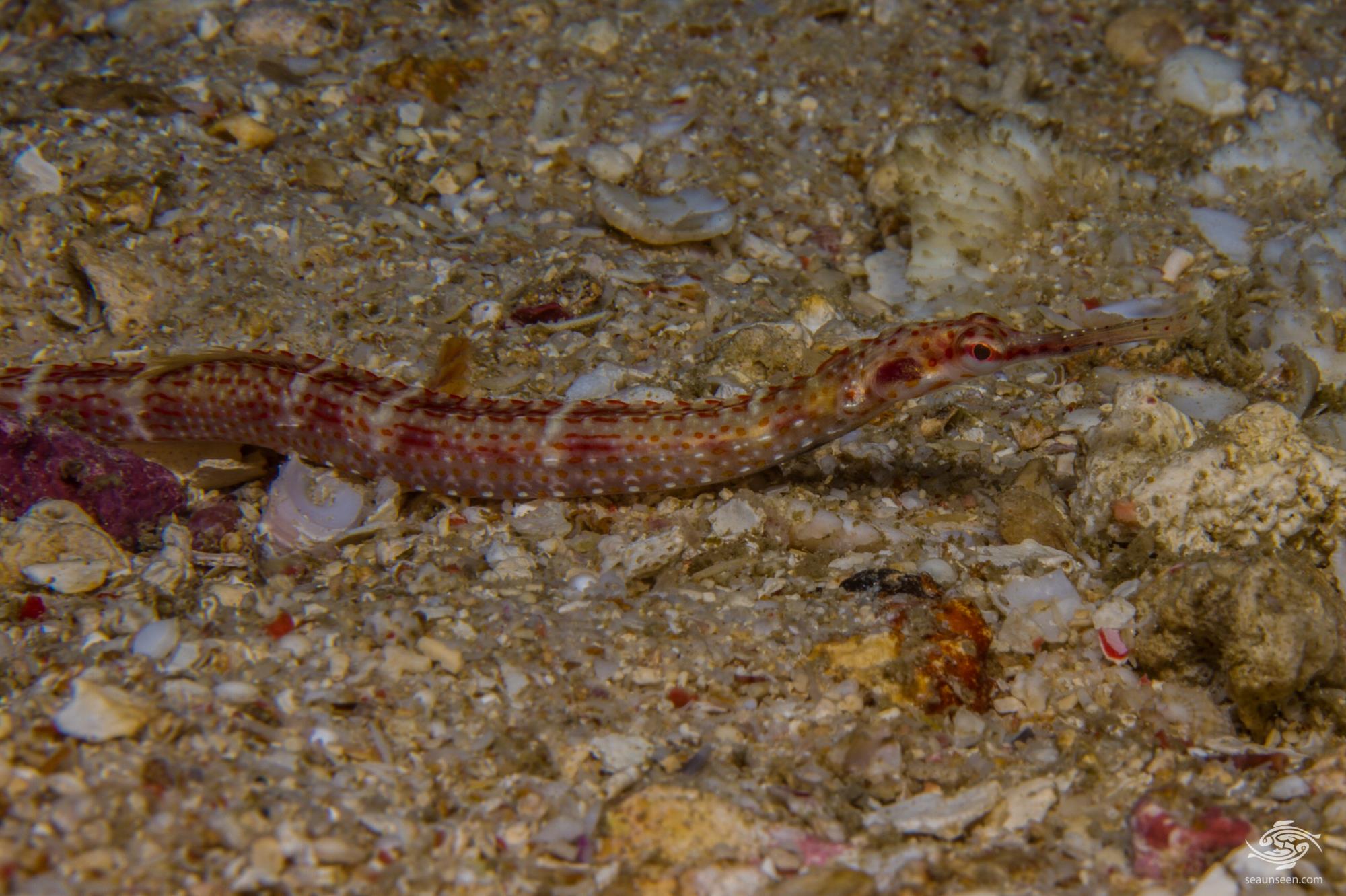 The Schultz’s pipefish (Corythoichthys schultzi) is one of the more commonly seen species of pipefish on the Tanzanian coast. They are easily recognizable by their longer than normal pipette shaped mouth. 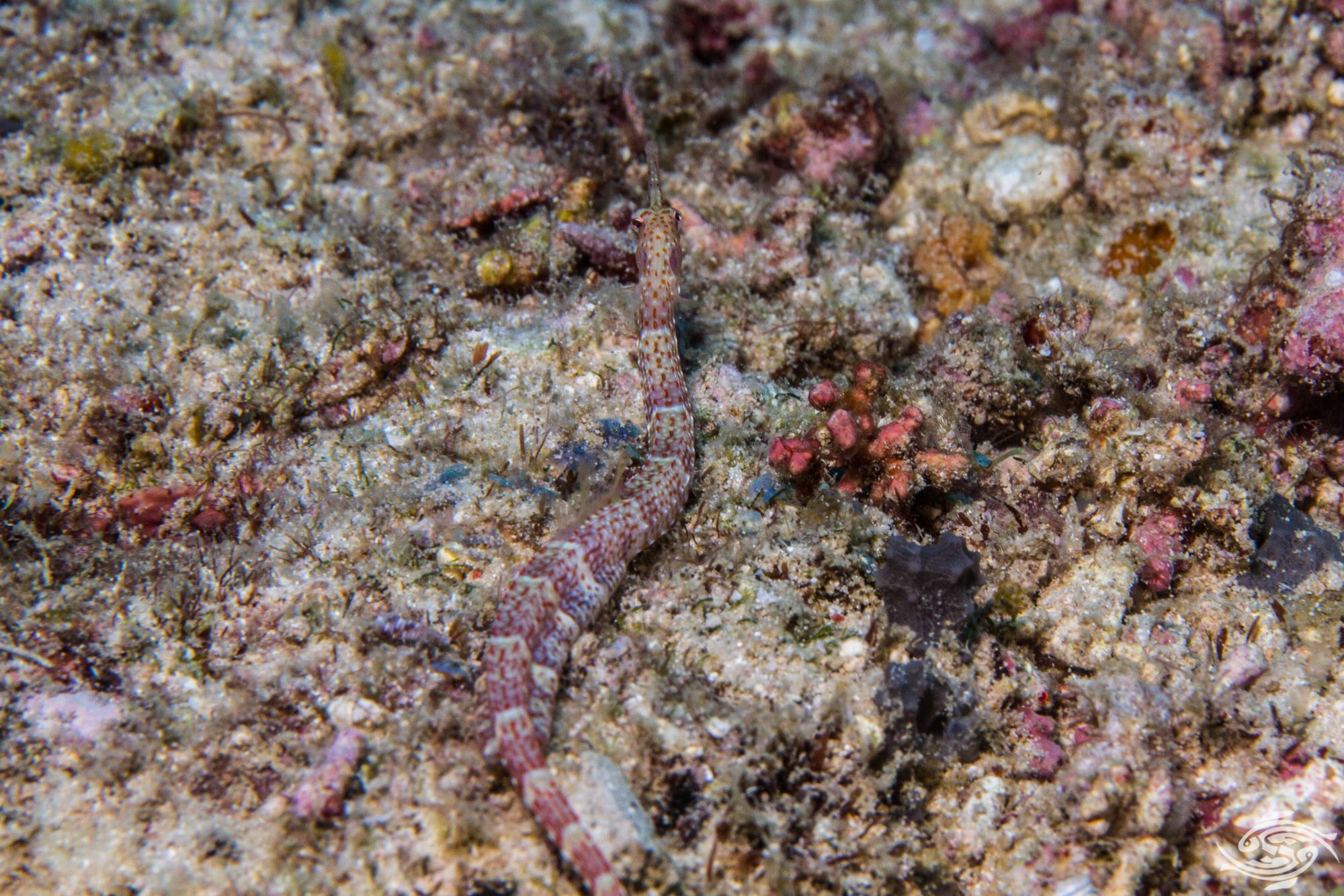 There are a series of irregularly spaced indistinct white bars on the body. The dorsal fin is transparent and the  caudal fin is pinky red.  The mouth is elongated and is far longer proportionately than on other pipefish. In Tanzanian waters they seem to grow up to a maximum of 12 to 14 cm but they are recorded up to 16 cm. 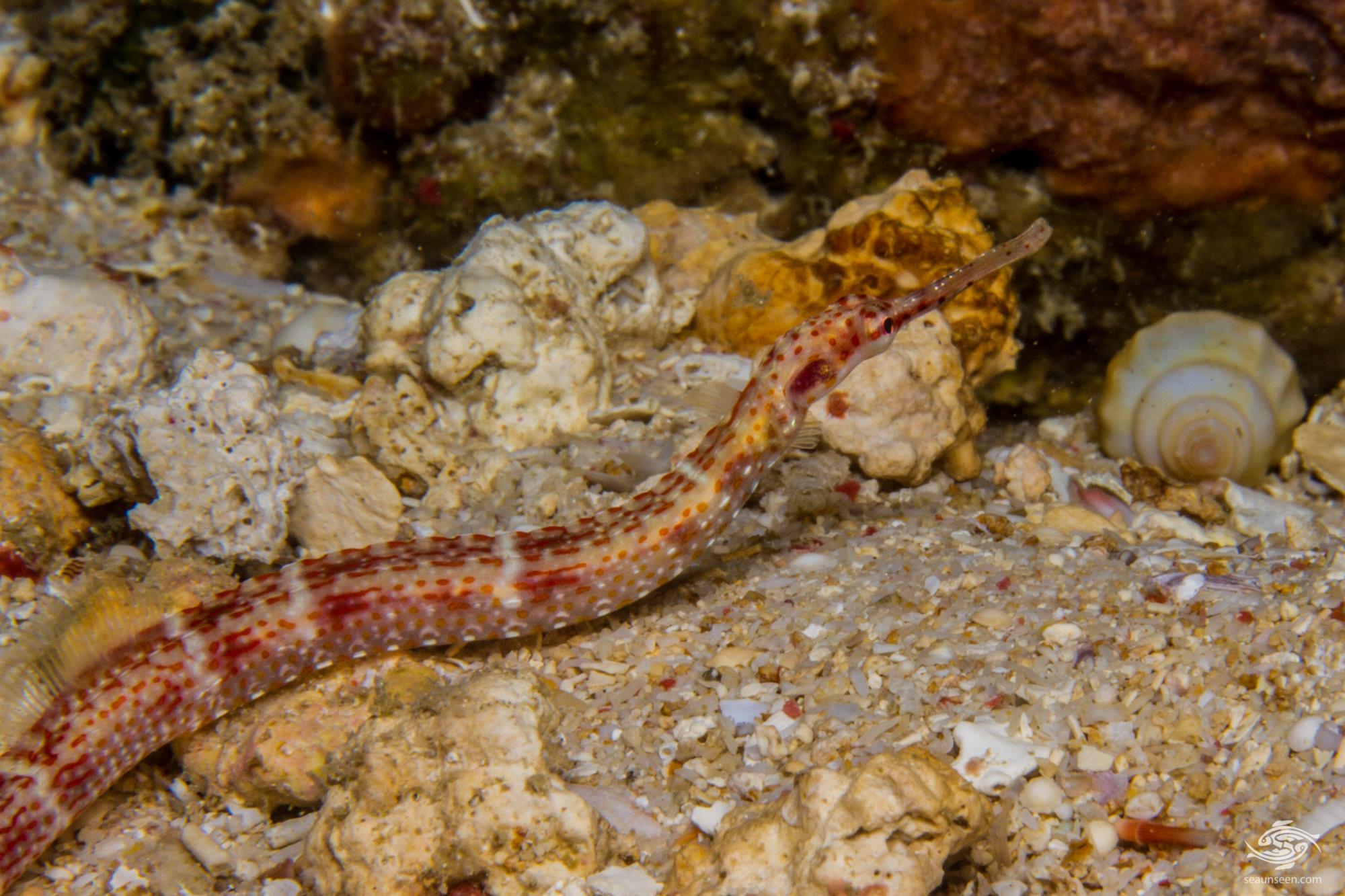 SCHULTZ’S PIPEFISH IN THE WILD

Schultz’s pipefish are usually seen on sandy areas and rubble between the reef and sometimes on the bottom of the substrate underneath overhangs or on the bottom of small caves.  They are quite jumpy and one has to approach them slowly to get close for photographs. If one can find them at night this is the easiest time to photograph them. 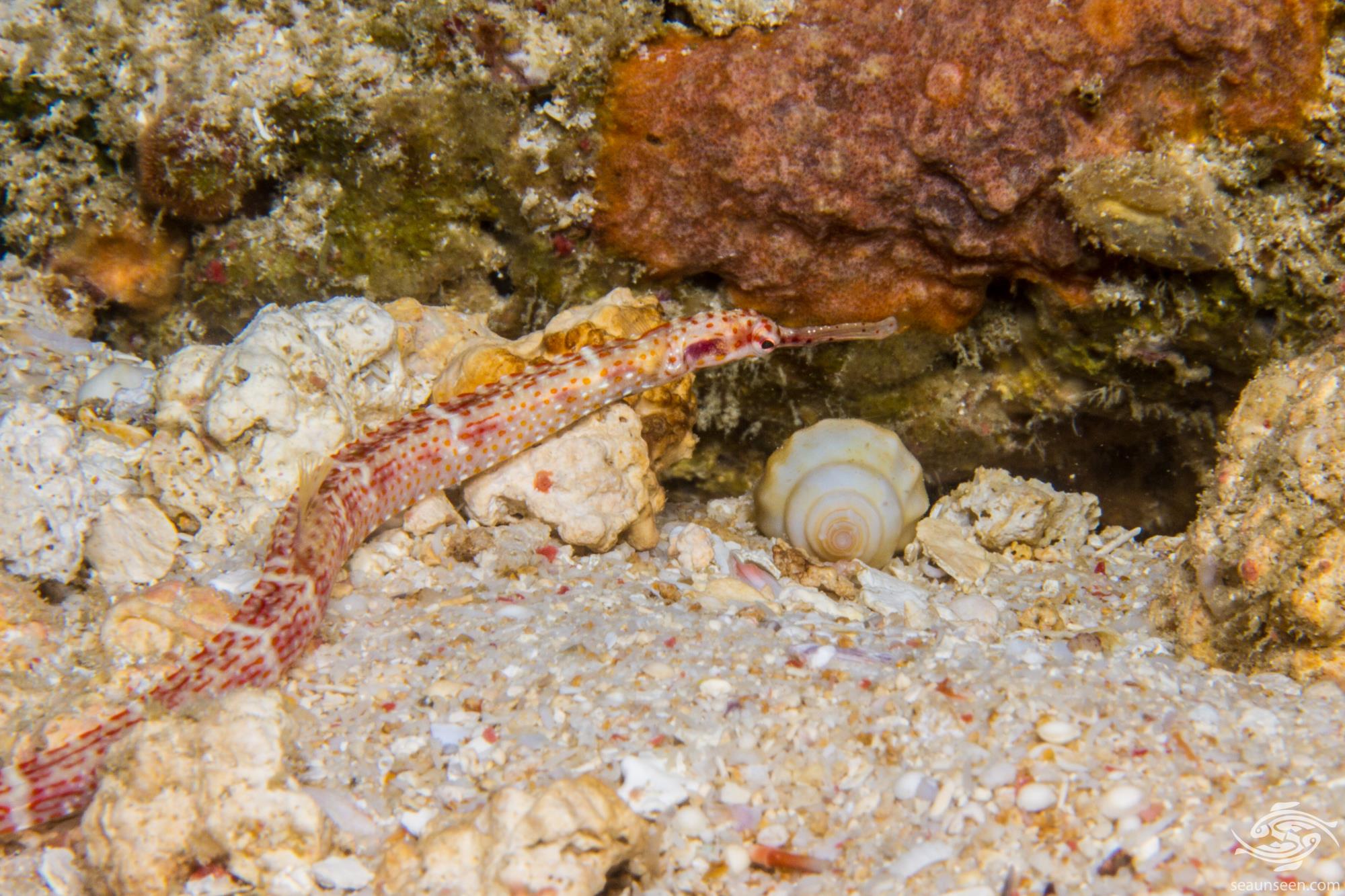 Schultz’s Pipefish is found across the Indo West Pacific area from South Africa, north to the Red Sea  and across to Southern Japan and South to Australia, east to Tonga.  They are found on sandy and rubble areas as well as coral reefs from a depth of 1 to 25 meters. 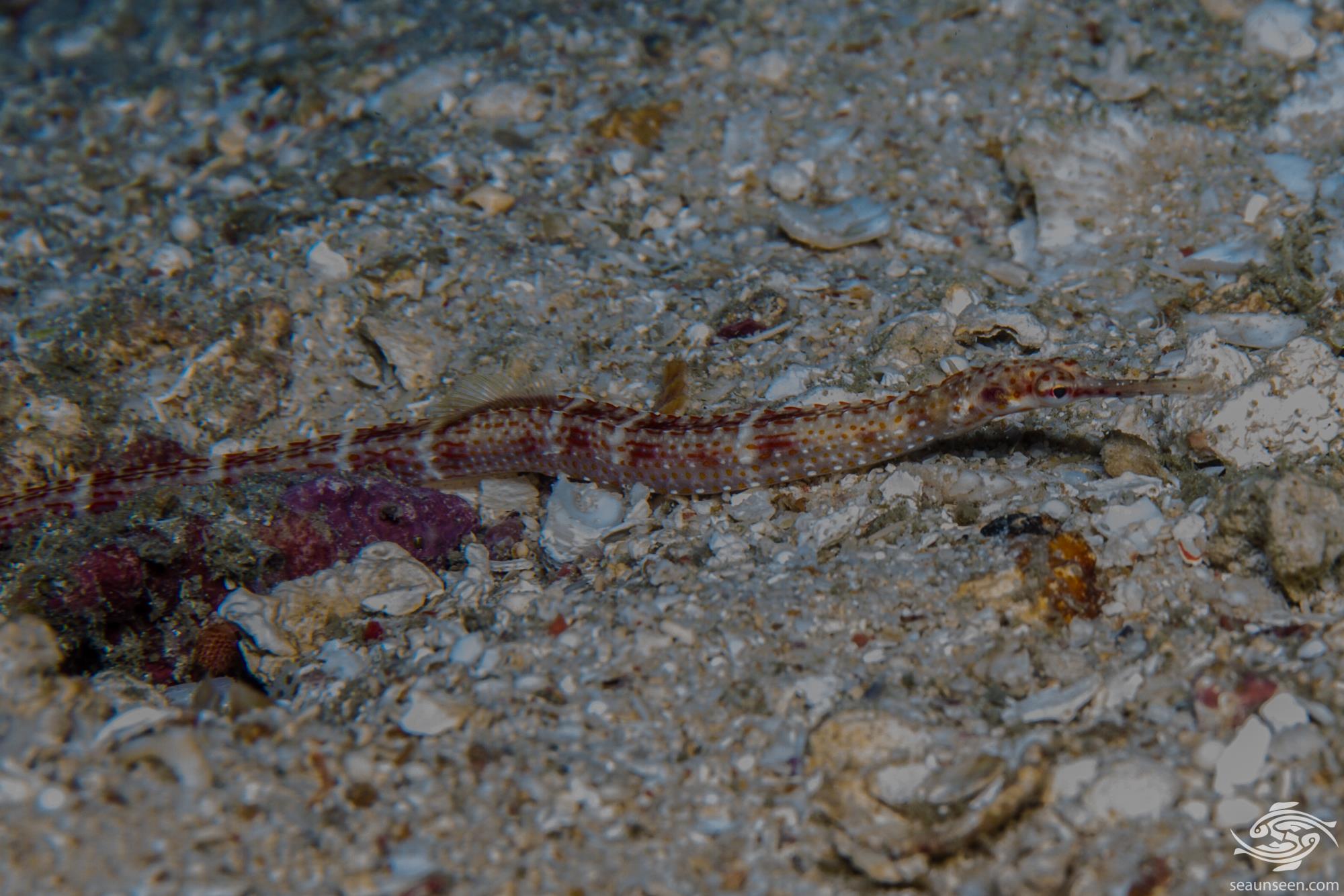 Schultz’s Pipefish feed on small crustaceans, mainly copepods, isopods, amphipods and Mysids. They use their pipette like mouth to suck their prey into their mouths. 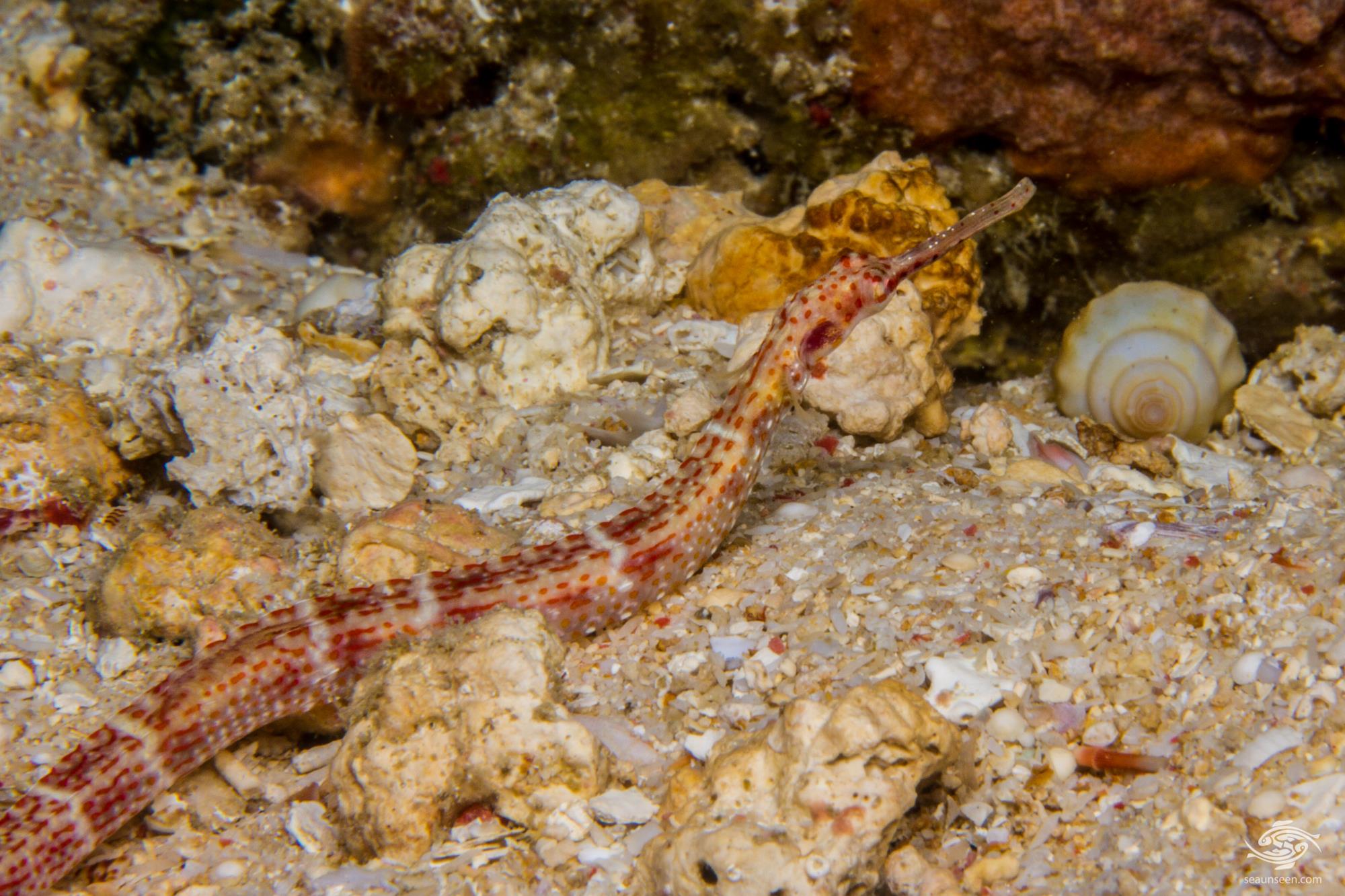 All pipefish are difficult to keep in the sense that they require live food, but if one can get the right cultures going in ones tank then they can be successfully kept. They can initially be fed brine shrimp but it will be necessary to culture Mysids, copepods, isopods and amphipods.

I once kept a pair very successfully for some 18 months without much of a problem. I kept mine in a tank with large numbers of small shrimp which bred regularly, producing a steady supply of food for the pipefish who seemed to thrive on this diet. It might be worth trying. 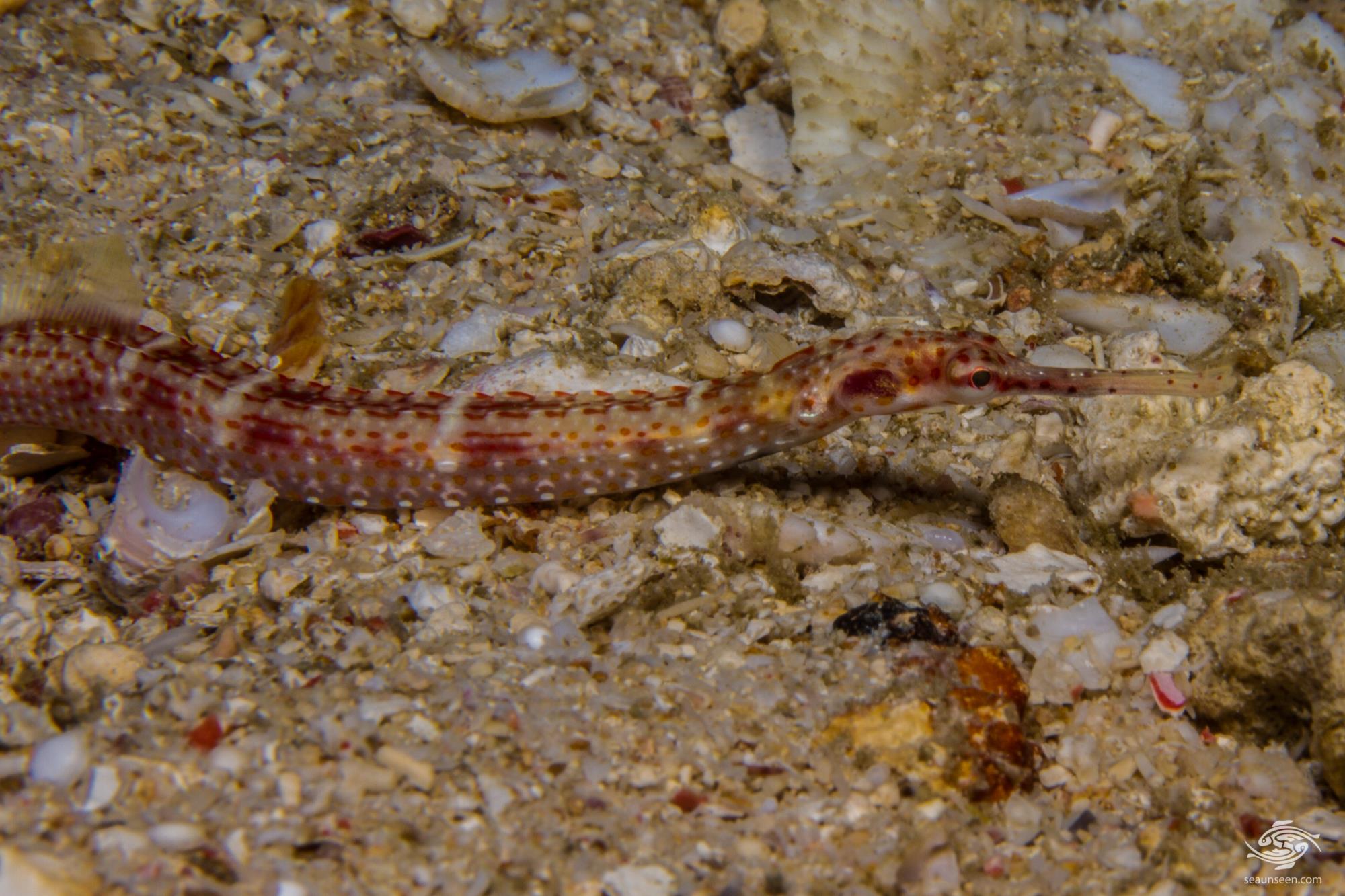