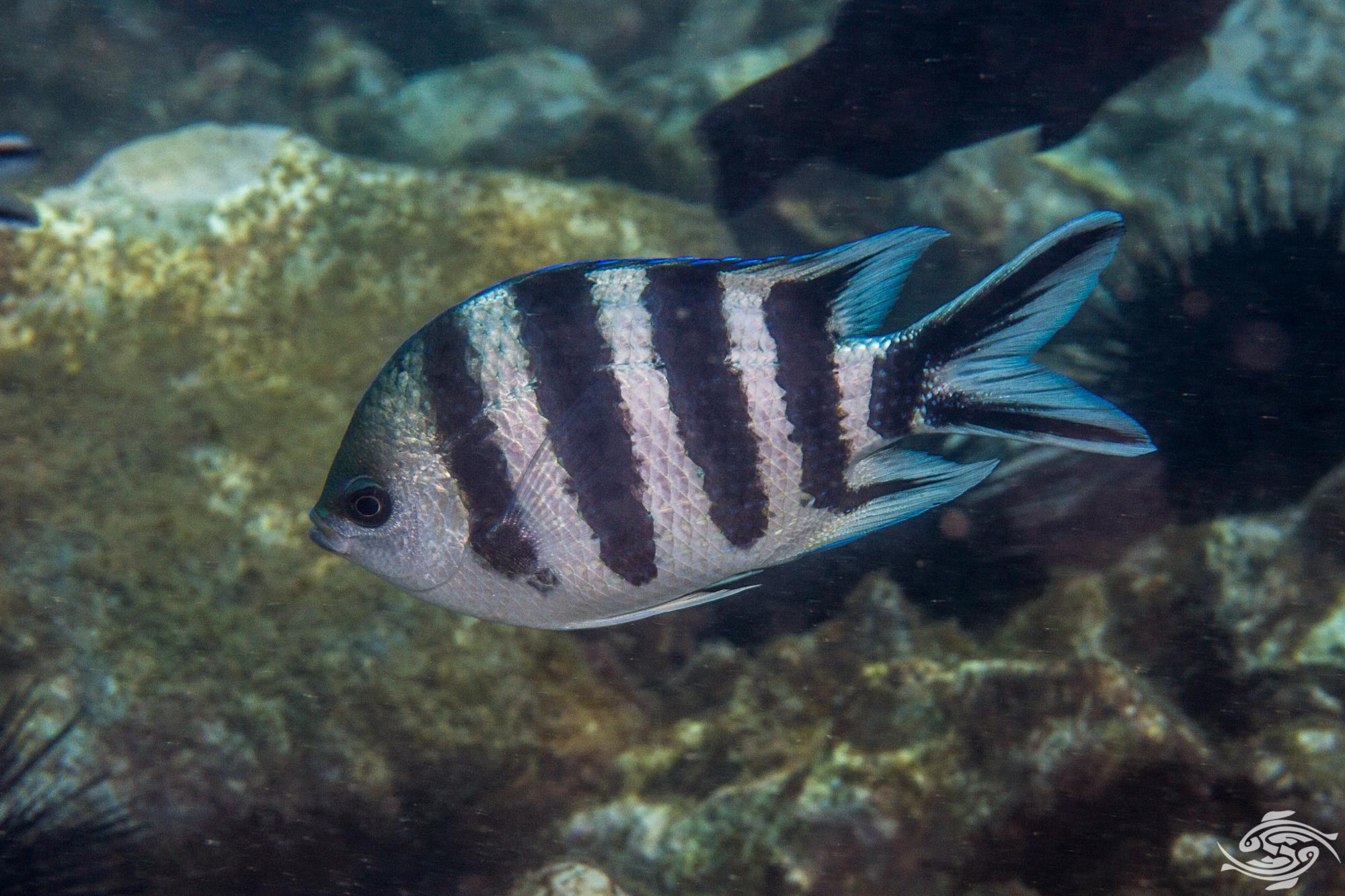 The Scissortail Sergeant (Abudefduf sexfasciatus) is also known as the Striptailed Damselfish and Six-banded Sergeant-major.  They are a relatively common fish on Tanzanian reefs. 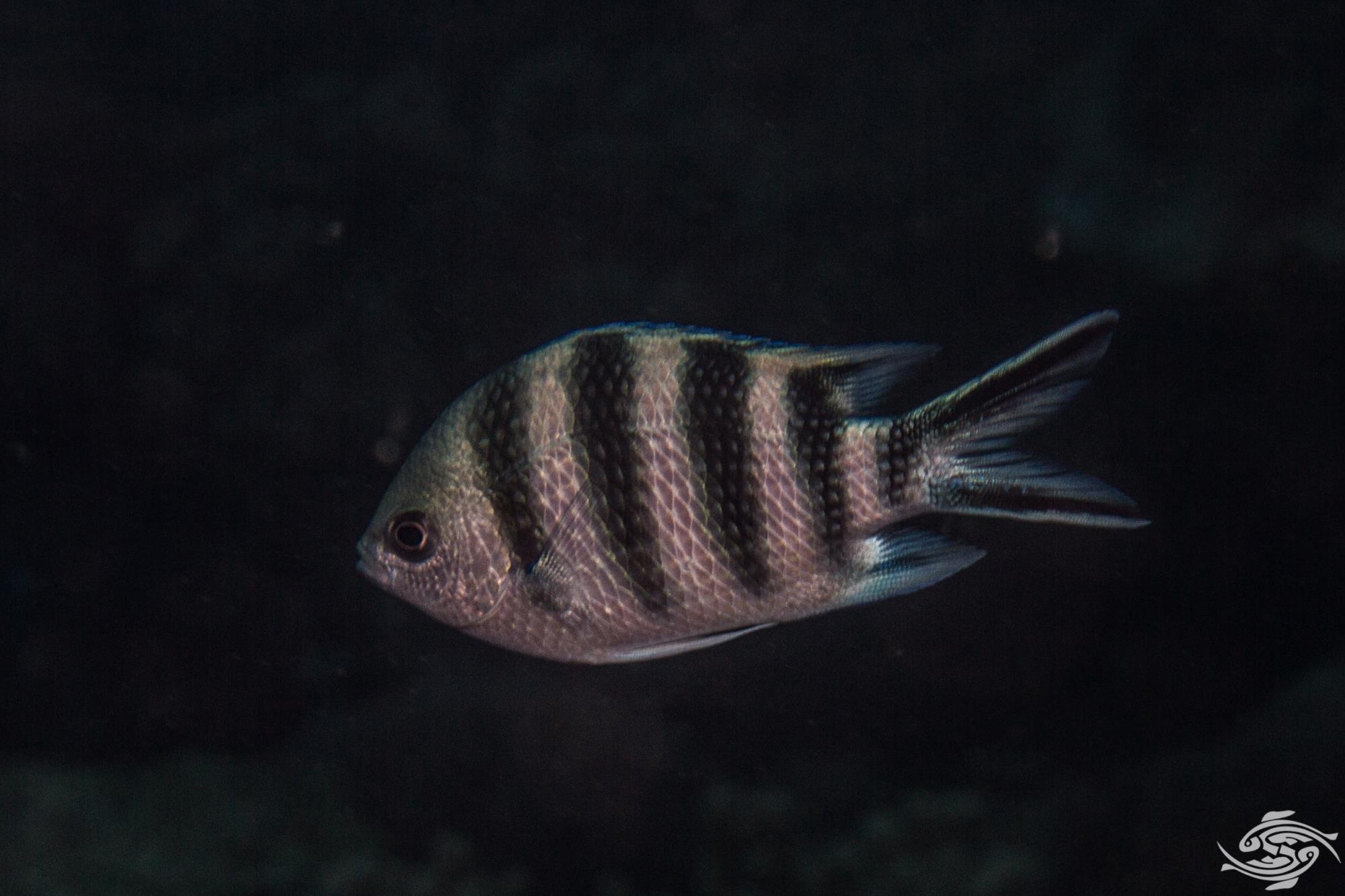 SCISSORTAIL SERGEANT IN THE WILD

They are fairly common fish on Tanzanian reefs. Usually they are seen in numbers on protected and semi protected reefs to a depth of 12 to 18 meters and are most often seen in small loose groups near a feature on the reef. They are occasionally seen singularly particularly on the shallower reefs. They appear to be territorial and if one returns to the same spot they will be there. On the deeper reefs they are often seen swimming several meters above the substrate. 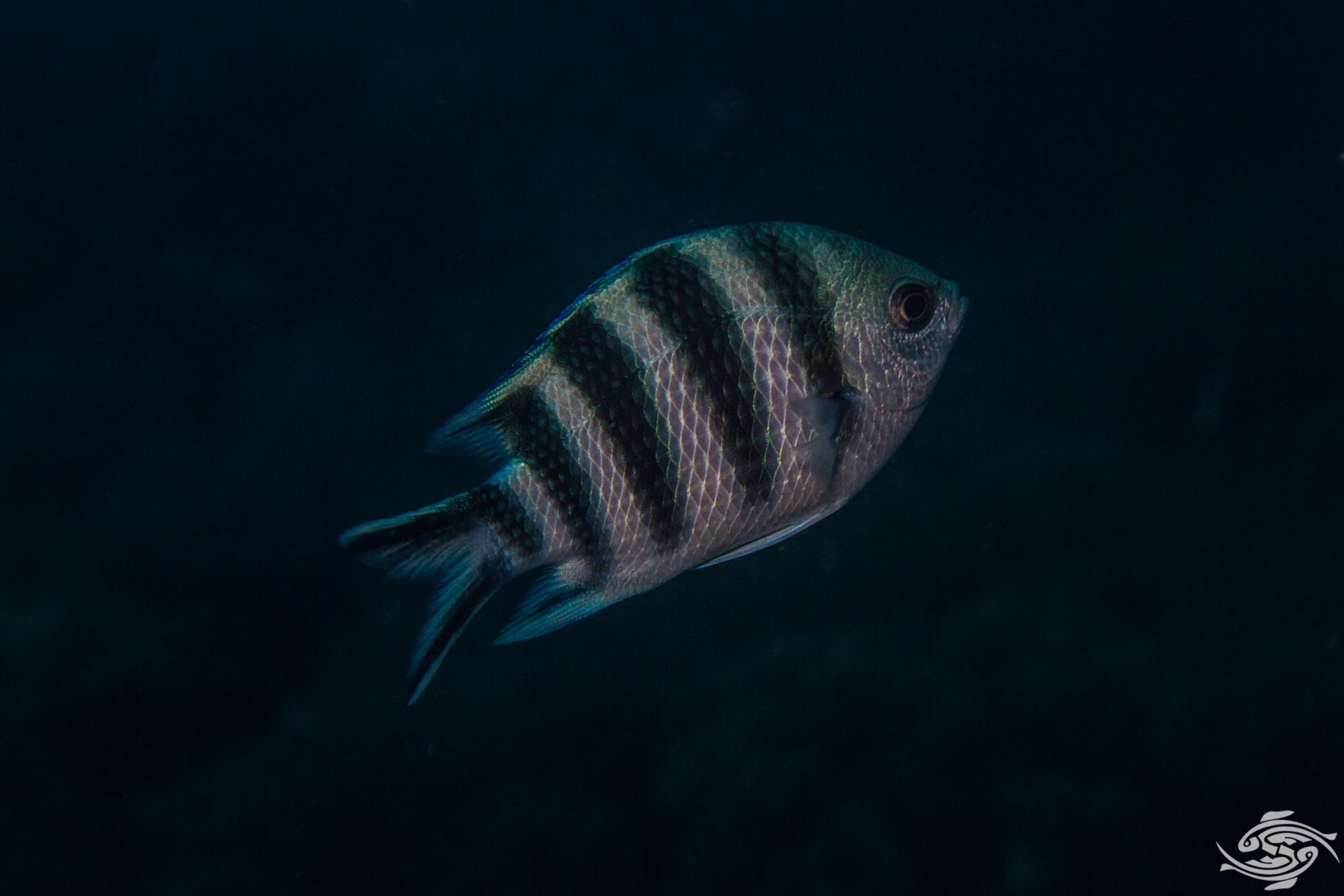 The Scissortail Sergeant is found across the Indo-Pacific area.  They are found mainly on semi protected reefs and occasionally on shallower less protected reefs. 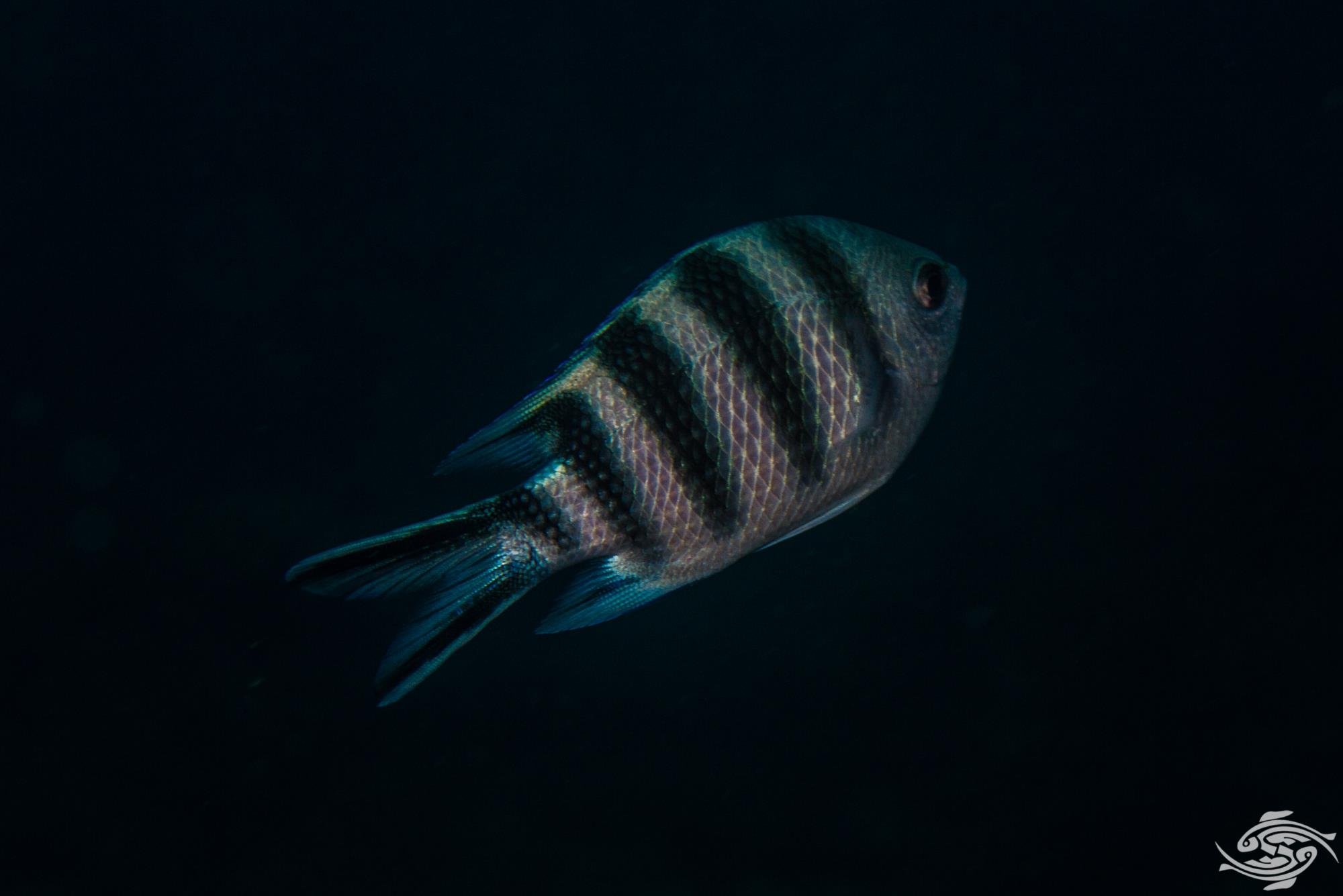 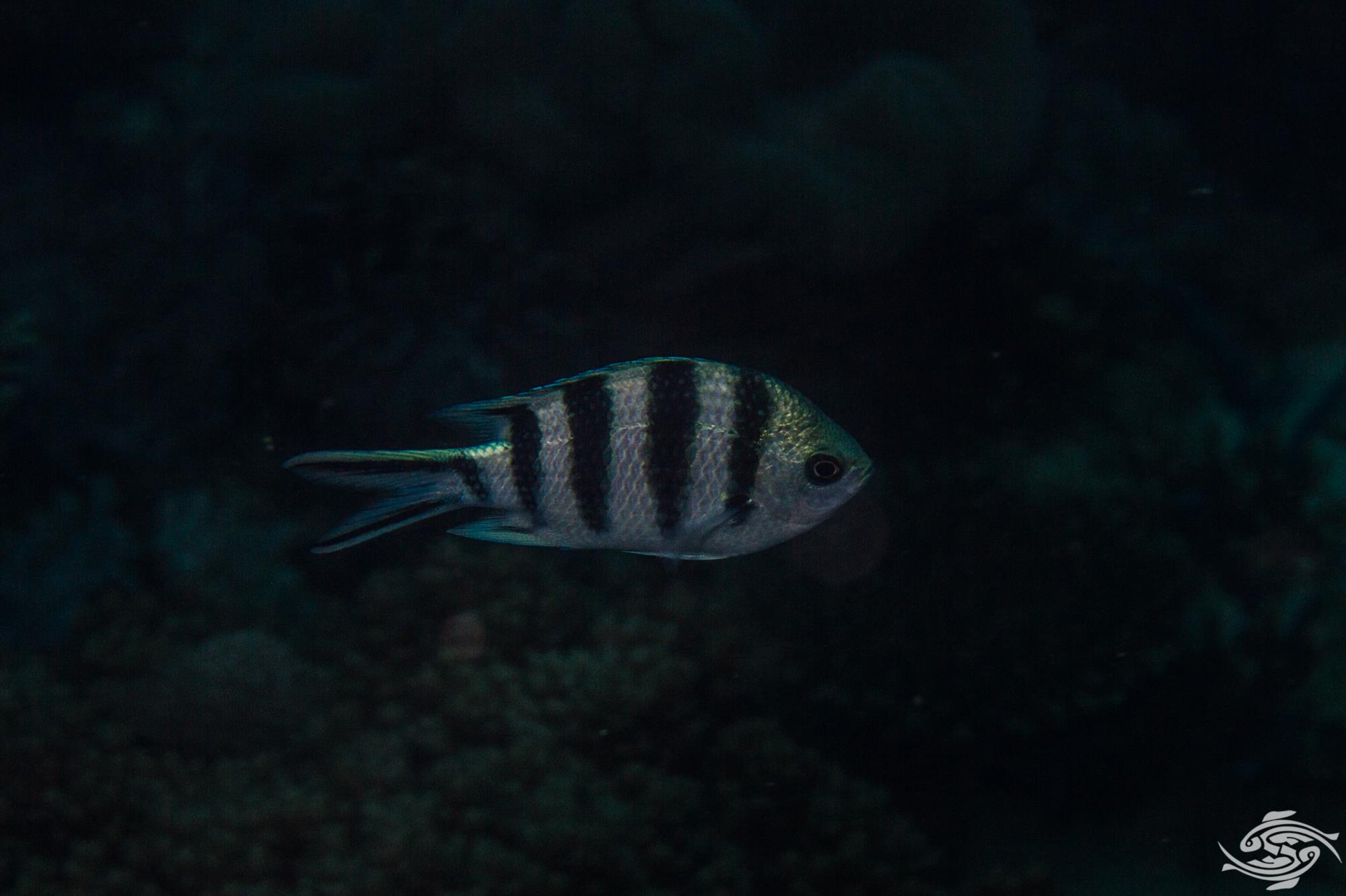 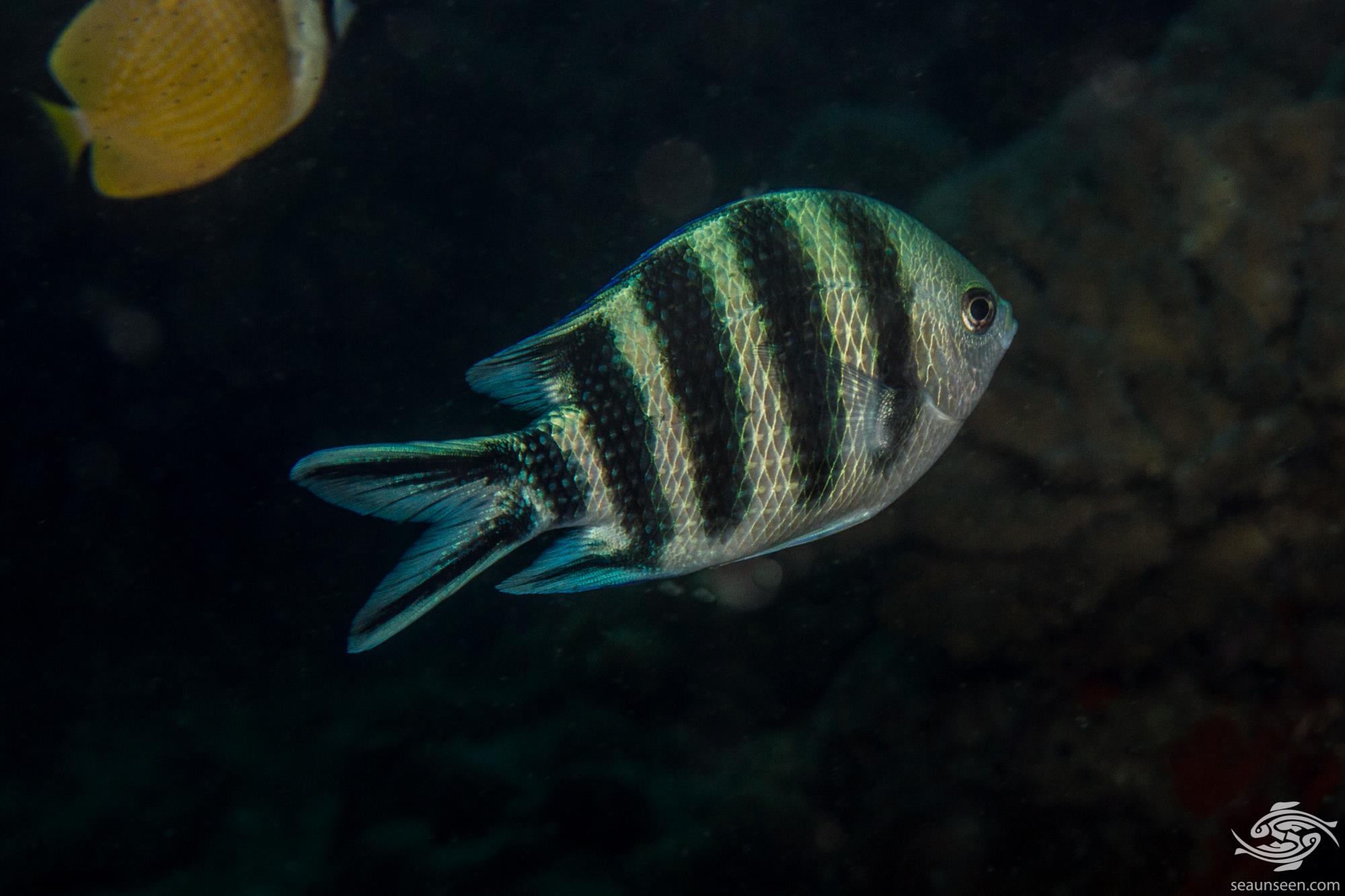 They are colorful hardy fish and would be easy to keep in an aquarium. However they would undoubtedly become highly territorial. It is almost a certainty that they will harass and beat up more peaceful fish. 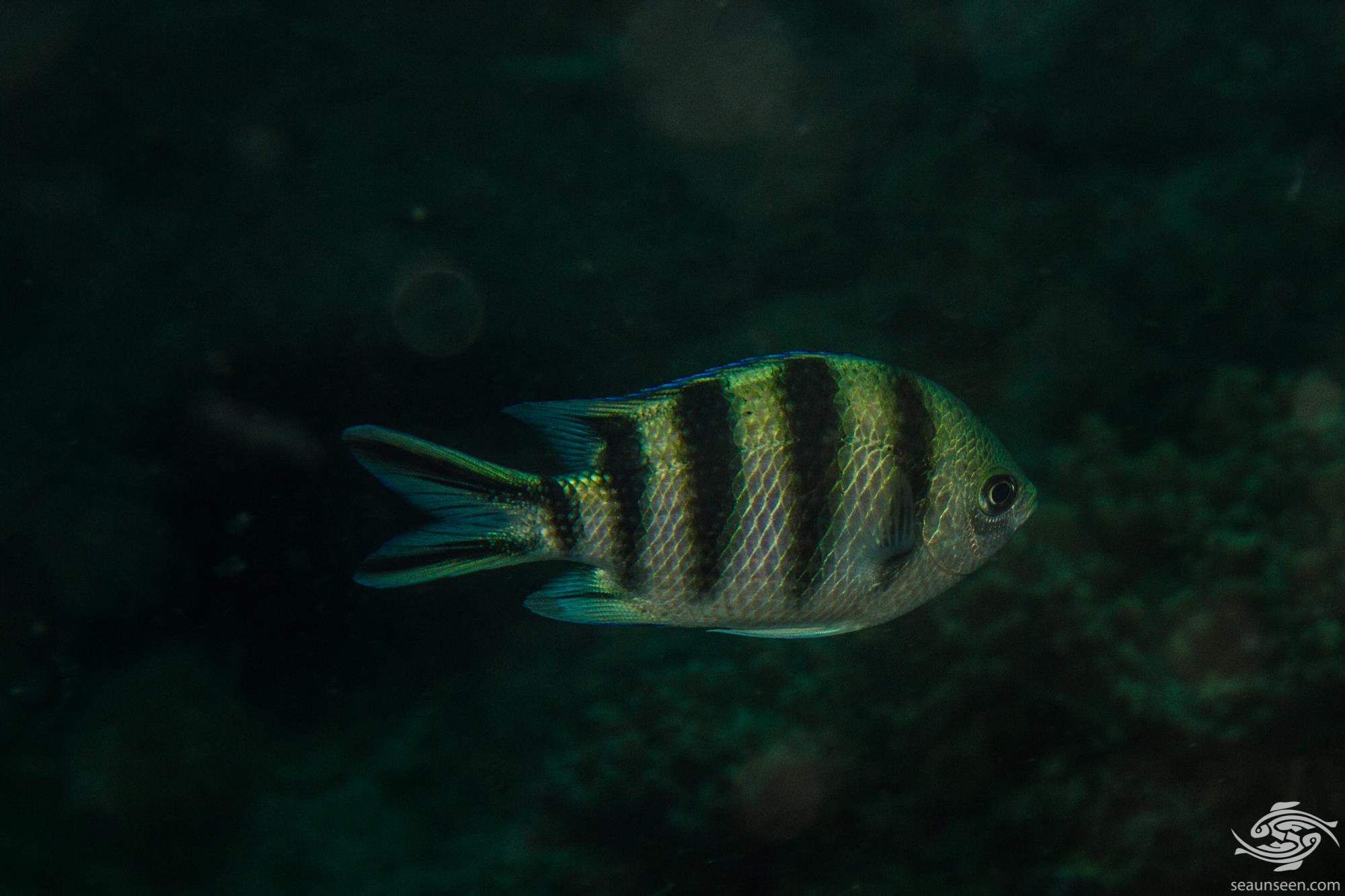