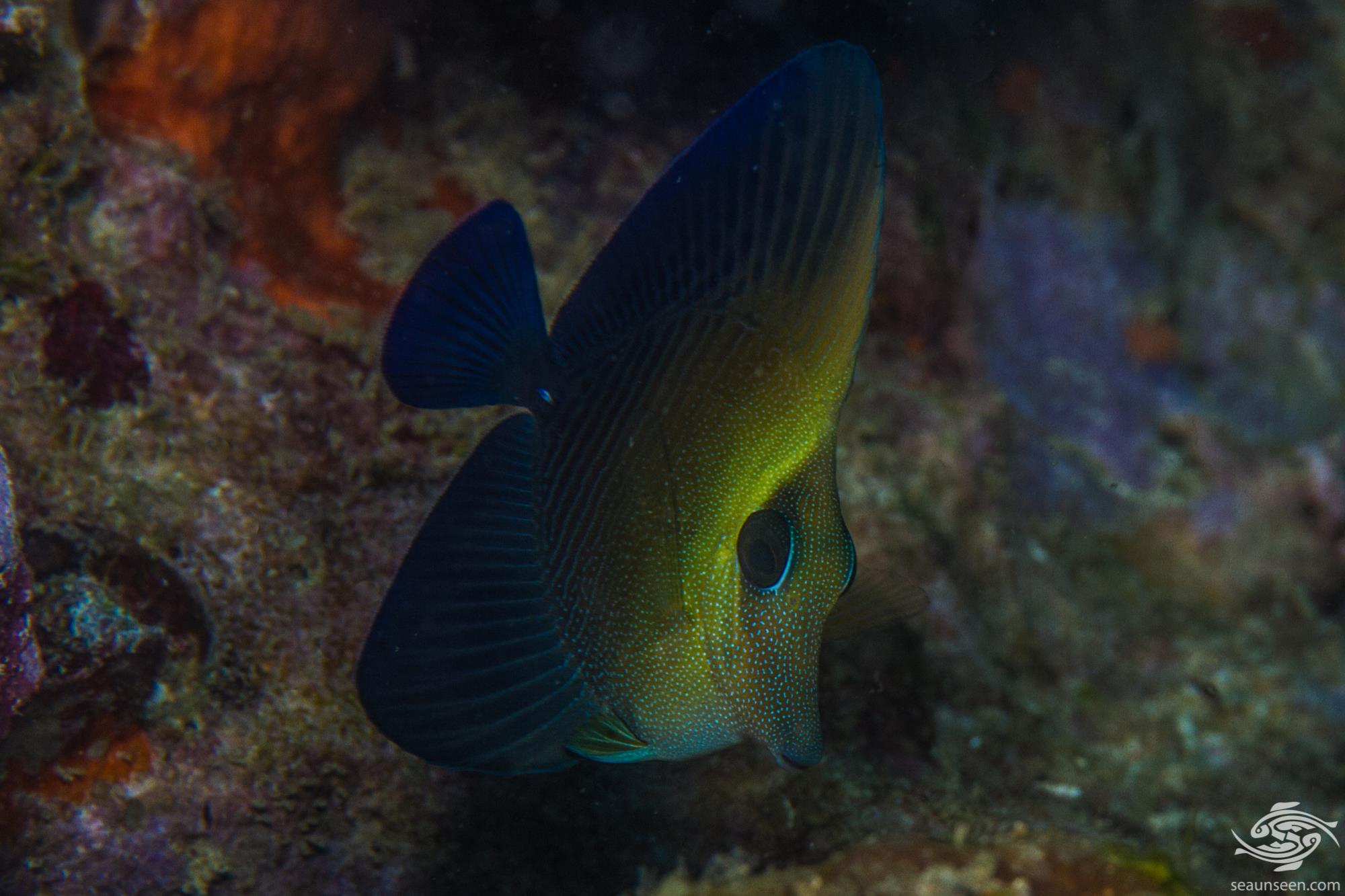 The Scopas Tang (Zebrasoma scopas) is also known as the Twotone Tang, the Brown Tang and the Brushtail Tang.  Members of the Acanthuridae family have a retractable razor sharp spine on either side of the caudal area. They obtain their name Surgeonfish from these blades.  The blades are used for defense and possibly in territorial disputes and can inflict significant damage. The blades are reported to contain toxins but there seems no scientific evidence for this. 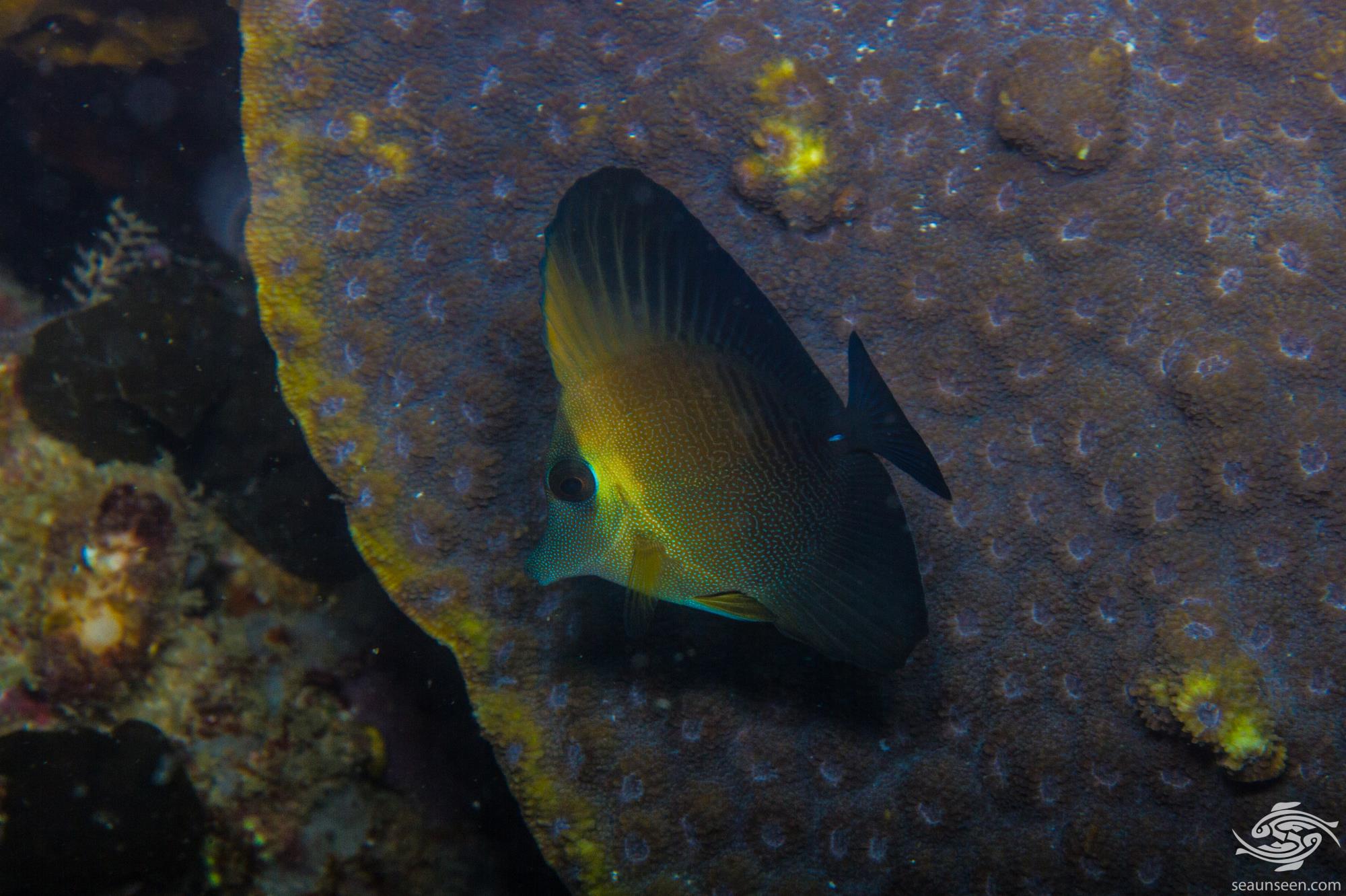 The Scopas Tang has a round laterally compressed body with an elongated nose.  In the juveniles the body is proportionally shorter and they almost look taller than their length. The front of the body is a light yellow green colour and the last third is a darker brown. The body is covered in a series of dots that morph into thin bars towards the caudal area.  The eye is ringed in brown with a thin light blue line around it. They grow up to 20 cm in length but around 15 cm is more common in the wild. There are no visible differences between the sexes. The juveniles pictured in images below in the post closely resemble a Sailfin Tang as they have very similar looking white stripes running down the body. 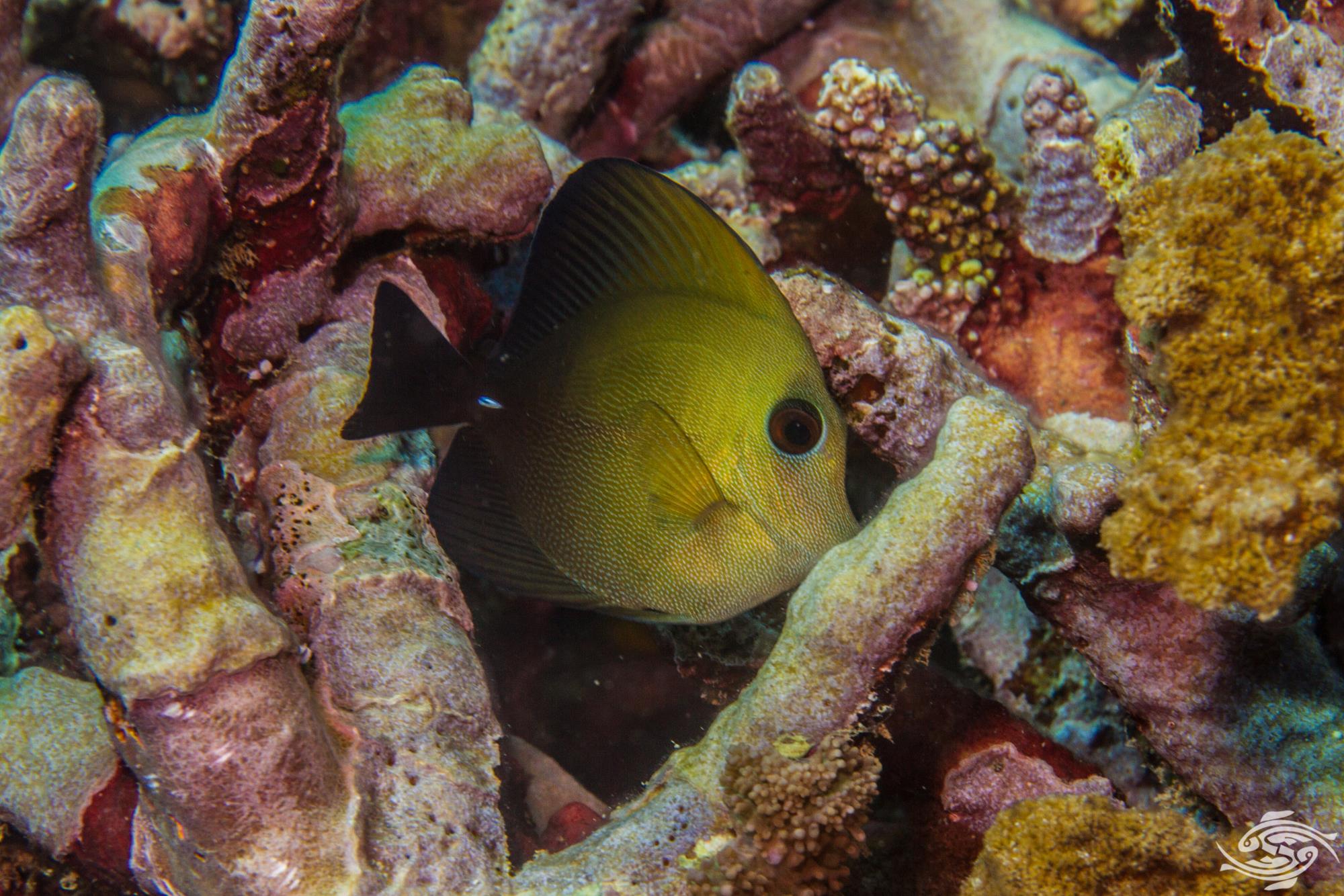 SCOPAS TANG IN THE WILD

The Scopas Tang is not that common in Tanzanian waters. They are usually seen in in pairs but on rare occasions are seen in larger groups. The juveniles are usually seen solitary. They often feed across the reef with groups of  Indian Goldring Bristletooth and  Twospot Bristletooth.

They are fairly shy fish, always on the move and always feeding. At the sight of a diver they will usually go into hiding but quickly emerge watching the diver.  The juveniles are more shy than the adults and can be very difficult to approach. Juveniles are almost always seen under corals or overhangs with narrow gaps. 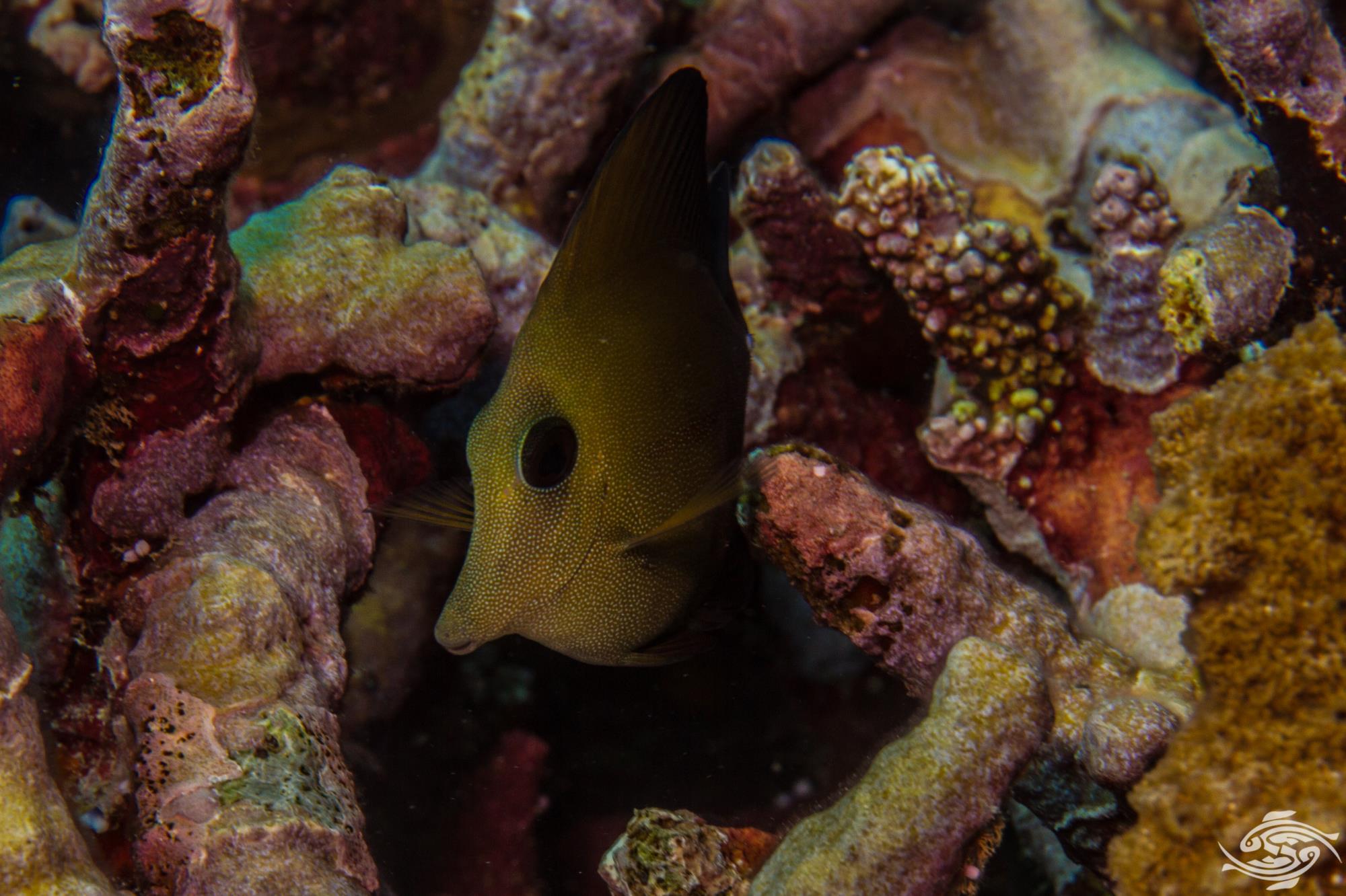 Scopas Tang are found across the Indo West Pacific area from East Africa to Southern Japan. In Tanzania they are most common around the 12 to 20 meter range on reefs with abundant algal growth. 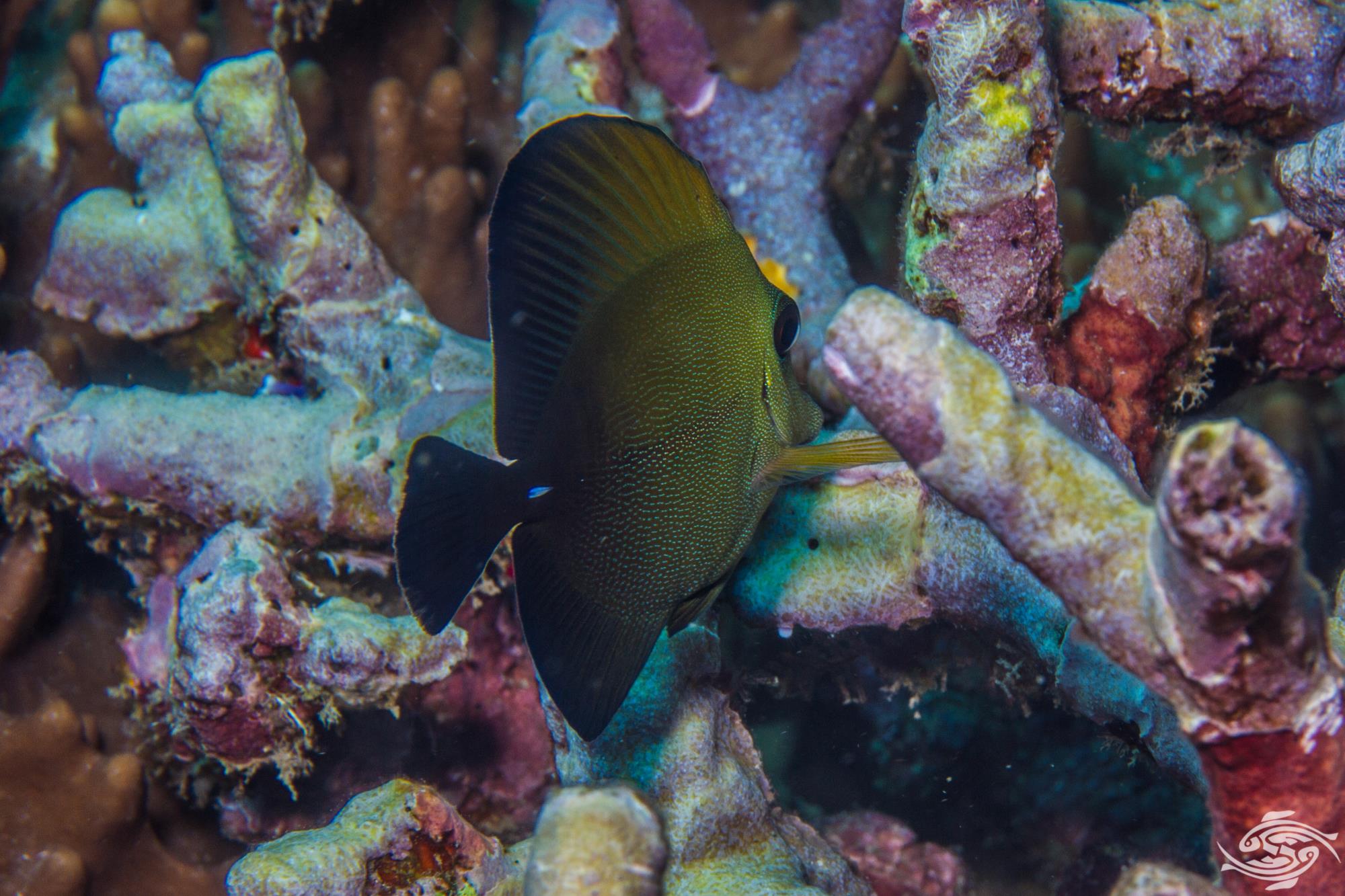 The Scopas Tang feed on filamentous algae. They are quite selective about what they eat in the wild and move along the reef until they spot something they like. 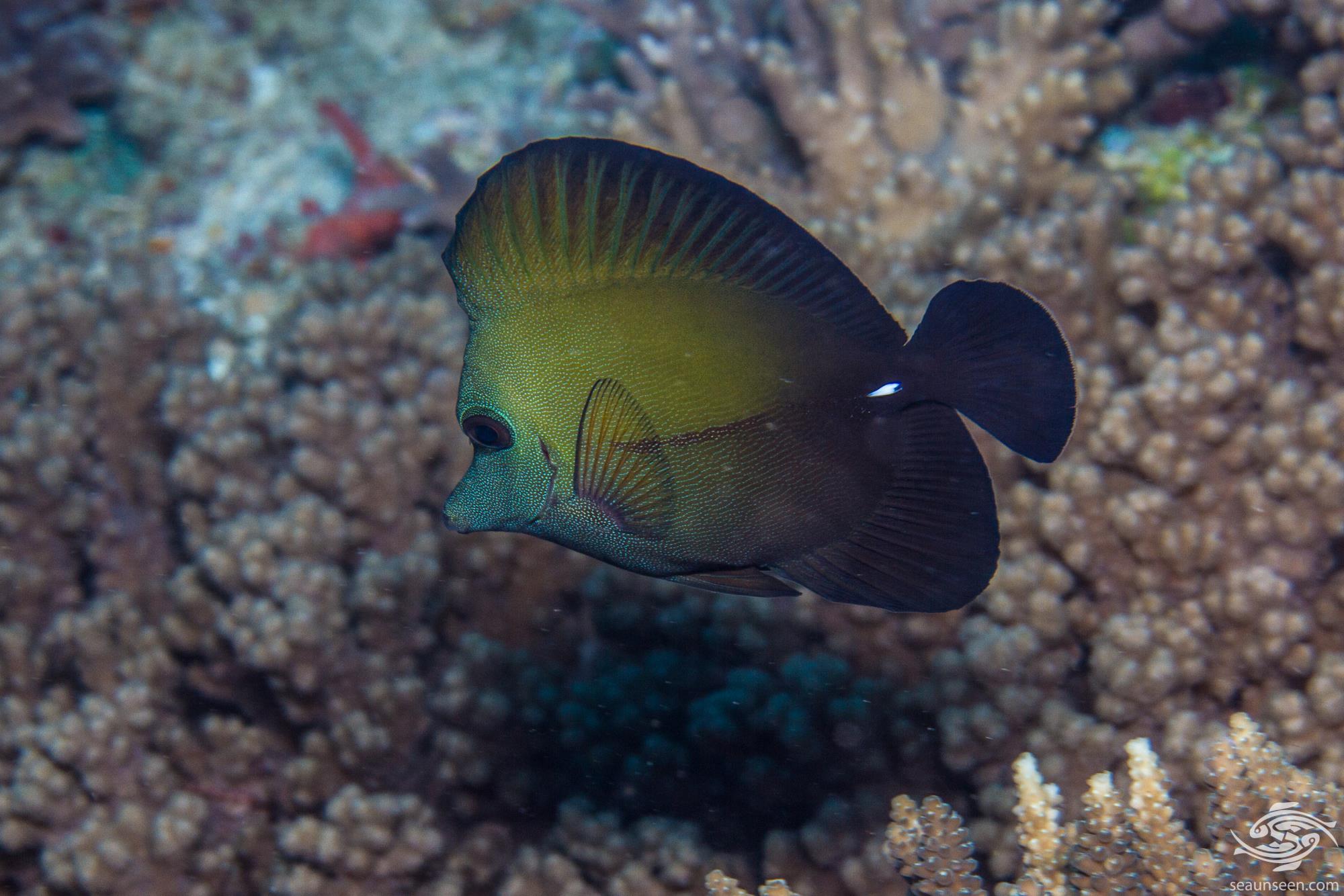 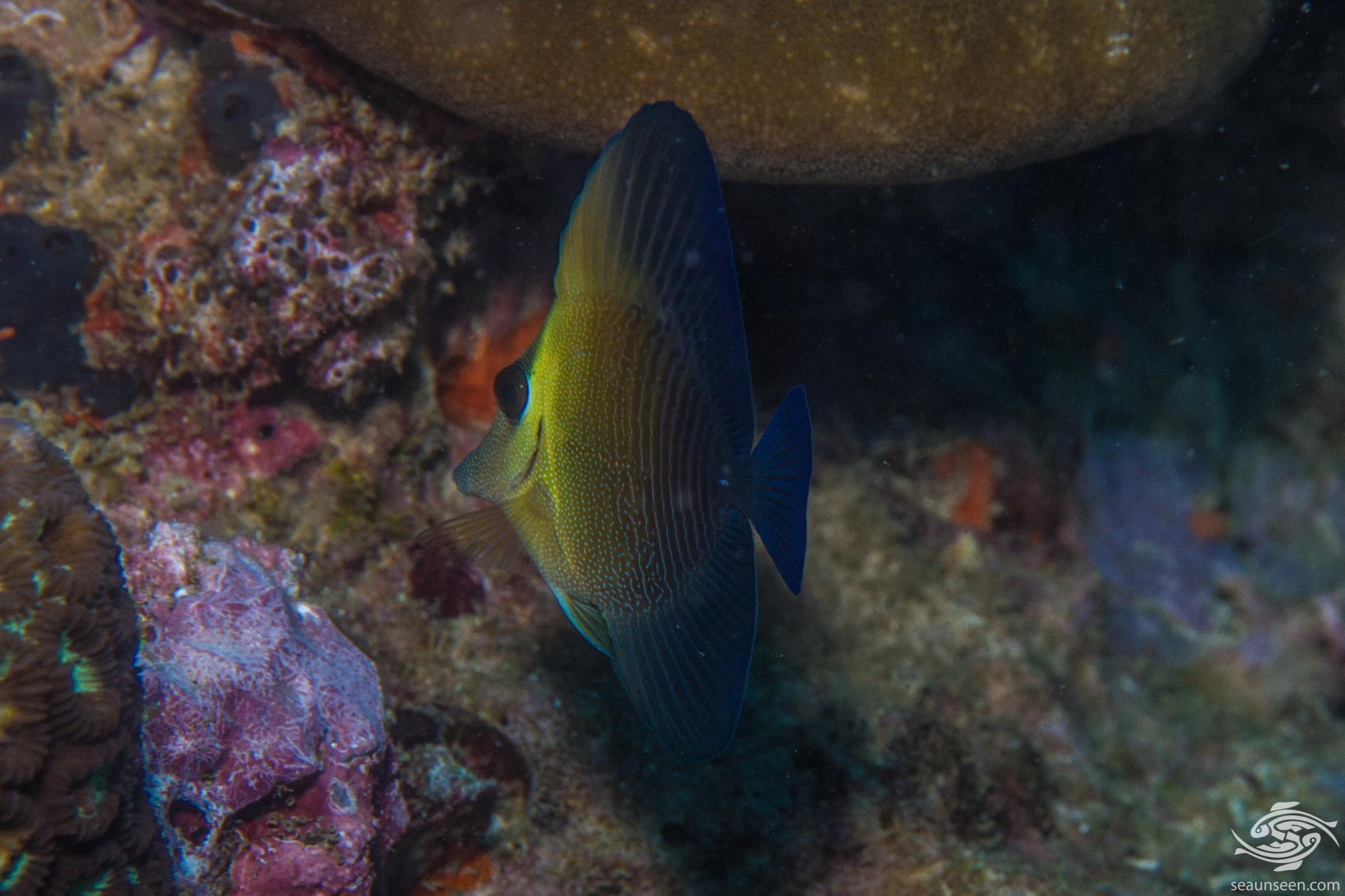 Scopas Tang are commonly kept in aquariums.  They require high quality clean water that is well oxygenated. Like all the Tangs , they are susceptible to parasites and should be quarantined before going into the tank. They are fairly easy to feed but a big part of their diet should be algae in one form or another to keep them healthy.

Because of their territorial nature they should not be kept with fish with a similar shape or diet. Great care should be taken when moving them as their blades can easily snag in a net or worst case pierce a bag. With their sharp noses they can get into areas which other algae eaters cannot and are useful for keeping an aquarium free of algae. 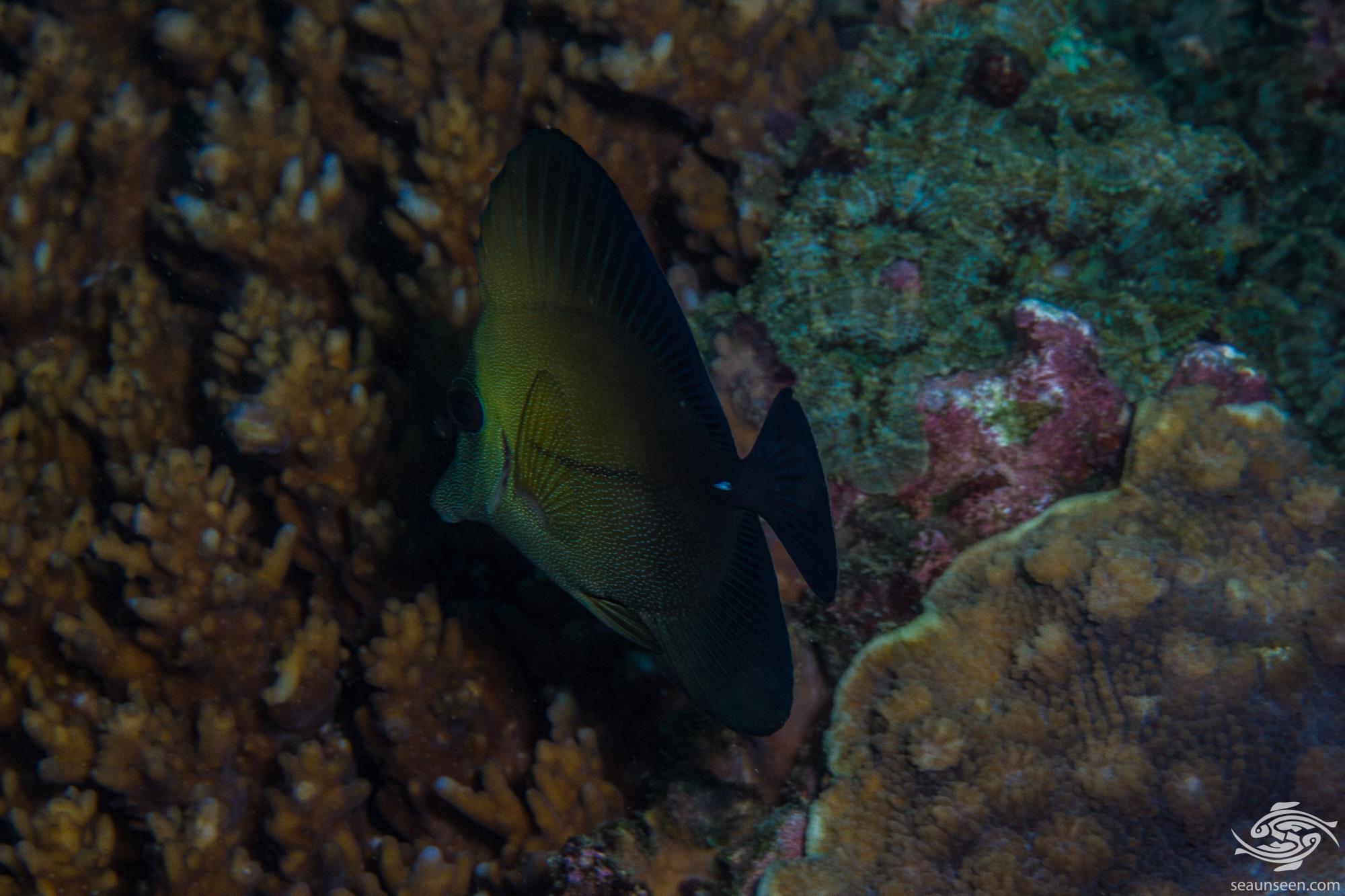 Scopas Tang are not commonly caught by fishermen in Tanzania due to their feeding habits and the improbability of taking bait. They are netted or trapped occasionally. 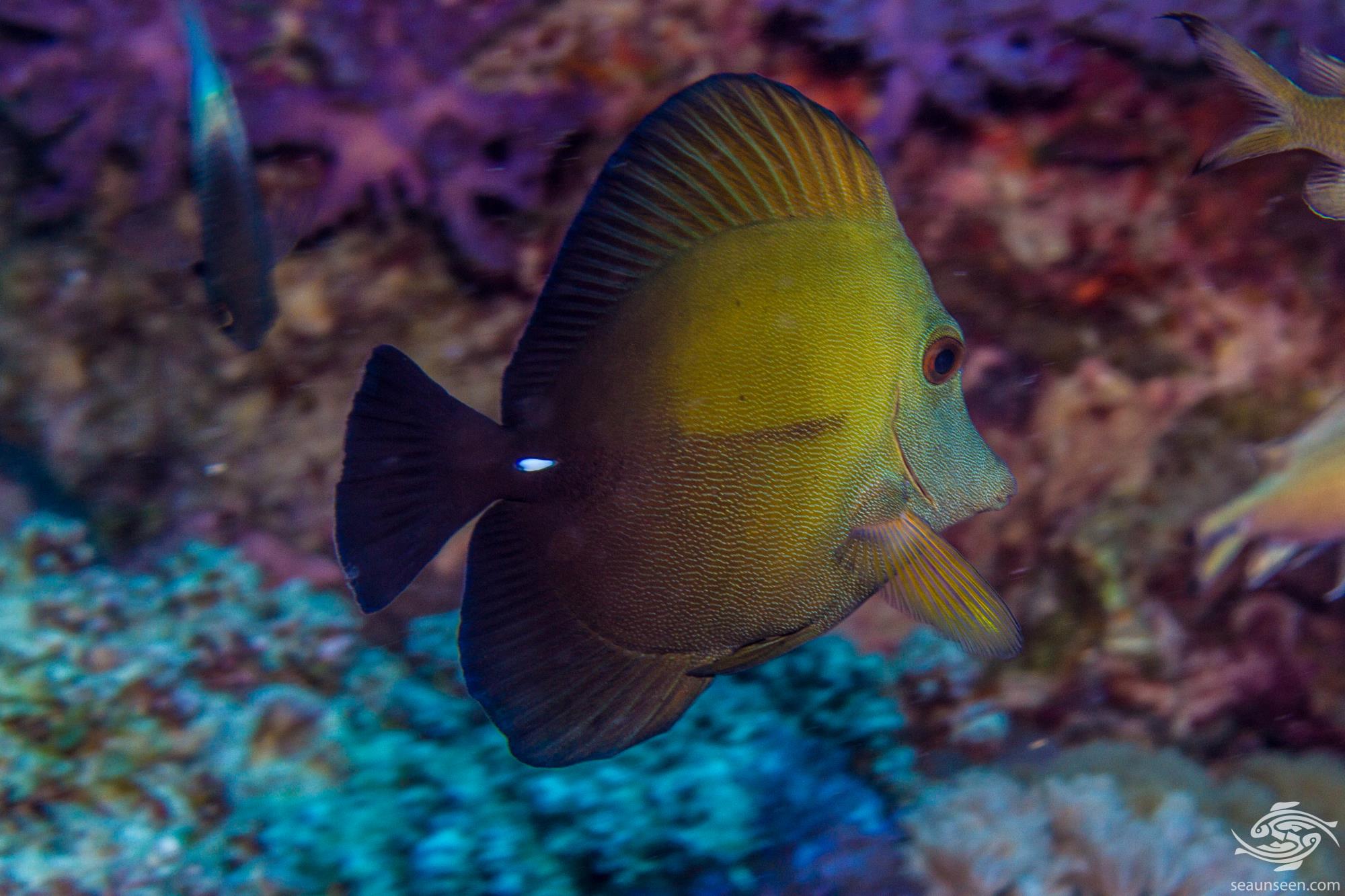 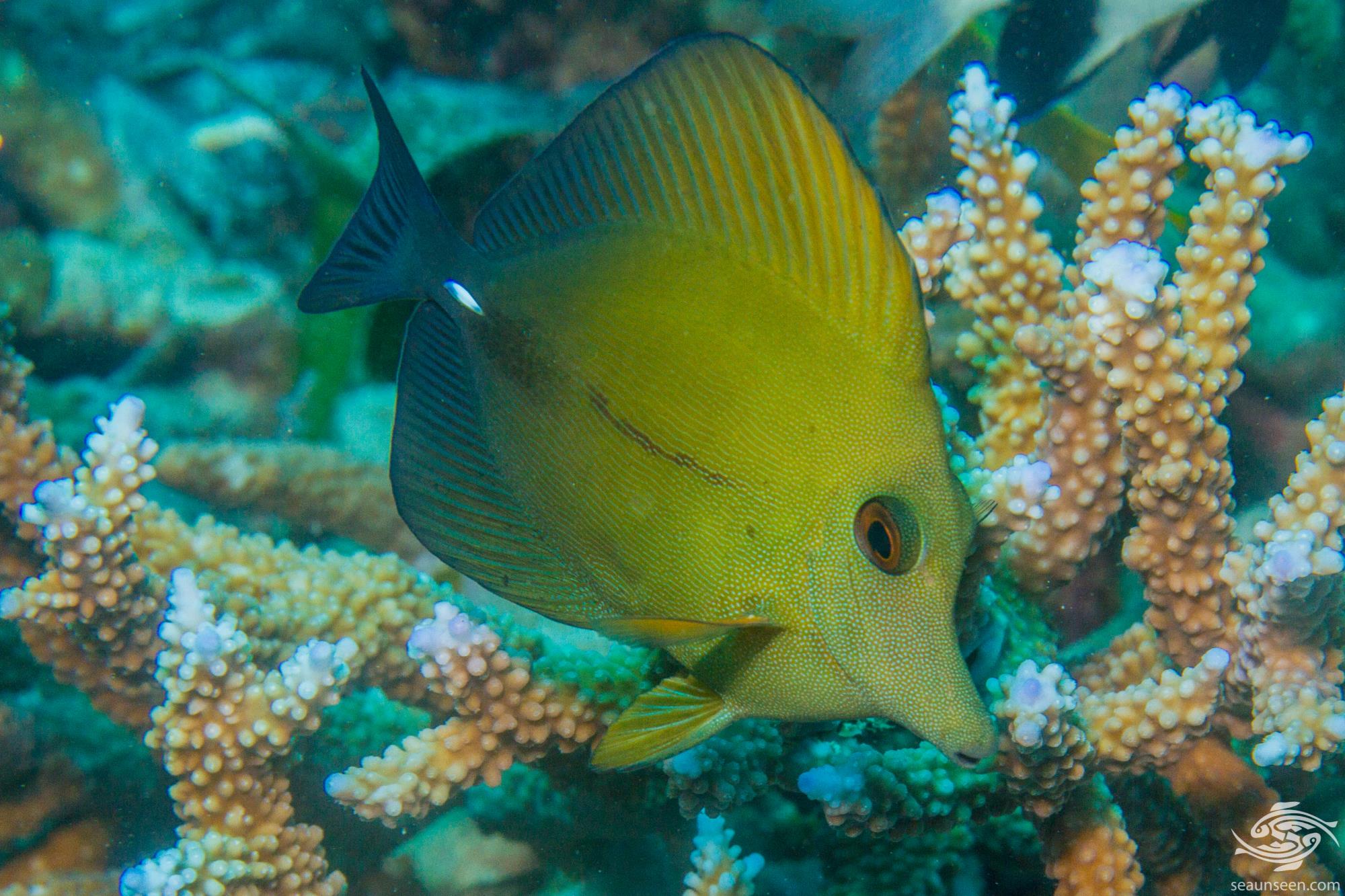