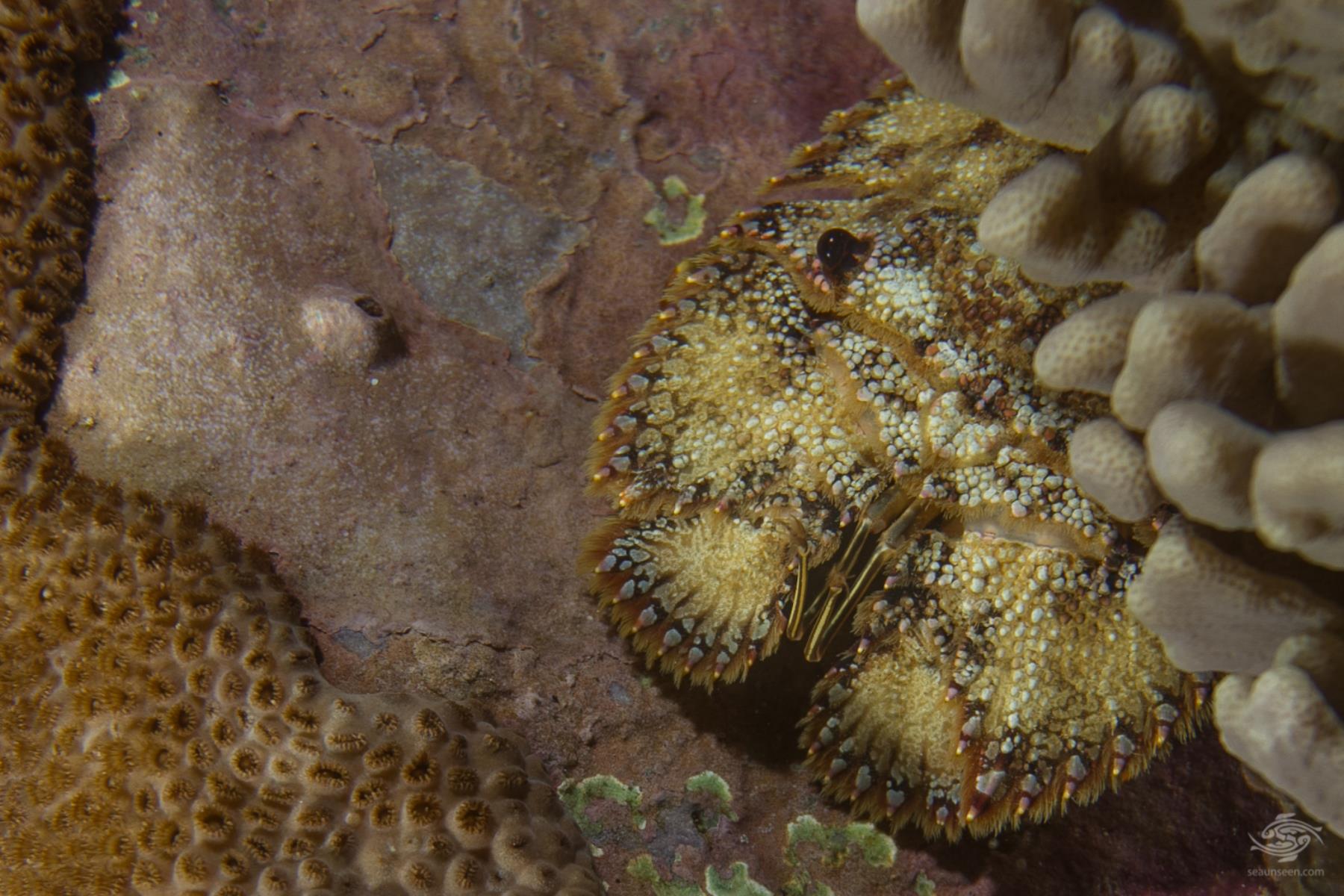 The Sculptured Slipper Lobster, (Parribacus antarcticus) also known as the Sculptured Mitten Lobster and the Hawaiian slipper lobster,  is an unusual looking clawless lobster that has a rather comical walking fashion. 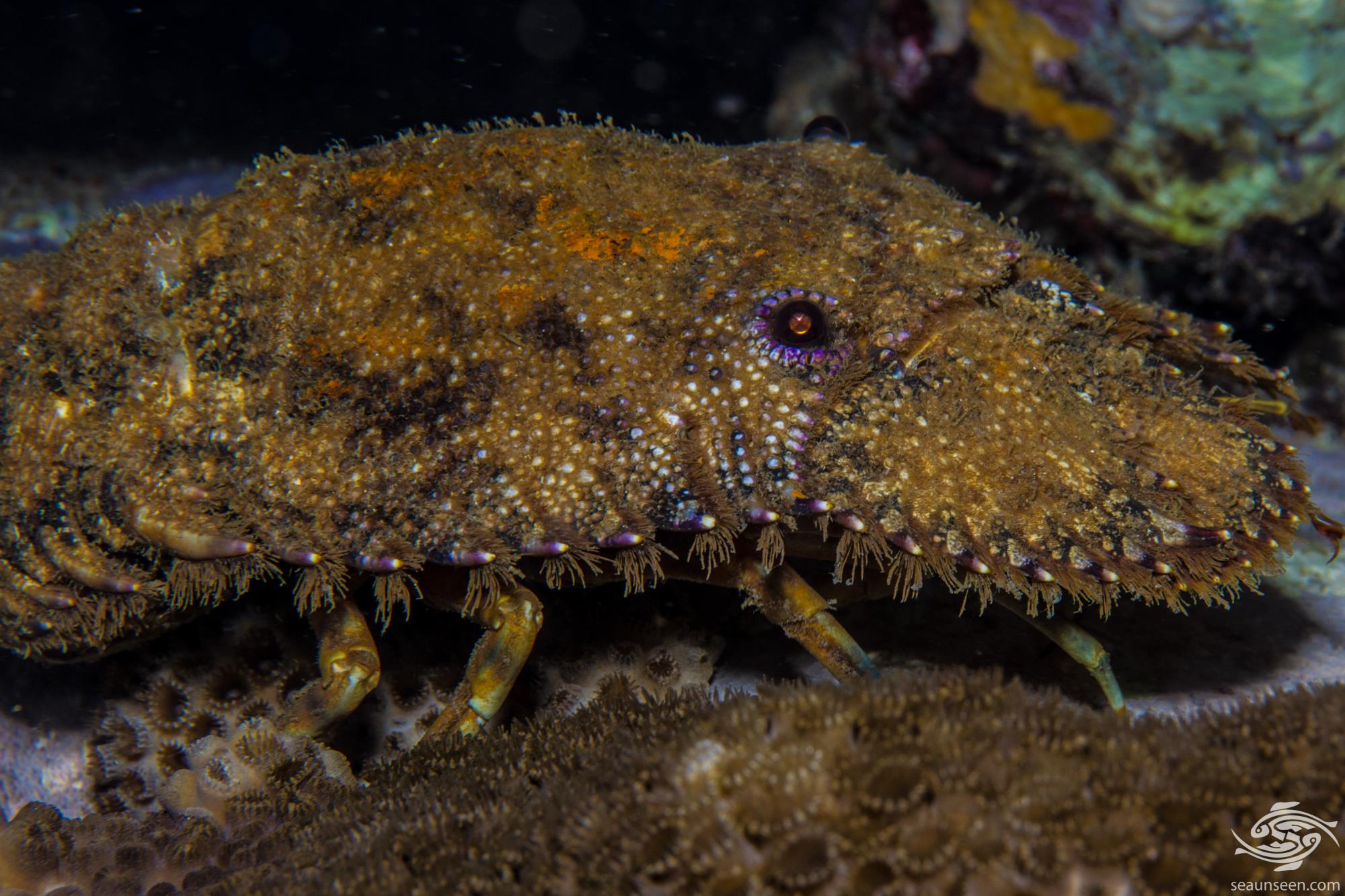 Sculptured slipper lobster are a light yellowish brown color with flattened bodies and the upper surface is covered with short hairs and tubercles. The eyes are ringed with purple dots. They body is collectively covered in a hard carpace made up of six segments on the head and eight on the thorax.The head has two pairs of antennae, one large and flattened pair covering the front of the sculptured slipper lobster and the other set are normal. They reach a size of 20cm. 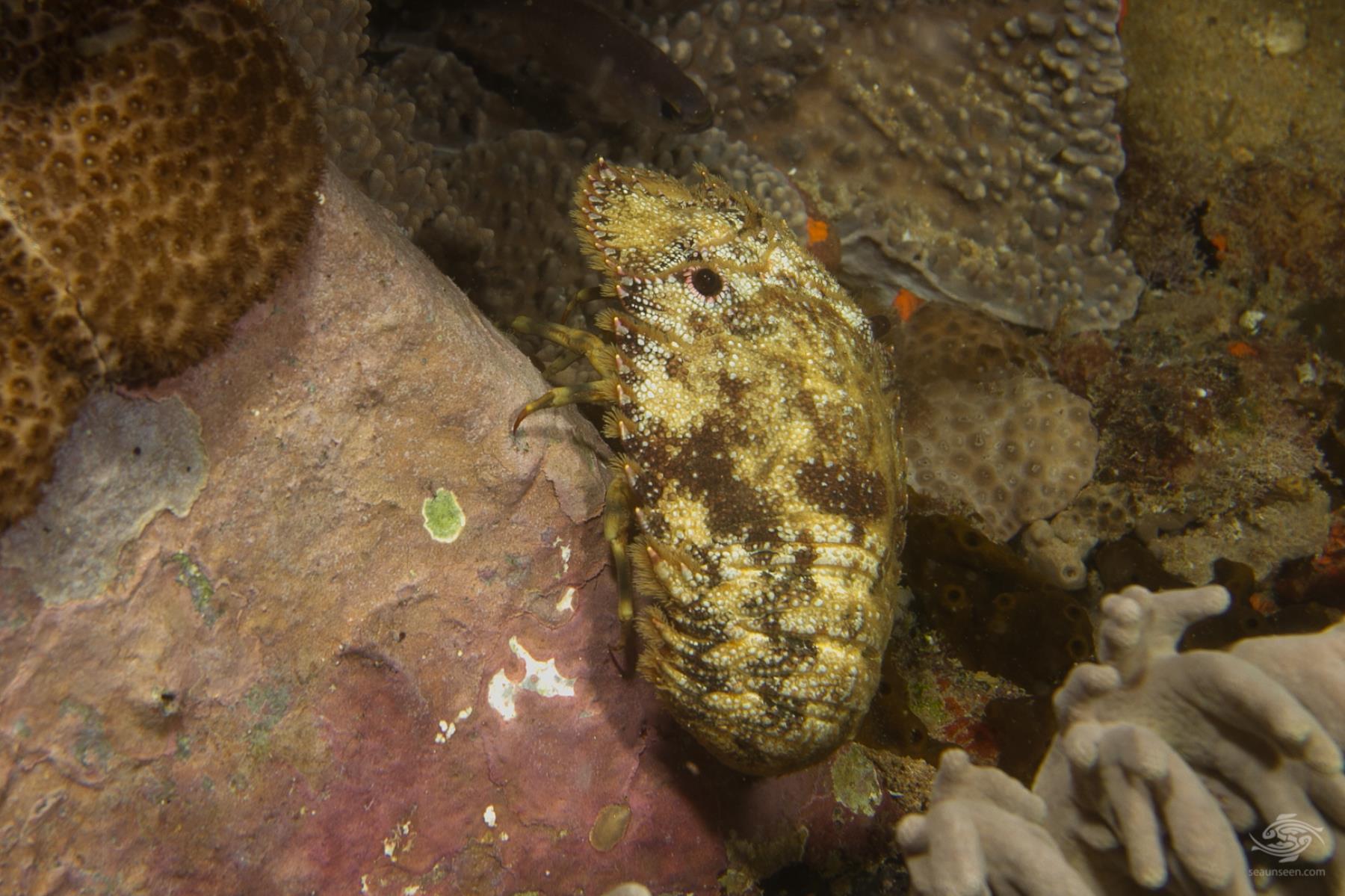 They are nocturnal and are rarely if ever seen out during the day. With their flattened shape they are adept at hiding in crevices. They are extremely shy and will retreat into a crevice or hole at the sight of a diver. They can swim backwards quite quickly to escape predators by flapping their tail.

They are found in sandy lagoons on grass beds and in rocky reef areas. They are distributed in all oceans. 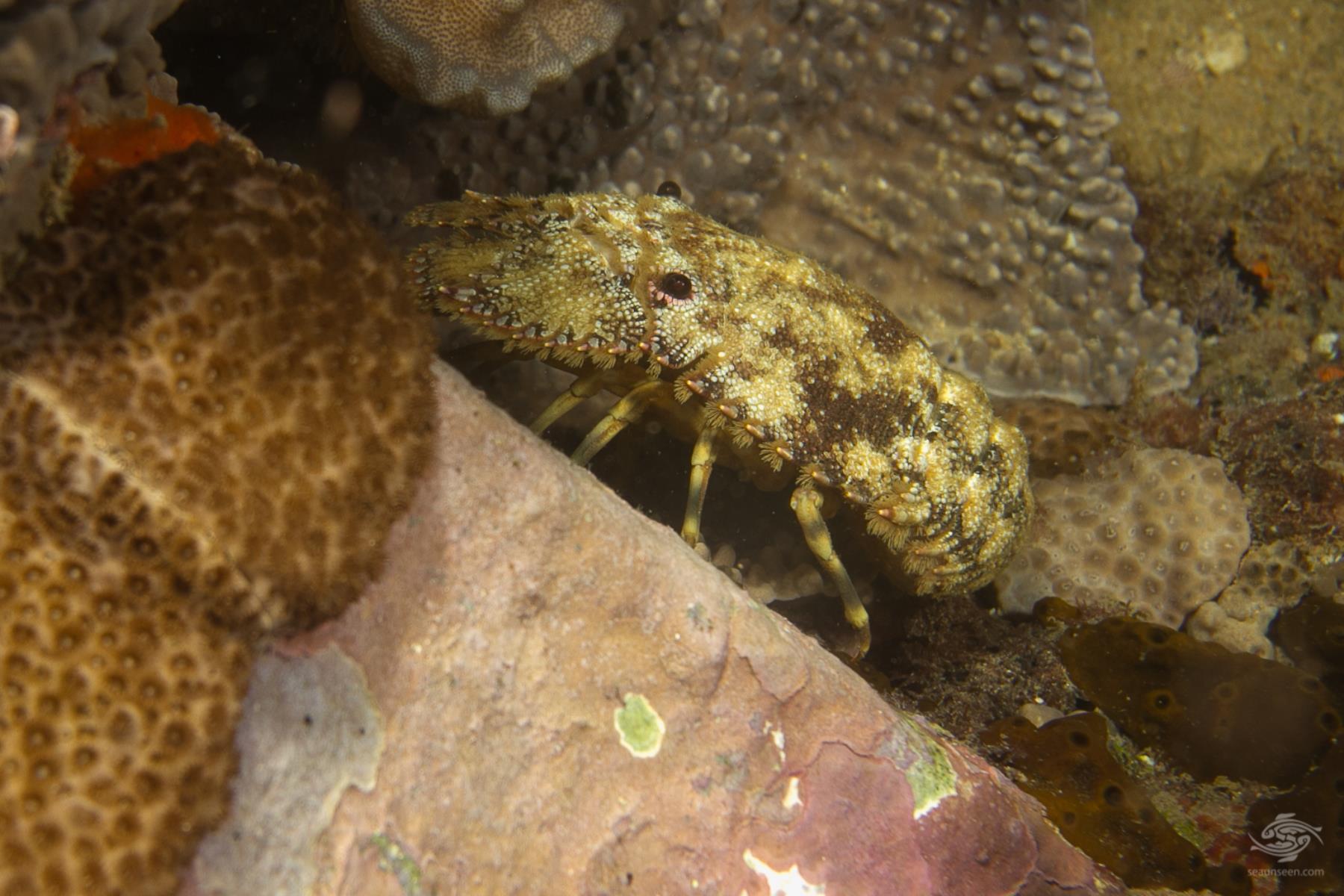 Slipper lobsters are nocturnal feeders and eat a variety of molluscs, shrimp, crabs worms and sea urchins. at night and burrow in sand or hide on reefs during daylight. They use their powerful legs to pull apart mollusks. Their main predators include triggerfish, groupers and octopuses. 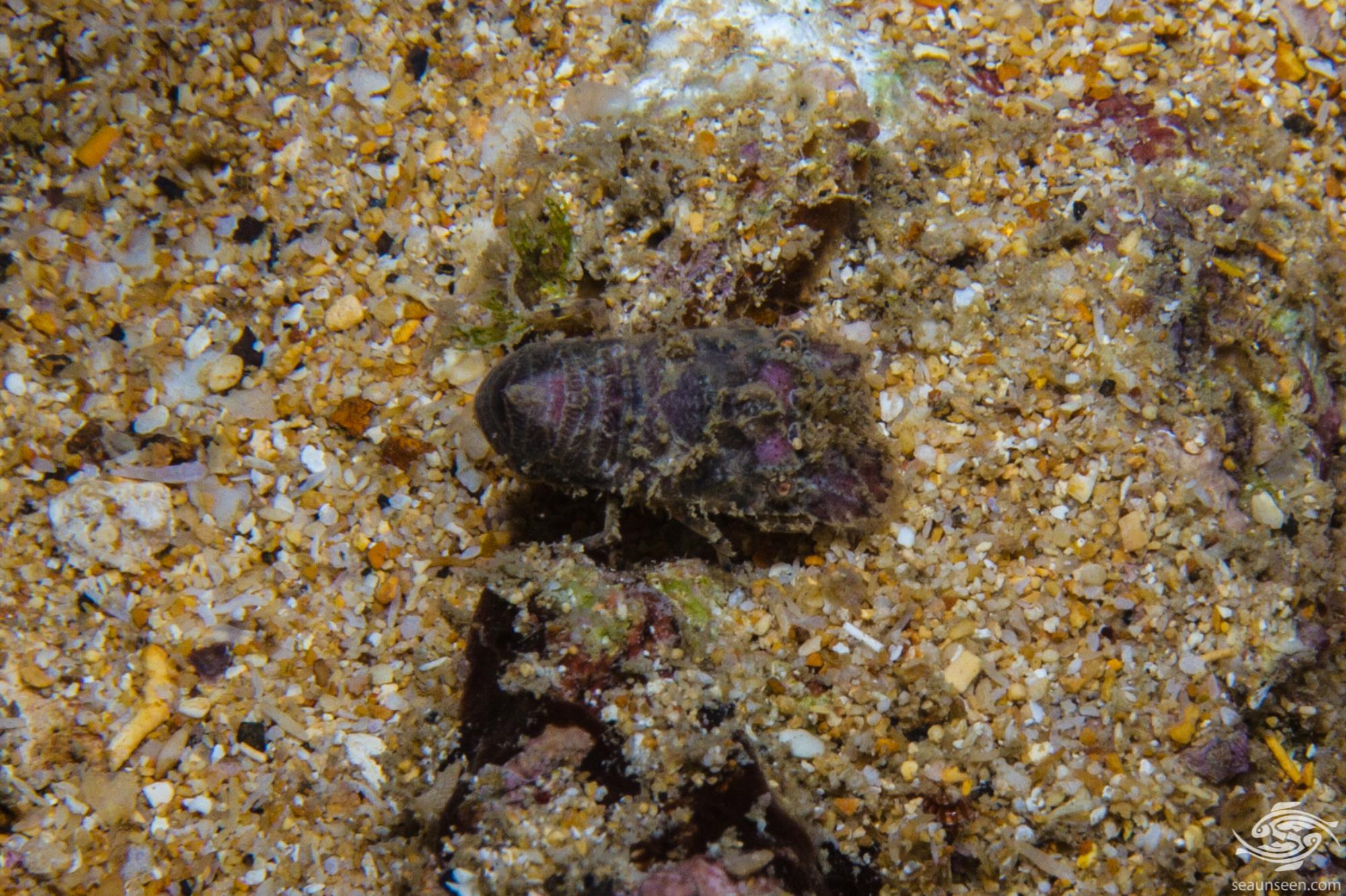 Slipper lobsters have separate sexes and at maturity which is generally around three years begin breeding. Males deposit a sperm packet on the underside of females and females releases up to 100000 eggs which are carried under their tail. The eggs start off bright orange and as they develop so they go a dark muddy brown colour. Once the eggs hatch they become planktonic, free floating in the water table for up to eleven months. Very few of the larvae survive until adult stage. 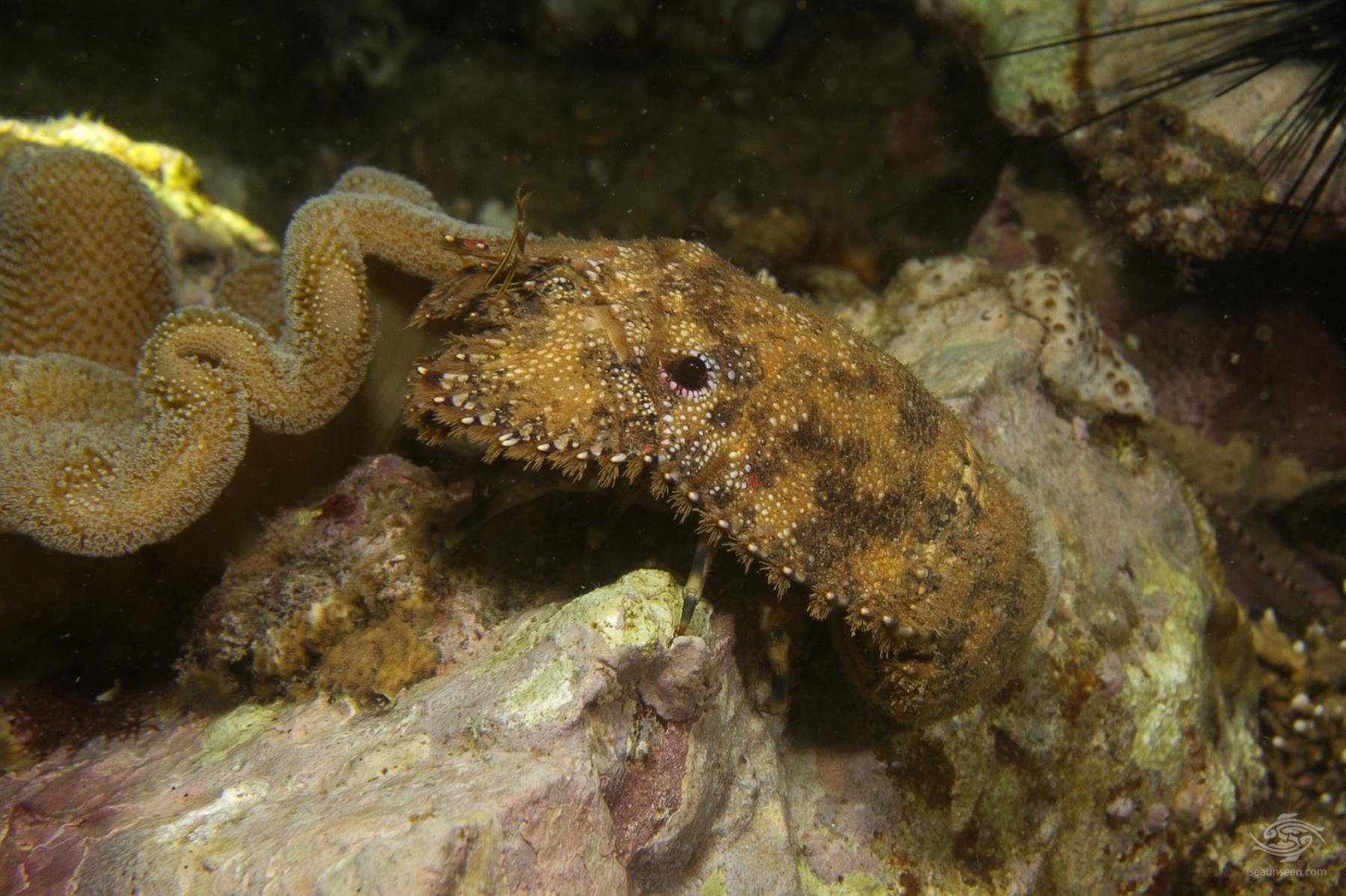 Slipper lobsters are eaten throughout their range and taste exactly the same as normal lobsters except they do not grow that large. They are trapped in fish traps in Tanzania and Zanzibar. 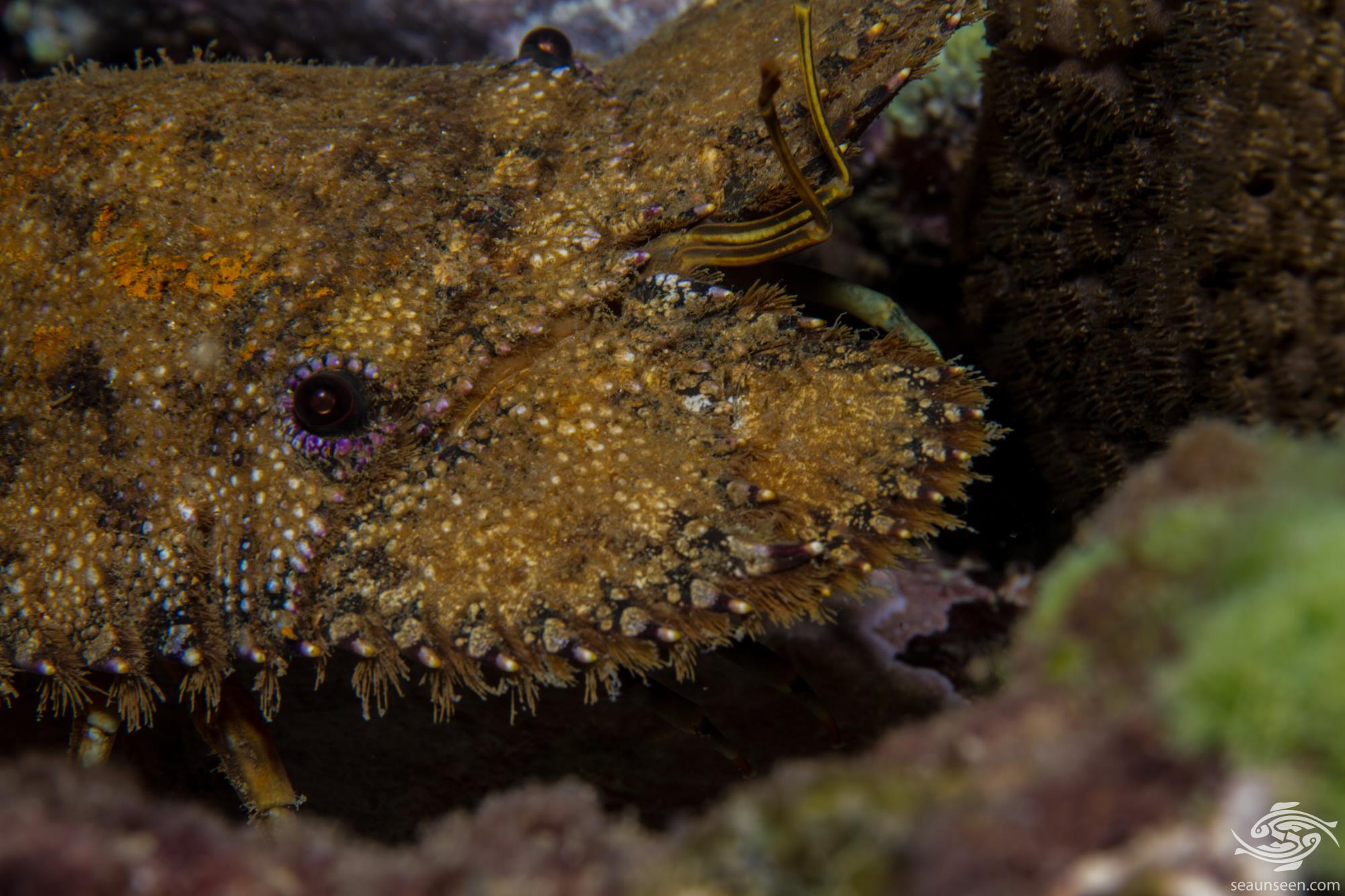 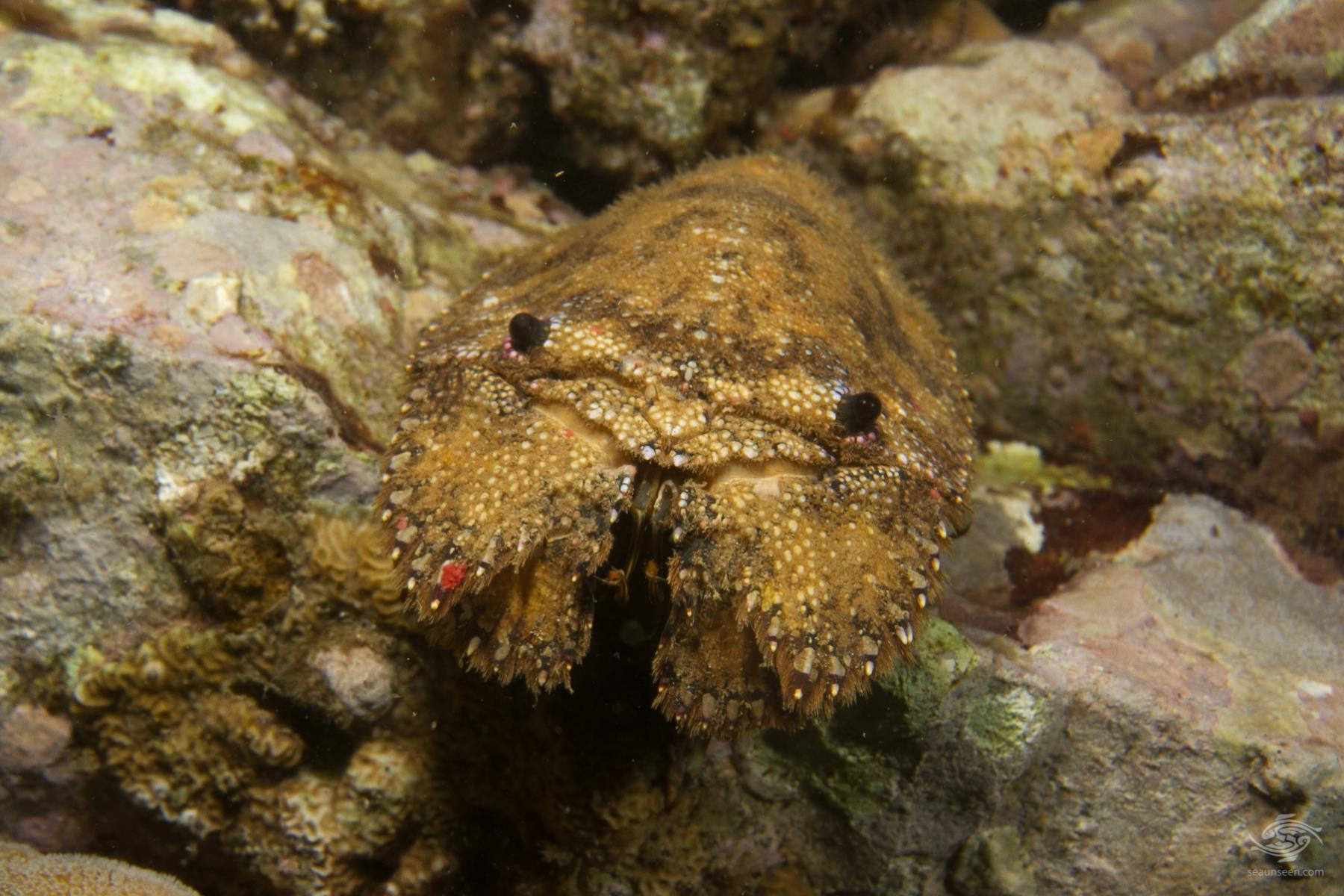