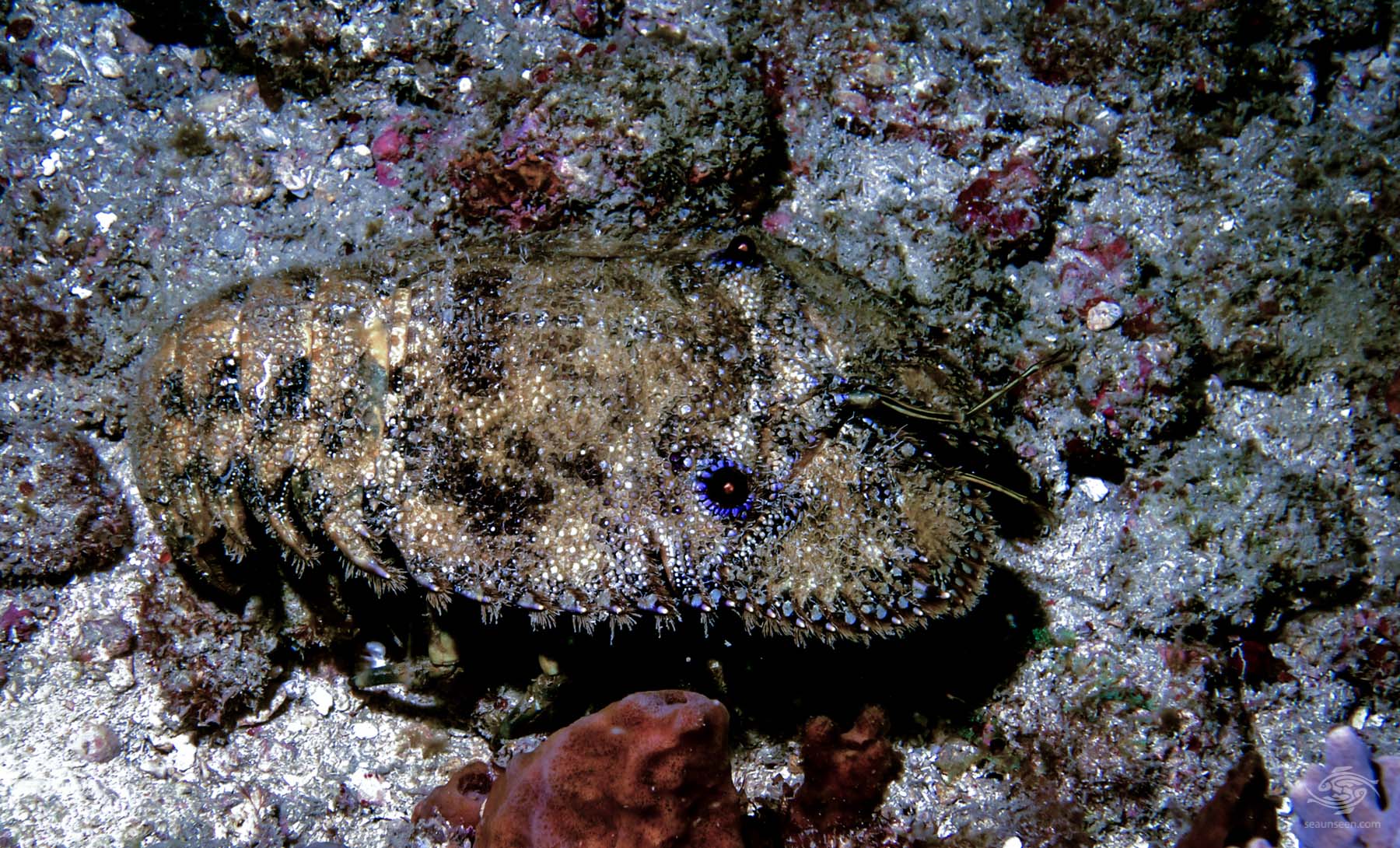 A sculptured slipper lobster (Parribacus antarcticus), photographed while night diving in Dar es Salaam. With the somewhat flattened appearance and horseshoe-shaped carapace (hard shell of the exoskeleton that covers the head and chest), the sculptured slipper lobster appears as though it’s a camouflaged walking tank. It has no claws and is a nocturnal feeder, hiding in recesses and caves in the reef during the day. Here you can see numerous spikes projecting from the edges of the plate-like antennae and bristle-like hairs on the body along its sides. They have two sets of antennae, the two massive, flattened plates sticking out of the creature’s face are actually one set of its antennae!

Photo was shot with a Sony DSC-RX100M II Camera