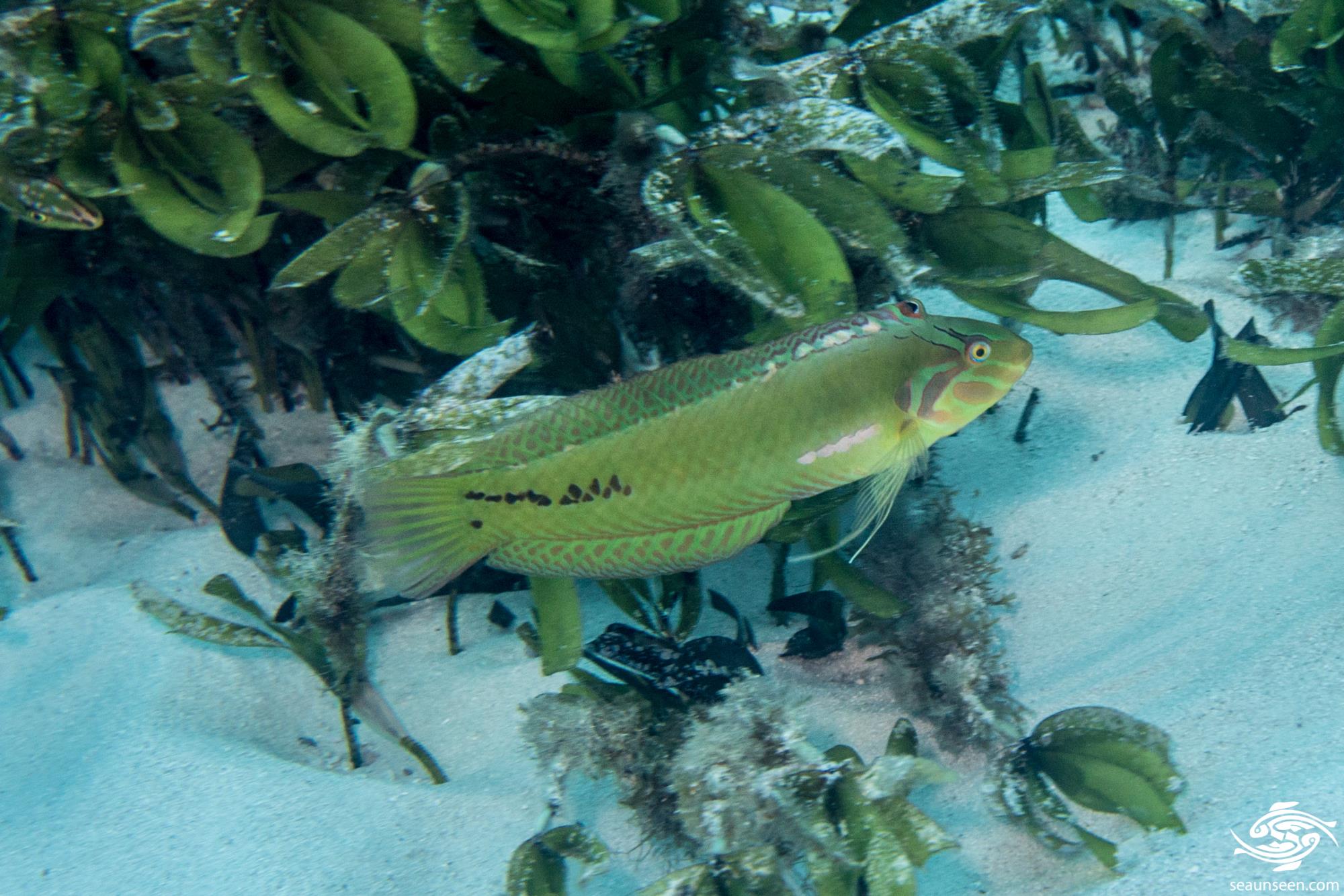 The Sea Grass Wrasse (Novaculoides macrolepidotus) is also known as the Emerald Wrasse.  They are fairly rare in Tanzanian waters but seem common in some areas. The specimens in the images were photographed in the grass beds around Latham Island where there are large numbers of them.  In the other grass beds we have dived on off mainland Tanzania and Mafia Island they are not that common.  They are elusive and fairly difficult to photograph. J. E. Randall & Earle described them in 2004. 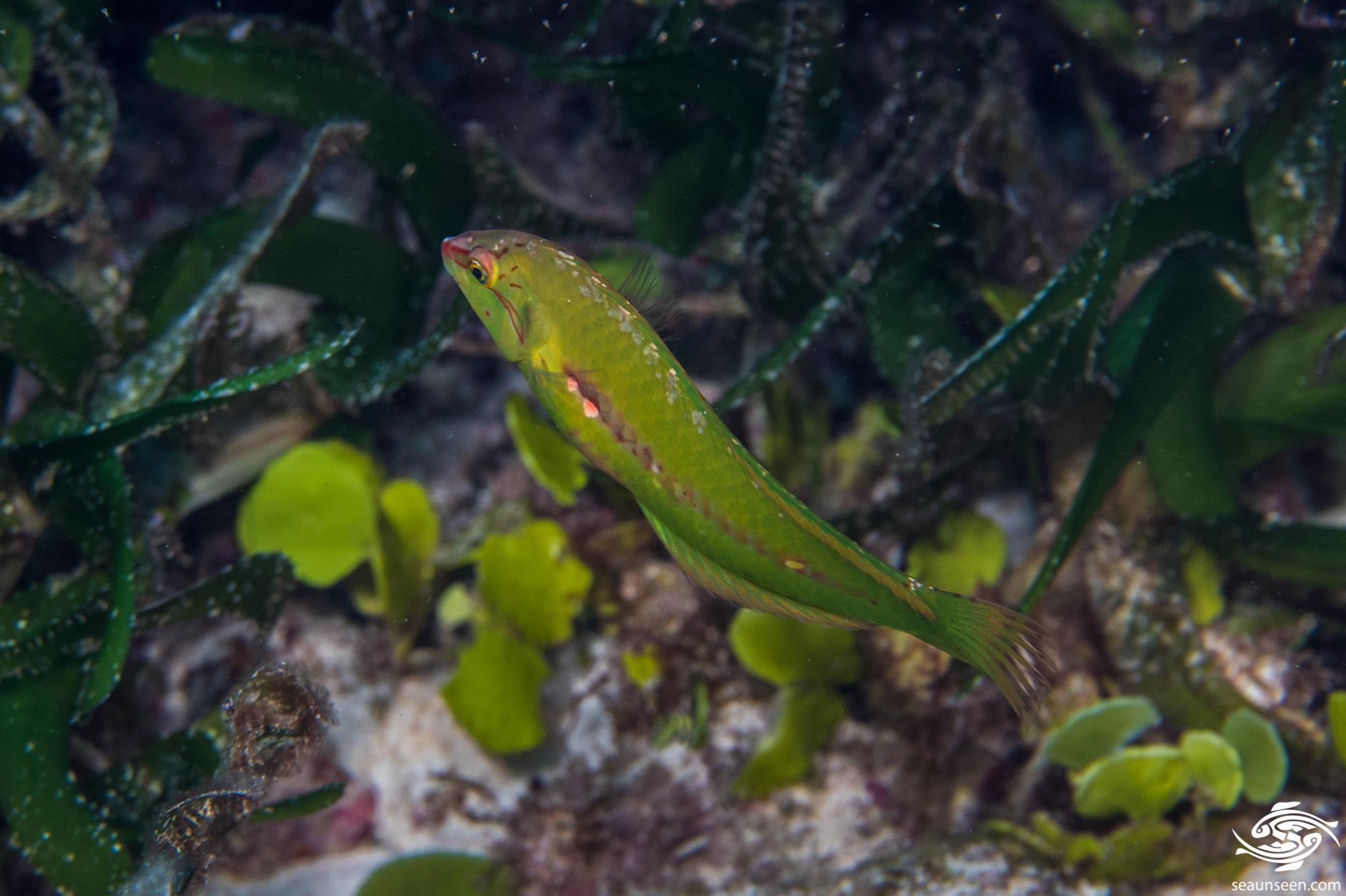 Sea Grass Wrasse have a narrow slender green body which seems to vary in brightness from a bright emerald green to a lighter more dull green. The eyes are slightly bulbous and are yellow. The initial phase females have thin red stripes on the face and a broken red line along the mid body from behind the gill plate to the caudal area.  The fins are green and the caudal fin has particularly prominent spines.

The Terminal phase males have thicker red lines on the facial area and a row of black dots in the caudal area and a further row of white dots behind the gill plate. The fins are green with red markings and on the larger fully mature males pictured in the head image there are a series of red bars on the belly.

There is a dark brown phase which we have viewed but not managed to photograph.  The specimen we observed closely was the size of an initial phase specimen, not a terminal phase adult. It just happened to be sitting under the camera when I spotted it. One movement and it was gone. This color phase is very difficult to spot and track in the grass beds. They seem to grow up to about 15 cm in length although in the wild 10 to 12 cm is more common. The small juveniles which we have not sighted reportedly mimic waspfishes in the Ablabys genus. 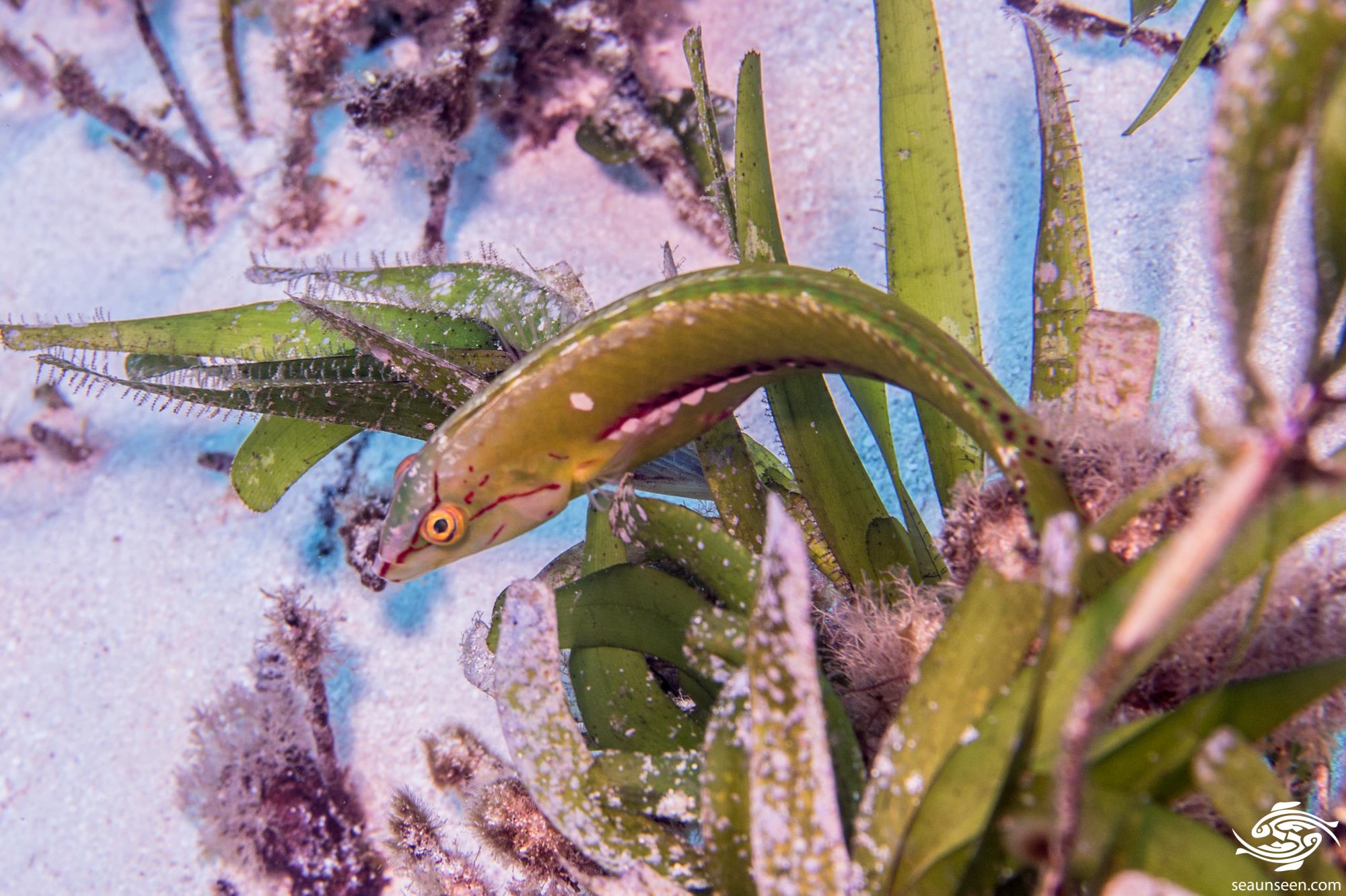 The Sea Grass Wrasse is very difficult to photograph and they are well camouflaged and quickly dive into the grass and possibly even the sand. They disappear very quickly.  In some areas they are numerous and in other areas there are only a few of them. They are more numerous in Tanzania in the deeper grass beds from 15 meters to 25 meters. 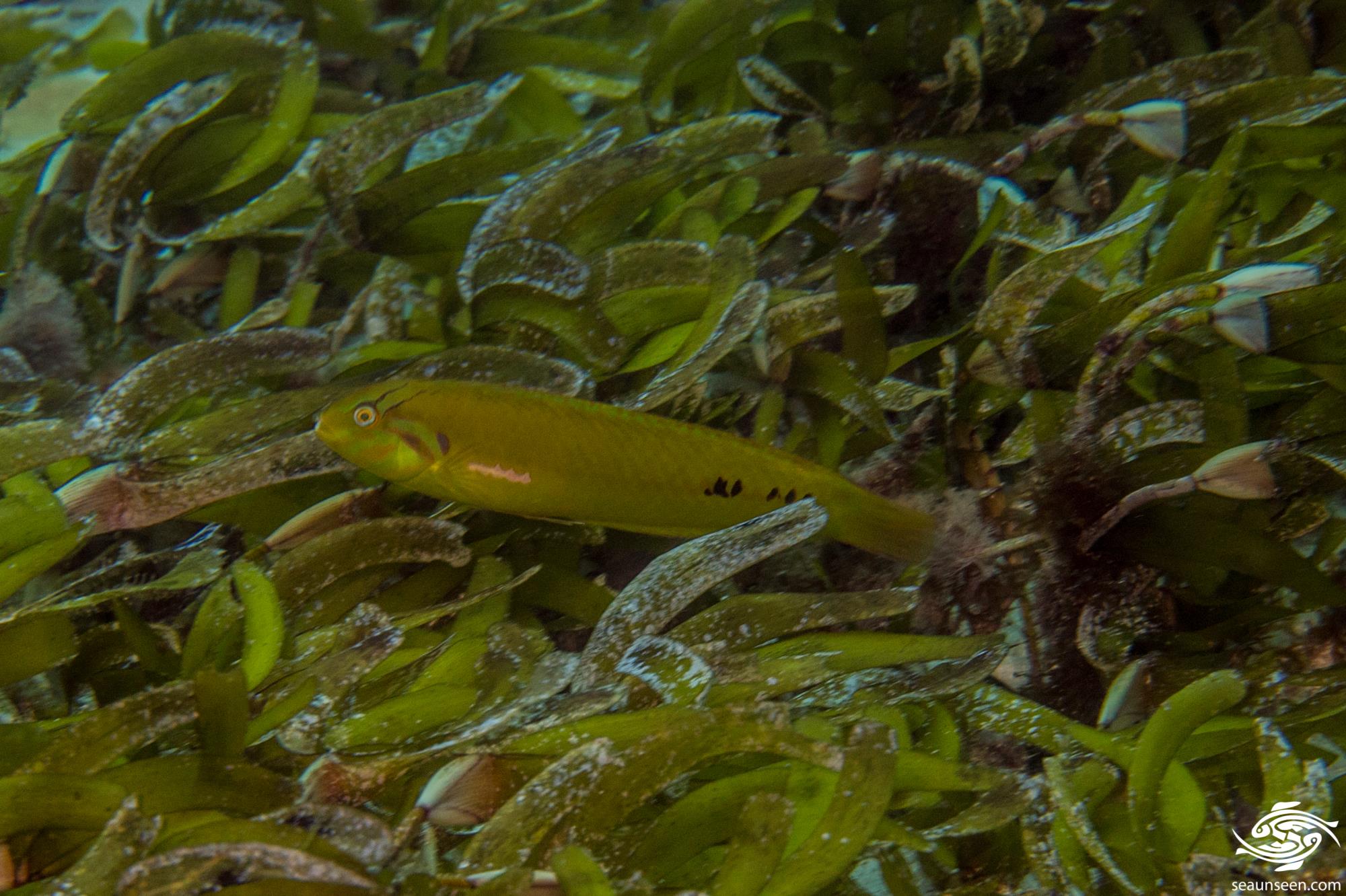 The Sea Grass Wrasse is found  from East Africa including the Red Sea to Okinawa in the north and Lord Howe Island in the east.  They are only found in the grass beds from 3 meters to 25 meters. 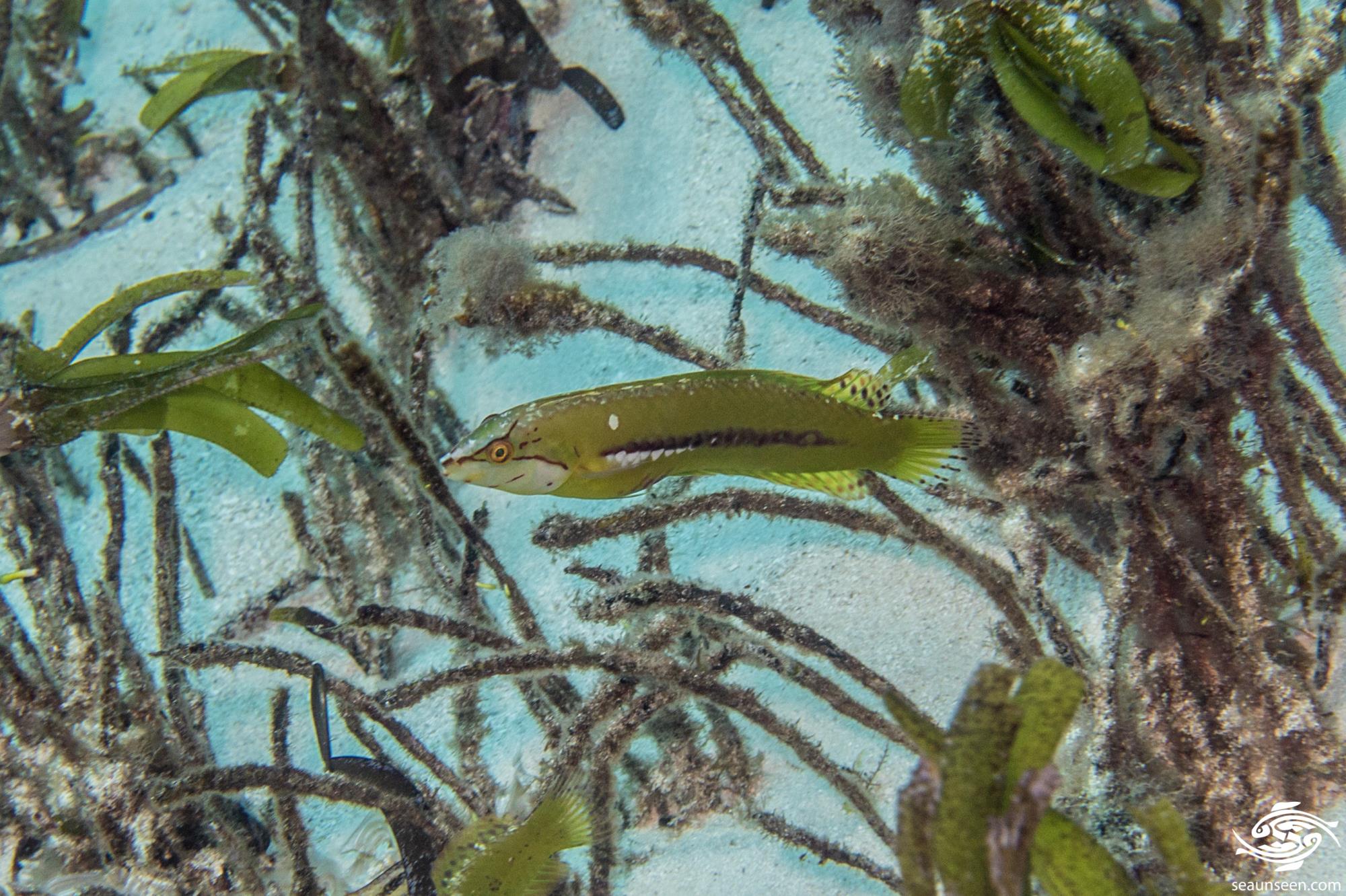 The Sea Grass Wrasse seem to feed on small grass bed dwelling invertebrates that they pick off with their pointy mouth. That is however just an assumption. 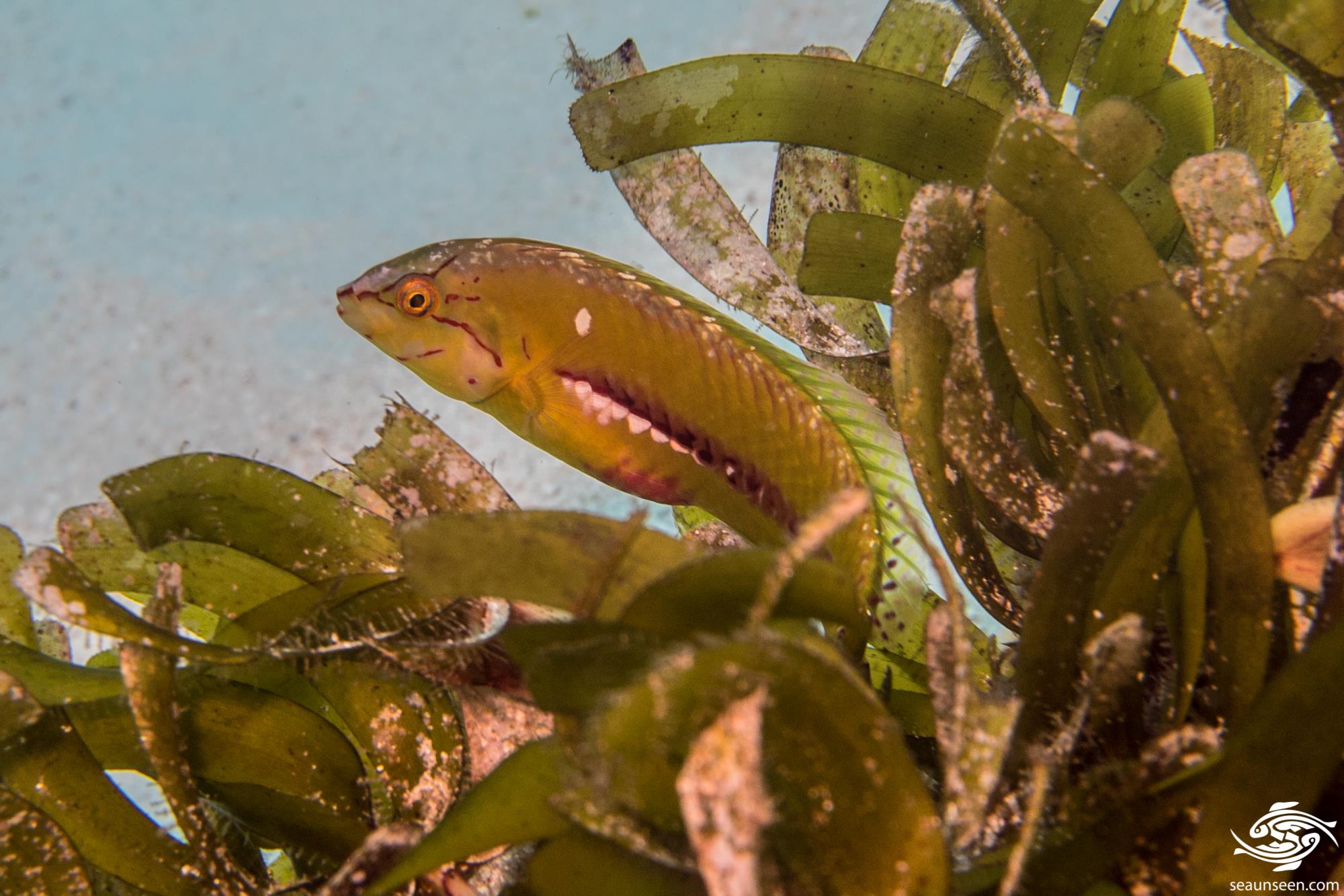 Little is known of their reproductive habits, but they are protogynous hermaphrodites. There are not that many terminal phase males around and these appear to be haremic as the males patrol large areas. We watched one large male swim between two small grass beds over a distance of some 15 meters. 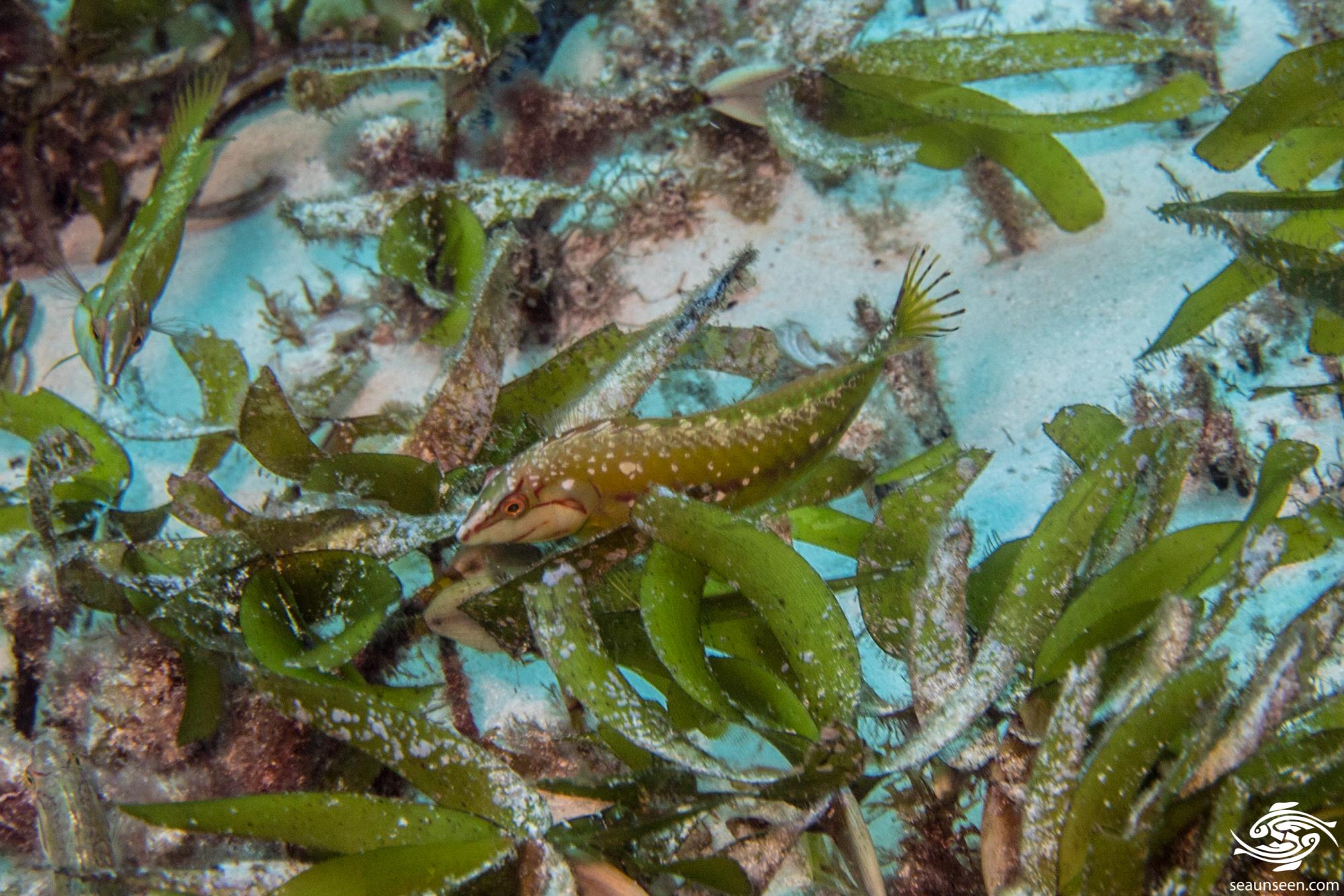 Sea Grass Wrasse are probably not commonly kept in aquariums and there seems to be little literature on keeping them. They likely burrow and would almost certainly jump. 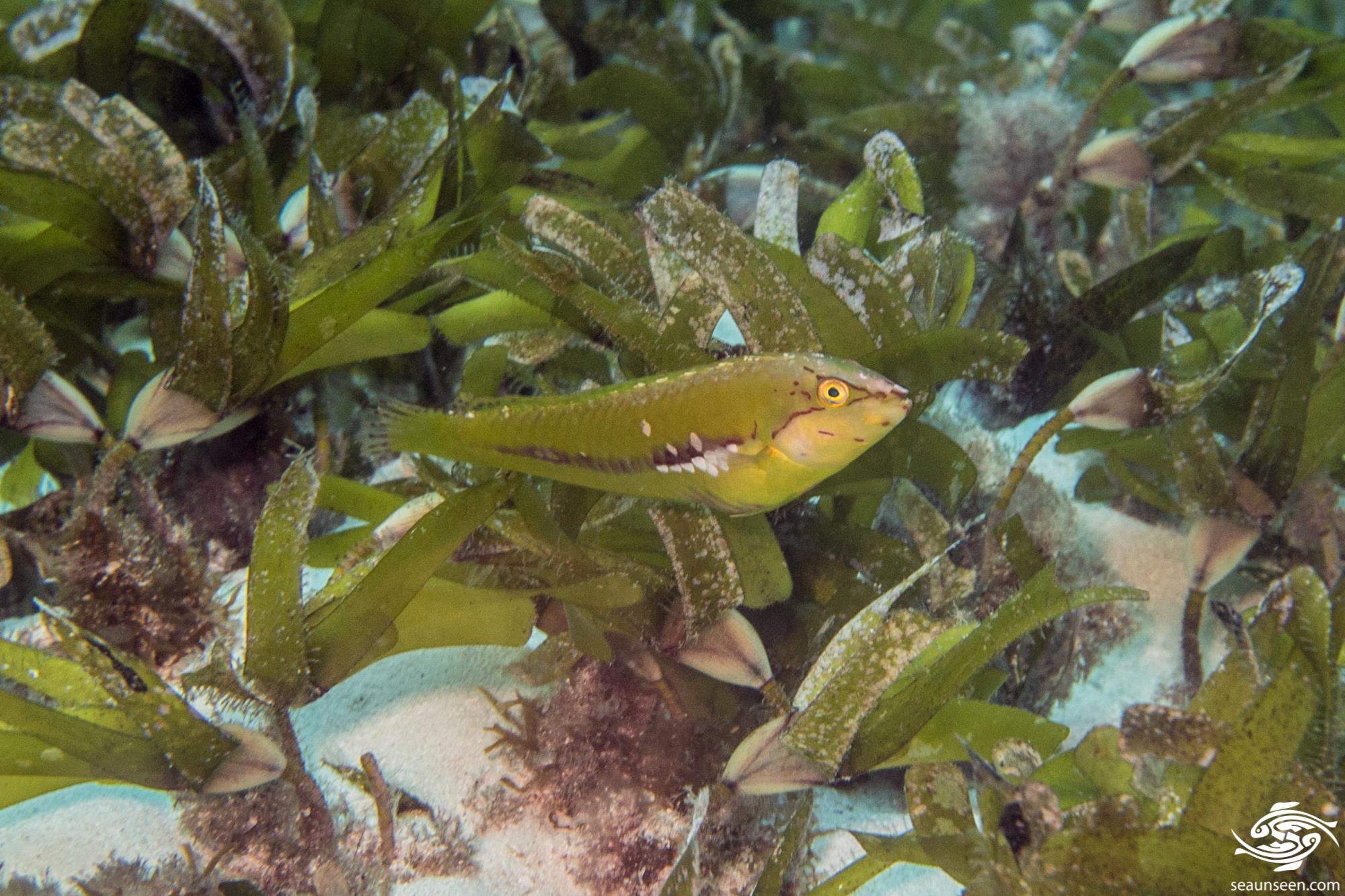