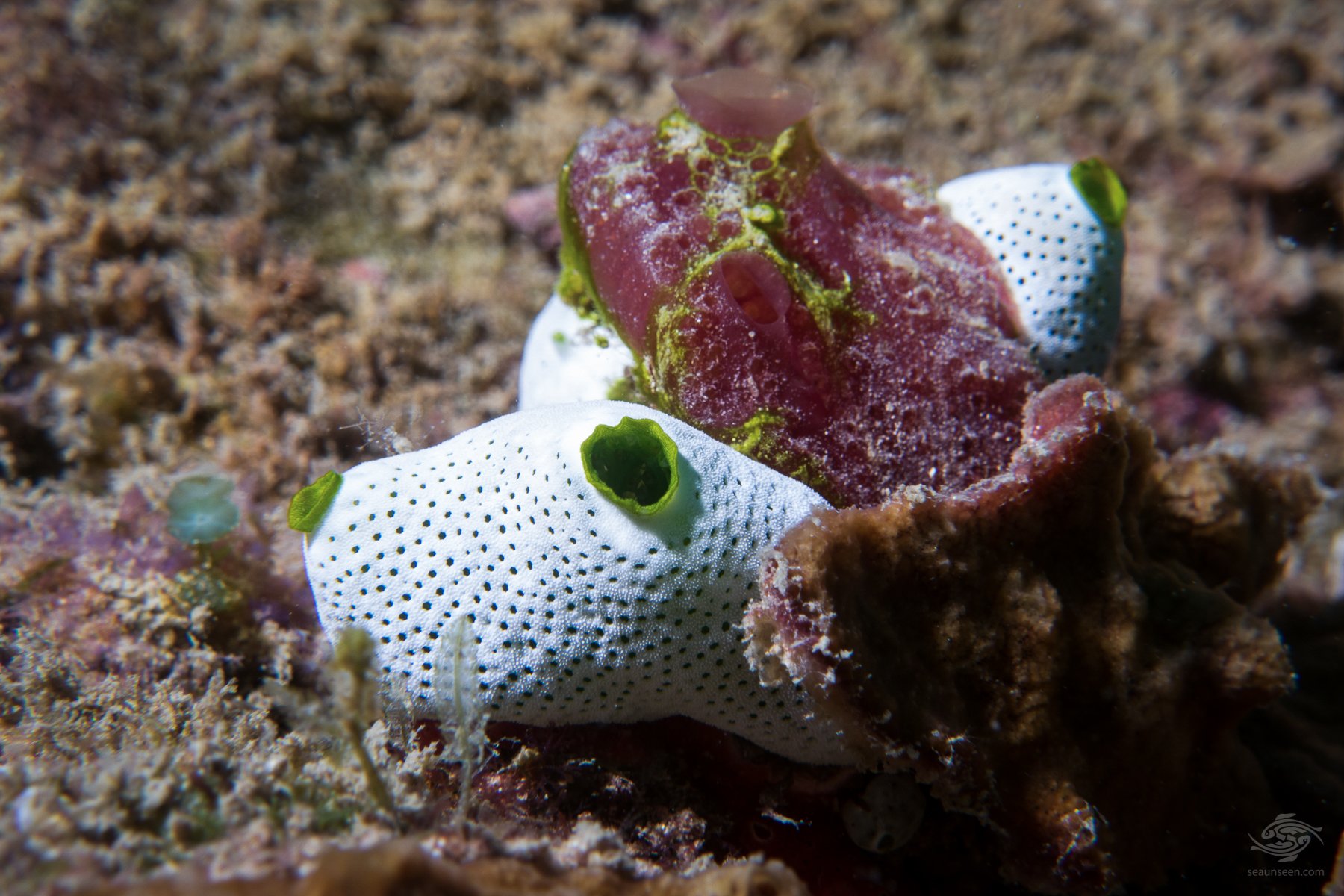 A sea squirt (Ascidiacea), also known as an ascidian, photographed off the coast of Dar es Salaam, Tanzania. They are sac-like marine invertebrate filter feeders, characterized by a tough outer “tunic.” They are found all over the world, usually in shallow water with salinities over 2.5%. There are 2,300 species of them and three main types; solitary, social sea squirts – which form clumped communities by attaching at their bases, and compound sea squirts – which consist of many small individuals forming colonies up to several meters in diameter.

Photographed above is a small colony of Didemnum molle adhered to a coral substrate. These are native to the Red Sea and tropical waters of the Indo Pacific region, and are commonly called the tall urn ascidian, green barrel sea squirt or the green reef sea-squirt. The colony is composed of a number of linked zooids, each with a plump, urn-shaped body with a diameter of up to 10 cm (4 in). The body wall is made of a cellulose-like substance that is strong but flexible, and is perforated by numerous small holes, through which water is drawn into the body. At the top is the large siphon through which water flows out.For more photos and videos click here

and a hand-mounted SOLA 2100 Video Light