Sea Urchin Spines- How to deal with them 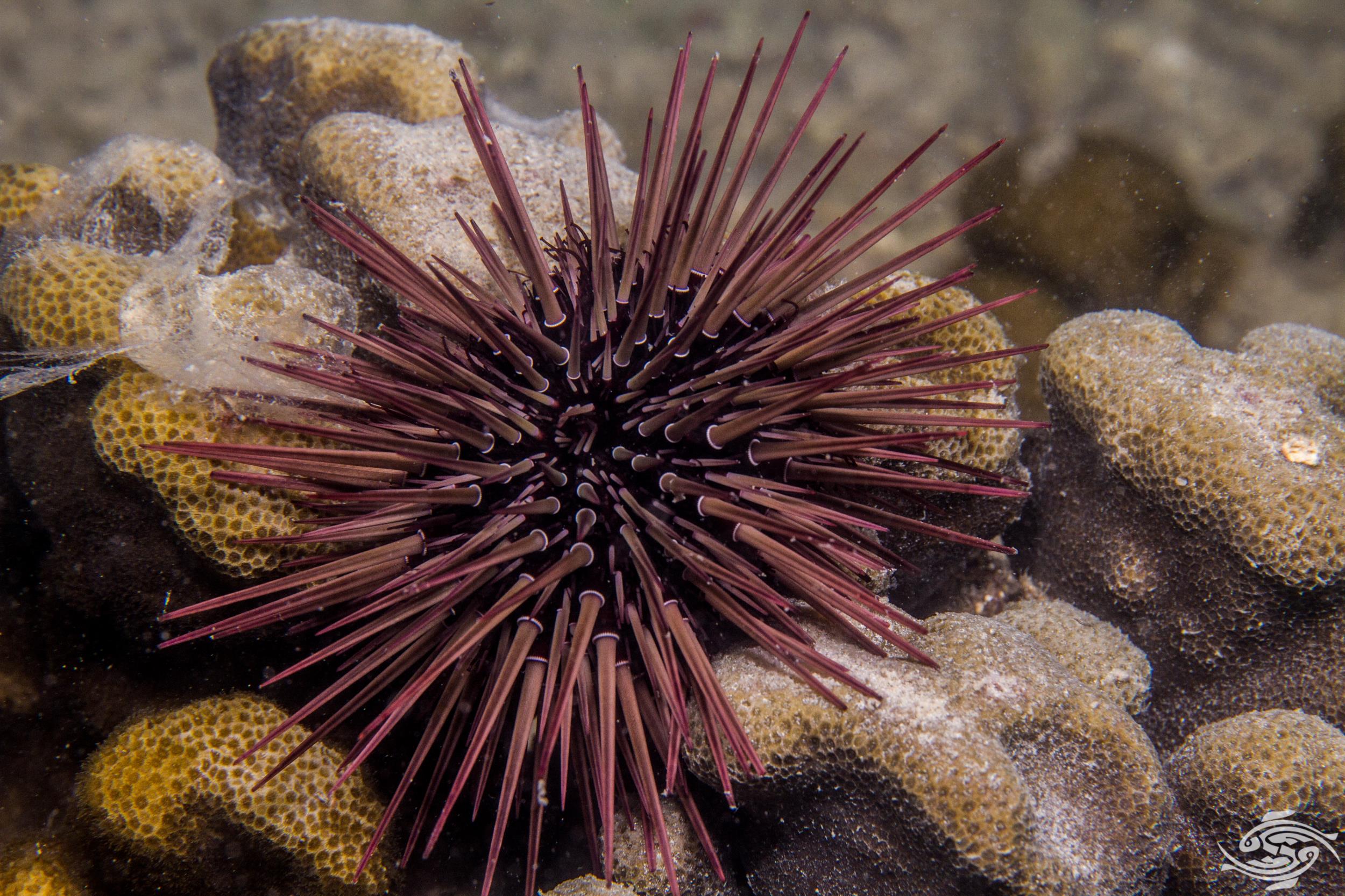 Urchins can be quite attractive looking as can be seen in the images but they are prickly and many have poisons on their spines. Whether one is diving or involved in other recreational activities around the sea shore, every now and again one gets pricked by an urchin.

The urchins of course do not deliberately prick one and usually one bumps into them underwater or stands on them. So their spines are more of a deterrent than an active defense. Some urchins such as the Flower Urchin ( Toxopneustes pileolus) rely on stings rather than their spines for defense and you can read about them here.  These stinging urchins are potentially more dangerous than the ones that prick you and it is worth knowing about them.

The spines themselves are very brittle and are made of calcium carbonate. Depending on the species they may or may not contain poisons in them. These poisons although they are not life threatening can be extremely painful. Having spent a lifetime interacting with the ocean I have probably been pricked more times than most people, sometimes quite badly, but more on that later. While it is uncomfortable and often painful, a prick from a sea urchin is unlikely to be fatal or life threatening in any way. 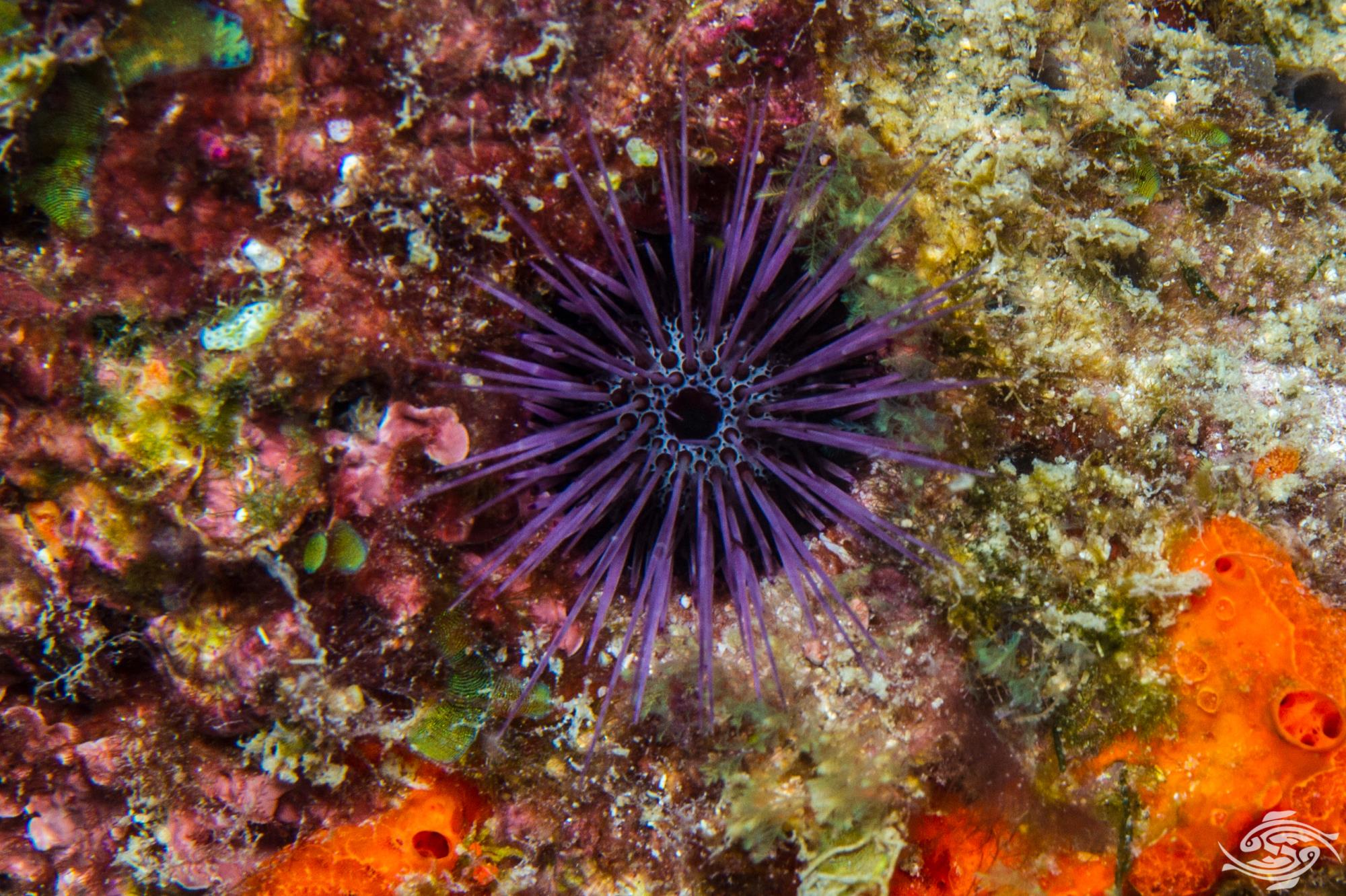 This is something you find out rather quickly. Once you have been spiked by an urchin you will feel the spine penetrating you and a tingling pain. If the pain worsens then you have been spiked by an urchin with poison on it. It tends to hurt quite a bit for about ten minutes and then the pain drops off a bit. The area around the spike often goes black. I am not sure why , but this is nothing to worry about. Being brittle the spines usually break off in you.

If there are spines sticking out of you then you need to try and pull them out. A pair of tweezers is useful at this stage but if you do not have any then try pulling them out by hand. Because the spines are brittle one has to be very careful and to try and pull them straight out. If you pull at a slight angle then they will break off. It is usually not possible to pull all the spines out and some break off inside you. As I said earlier you may have black smudges around the spines but this is no problem. The bulk of the pain dissipates off in the first ten minutes and it stops hurting as much. 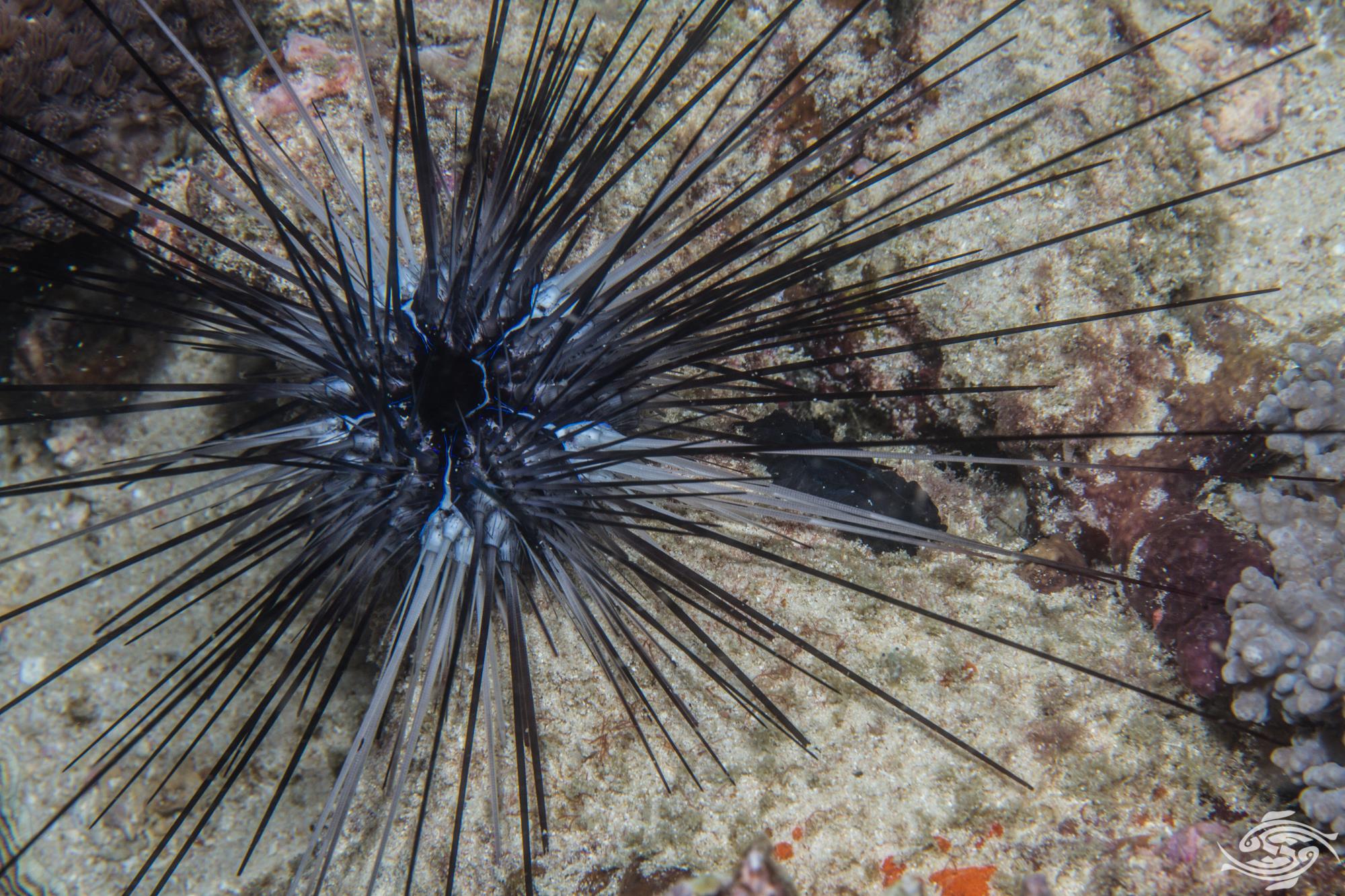 HOW TO GET RID OF THE SPINES

Depending on where you are when you are spiked, it can be very easy to solve the problem and there is more than one way of doing it. The best way that I have learnt to date, which is the method used by the Swahili fishermen on the Tanzanian coast is to get a Papaya or Paw Paw as they are called in South Africa. I have to say I was very skeptical of this working until I tried it.

The local fishermen say that an unripe or green Papaya works best, but I have had equal success using a slightly ripened Papaya. You cut a thick slice off the Papaya and squeeze the juice onto the wounds ensuring that the juice gets into the holes created by the spines. If all goes well, within 10 to 15 minutes the black marks disappear and the spines dissolve. I am not sure of the exact chemical mechanism , but something in the Papaya juice, possibly Citric Acid, dissolves calcium carbonate and very quickly at that. The physical pain from the wound goes away quite quickly after this.

Once the spines are dissolved I usually immerse the area in hot water as hot as one can take it ( around 45 to 50 C) for short periods of time and then longer periods as the water cools. It is not always possible to do this depending on where the wound is. If not then one needs to clean the wound with an antiseptic such as Dettol or Savlon, a good soak of the area using a cloth with warm water. It is best to do both, but either seems to work well.

After that particularly in the tropics I use a topical antiseptic cream on the wounds until they heal. 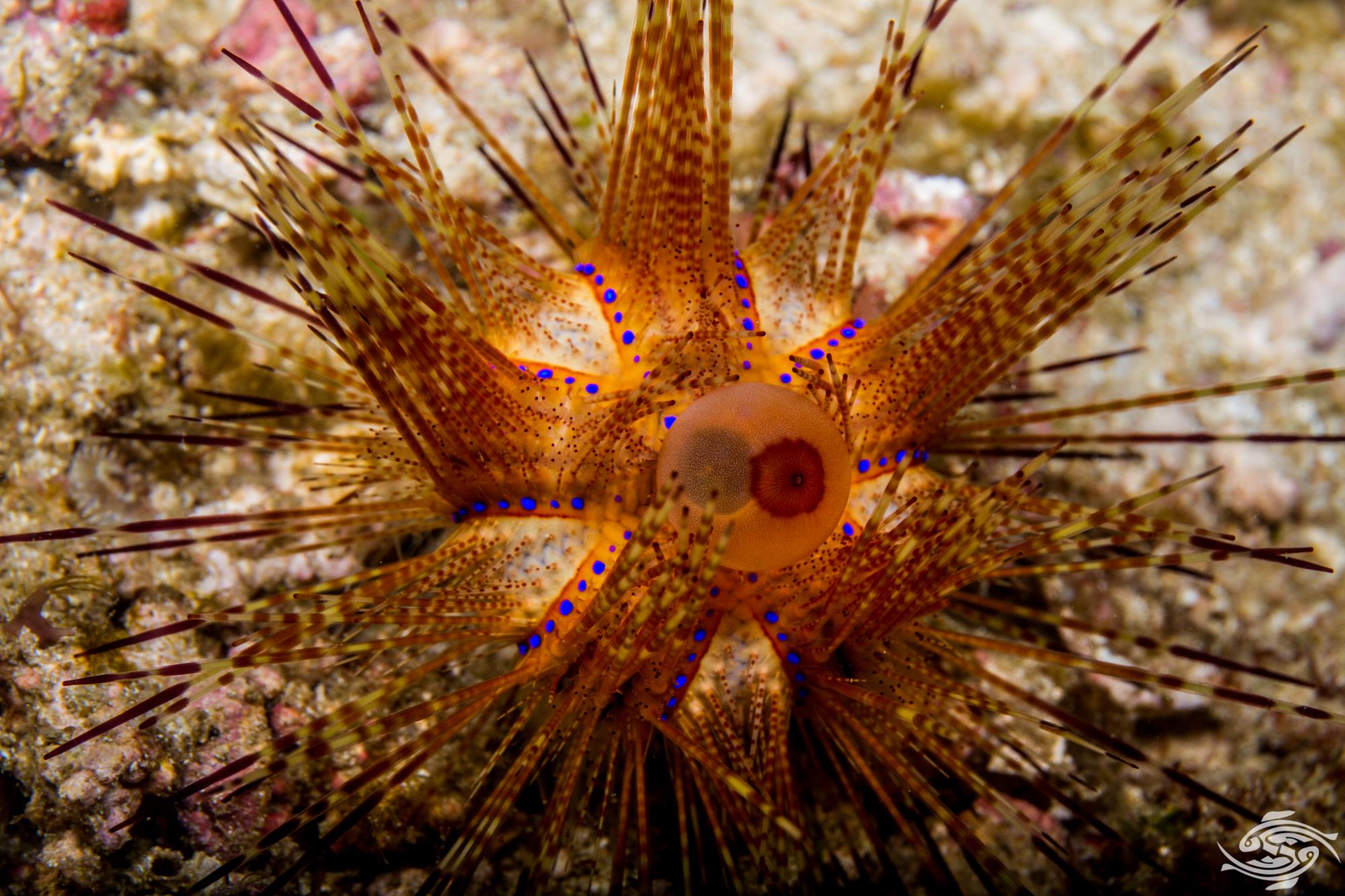 IF YOU CANNOT GET YOUR HANDS ON A PAPAYA

The next best solution to the problem is vinegar, white is best although I have once used Balsamic vinegar when nothing else was available. Warm the vinegar a bit if you can and soak the spines until the acetic acid in the vinegar has got to the spines and dissolved them.

There is a well known chemical reaction when you mix Vinegar and Calcium Carbonate and carbon dioxide is given off . This dissolves the spines quite quickly. Perhaps not quite as fast as the Papaya but equally as effective. After that a good clean and one is back ready to go back in the sea.

If you cannot get your hands on Papaya or Vinegar, then fresh Lemon or Lime Juice will possibly work as well, having a five to six percent quantity of citric acid in them. To test which method worked best we conducted an experiment with pieces of spines freshly broken off an urchin. These were placed in saucers and we used fresh pineapple juice , lemon juice, papaya juice and vinegar on each piece. In terms of the speed of dissolving the spines the lemon juice was fastest , followed by Papaya and Vinegar.  The Pineapple juice was markedly slower. Obviously the citric acid content in each particular fruit is going to determine the effectiveness and this will vary but either of the fruits will work. 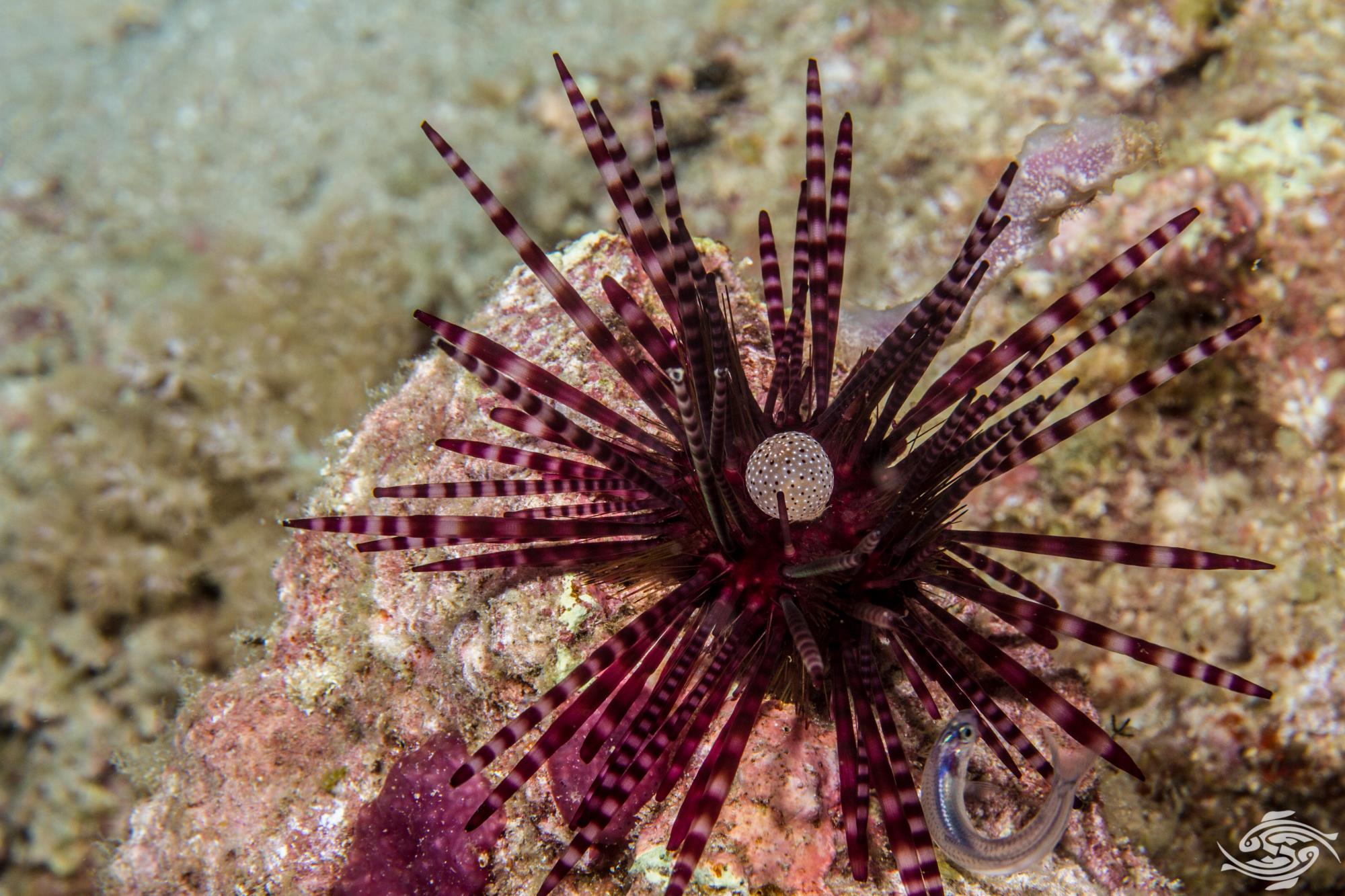 One needs to get to work on the spines with Papaya juice, Lemon or Lime juice or vinegar as soon as possible. If one waits too long then the body encapsulates the spines and the juice or vinegar cannot get to the spines to break them down. This can be a problem because the body tends to push things around in it and it does not always choose the shortest route out. Some thirty years ago I was windsurfing in Durban on a short board and my skeg clipped a reef and came off causing me to spin out and land feet first on a large number of urchins.

This was many years ago and I did not know the spines could be dissolved easily.  Long and short of it is that I picked as many spines out as I could with a needle. Several months later my big toe seized up and I could not bend it. I thought maybe I was getting early gout ! After some months I could move my toe again and thought nothing more of it. About 18 months later putting my socks on I saw something black just under the skin above my toe joint and took it out. It was big piece of urchin spike which must have been pushed through my toe joint.

There is a documented case of someone having their hand paralyzed by an urchin spine when the spine pressed on a nerve. So it is important to get the spines out. If necessary you may have to use a needle to get at the spine, or failing that see a Medical Professional to have the spines removed. It is imperative to remove them particularly if they are near a joint.  A Tetanus injection will probably be recommended by Medical Professionals after being spiked. 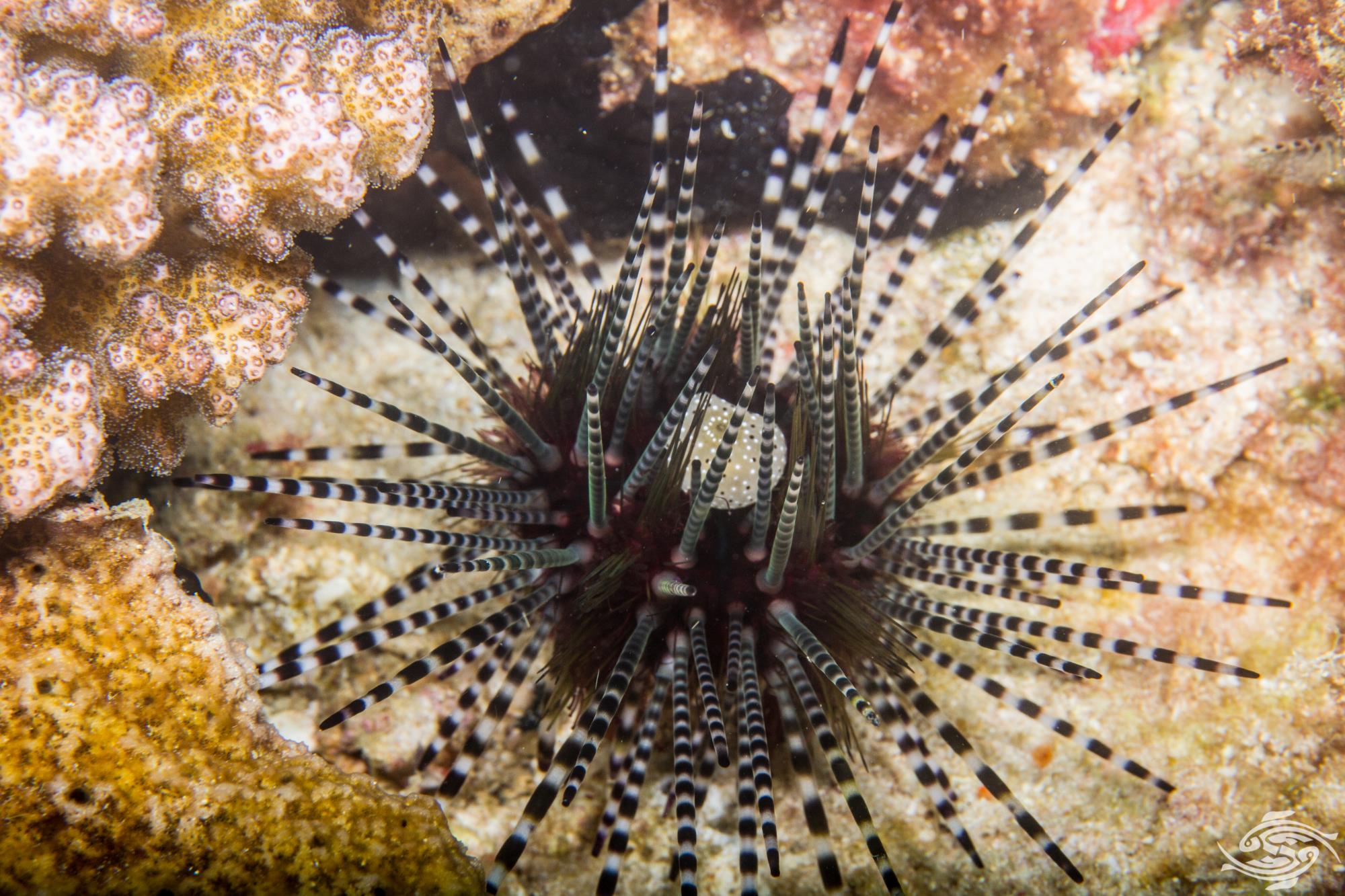 If you are visiting a tropical area with white beaches and a calm blue sea then there is a great chance that there will be urchins moving around on the sand. If you want to walk in the water then put shoes on. It is not only urchins that one needs to be careful of.

There are far more dangerous organisms that can do more than spike you in the sands.  Stonefish, Scorpionfish and Cone Shells all have the potential to be lethal or to be excruciatingly painful if you tramp on them. Never pickup cone shells in the water or waters edge, they can be lethal. The more brightly coloured something is in the sea, the more chance there is of it being dangerous. Watch the surface of the water for Bluebottles and keep an eye out for jellyfish while you are enjoying yourself. If you are not sure what something is do not touch it. 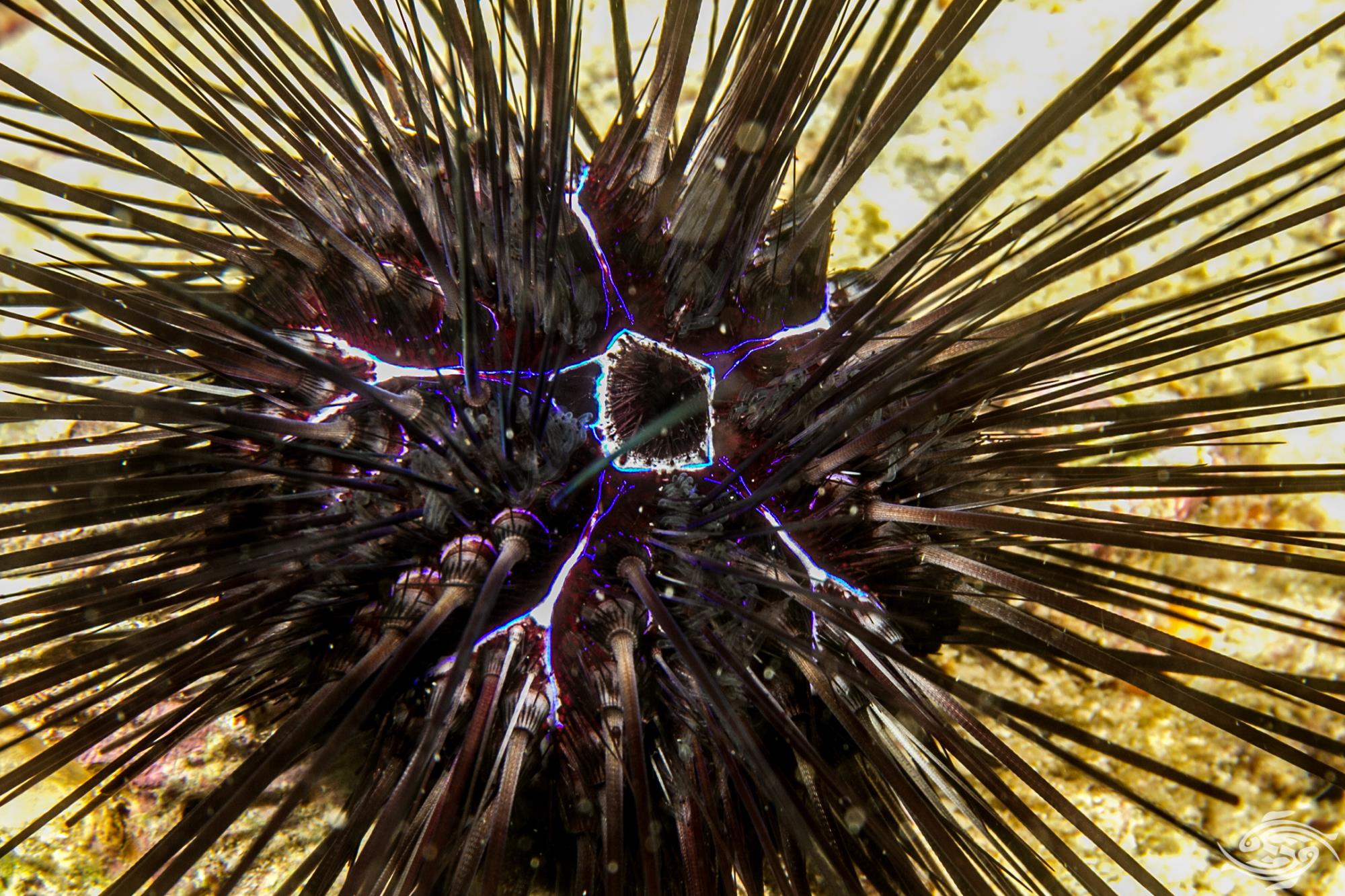