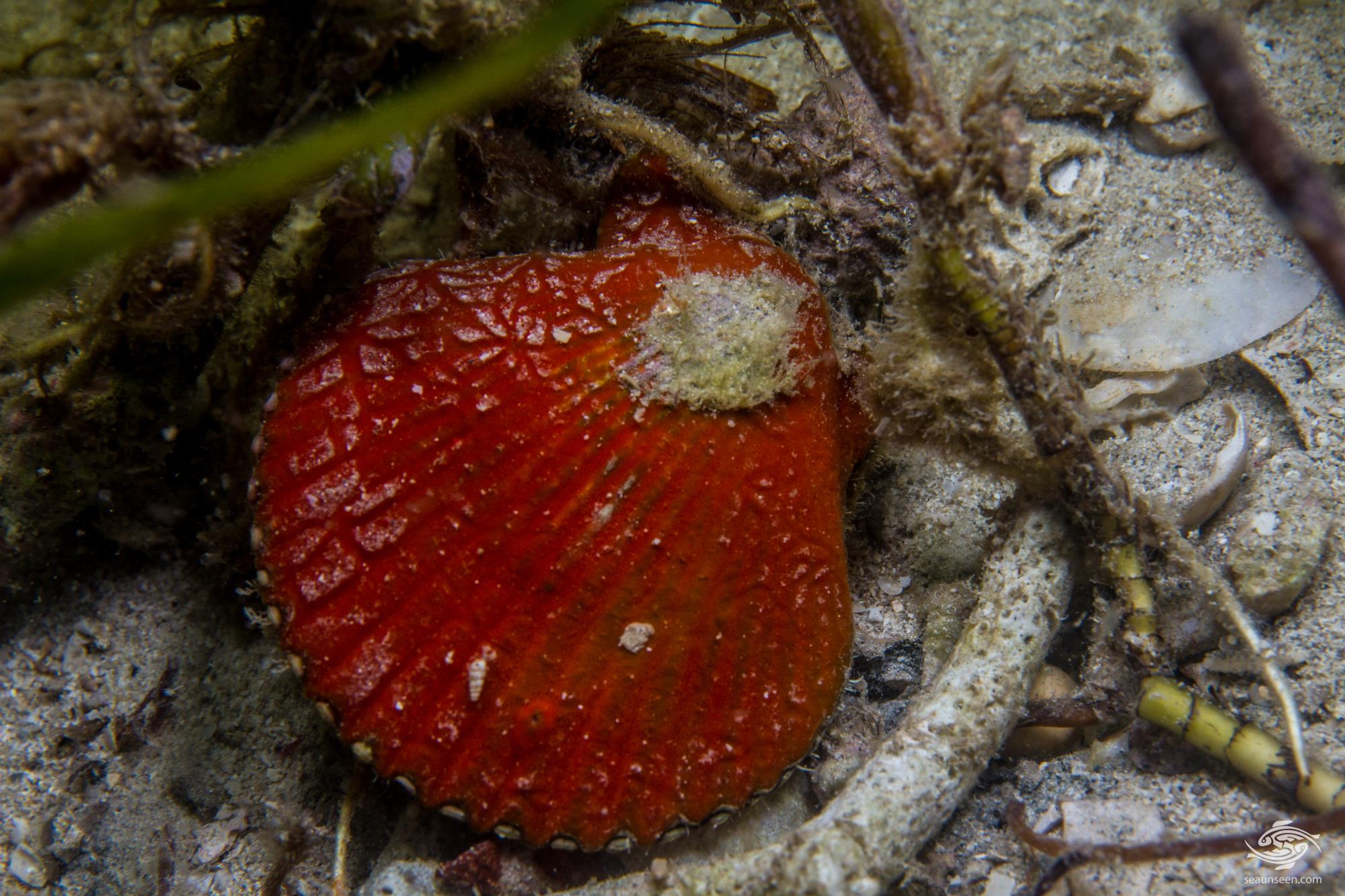 The Senatorial Scallop (Mimachlamys sanguinea) seems to have been named scientifically several times in the past and was previously known as Chlamys senatoria, Chlamys porphyrea and Chlamys australis.  They are reasonably common in the shallows in Tanzania and are found in sandy grass beds as well as on mixed rubble. 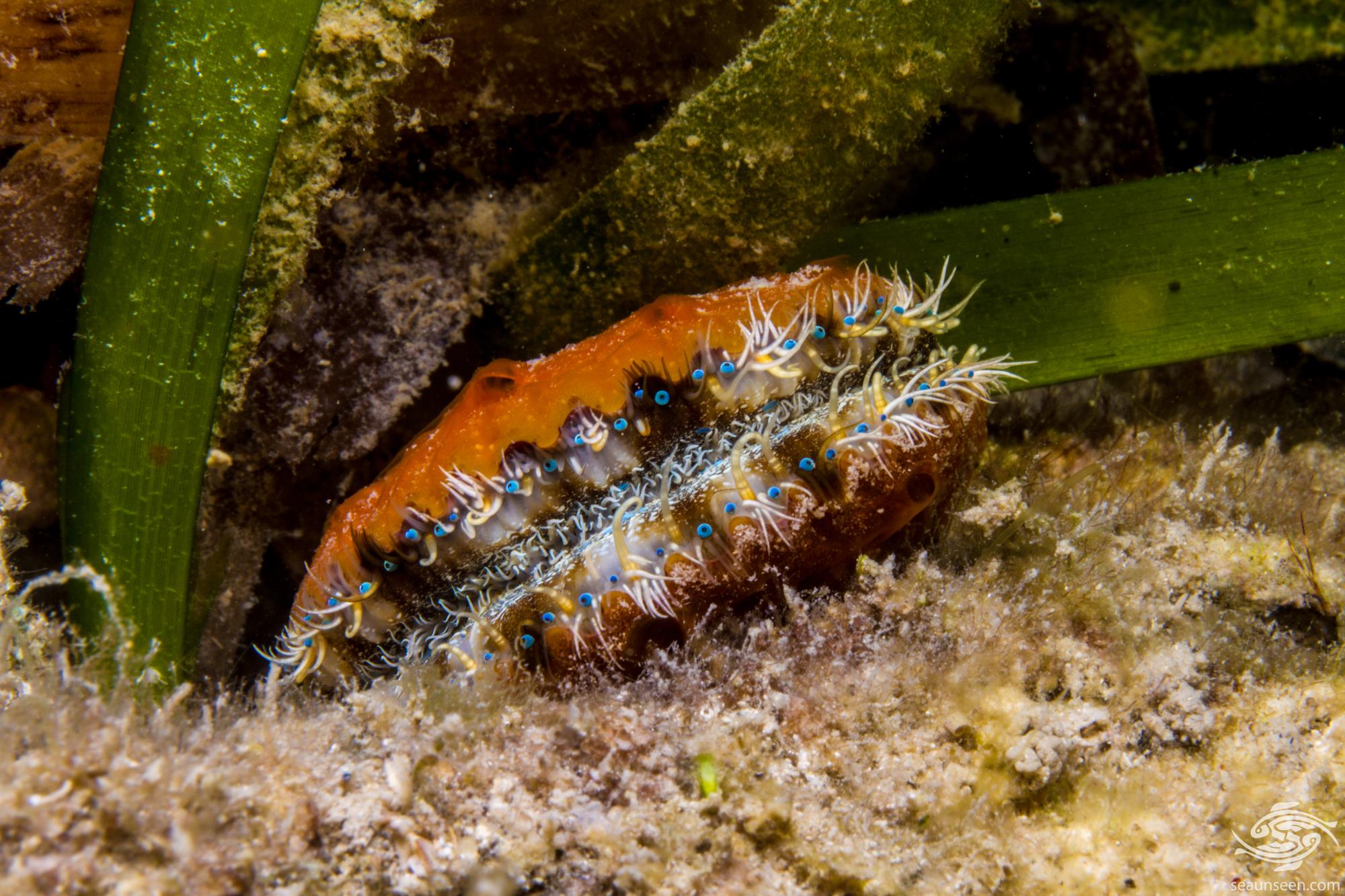 Senatorial Scallop are bivalves and as such have two shells known as valves, joined on one edge by a flexible ligament allowing them to open and shut. In the case of scallops the shells are not symmetrical and with this species, the upper shell is more convex with the lower shell being flattened. The shell has a series of ridges which radiate outwards to the convex edge.

All the specimens we have seen have either been bright red or have been red with white dots on them. Many are overgrown with sponges or with algae as can be seen in the images in the post. In some cases with the algae, this provides excellent camouflage and when the clam is shut they are hard to pick out.  Presumably the noxious sponges provide protection to the clam despite their brightness.

When the scallop is open, a series of short and long tentacles run around the upper and lower edges of the shell and there are a large number of distinctive blue eyes which can be seen in the image above.

All the specimens we have seen have either been attached to plant roots in the sand or to rubble and we have not seen an unattached specimen. Scallops lack a brain but have three sets of ganglia or collections of nerve cells. In addition they have a series of nerve nets which radiate around the body. The largest specimens we have seen have been roughly 6 cm in length and 4 cm in width. 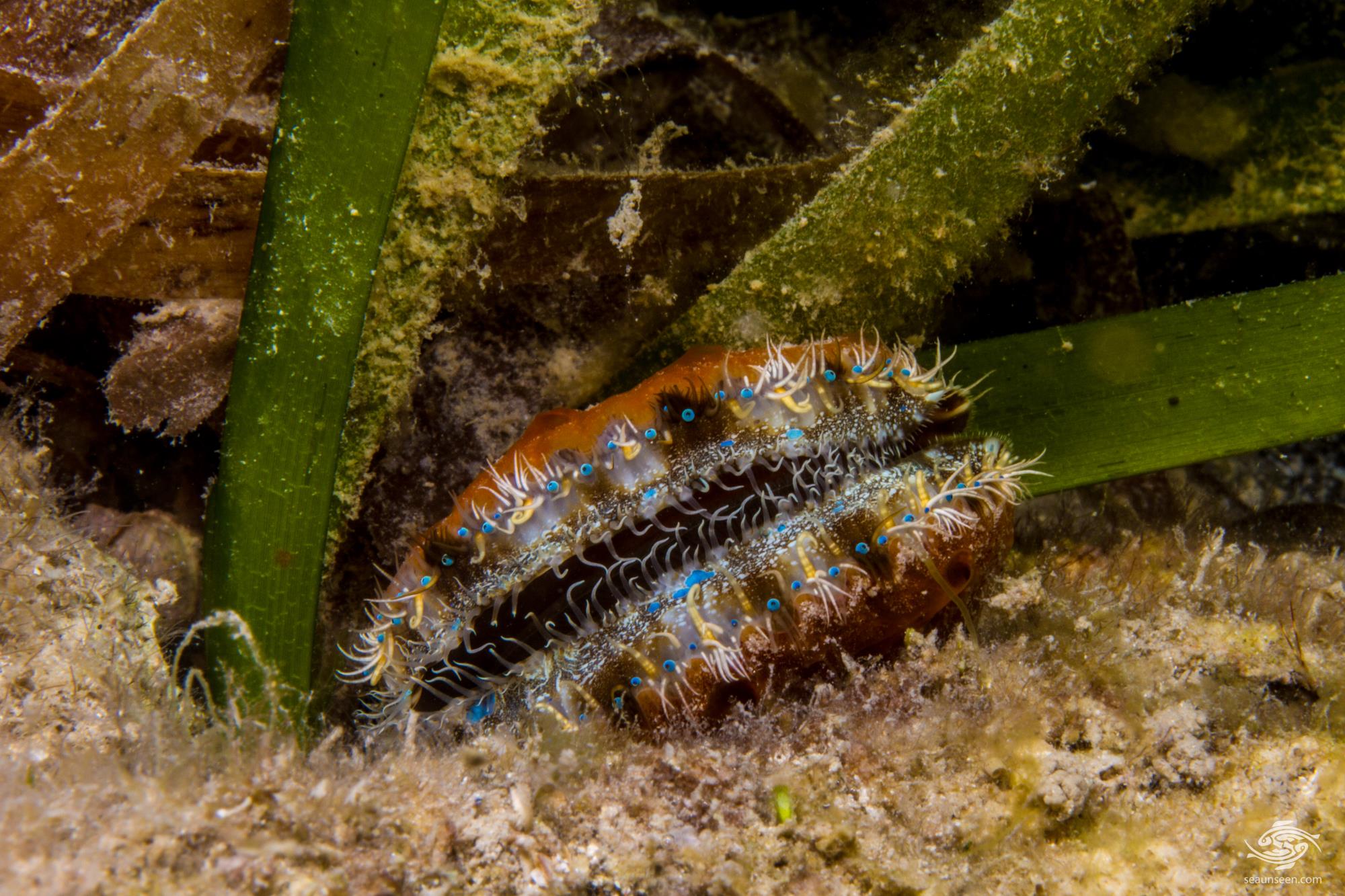 Scallops have up to 100 eyes and these eyes function in a different fashion to normal eyes. Instead of using a lens to focus, they rely on mirrors instead.  If you ever try and sneak up on them while they are open to photograph them during the day, they are rather difficult to get close to, to put it mildly.

The eyes are used for defensive purposes and seem to be very sensitive to light changes. Once the clam detects a change they shut. Some unattached clams are able to jet away by opening and closing the shells and expelling water but this behavior has not been observed by ourselves.  There is a very good explanation on how the eyes work in the video below.

SENATORIAL SCALLOP IN THE WILD

Senatorial Scallop are found in the shallows in bays and inlets in Tanzania and we have seen them either free living in the sand on grass beds or attached to rocks in coral rubble from depths of 1 meter to five meters.  They are particularly difficult to photograph open because they are sensitive to light changes and it seems to be easier to photograph them at night. During the day they invariably shut when one approaches them. They are particularly sensitive to salinity changes and research in India showed that freshwater inflows are likely to kill juveniles. 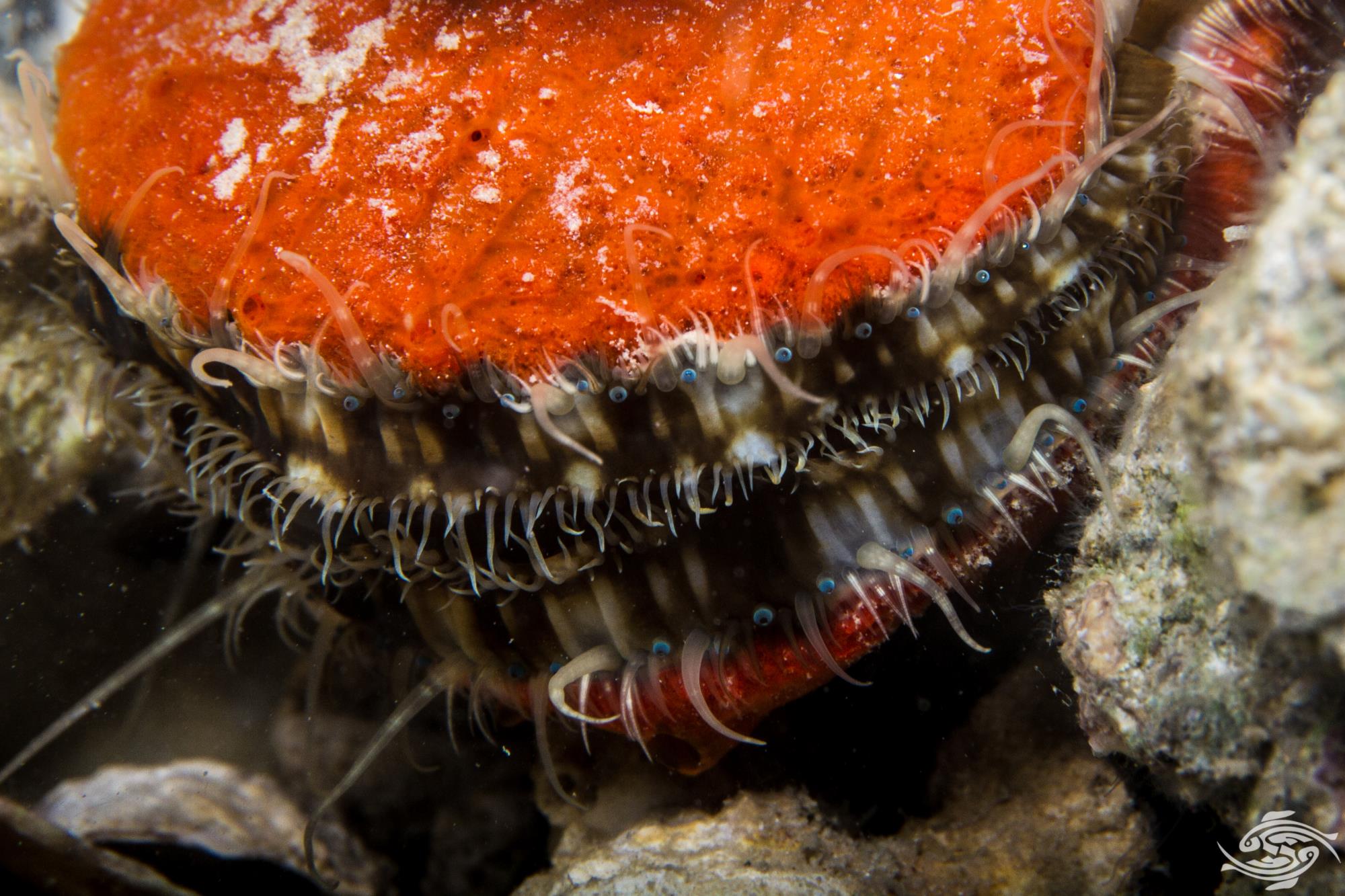 The Senatorial Scallop is found across the Indo-Pacific region, from the east coast of Africa including Madagascar to Micronesia and Polynesia, the Coral Sea and the Philippines. Along the Australian Coast they are found on the west coast of Australia, including Lord Howe Island. To date in East Africa we have found them from depths of 1 meter to 5 meters.  They have been found in the Suez Canal and on the Mediterranean Coast in Israel indicating they have migrated up the Suez canal from the Red Sea ( Lessepsian migration) Additionally they are recent arrivals in New Zealand, possibly being transported by being attached to boat hulls. 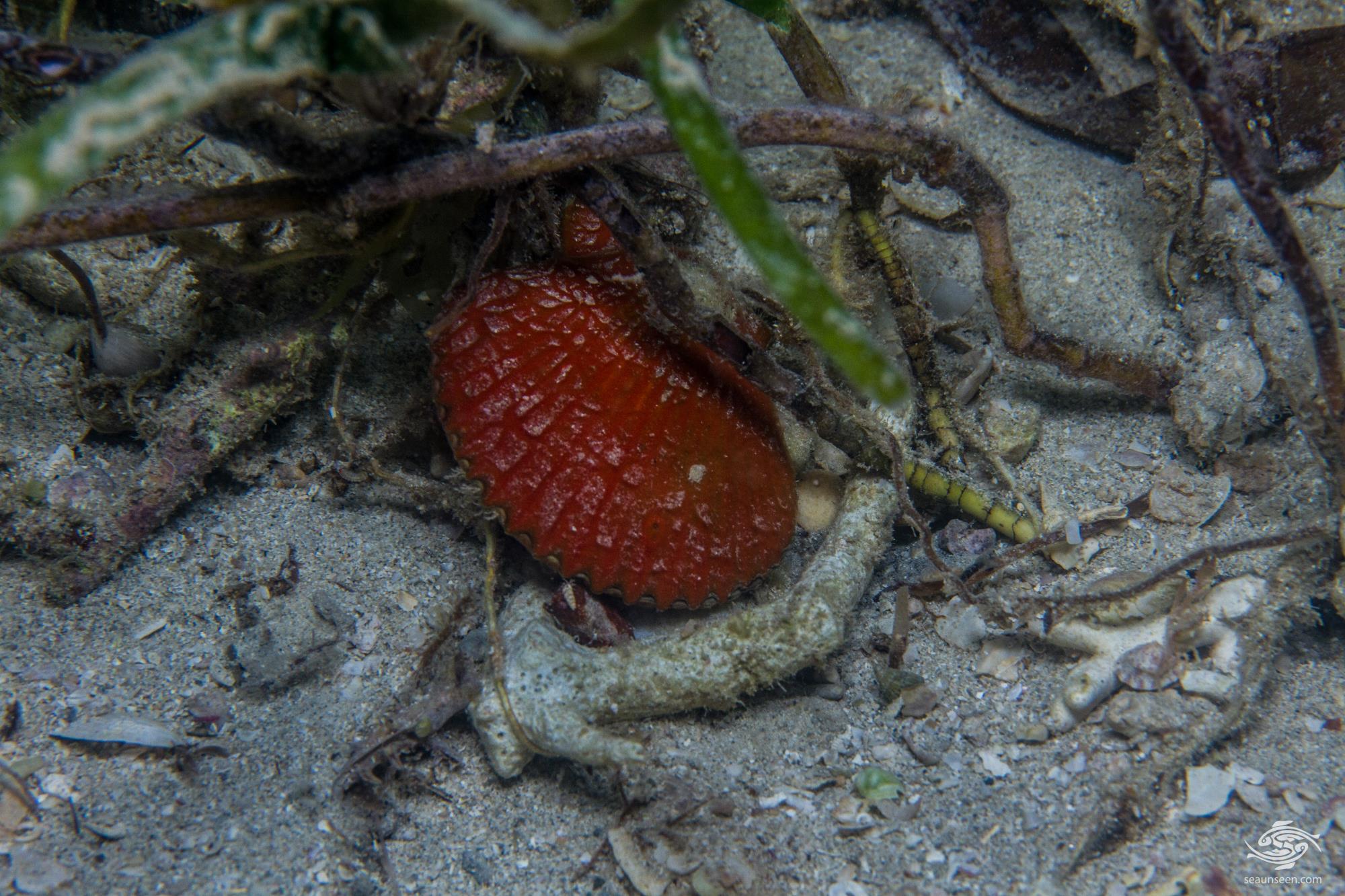 The Senatorial Scallop is a filter feeder and feeds on plankton. Water movement deposits the plankton on the filtering structures on the clam and these are then moved through into the mouth and are digested in a gland. Waste products are then passed through the intestine and out the anus. They are preyed on by some species of sea stars. 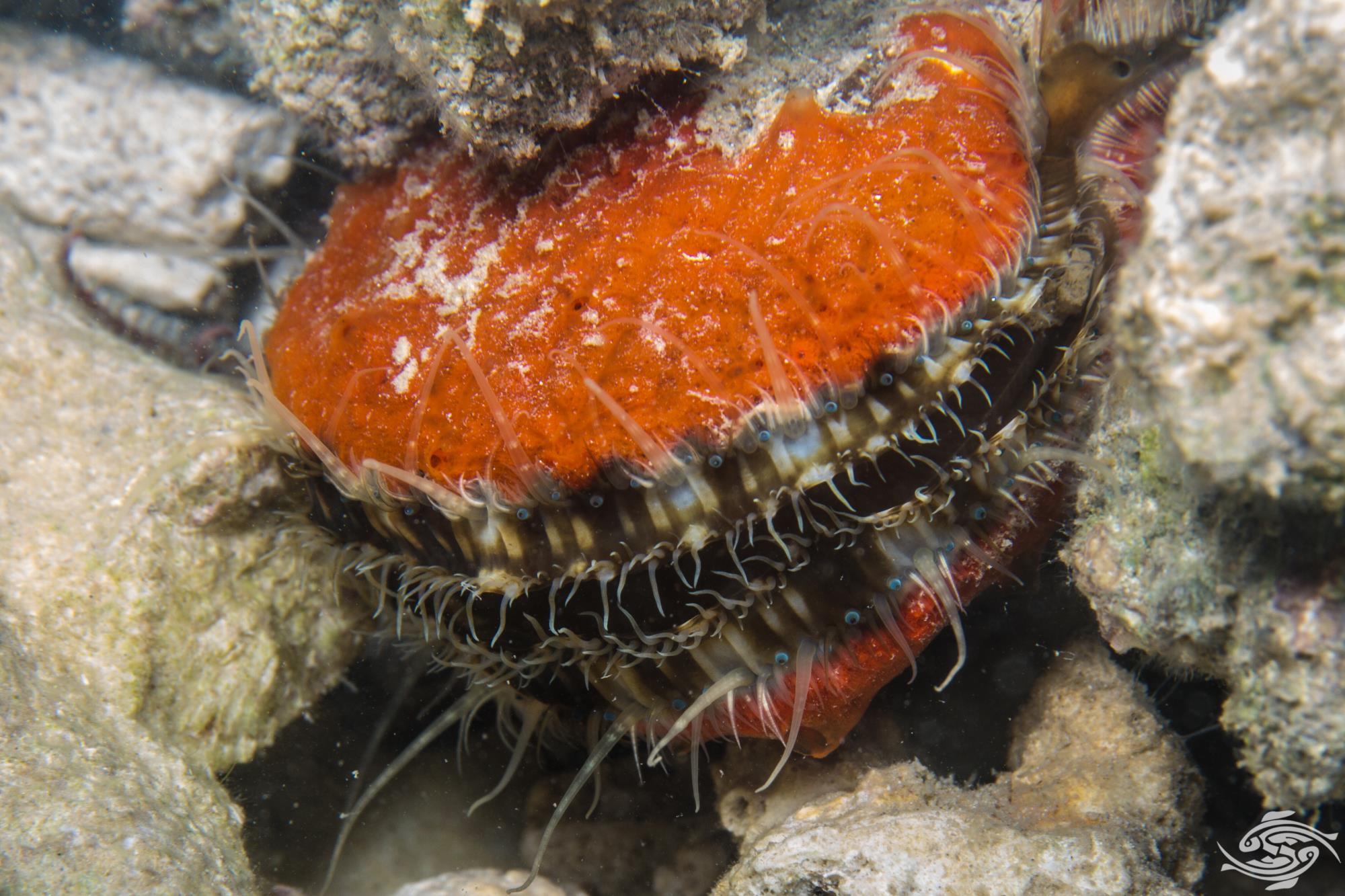 There seems to be little literature on the reproductive habits of the  Senatorial Scallop.   Scallops are either dioecious with the sexes being distinct, others are simultaneous hermaphrodites having both sexes and others are protandrous hermaphrodites being males when young then later switching to be a female.

Eggs and sperm are released into the water table and once fertilised the eggs hatch and enter a planktonic stage and then develop into young adults who attach to the substrate. 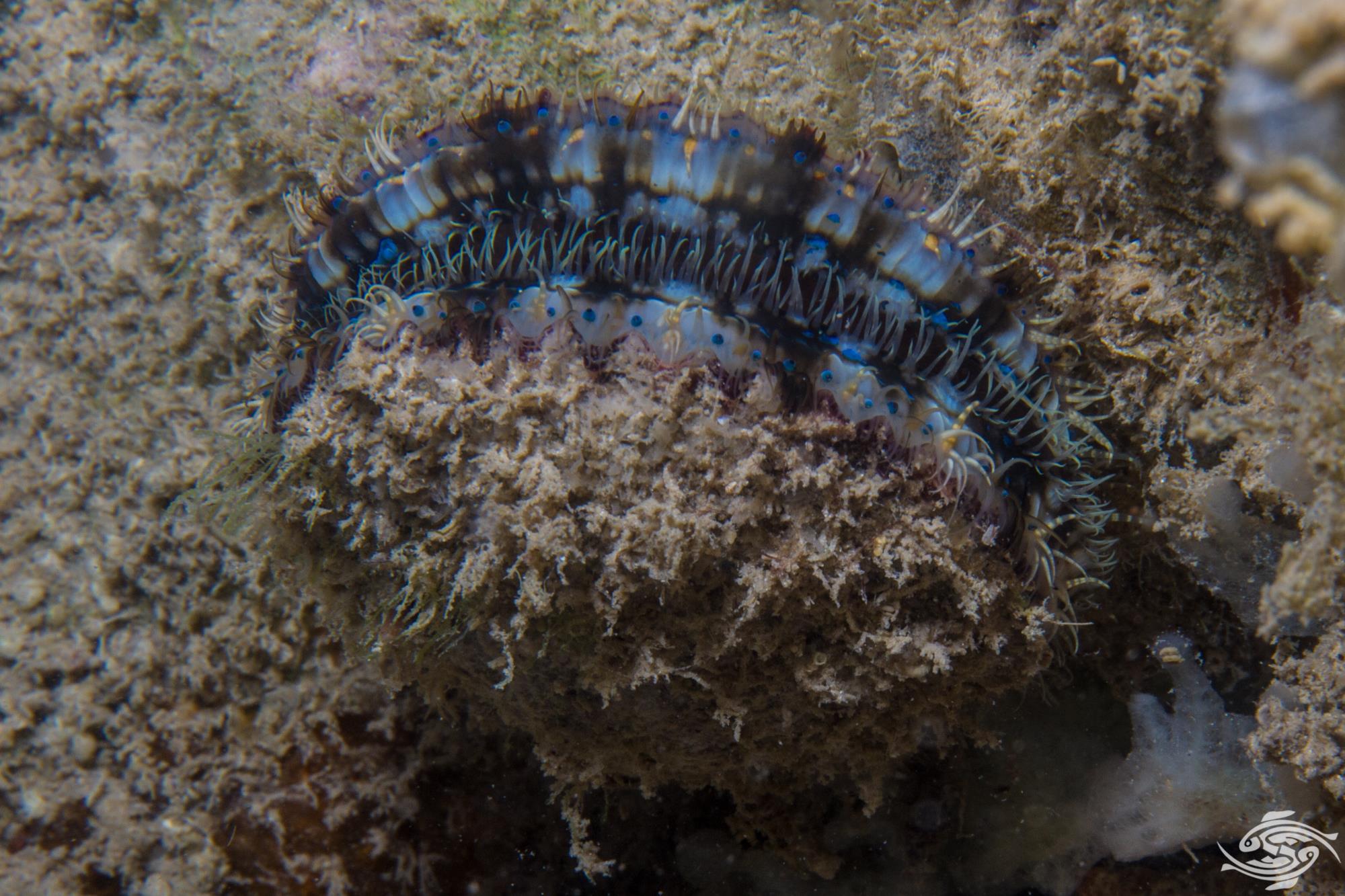 Some scallops produce pearls although they are not of the same quality of those produced by oysters. Senatorial Scallops are collected by indigenous communities for food and are usually boiled in a stew.