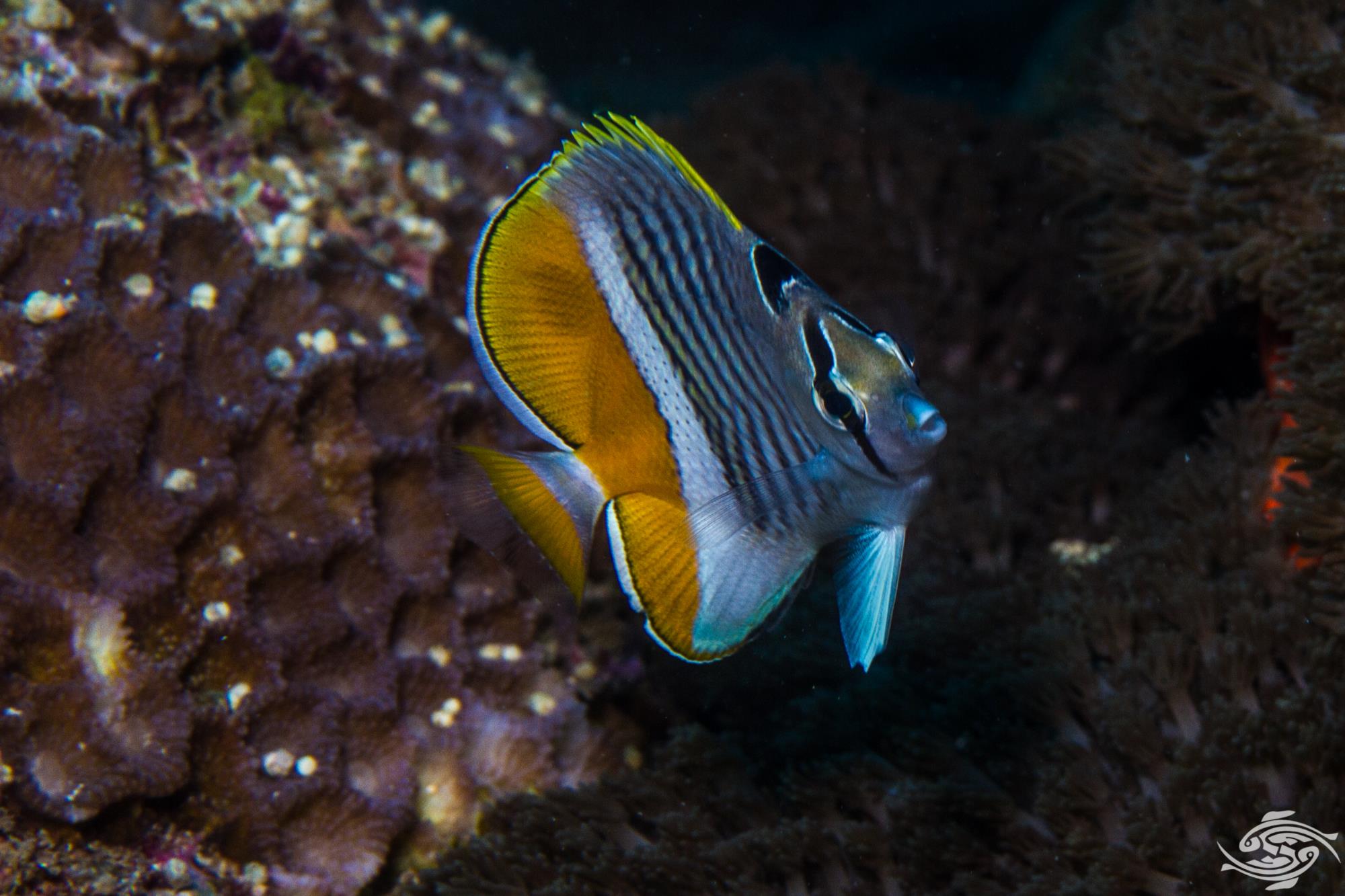 The Seychelles Butterflyfish, Chaetodon madagaskariensis is also known as the Indian Ocean Chevron Butterflyfish, Madagascar Butterflyfish and Pearly Butterflyfish. They are fairly rare on the East African coast but seem more common in certain areas. 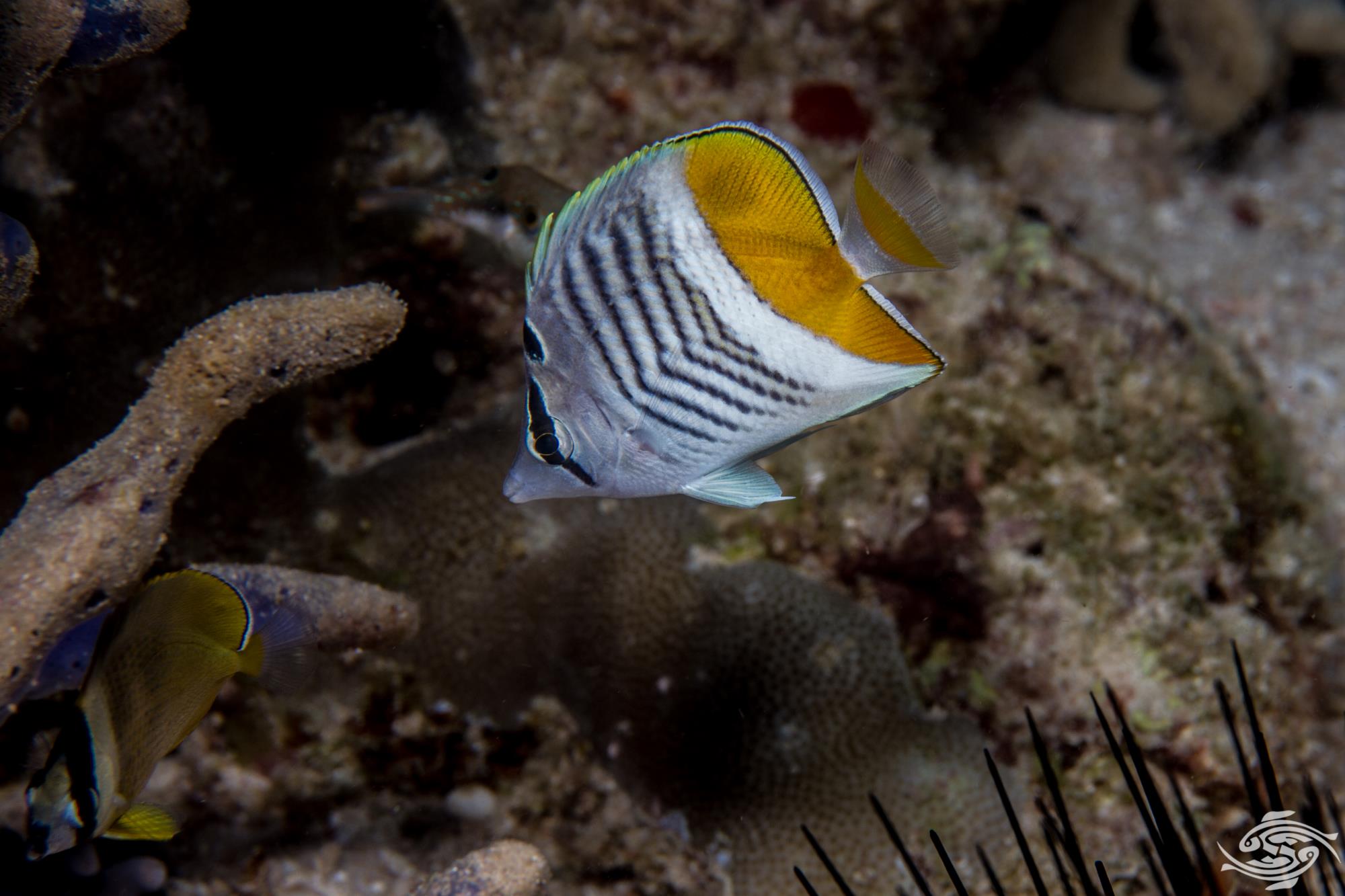 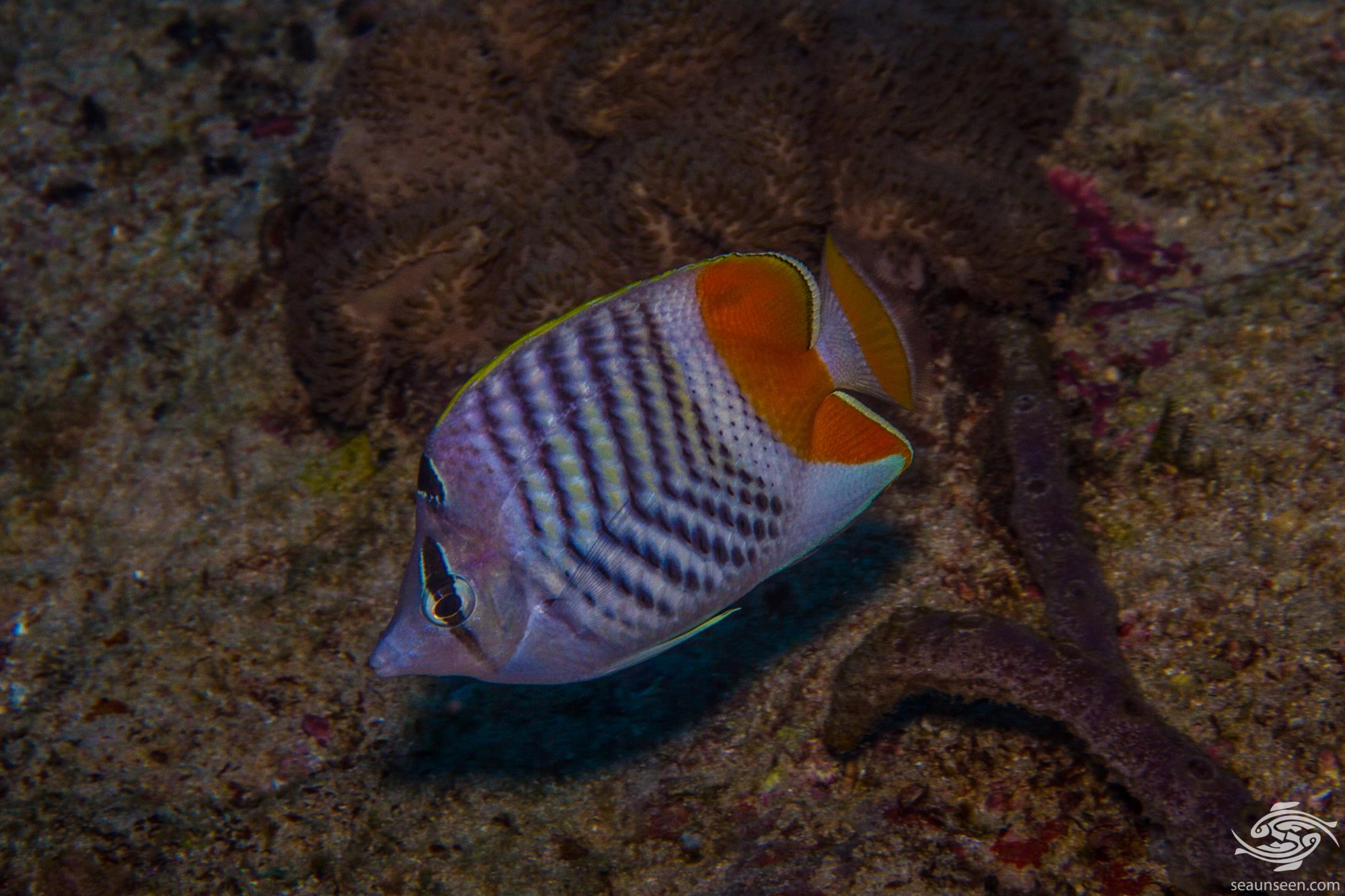 Adult Seychelles Butterflyfish are more often than seen singularly on the coast of mainland Tanzania, they seem to prefer reef tops from 10 to 18 meters with a large amount of coral growth on them. They are shy fish and are hard to approach closely. When they sight a diver they usually move off. 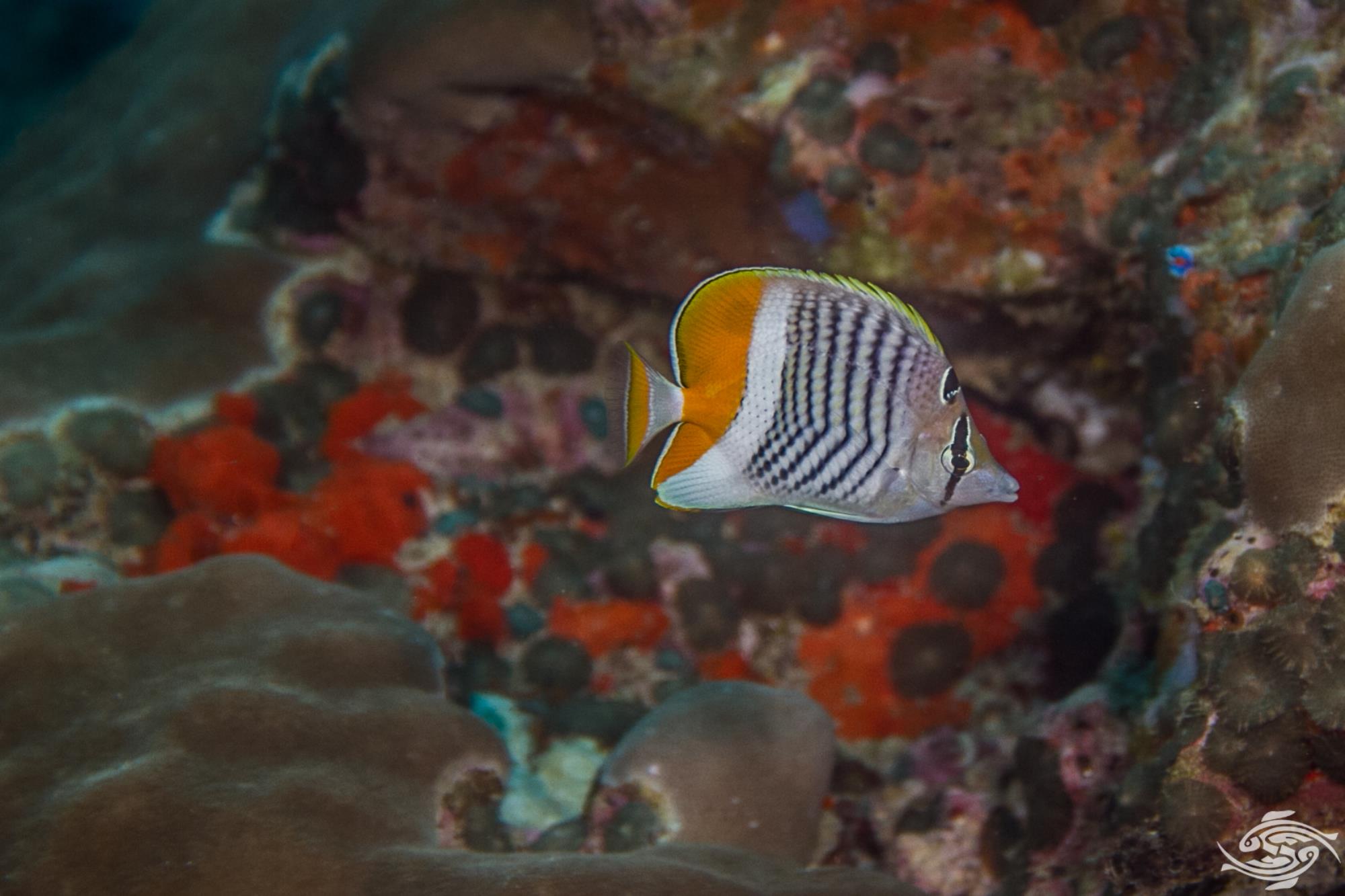 The Seychelles Butterflyfish are found across the Indian Ocean from the African coast including Madagascar across to the Christmas Islands including all the islands in-between. They are found from depths of 10 meters down to 70 meters. 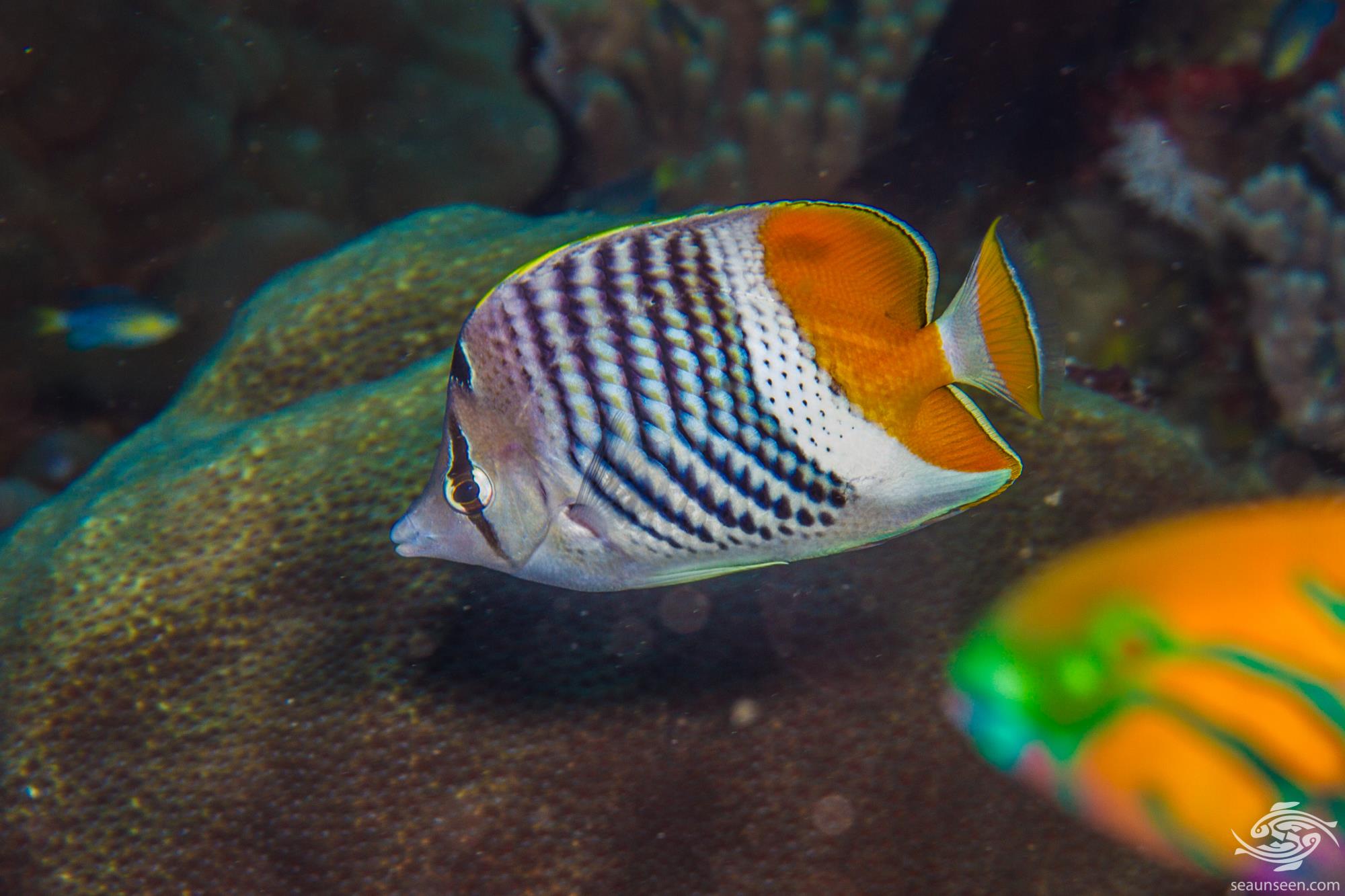 Seychelles Butterflyfish are omnivores and feed mainly on small benthic organisms and algae. They browse the reef sides and tops. 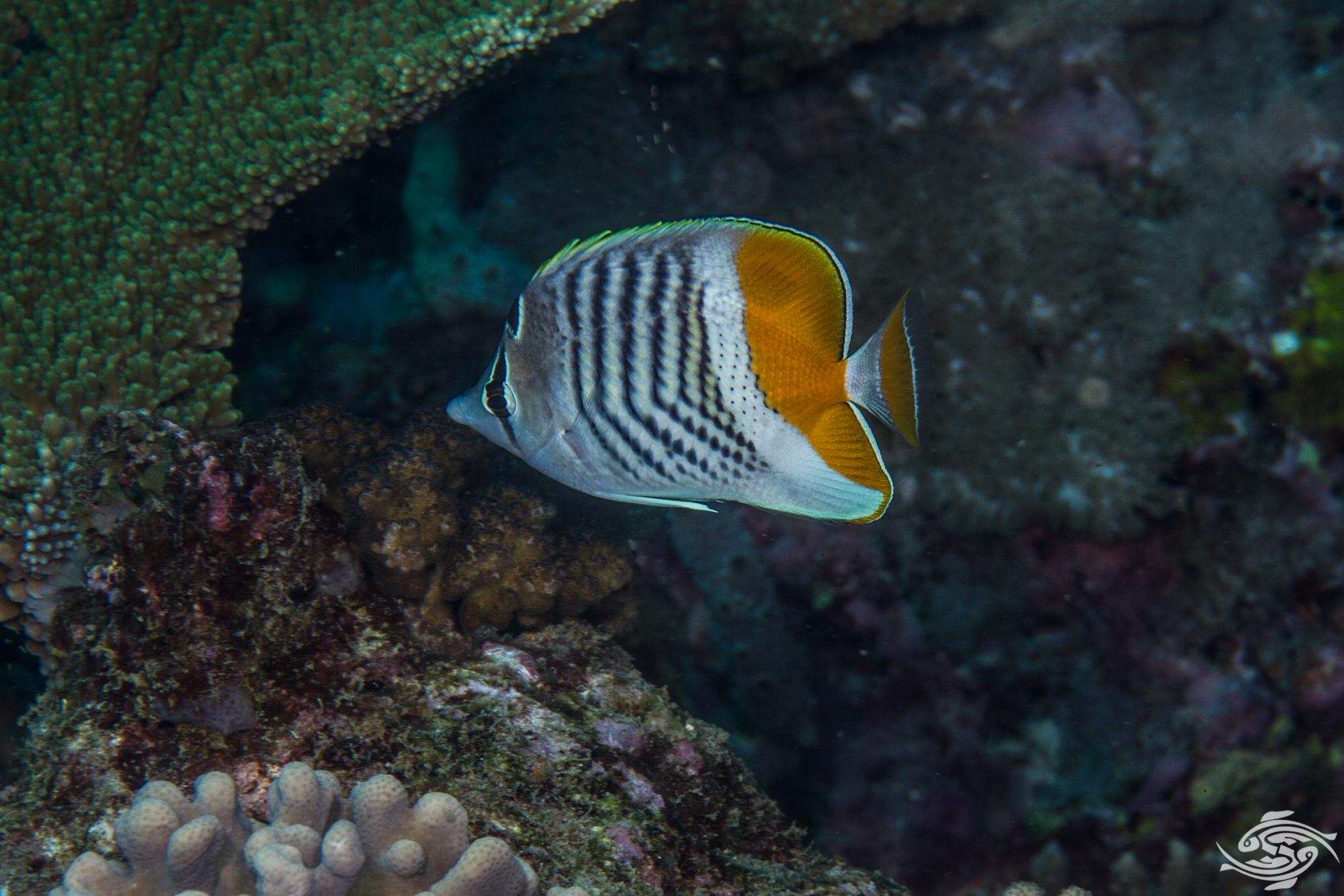 Seychelles butterflyfish do not seem to form monogamous pairs as many other species of Butterflyfish do and only seem to form pairs when breeding is taking place. The female swells with eggs and spawning takes place by scattering into the water table with the male fertilizing the eggs.
Spawning is thought to take place in relation to the lunar cycles but this is not certain. The eggs are spherical and buoyant and it is thought they hatch in 28 to 30 hours. Once the eggs hatch a bony plate forms over the head area and the larvae called tholichthys, are pelagic for quite some time. They slowly develop into juveniles. This phase makes it extremely difficult to breed them in aquariums.

They are not reef safe and will nip on soft and hard corals.  If they are being kept with other butterflyfish they should ideally be introduced to a tank simultaneously. They will readily accept most prepared foods. A tank should include hiding places and overhangs and should be fairly large as they enjoy swimming in the open. Well developed algal growth in the tank will take the pressure off feeding them initially. 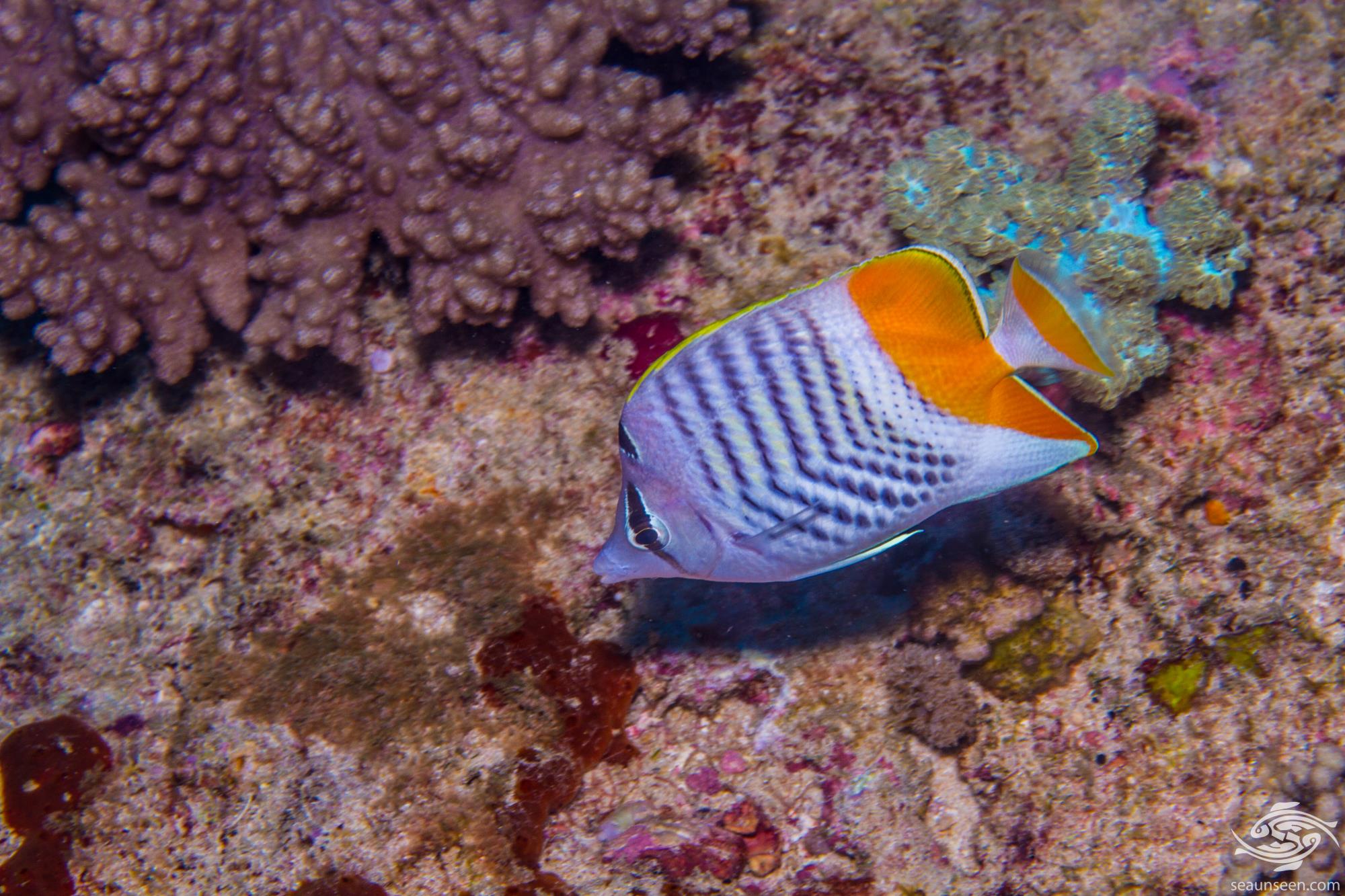