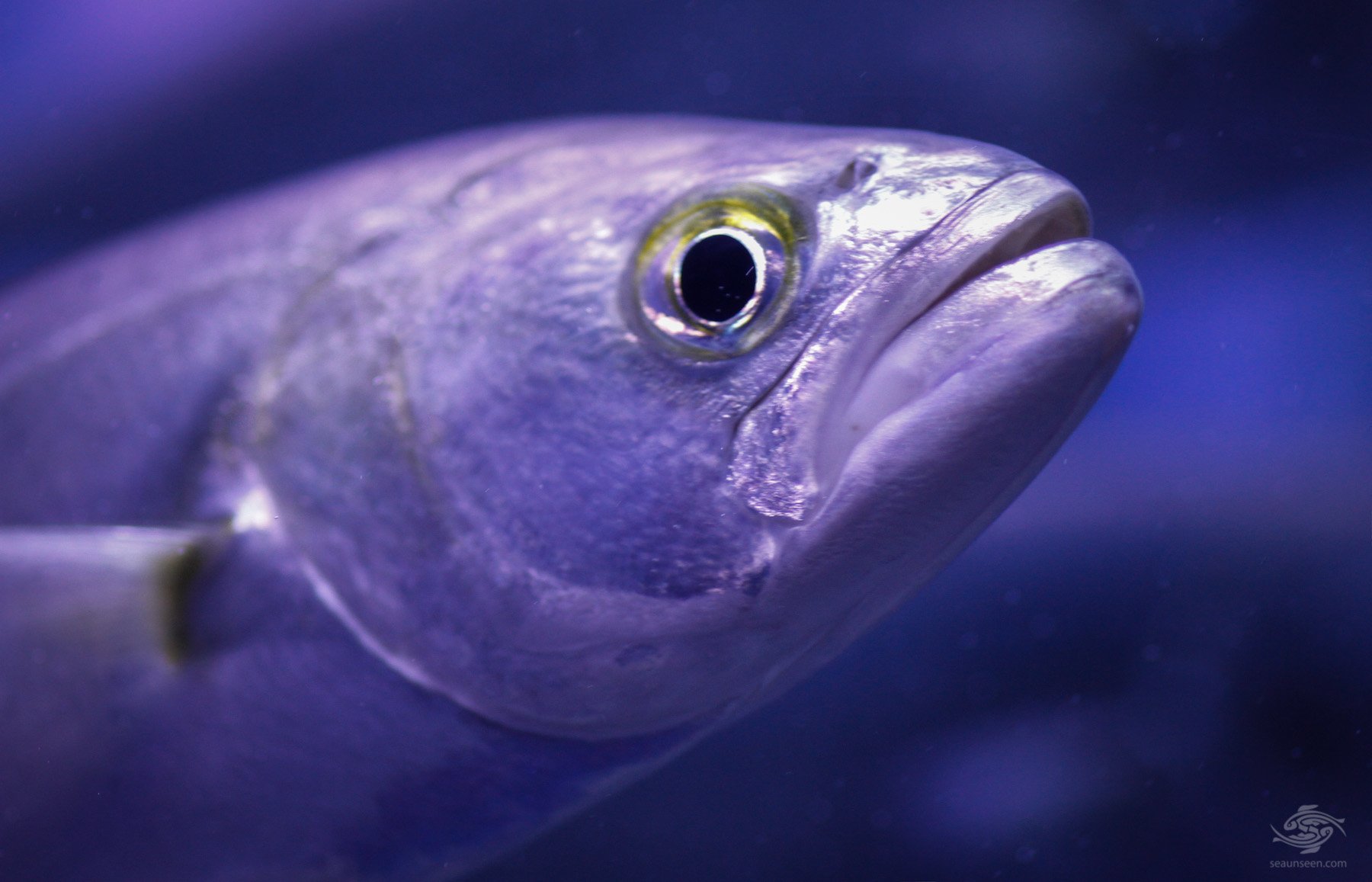 A shad, Pomatomus saltatrix, peers curiously at the photographer, probably with food on its mind in some way or the other. The shad is known as an “elf” in South Africa, “tailor” in Australia and “bluefish” in the USA. These fish are voracious eaters and when congregating in large shoals in Kwa Zulu Natal in the cooler months, anything in the water that’s moving or shiny is taken. The sight of the water bubbling with hungry fish and anglers hauling them in used to be a common sight in South Africa, in the Eastern Cape and Kwa Zulu Natal.

As a result of overfishing these runs diminished in size. Shads of up to 100 cm used to be common but are not often seen anymore. Thankfully, however, the shad are now protected. Catch limits are in place and the fish is now making a come-back, proof that the system is working.

These fish follow a well researched migratory pattern in South Africa, coming up from the colder eastern Cape waters in April onwards to Kwa Zulu Natal in the winter months. They spawn and shoal in schools of specific sizes, with smaller fish staying away from the larger fish which will undoubtedly eat them.

The females spawn releasing from several hundred to several thousand eggs into the water. The Aghulas current takes them down to the cooler waters of the Cape where the eggs hatch. Juveniles appear to spend most of their time in the southern and eastern Cape before making the journey north to breed.