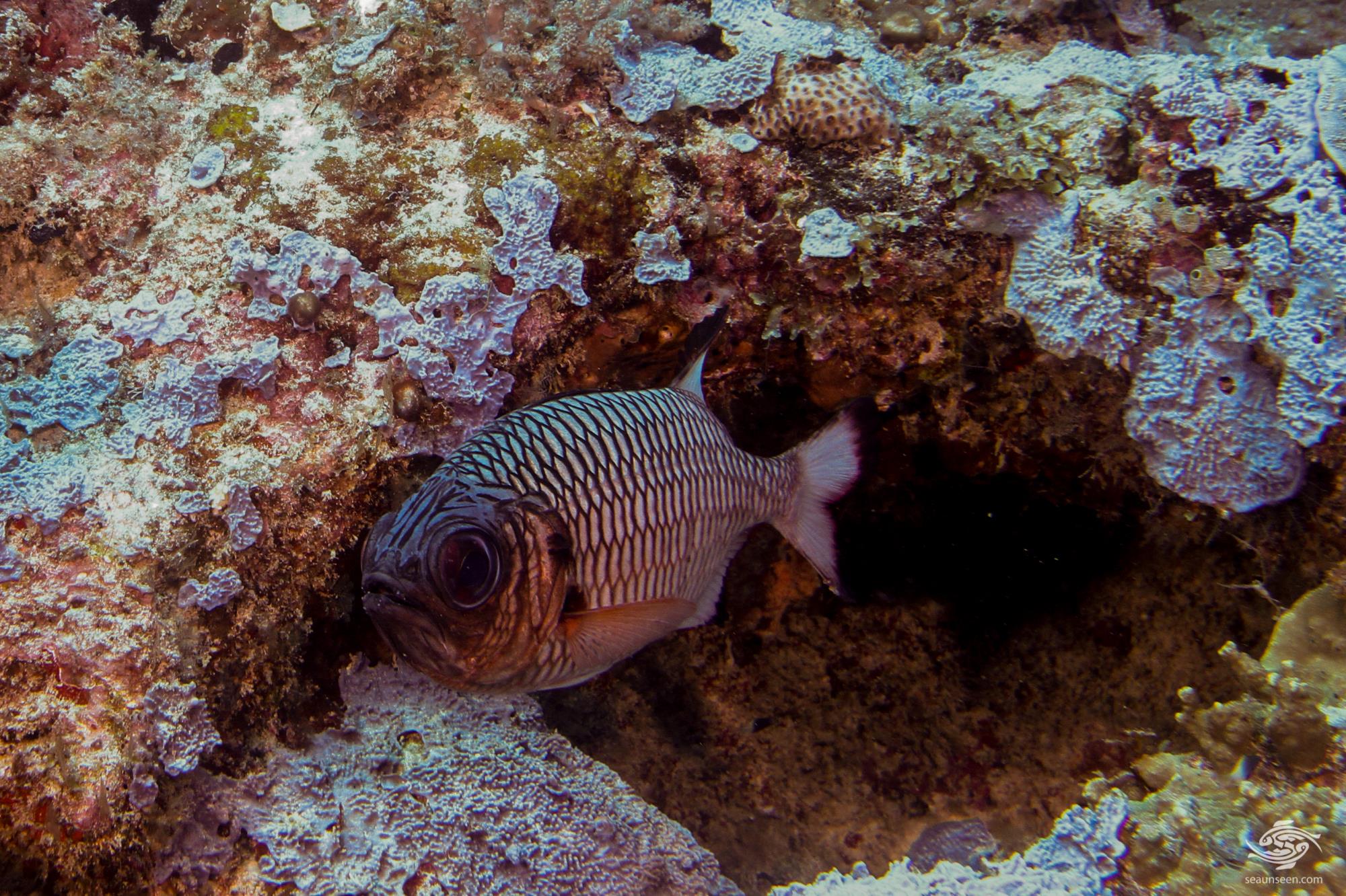 Shadowfin Soldierfish are in the family Holocentridae and sub family Myripristis and are closely related to the squirrelfish in the sub family Holocentrinae. They differ from Squirrelfish in that they do not have sharp spines on the gill cover and it is unclear how they obtain the common name of One-spot Squirrelfish. They are one of the least common Soldierfish on the Tanzanian coast and are not often seen on the mainland coast. They are more common on Mafia Island and Zanzibar. 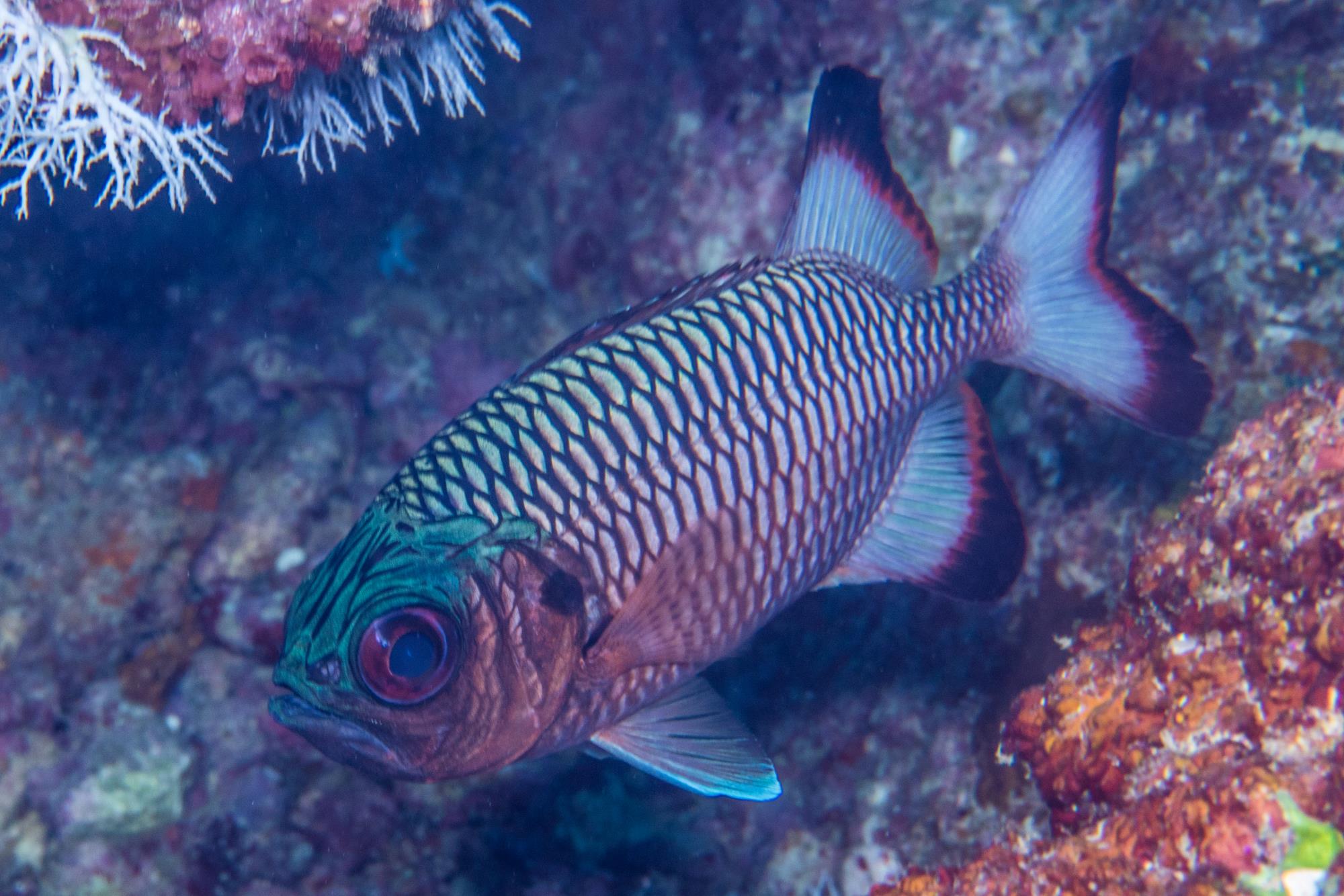 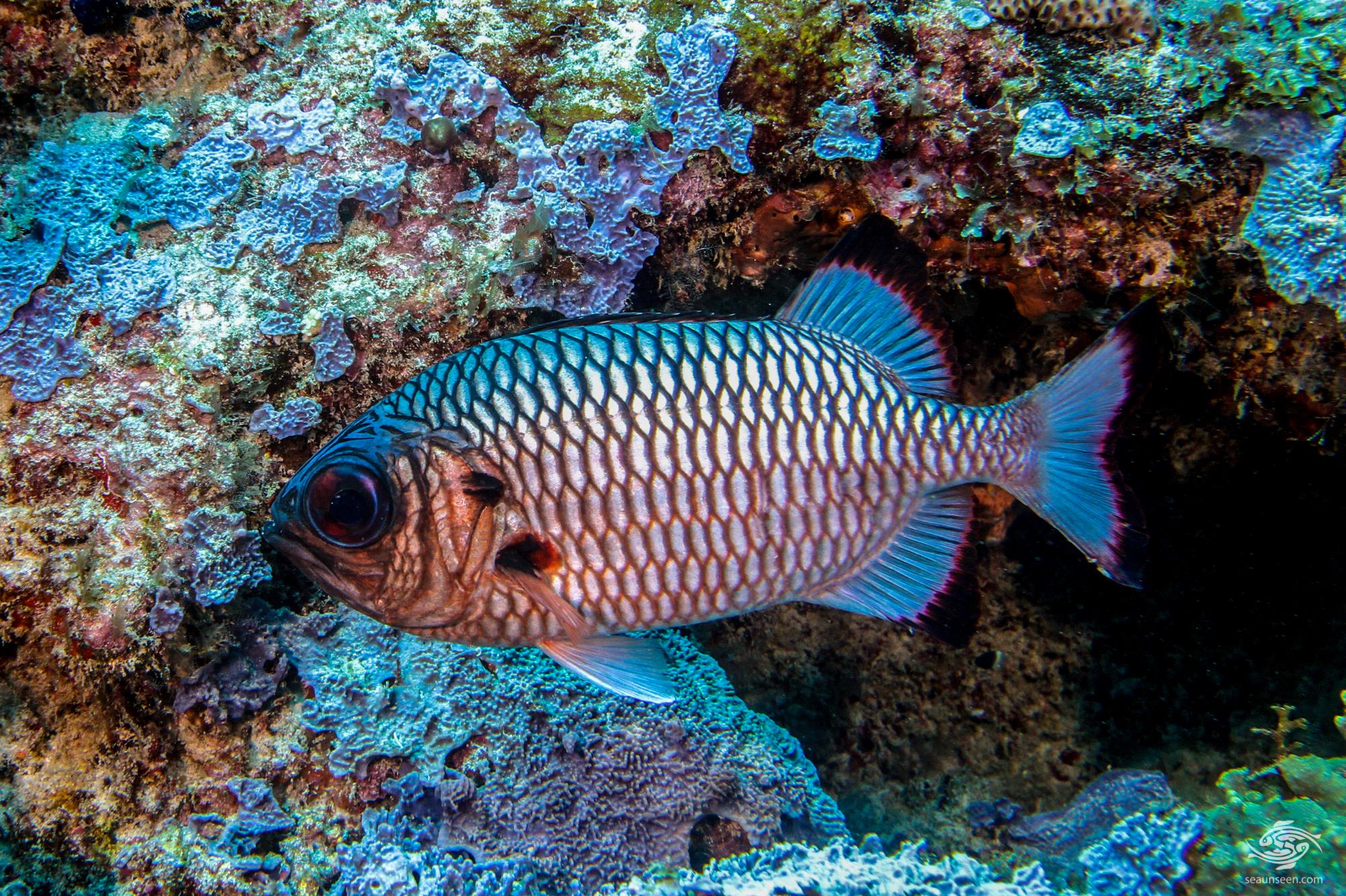 SHADOWFIN SOLDIERFISH IN THE WILD

Shadowfin Soldierfish are usually seen during the day  under ledges and in caves. They are generally shy and will head into the corals if a diver gets too close. They are often found in quite large groups around the branching corals with other species of Soldierfish and Squirrelfish. During the night they are seen solitary. 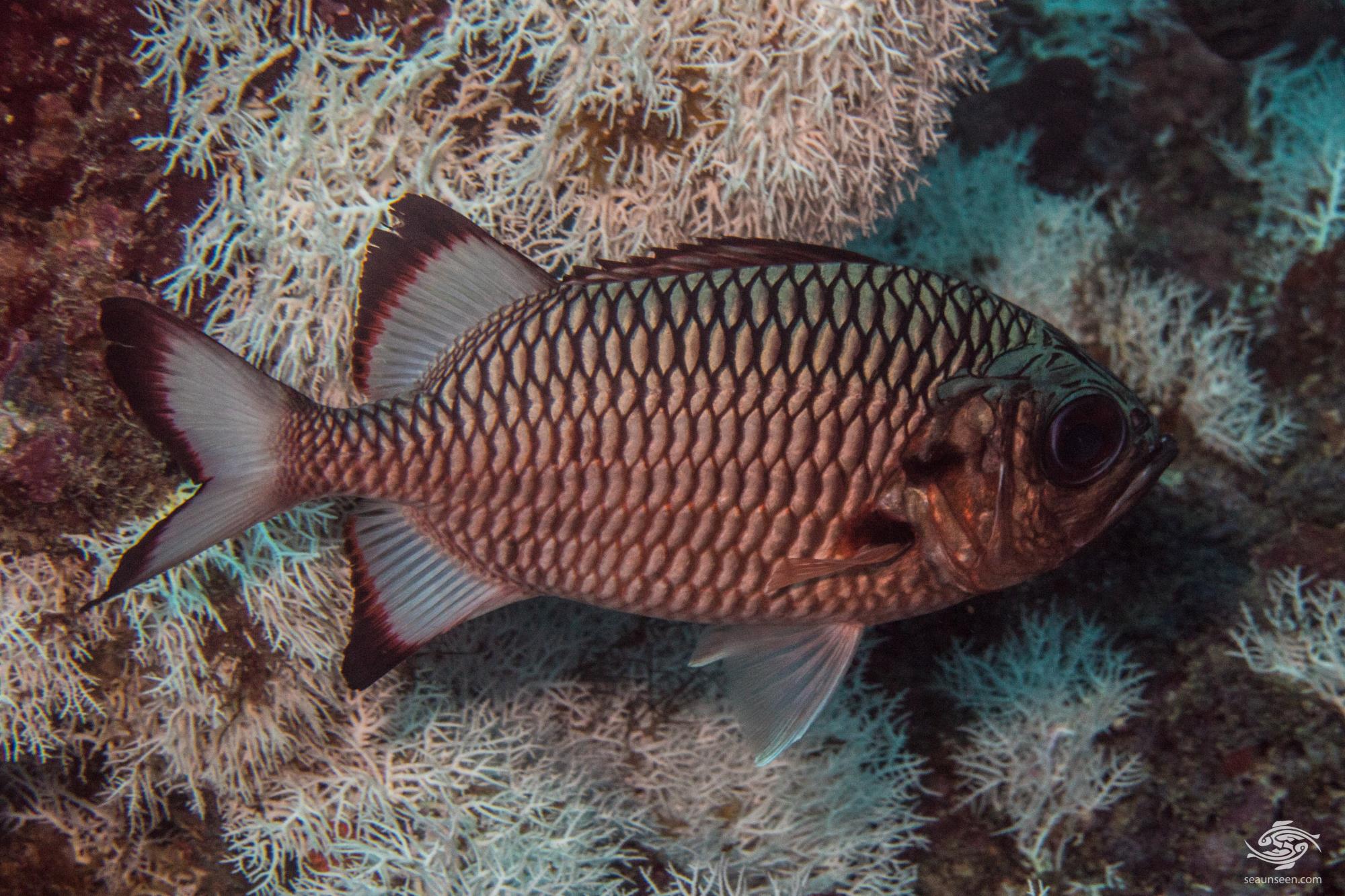 The Shadowfin Soldierfish is found across the Indian ocean and into the west Pacific, excluding the Red Sea and Persian Gulf areas. They are found from depths of 10 to 30 meters usually in deep lagoons and outer reefs.

The Shadowfin Soldierfish are nocturnal feeders. They feed mainly on planktonic crustacean larvae. 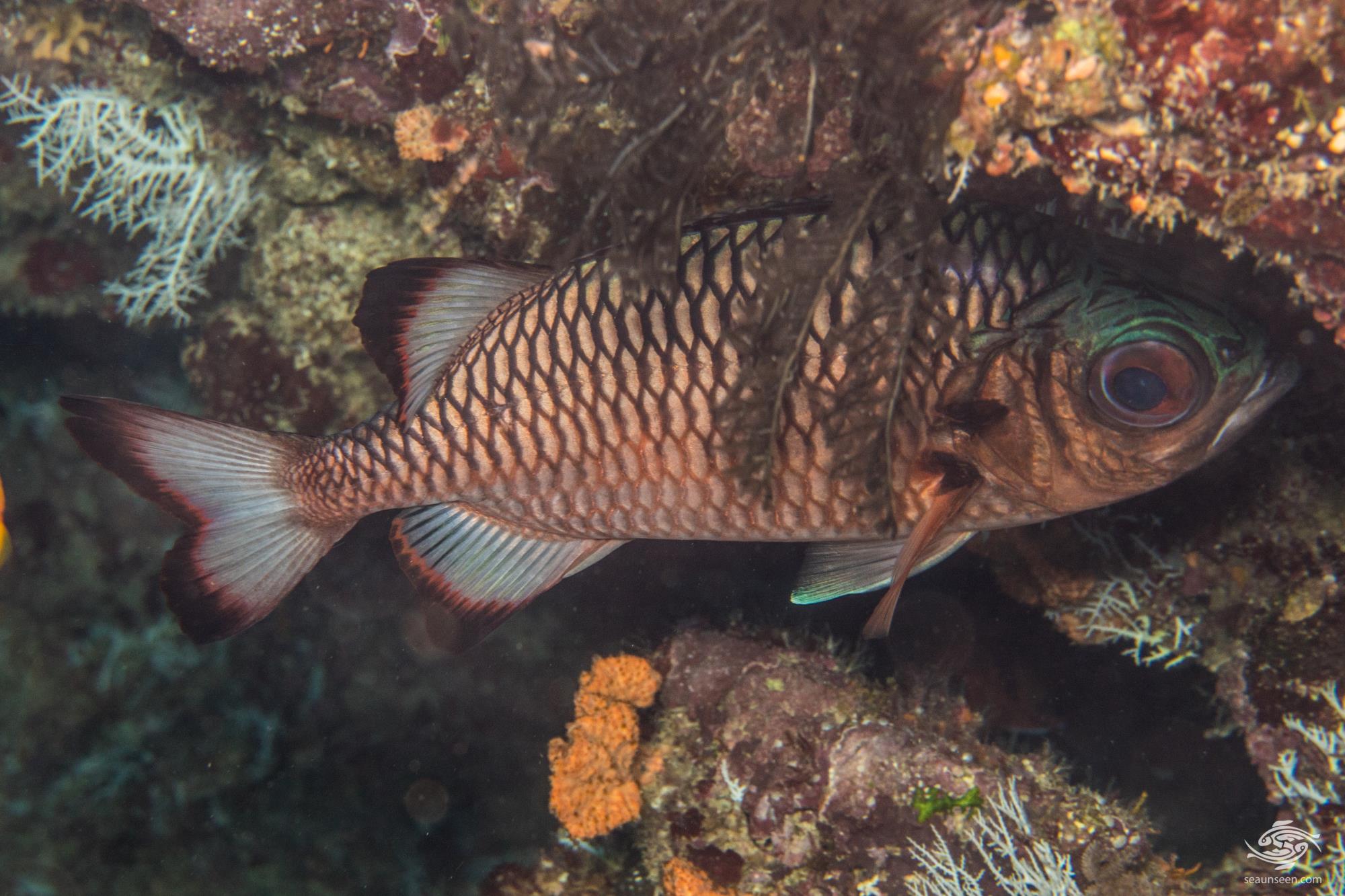 Little is known of their breeding habits of the Shadowfin Soldierfish, but they are thought to spawn into the water table where the larvae mature. 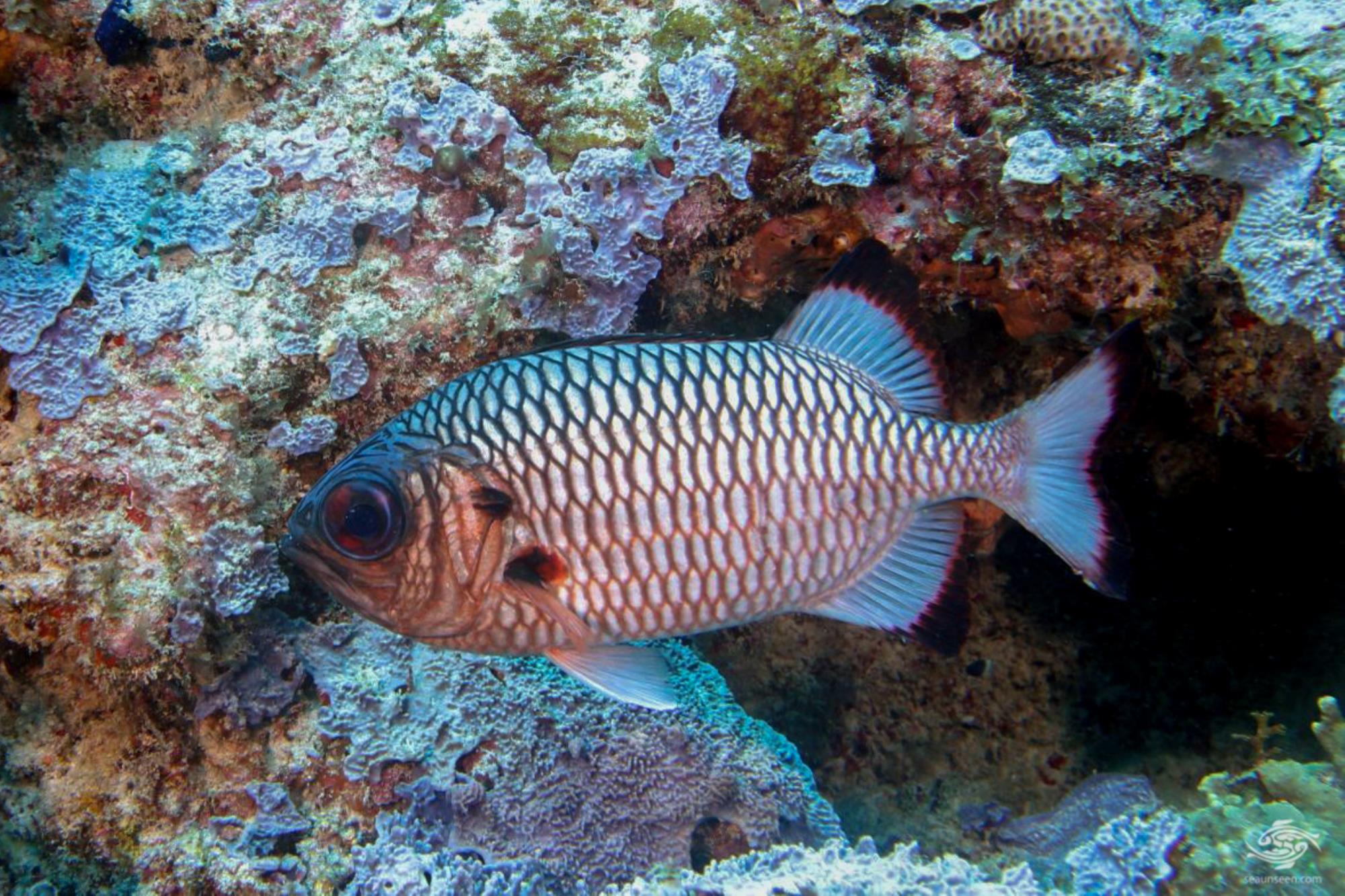 Shadowfin Soldierfish are not exploited commercially but they are sometimes caught by subsistence fishermen and the flesh is white and reportedly very tasty.

Shadowfin Soldierfish grow quite large and unless you have a large aquarium of several hundred gallons, you should not keep them. They require an overhang or cave to hide in. If space is at a premium they may become territorial and bully smaller fish who enter their daytime hiding spot. They are easy to feed and care for.