Preparing to Chow Down 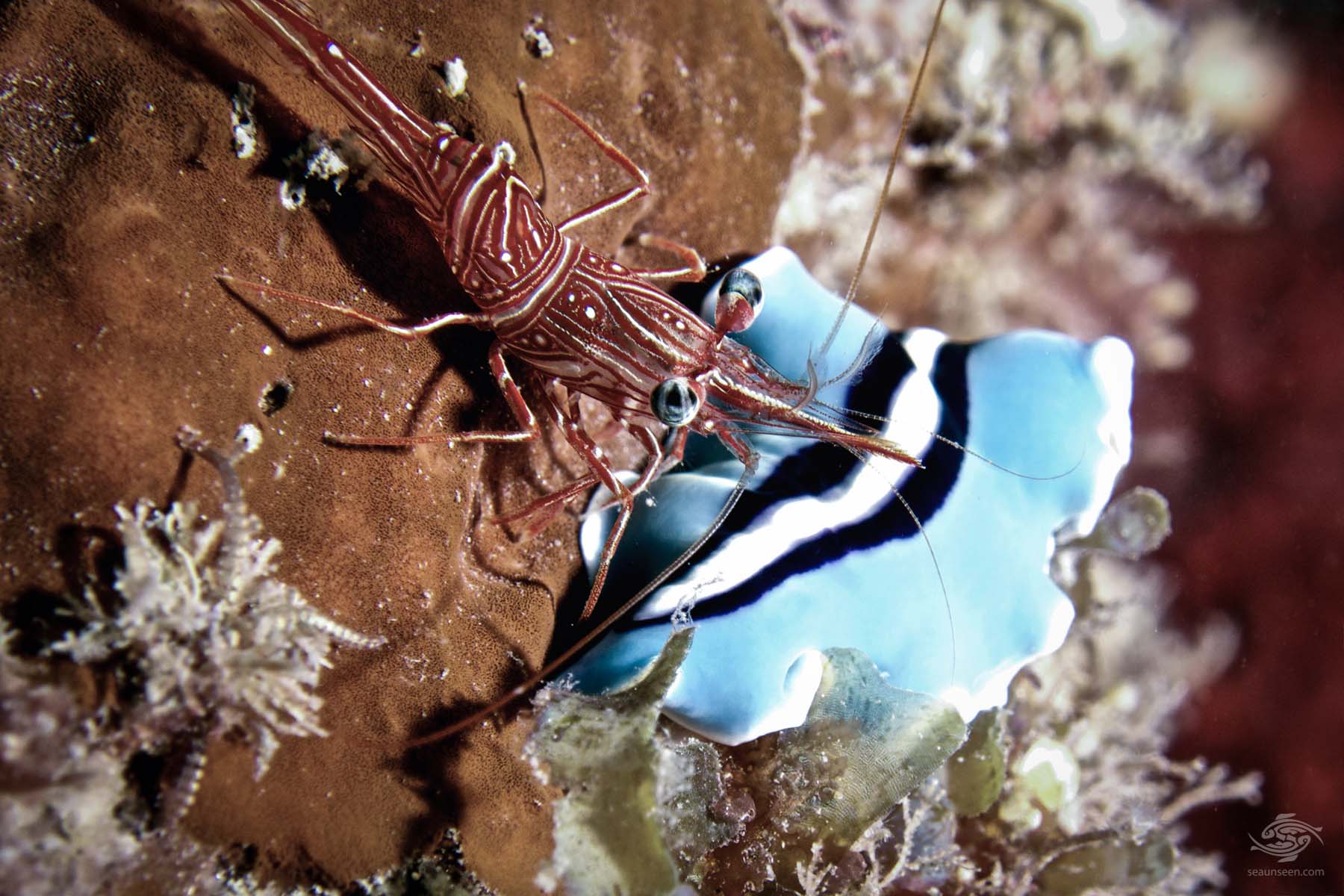 A camel Shrimp Flatworm (Rhynchocinetes durbanensis), also known as a dancing shrimp, prepares to chow down on a flatworm in Dar es Salaam. Shrimp eat whatever they can find on the reef; worms, fish, shellfish, mud shrimp, crabs, etc. They also aren’t adverse to feeding off the dead. In fact, for a shrimp, a dead fish or crab is the ultimate meal. If food is scarce, large shrimp don’t hesitate in going after their own kind. They are one of the few animals in existence that are cannibals, eating their own kind in order to survive.