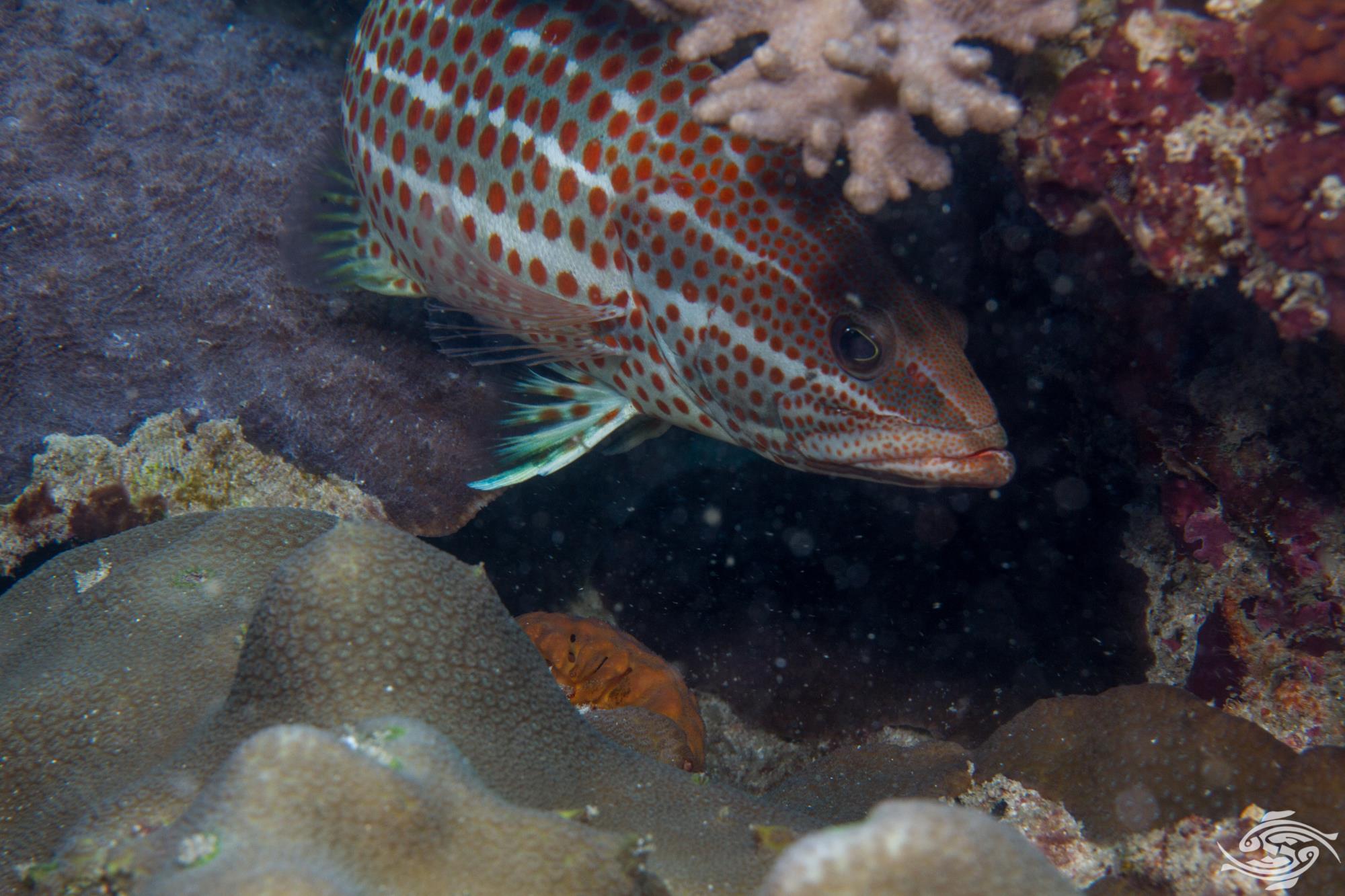 The Slender Grouper Epinephelus leucogrammicusis is also known as the Slender Rockcod, White-lined Grouper and White-lined Rockcod. They are fairly common off the coasts of Tanzania and Kenya.  They are not that common in the Dar es Salaam area which is heavily overfished, although recently with the strict application of the laws relating to fishing, population levels are rising. 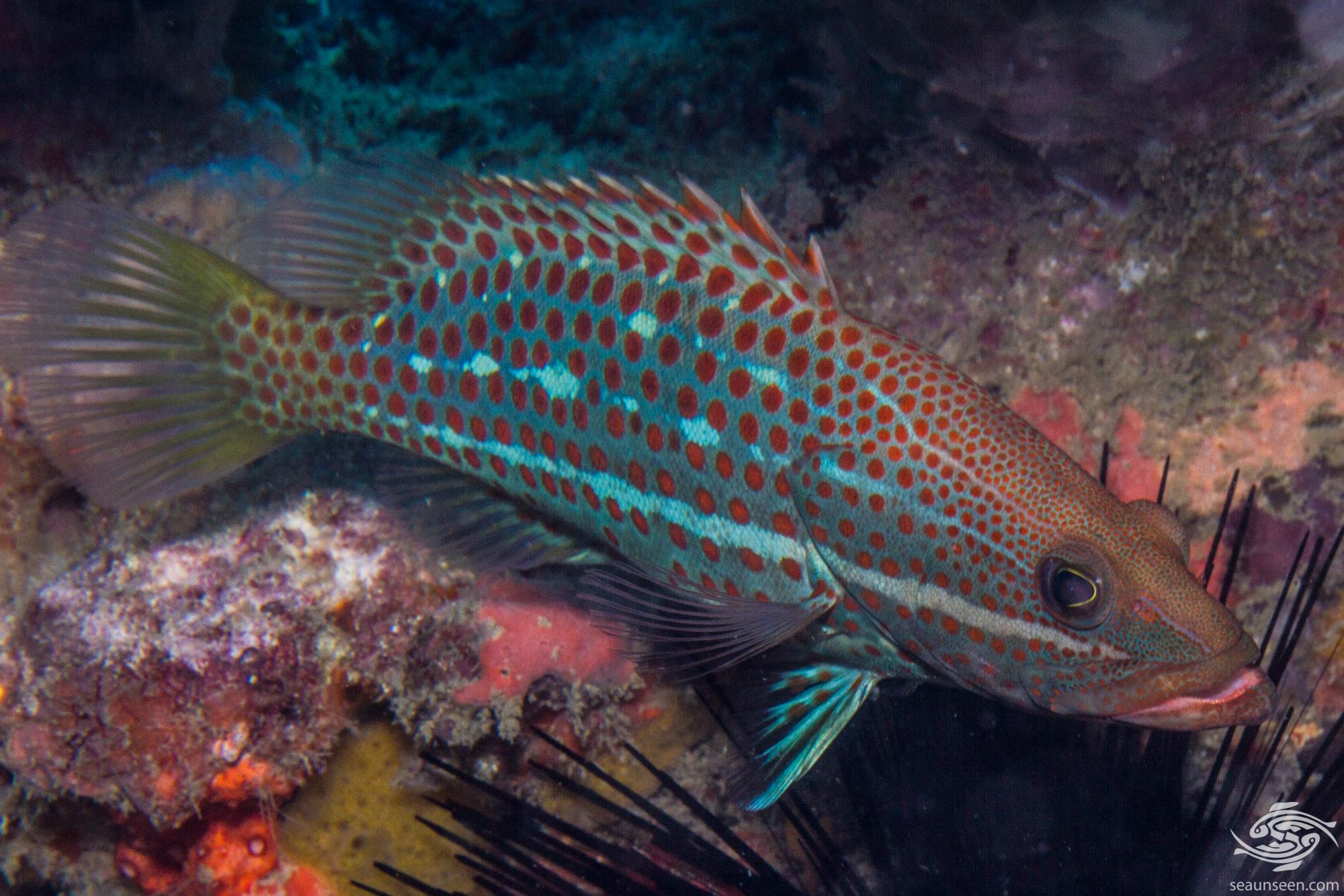 The Slender Grouper has a fairly typical grouper shape, except that as its name implies it is more slender than the normal grouper. It’s typical coloration is a light grey to whitish body with three to four distinct white lines running backwards from the nose. The background color darkens towards the nose. Lines of orange spots run across the body and dorsal fin. The caudal fin is transparent yellow in color. Their maximum size is reportedly 50 cm. 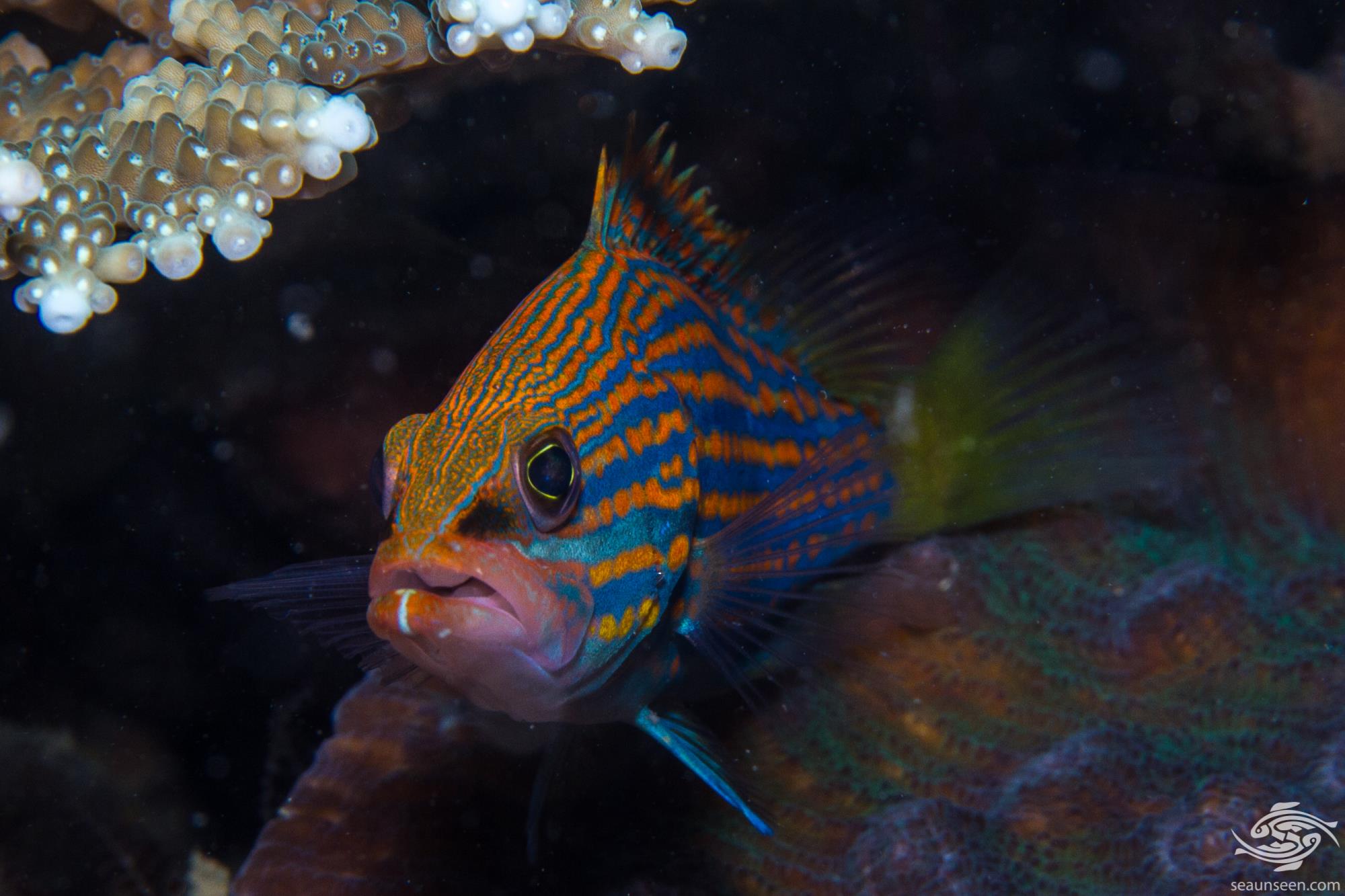 The juvenile pictured above has a blue body with yellow or gold stripes running from the nose along the body. They are attractive looking fish at this stage. As the fish ages so the stripes turn into dots and the background color lightens into grey. 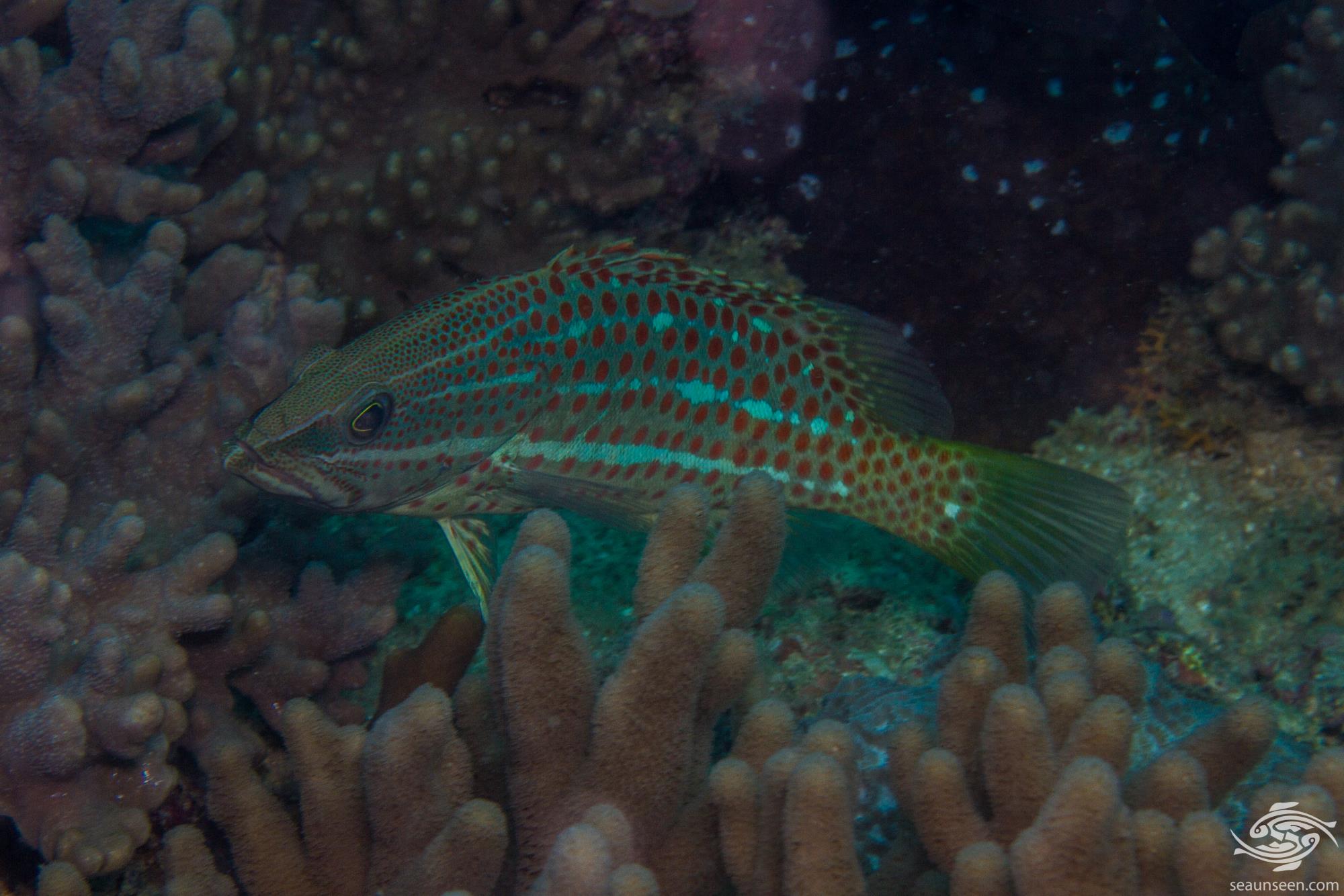 The slender grouper is very shy in the Tanzanian coastal waters and tends to head for cover at the first sign of a diver. They are certainly more reclusive than the other groupers. On the offshore islands of Mafia and Zanzibar they are not as shy. The smaller juveniles are very shy and tend to stick very close to cover. 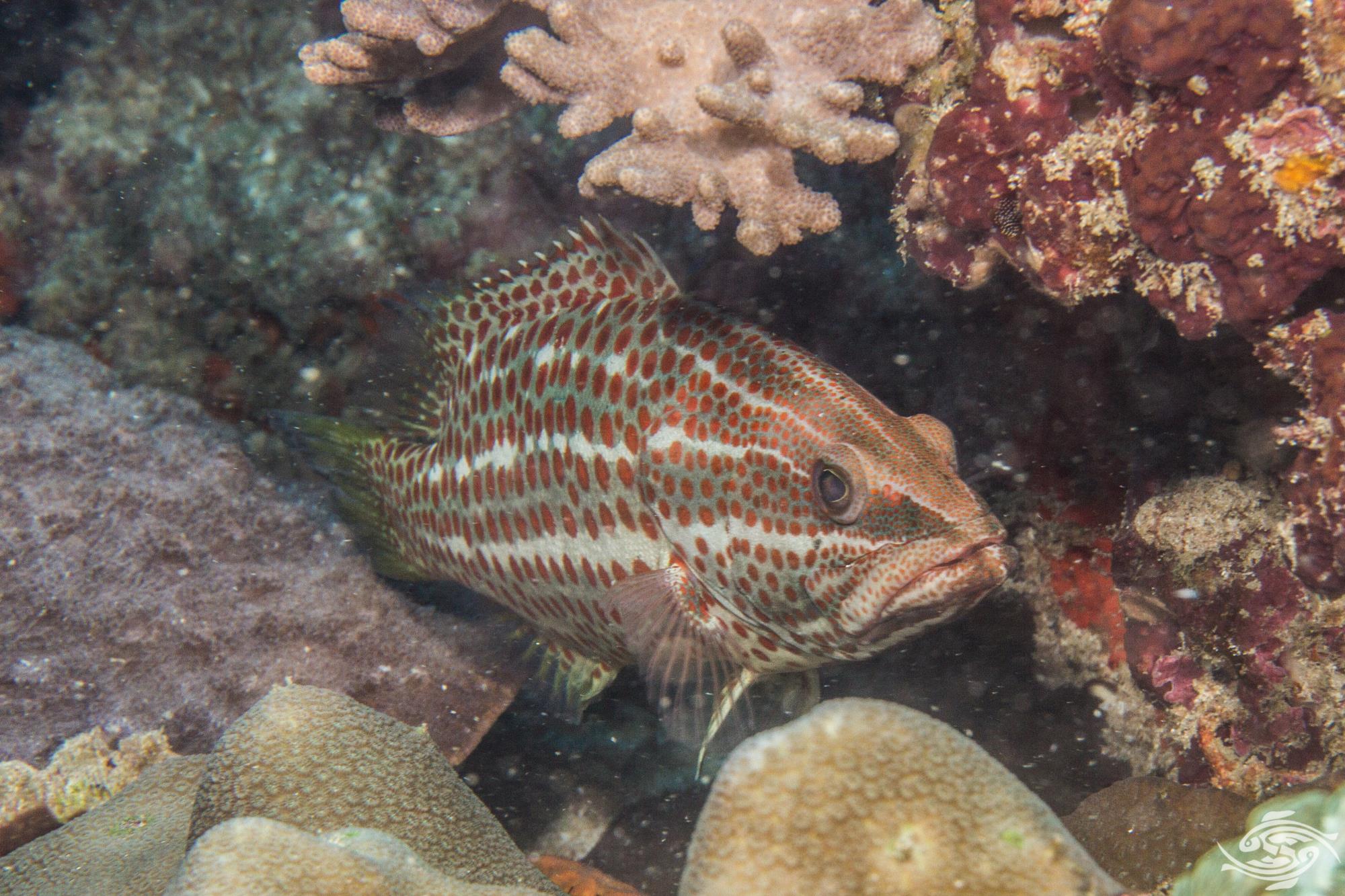 They are found on the central east coast of Africa and mainly on islands of the tropical Indian Ocean and mid Pacific.  They are typically found on shallow reefs but are seen down to 30 meters. 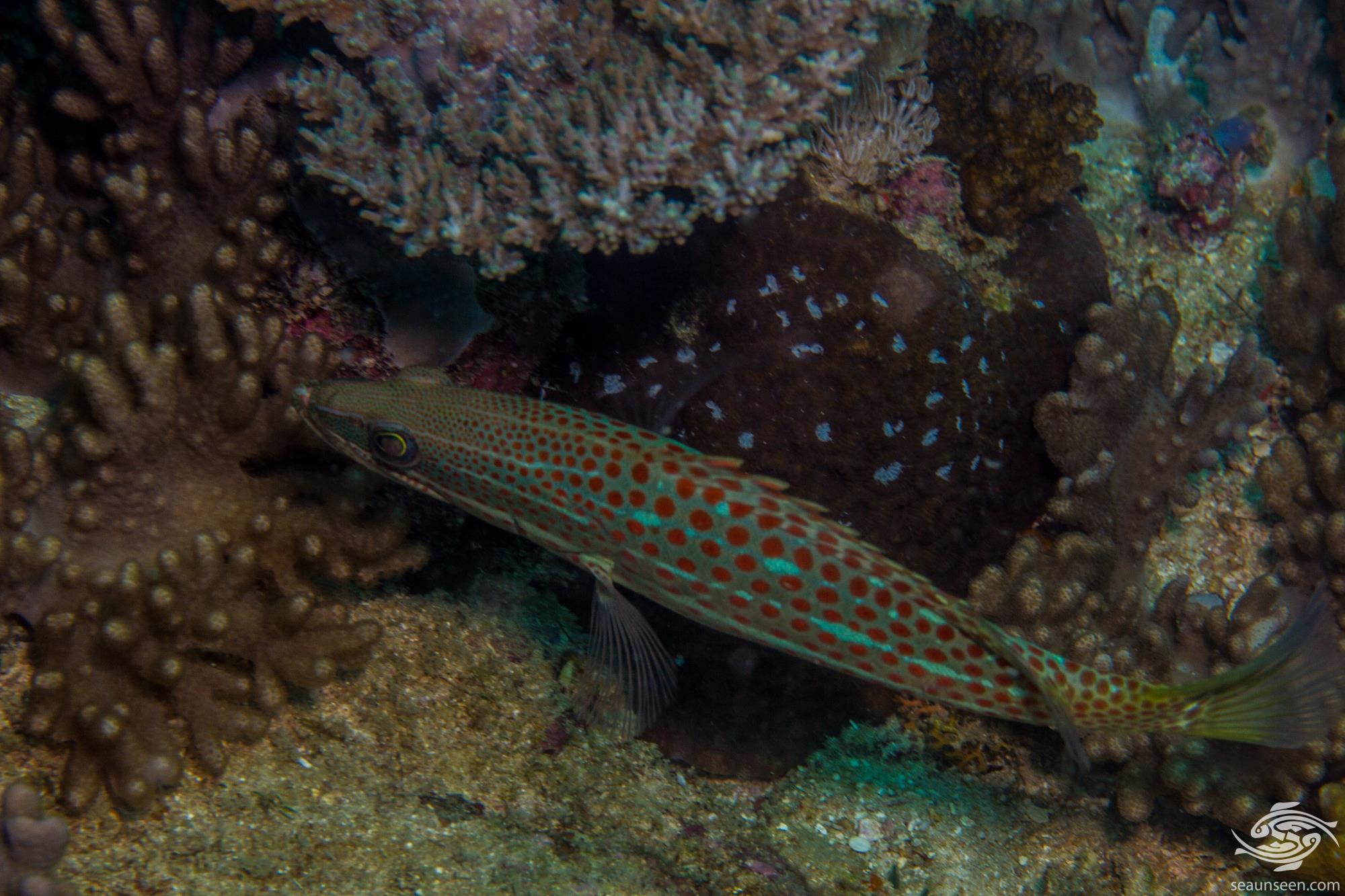 The main diet of the Slender Grouper is small fishes, small cephalopods and crustaceans.  They seem to be ambush predators who vary their diet according to location and availability and as with most groupers pretty much anything moving that can fit into their mouths they will have a go at. 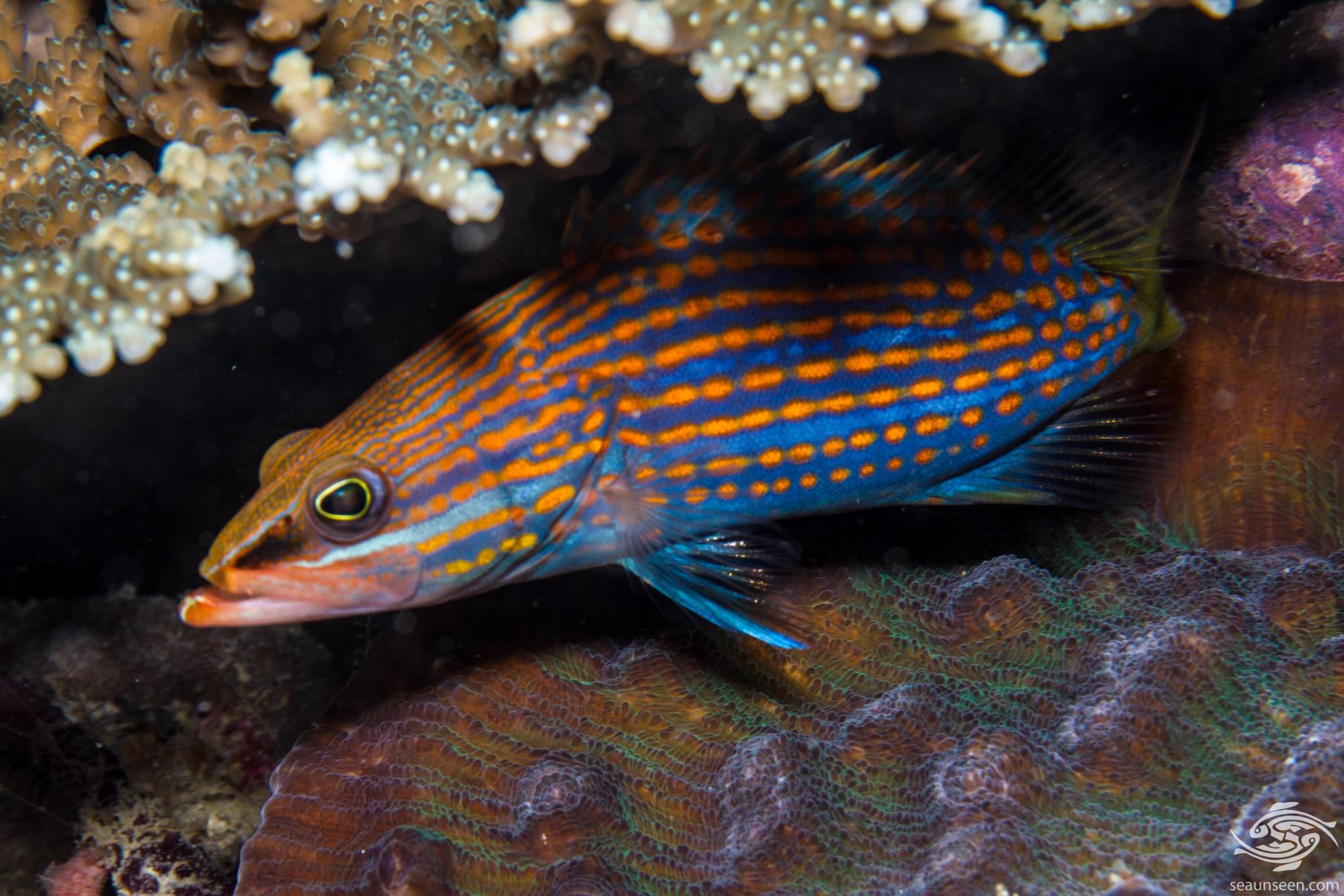 Little seems known about the breeding behavior of these fish, there are conflicting views on how this occurs. 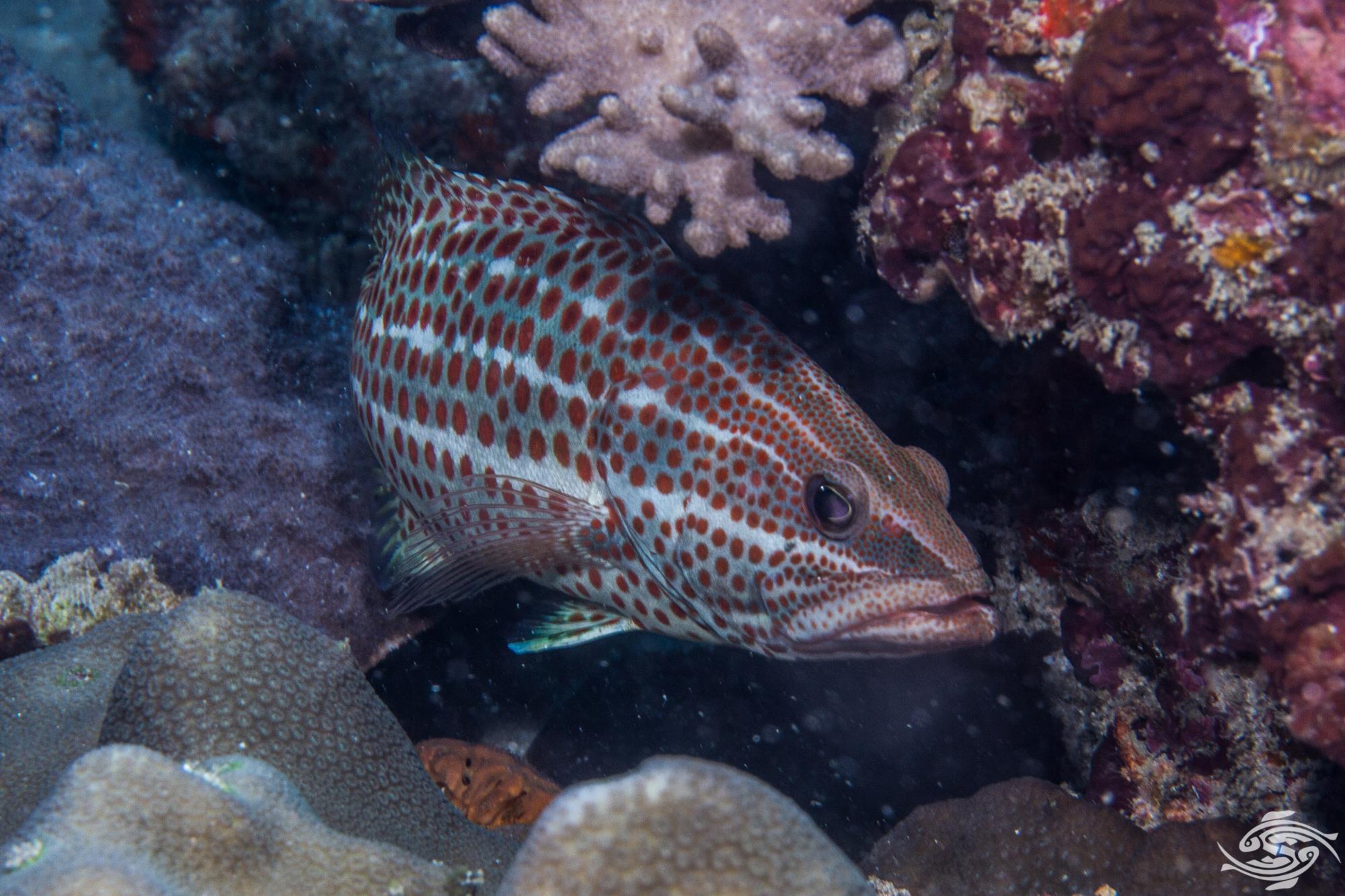 The Slender Grouper is certainly over fished by subsistence fishermen. Most inshore areas of the Tanzanian coast are heavily over fished. They are reportedly very good eating. 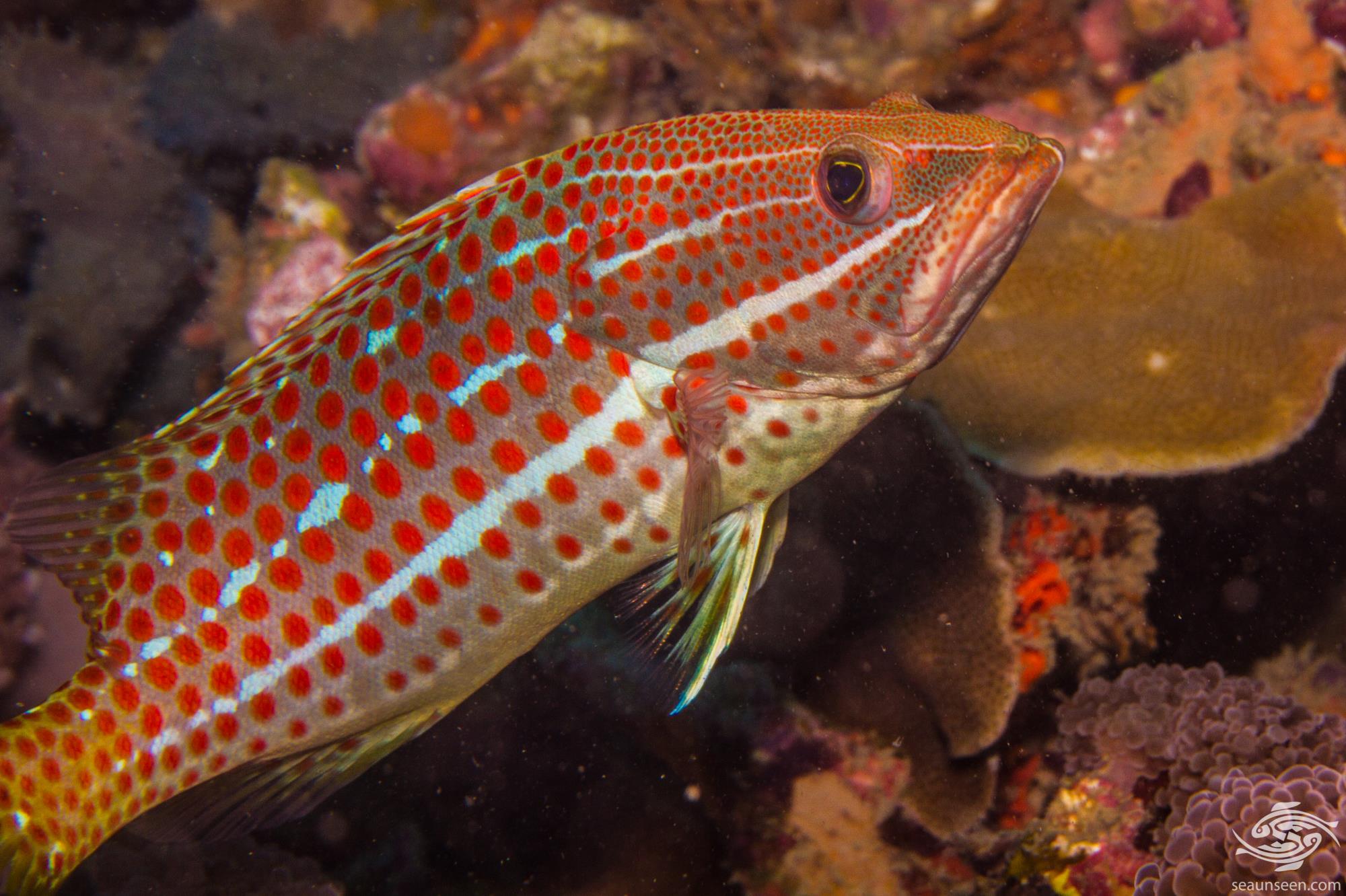