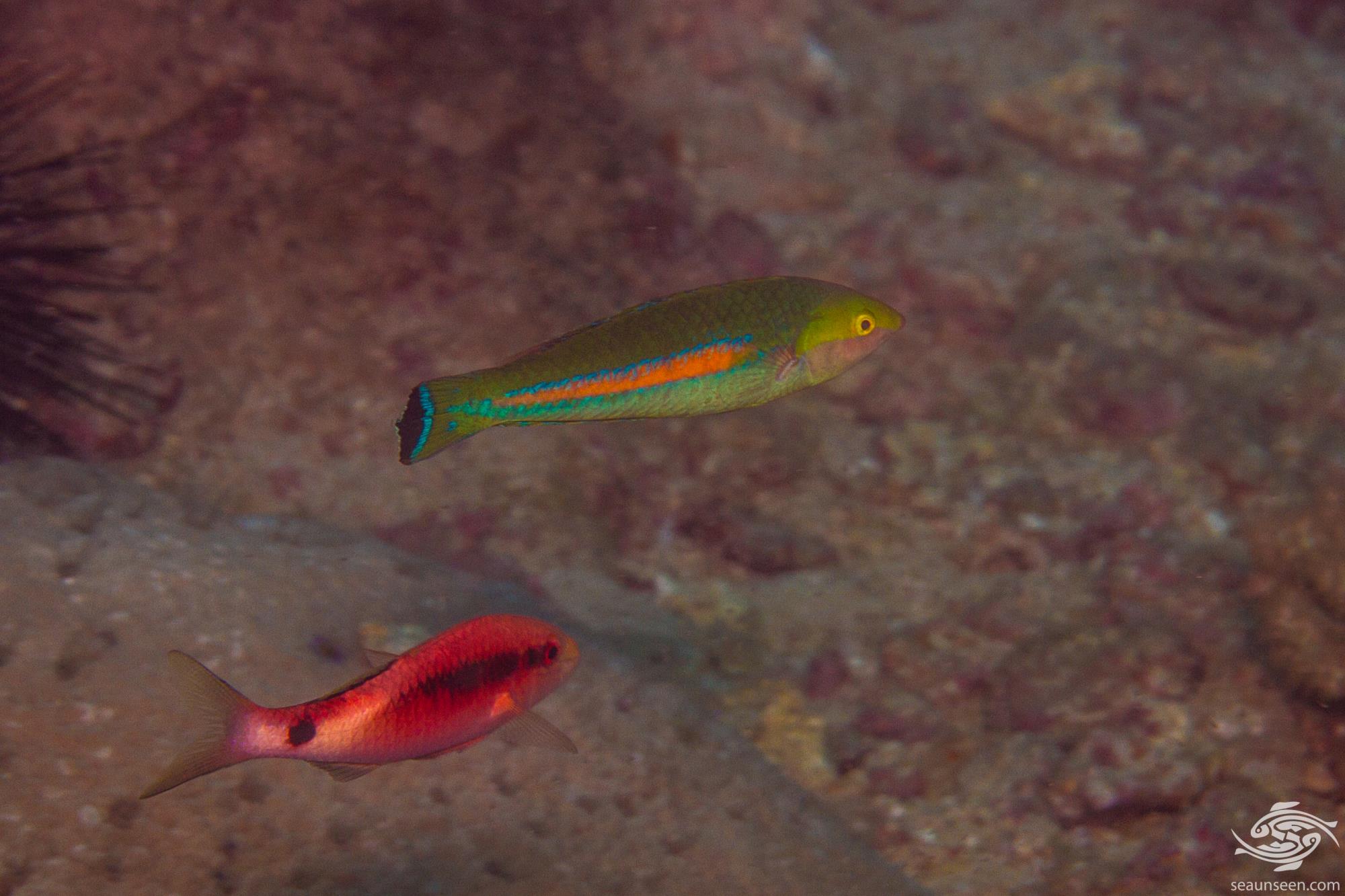 The Smalltail Wrasse (Pseudojuloides polackorum) is also known as the Smalltail Pencil Wrasse. While not a common wrasse on Tanzanian main reefs, neither are they that rare. They tend to favor mixed rubble areas below 20 meters and if one dives in these areas one will see them. They obtain their name from their relatively small tail.

The males are far more colorful and the body is a light green colour, darker on the dorsal area and lightening towards the stomach. The yellow bar over the eye is still present and there are two light blue lines running longitudinally down the body. In the males the area between the two stripes is an orange colour in East Africa.  On the rear of the caudal fin there is a thick black line with a thin light blue line alongside it. They grow up to 12 cm in ength. 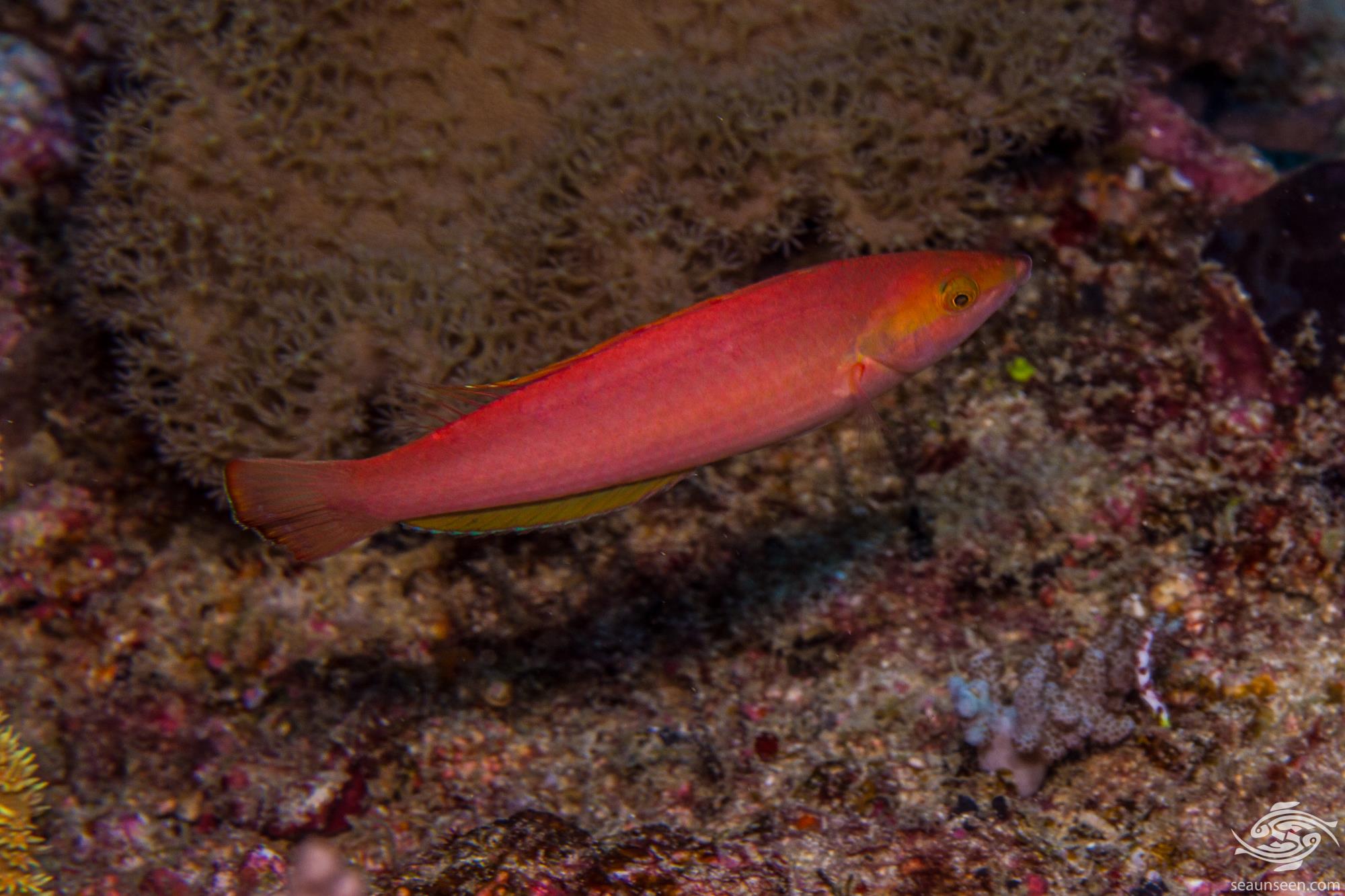 SMALLTAIL WRASSE IN THE WILD

The Smalltail Wrasse are mainly found below 20 meters and seem to prefer mixed rubble sandy areas although they are seen around the fringes of reef. The males are more active than the females and patrol their territory at quite a high speed while feeding intermittently. They will frequently feed along with groups of Goatfish. 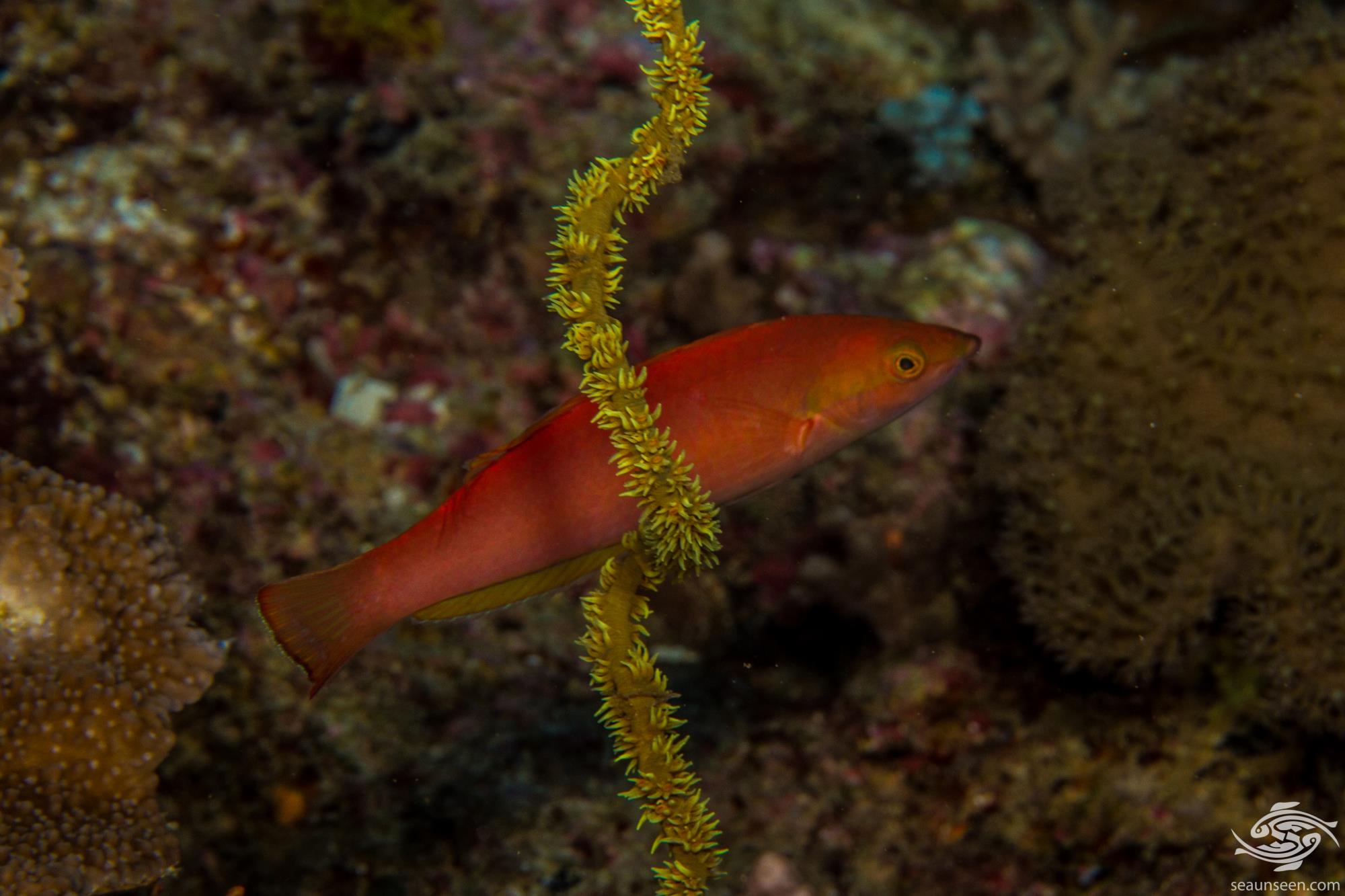 The Smalltail Wrasse feed on small crustaceans which they scrape off corals and rocks. 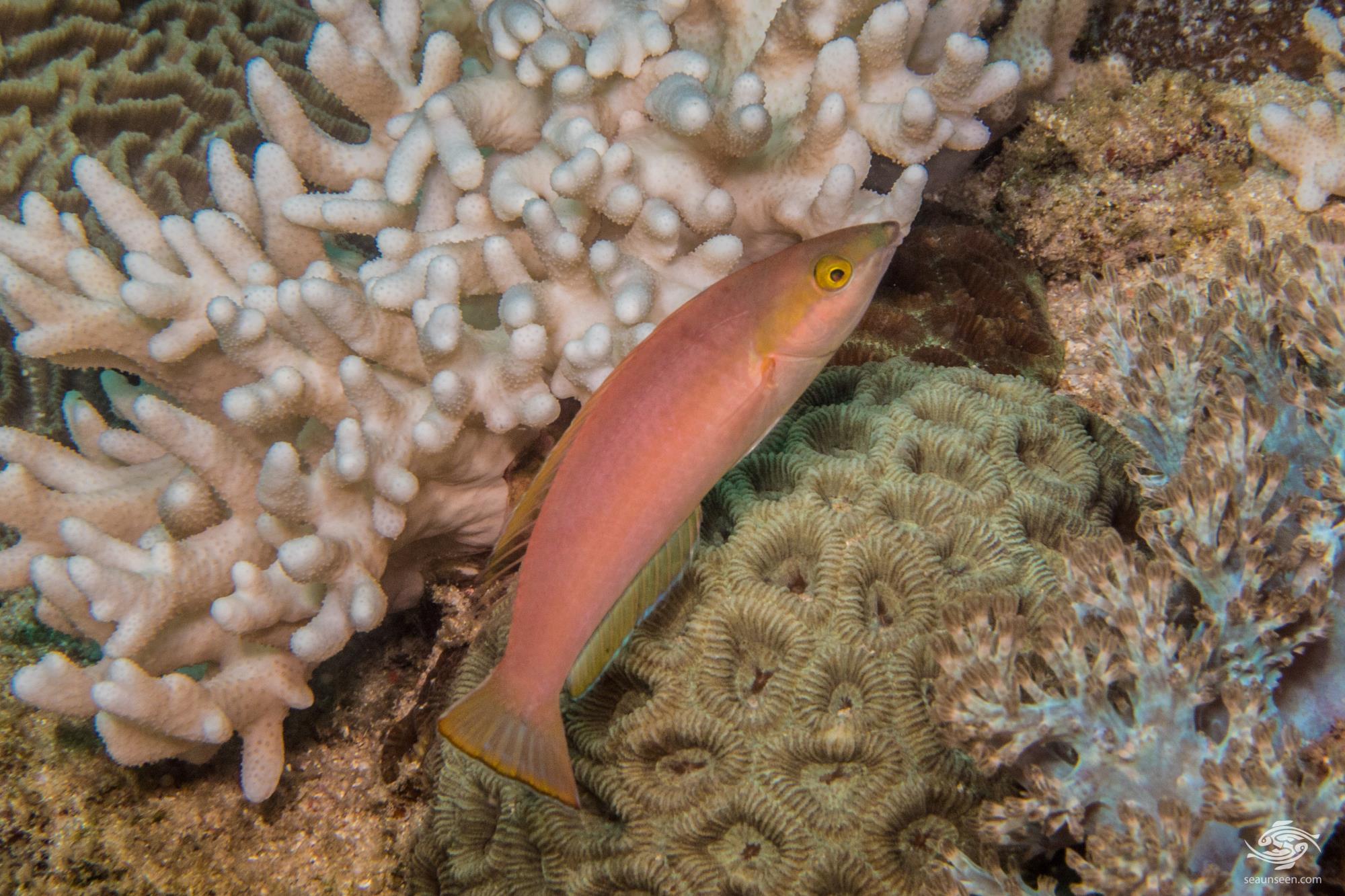 The Smalltail Wrasse is a Protogynous hermaphrodite, they first develop into females. Some specimens based on social cues transform into males. They are Oviparous, with the dominant male running a harem or at times several harems of females. Little is known of their breeding habits but occasionally a dominant male will be seen pursuing a female. We see far more females than males. 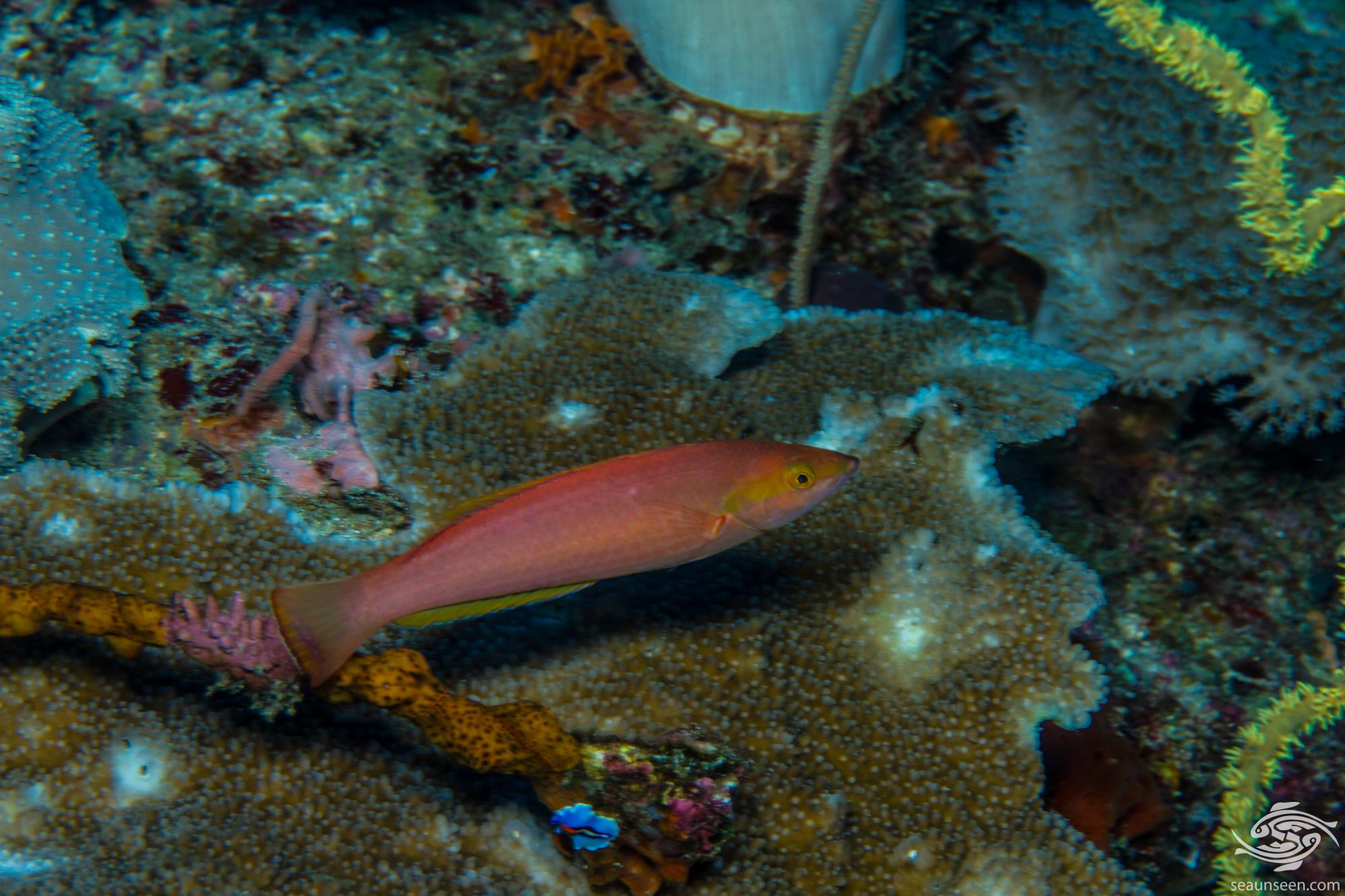 Smalltail Wrasse are not commonly kept in aquariums. They are only recommended for advanced aquarists as they are difficult to feed correctly. They require good hiding places, deep fine sand and plenty of water to swim in. These fish will almost certainly jump out a tank if given the chance.