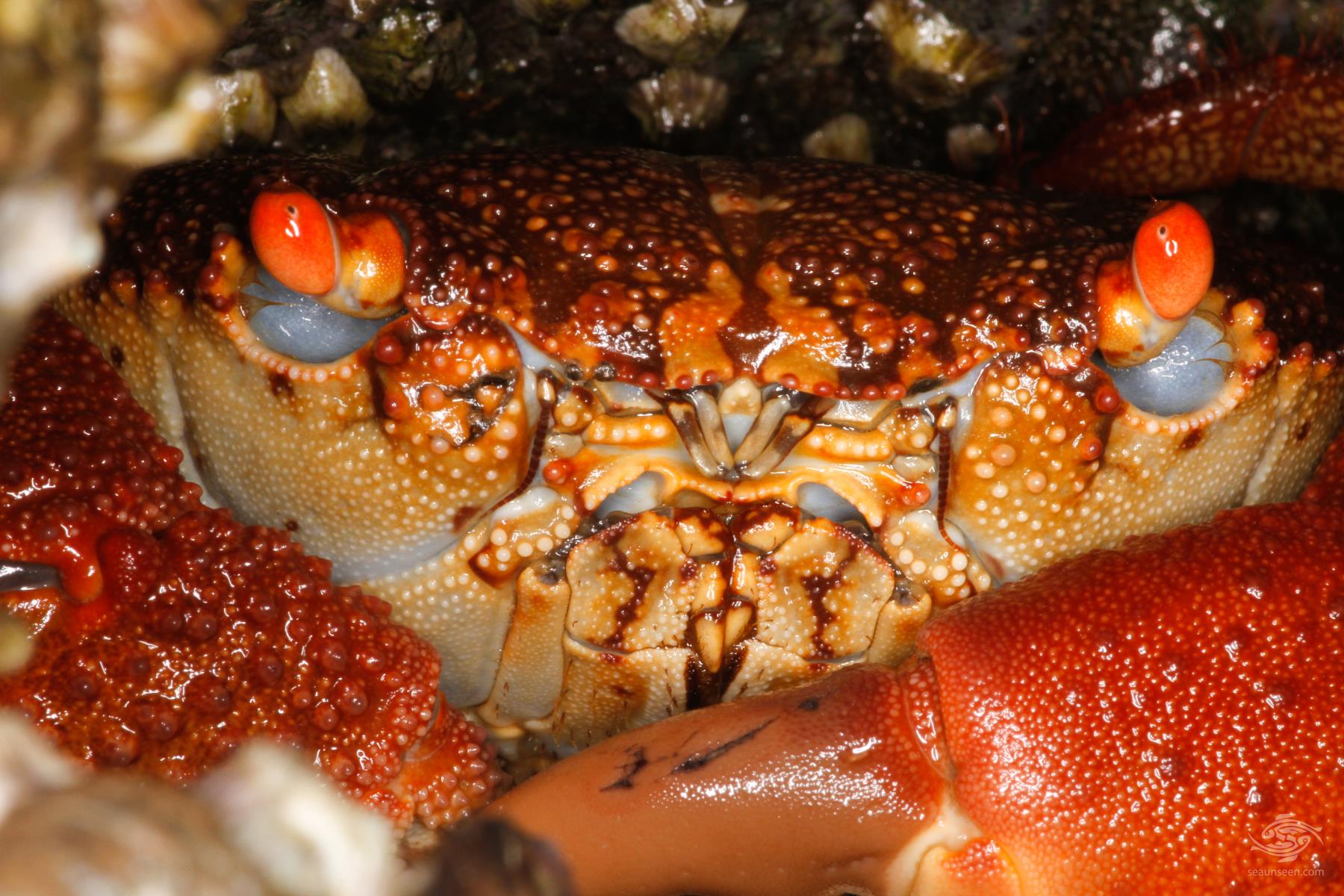 Smith’s xanthid Eriphia smithii is a commonly found crab on the East coast of Africa. Because of their large nippers and red colouration they are easily recognisable.

Smith’s xanthid  grow to a maximum carapace width of  of 6 centimeters and have proportionately large nippers. One claw is generally larger than the other and has rounded tubercles on it. The smaller claw has a series of sharp projections on it. The color is reddish orange with a purple- brown carapace. The eyes are an orange color. 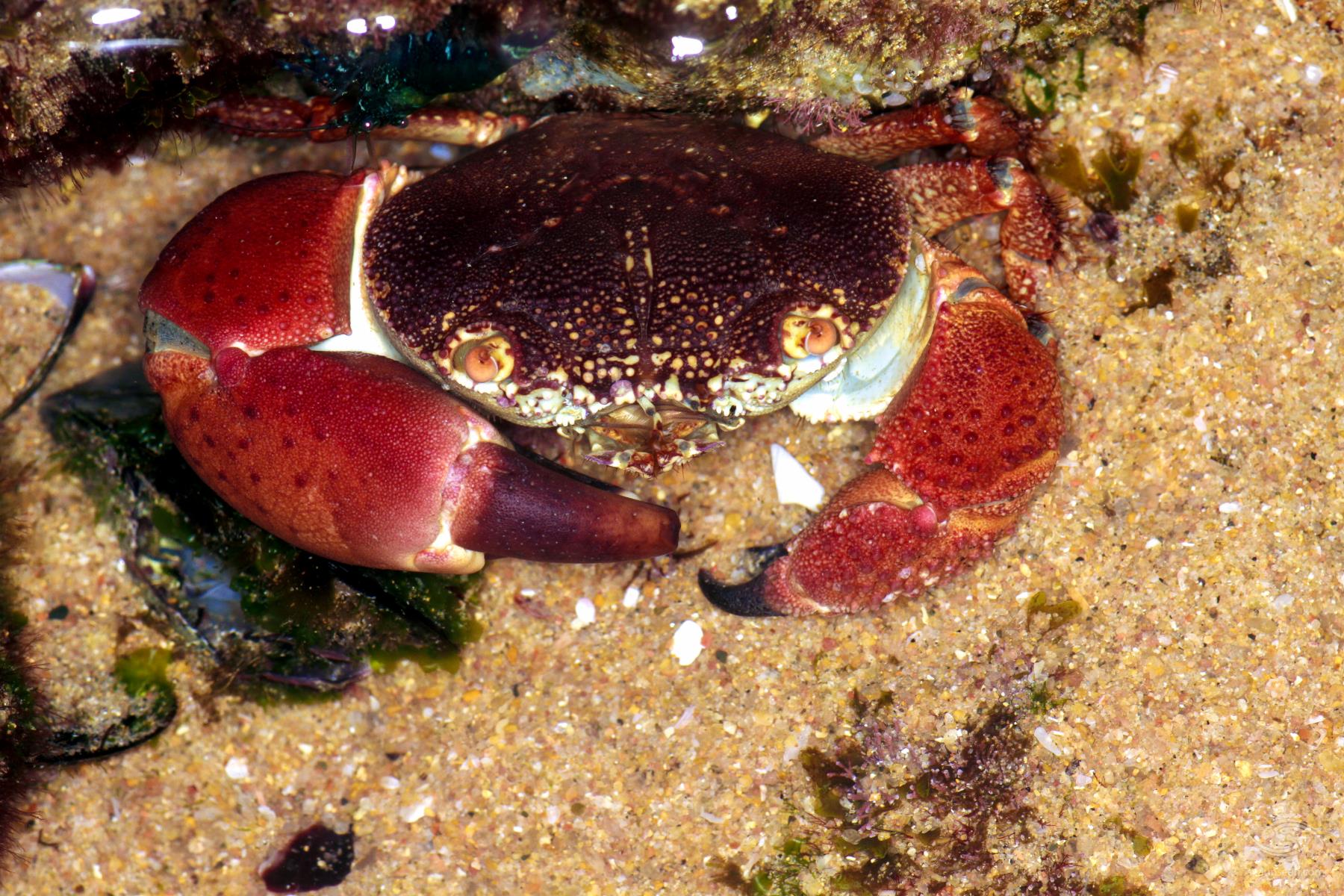 Smiths Xanthid have very powerful nippers and are often seen on the rocks at night dismantling mollusks or scavenging. They will usually retreat into a crevice or hole when they see a person. They tend to be slow moving and quite sluggish and will always face the perceived danger while retreating into a crevice or hiding spot.

Smith’s xanthid are found across the Indo Pacific area. They are found on eulittoral rocks and are commonly seen out on the exposed rocks at low tide at night. 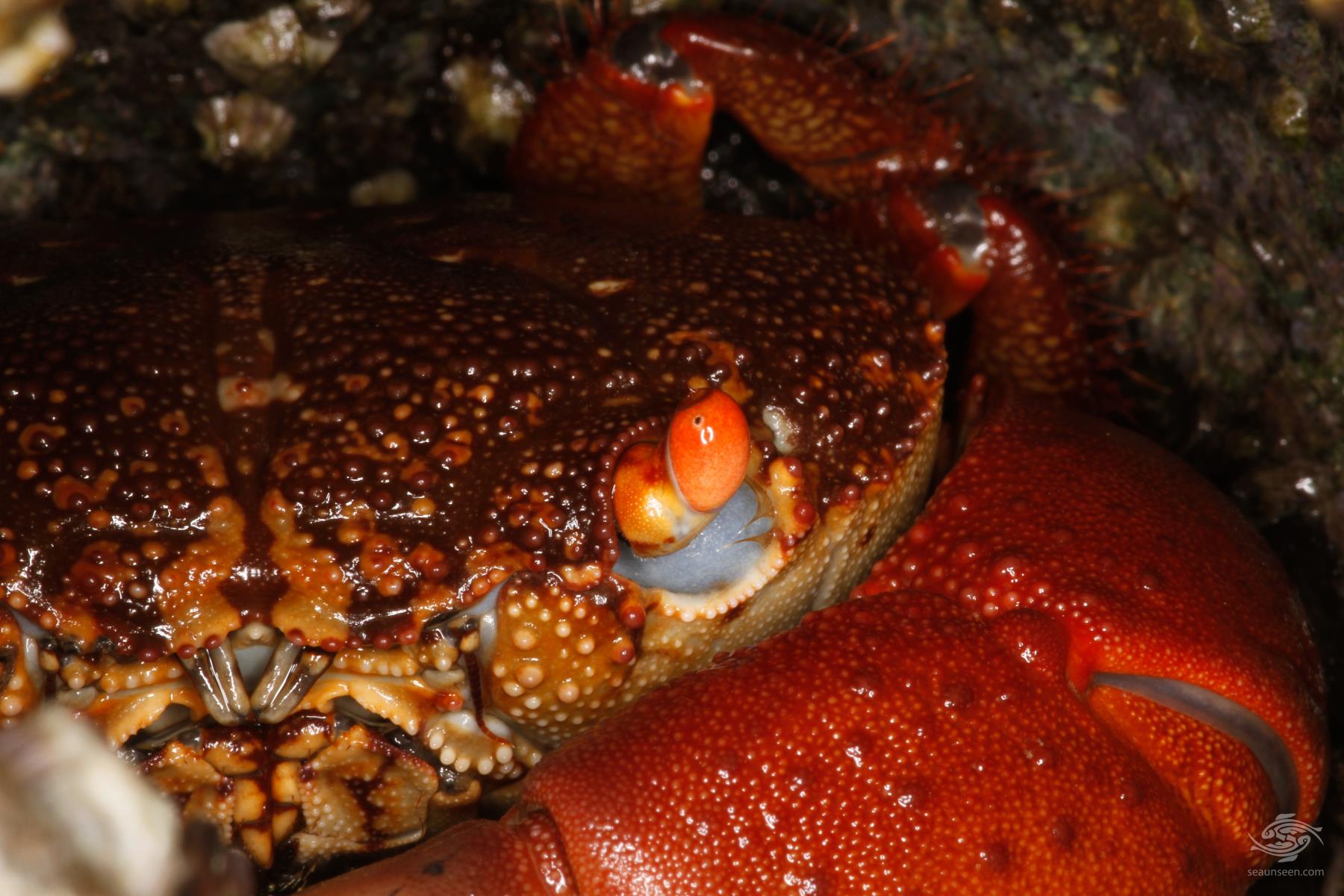 Smiths Xanthid has powerful nippers that they use to open mollusks and they will scavenge on the rocks. Their nippers are powerful enough to pull limpets off the rocks. They are likely to eat small fish caught in rock pools.

Smiths Xanthid have separate sexes but little is known about their mating habits. At maturity they begin breeding and copulation takes place just after molting or in hard shelled condition. Males deposit a sperm packet on the underside of females. Females hold the eggs between the abdominal flap and the body. The eggs start off bright orange and as they develop so they go a dark muddy brown color. Once the eggs hatch they become planktonic, free floating in the water table for a few months until they mature. Very few of the larvae survive until adult stage. 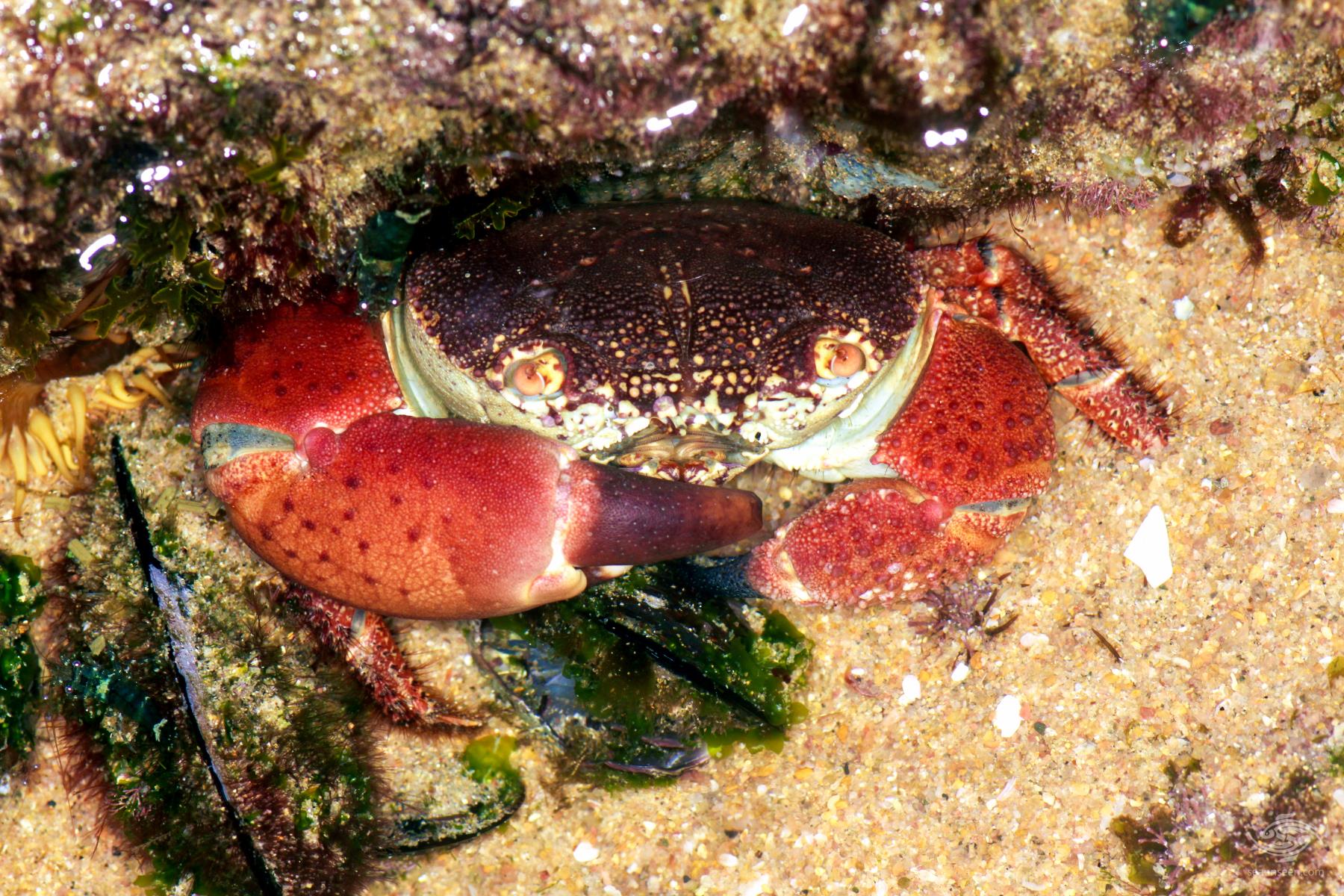 Smiths Xanthid are not harvested commercially but they are eaten by subsistance fishing communities who in Tanzania tend to make broths out of them, often cooking them in a large pot with assorted shells and other crustaceans.