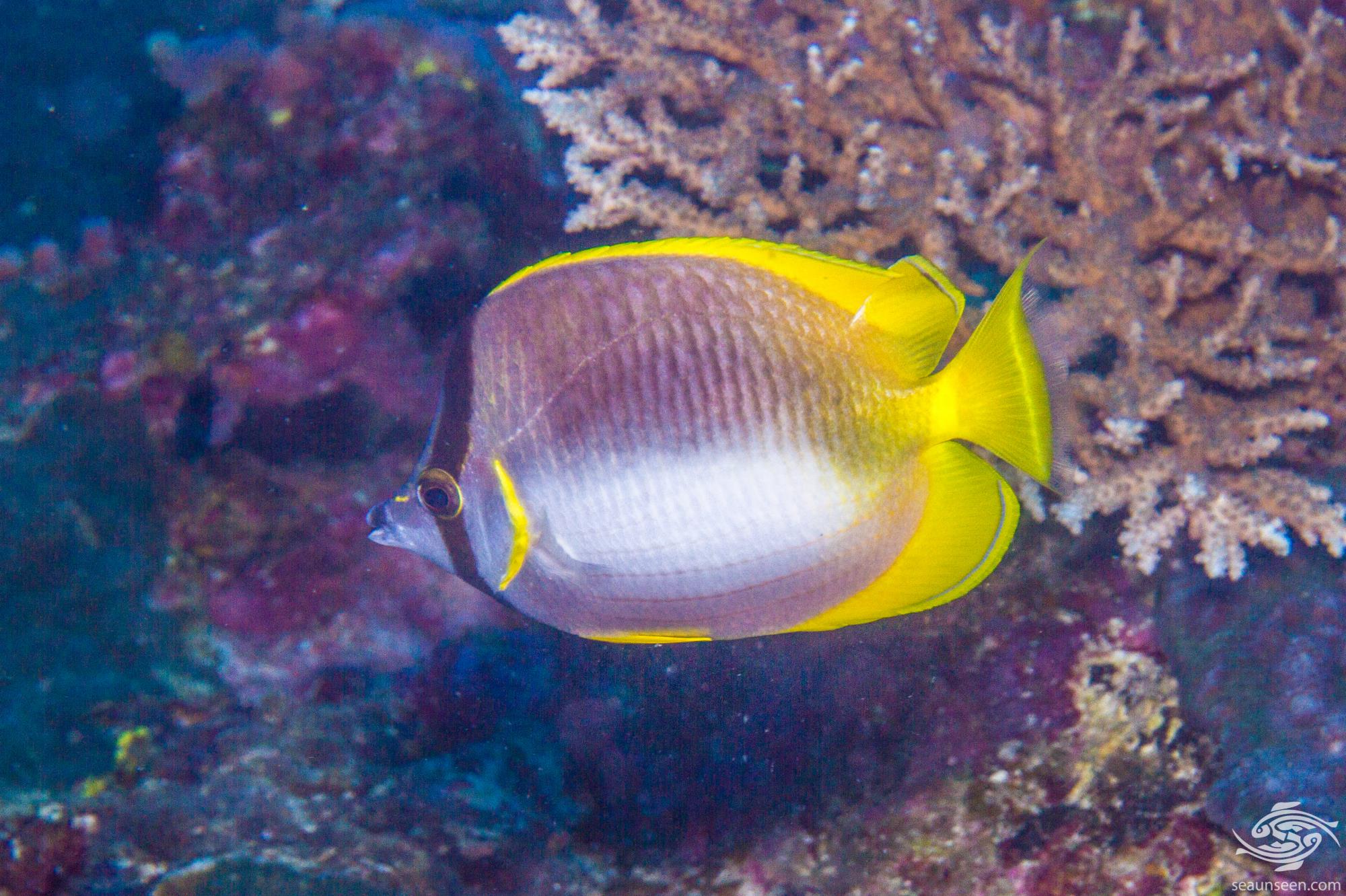 The Somali Butterflyfish ( Chaetodon leucopleura) is not a common fish on the Tanzanian coast. They are reportedly more common on the Kenyan and Somali coasts.

Somali Butterflyfish have a white lower body with a dark grey-black upper body with yellow fins.  There is a yellow curved line along the rear of the gill plate and a black bar over the eye. Between the eye there are five or six narrow yellow horizontal lines. The top of the mouth is black. As with all the Butterflyfish the body is laterally compressed and is oval shaped with a pointed mouth. 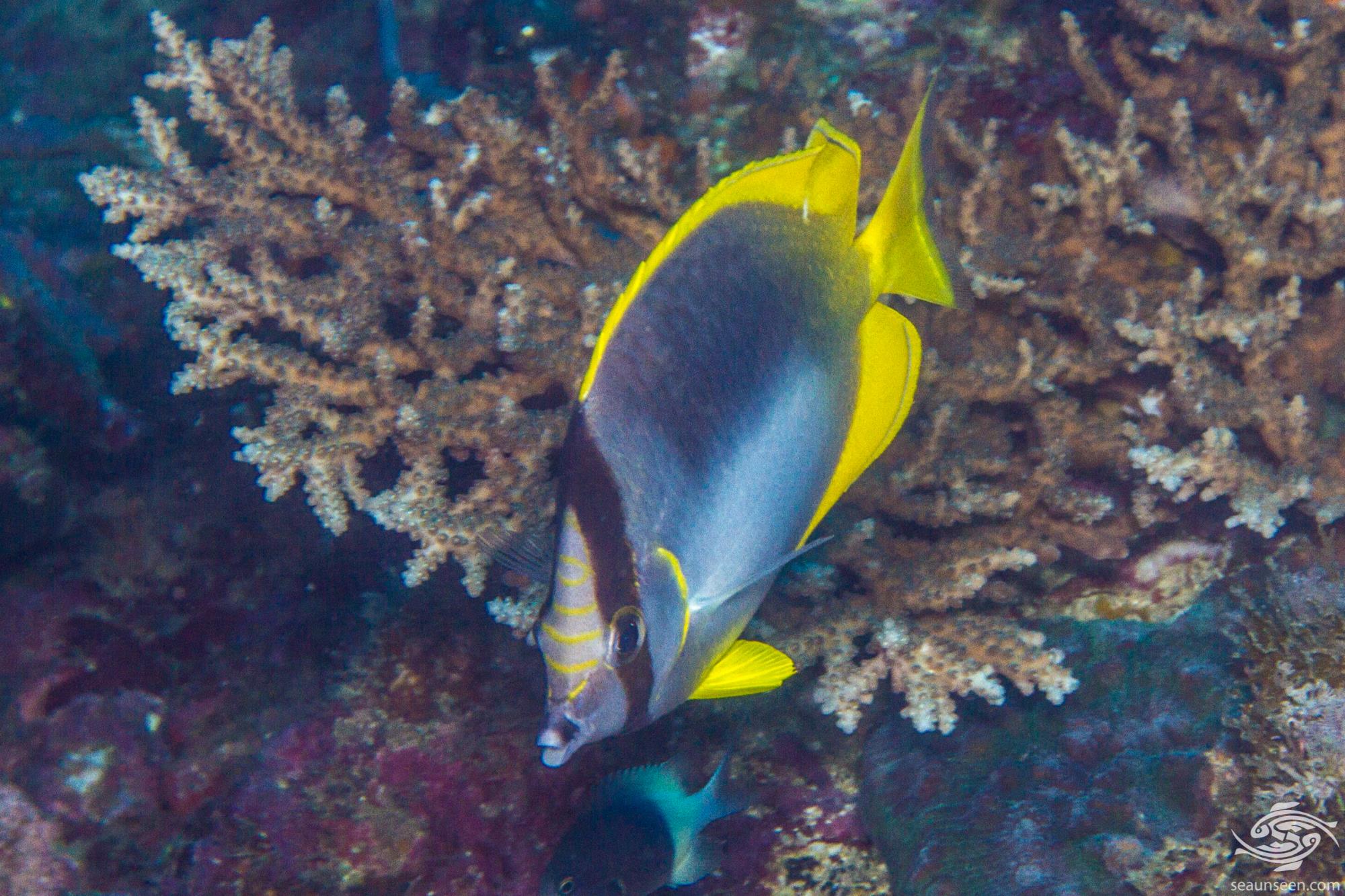 SOMALI BUTTERFLYFISH IN THE WILD

Somali Butterflyfish are not commonly seen on the Tanzanian mainland coast but are seen more often on Zanzibar and on the Kenyan coast. They are usually seen in pairs but on occasion they are seen singularly. 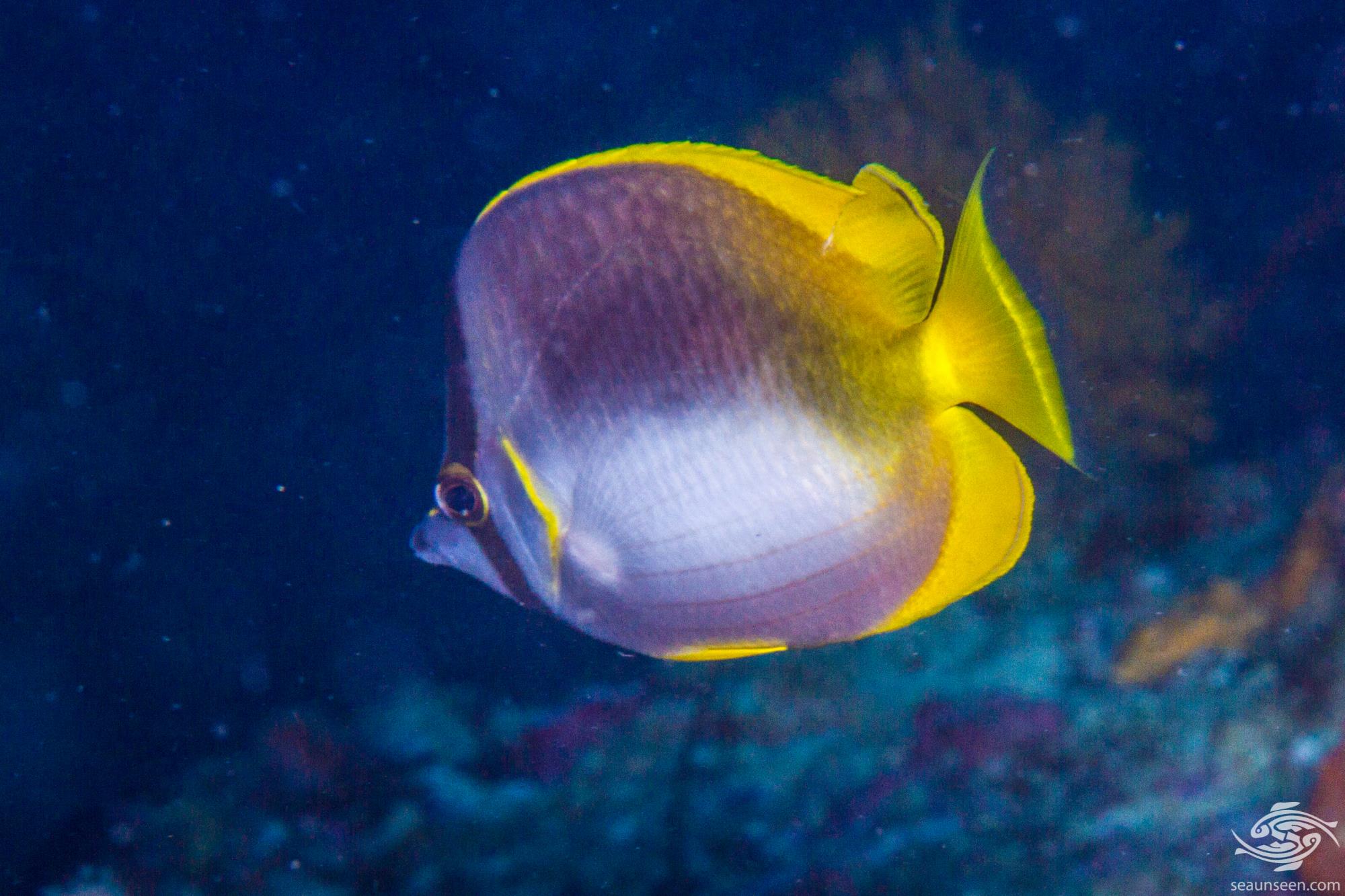 Somali Butterflyfish  are found from Tanzania northwards part way up the Red Sea and across to the southern Omani coast including Zanzibar and the Seychelles.  Their depth range is between 7 meters to 80 meters.   They are usually found in coral rich areas with strong tidal currents and have only been sighted at 35 meters on deep walls on the Tanzanian mainland coast. 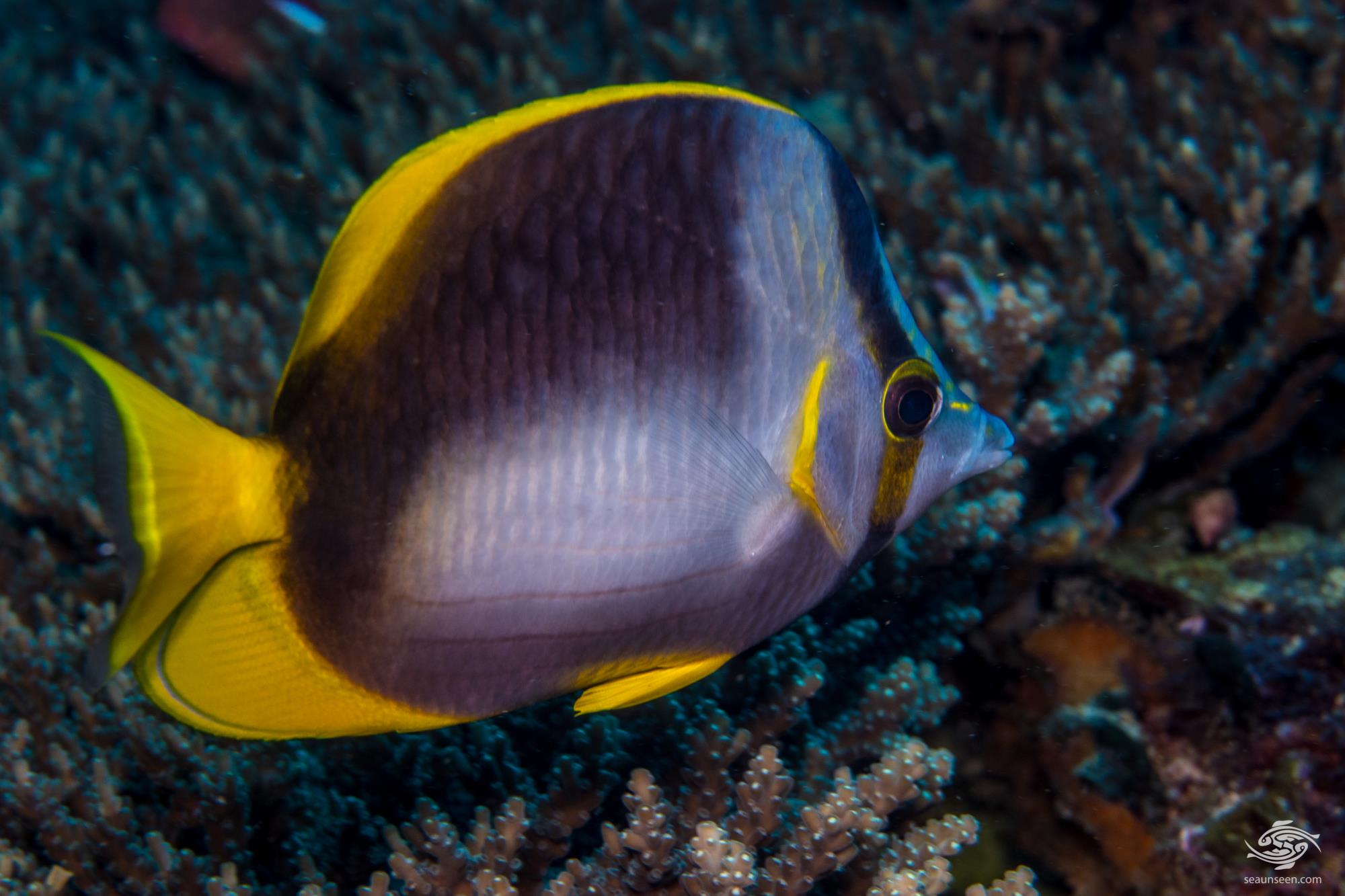 Somali Butterflyfish feed on coral polyps. Very little research seems to have been done on their diet but we have seen them picking polyps off acropora corals. 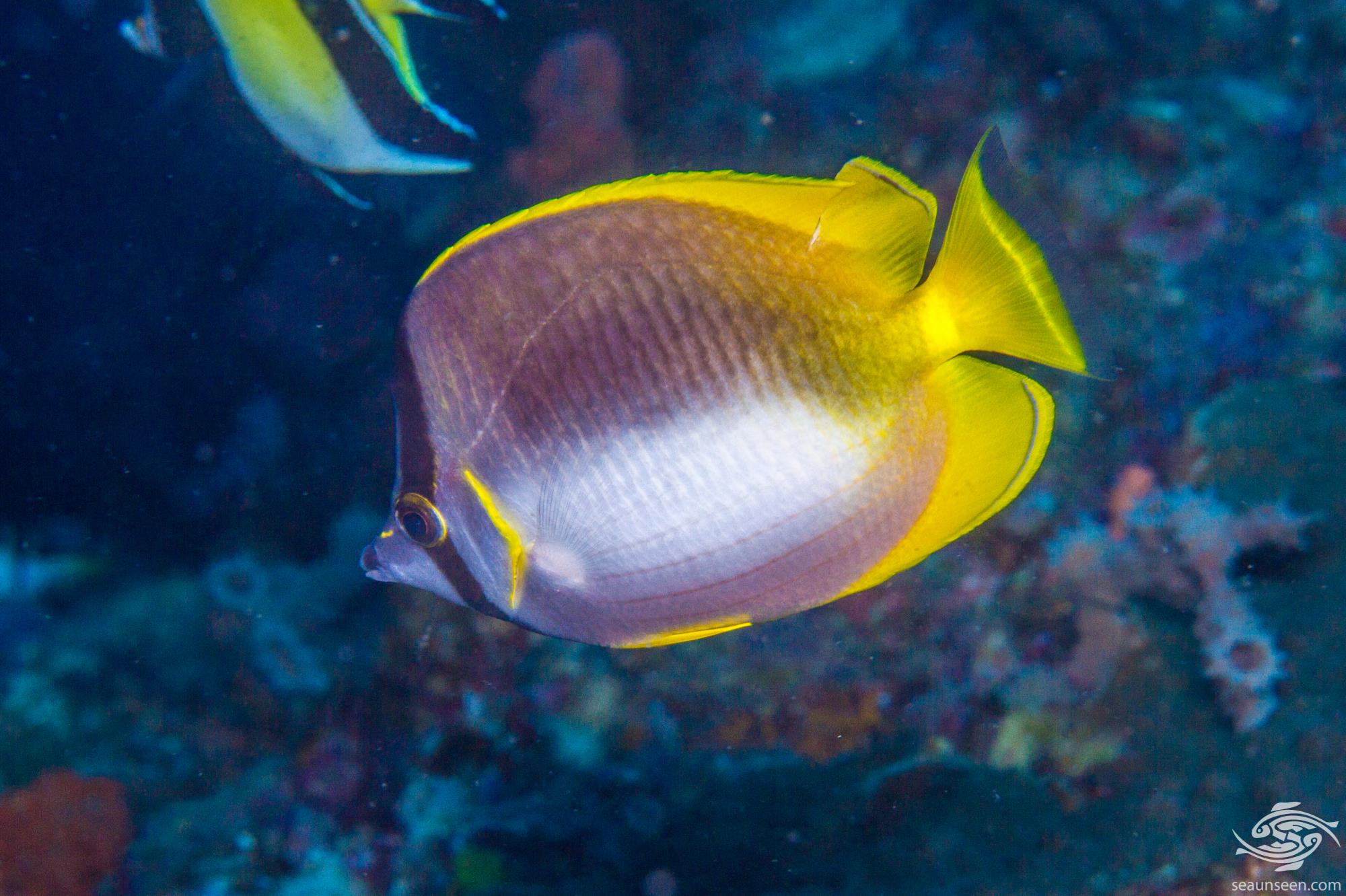 Little is known about the mating habits of the Somali Butterflyfish. They are however often seen in pairs which are probably monogamous. In Butterflyfish the female swells with eggs and spawning takes place by scattering into the water table with the male fertilizing the eggs.

The eggs are spherical and buoyant and it is thought they hatch in 28 to 30 hours. Once the eggs hatch a bony plate forms over the head area and the larvae called tholichthys, are pelagic for quite some time. They slowly develop into juveniles. This phase makes it extremely difficult to breed butterflyfish in aquariums. 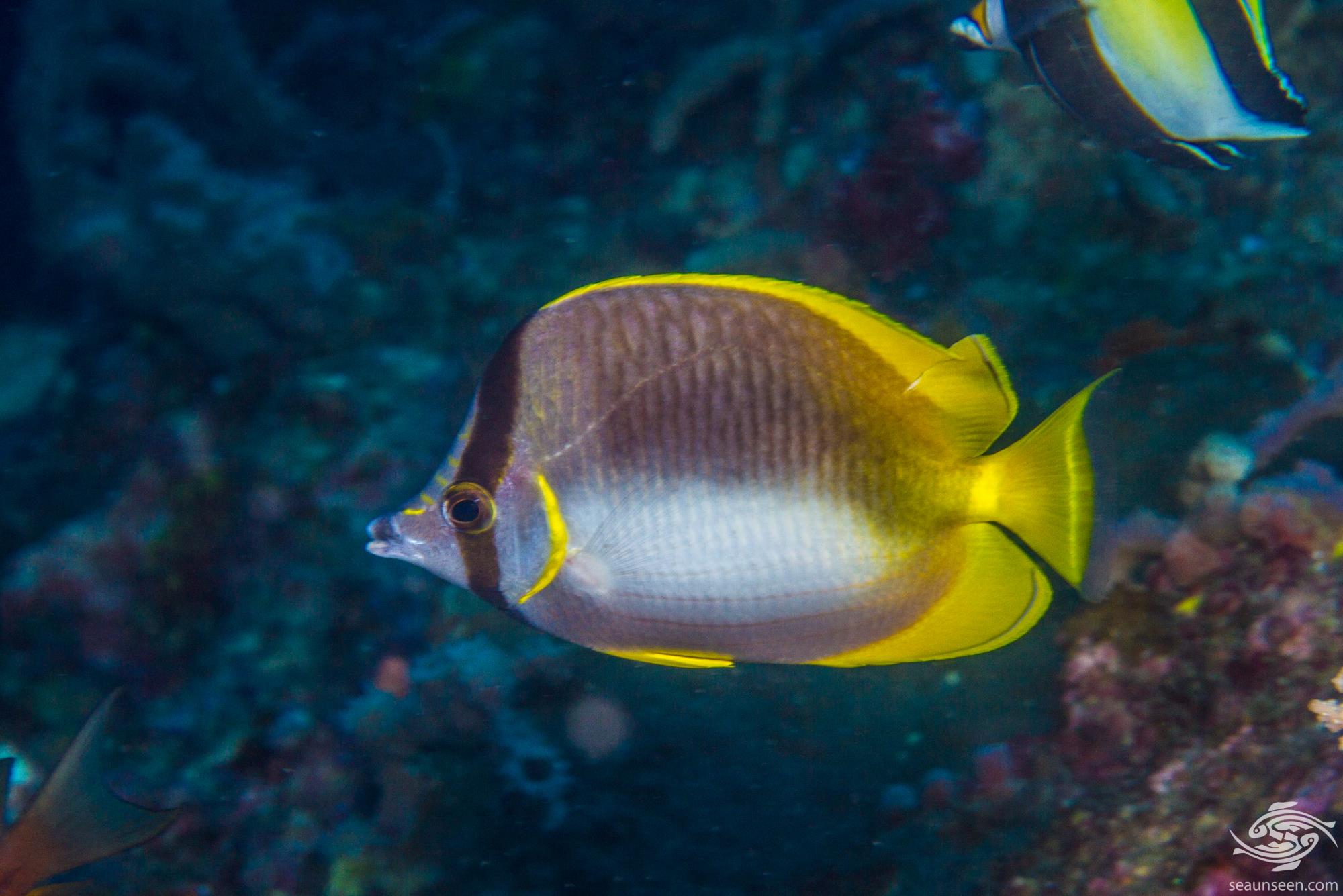 Somali Butterflyfish are seldom kept in private aquaria and are not well known in the trade. Because they live exclusively on live coral polyps and are difficult to wean off of this diet, few aquarists keep them.  They are not reef safe and will probably also nibble on invertebrates. 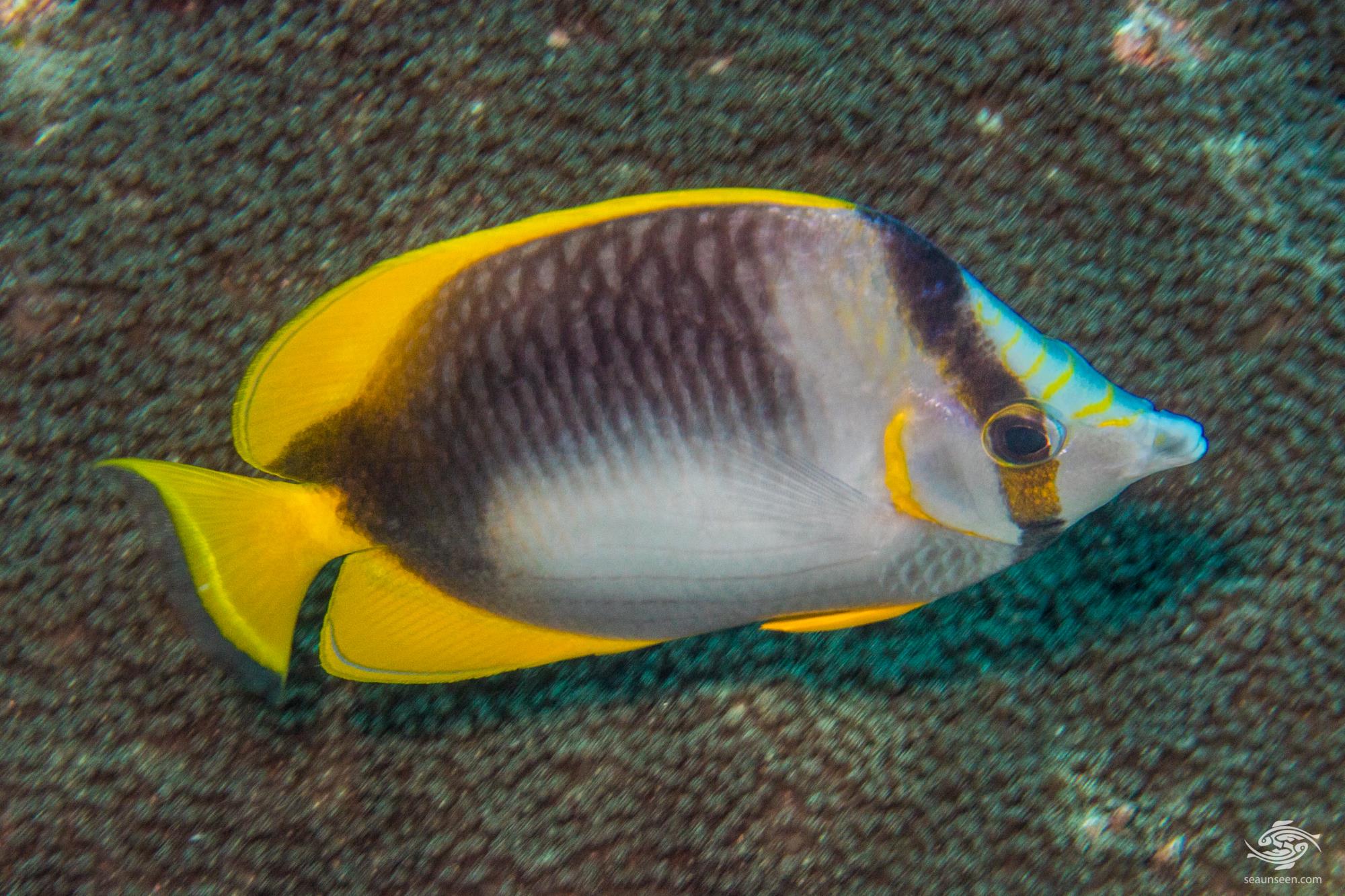