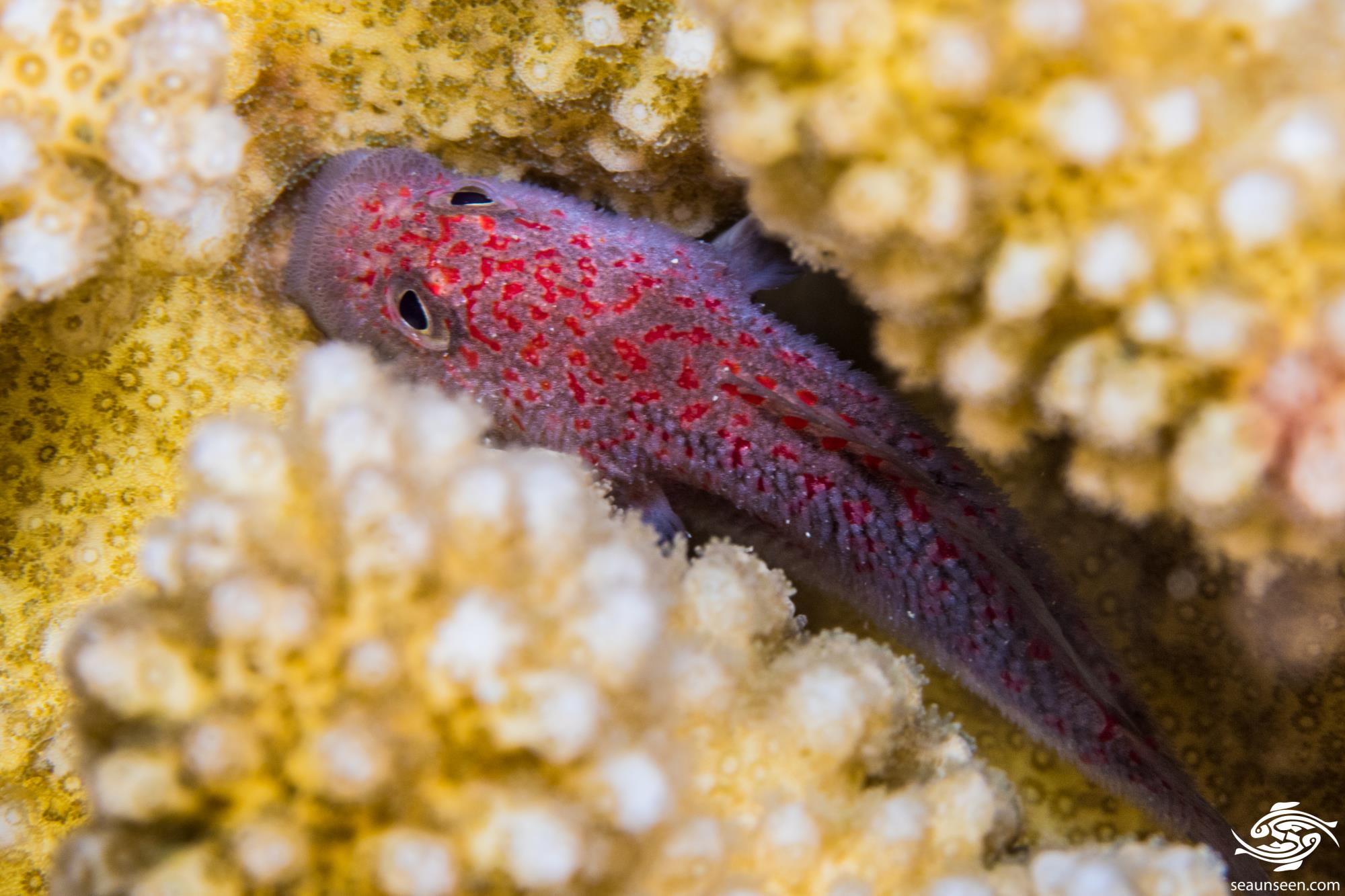 These fish spend their lives in branching corals , mainly of the acropora genus and during the day they tend to hide deep in these corals. At night if one is lucky one may see them on the upper parts of the coral, always below the level of the outermost branches . They are particularly hard to photograph and do not enjoy having a light shone on them. Usually they go deeper in the coral when a light is put on them. We have never seen them outside of the branches of the coral. 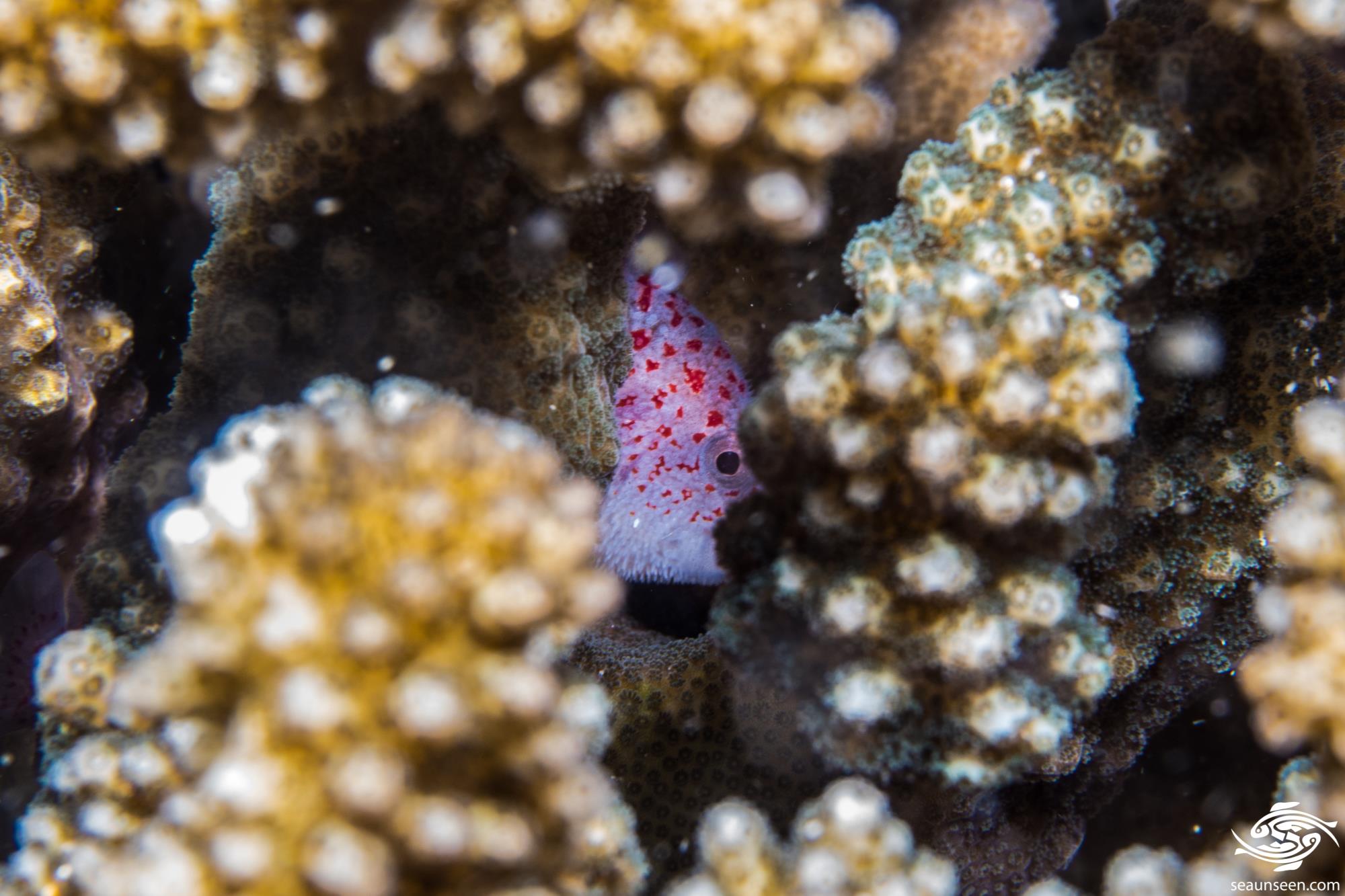 The Spotted Croucher have a proportionally thin oval shaped body with a small mouth. The body is covered in small papillae  and the pectoral fins are stubby and are used to wedge themselves into the coral. The pelvic fins are very small and are hard to see. The body is generally white covered in predominantly red dots, but some specimens have quite a few black dots as well as the red as can be seen below.  They grow up to 5cm in length. 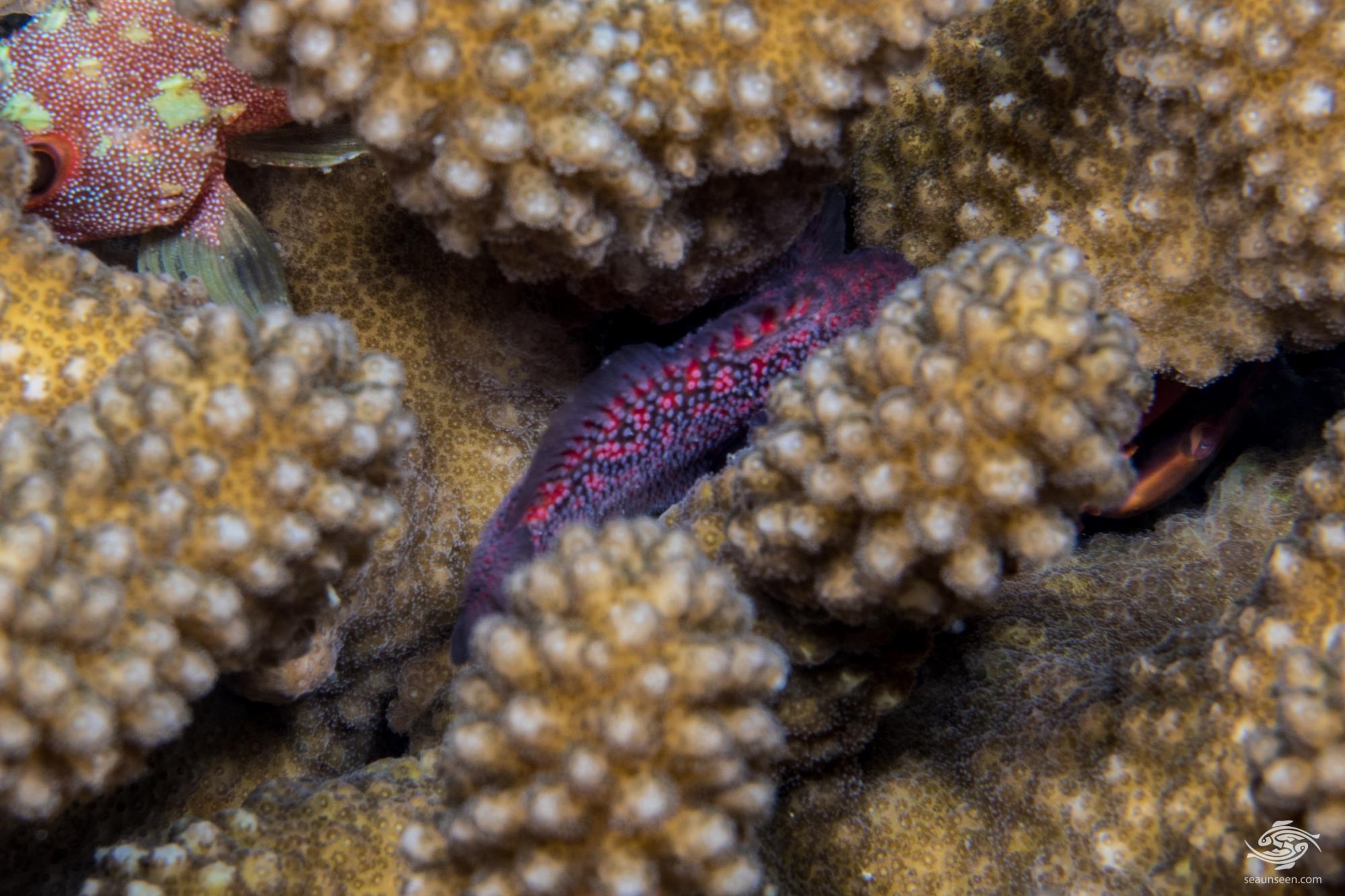 Scorpionfish have a cuticle of skin that covers the body and this is changed every few weeks giving them a resilience against parasites, but it is not known if this genus have the same characteristics. 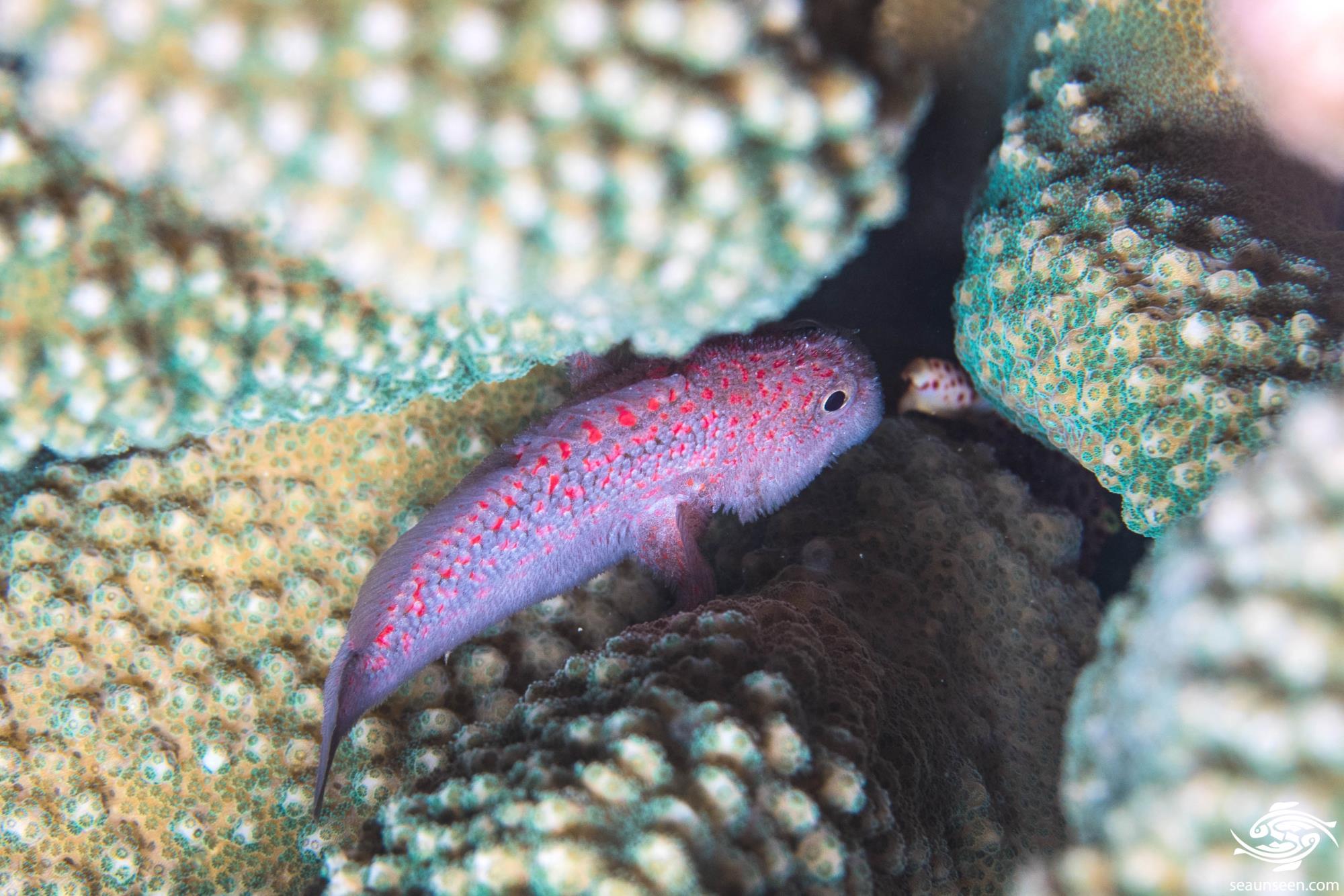 The Spotted Croucher have only been seen at night by ourselves in branching corals. One has to look carefully between the branches of the corals o find them. They generally had deeper into the coral when light is put on them.  They seem more common in the shallower waters and one seldom sees them deeper than 12 meters. 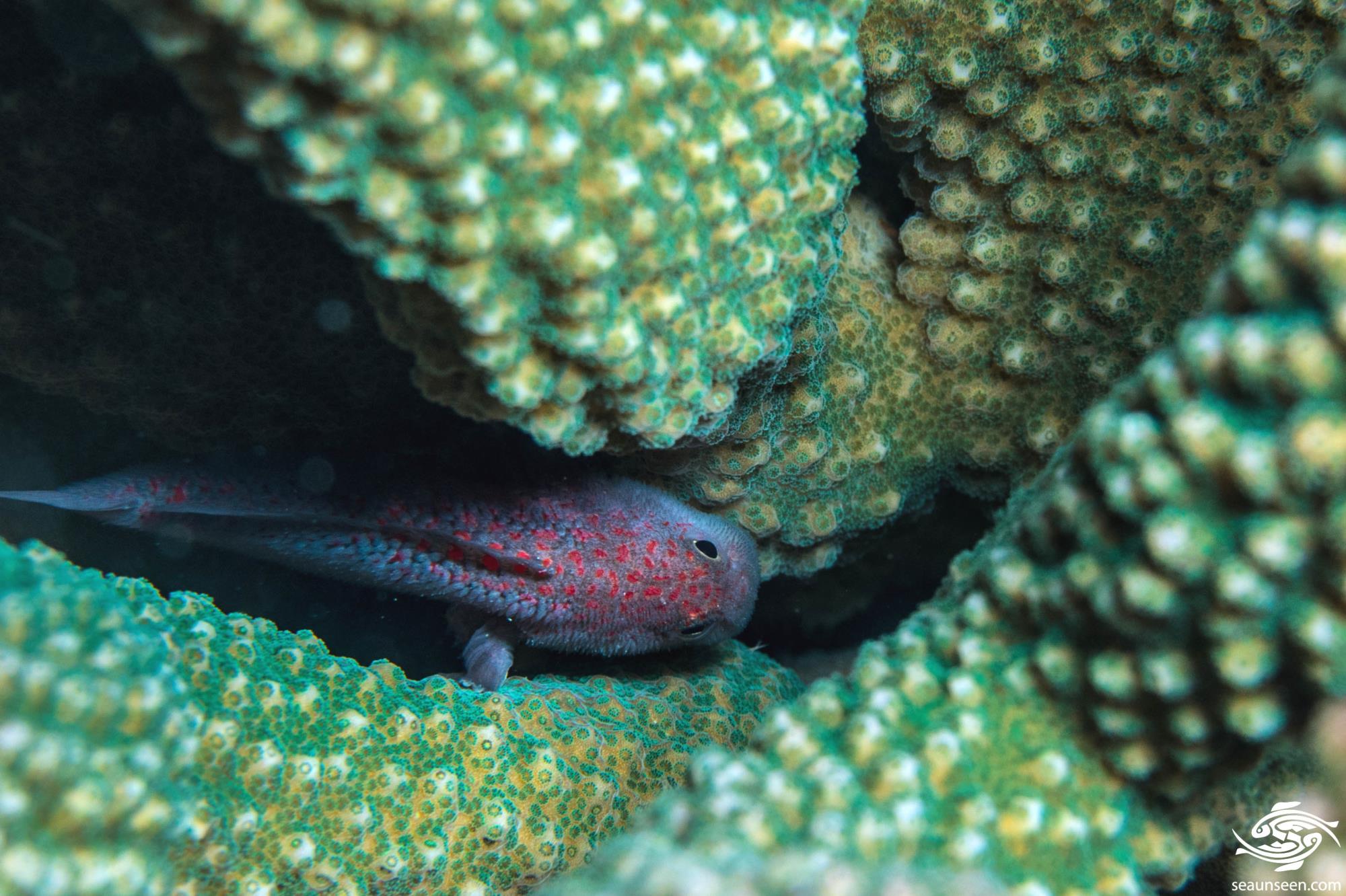 Spotted Croucher are found across the West Indian Ocean from Kenya and Tanzania down to Mozambique and across to Sri Lanka, 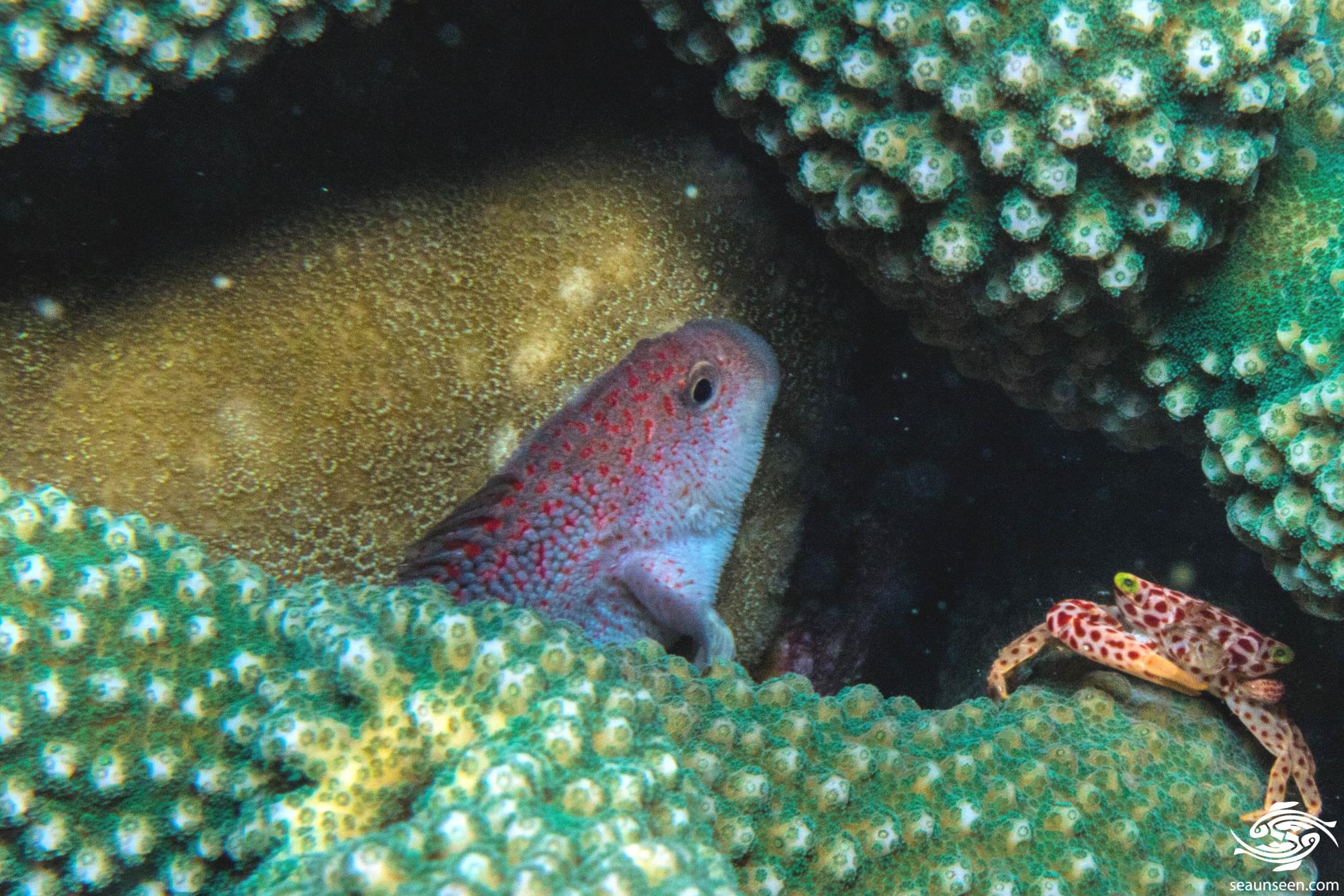 Spotted Croucher are ambush predators that prey on small fishes and crustaceans and probably pretty much anything that fits in their mouth. 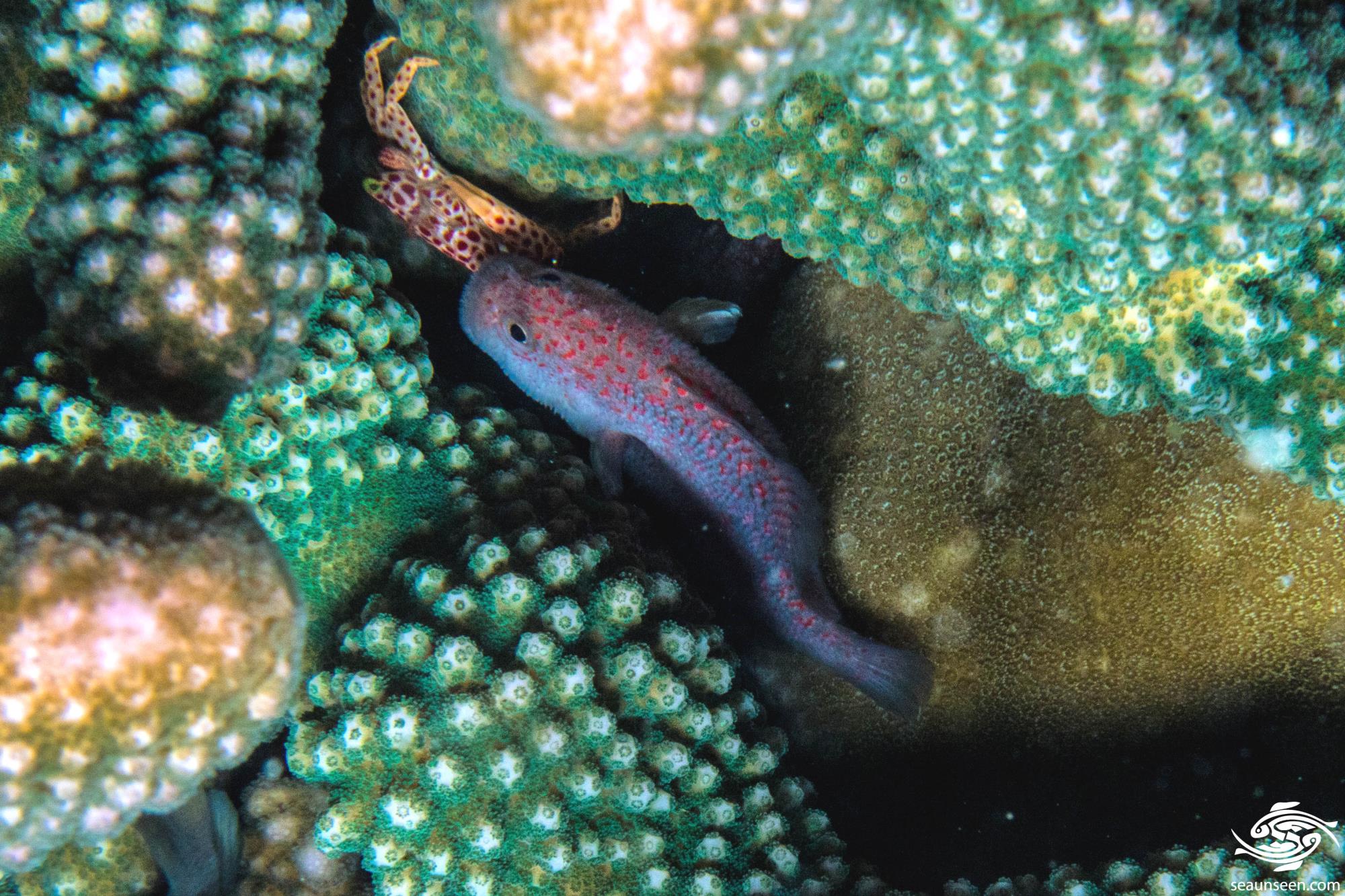 Spotted Croucher are oviparous with females producing eggs that are supposedly laid on the underside of the branching corals that they live in.  They are thought to be protogynous hermaphrodites, in other words they are born female and at some point in their life change sex to male. 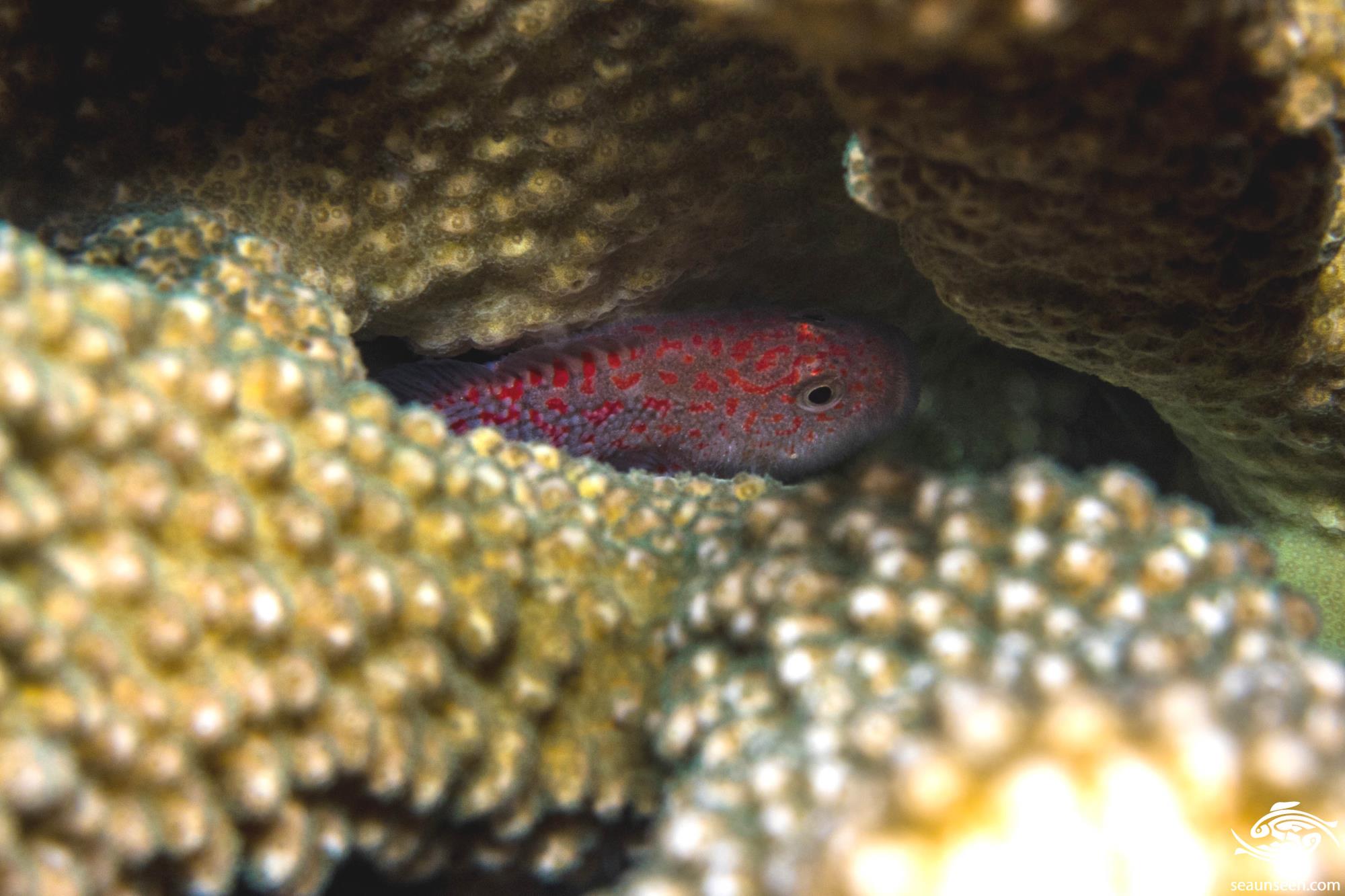 They are caught for the aquarium trade and unfortunately given that they spend their lives in acropora coral heads, this usually means that the coral head they are living in is broken to catch them.

Spotted Croucher may be kept by some collectors in specialised aquariums, but they are probably not that common in the trade. They will likely eat anything that fits into their  mouths so care would have  to be taken in this regard.