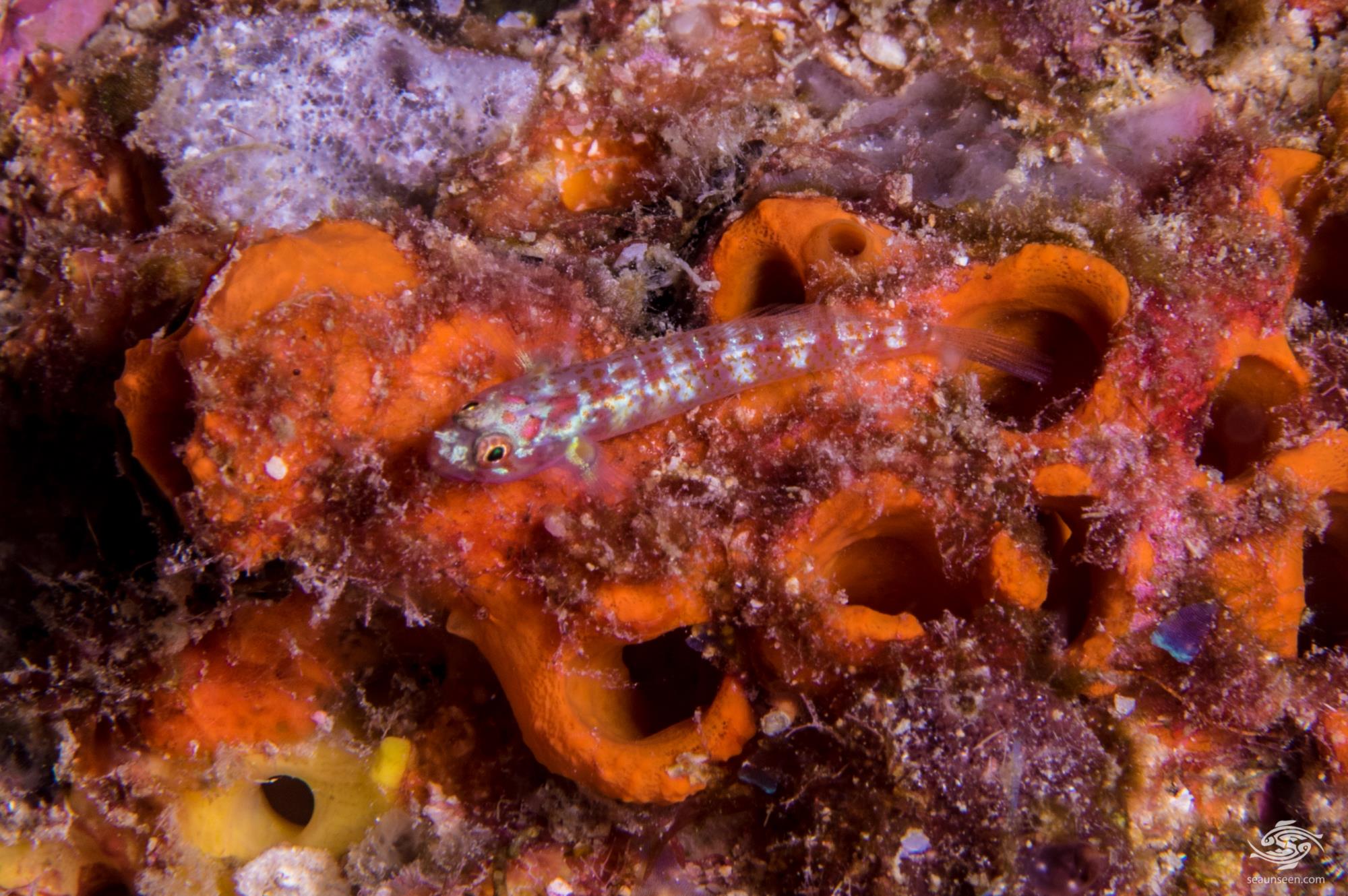 The Spotted Dwarfgoby Eviota guttata is as its name suggests is a small fish. At the time of description they were  described as having the smallest vertebrae known but that honor these days goes either to a frog or a smaller fish.  They were described in 1978 by Lachner, E.A. and S.J. Karnella from some specimens captured in Ethiopia.

They lack swim bladders which given that they spend most of their time on the substrate, are not needed and although they do not have a lateral line, they have sensory organs around the head.

The Spotted Dwarfgoby as its name implies is small, growing up to a maximum length of just over three cm in length. They have a typical goby shaped body with an elongated cylindrical body shape with two dorsal fins.  The The body is a light grey white colour and there are a series of red blotches spread along the body.  running across the upper body. The nasal projections are proportionally large for their size. 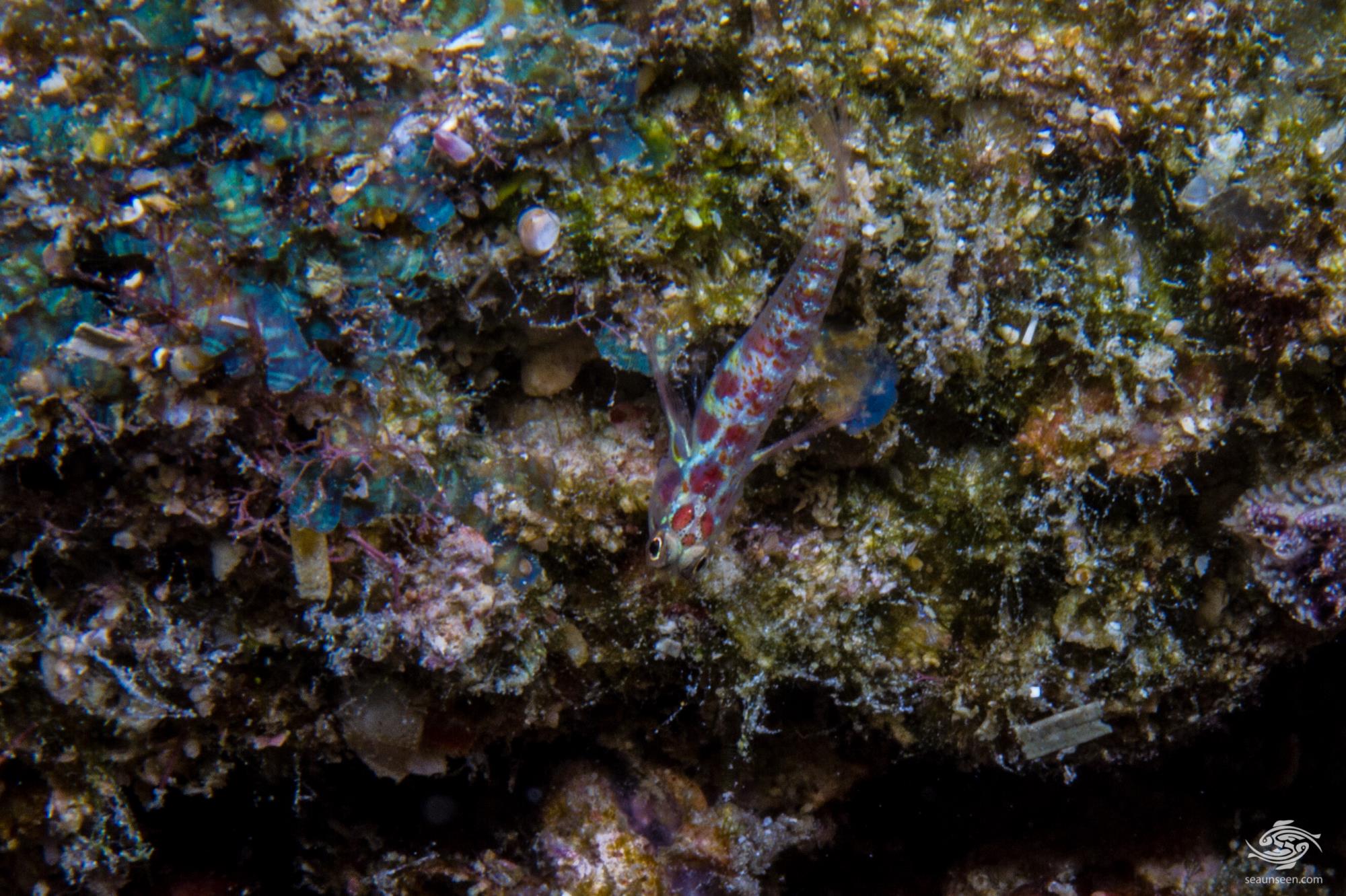 SPOTTED DWARFGOBY IN THE WILD

The Spotted Dwarfgoby is fairly common in Tanzanian coastal waters but because of their size one really has to look out to notice them. They make short fast darting movements on the reef, probably going after prey and as one approaches them to observe them they will sit dead still . If one gets too close they dart off again in a series of short fast hops and go into hiding. 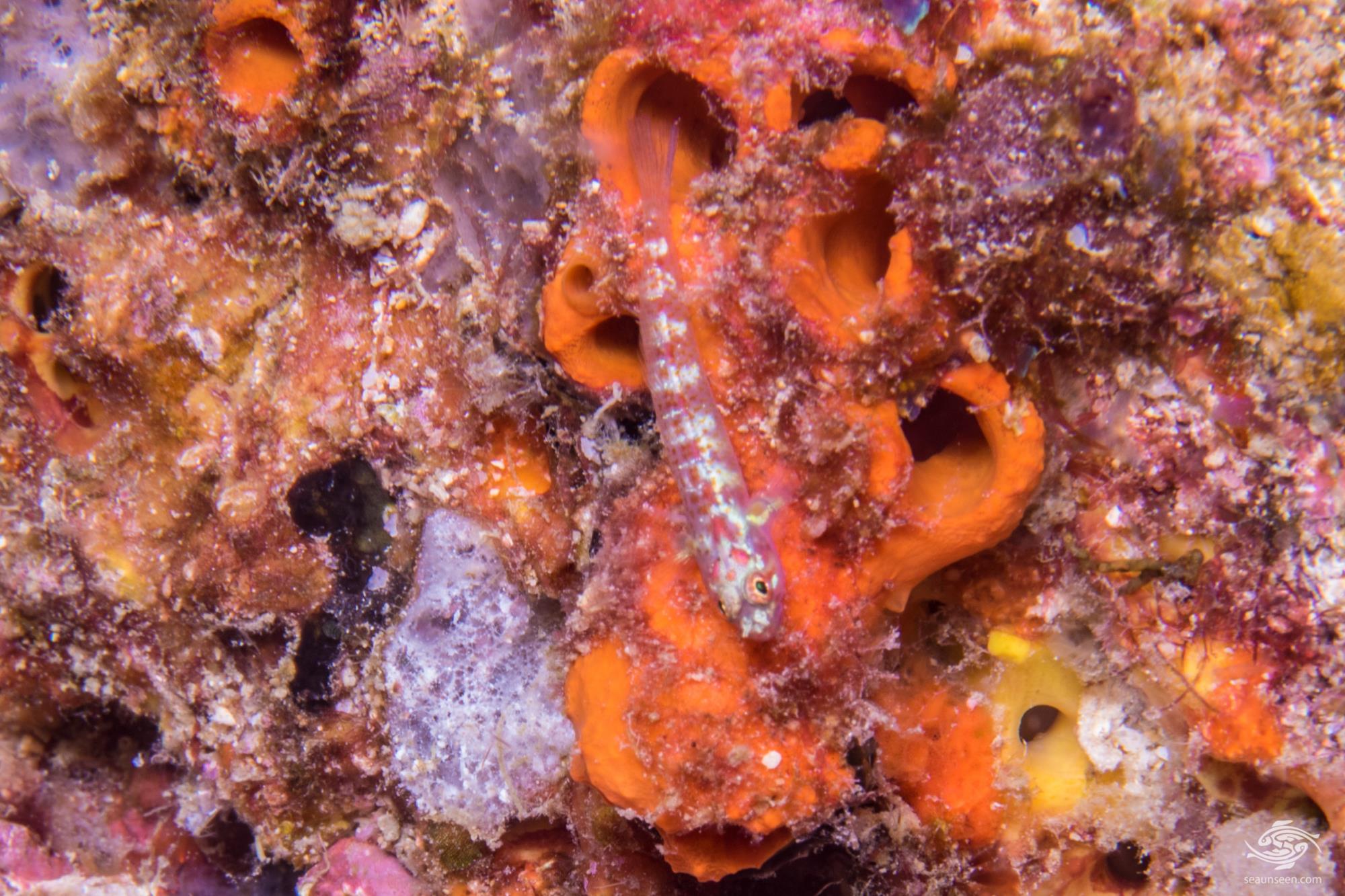 The Spotted Dwarfgoby is found across the Indian Ocean from East Africa north to the Red Sea and across to the Seychelles and Maldives.  They are mainly seen on the shallower reefs with mixed coral and algal growth but we have seen them down to 18 meters in Chole Bay on Mafia Island. 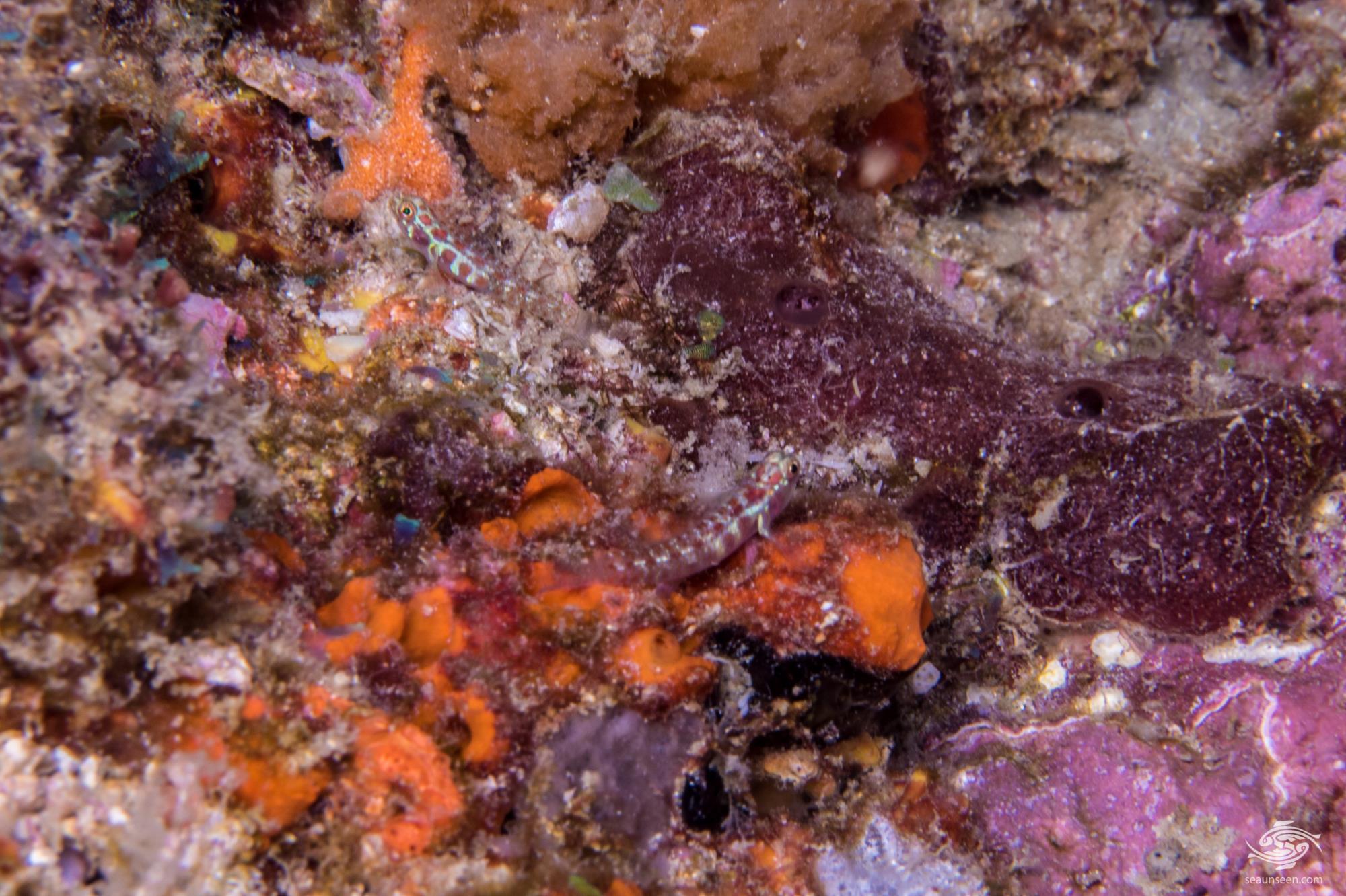 Spotted Dwarfgoby probably feed on small microorganisms on the reef and are capable of making short fast jumps to grab prey. 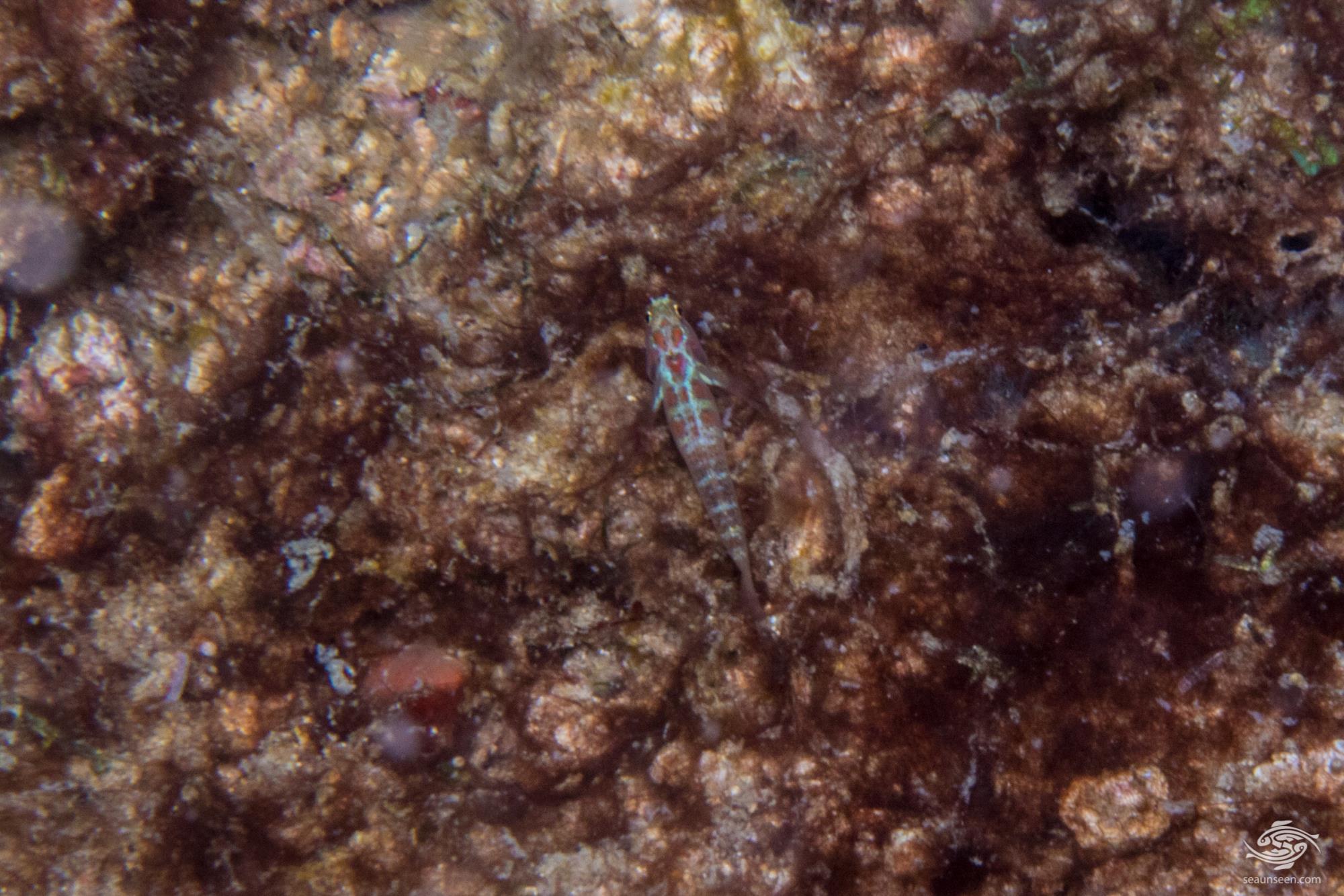 Very little if anything is known of their breeding habits. They are often found in pairs on the reef and sometimes in small groups of three to four fish in the same area. It is assumed that their mating habits are similar to other small gobies. 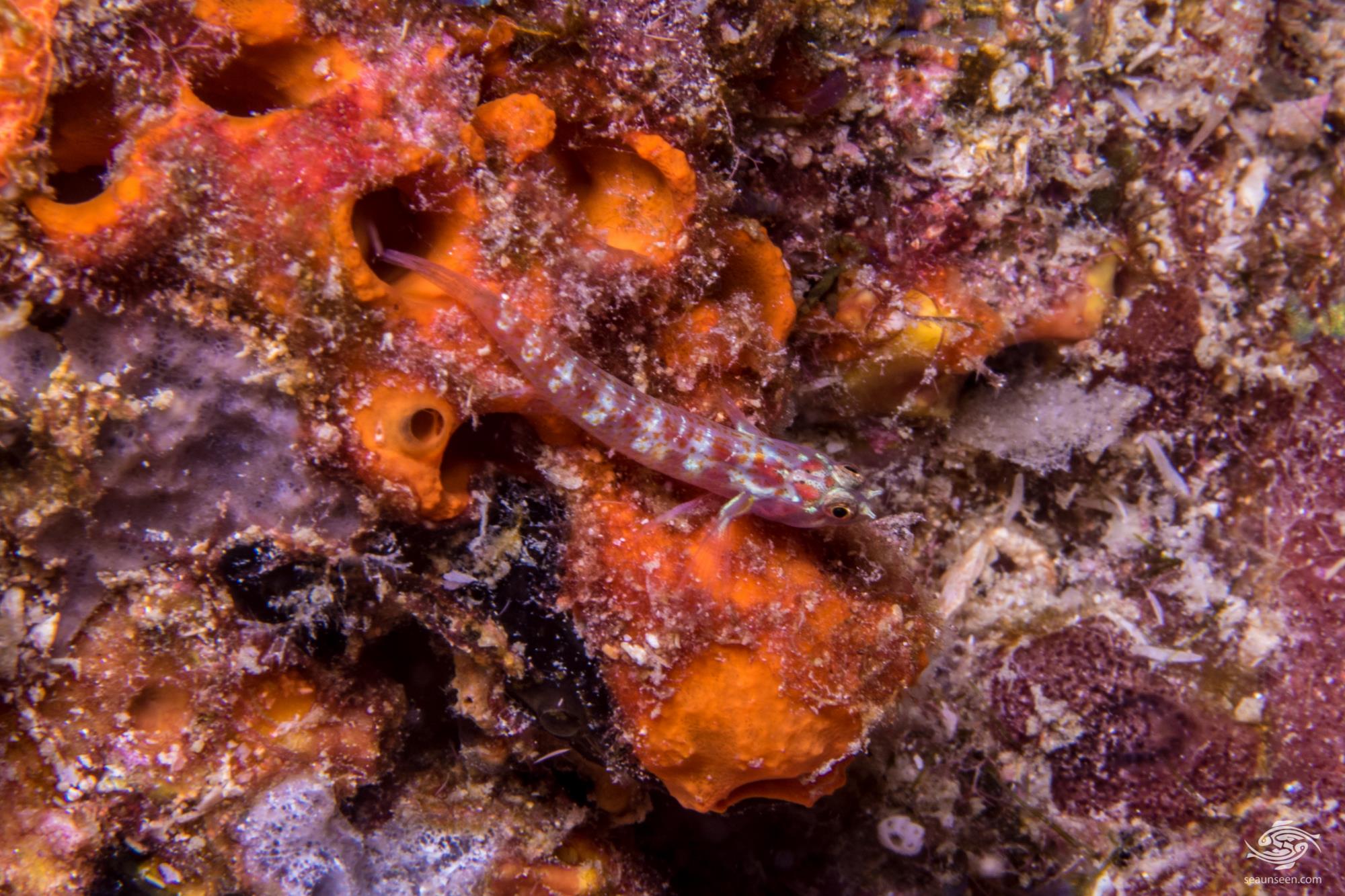 The Spotted Dwarfgoby does not seem to be known to the trade but there is no reason to assume that they would not do well in a tank provided that there were no predators. At their size they would be prey for most fish.