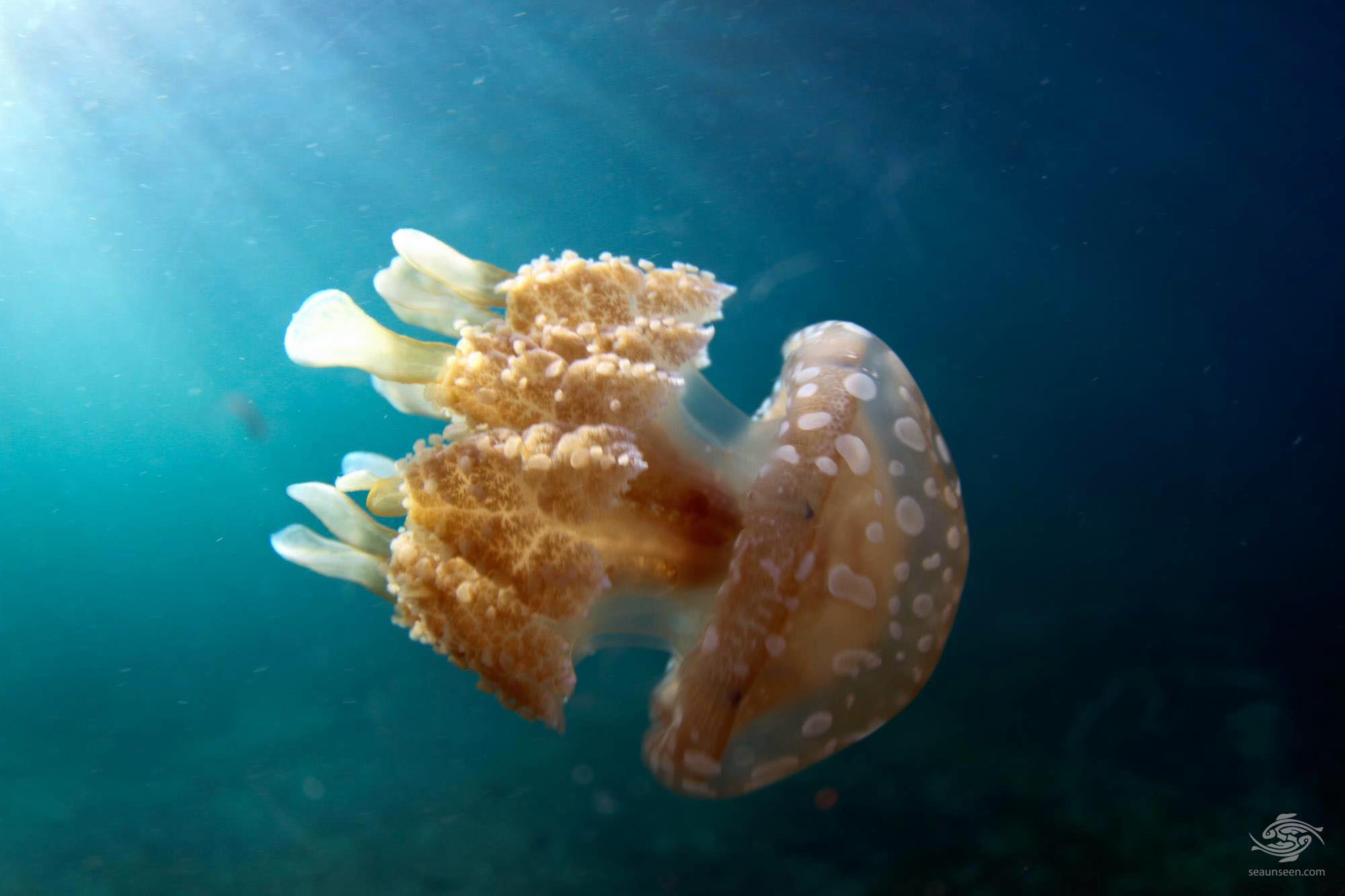 The Spotted Jelly, Mastigias papua is also known as the lagoon jelly, golden medusa, or Papuan jellyfish. They are closely related to the famous jellies found in the lakes in Palau. The jellies in the lakes have evolved over time and have dropped the clubs on their arms and they are no longer spotted. It seems that they are now going be classified as a sub species of Mastigias papua. As with many other jellies they have a symbiotic relationship with zooxanthellae, with the jelly providing protection for the zooxanthellae and receiving nutrients in return. 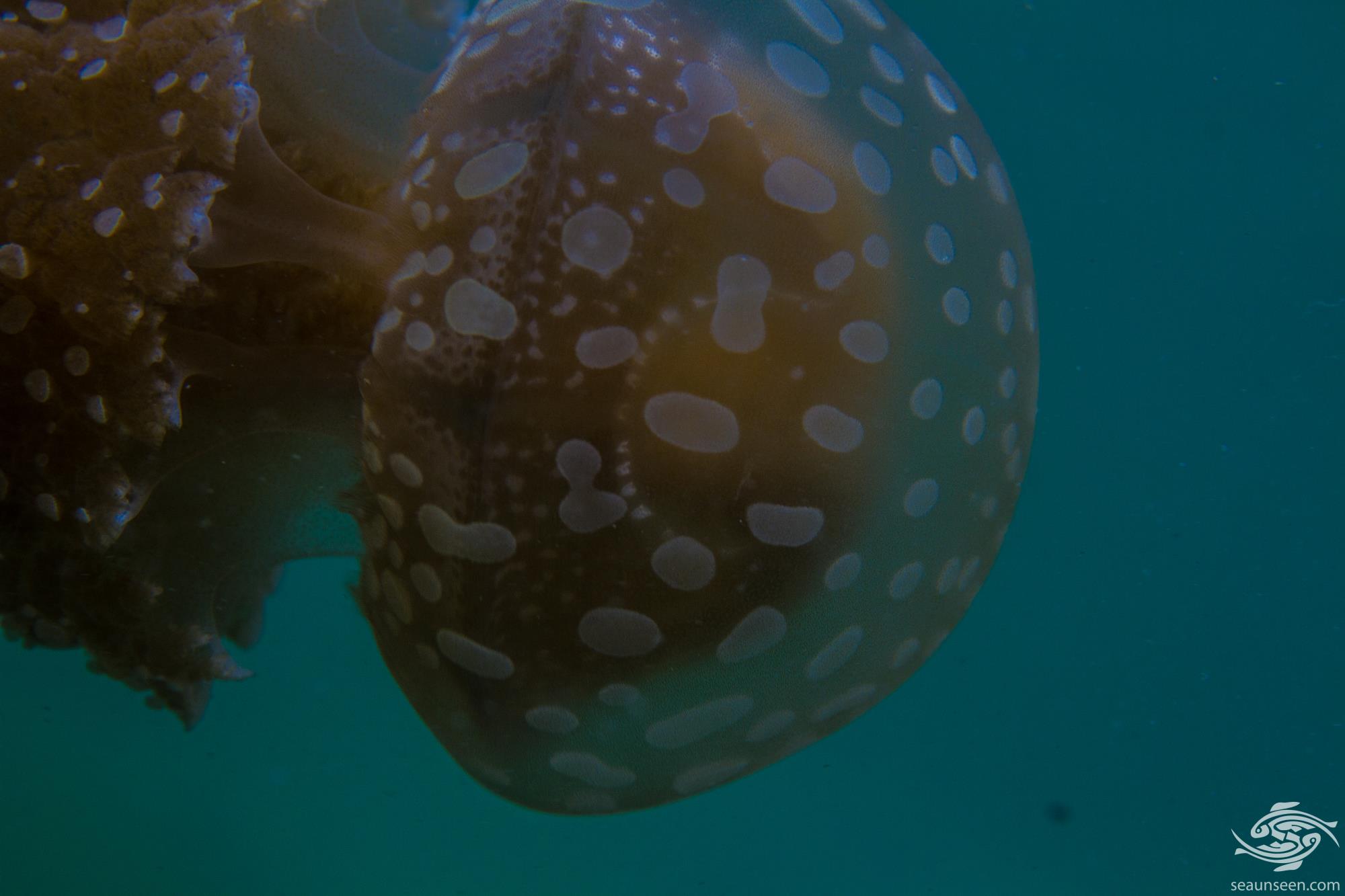 In Tanzania the bell of the spotted jelly is usually a translucent light brown color with white spots and the arms are a darker brown. The color comes from the zooxanthellae living in the gelatinous mesoglea between the bell’s external and interior layers. In some areas they may be more greenish in color due to variations in the color of the zooxanthellae. 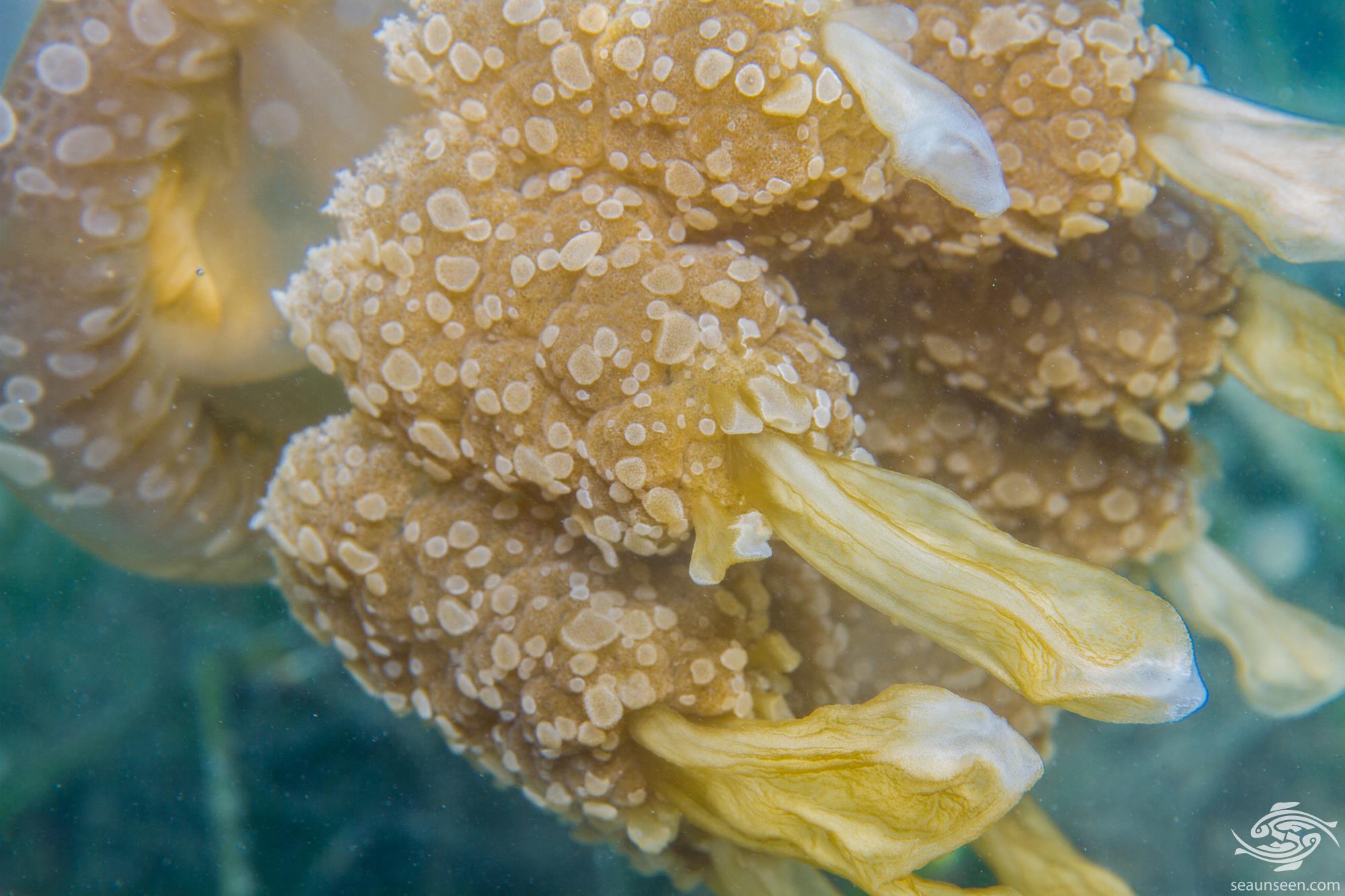 The bell is usually around 15 cm in width but can grow up to 30 cm. They have eight oral arms that end in a club shaped  appendage that can be seen in the image above. This jelly unlike most others, has multiple mouths on its oral arms. Their mouths are situated on the clubs and along the length of the arm towards the bell. 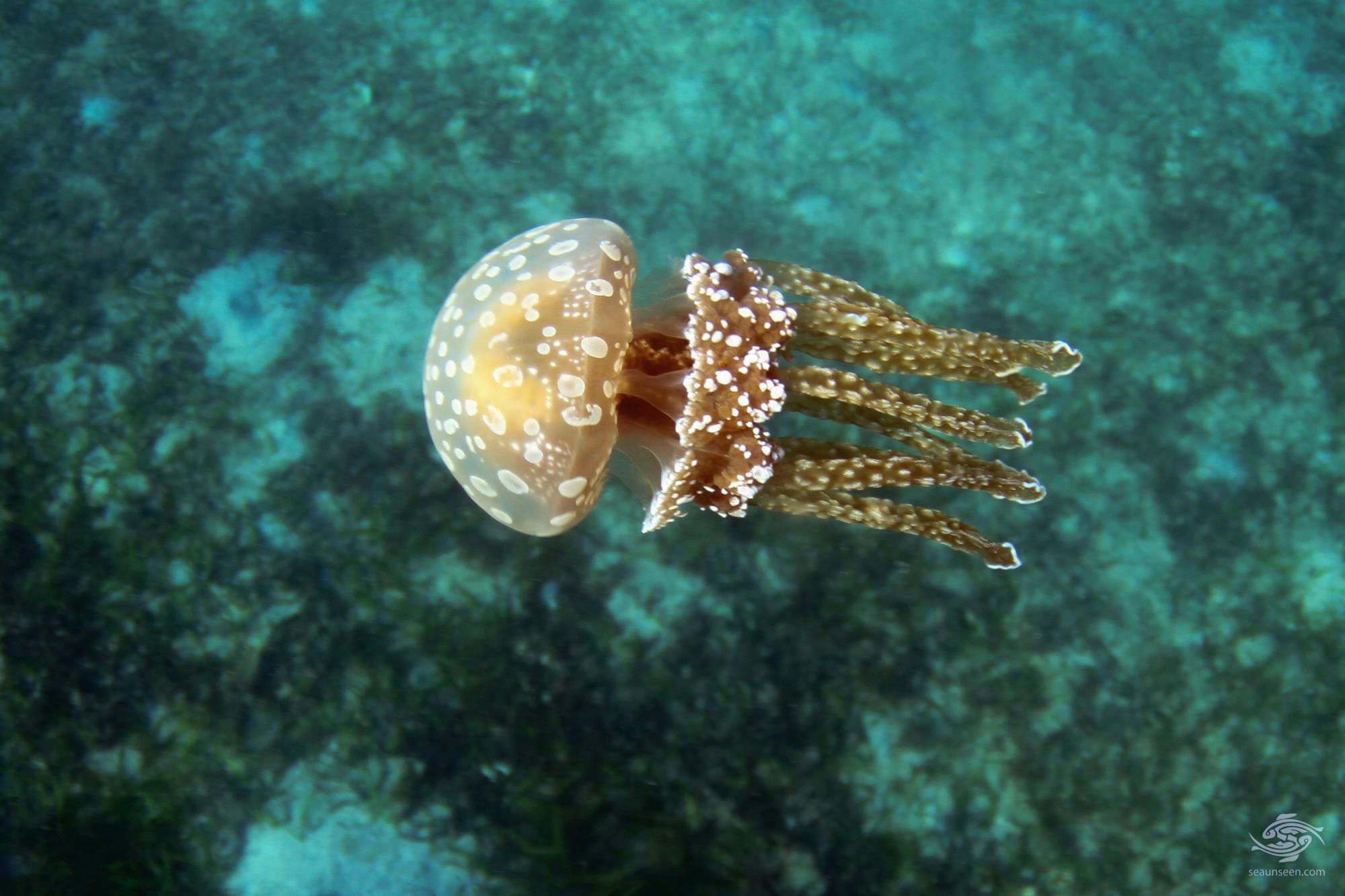 In Tanzanian waters spotted jellies are seen in summer, usually solitary and swimming close to the surface in the shallows. During the day they often swim with the bell pointing upwards towards the surface to maximize the amount of sunlight hitting the bell. This allows the zooxanthellae to produce more nutrients. In the late afternoon as the sunlight drops off they so they begin swimming horizontally and will switch to feeding on plankton.

The medusa stage of the spotted jellyfish is thought to be around three months in the wild. Their stings are very mild, although some individuals may be more sensitive than others to them. 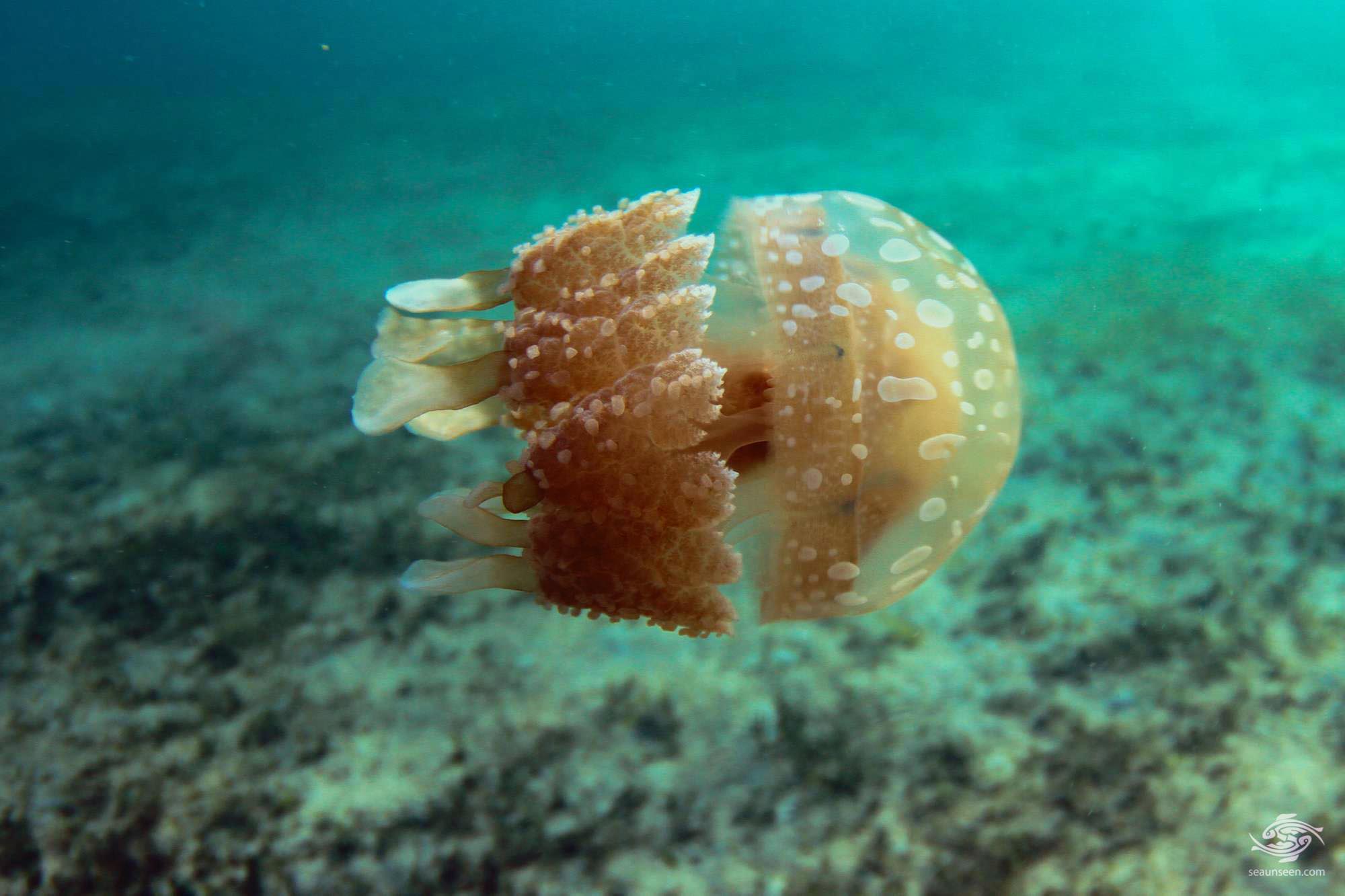 The spotted jelly is usually found in lagoons and protected areas across the Indo-Pacific. 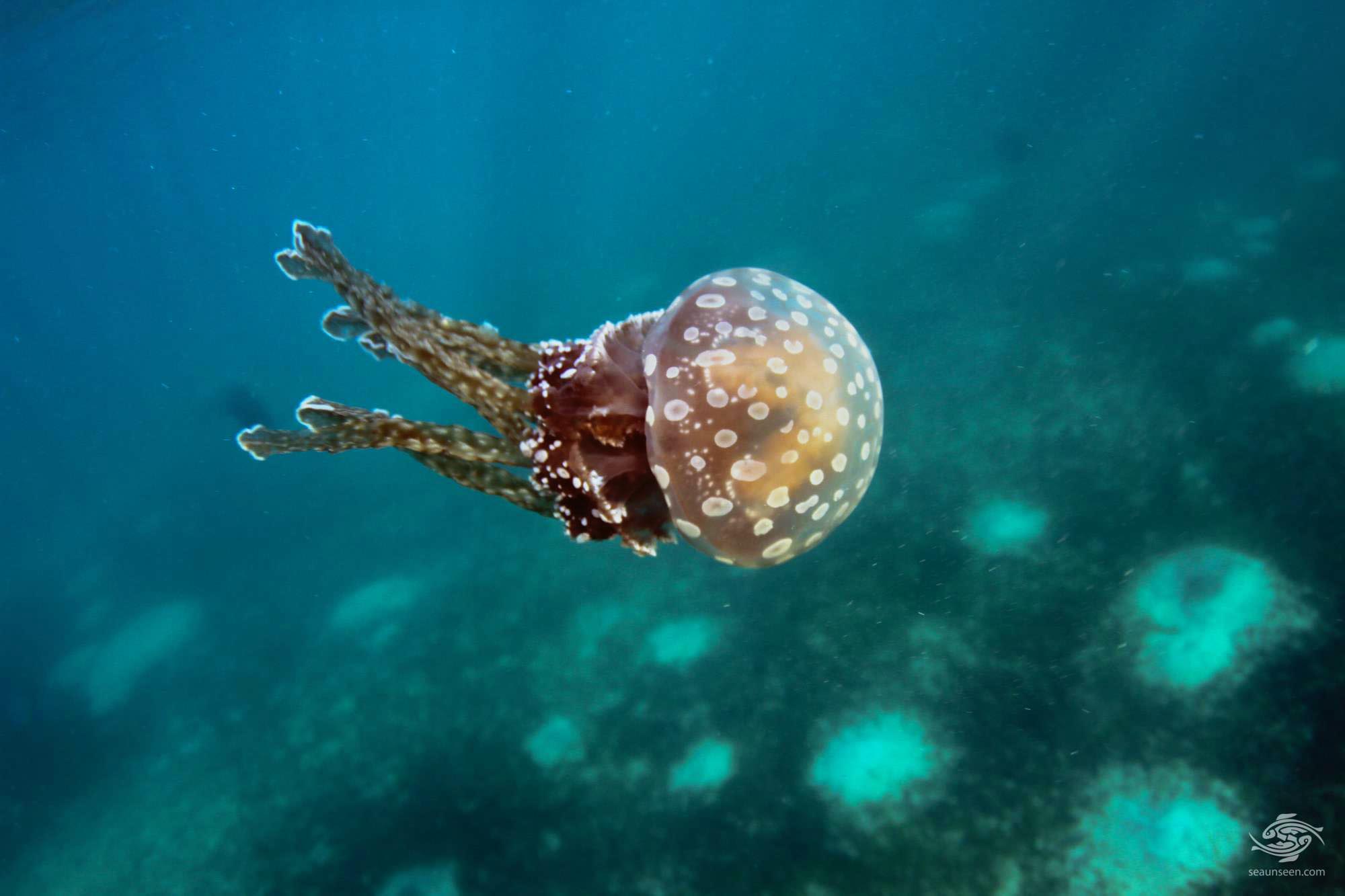 They have a symbiotic relationship with zooxanthellae which live in the mesoglea. These zooxanthellae provide them with approximately 70 percent of their energy. The balance of their nutrients come from catching plankton. Their mouths on the arms engulf  plankton and these are then passed up into the gastovascular cavity via canals along the arms. 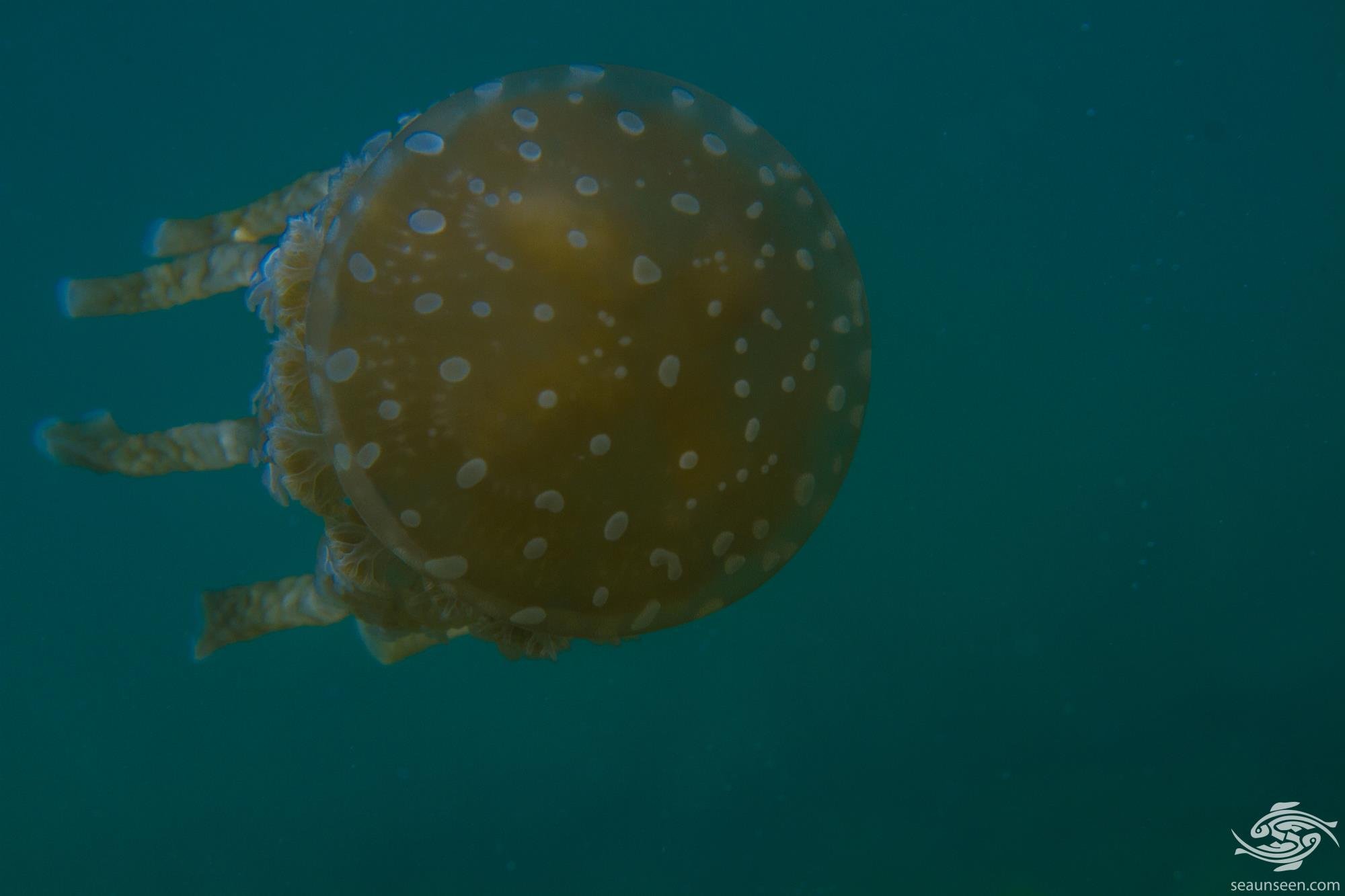 Jellyfish or sea jellies can reproduce through both sexual and asexual reproduction. During the Medusa stage specialized organs known as gonads form either eggs or sperm. In some species, female jellies release eggs into the water table and these are fertilized by sperm released by the males. In others the eggs are fertilized in the stomach of the female when the sperm released by the males swims into the females stomach and then fertilize them there.

The eggs hatch into larvae known as planula with cilia on them allowing them to swim. These attach themselves onto a firm substrate and develop into polyps called scyphistomae. The polyps produce numbers of ephyra, that detach and swim off to grow into the medusa stage. The polyps can also bud asexually producing other polyps. 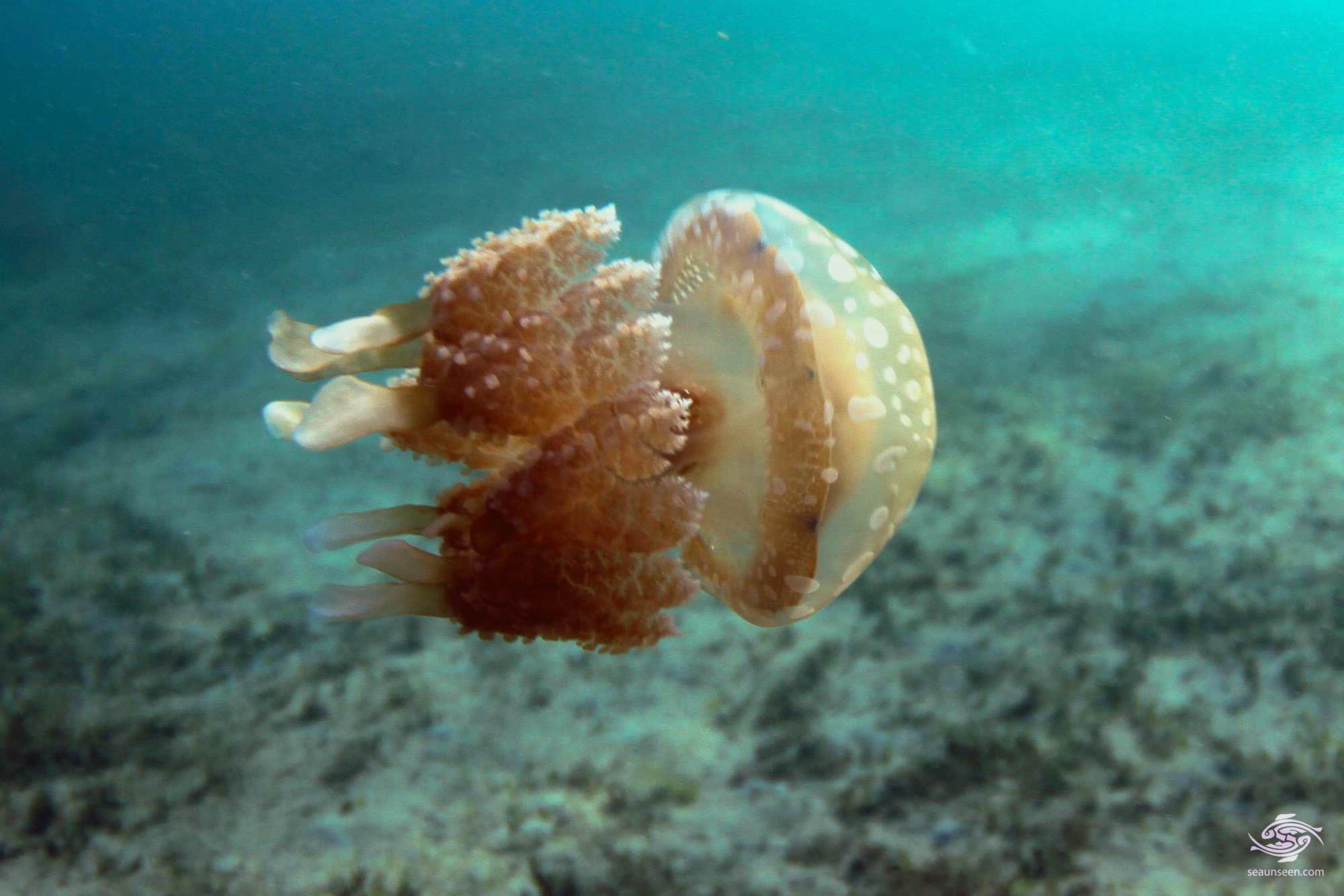