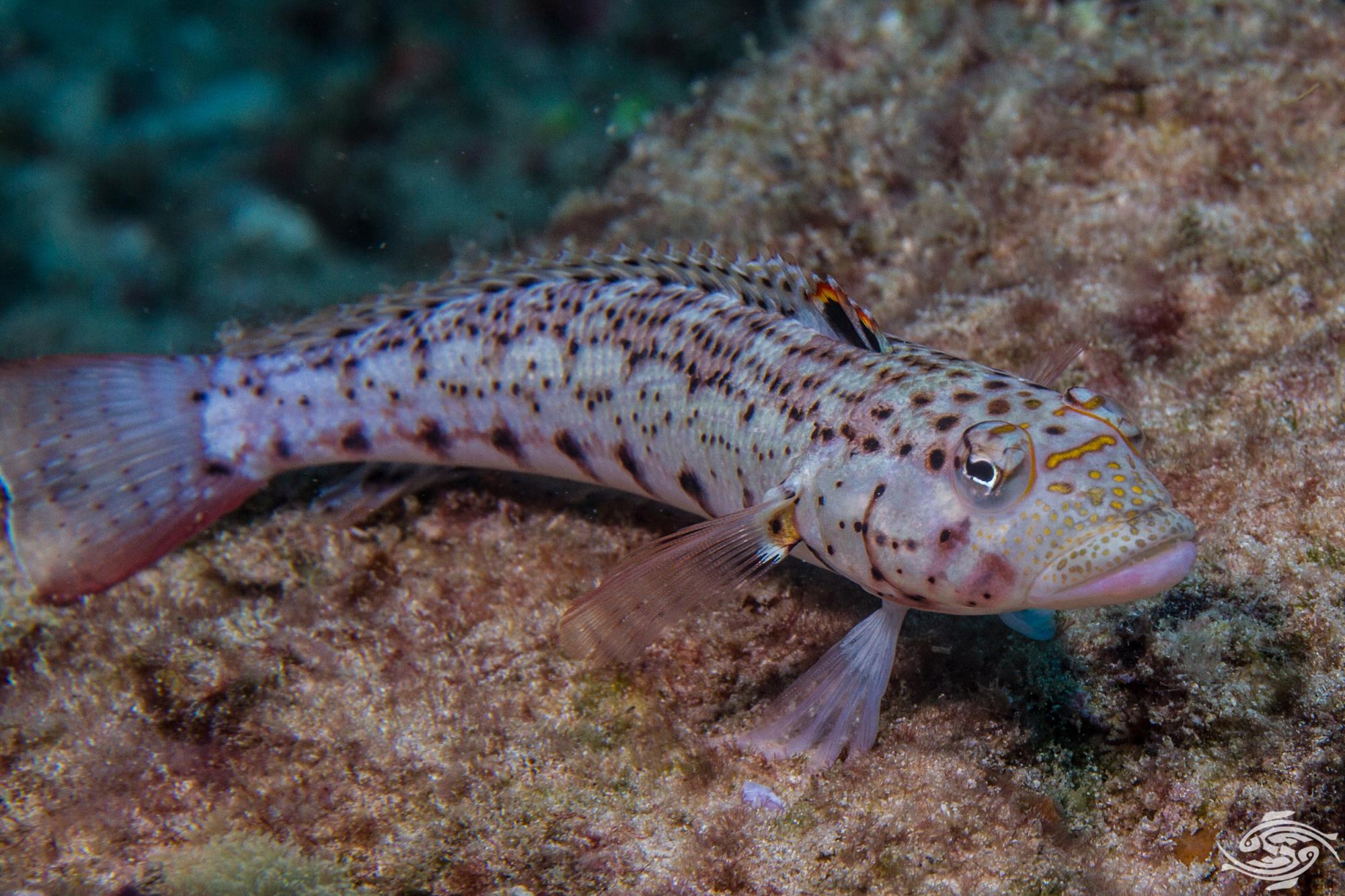 The Spotted sandperch, Parapercis punctulata is a common inhabitant of the rubble areas between the reef on the Tanzanian coast. As can be seen in the image above the males are quite attractive looking fish. 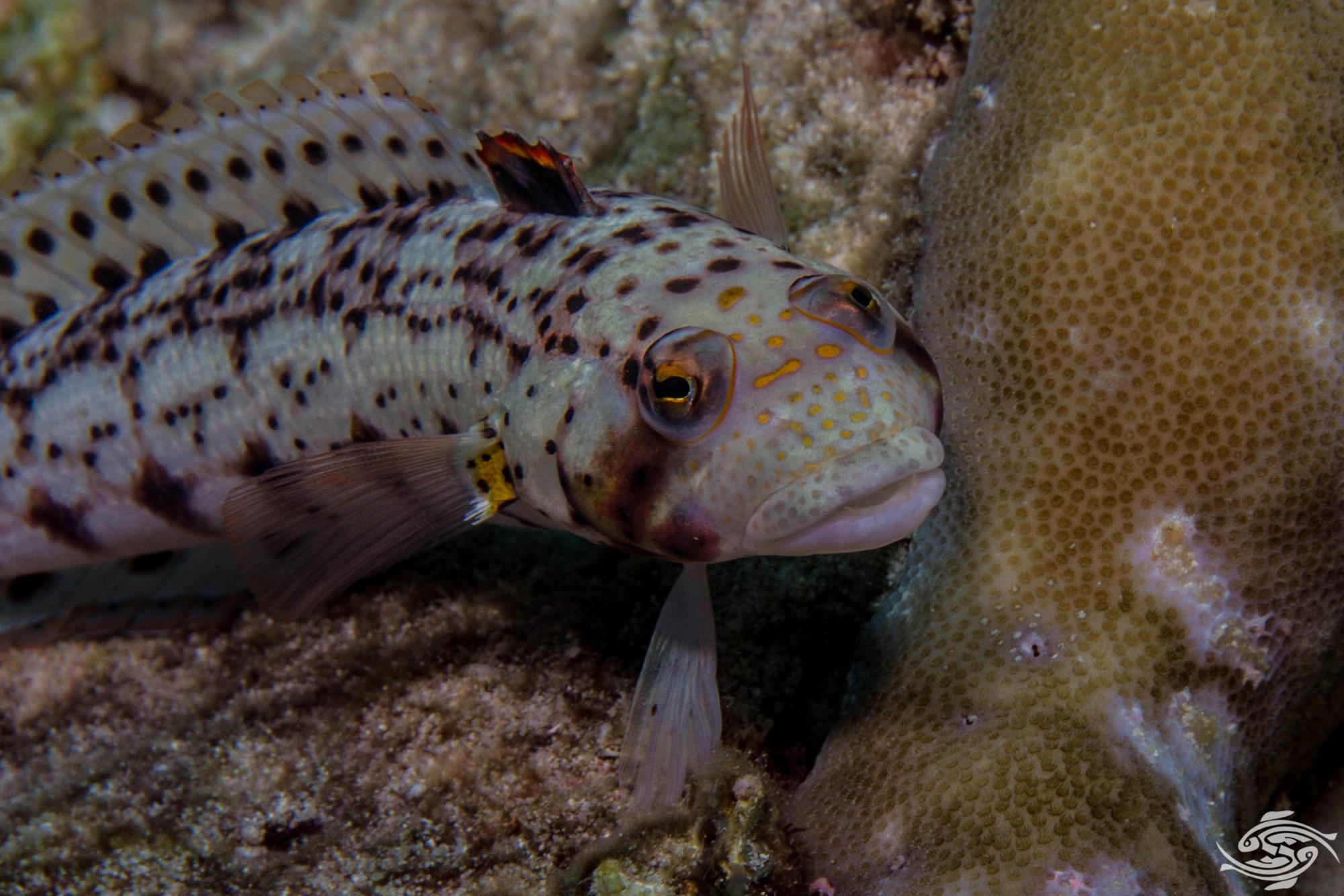 They are sequential hermaphrodites, starting their adult lives as females and later becoming males, probably triggered by social cues. The females often have a brown marking over the eyes and have three brown black dots low on the lower body just behind the pelvic fins. These can be seen in the image below. The upper body is covered in brown back dots and blotches and a series of yellow to brown vertical bars extend back across the lower portion of the body. The dorsal fin has a  brown marking with yellow dots along the first few spines. Two rows of brown dots extend backwards between the spines. The anal fin has a series of brown dots between the spines.

The males have similar coloration with the three black dots being absent and thin yellow lines around the eye and across the forehead. Yellow blotches extend down onto the lips. The brown and yellow markings on the first spines of the dorsal fin are more prominent. There is a yellow spot on the base of the pectoral fin. Males are slightly larger than the females and the nose area is slightly longer on a proportional basis. Females are roughly around 8 cm and males grow up to 15 cm but 12 cm is more common. 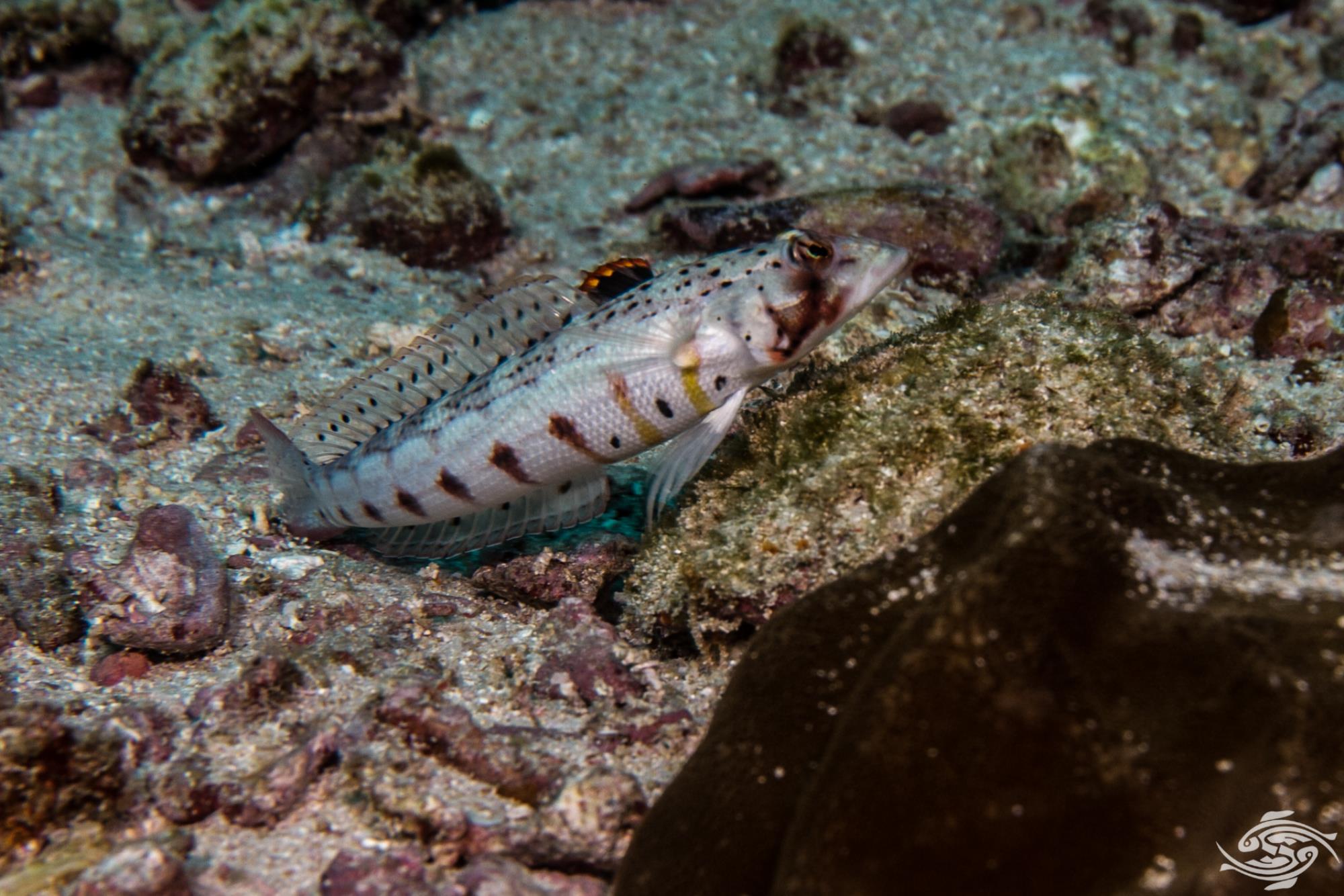 The Spotted sandperch are usually seen on sandy areas and rubble between the reef, They sit on the bottom perched on their pectoral fins and make dating dashes upwards. They appear to have exceptionally good eyesight. When approached by a diver they will usually sit on the bottom but if one gets too close they will dart off, sometimes under small stones. 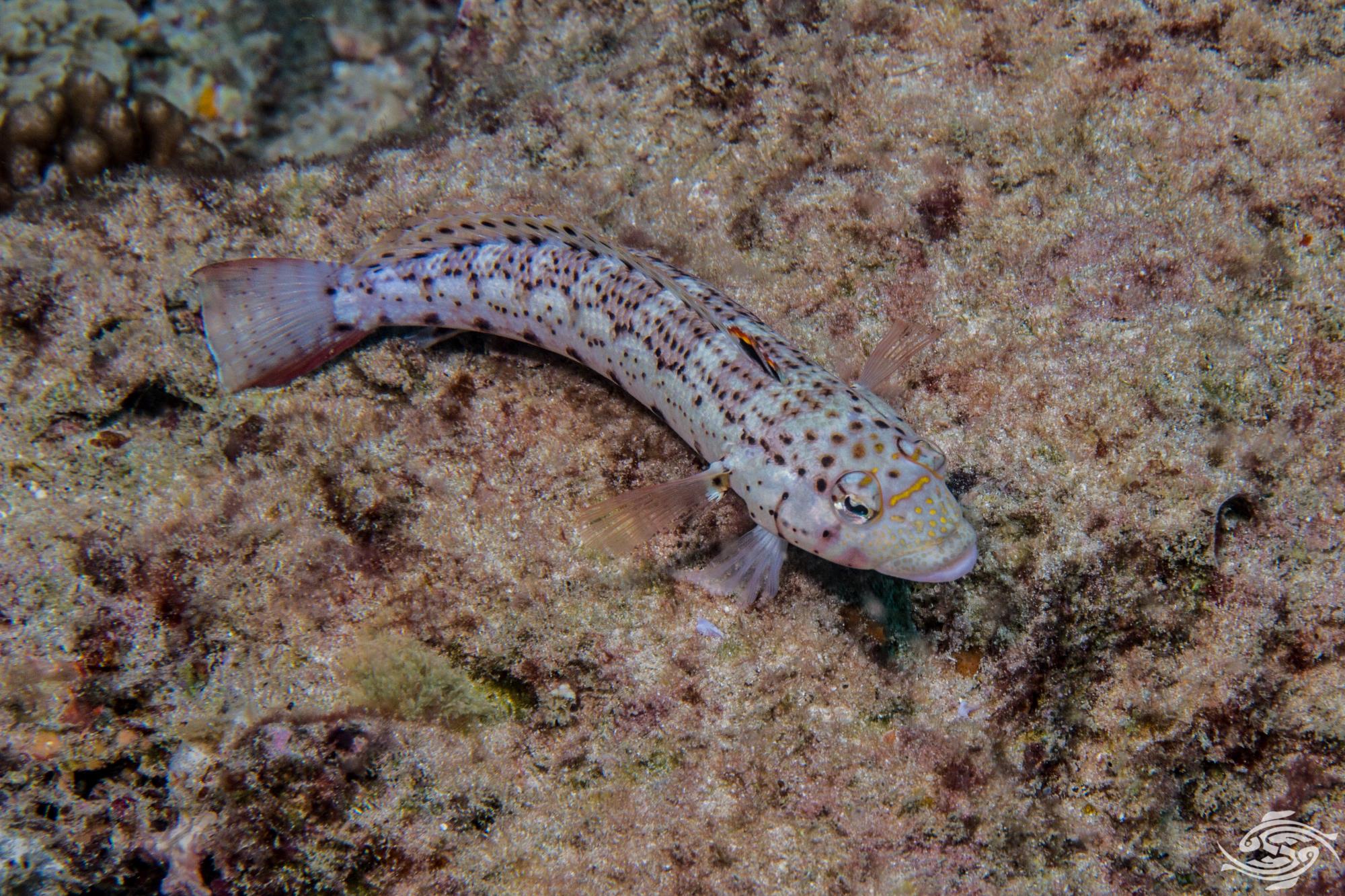 The Spotted sandperch is found across the Indo Central Pacific area. They are usually found on sandy and rubble areas in-between reefs. Commonly seen at around 12 to 18 meters . 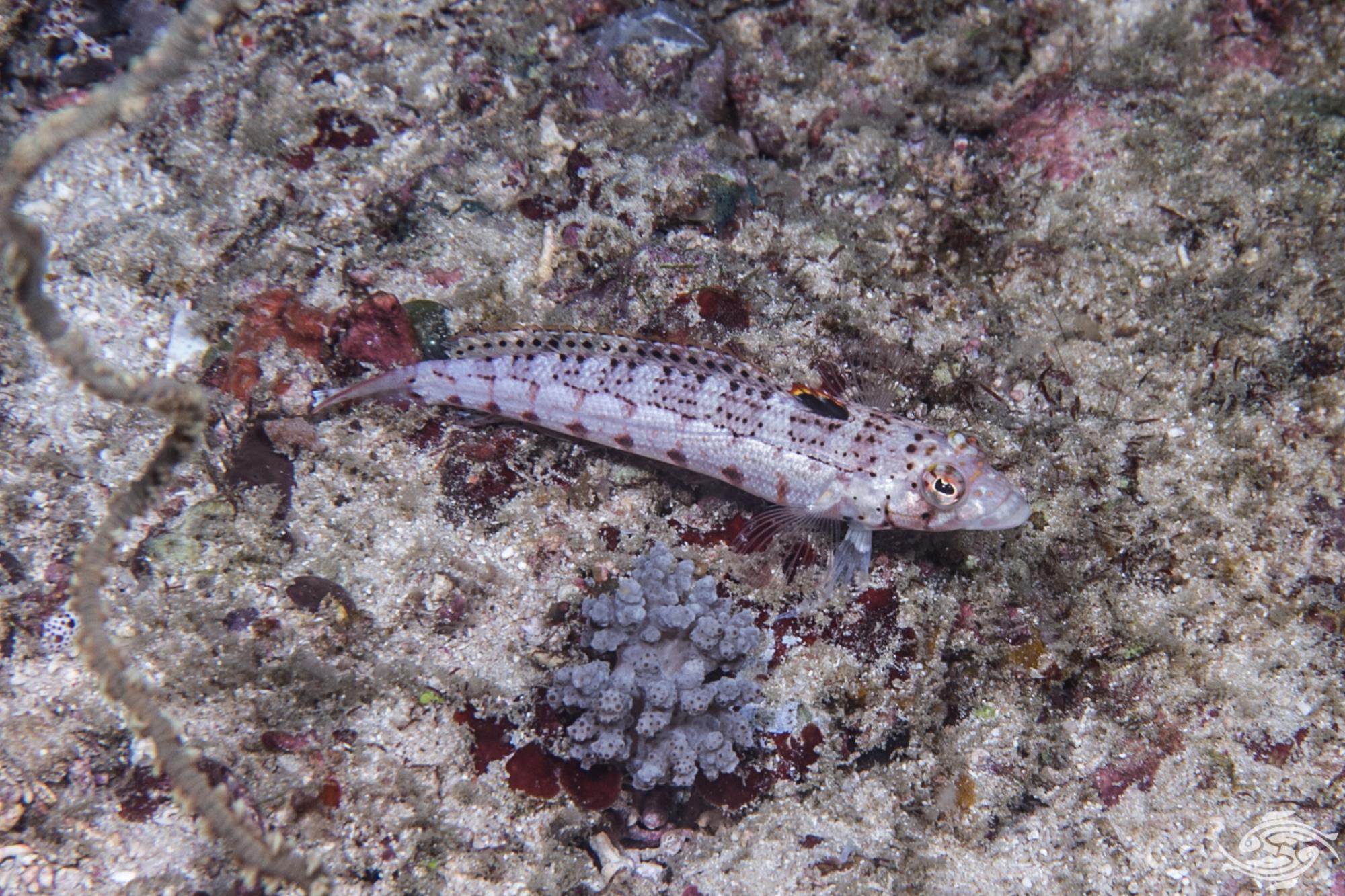 The Spotted sandperch feed on zooplankton, small crustaceans and fish.

Little is known of this species mating habits. 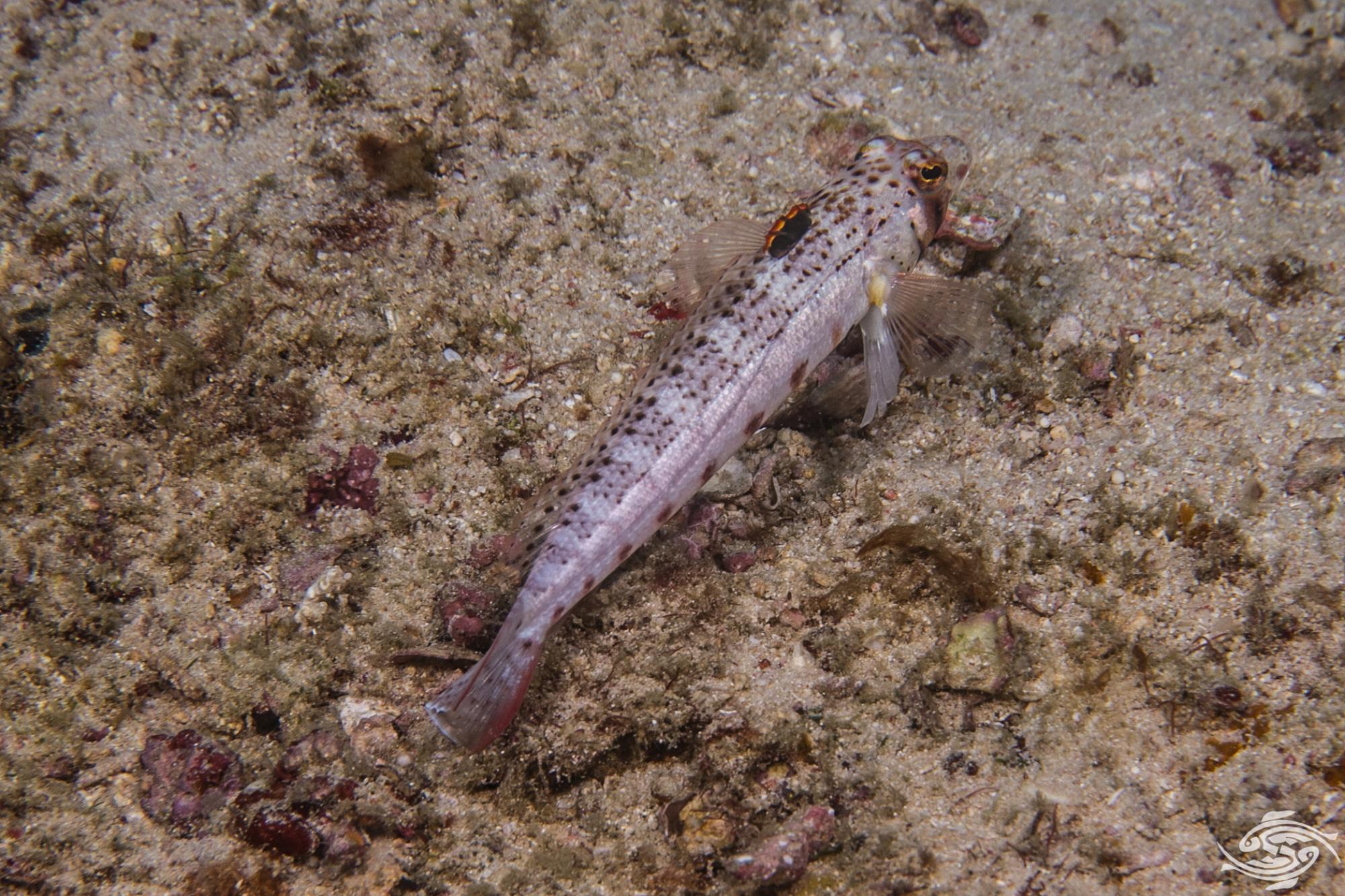 Spotted sandperch  are ambush predators and are not commonly kept in aquariums.