Starfish also known as Sea Stars are Echinoderms of the class Astoroidea and usually have five arms although some species have up to forty. Scientifically they should be called Sea Stars as they are not fish. But the name sticks for the moment, although there are efforts to change the name to make it more scientifically correct. They have a bony calcified skin which provides protection and in some cases camouflage.

The mouth is situated on the underside and they feed on a variety of foods. These range from microalgea, sponges, snails, bivalves, small animals and even detritus. Interestingly the stomach of most starfish has the ability to expand outside the mouth. The stomach then digests food by enveloping the prey. 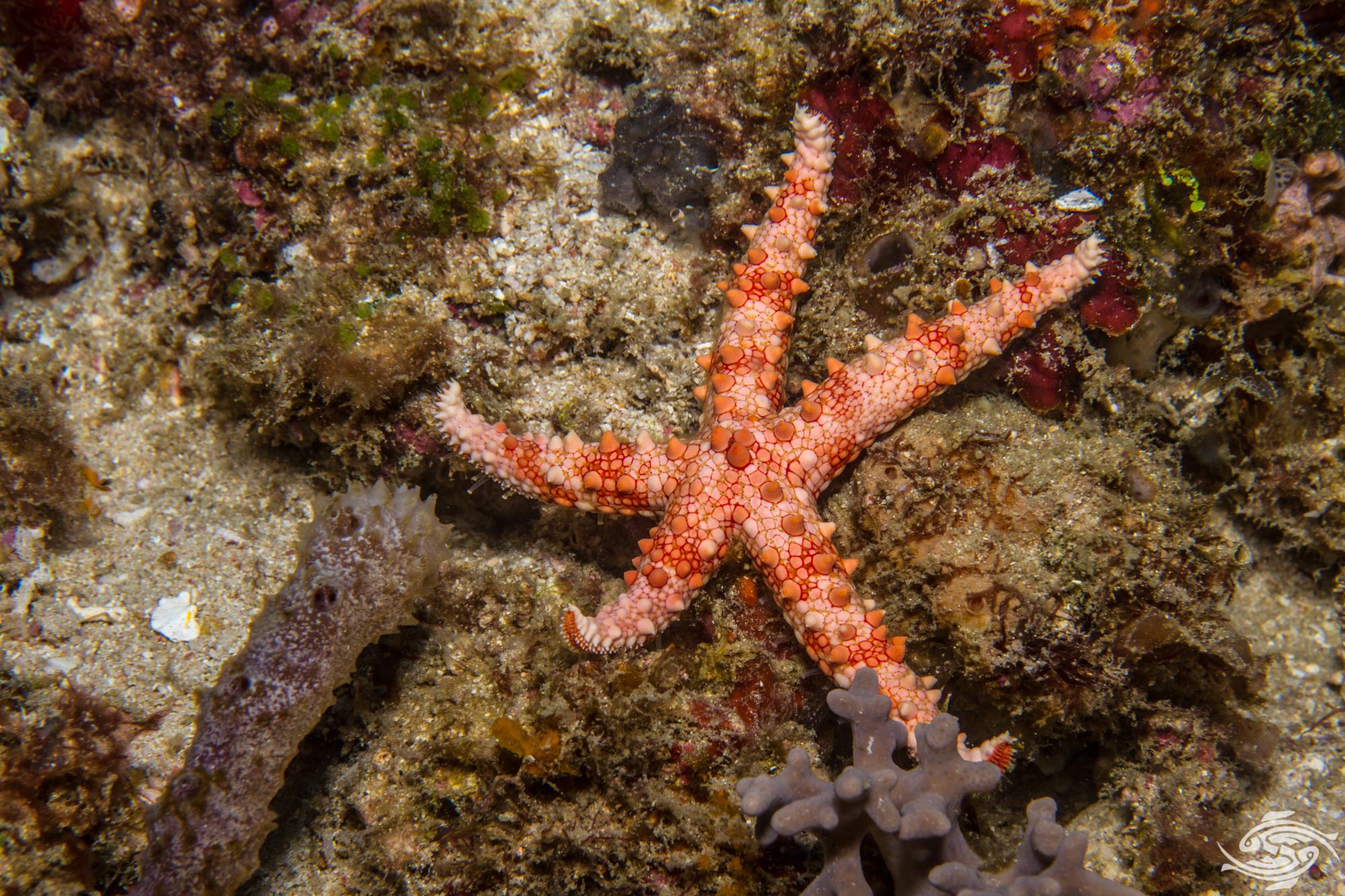 The Crown of Thorns Starfish (Acanthaster planci) is probably the most famous starfish. They are well known for the damage that they can do to a Coral Reef when the population expands. This can easily occur given that a single starfish can produce up to 60 million eggs a year. Perhaps not as well known is the fact that its spines contain venom. This venom can cause pain and swelling as well as hemolytic damage, that is regarded as a serious medical condition. Divers should avoid contact with them and seek medical treatment immediately if the spines penetrate the skin.

Perhaps one of the more interesting things about Starfish are their regenerative abilities. They can, given time, regrow legs that have been lost and some can even regenerate a complete body from a piece of leg. This process is not well understood but is thought to relate to the Starfish stem cells being able to continually reactivate themselves in the correct fashion.

Many Starfish are nocturnal and hide during the day and only come out at night and as a result are not often seen. Some species are remarkably colorful and attractive as you can see in our gallery.