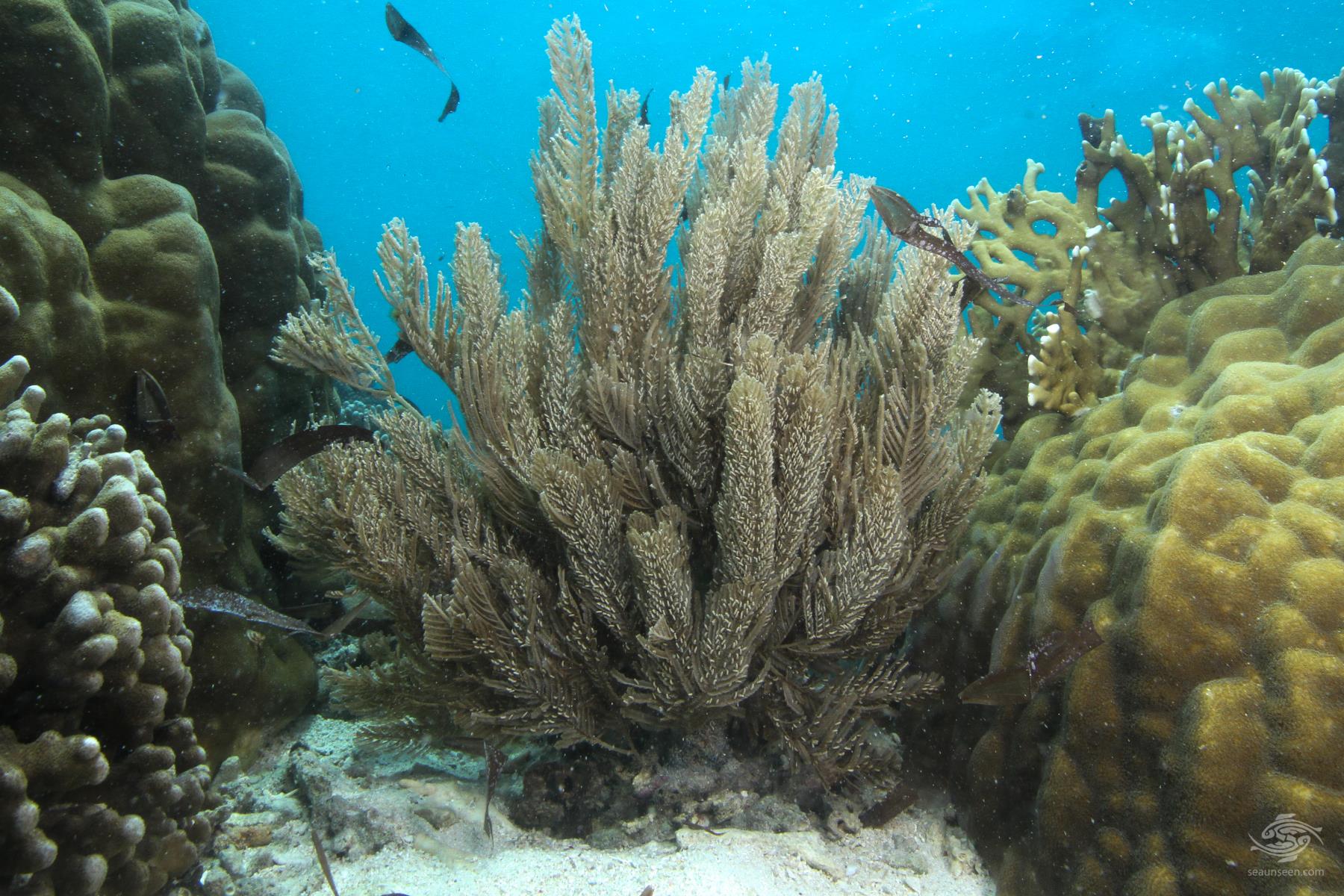 It may look like a plant, but Aglaophenia cupressina is actually a stinging hydroid. Commonly known as feather fireweed, fire hydroid, stinging seaweed or simply fireweed. Brush against it and you might not feel any pain at first. After fifteen minutes or so you will feel a burn and some pain and you are likely to have a rash in the area that will irritate you for ten days.

When scuba divers are given their dive briefing and warned to only leave bubbles and not to touch or break anything, it is not only the possible damage to the reef that they need to be concerned about. Some organisms in the sea can be very painful to the touch. Fireweed is one organism that you do not want to brush against with bare skin and it is a good idea for divers to know what it looks like.

They resemble a fern with branches up to a maximum of 60 cm in height and are brownish yellow in color. The branches have nematocysts or stinging cells on them. Nematocysts are similar to a tube that has been pulled inside out into its self, with a sharp point and has a mechanism to pump poison through the end of the point.

Nematocysts are extremely small, about 0.001 mm in diameter. There is a trigger on the exterior of the body and when this trigger is activated either chemically or physically, the tube or tubule as it is known inverts its self. It pushes outwards with quite some force pushing the point into the prey. Poison is then pumped down the tubule into the prey. 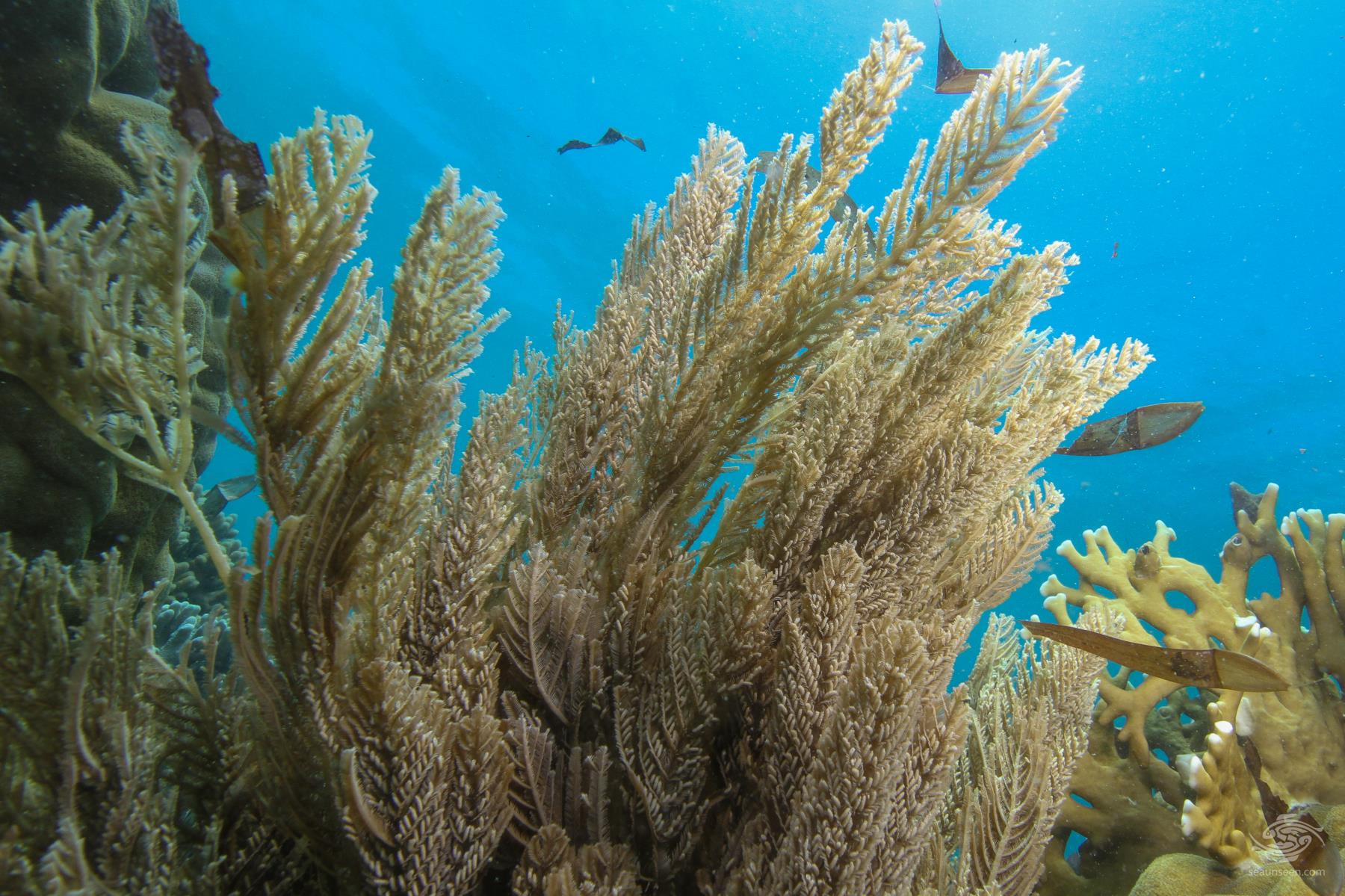 Fireweed is found across the indo pacific area and are often found in the rubble around coral reefs and on the reef edges. They also grow on wharves and in rocky caves and sometimes on fishermen’s ropes or mooring ropes that are left in the sea for too long. 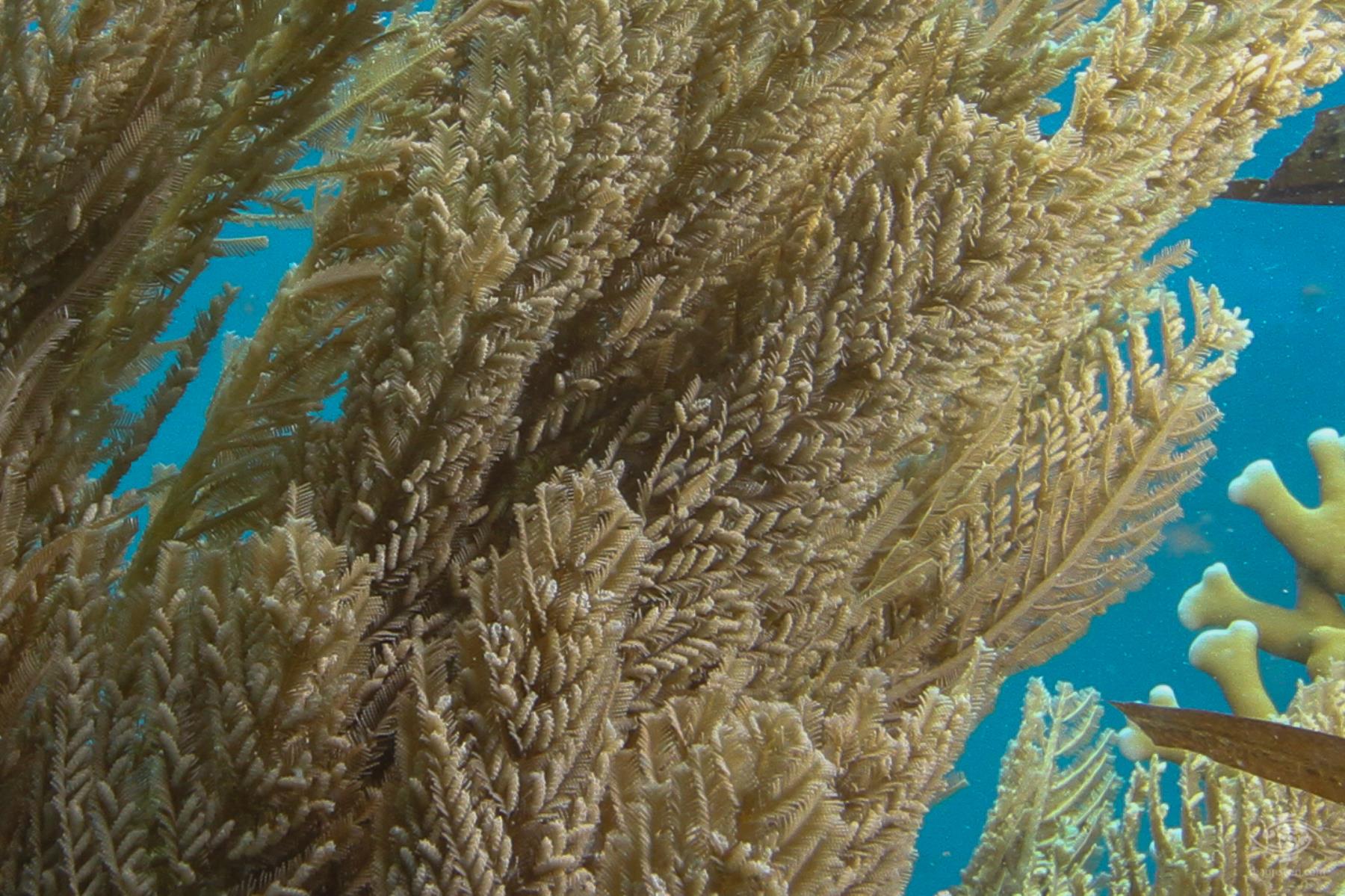 They are filter feeders and feed on plankton and other small creatures floating in the water relying on the stinging cells to sting the prey and then pull it closer for digestion.

As with other hydroids they have several stages in their life cycle. On the branches of the hydroid in the images, small capsules may be seen. These capsules mature into the medusa stage of the hydroid which is some 2cm in width. They then swim around and release eggs and sperm. This results in a planula that swims to a substrate and grows and becomes the organism in the images. 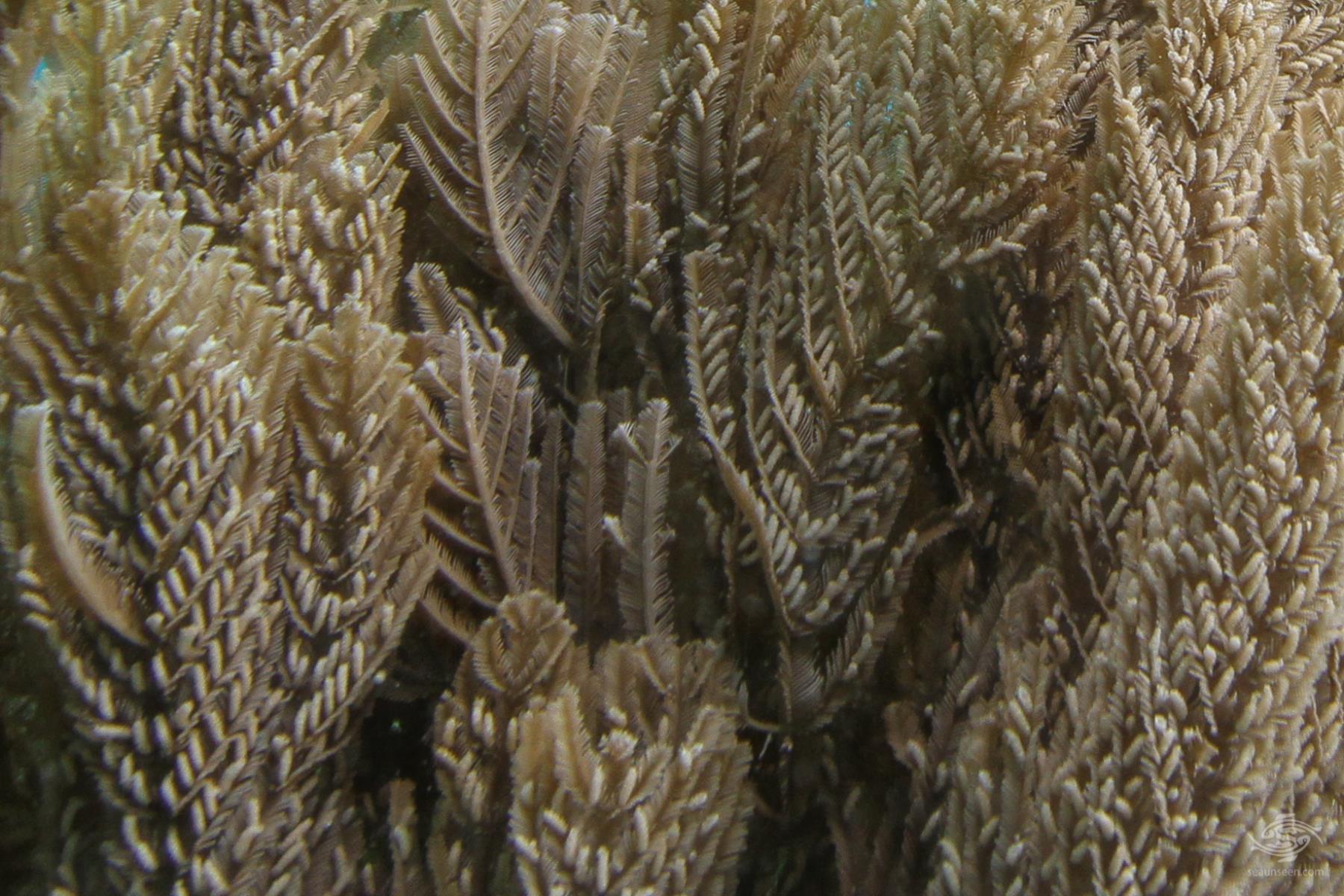 HOW TO AVOID BEING STUNG

When swimming in tropical waters it is best to wear at least a lycra suit or wetsuit, if you do not you will be stung by many different unknown creatures. While most of the stings are relatively painless, every now and again you will get a painful sting. It is best to know what fireweed looks like and to avoid touching it.

IF YOU ARE STUNG BY FIREWEED

The effects are relatively mild compared to many other stinging sea creatures, it will burn and irritate you but that is probably all it will do. Very few studies have been done on these creatures and the exact nature of the venom does not seem to be known.

It is recommended that you wash the area off with seawater and vinegar which is slightly acidic. This prevents any of the nematocysts and tubules left in you from discharging any more poison. Sensibly from all the other research carried out into similar poisons, hot water as hot as you can take it will almost certainly assist by breaking the poison’s protein chain up. A topical antihistamine will help as well. 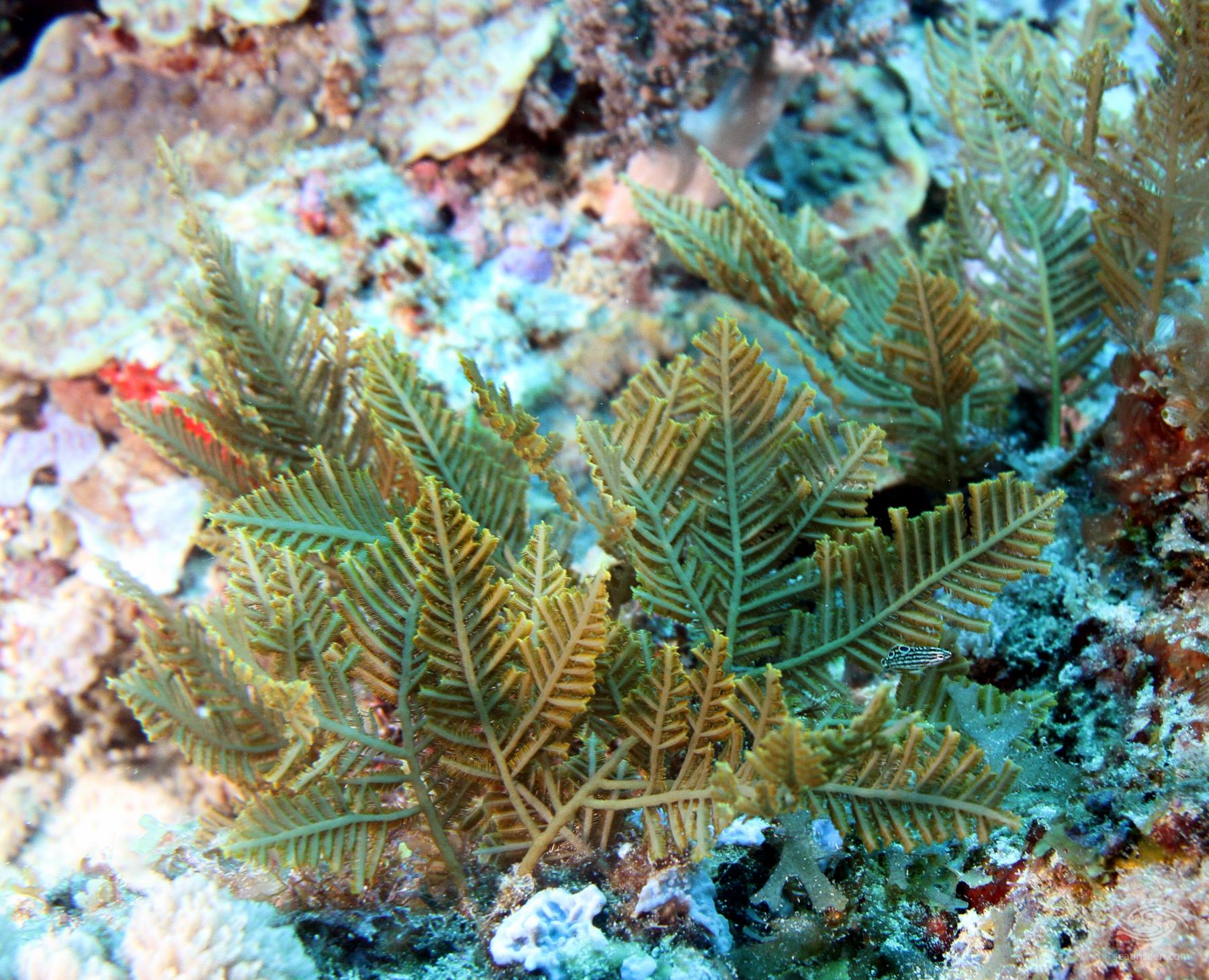