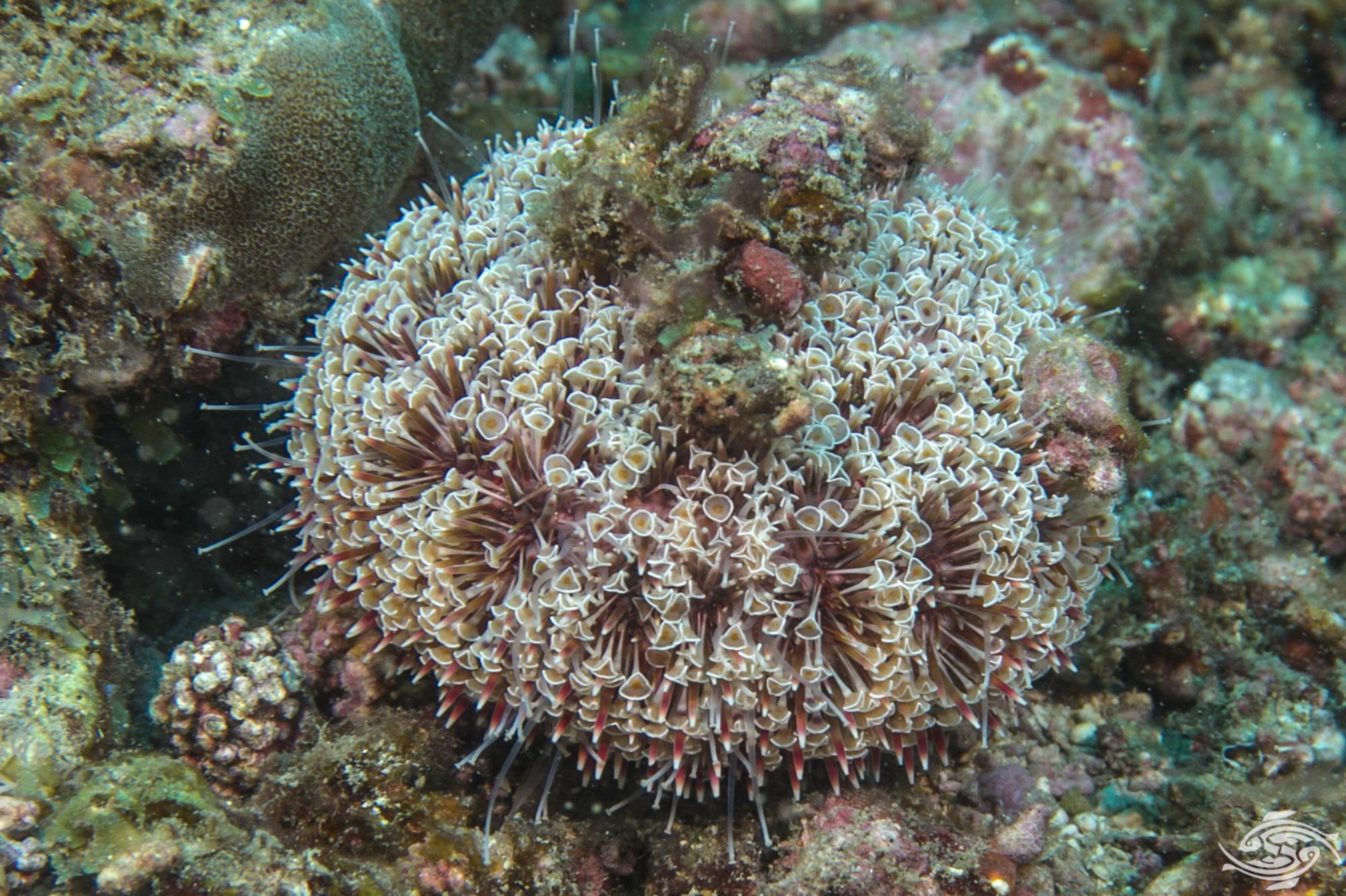 The Stinging sea Flower urchin, Toxopneustes pileolus may look pretty but it is not something to be touched.  When scuba divers are given their dive briefing and warned to only leave bubbles and not to touch or break anything, it is not only the possible damage to the reef that they need to be concerned about.

Some organisms in the Stinging sea can be very painful to the touch and the flower urchin could potentially be lethal to a scuba diver. Contrary to what one might think, the poison is not from the spines but rather from the pedicellariae or triangular shaped arms that can be seen in the images. 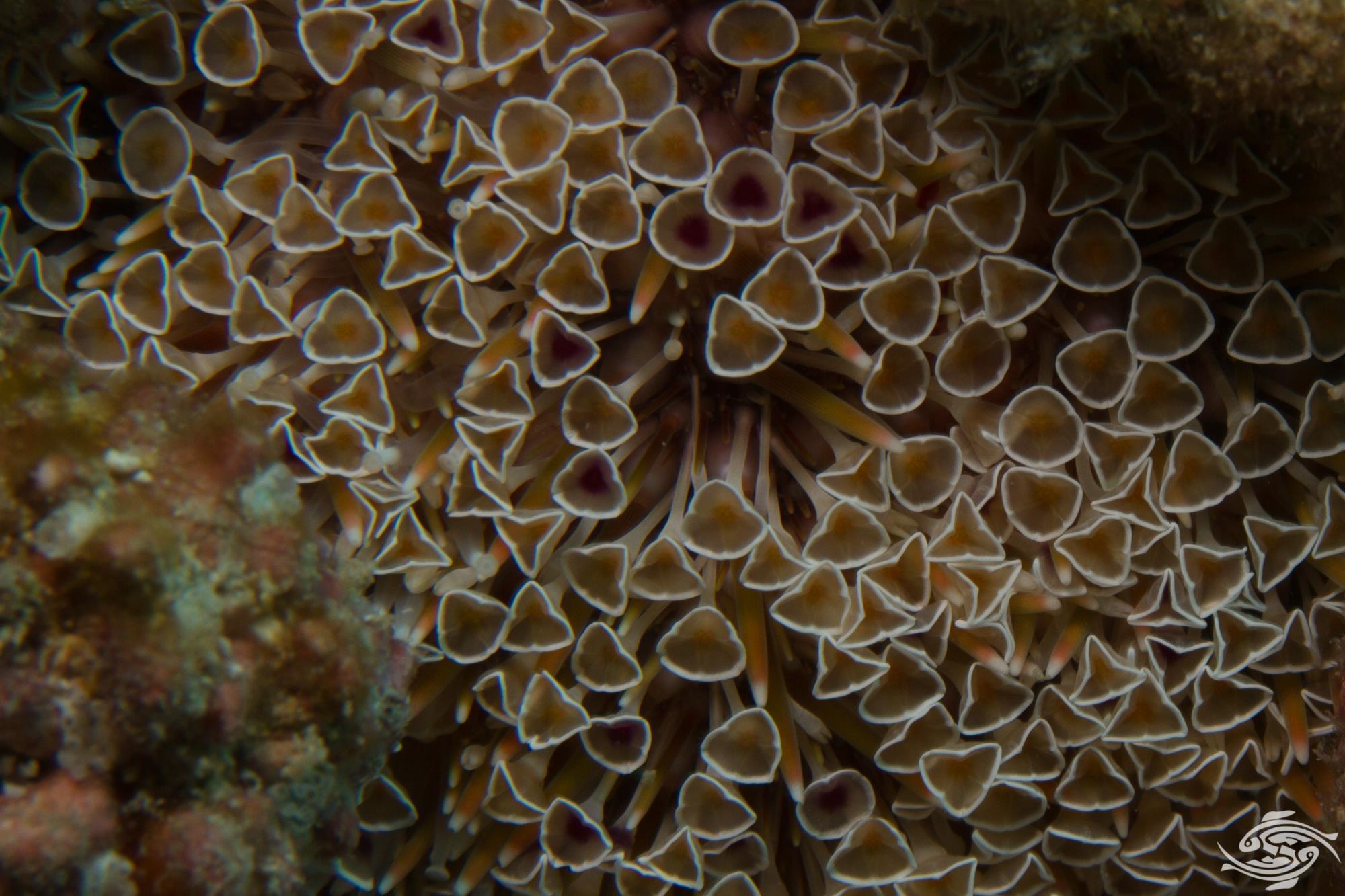 These contain stinging appendages that attach onto one and inject poison. There seem to be two major components to the poison. These cause pain, interfere with transmissions on nerve endings ( which causes paralysis) and causes contractions of smooth muscles.

The Japanese Marine Biologist,  Tsutomu Fujiwara while doing research on a fishing boat picked one of these up with his hand. he describes his experience as follows.

On June 26, 1930, while I was working on a fishing boat on the coast of Tsutajima in Saganoseki, I scooped up with my bare hand an individual of the sea-urchin which had been carried up by a diver with a fishing implement on the water surface from the Stinging sea-bottom about 20 fathoms in depth, and I transferred the sea-urchin into a small tank in the boat.

At that time, 7 or 8 pedicellariae stubbornly attached themselves to a side of the middle finger of my right hand, detached from the stalk and remained on the skin of my finger. Instantly, I felt a severe pain resembling that caused by the cnidoblast of Coelenterata, and I felt as if the toxin were beginning to move rapidly to the blood vessel from the stung area towards my heart.

After a while, I experienced a faint giddiness, difficulty of respiration, paralysis of the lips, tongue and eyelids, relaxation of muscles in the limbs, was hardly able to speak or control my facial expression, and felt almost as if I were going to die. About 15 minutes afterwards, I felt that pains gradually diminish and after about an hour they disappeared completely. But the facial paralysis like that caused by cocainization continued for about six hours.

Clearly this is not an experience that one would want to repeat while on a scuba dive. Although the effects of the poison may not be long lasting, being in pain, semi paralyzed, experiencing difficulty breathing as well as being disorientated is not something that you would want to experience on a dive.

Flower Urchin’s have a rounded shape typical to most Stinging sea urchins and can grow up to 20 cm in width although it is not common to see them this size. The spines are short and have alternating bands of white and red on them. The body is covered in numerous flower like white or pink colored pedicellariae.

These triangular shaped appendages have claws in them which are able to inject a nasty mix of chemicals into one. Flower urchins often collect pieces of debris and cover themselves in it to protect themselves from sunlight. 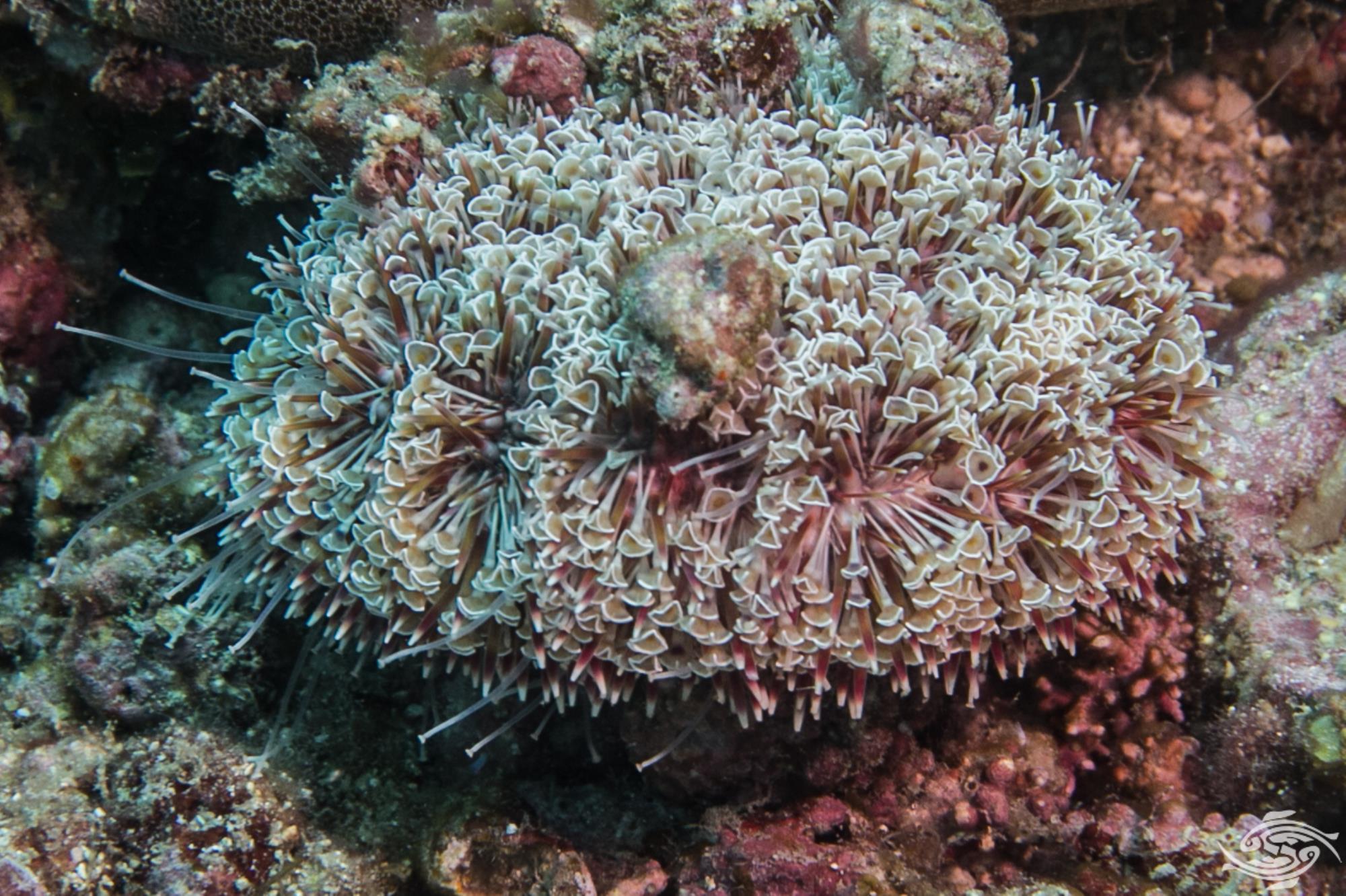 Flower urchin’s are found across the tropical areas of the Indo west Pacific. They frequent the rubble areas around and between coral reefs where there is abundant algae growth. 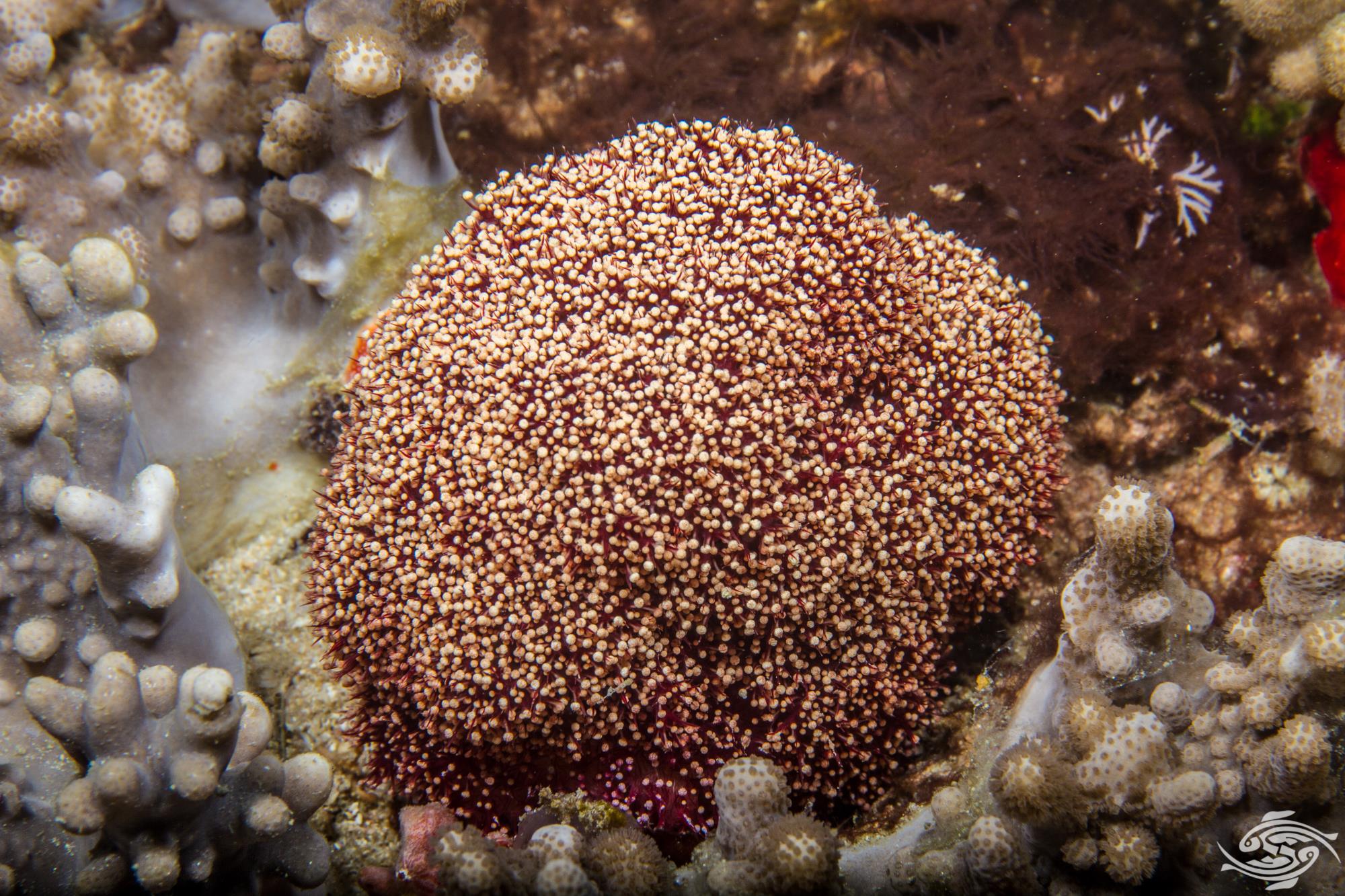 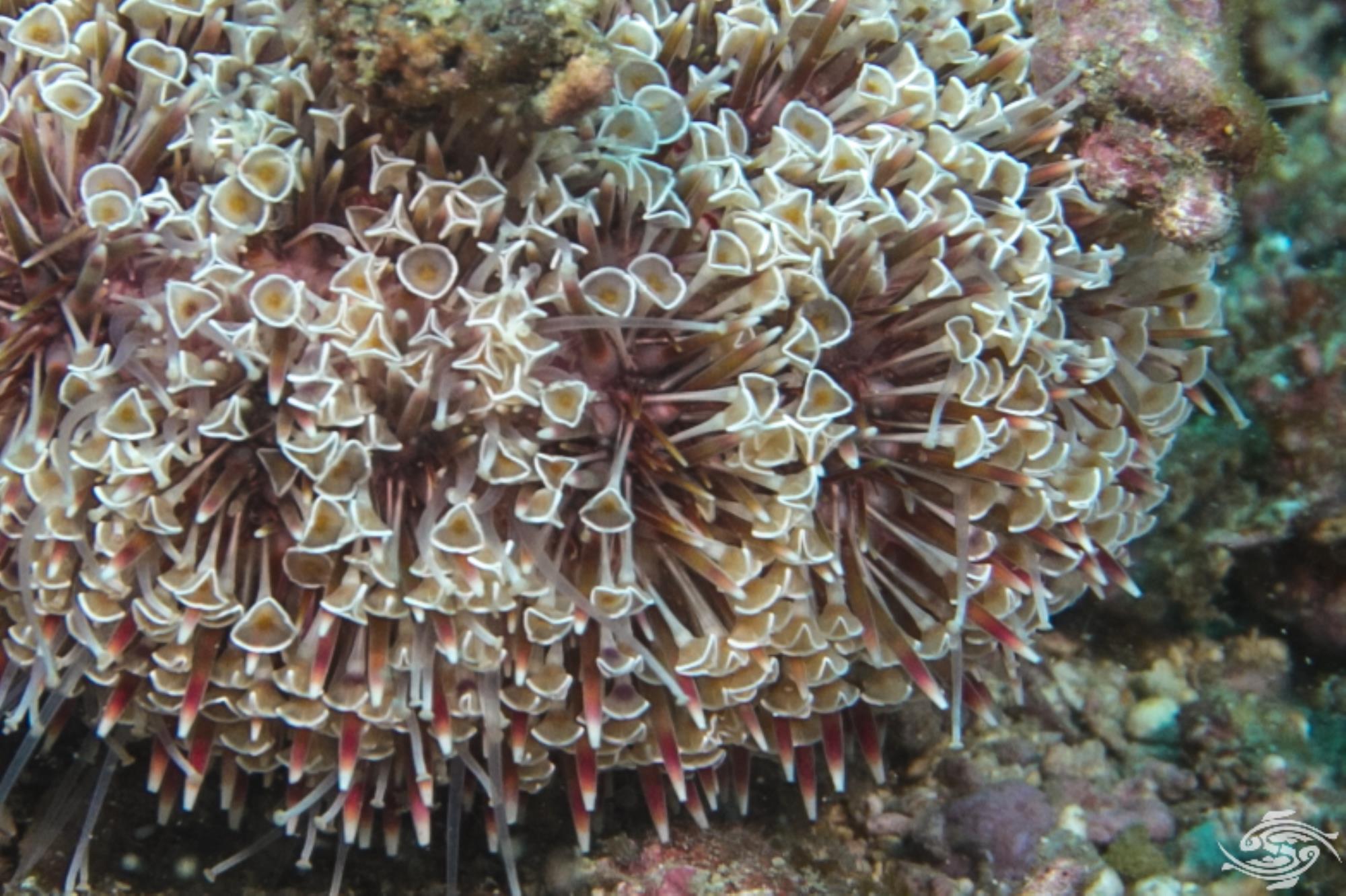 Because of the dangers involved one should simply never touch one of these Flower Urchins. 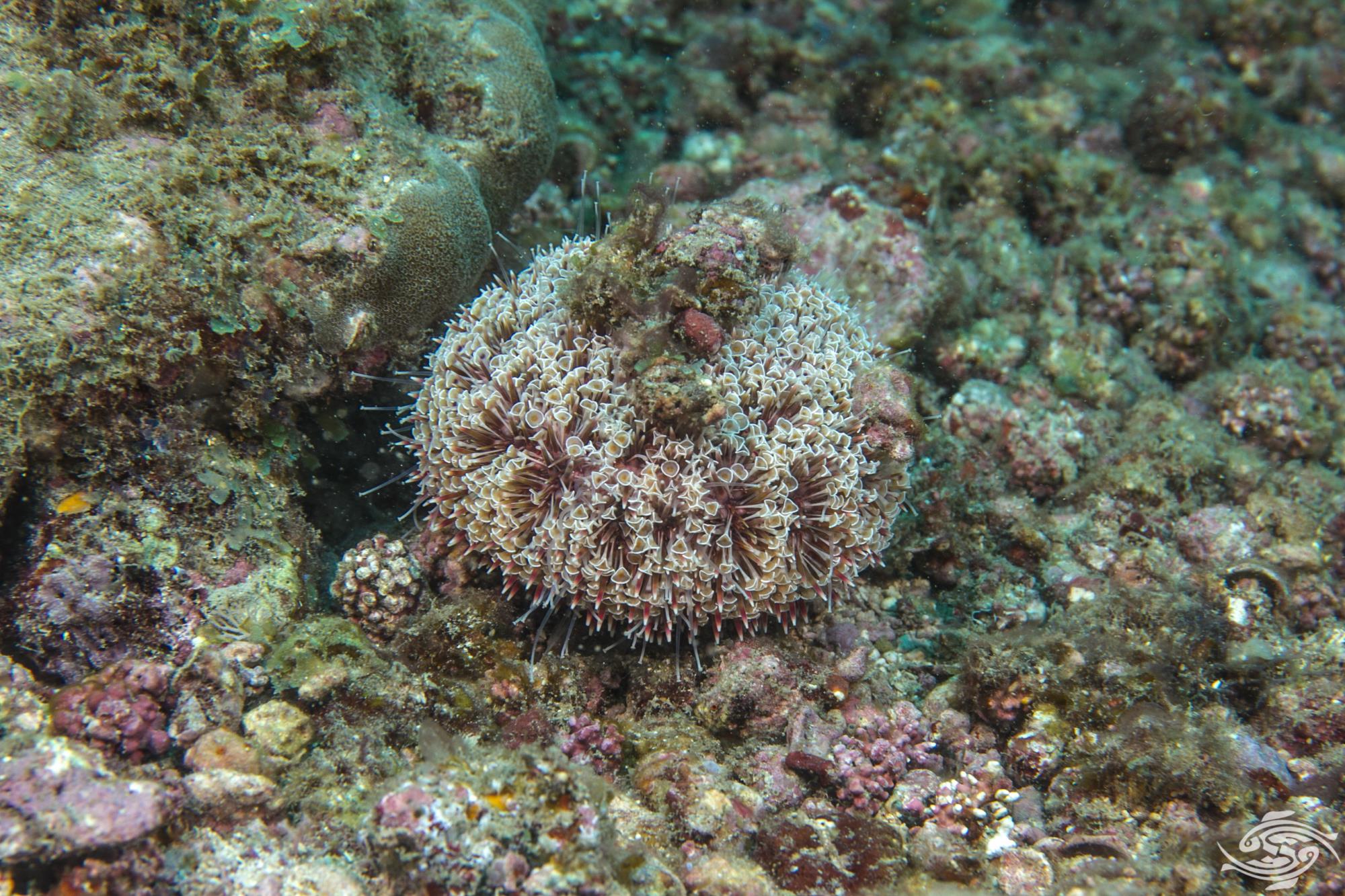 If you are scuba diving the smart thing to do is get to the surface as soon as safely possible. Once the effects of the poison kick in this may not be easy. After that get to a doctor as soon as possible. Any stings attached to the body should be removed as fast as possible to limit poison intake. If medical attention is not available, then hot water as hot as one can take it can be used on the affected area, this because the poison is protein based and heat breaks up the protein chains. 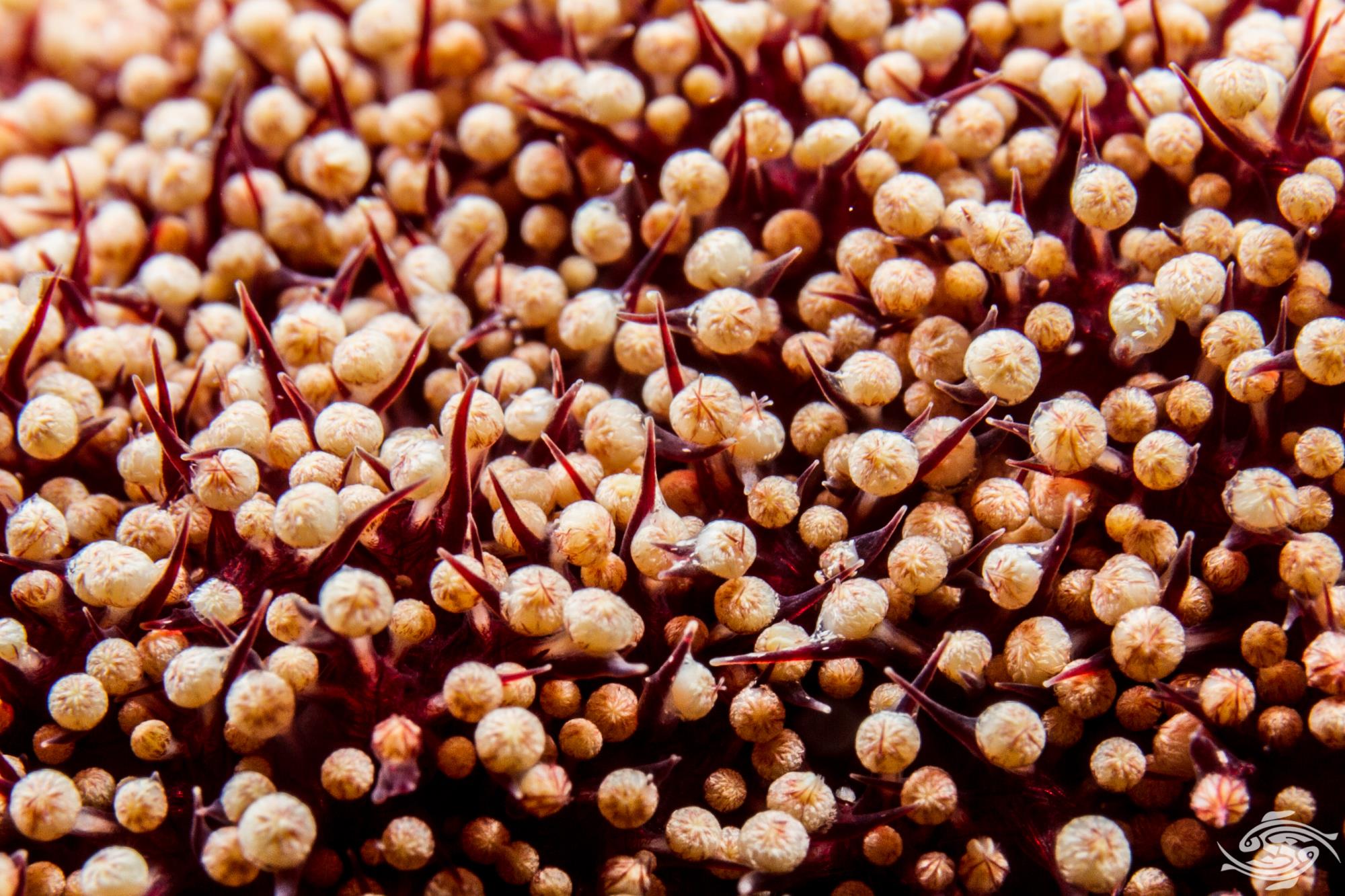