Wookiee Crossed with a Toad 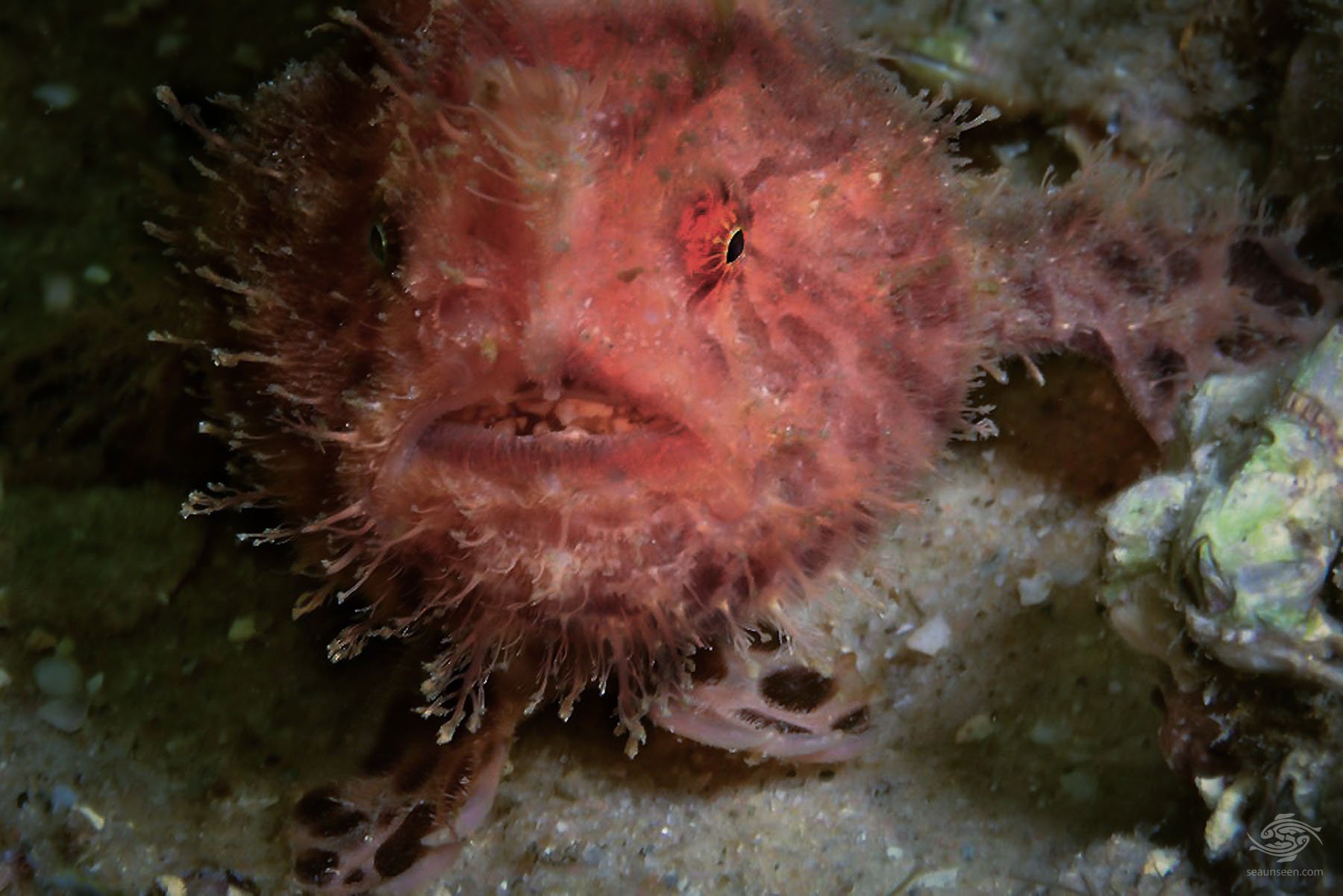 Looking like striated frogfish a cross between Wookiee from Star Wars and a toad, the striated frogfish (Antennarius striatus) does not feature very highly in the beauty stakes. They do however have the ability to change color to suit their surroundings, although this may take a week or two.

Their first dorsal spine has a fleshy worm like appendage on it which bends forwards, used by the fish as a lure to entice prey which comprises of anything that will fit into its rather sizeable mouth which allows it to swallow prey the same size as itself.

Image taken by Hannah Jane using a Nikon D7000 with an Ikelite housing and DS-161 strobes.