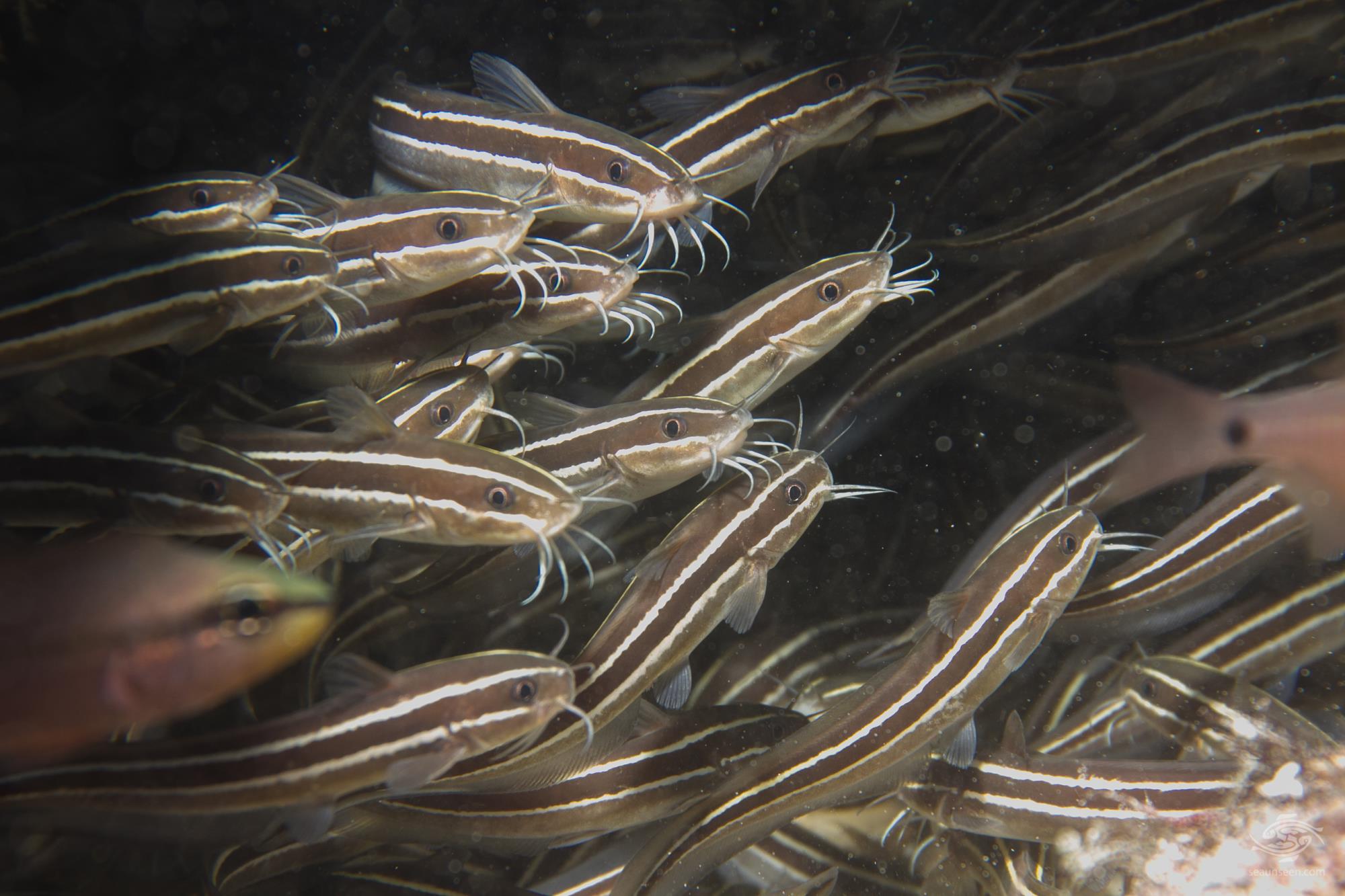 The Striped eel catfish (Plotosus lineatus) also known as the oriental catfish is a species of eel catfish that often congregates in large balls particularly as juveniles. They may look harmless but they have poisonous spines which can be deadly to humans.

Striped eel catfish  are responsible for many cases of envomation with fishermen in the Gulf and the Red Sea area. More on that later. 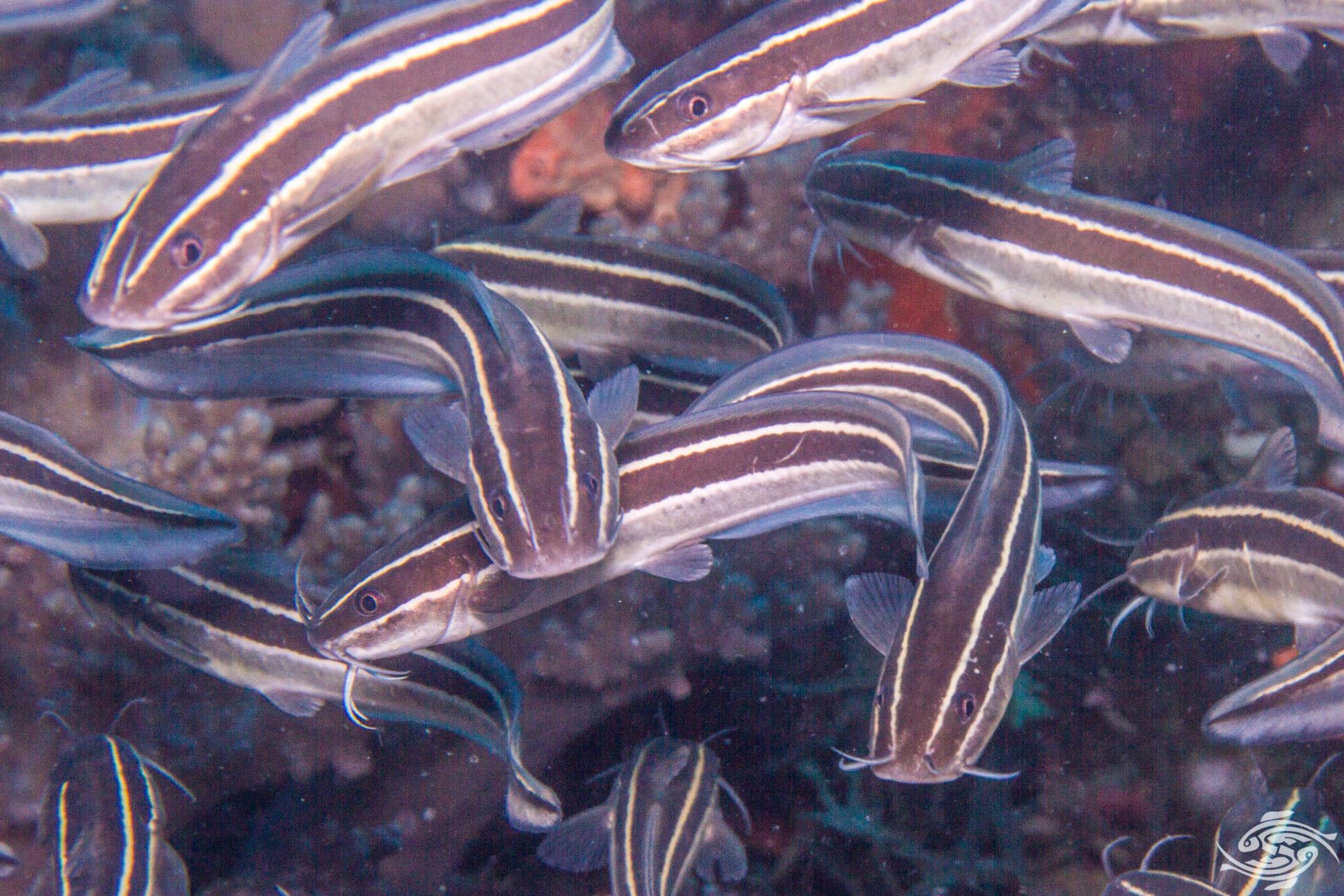 The first dorsal and each of the pectoral fins have highly venomous spines on them that can be dangerous or even fatal to humans. 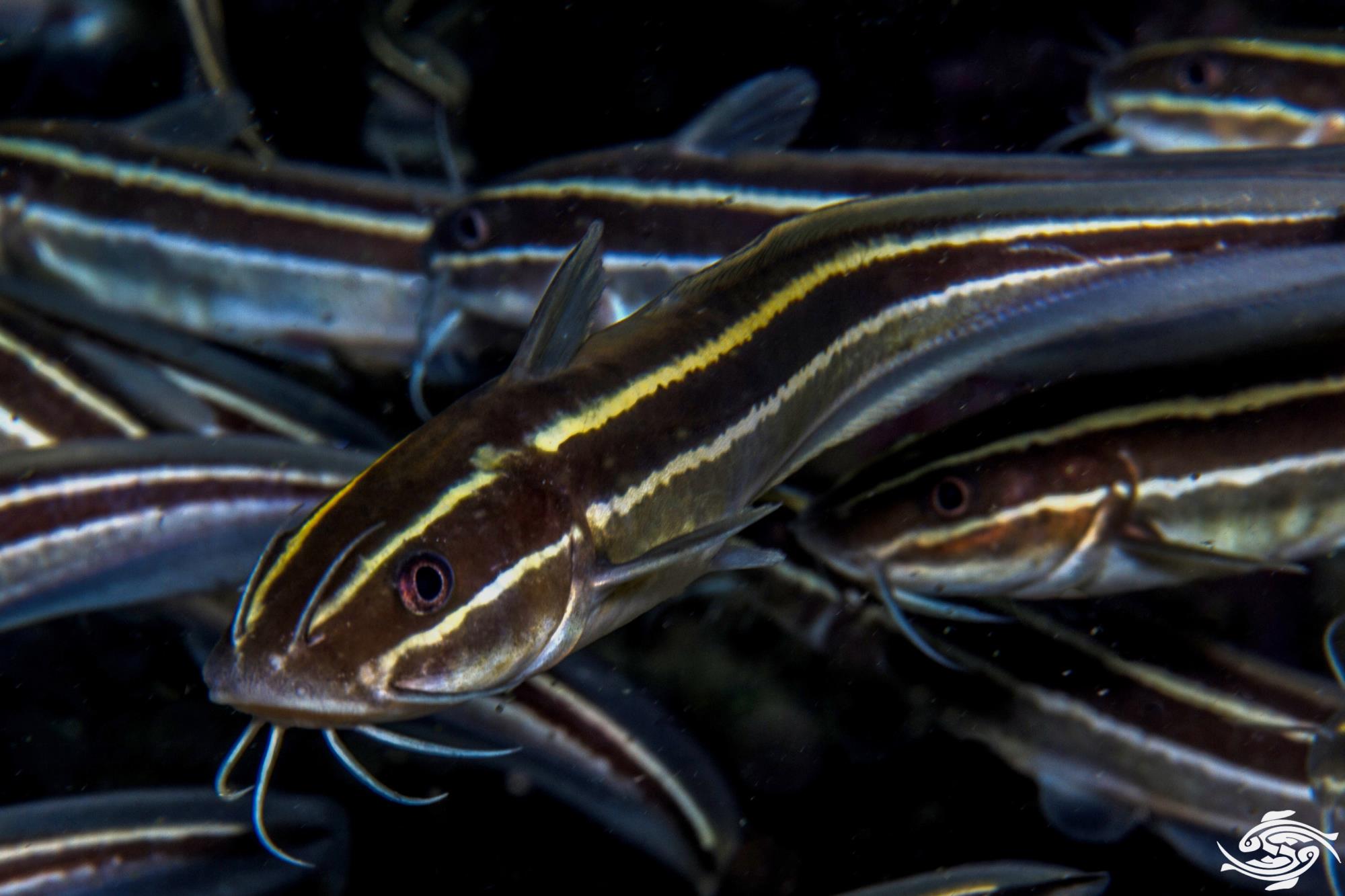 As a juvenile, the upper section of the body is a dark brown color and on each side of the body two white stripes run the length of the body above and below the eye. The stomach area is a lighter colored brown color. 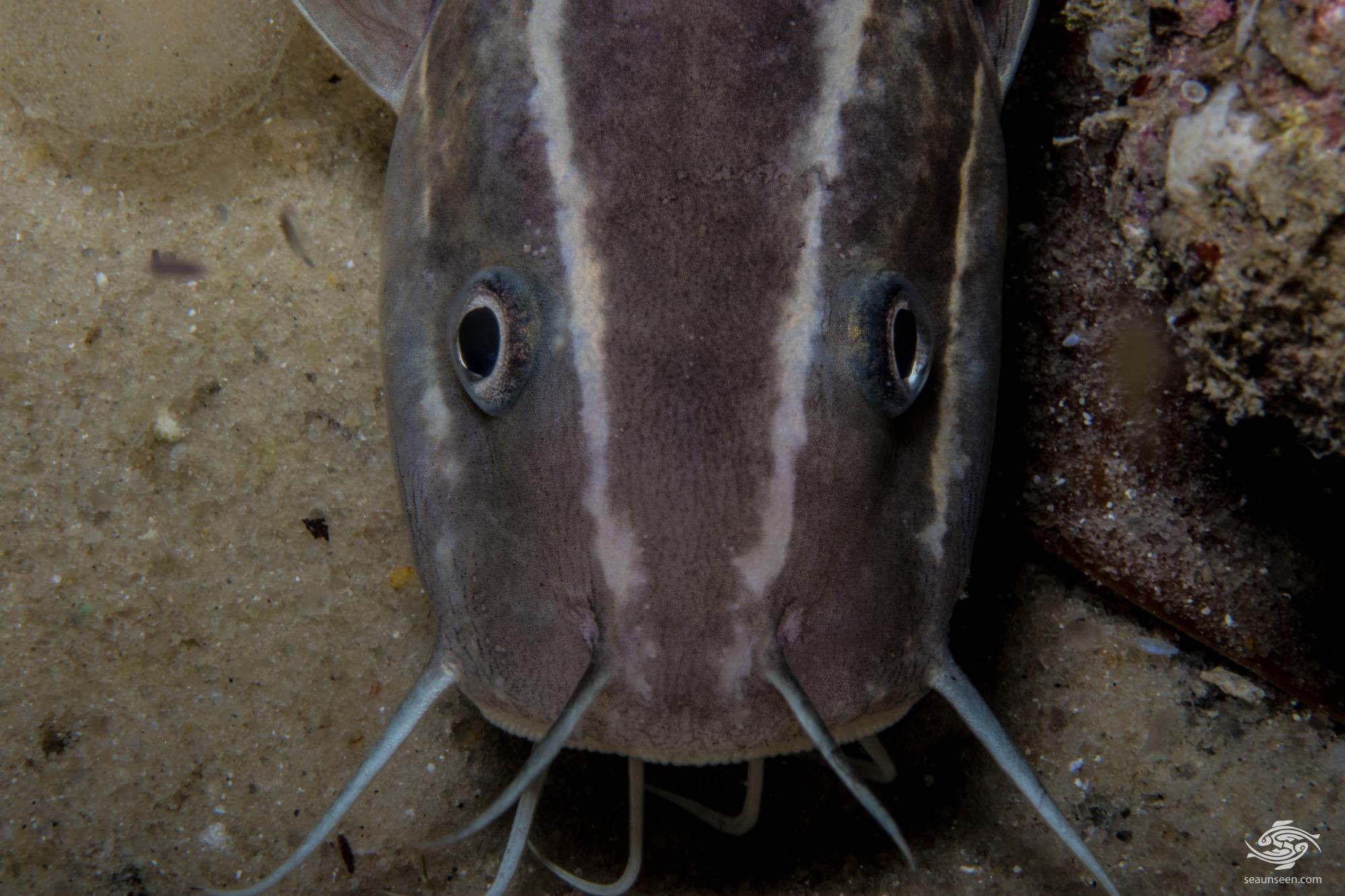 As an adult, growing to approximately  30cm, the stripes fade and they become a drab brownish colour as can be seen above. The barbels contain elongated organs of lorenzi and are used as a electro sensors to find prey. 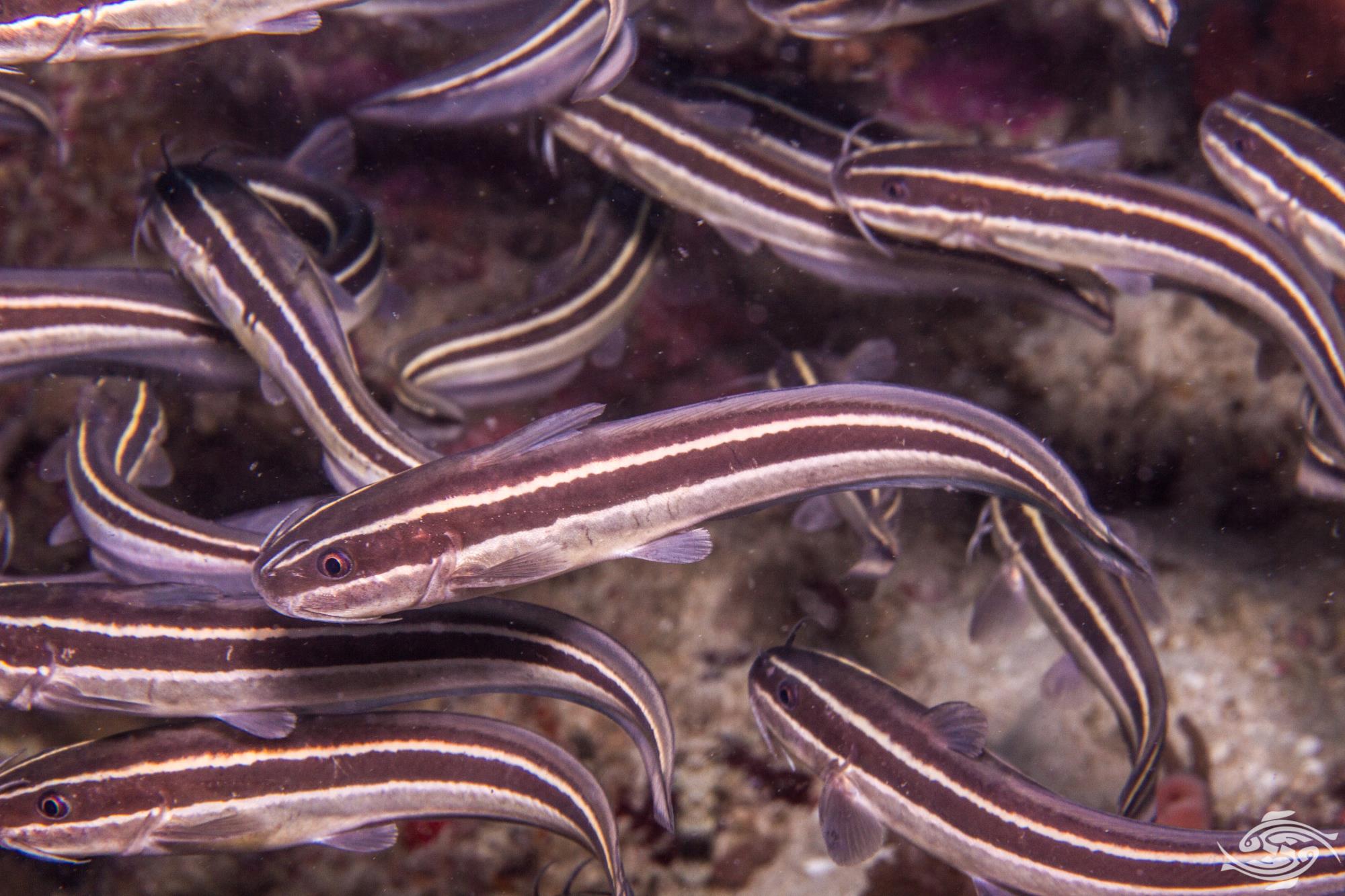 The juveniles congregate in balls of over a hundred and during the day they hide in caves and under overhangs. When they are larger the adults are solitary or in smaller groups of ten to twenty. On rare occasions they are seen out in the open during the day. They often open their mouths almost as if yawning. This can be seen in the video below.

The striped eel catfish occurs in the Indian Ocean, in the western Pacific Ocean. They have also been known to enter brackish water in lagoons. They are found around coral reefs, estuaries and tidal pools. In 2002 they were discovered to have migrated to the Mediterranean via the Suez canal in what is known as Lessepsian migration. They are now common in Israel and the Levant. 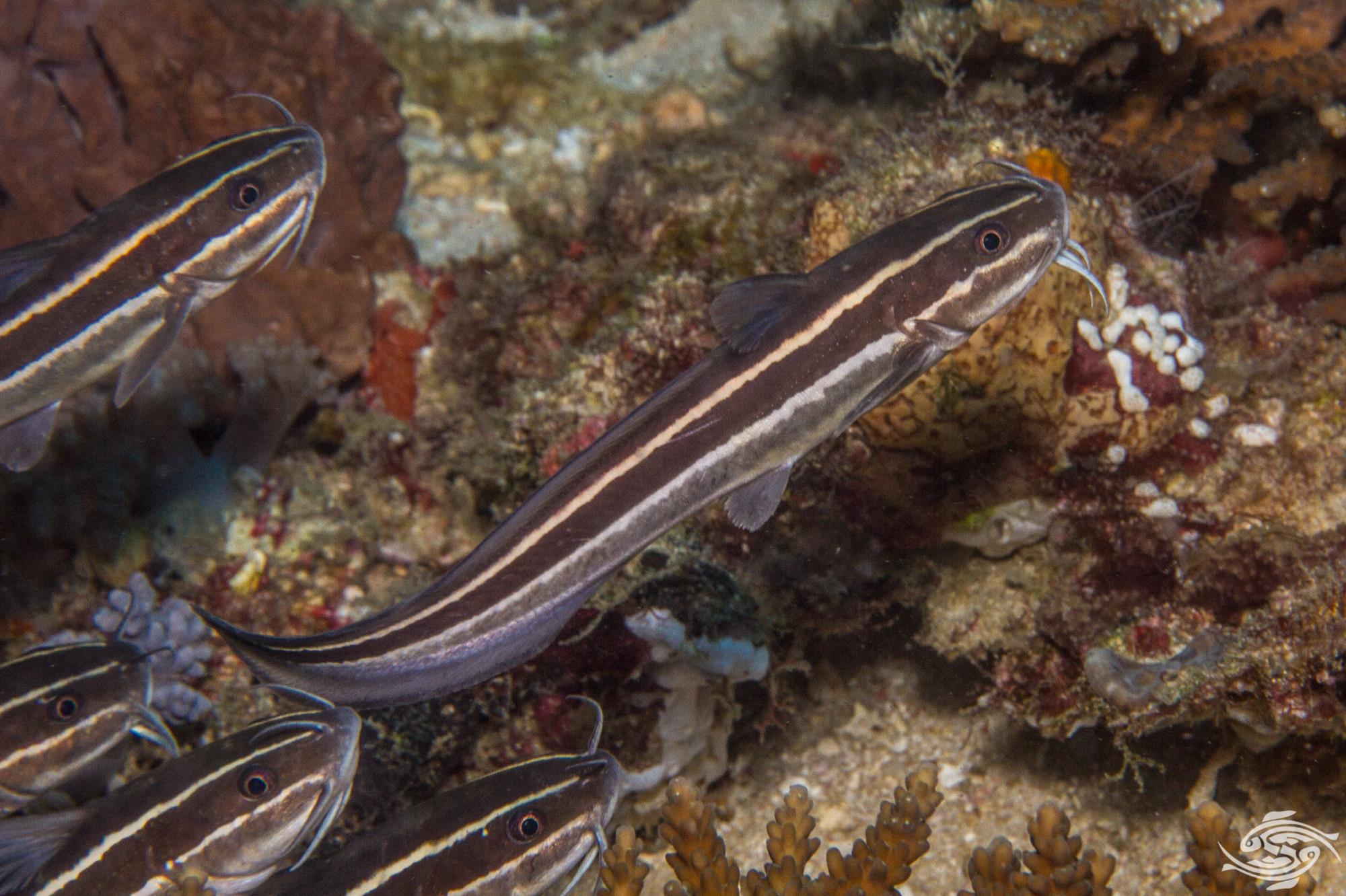 The striped eel catfish is an oviparous fish and the eggs are laid on a substrate. Once they hatch the larvae become planktonic. 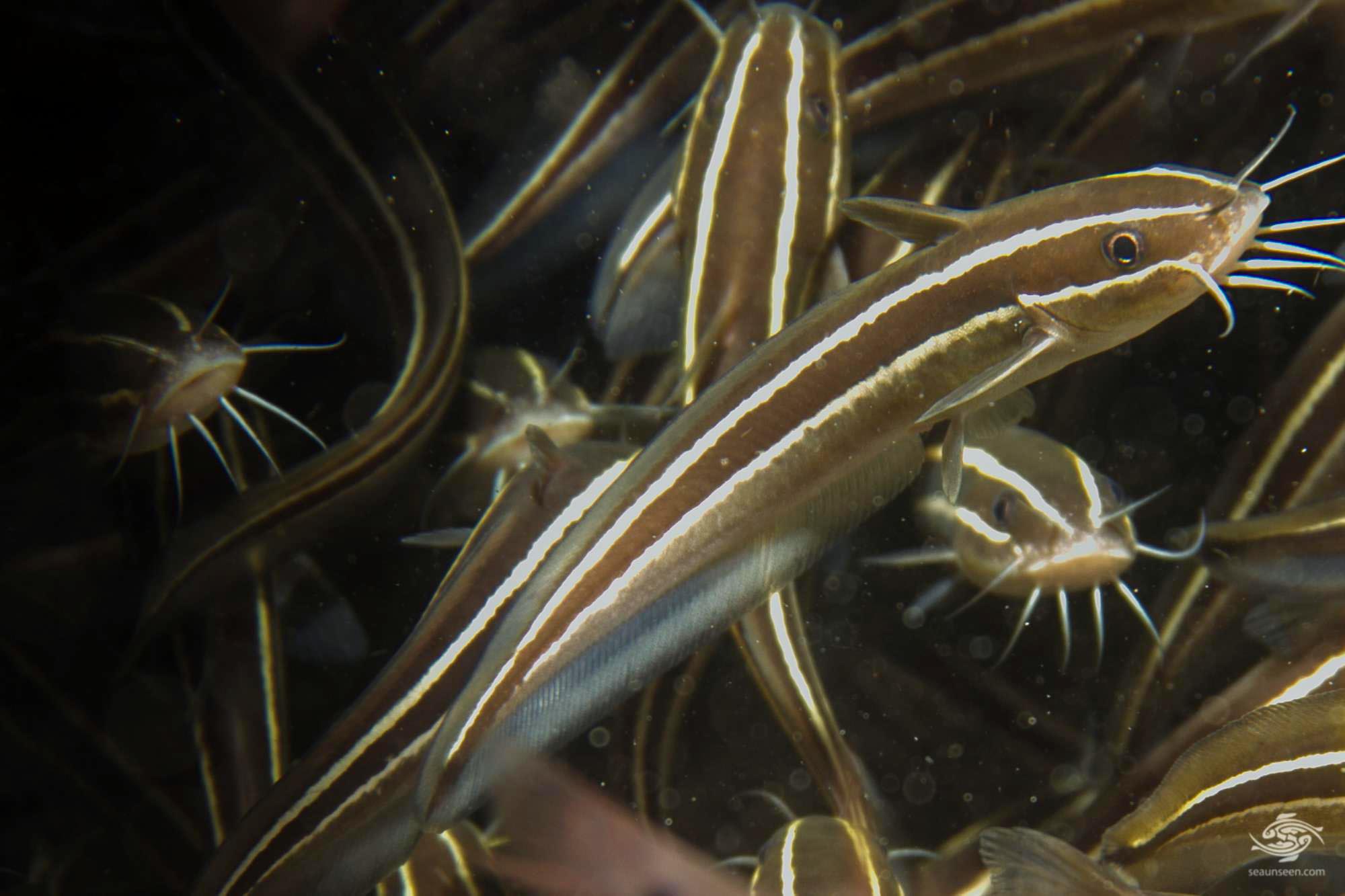 Fatalities have been reported in the Gulf and Red Sea areas mainly in indigenous fishing communities when cleaning nets. Little seems known of the chemical structure of the venom other than they contain toxic peptides. Interestingly in research done in the Mediterranean where these fish have migrated to up the Suez canal, the poison does not seem to be as toxic. If correct this could be due to a dietary change. 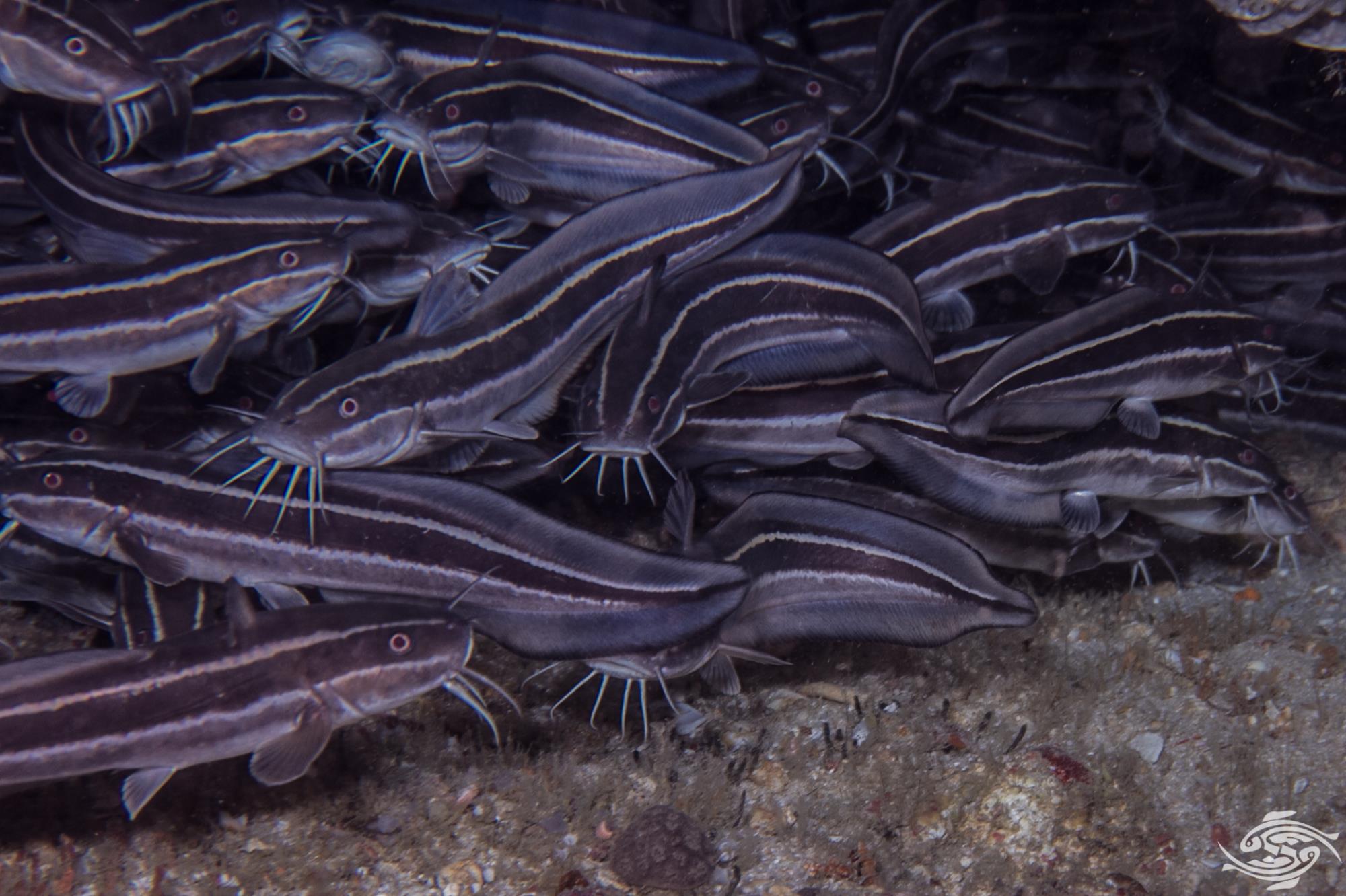 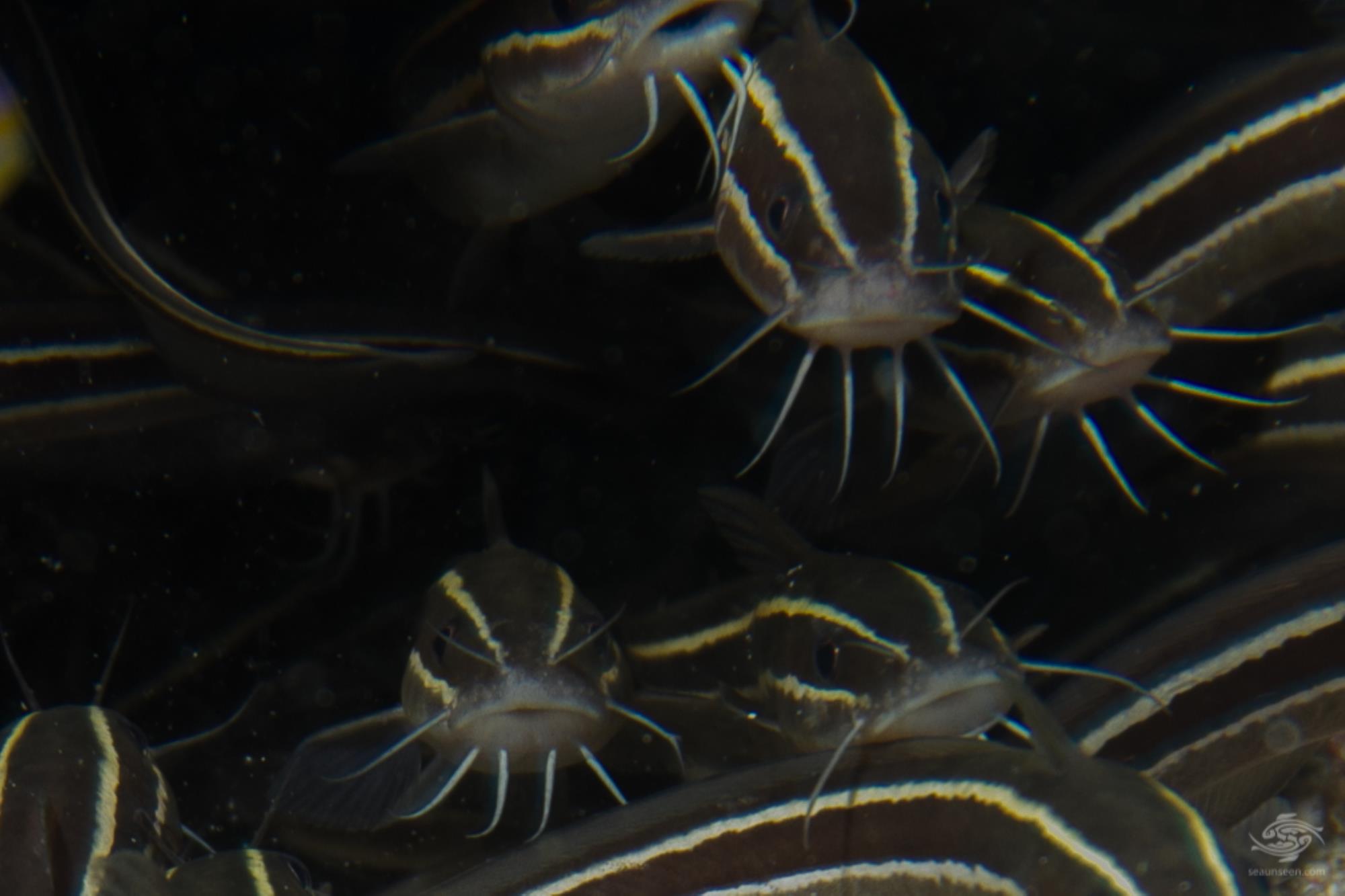