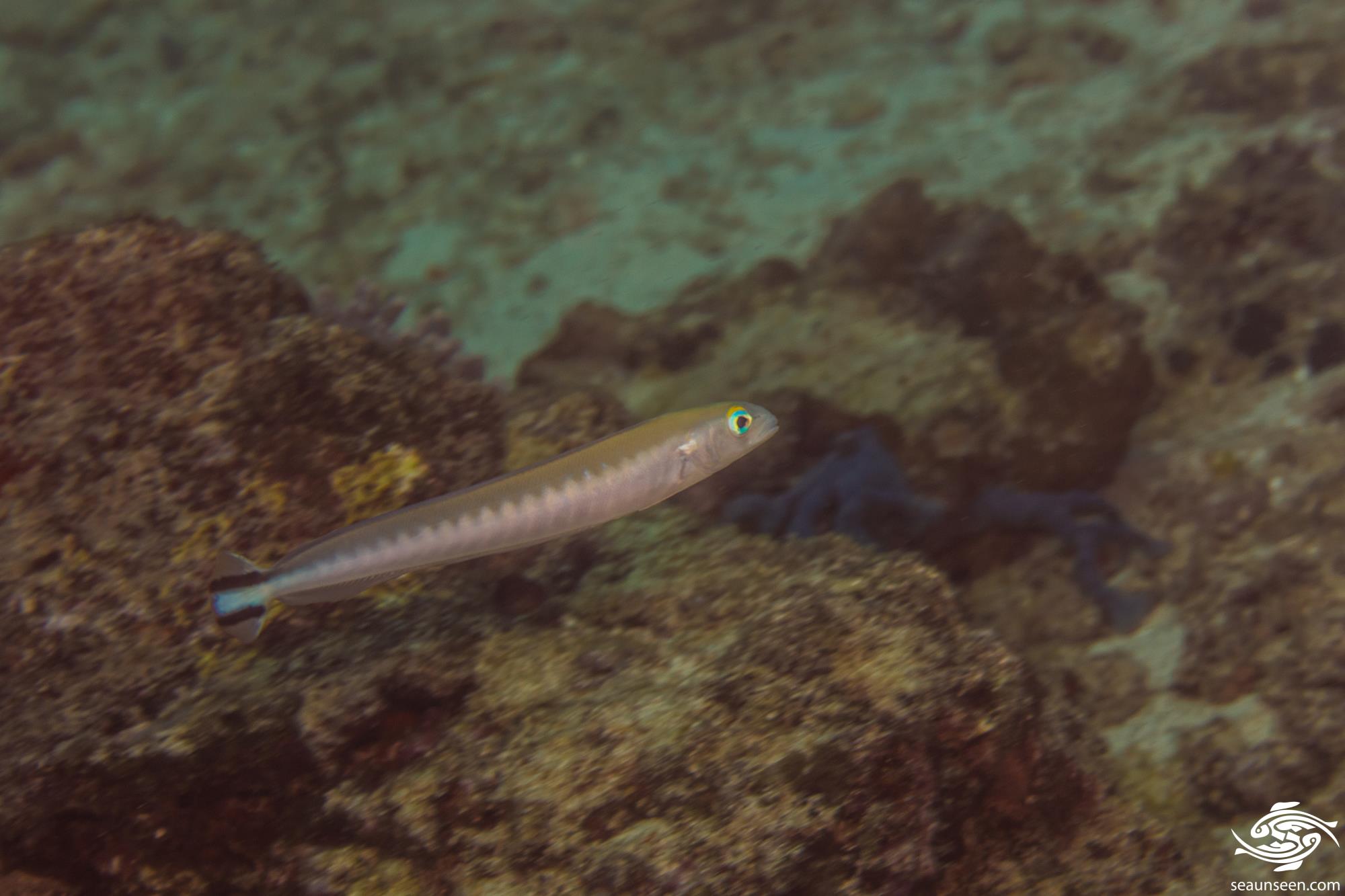 The Stripetail Tilefish, Malacanthus brevirostris , is also known as the Banded Blanquillo, the Flagtail Blanquillo and the Quakerfish. They are not common in Tanzanian waters and seem to prefer very specific types of environment, to date only having been seen on one reef off of Dar es Salaam and on the reef tops mid Zanzibar channel. The type locality is in Madagascar and they were described in 1848. 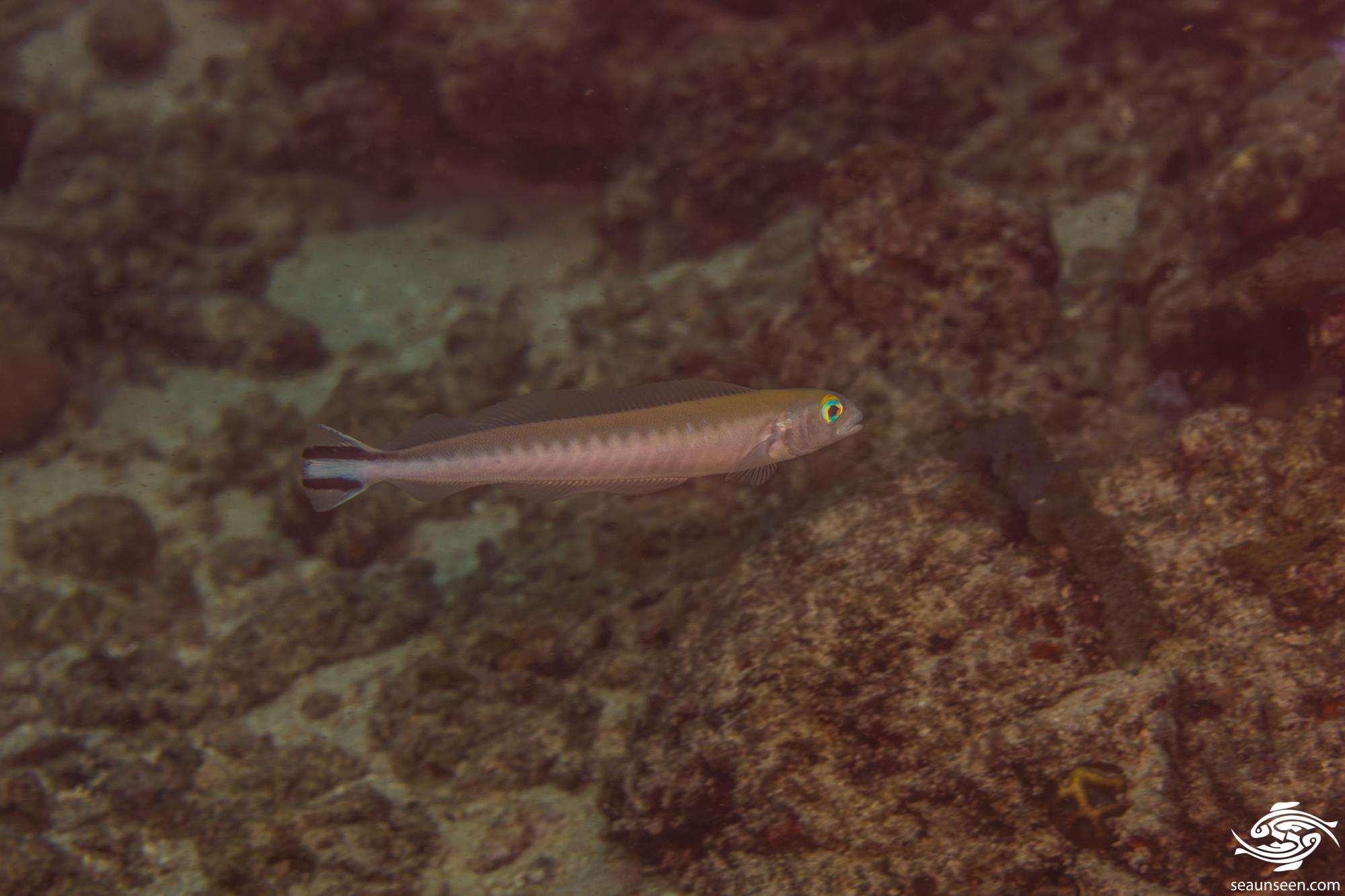 The Stripetail Tilefish has a long tubular shaped body which tapers backwards. The the upper body is a light brown color and there are a series of  bars along the silver body. The tail has two horizontal black stripes with light blue in the middle.  The eye has a light blue ring around it. They grow up to 32 cm in length. 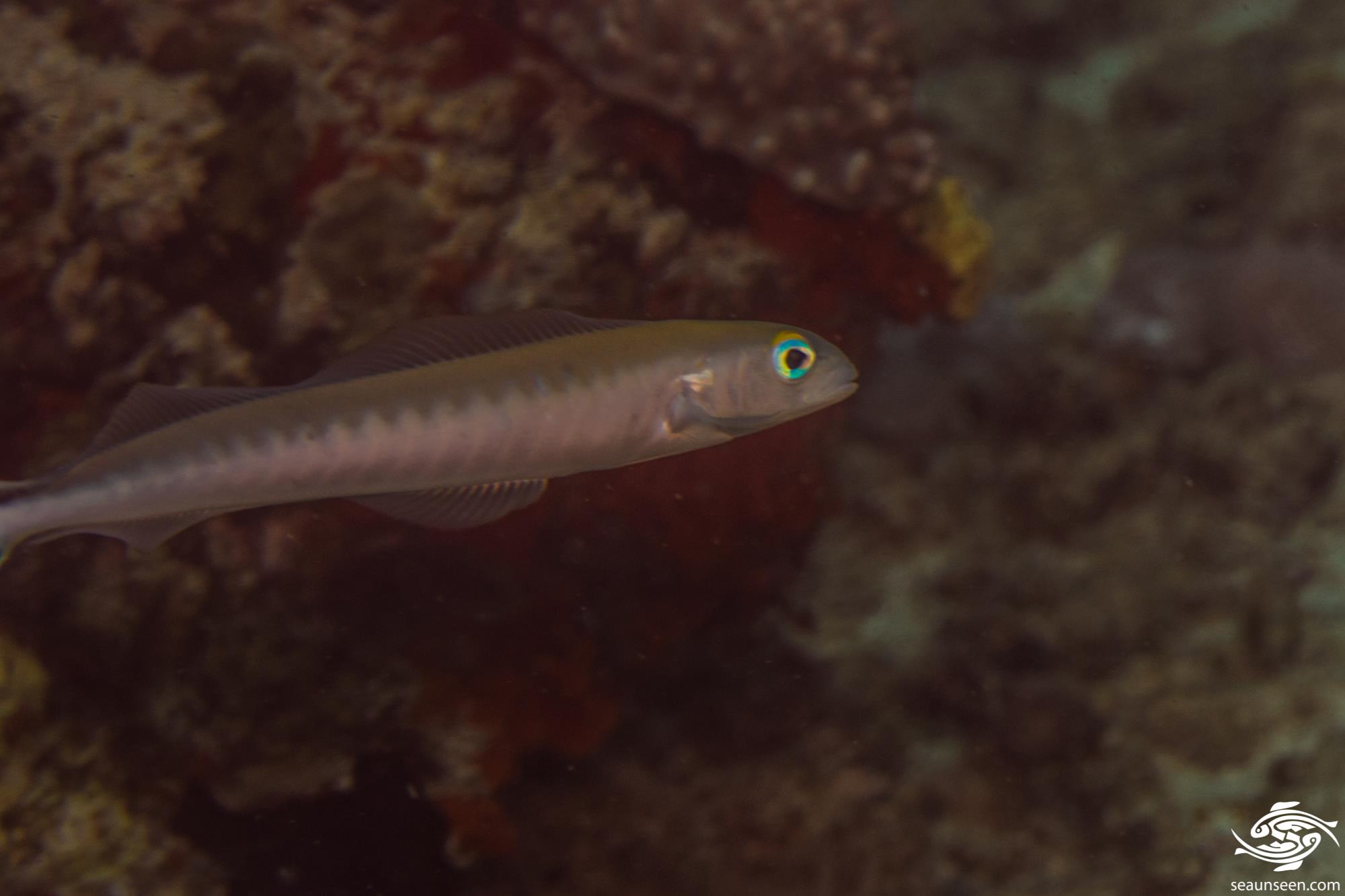 STRIPETAIL TILEFISH IN THE WILD

Stripetail Tilefish are not common in Tanzania and we have only seen them in two areas , they seem abundant on some of the shallower sandy reef tops in the mid Zanzibar channel and the other area is on Sharky reef off Dar es Salaam where they are quite common on the sandy area between the reefs. They are found from five meters all the way down to fifty meters.  The deepest we have seen them at is around 18 meters. They are fast swimmers and fairly curious and will inspect a diver from a distance. They are usually seen in pairs. If one approaches too close they will swim off and circle back to their burrow in the sand which they swim into at speed. 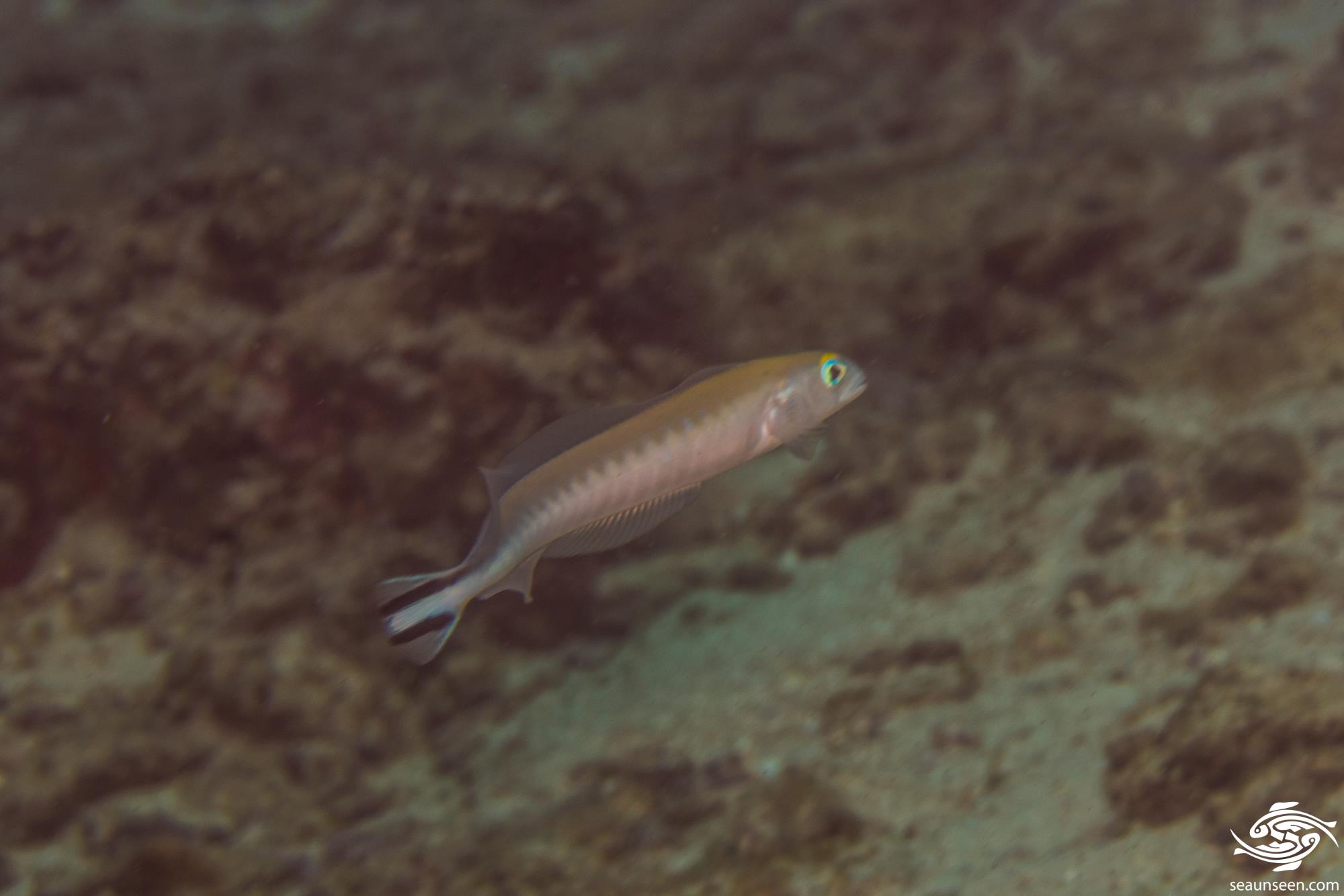 The Stripetail Tilefish is found across the Indian ocean from the Red Sea and East African coast across to the West coast of Panama and Colombia , north to Japan and south to  Lord Howe Island to the East of Australia. They are found between depths of 8-50 meters. More usually they are seen around 15 to 18 meters in depth. They prefer rubble and sand to the reef.

Monogamous pairs are formed but very little seems known of their breeding habits. 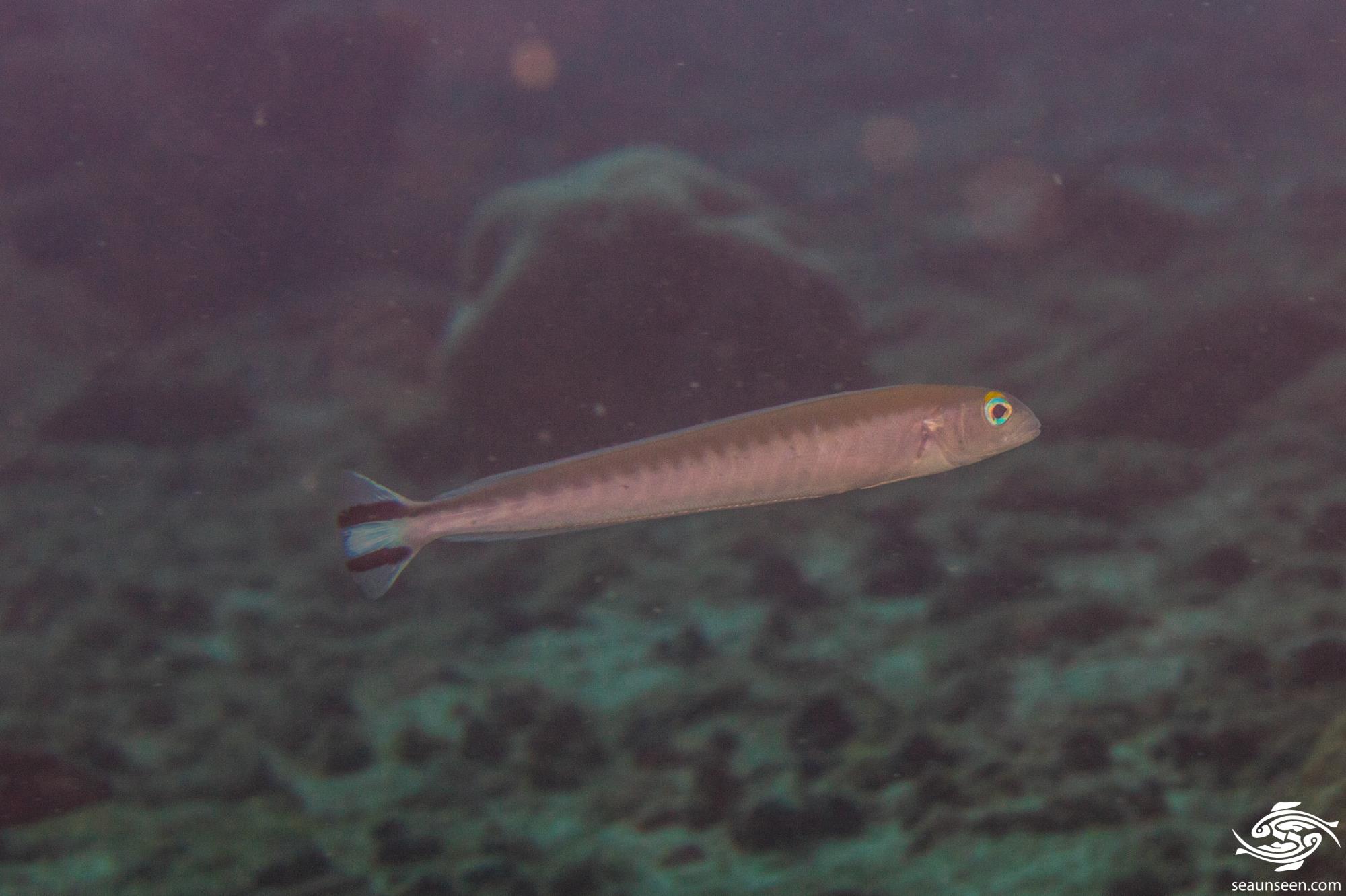 The Stripetail Tilefish is not common in the aquarium trade but there is a very good article here on keeping them .