In a Swarm of Hatchlings 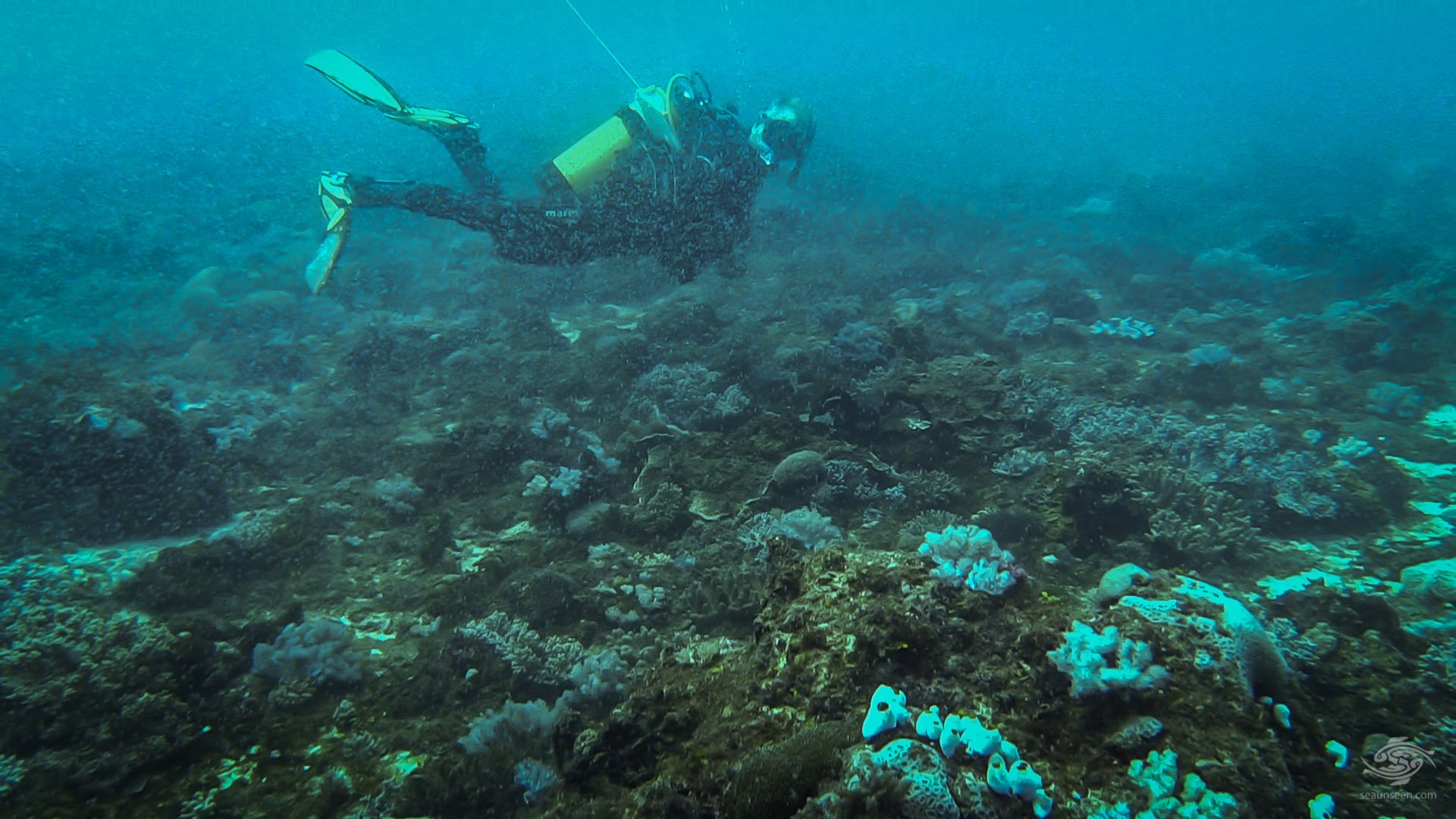 Instructor, Hannes Potgieter, from Seabreeze Marine within a swarm of tiny fish hatchlings at Sweet Bongoyo in Dar es Salaam. Fish hatchlings generally do not receive parental care and approximately 99% of them will die within days of hatching by starving to death. Fish hatchings feed by suction.

A swarm of Hatchlings swim towards their prey and when they reach it, they open their little mouths and expand their mouth cavity. Water flows in, drawing in the prey. The bigger the hatchling, the better it works. The smaller and weaker the baby fish, the less suction they can create and the more likely the prey is to escape.

These sea hatchlings broke out of the fish egg still attached to a yolk sac, which can sustain them for up to two or three days. However, once the little larvaes, with their still under-developed fins and gills, start needing nutrients and trying to feed, they start dying in droves – even if prey organisms abound in the water. For more photos and videos click here
Photo was extracted from video footage of a Canon VIXIA HF G30 HD Camcorder