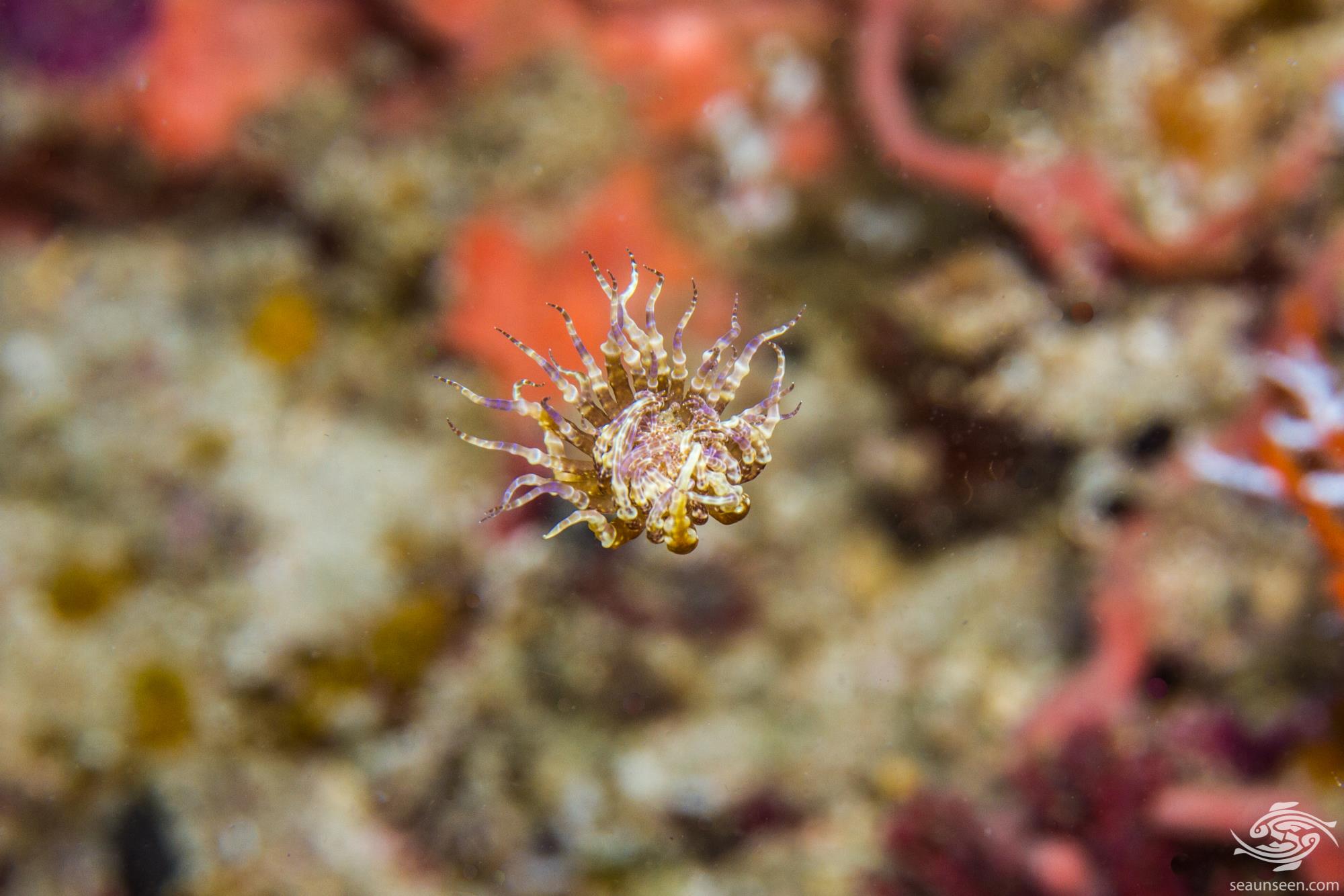 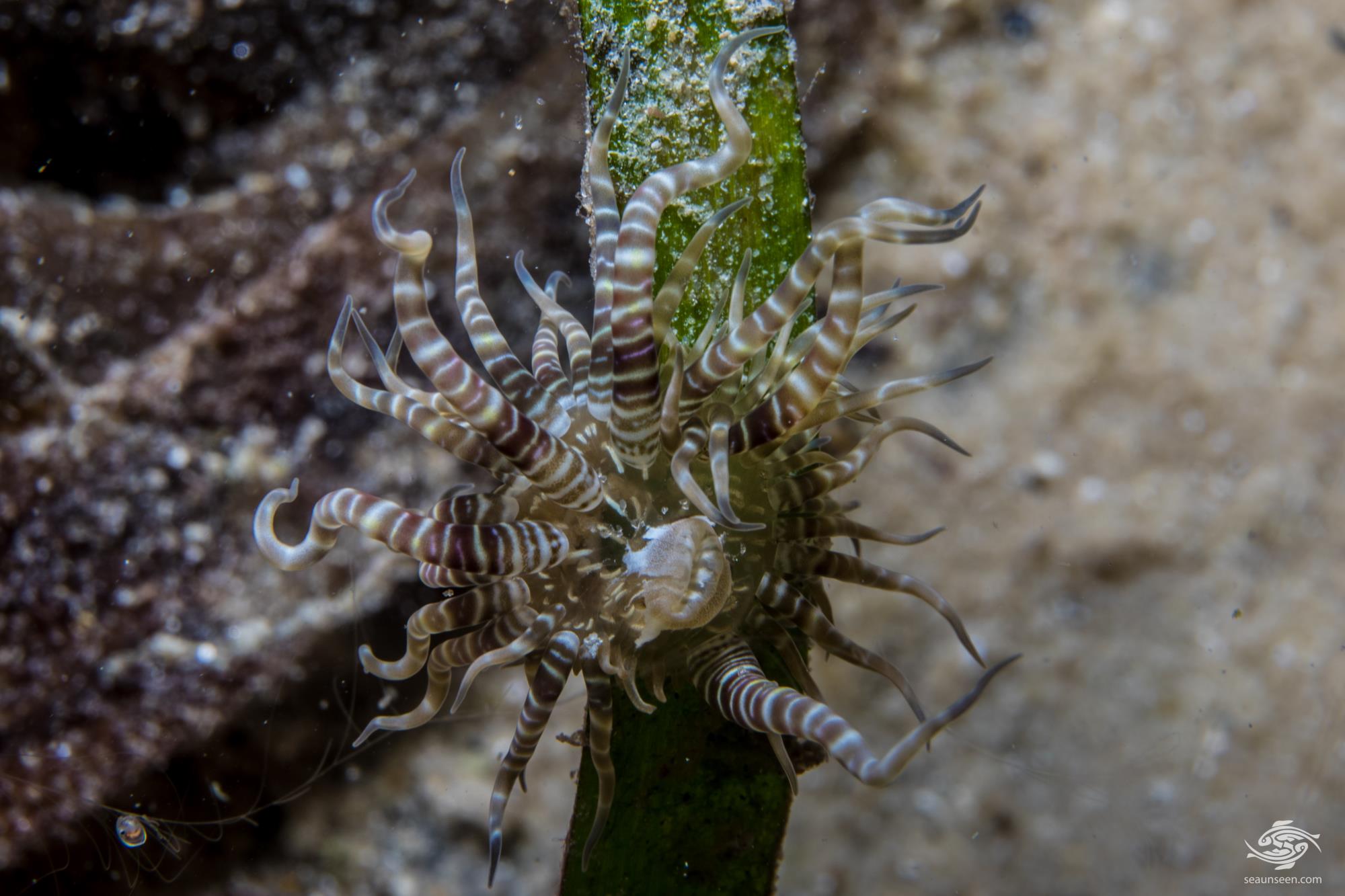 The Swimming Anemone in Tanzania tend to be very small and we have never seen one with an oral disc over three cm in width. The number of tentacles vary from specimen to specimen as does the colouration. The majority have brown bands on the tentacles but some are lighter in color with a purple tint.  The oral disc has alternating light and dark lines that radiate outwards and the mouth is usually off white. 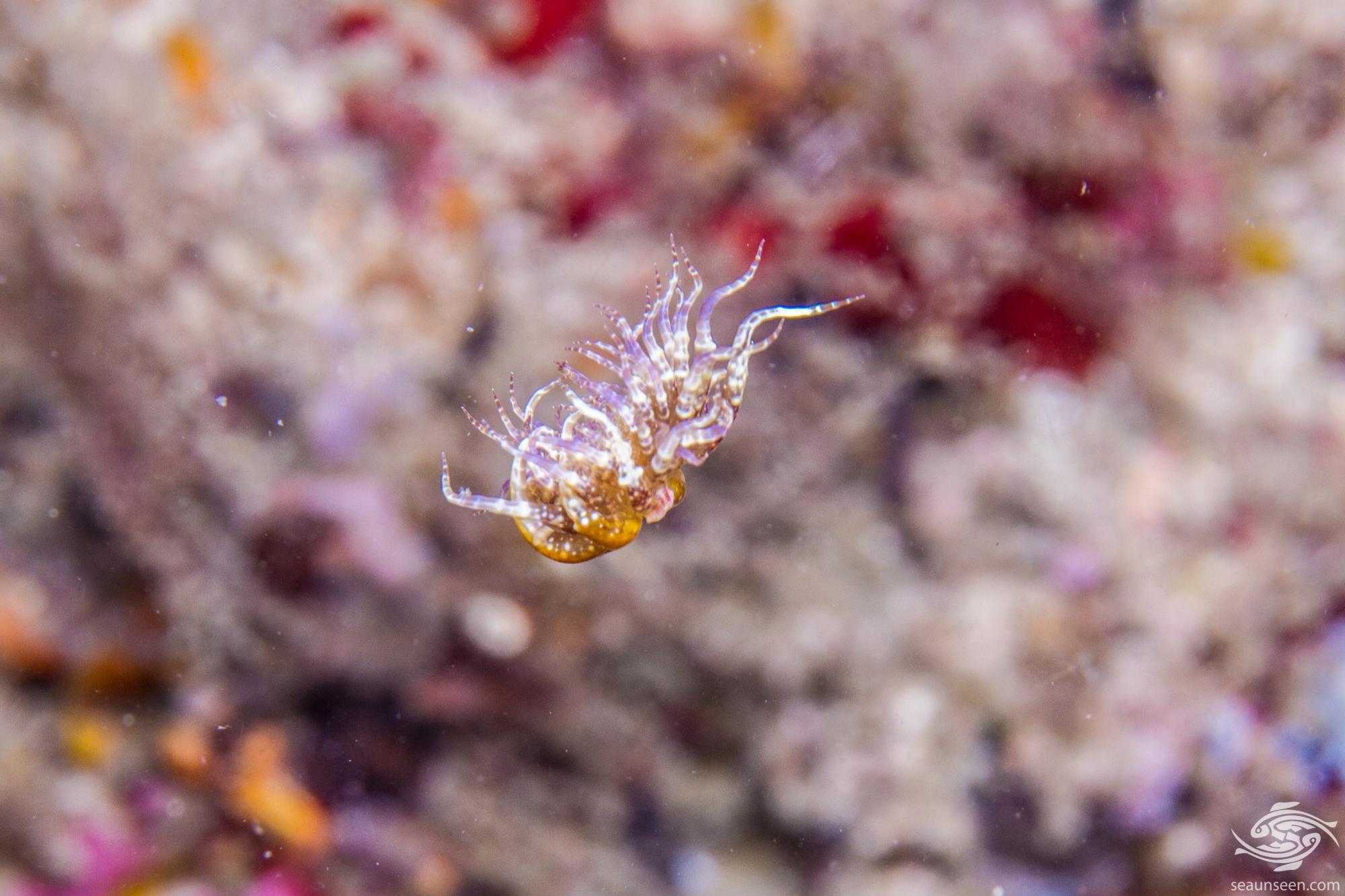 SWIMMING ANEMONE IN THE WILD

Although the  Swimming Anemone can swim , a study in Hawaii in 1965 by Josephson and March found that they would out of preference release their grip and pull themselves along using their tentacles and that this was usually their first option. Swimming  was the second response only when the first response did not work.

The same study found that most swimming sessions were short and that the bulk of the energy expended by the anemone was negated by its inefficient stroke.  In another study in 1982, researchers Lawn and Ross found that they are predated on by the sea slug Berghia major. Aside from the nutrition, Berghia major absorbs the stinging cells from the anemone and uses them for self defense.

Being able to depart the scene with some haste by swimming is therefore a good defense.  Berghia major  attack by lunging into the midst of the tentacles . Those tentacles attacked by the aeolid autotomize or in other words drop off, allowing it to escape the slower less mobile predator by swimming away.

In Japan where seaweed is farmed , the swimming anemone has been known to cause issues to the farms by rapidly multiplying and covering large portions of the seaweed, causing production to drop. The solution found by the farms is to wash the seaweed with freshwater and a vinegar mixture. 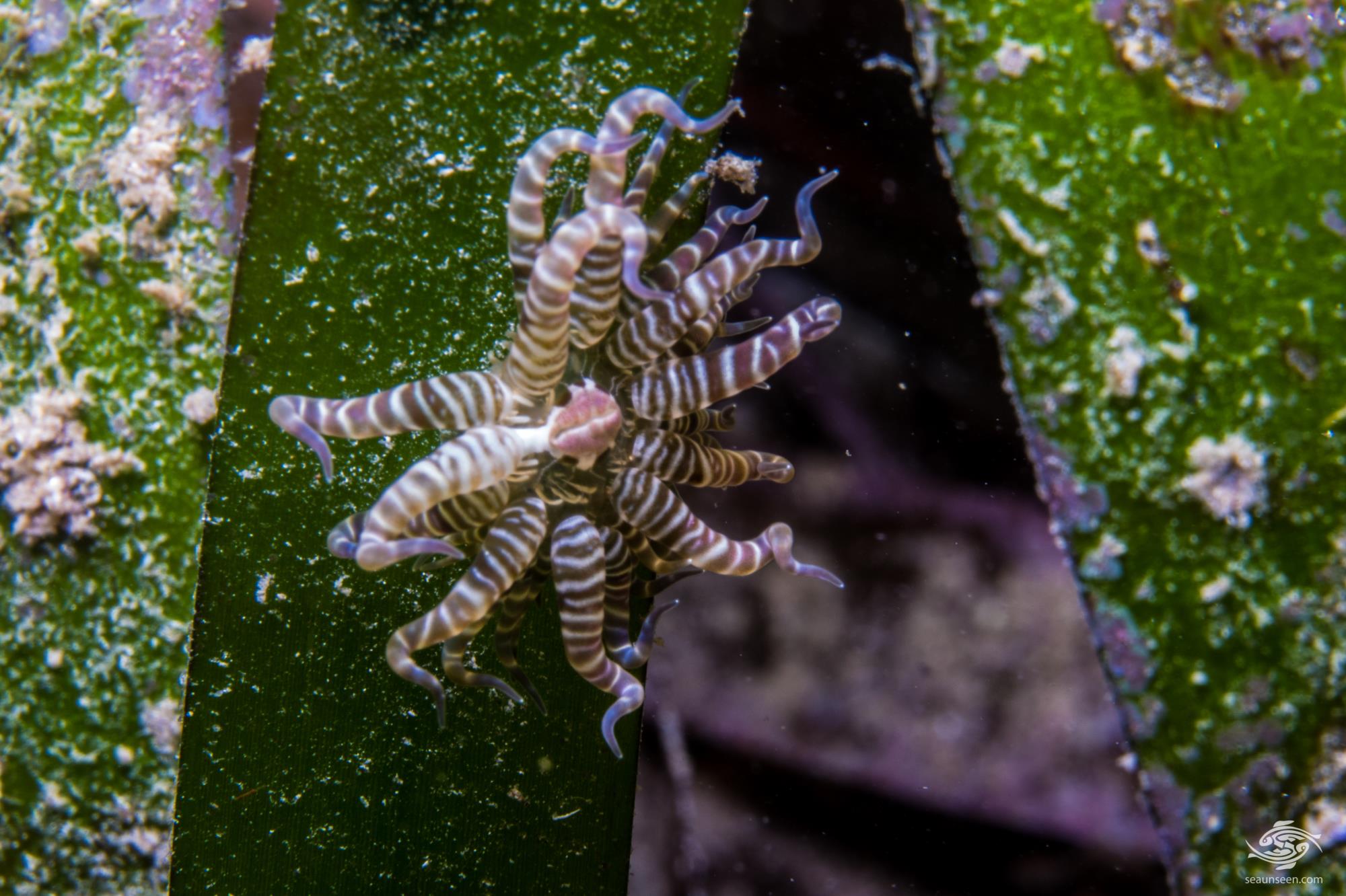 The Swimming Anemone is widespread throughout the tropical and subtropical waters of the Indo West Pacific, from the east coasts of Africa to the Red sea, Across to Japan and south to Australia. In Tanzanian waters they are commonly seen adhering to seagrass in the shallows from one meter downwards. 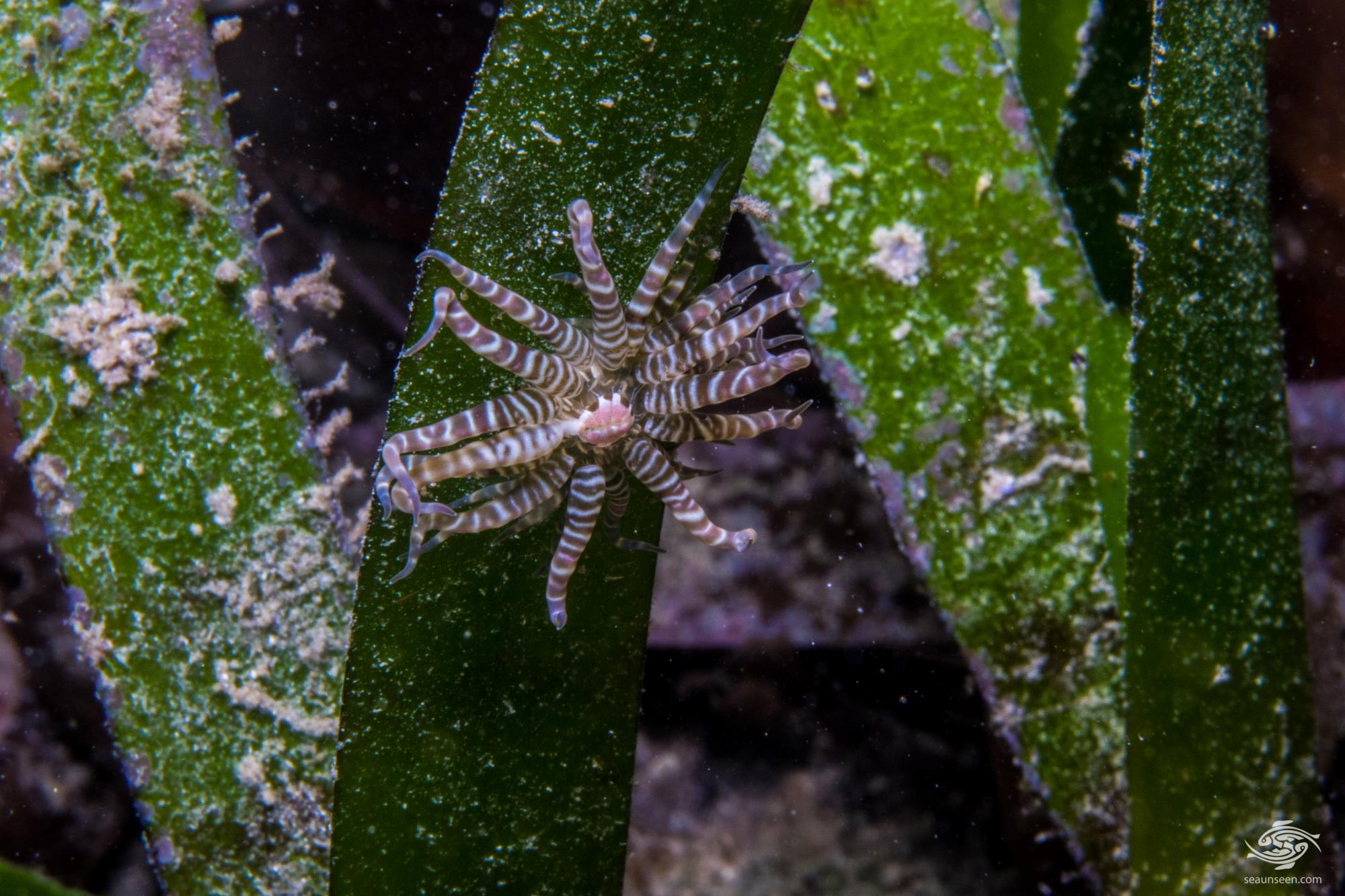 As with other anemones the Swimming Anemone forms symbiotic relationships with single celled algae. The anemone benefits from the algae’s photosynthesis, namely oxygen and food in the form of glycerol, glucose and alanine. The algae in turn obtain protection against herbivores from the anemones stinging cells and good exposure to light.They also use their venomous cells or nematocysts in the tentacles to sting and capture prey such as small fish and planktonic matter. 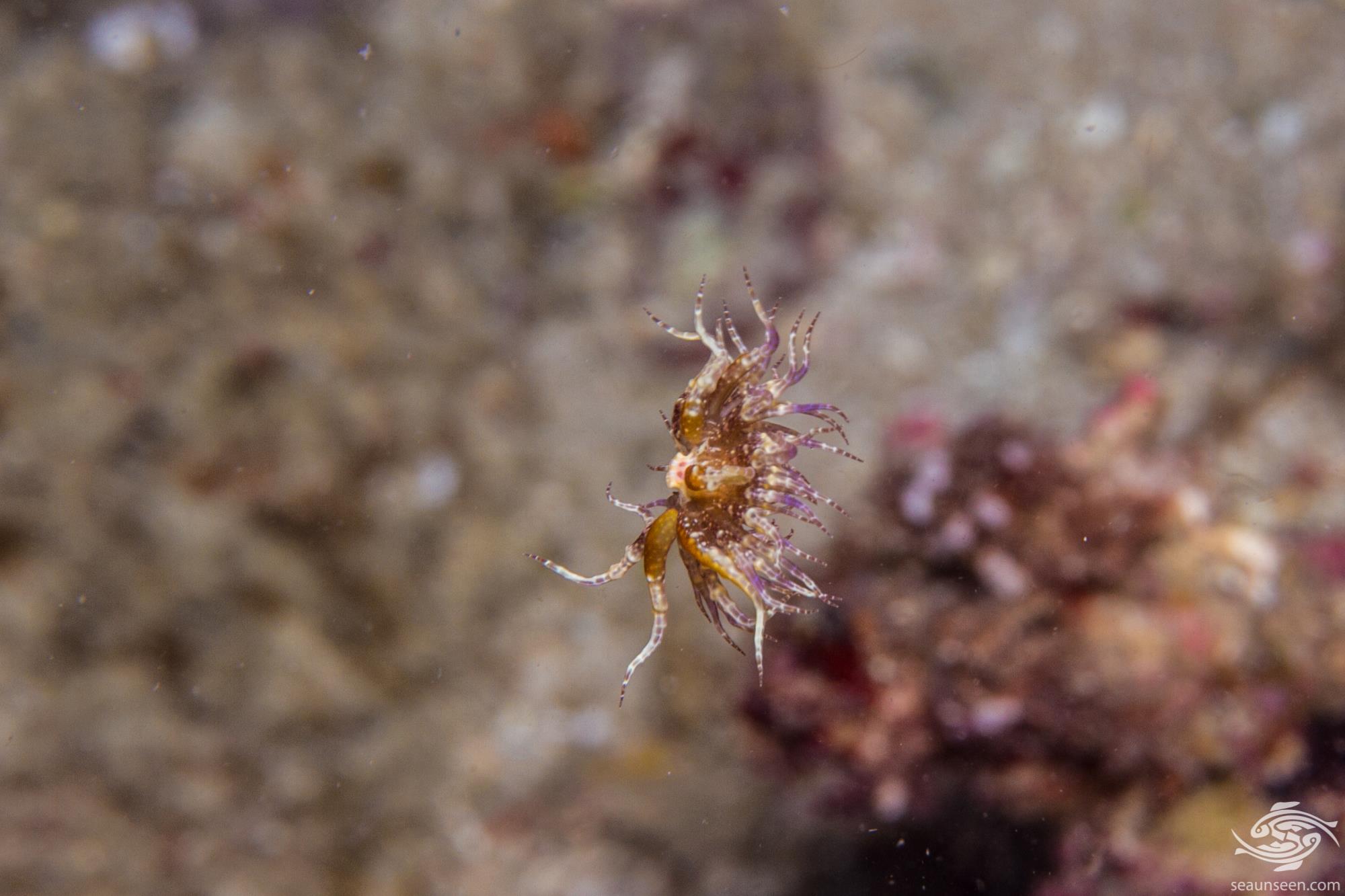 Swimming Anemone can reproduce asexually by budding or splitting and by sexual reproduction. Research shows that anemones in this family have tentacles that produce buds which split off.

In sexual reproduction males release sperm into the water, which stimulates females to release eggs into the water. Fertilization occurs when the two meet. Anemones eject eggs and sperm through the mouth. The fertilized eggs then develop into planula’s which settle and grow into a single polyp. 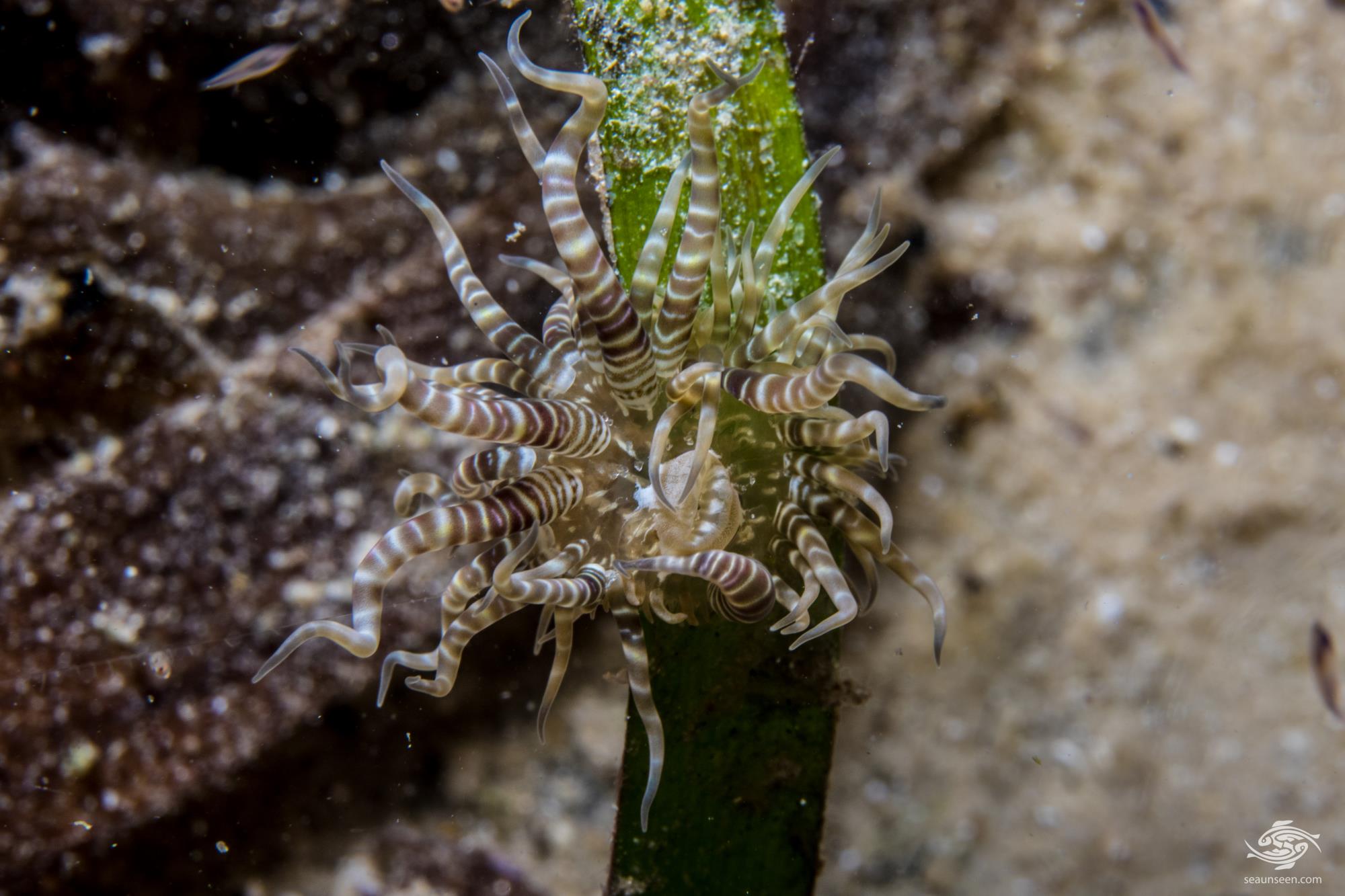