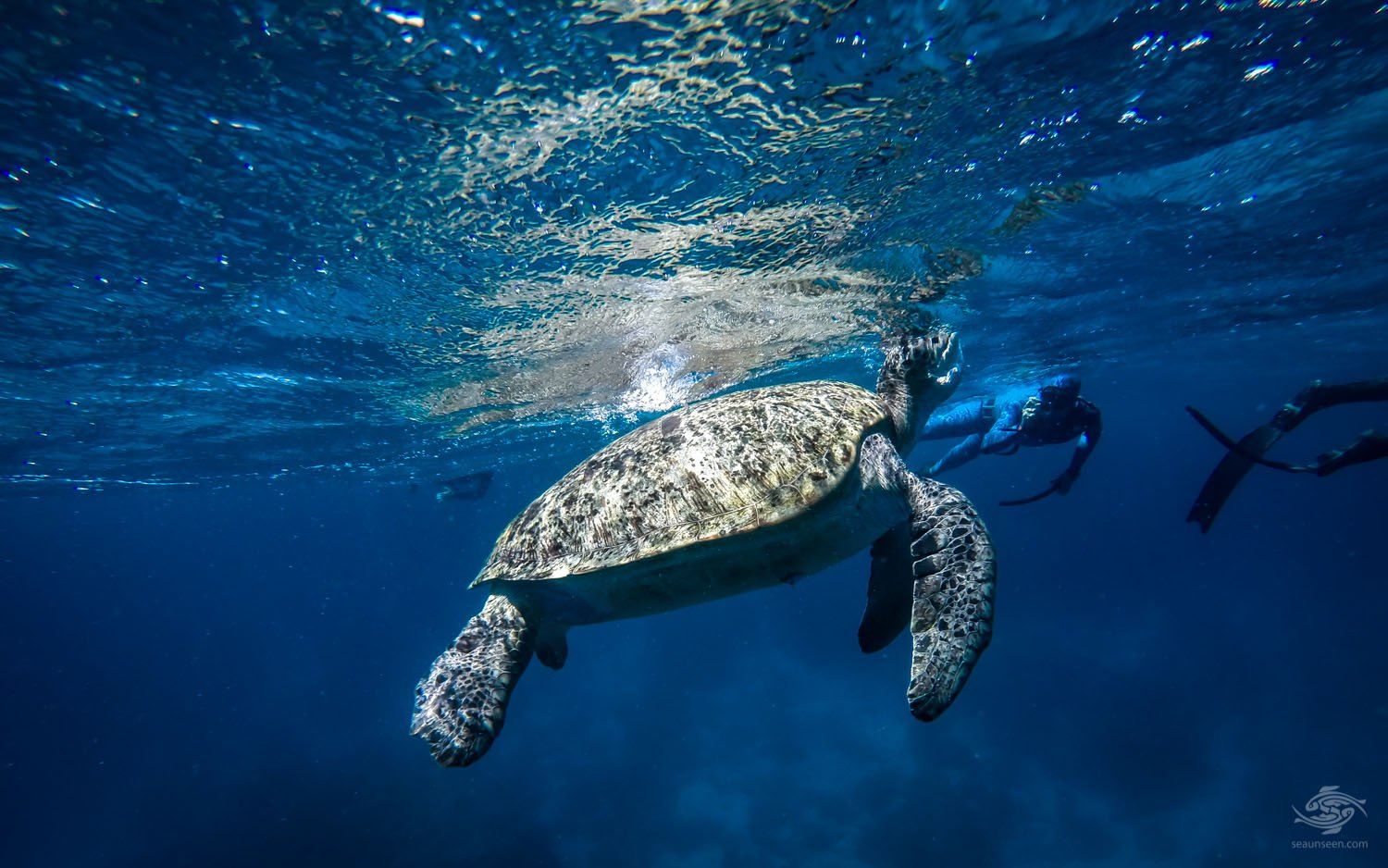 A giant sea turtle, most likely a Chelonia mydas, taking a breath of air with freediver, Daniel Cordova beyond. Like all reptiles, sea turtles have lungs so they have to surface taking a breath, as well as lay eggs on land. Considered by many as living dinosaurs, sea turtles first appeared on Earth more than 100 million years ago and have been swimming in our oceans since. They have remained practically unchanged since they first appeared; however, only 7 out of the 100 turtle species that have been described from fossil records still survive. Sea turtles have a very long life-span but their slow growth, delayed age at maturtity and low reproduction rate make them extremely vulnerable to every kind of exploitation. In the past century, sea turtle populations declined sharply all around the world mainly because of unsustainable fishing, for consumption and leather, and also because of incidental capture in fishing gears, irresponsible coastal development and marine pollution.