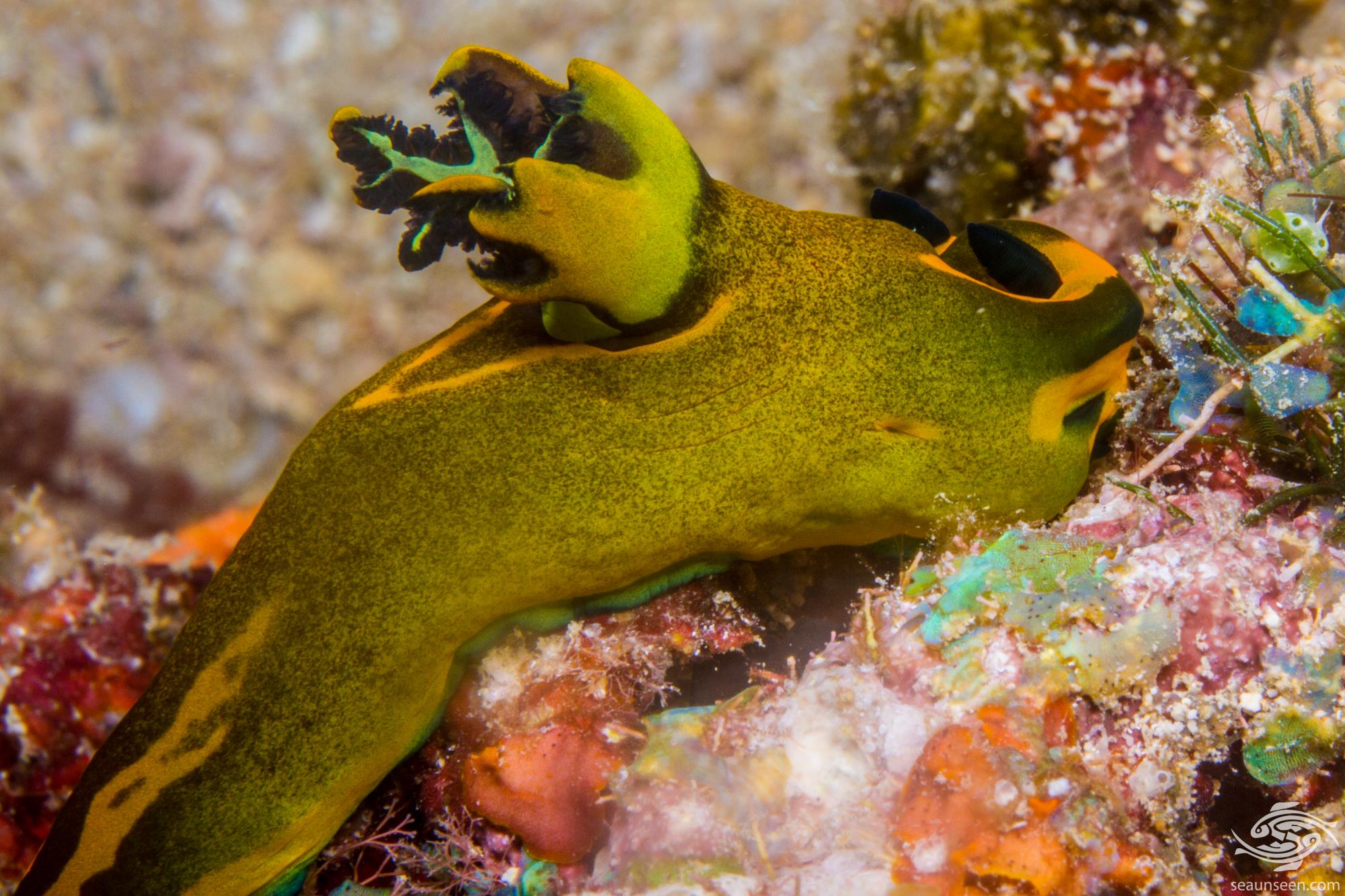 Tambja olivaria also known as the Olive Tambja, is a dorid nudibranch and was described in 1994 by Nathalie Yonow from a specimen in the Maldives. To date we have only seen two specimens, both in Chole Bay in the Mafia Island Marine Park on Mafia Island in Tanzania. 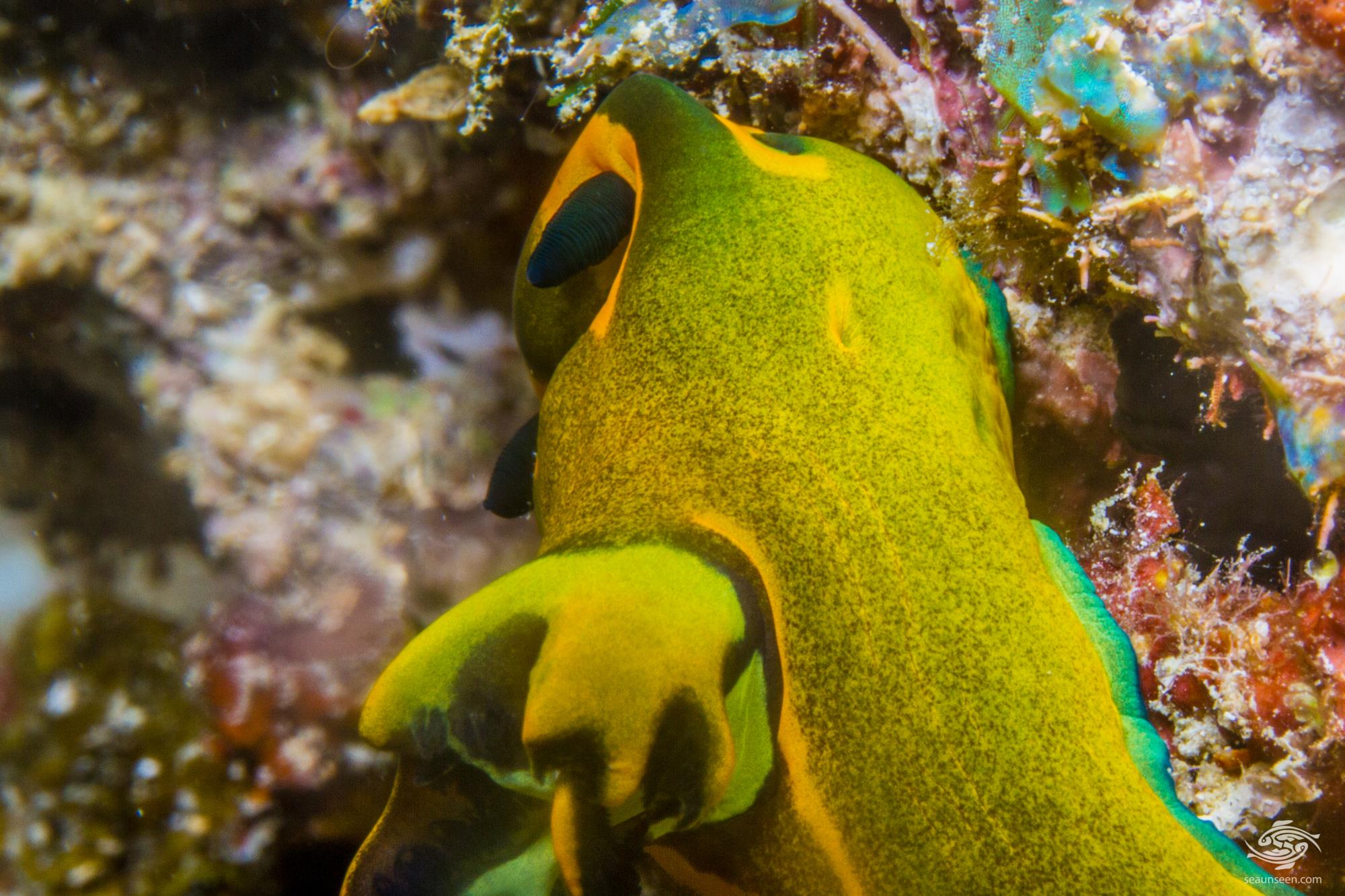 Tambja olivaria have an elongated shape with an overall olive green colour giving them their name. There are variable black and yellow markings usually with yellow between the rhinopores and yellow lines on the anterior section which has a dark blackish colored ending. The Rhinopores are a dark blackish green and the gills are olive on the  exterior face and green on the interior faces.  The specimens we have seen have been between 70mm and 80 mm in length. 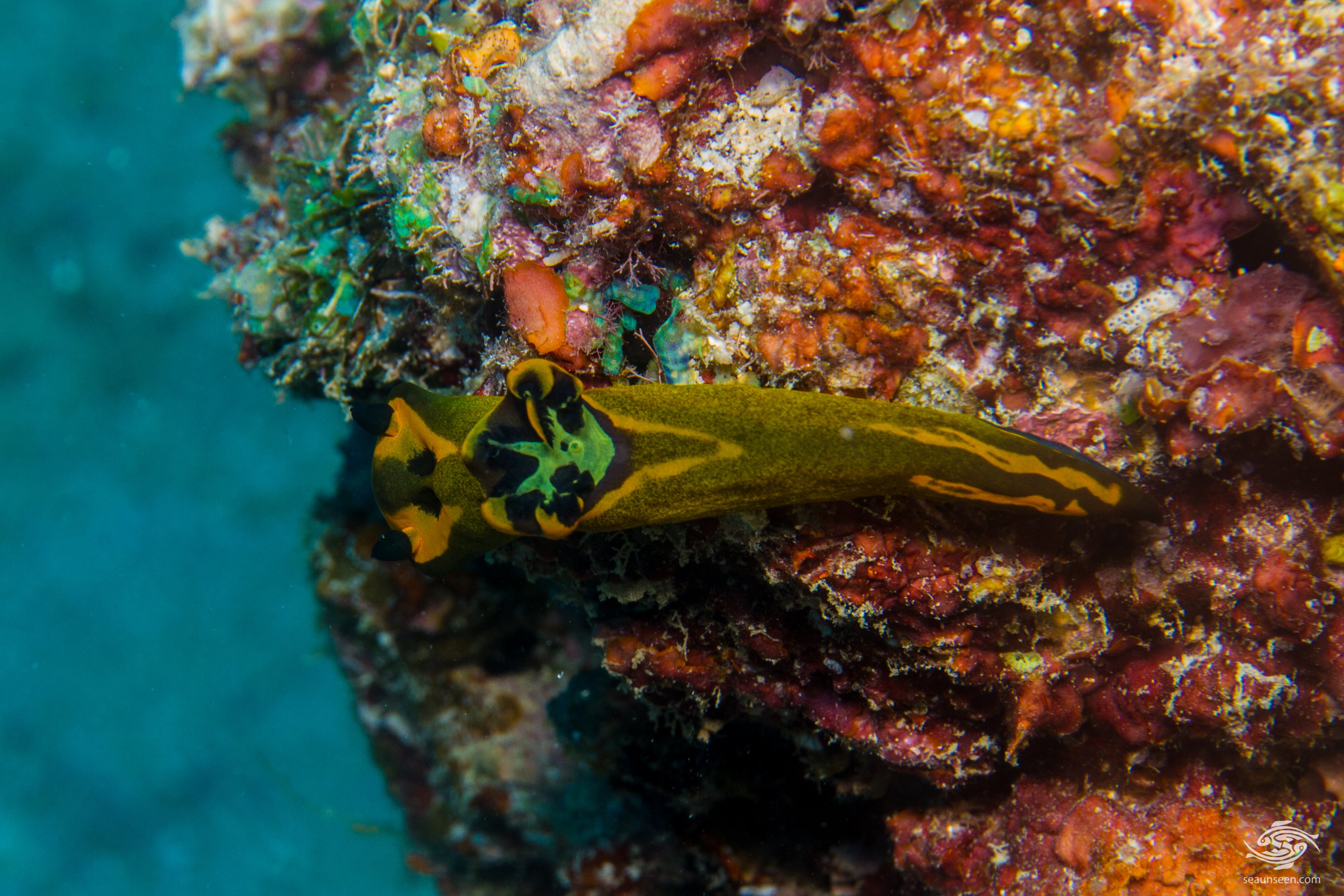 The two specimens we have seen have seen have both been in the same location, on Mafia Island in Chole Bay on Corinne Reef and Milimani Reef with an unfortunate camera fail with the second one which was seen on the end of a second dive when my batteries failed.  The collector of the holotype noted that it extruded a green acidic liquid which burnt his hands. They are among the fastest moving nudibranchs we have seen. 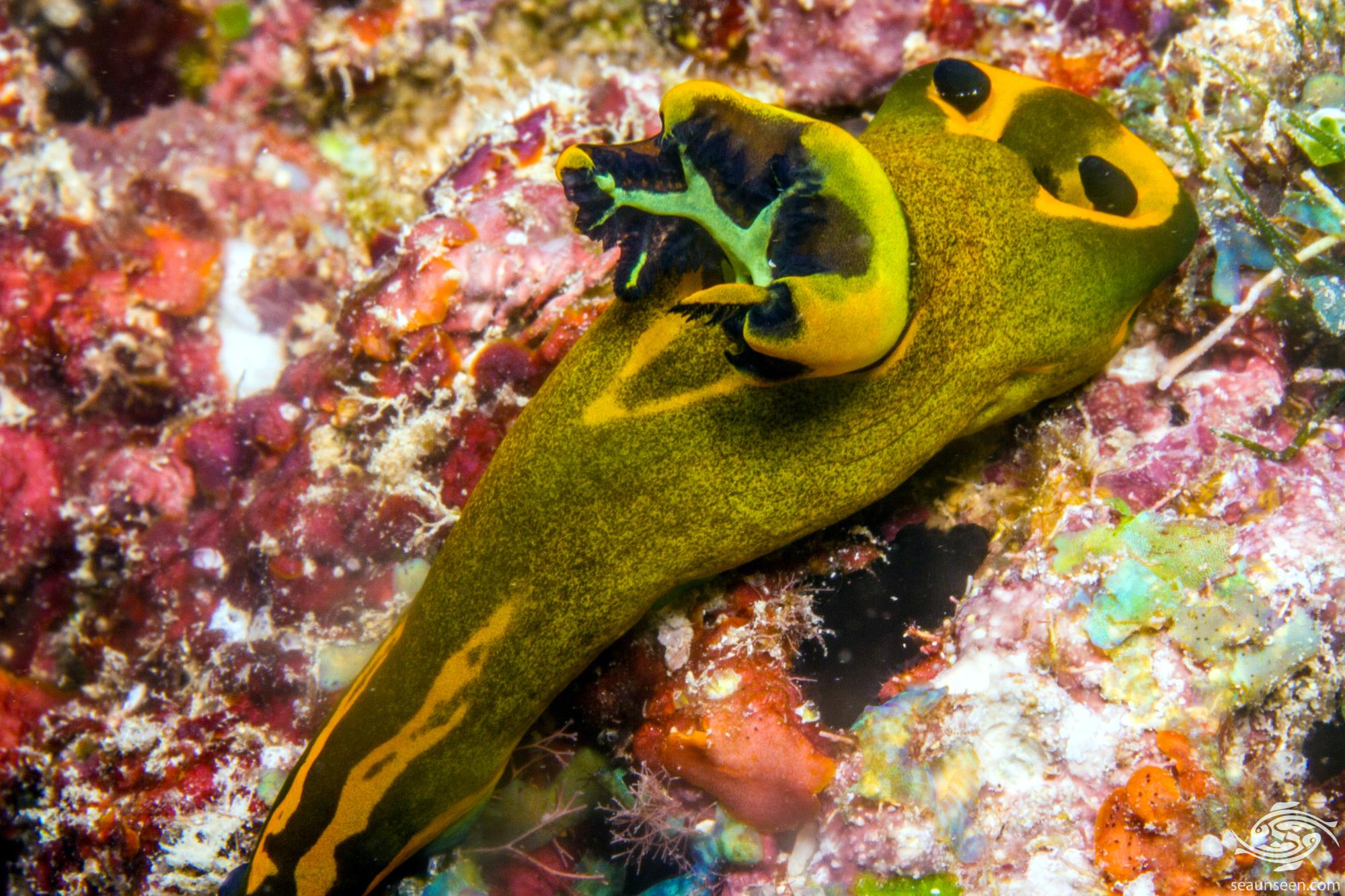 Tambja olivaria  appears to be found across the Indo West Pacific area and aside from the Maldives have been sited in the Philippines and Reunion. 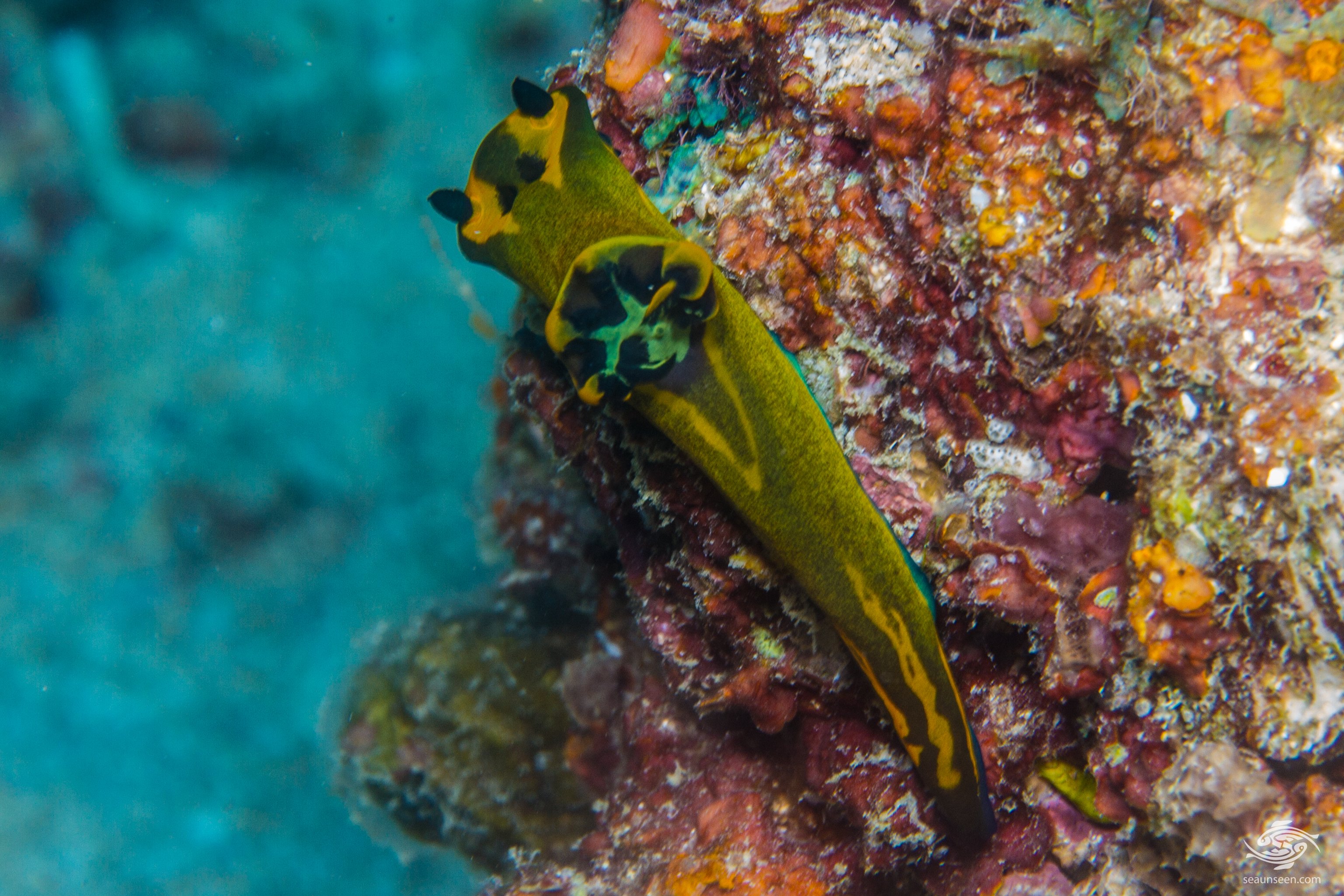 Tambja olivaria  is thought to feed on an arborescent bryozoan, Bugula dentata . Nudibranchs have their teeth on their radula which is similar but not quite the same as a tongue. Food is grasped and processed by the radula and passed through the esophagus into the stomach.  After digestion waste products pass through the intestine out the anus, which in dorid nudibranchs is in the middle of the gills. 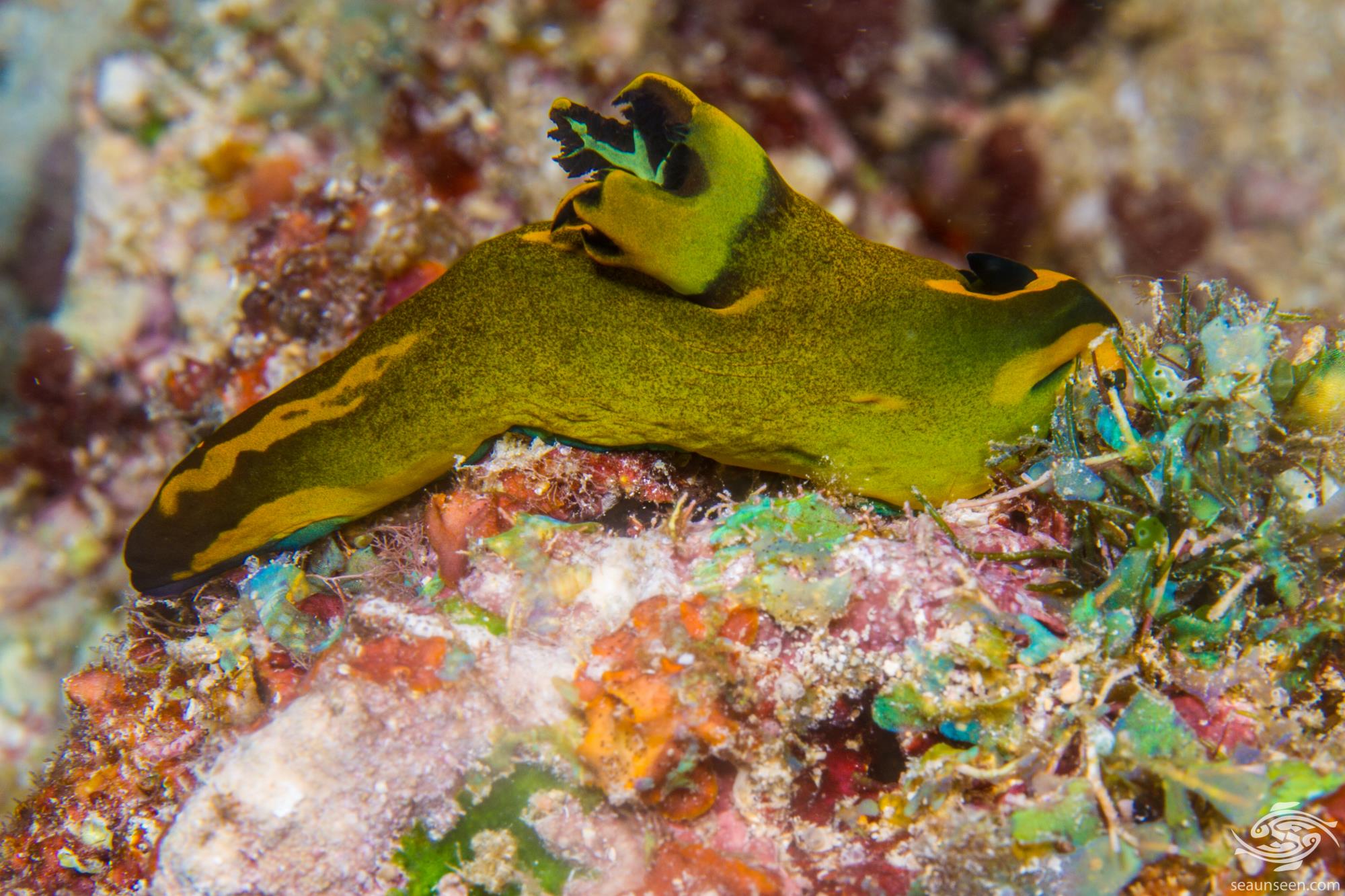 Tambja olivaria are simultaneous hermaphrodites and mating takes place by connecting the sexual organs which are on the right hand side of the body. Once the two organs hook up sperm is transfered across to each specimen. Eggs are laid on a solid substrate in a ribbon and when they hatch the larvae become planktonic before growing into adults. 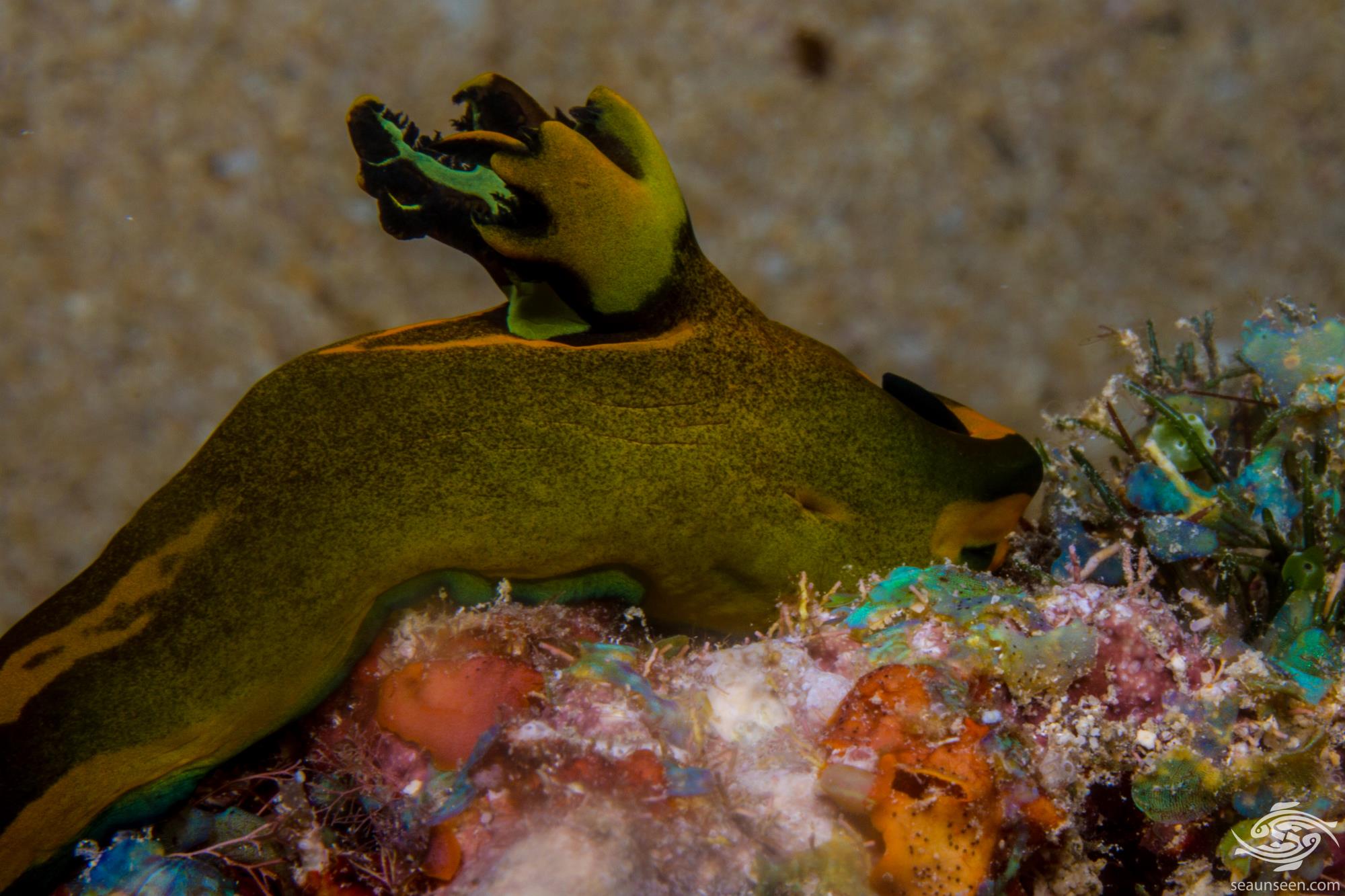