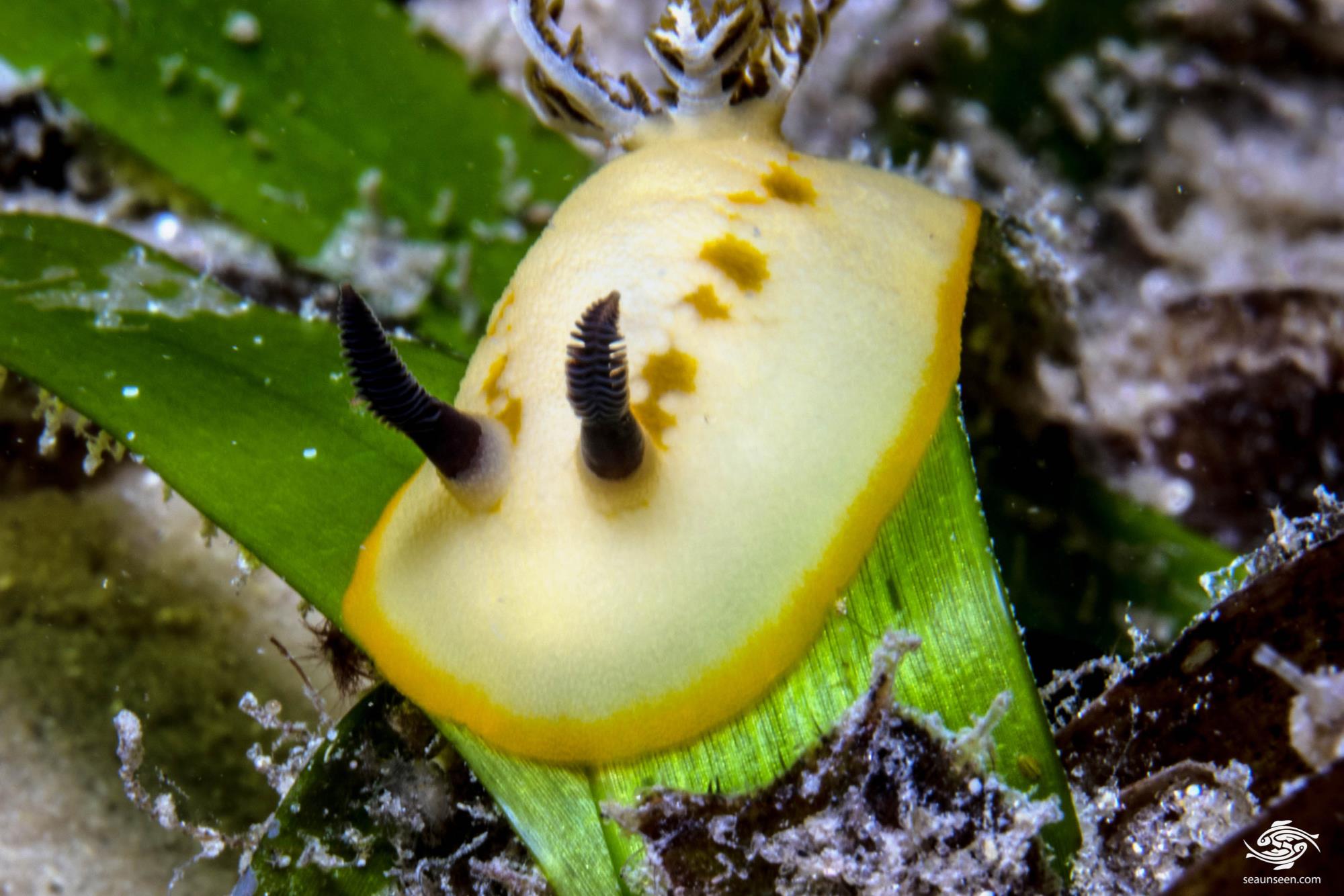 Taringa caudata is a species of colorful sea slug that is fairly rare in Tanzania but is common in certain locations. They are dorid nudibranchs, marine gastropod mollusks. They were first described by Kelaart in 1858 and were initially named Doris luteola. They were later again described as Thordisa caudata by Farran in Ceylon ( Sri Lanka) in 1905. In 1906 Elliot found specimens in Madagascar and synonymized the two species to Taringa caudata.  They are not common in Tanzanian waters and we have only found them on Mafia Island in Chole Bay.

Taringa caudata have an elongated oval shape with rounded ends. The body is a light yellow to a slightly darker yellow in some of the specimens we have seen.  At no stage have we seen an extended foot mantle as reported in India.  In all specimens we have seen there are a series of yellow brown marks running in line with the rhinopores back to the outside of the gills.

Each specimen we have seen has had slightly different marks. The mantle is ringed with a dark yellow line. Some specimens are smooth skinned and others have a bumpy skin. The gills are whitish with a black line on the upper edges.   The rhinopores are dark black with a white base. The largest specimens we have seen have been in the 70 mm range. 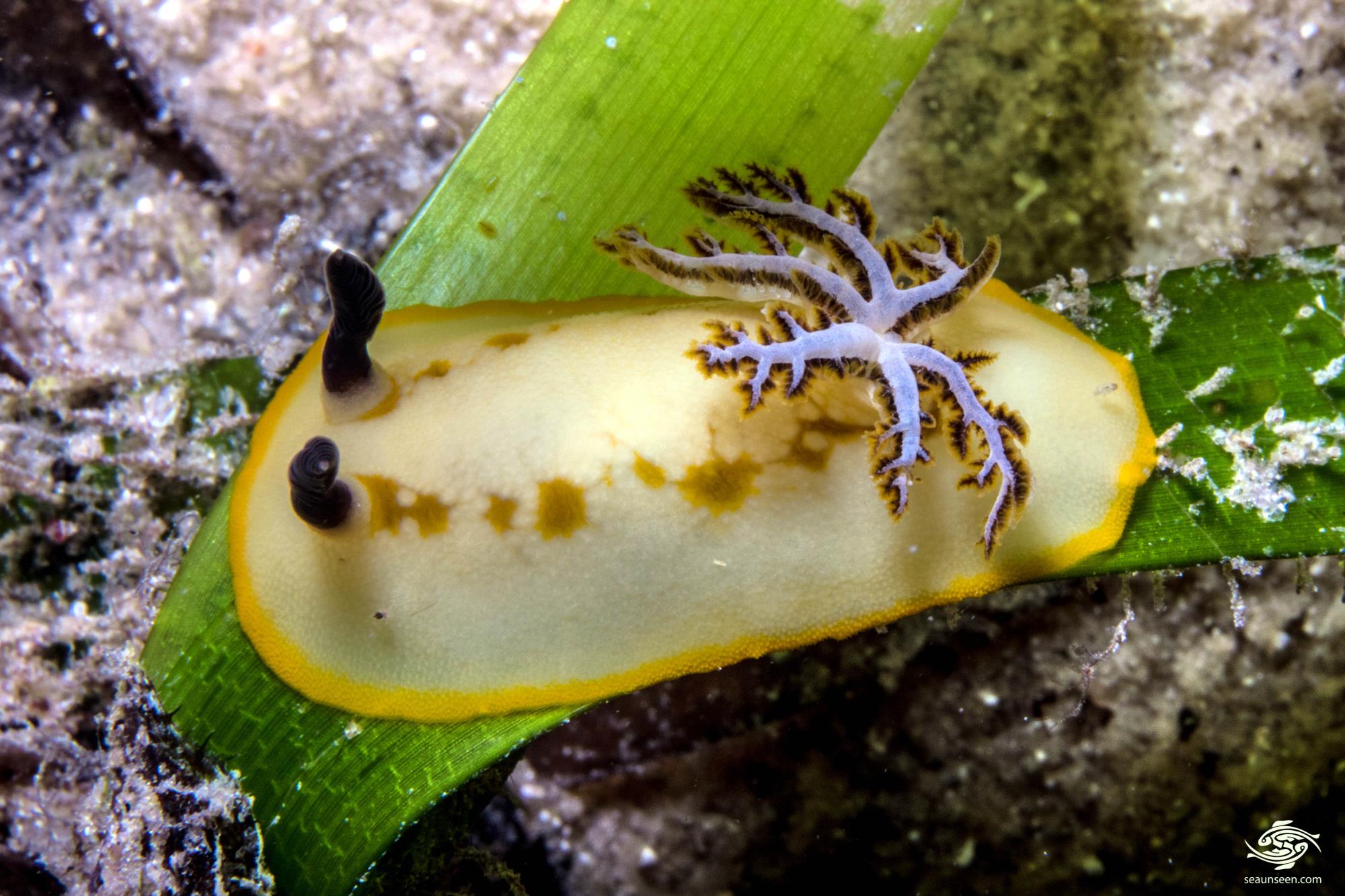 TARINGA CAUDATA IN THE WILD

Taringa caudata are not common in Tanzania and have only been seen in Chole Bay on Mafia Island.  They are usually seen in the shallows in 1.5 to 6 meters and are almost always seen on sea grass as pictured in the images. Given they are reported to feed on sponges this is unusual. 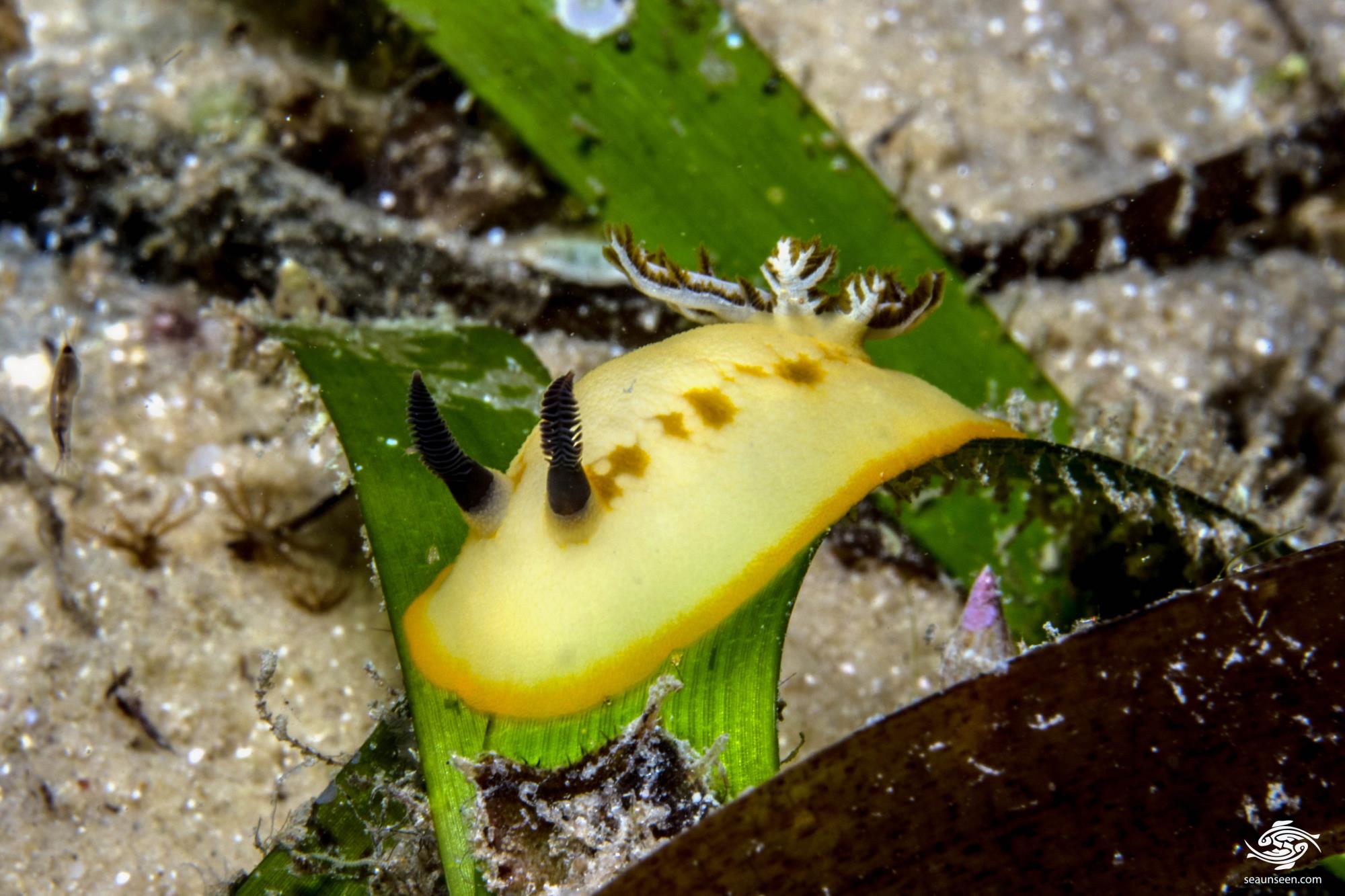 The Taringa caudata is found across the  West Indian ocean . To date we have only seen them on shallow sandy rubble bottom or on seagrass. 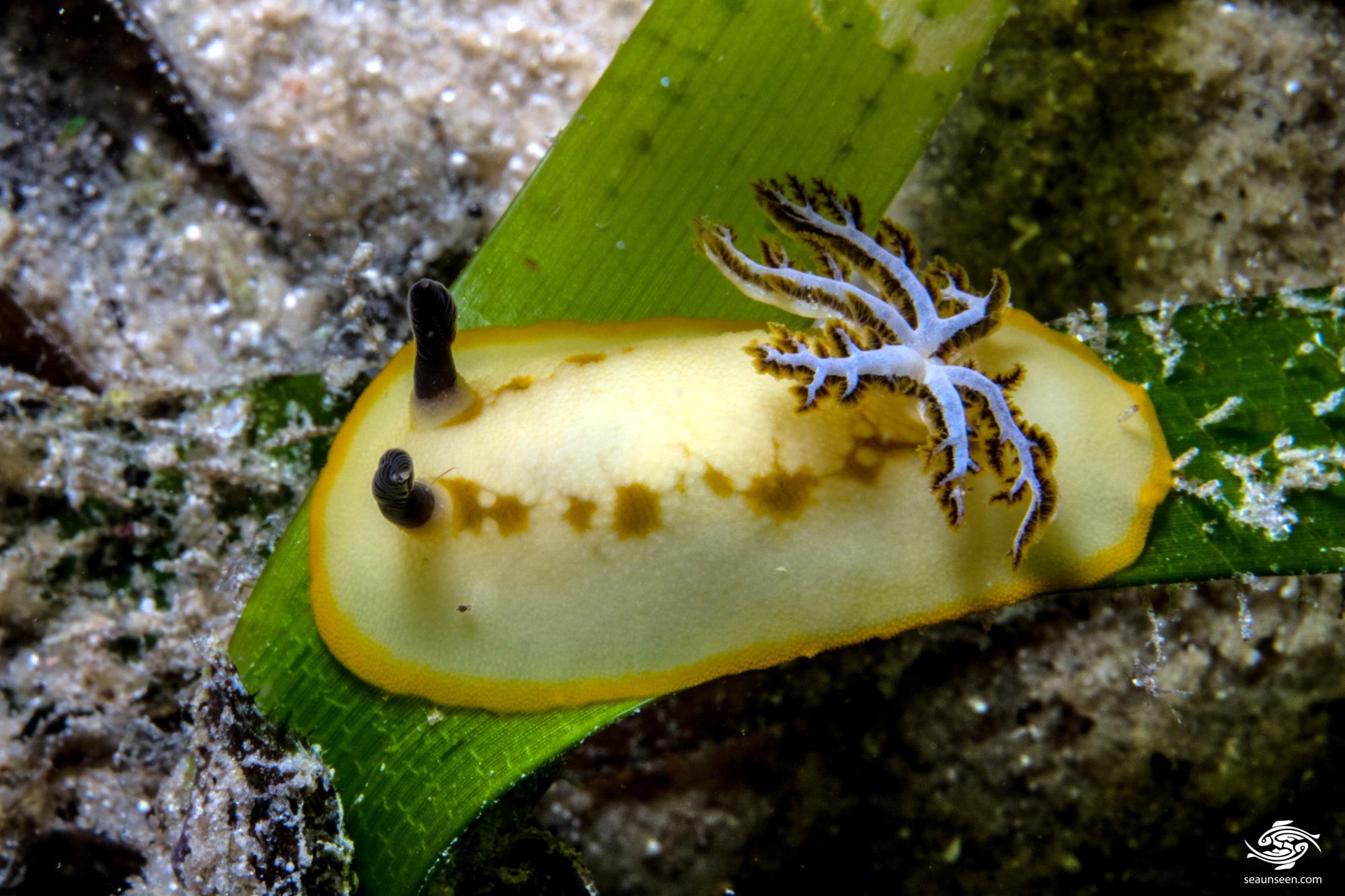 Taringa caudata is reported to feed on a bluish-green haplosclerid sponge and in the image below where the stomach has popped out the body possibly due to an injury, the stomach appears filled with a blueish green substance.  They are commonly seen on seagrass however. 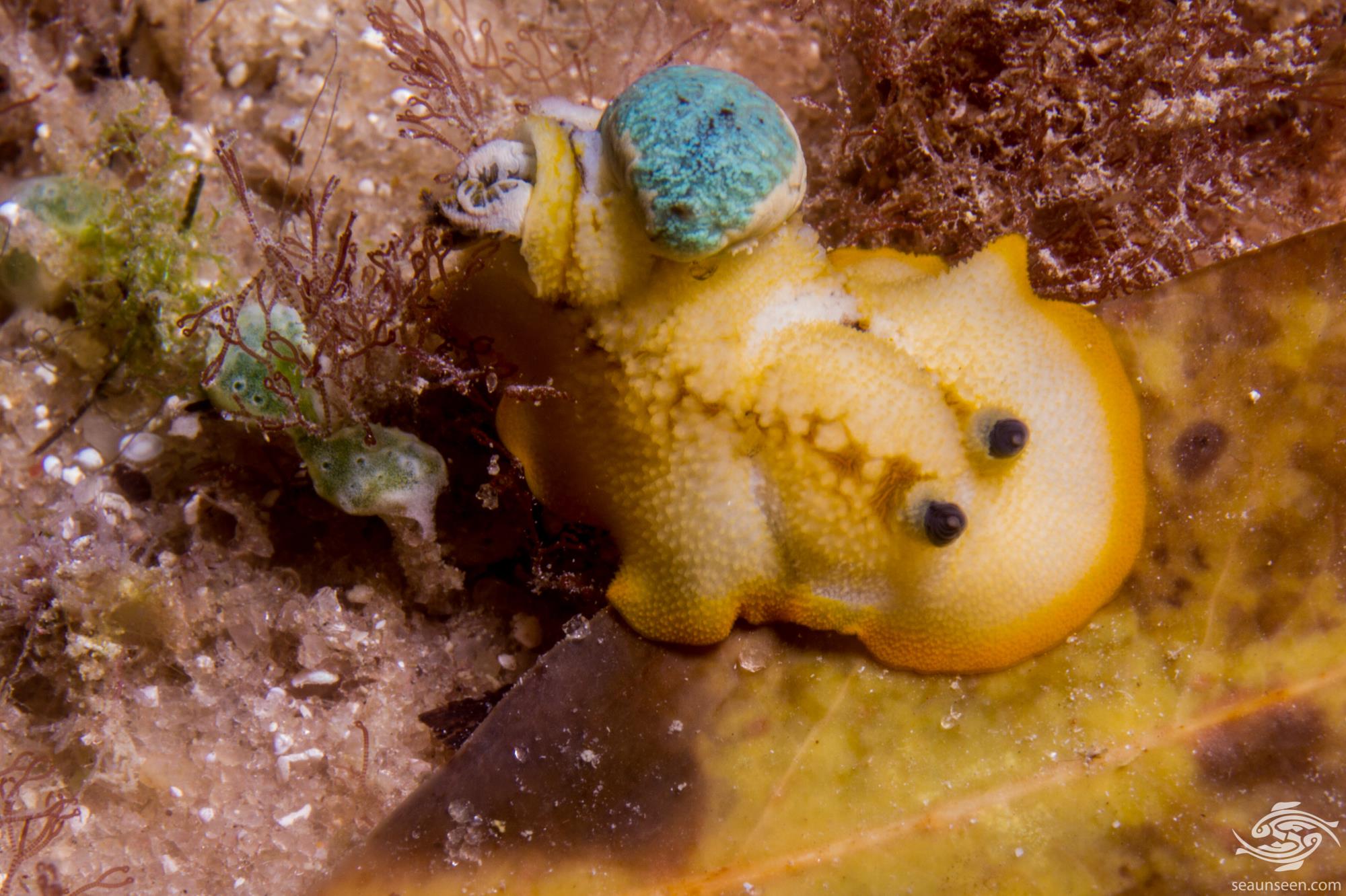 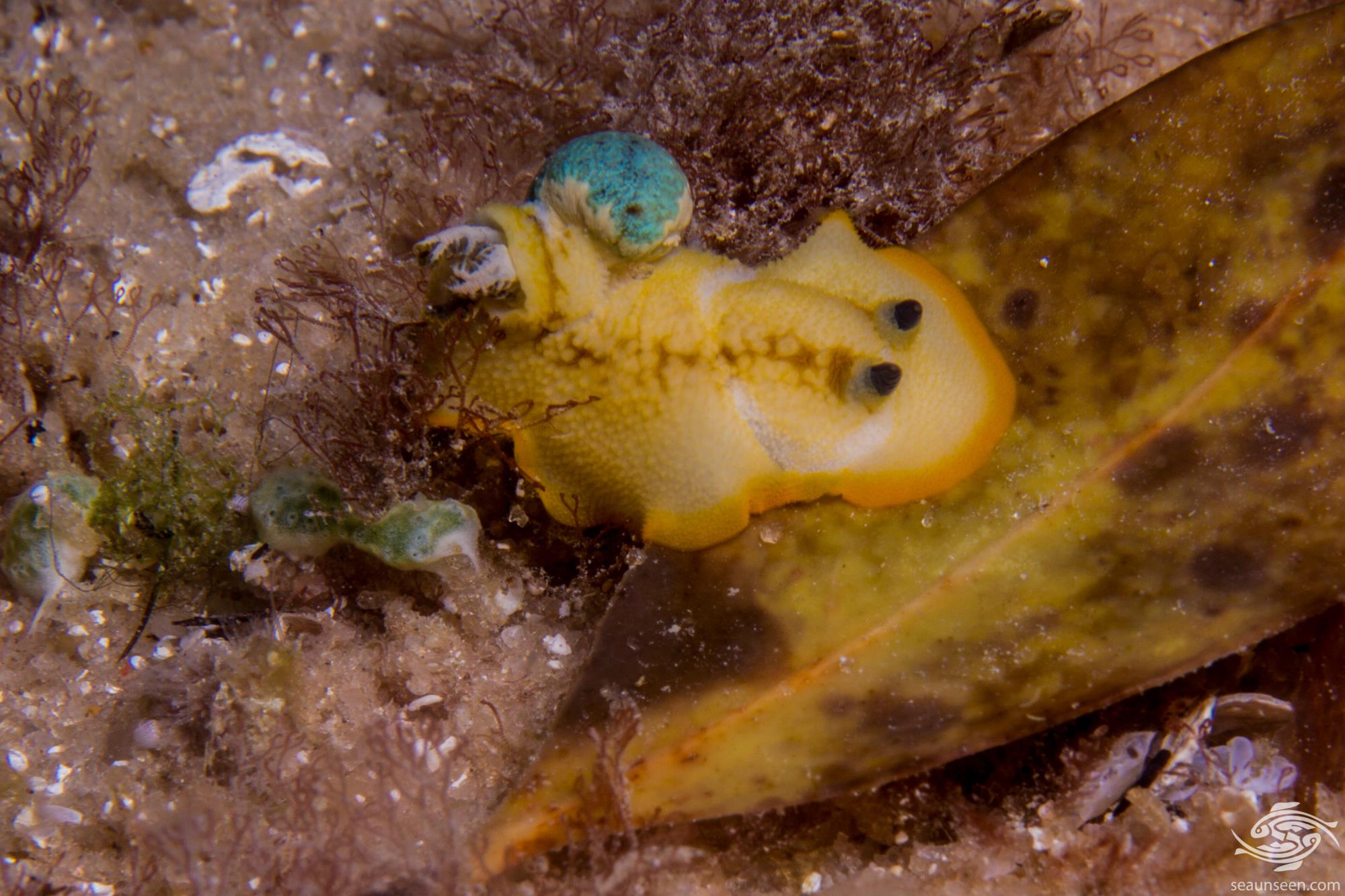 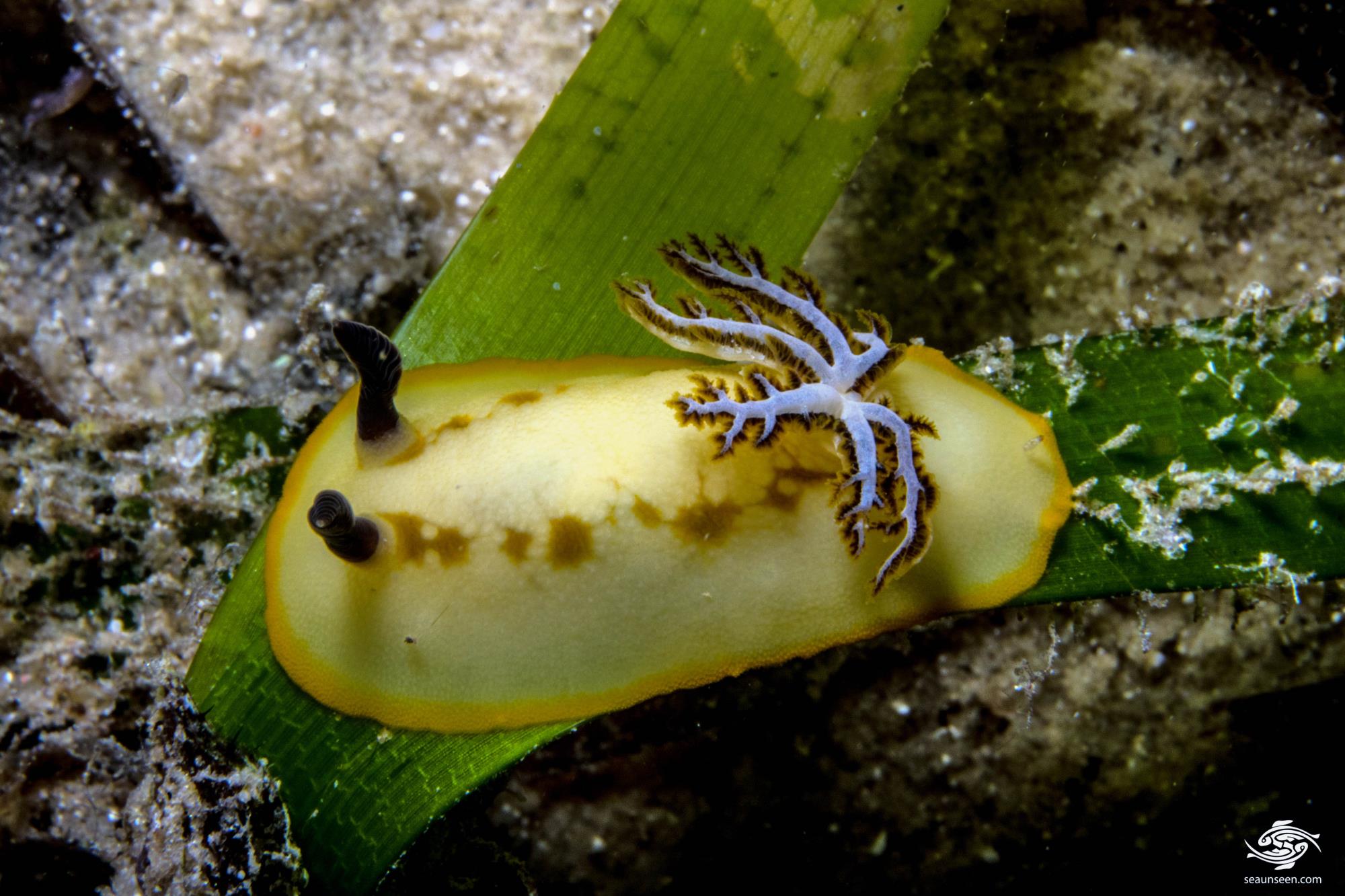