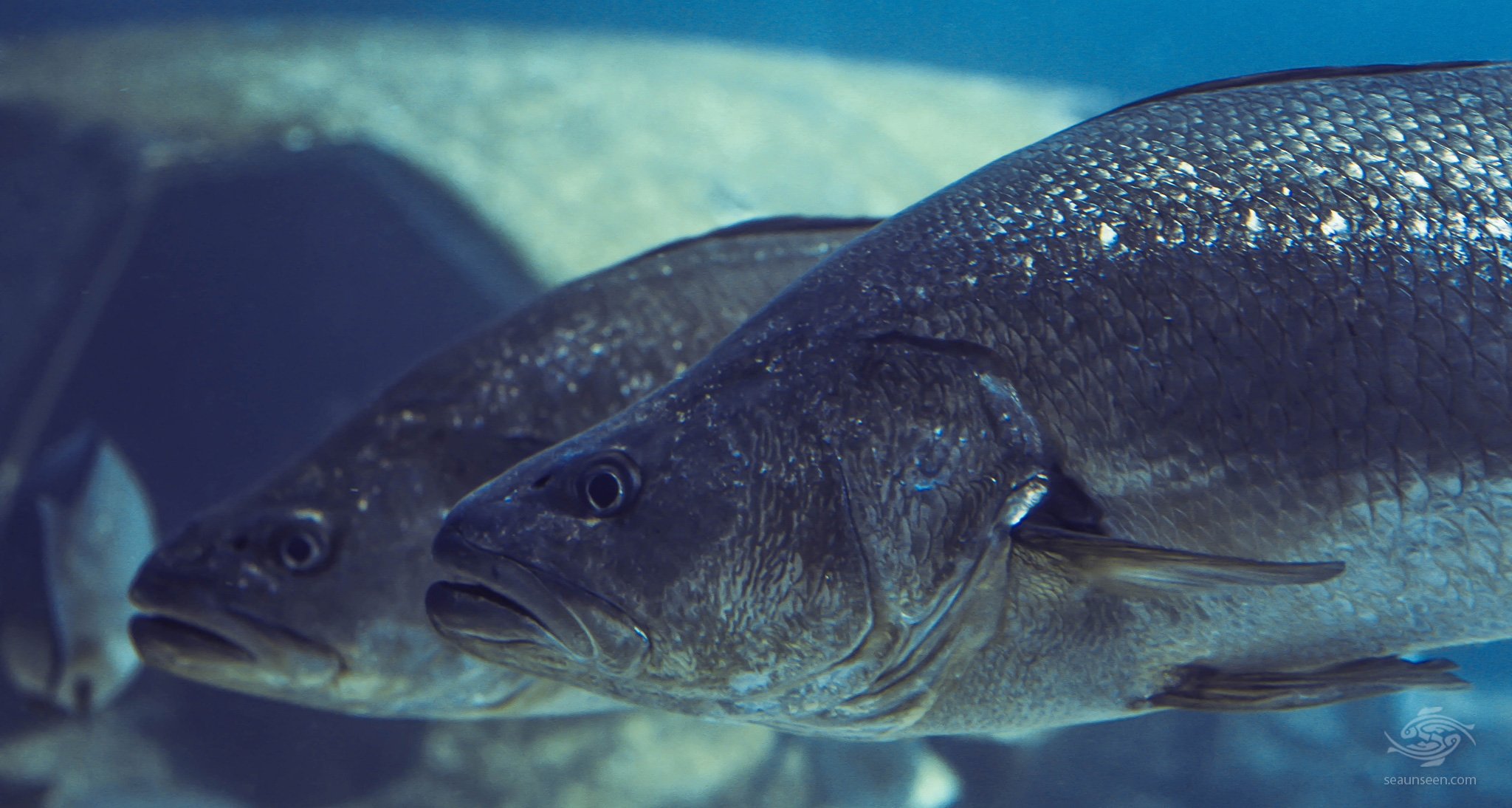 The daga salmon (Argyrosomus japonicus) or kob, dusky kob, kabeljou or mulloway jewfish is highly sought after by anglers and spear fishermen as well as commercial fishermen. They are a favorite to catch in that they grow quite large and put up a good fight, particularly on line in deep water, and they are very good to eat.

In some parts of the world it is considered lucky to catch them as they have large ear stones or “jewels” within their head.

The fish have large scales with a bright silvery to silvery grey sheen with a pinkish tint around the face. Only visible underwater are a line of silver spots arching back across the body on the lateral line. The fish can grow up to 2 meters in length with a weight of some 77 kilograms.

These fish are free swimming and are found across the Indo Pacific area in coastal waters, mainly behind the surf zone on sandy bottoms. They will also go into estuaries and target shoals of fish there. In South Africa they favor shoals of mullet in the estuaries. Juvenilles often spend their time in sheltered estuaries and are tolerant of low salinity.

On the Kwa Zulu Natal coast, daga salmon congregate in large shoals every June to October and feed voraciously on any fish or crustacean they can find. They generally target smaller fishes and crustaceans and at times will go into estuaries and target shoals of mullet.

Daga Salmon is targeted by anglers, spear fishermen, commercial fishers and at times seine netters. They have been caught on lures but live small fish, such as Pinky as bait is one of the more popular methods used to catch them on line in South Africa. They feed mainly on smell and lateral line sense and a fish head is sometimes also used as bait.

Large shoals of 40 to 50 kilogram fish are not unknown but as overfishing places pressure on the species, these shoals are not as commonplace as they used to be.