The Map Cowrie-Facts and Photographs 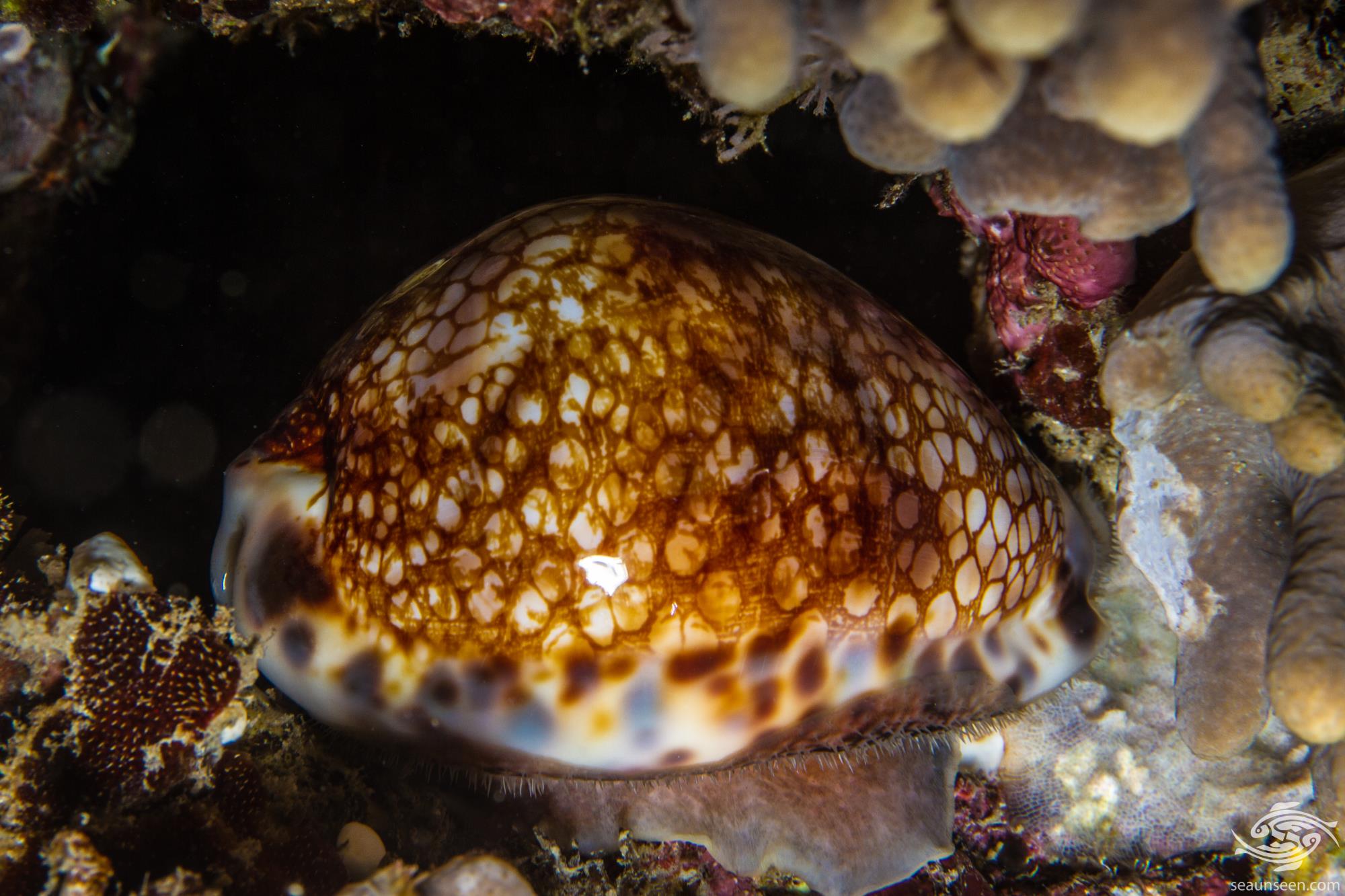 The Map cowrie (Leporicypraea mappa) is one of the larger species of cowrie found in Tanzania. They are marine snails in the family Cypraeidae. They are nocturnal and far more reclusive than the other larger cowries and are hardly ever seen out in the open on night dives. 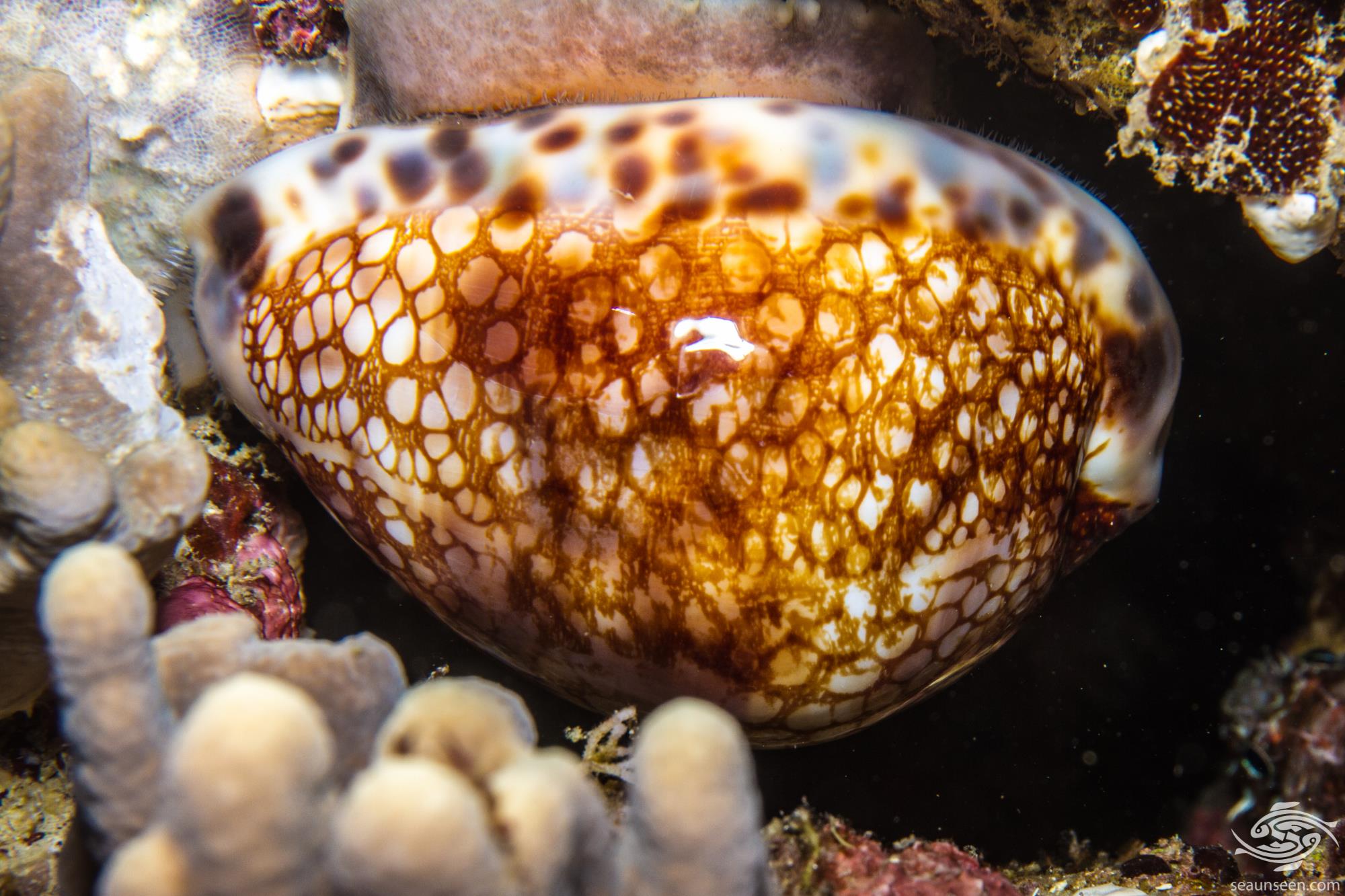 Roughly egg-shaped, the shell is glossy on the exterior and measures up to 10 cm in length. Most are however slightly smaller. The exterior of the shell is a  whitish color covered with a large number of brown lines which form random shapes. These shapes range from round patterns as seen on the specimen above to lines as seen on the specimen below. On the top of the shell where the mantles meet there are usually characteristic white patches in random patterns.

The mantle extends upwards from each side and the two sections meet on the top of the shell so as to cover it completely. The mantle is transparent and the raised tubercles on it are usually white. The mantle can withdraw completely into the shell for protection. There are three different specimens in the images and the patterns between each are noticeably different. 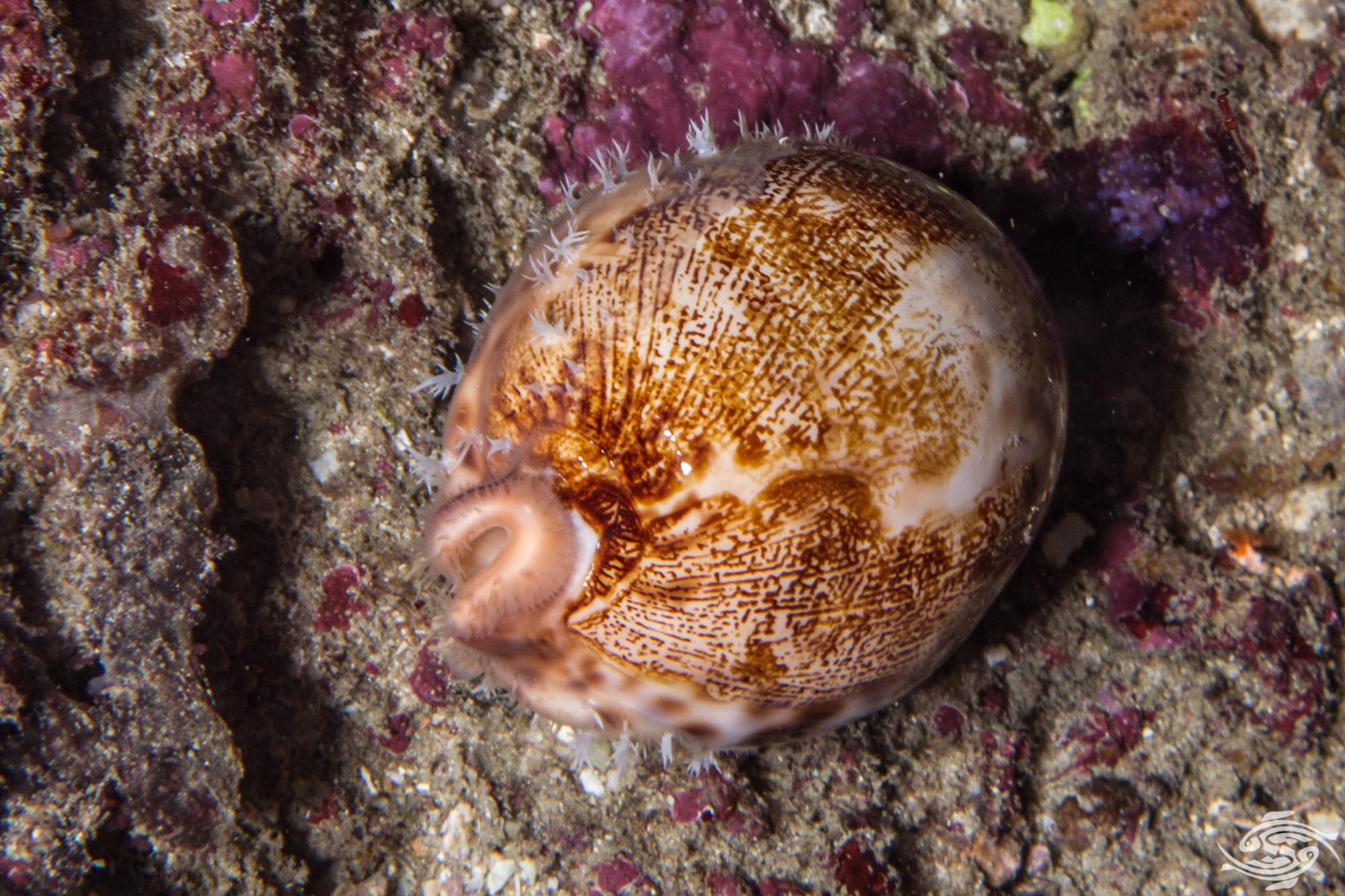 Map cowries are never seen during the day in Tanzanian waters. They are rarely seen at night and when seen are usually well hidden in a crevice. We have never seen one in the open. They are preyed upon by some species of fish, octopus which bite through their shells and cone shells. 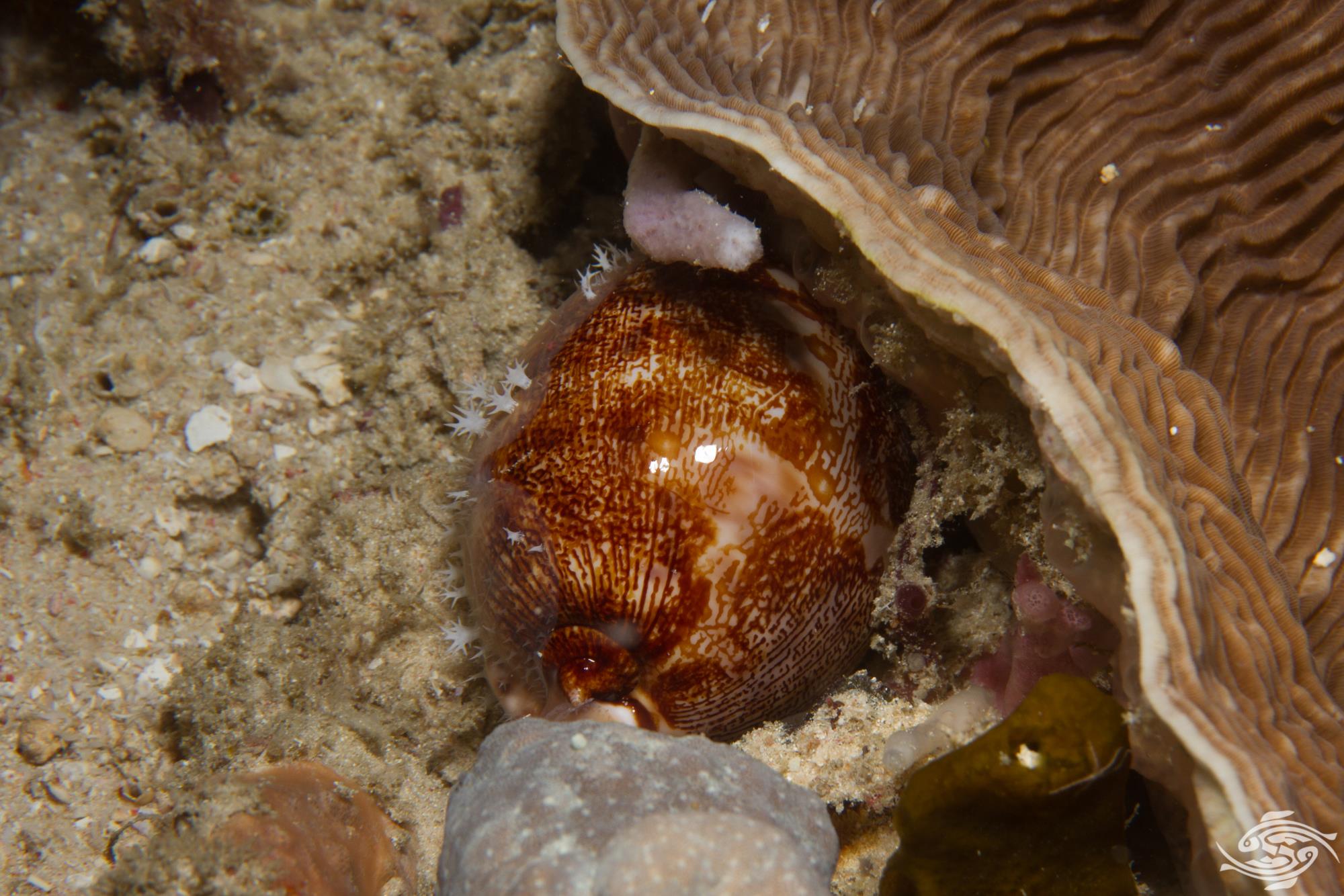 The Map cowrie is found across the Indo-Pacific region, from the east coast of Africa including Madagascar to Micronesia and Polynesia, the Coral Sea and the Philippines. Along the Australian Coast they are found on the west coast of Australia, including Lord Howe Island. They are found in East Africa from depths of 1 meter to 40 meters. We have always only seen them at depths of 1 to 18 meters however.  They are usually found on reefs in crevices. Across their distribution range there are several subspecies. 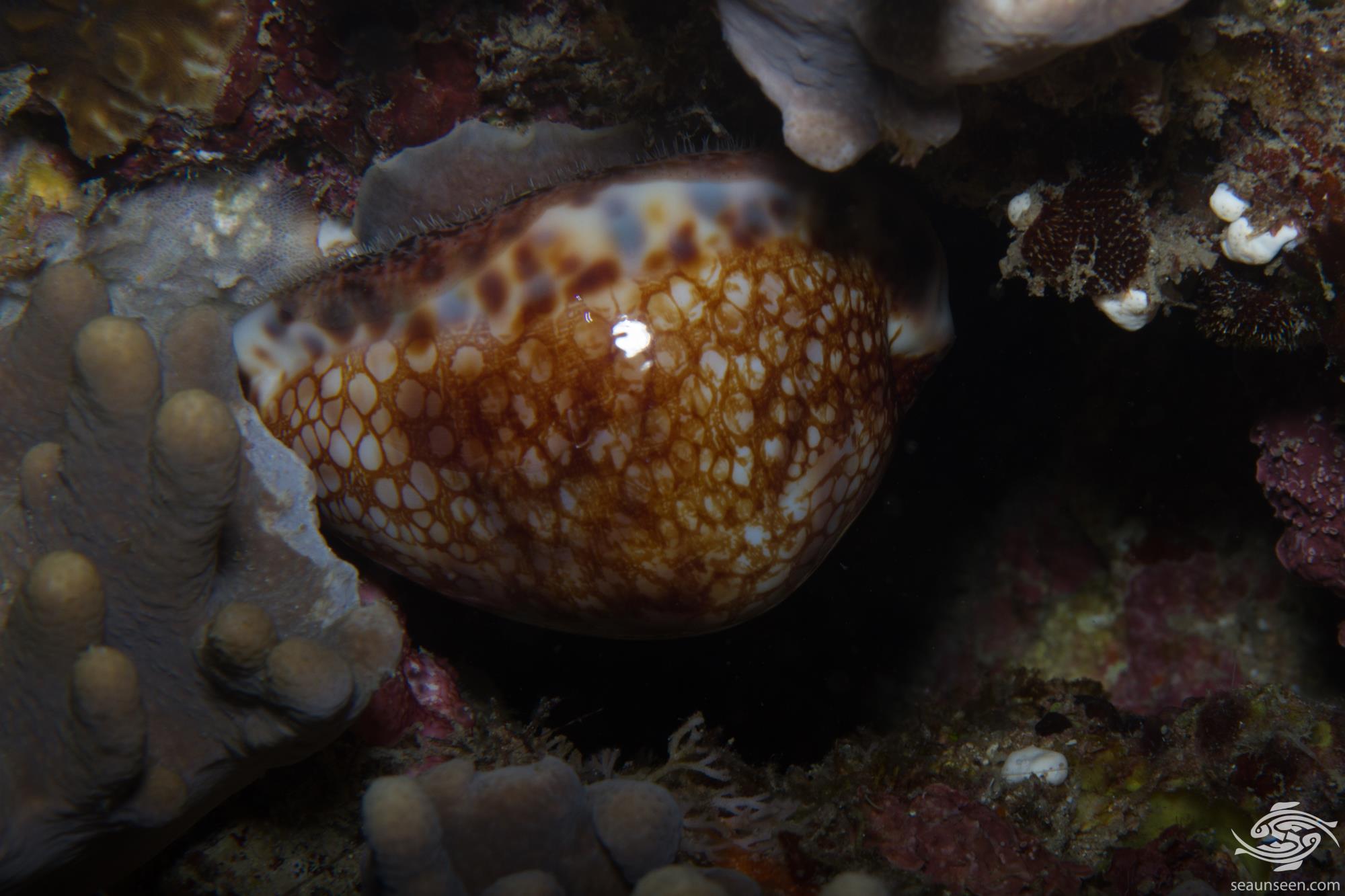 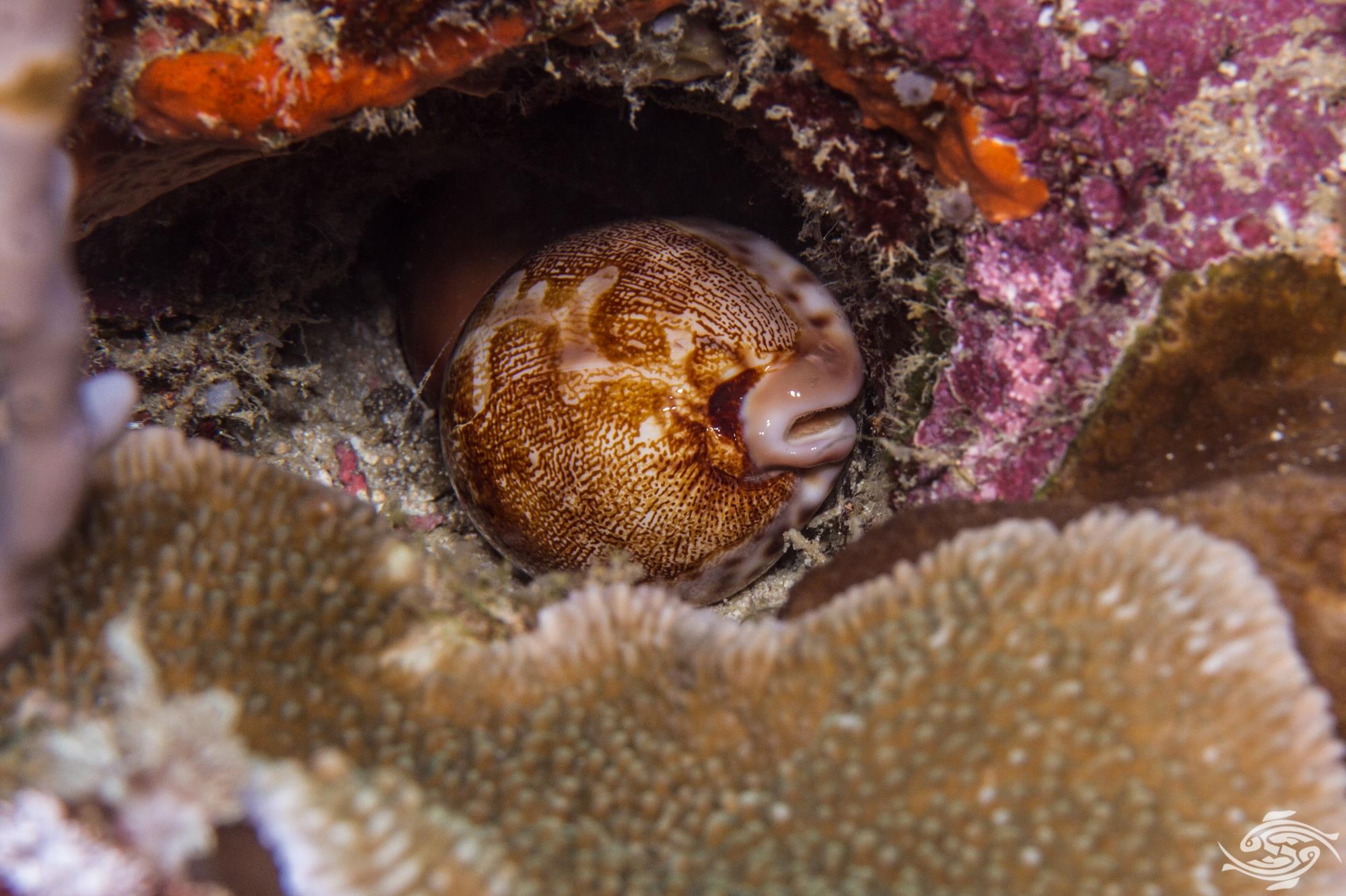 The Map cowrie is either male or female and after mating the female will lay the eggs and cover them with their foot. This is unusual amongst gastropods and is probably one of the reasons they are such a successful species. Once the eggs hatch they enter a planktonic stage and then  develop into young adults. Interestingly once a cowrie has reached its adult size the shell stops growing. 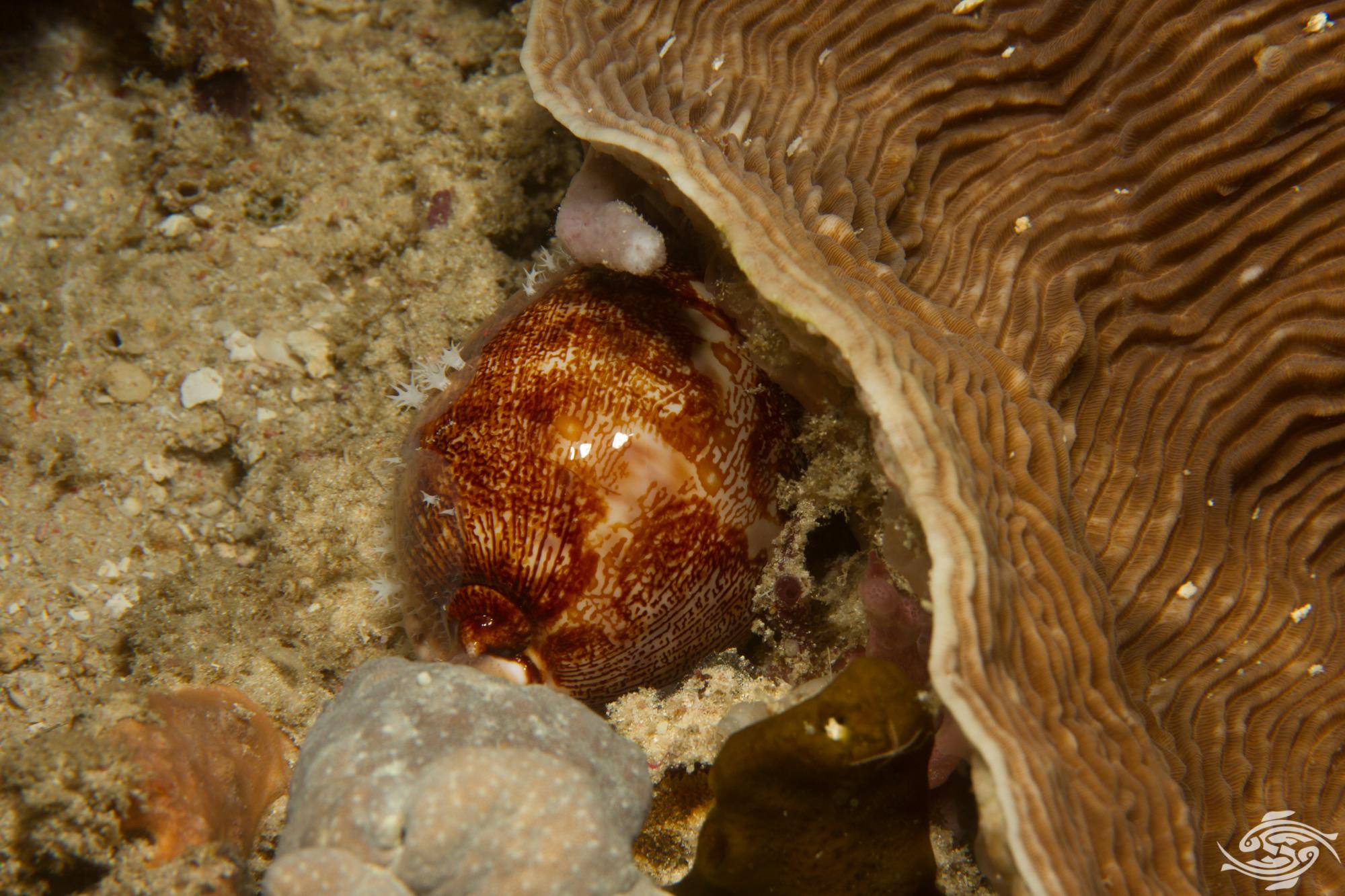 Once common throughout most of the Map Cowrie range, it is now much less common due to shell collecting and destruction of its habitat through development and other activities such as dynamite fishing, especially in shallower areas.  The shells however are still popular amongst shell collectors. They are however far more beautiful alive. They are collected for food in some areas. 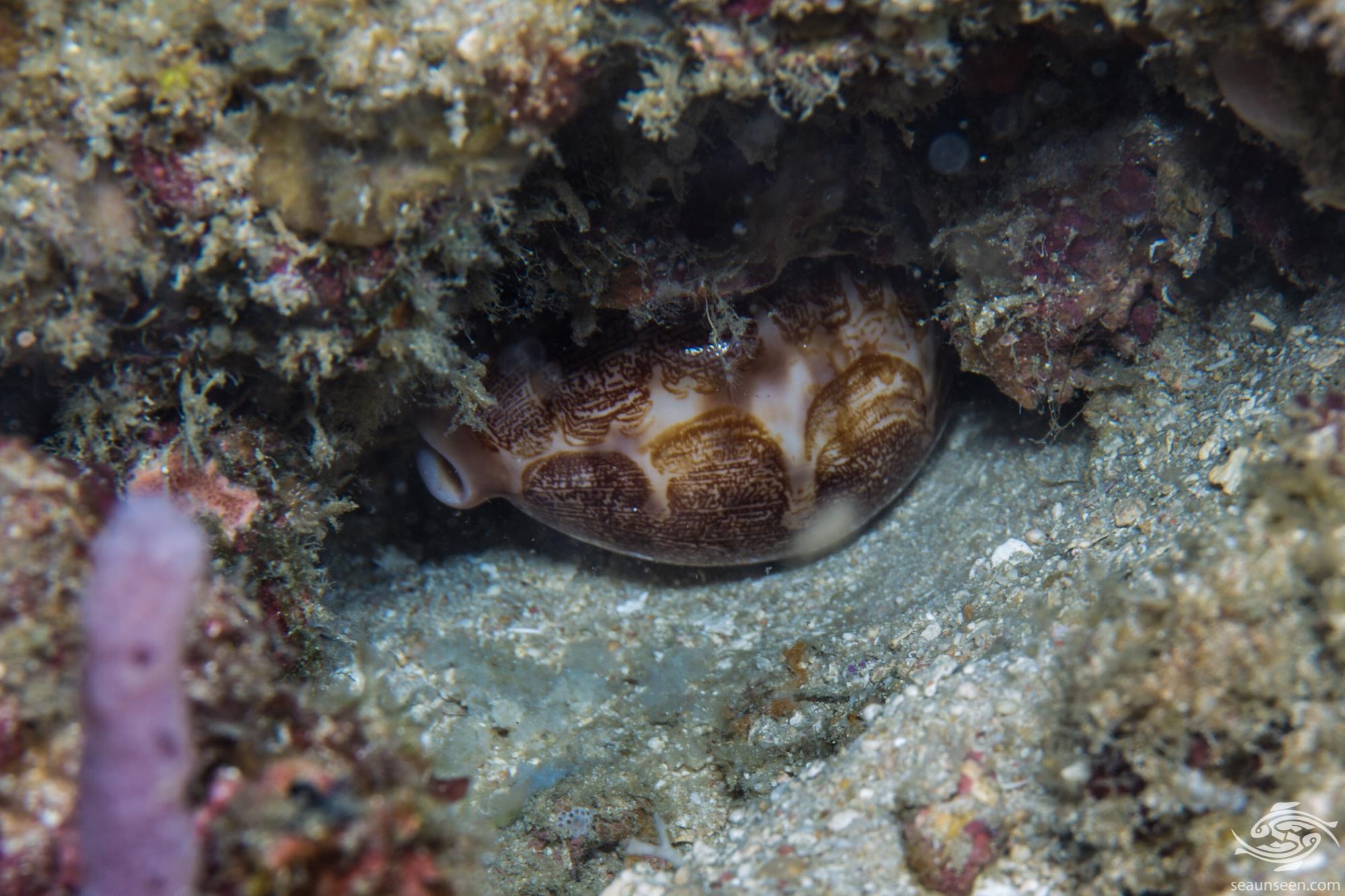 The Mao Cowrie can be kept in aquariums but because of their diet of sponges and soft corals and other marine organisms they are not suitable for reef tanks. It should also be remembered that they are nocturnal and feed at night and as such may not be seen much. They are probably better off in the ocean. 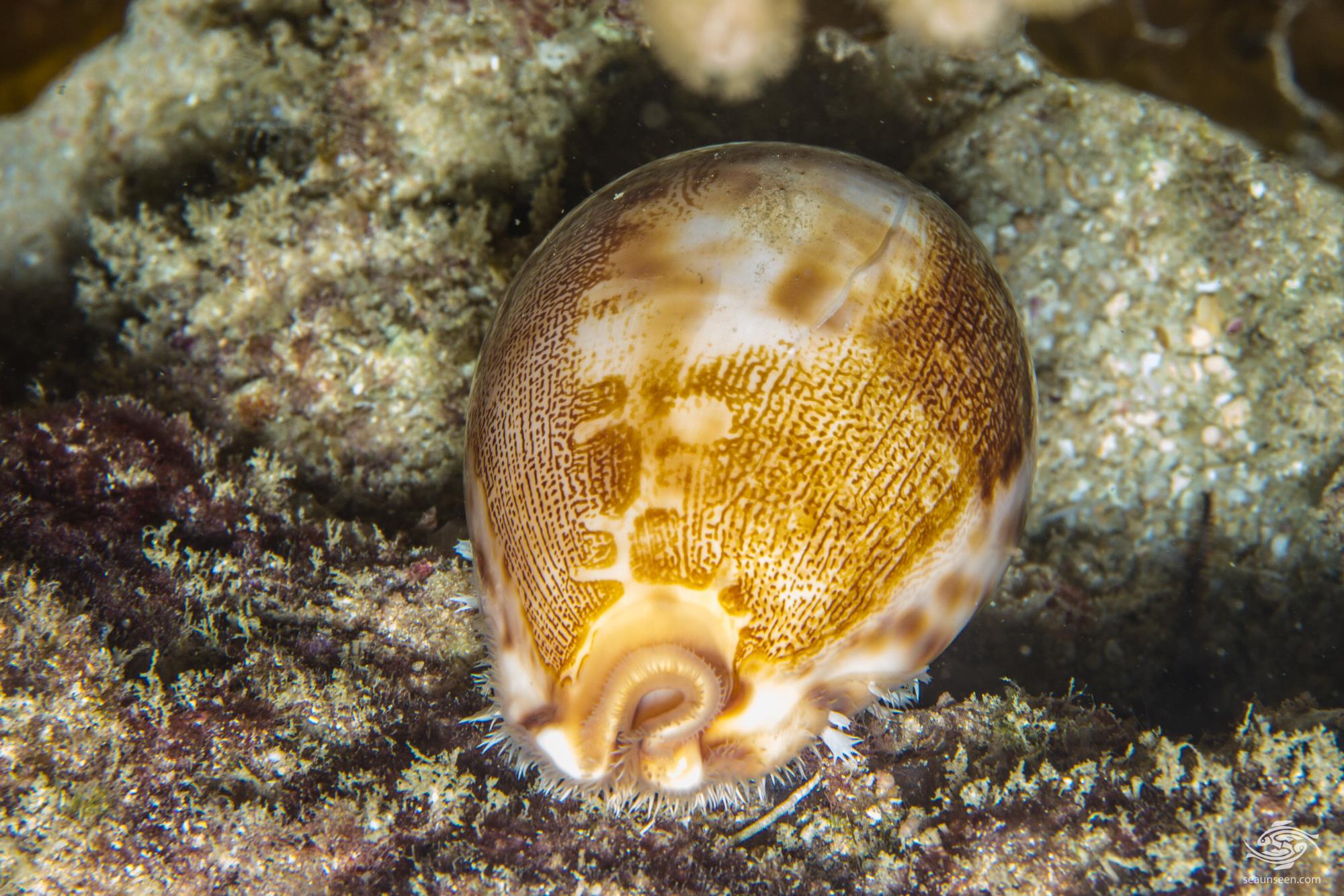