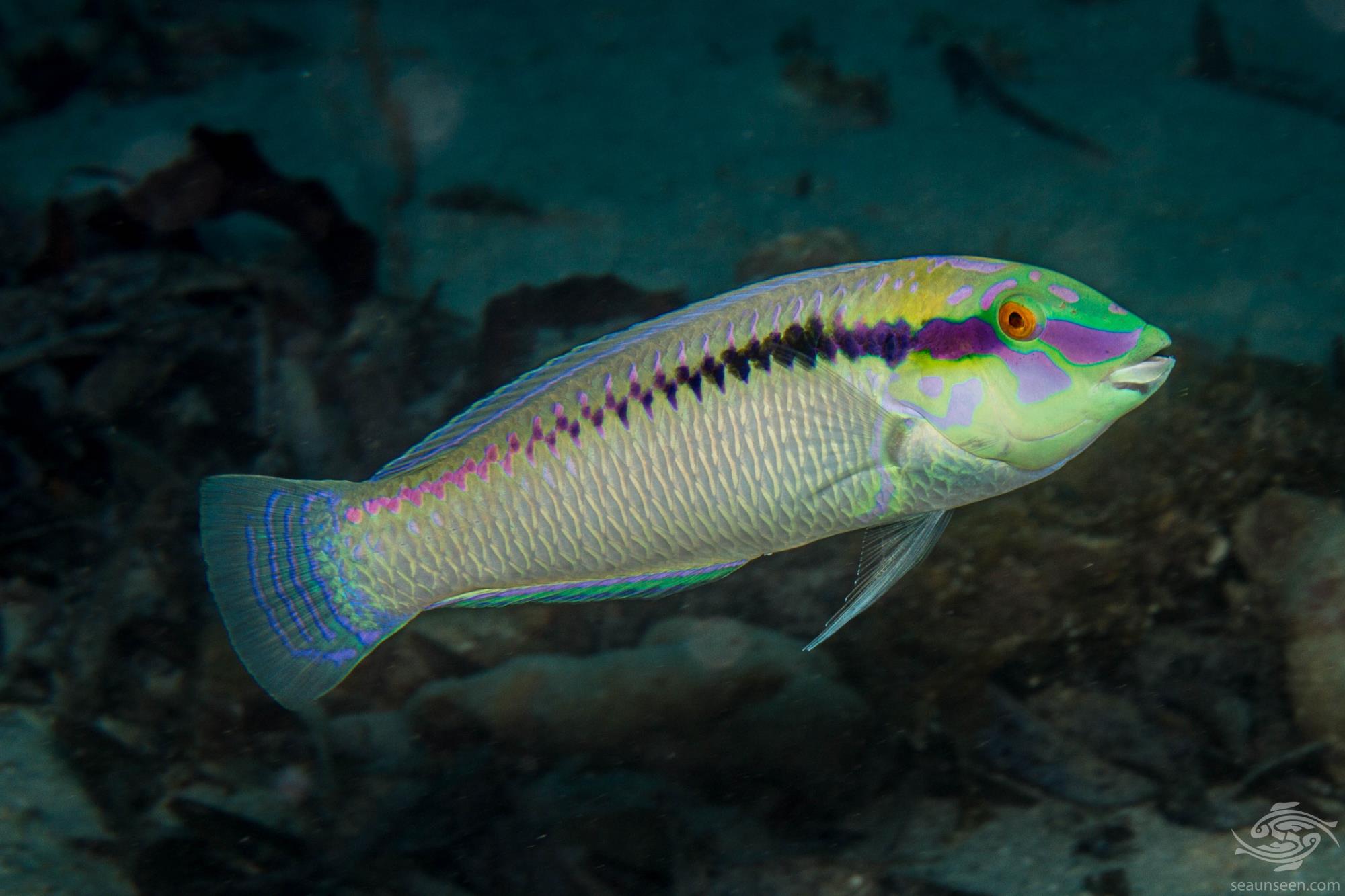 The Zig Zag wrasse , Halichoeres scapularis is a species of wrasse which grows to approximately 20 centimeters in length. There is little literature on these fish and they do not appear to have been studied in any detail. They have recently been noted to exhibit sporadic cleaning behavior.

As with many wrasses, they are protogynous hermaphrodites and start life as females with the potential to turn into males later in life. As a juvenile and a female, the zigzag wrasse has a white background coloration with a black or yellow or a black and yellow stripe zigzagging along the body. The area above the stripe has a slight bluish tint. 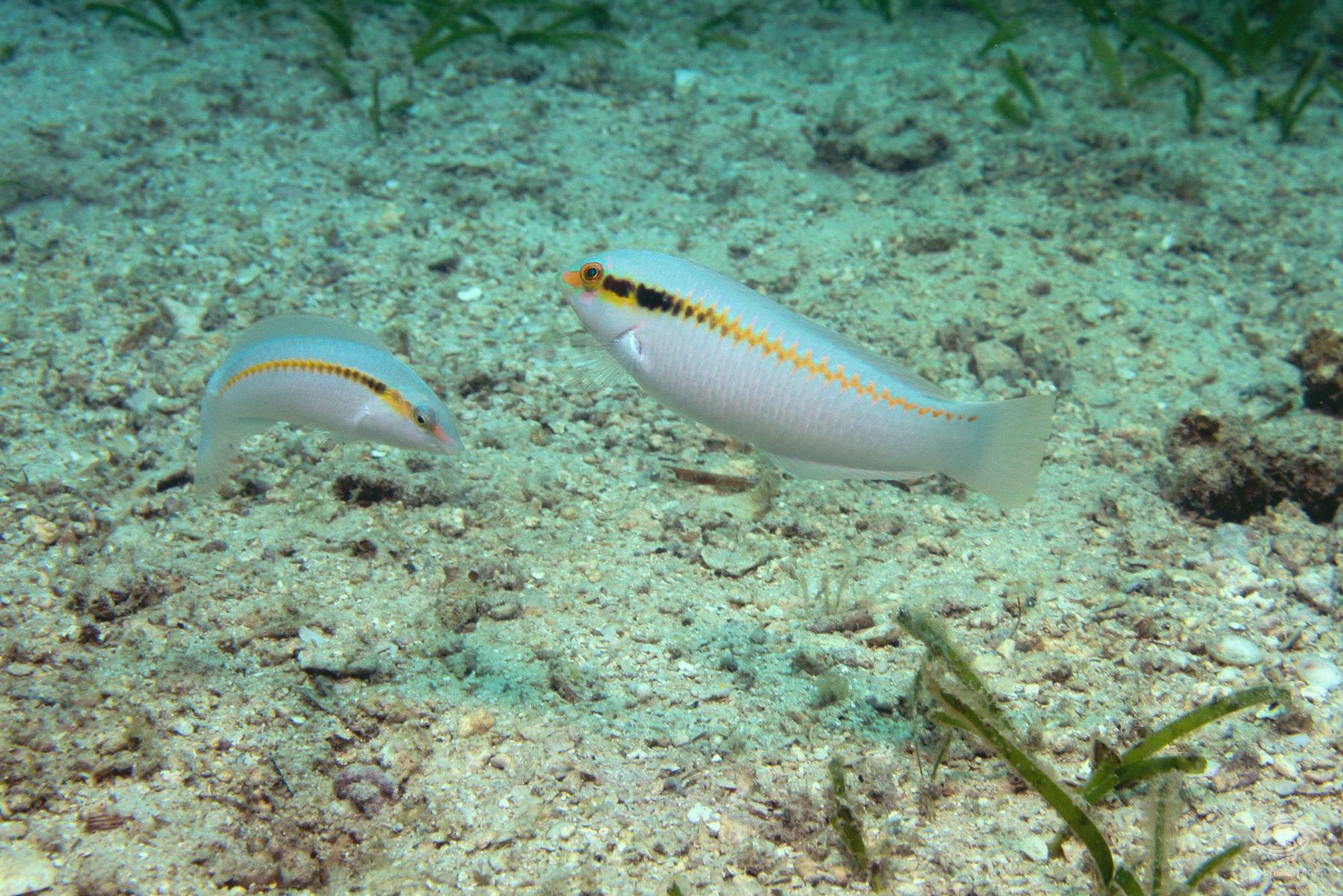 The zig zag wrasse occurs in tropical waters of the Indo-West Pacific area. The fish inhabits lagoons and seaward reefs and is most commonly seen searching over sandy and rubble filled areas alongside the reef although it has also been observed swimming across grass beds. It occurs mainly singly but can be seen in groups. 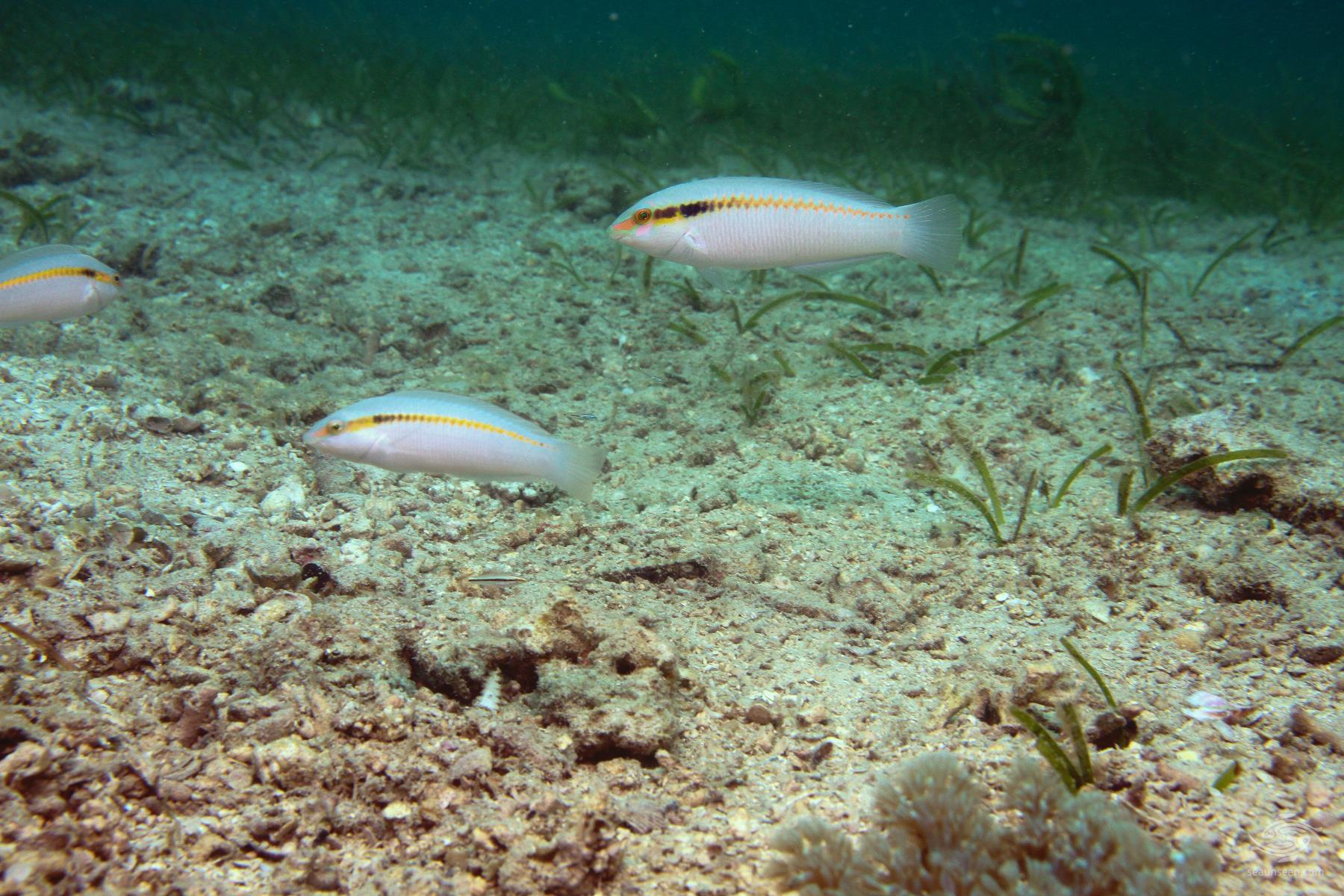 The zig zag wrasse forages singly or in groups for benthic crustaceans and they are commonly seen swimming across rubble near the reef and at times over the reef its self.

At Njau Gap on Pemba Island in 2014 we first noticed two of these wrasses cleaning two arabian spinecheeks Scolopsis ghanam. The individuals cleaning were both females as can be seen in the images. Similar behavior has been noted in Brazil with  Halichoeres penrosei which has been described as a sporadic cleaner wrasse. Halichoeres scapularis bears quite a physical resemblance to Halichoeres penrosei

Subsequently when diving in Dar es Salaam and Mafia Island in Tanzania we have observed the same behavior and interestingly have on several occasions seen the  females performing a similar dance to that of the blue stripe cleaner wrasse, dipping their tail up and down. The dance seems more of an impromptu action compared to the blue streak cleaner, Labroides dimidiatus and the bi color cleaner Labroides bicolor which both set up specific cleaning stations around coral bommies.

The juvenile zig zag wrasse does not seem to be as territorial as the Labroides species and seems to do its dance whenever it sees a potential “client” that it wants to clean and on occasion dances for a diver whereas the Labroides species are generally tied to a specific spot. To date we have not observed any terminal males doing any cleaning and possibly this is only performed by the females. We do have some fairly poor quality video of a fish exhibiting this dance should anyone wish to see it. It is however interesting that it uses the same behavior as  Labroides to attract “clients”.

As an experiment we placed some bait near Halichoeres scapularis and it vigorously ate it, whereas the same bait placed near Labroides dimidiatus elicited no response. Certainly the fish is a sporadic cleaner. 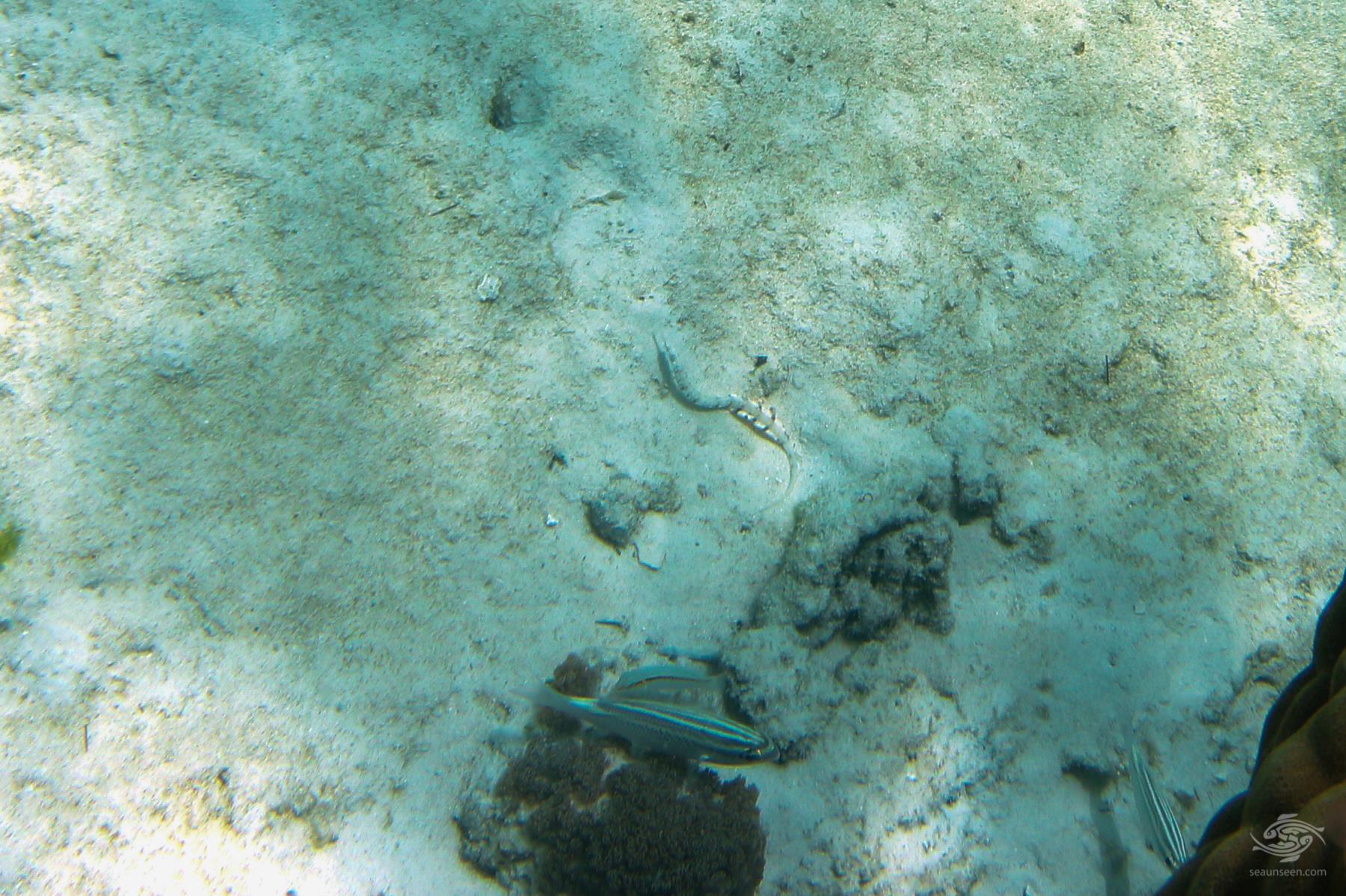 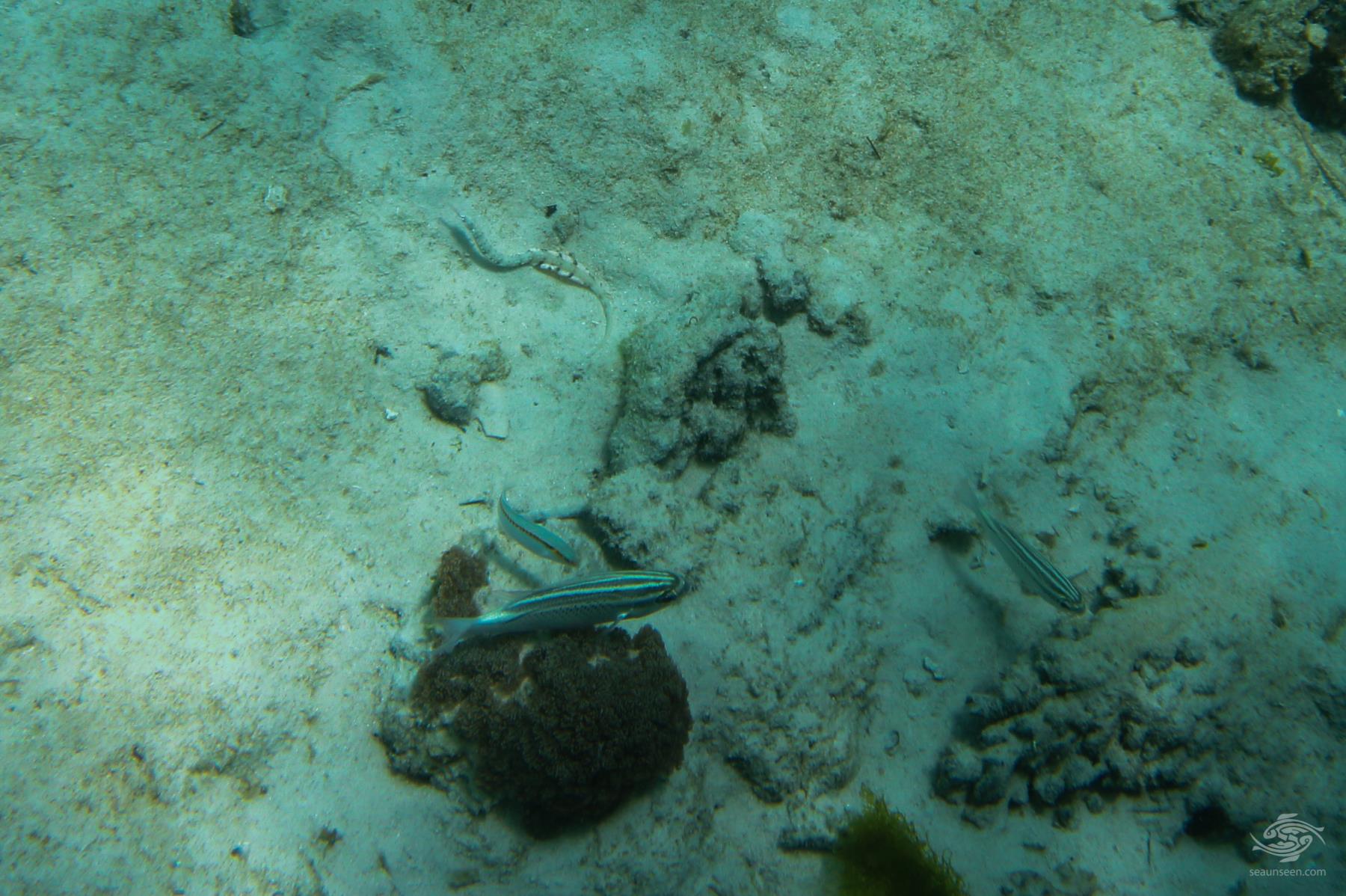 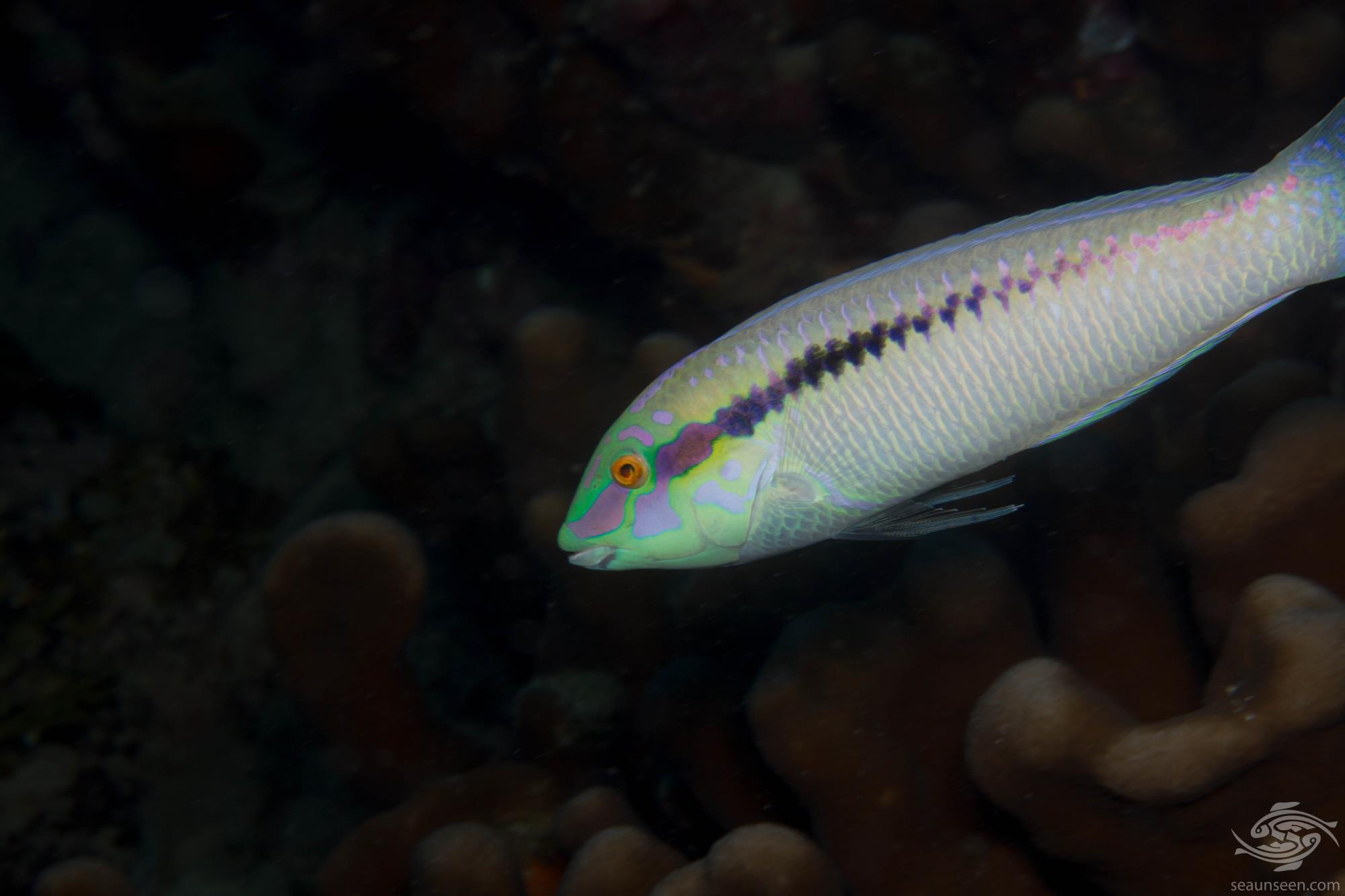 The zig zag wrasse is not commonly kept in aquariums. They would make an ideal fish for beginners as they are tough fish but would very likely be territorial. Sometimes on a big spring tide they can be seen stranded in rock pools with the water temperature over 35 C. They are voracious eaters of any meat bait put out and would be very easy to feed. They are a fairly attractive looking fish as well.