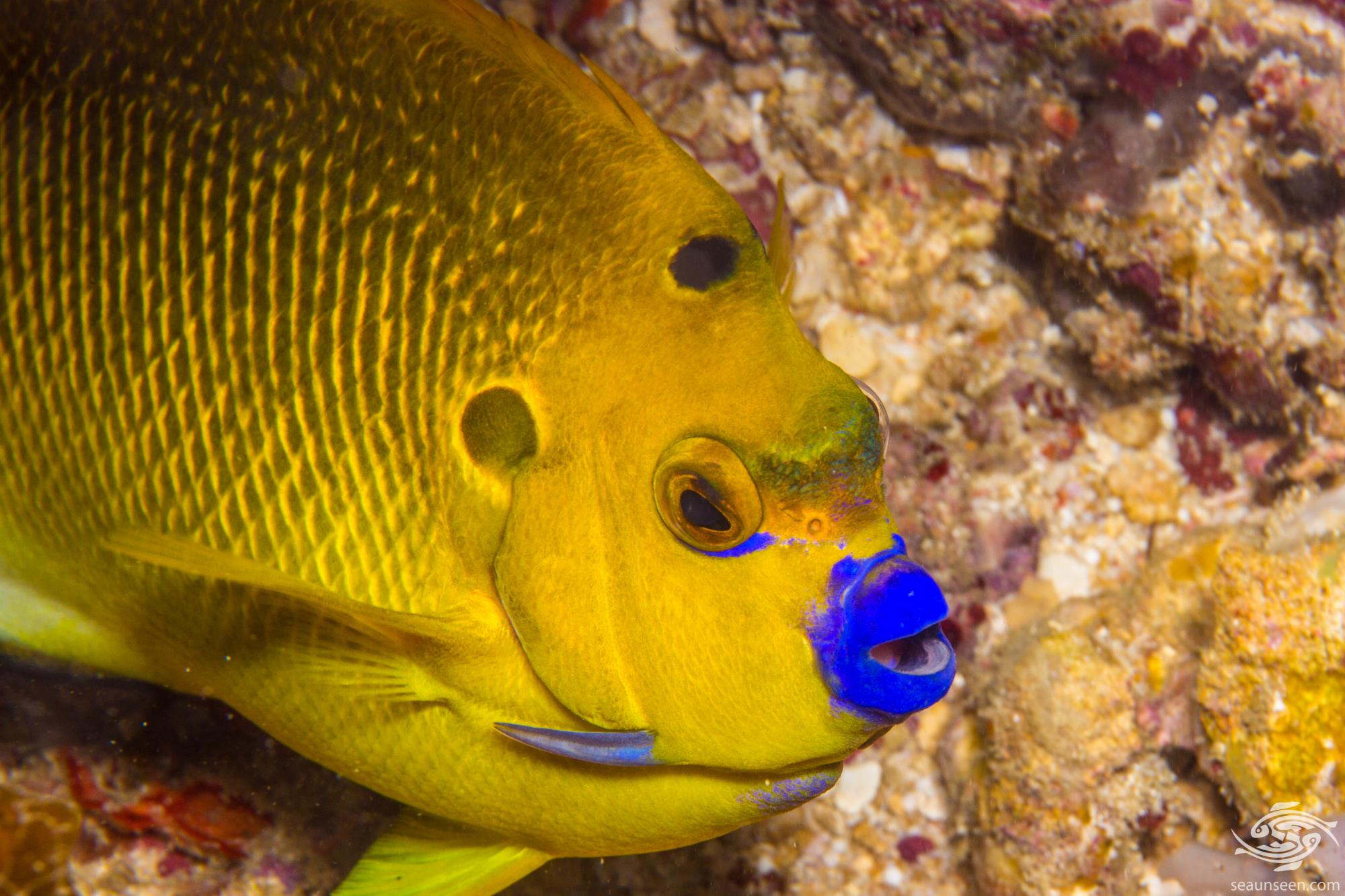 The Threespot Angelfish (Apolemichthys trimaculatus) is also known as the Three-spot Angelfish and the Flagfin Angelfish. They have a very distinctive bright colouration and are easy to see and identify underwater. Angelfish are closely related to Butterflyfish but can be distinguished by the preopercle spines which form part of the gill plate. The preopercle spine can be clearly seen in the image above to the left of the mouth. 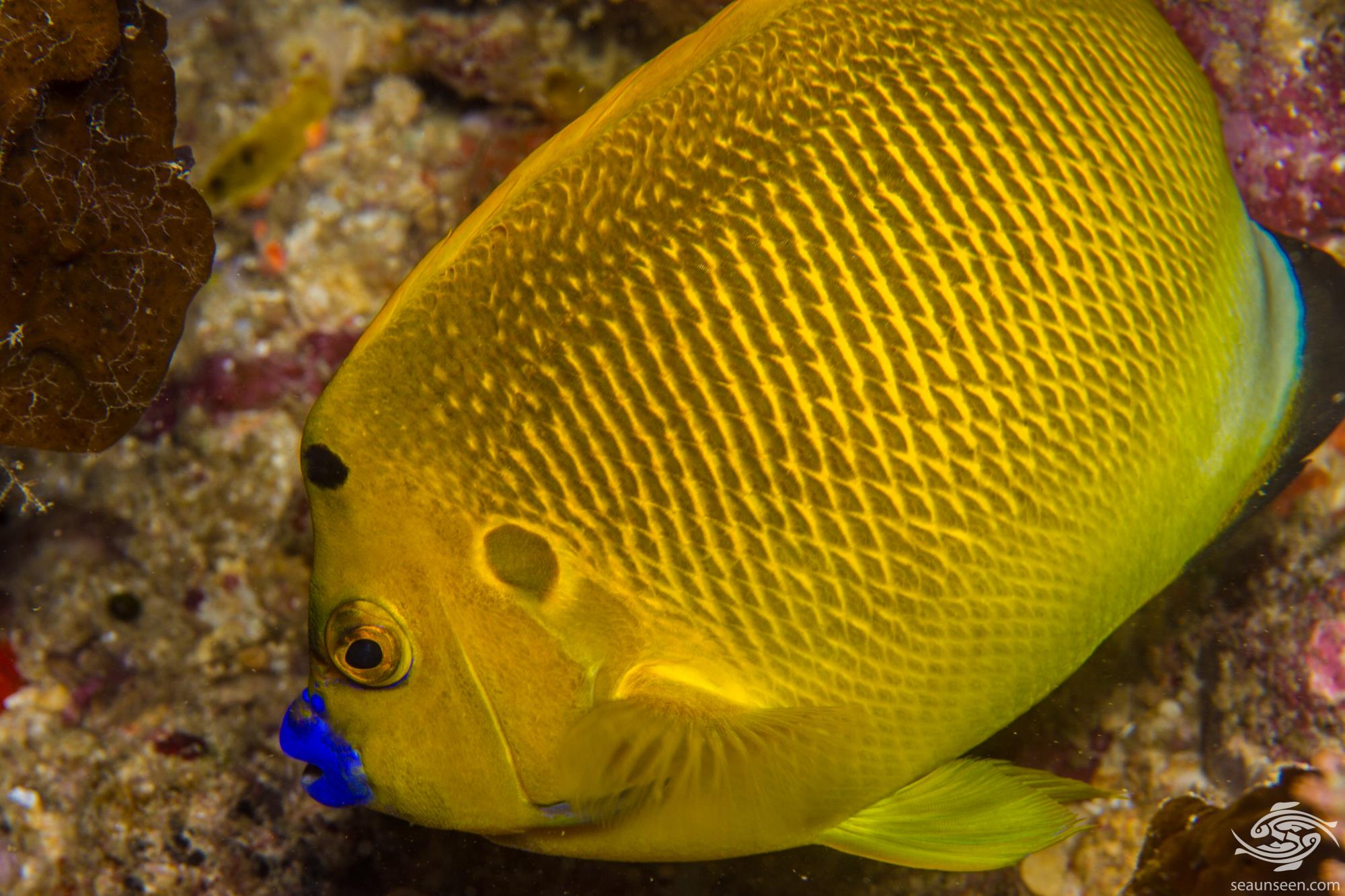 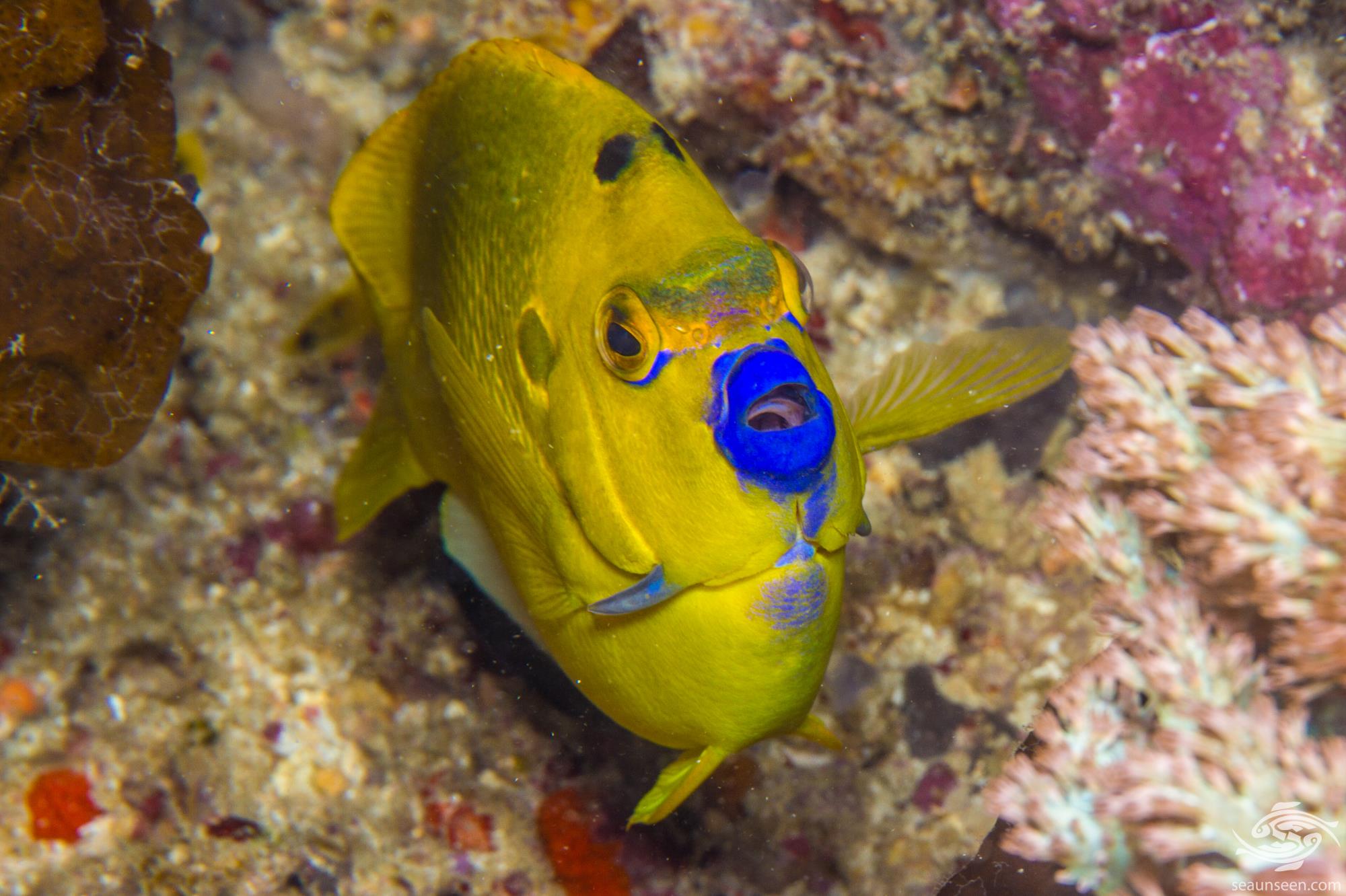 THREESPOT ANGELFISH IN THE WILD

The Threespot Angelfish is not that common on the Tanzanian coast but is common in certain areas. They are usually always found in areas with a high density of soft corals and sponges which are often associated with each other. They tend to be seen below 15 meters and it is unusual to see them shallower than this depth. If one approaches them very slowly they will usually head off and if one stops at this stage they will often come back and sit close to a hiding spot and observe one. They seem to be quite curious fish. They prefer areas that slope off towards a drop off and if they feel threatened always head for deeper water. Usually they are singular but occasionally they are seen in pairs or in groups of three to four fish. The juveniles which have a black spot on the base of the rear of the dorsal fin are usually found much deeper than the adults, around the 25 meter mark. 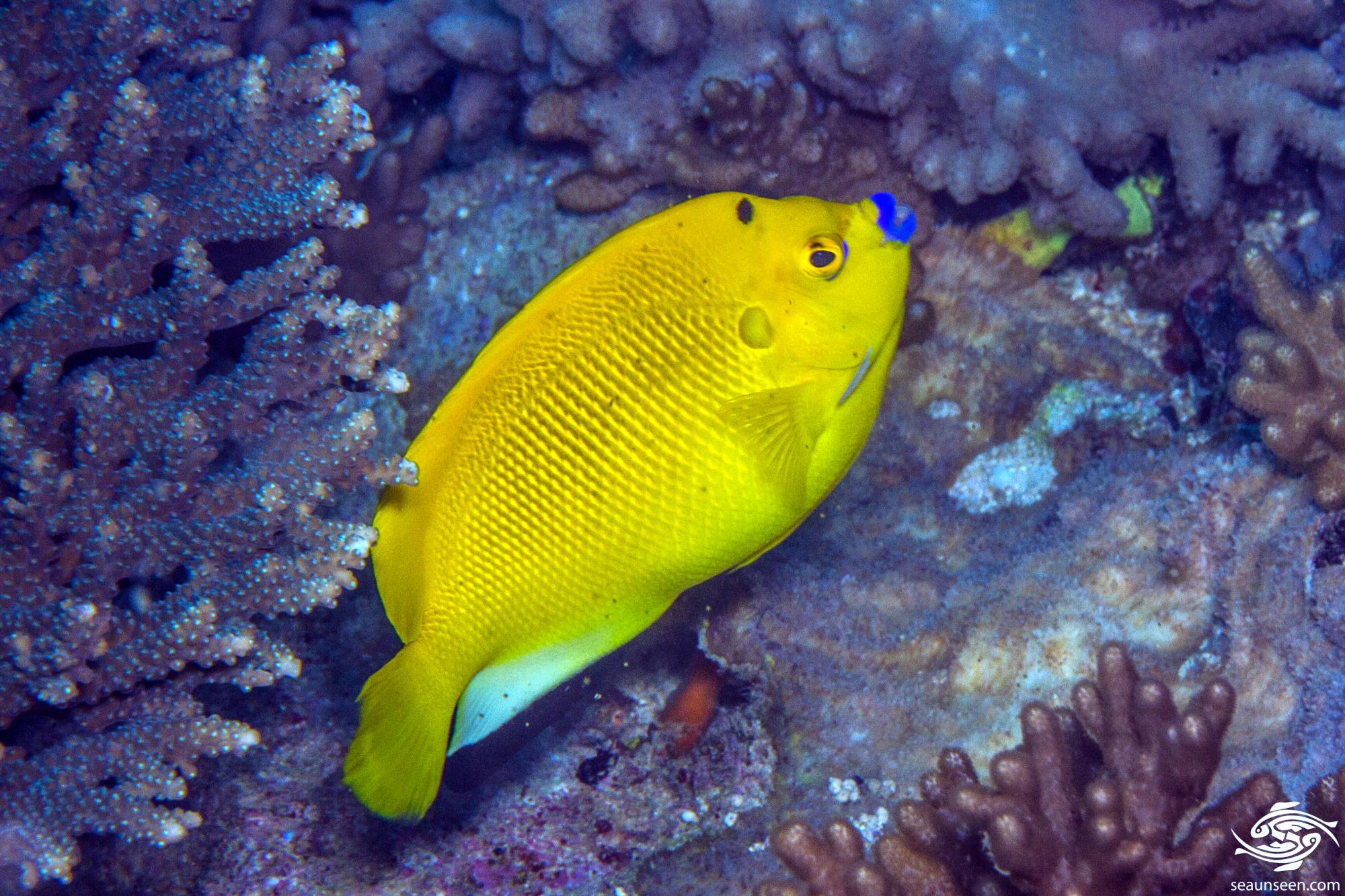 The Threespot Angelfish is found along the African coast from northern South Africa to Kenya and across to southern Japan and down to Australia. 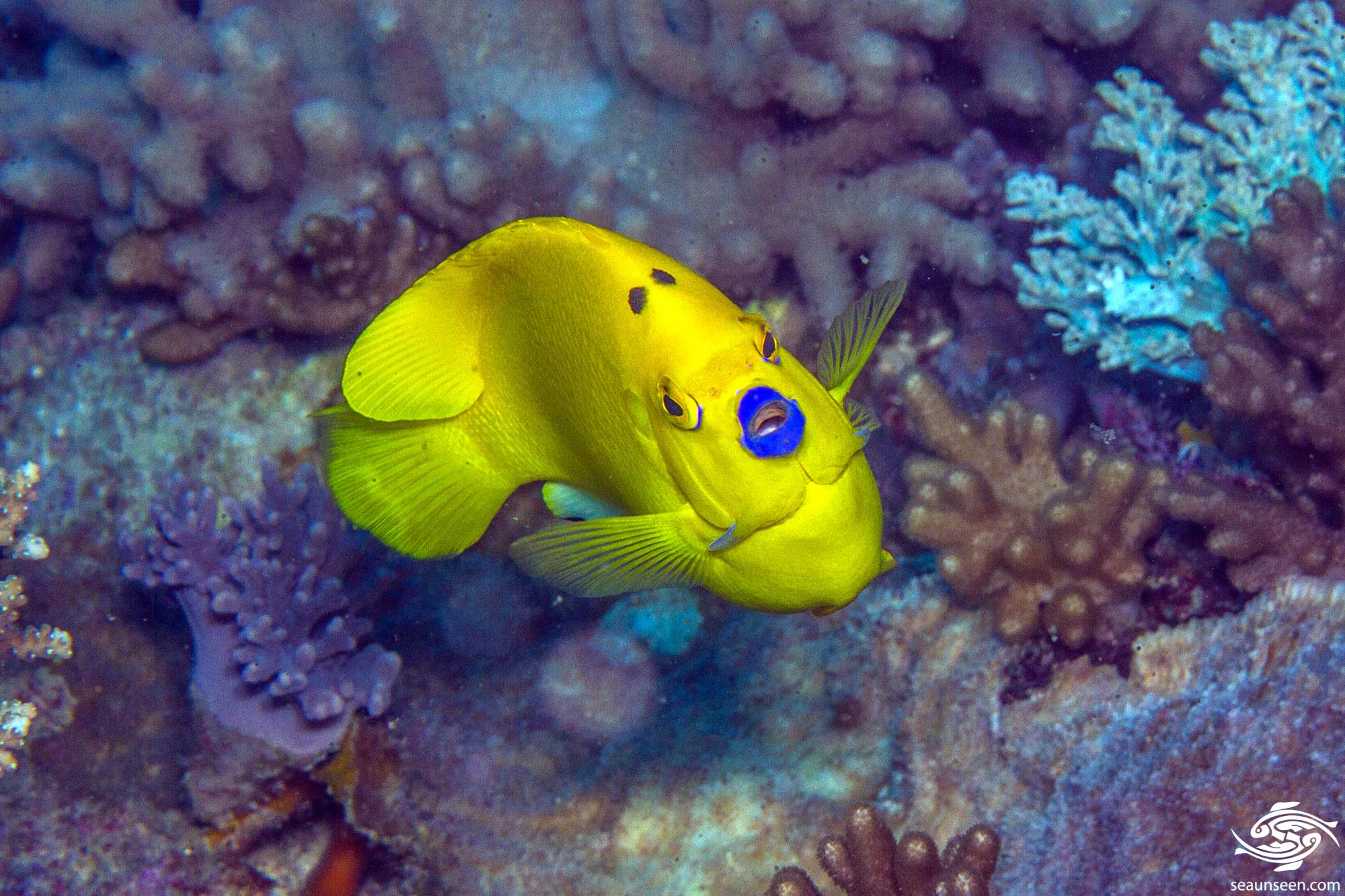 The Threespot Angelfish feeds on sponges and tunicates. 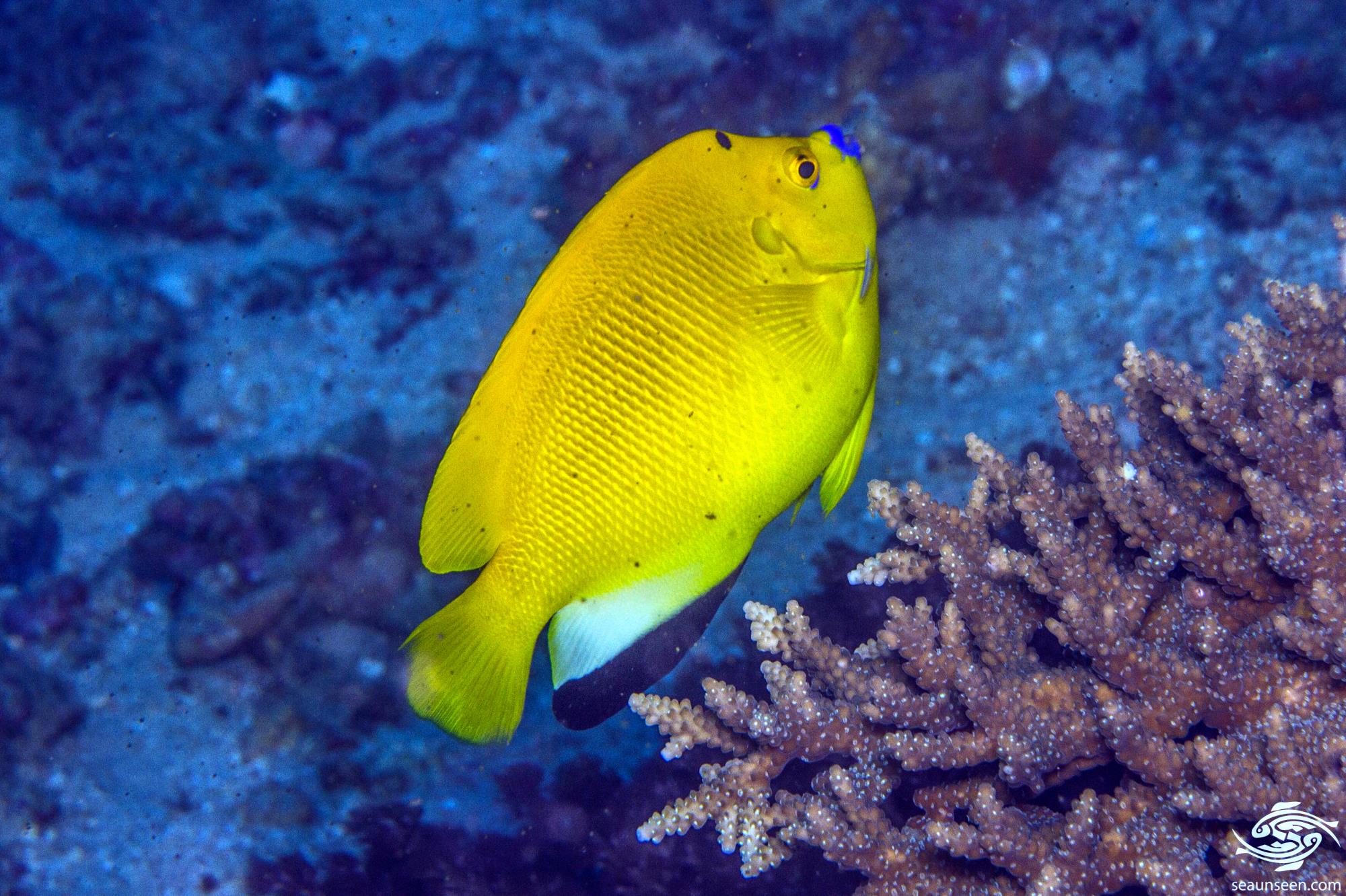 Very little seems to be known of this species breeding habits, but the other similar species form loose haremic groups of one male and several females. They are protogynous hermaphrodites, meaning that they start off as females and that the dominant fish usually turns into a male. Should a dominant male lose the status of being the dominant male they are capable of changing back into a female. This bidirectional sex change gives the species an advantage as it allows for more breeding to take place and prevents a delay or loss of breeding time.  These bidirectional sex changes are usually triggered by social cues and are of great interest to scientists. The scientific term describing this characteristic is known as Functional hermaphroditism.

Threespot Angelfish have been known to cross breed with Apolemichthys xanthurus and the result is Apolemichthys armitagei, a hybrid of the species. Angelfish tend to be broadcast spawners, releasing eggs and sperm into the water table at dusk. 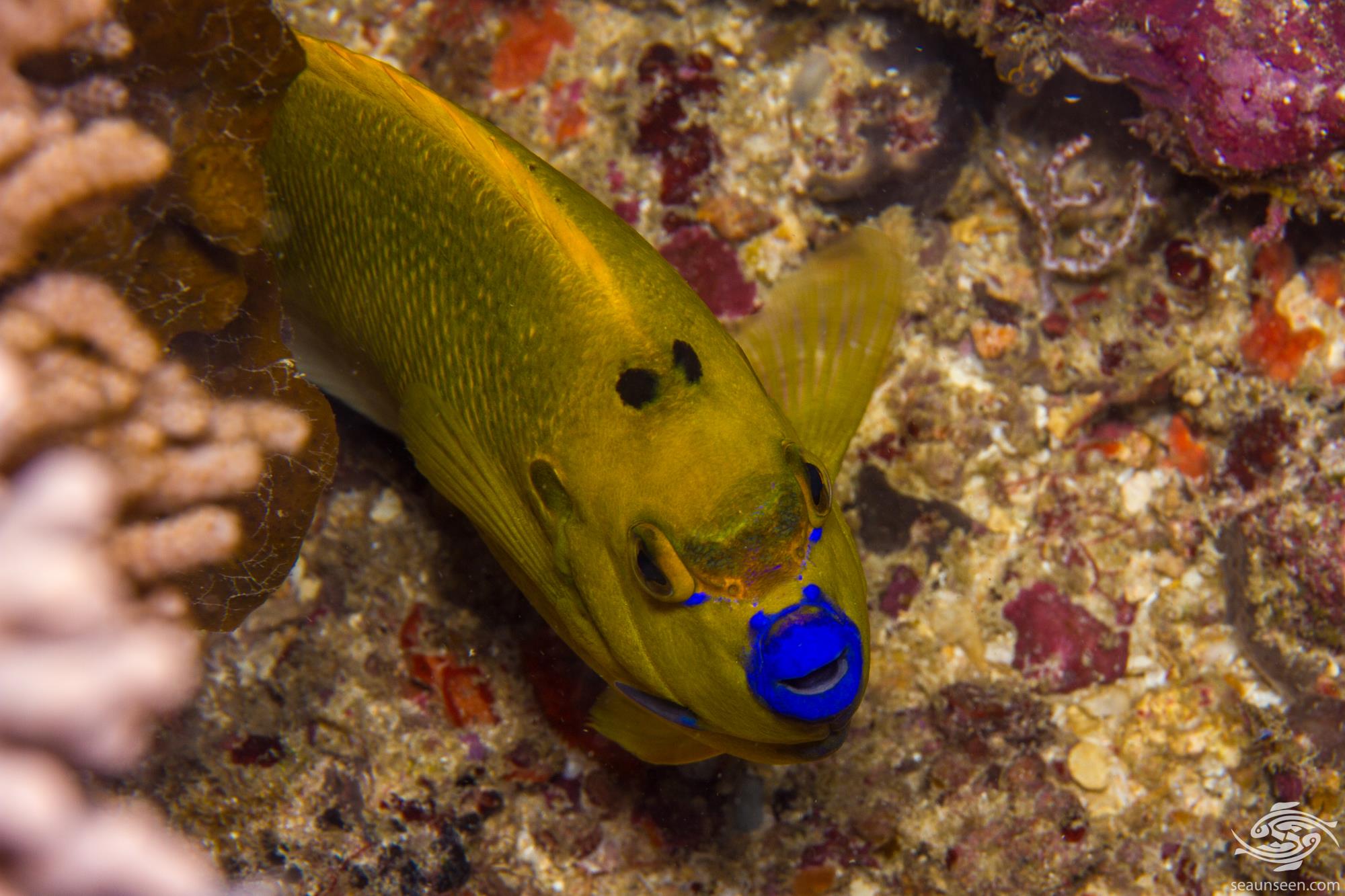 The Threespot Angelfish are not commonly kept by aquarists because of their specialized diet of sponges which is difficult to replicate in a tank. Only experienced aquarists should attempt to keep them and their diet will have to be supplemented with live rock with sponge on it. They make a stunning addition to a tank but may be slightly territorial depending on the species they are housed with. They will probably also pick on corals. 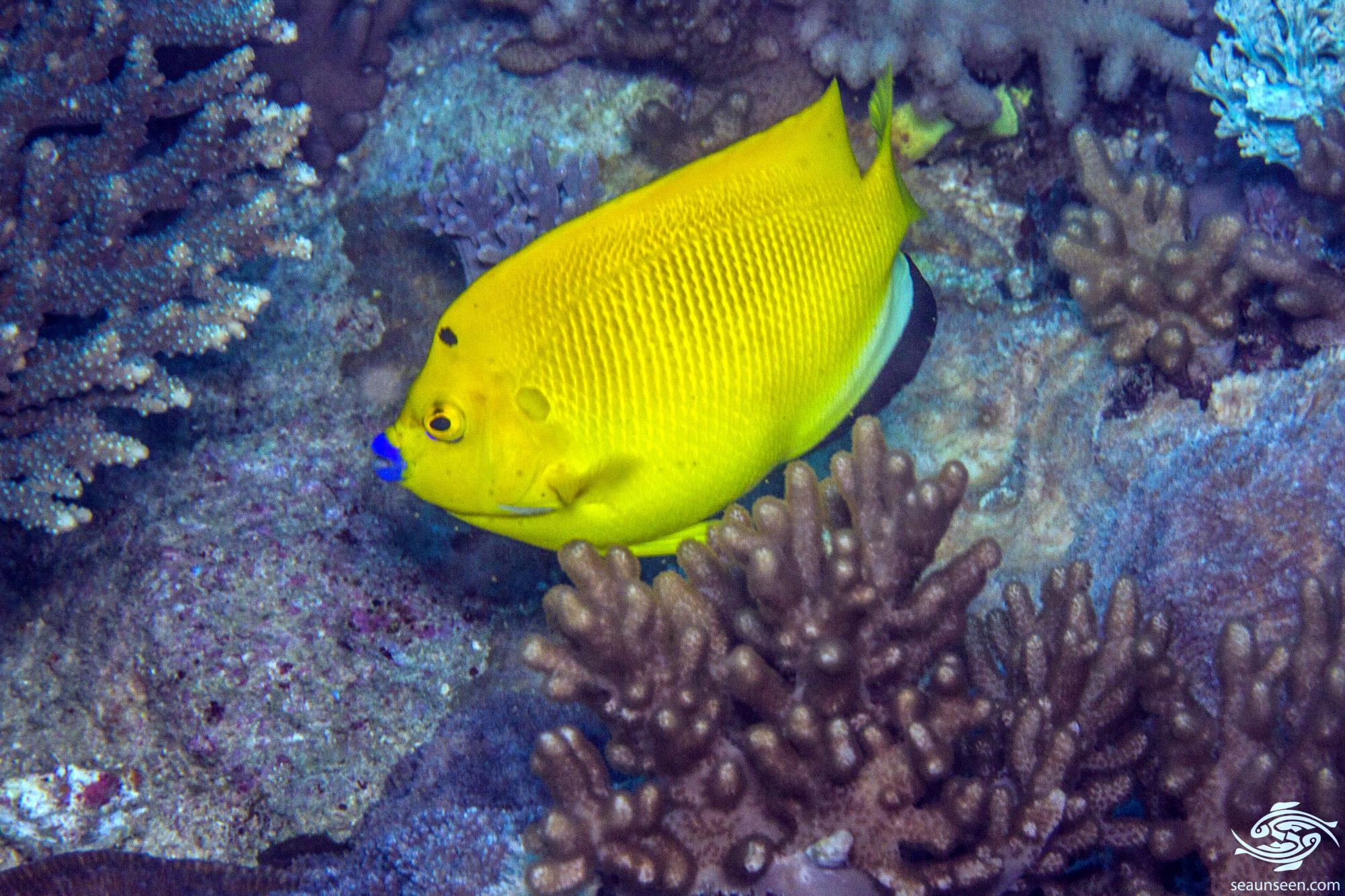 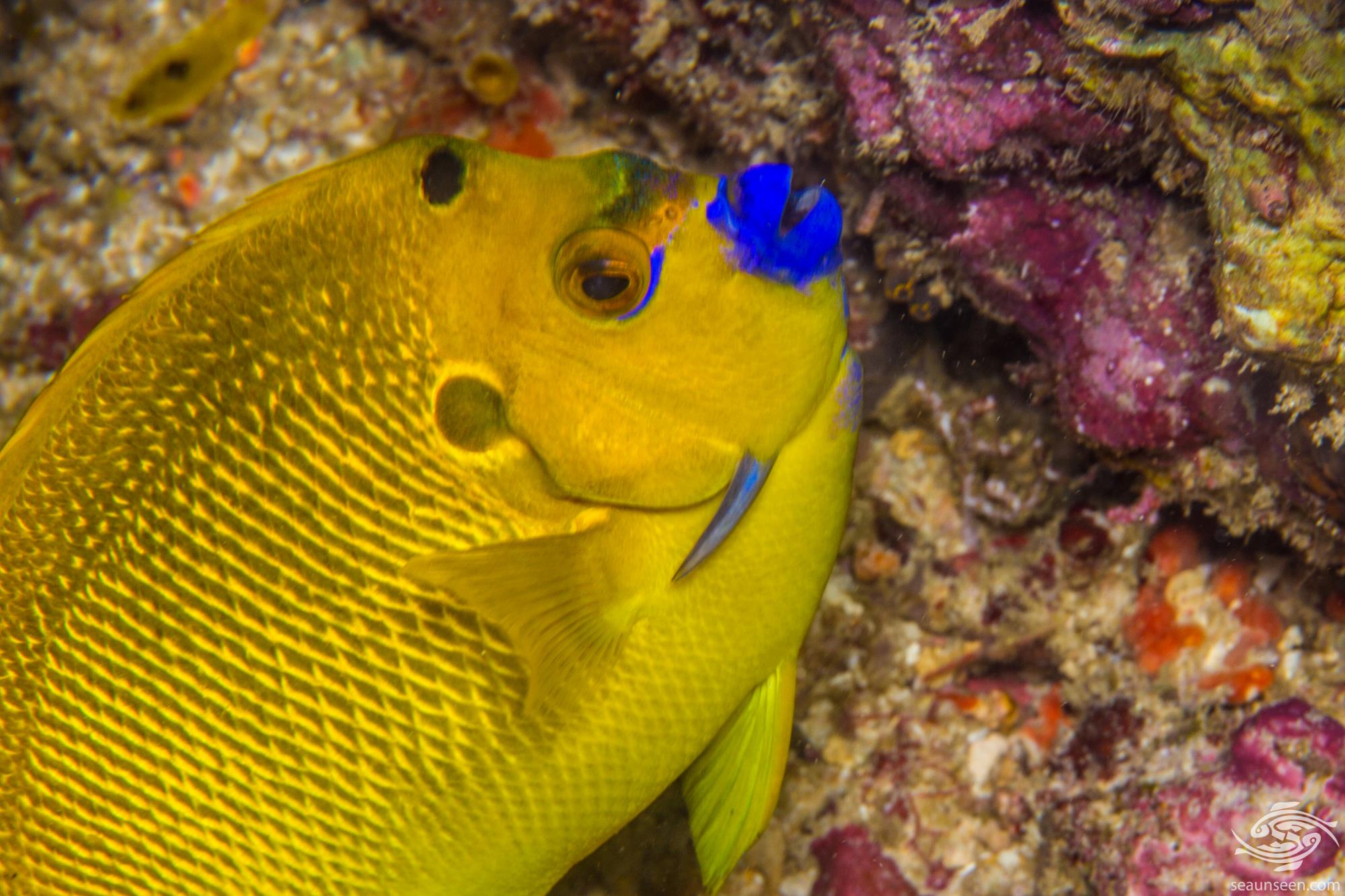