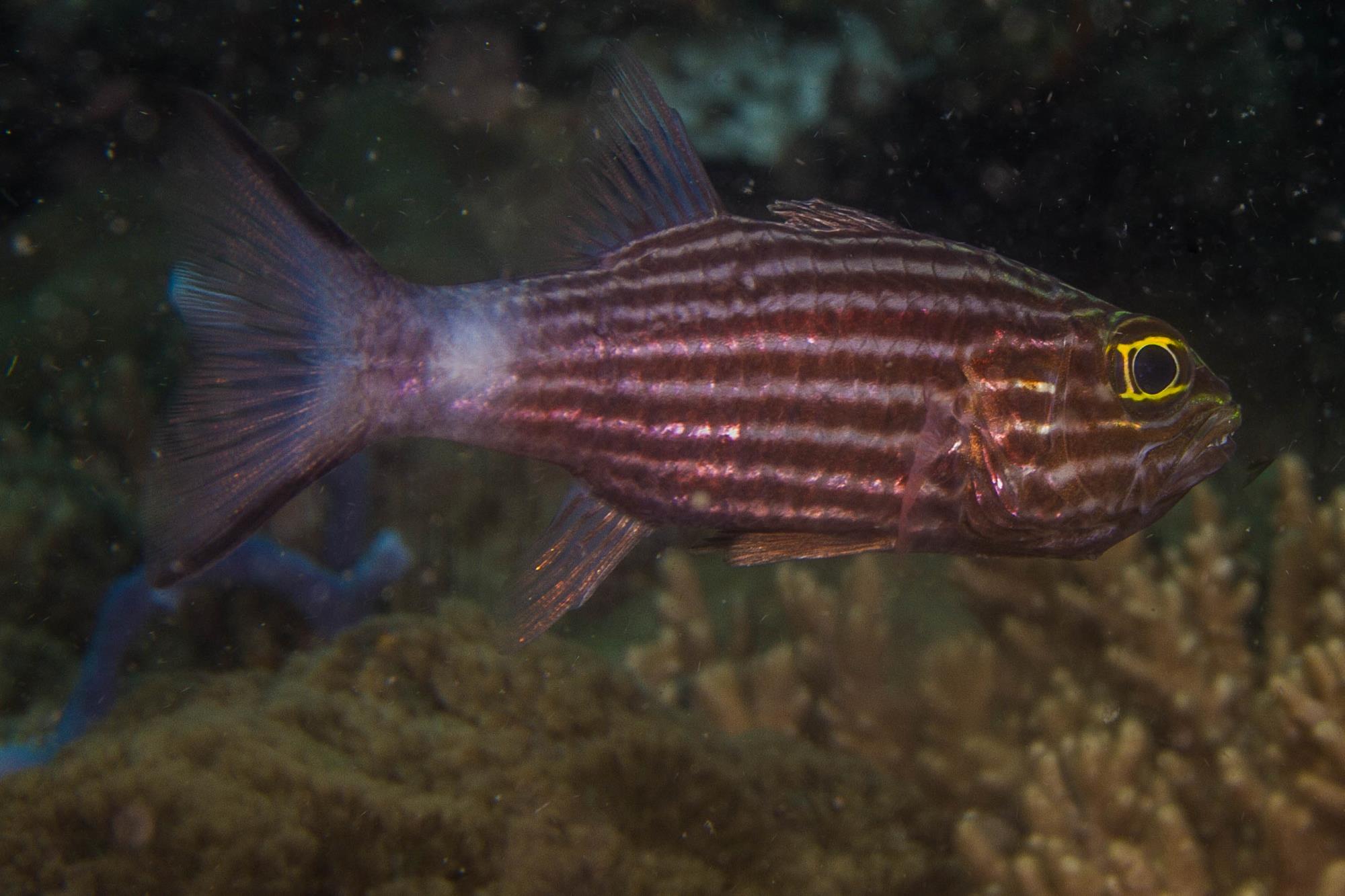 The Tiger Cardinalfish, Cheilodipterus macrodon is also known as the  large-toothed cardinalfish. They are one of the few species of saltwater fish that are mouth brooders. The male in the image above has a mouthful of eggs or juveniles.

The Tiger Cardinalfish has proportionally large eyes with two conspicuous yellow lines across them. They have  two dorsal fins. The dorsal and caudal fins are translucent with a brownish tint. The adults have a brownish background with white lines running horizontally across the body. On the head the lines have a yellow tint.There is a prominent white area just ahead of the tail. They grow up to 25 cm in length. 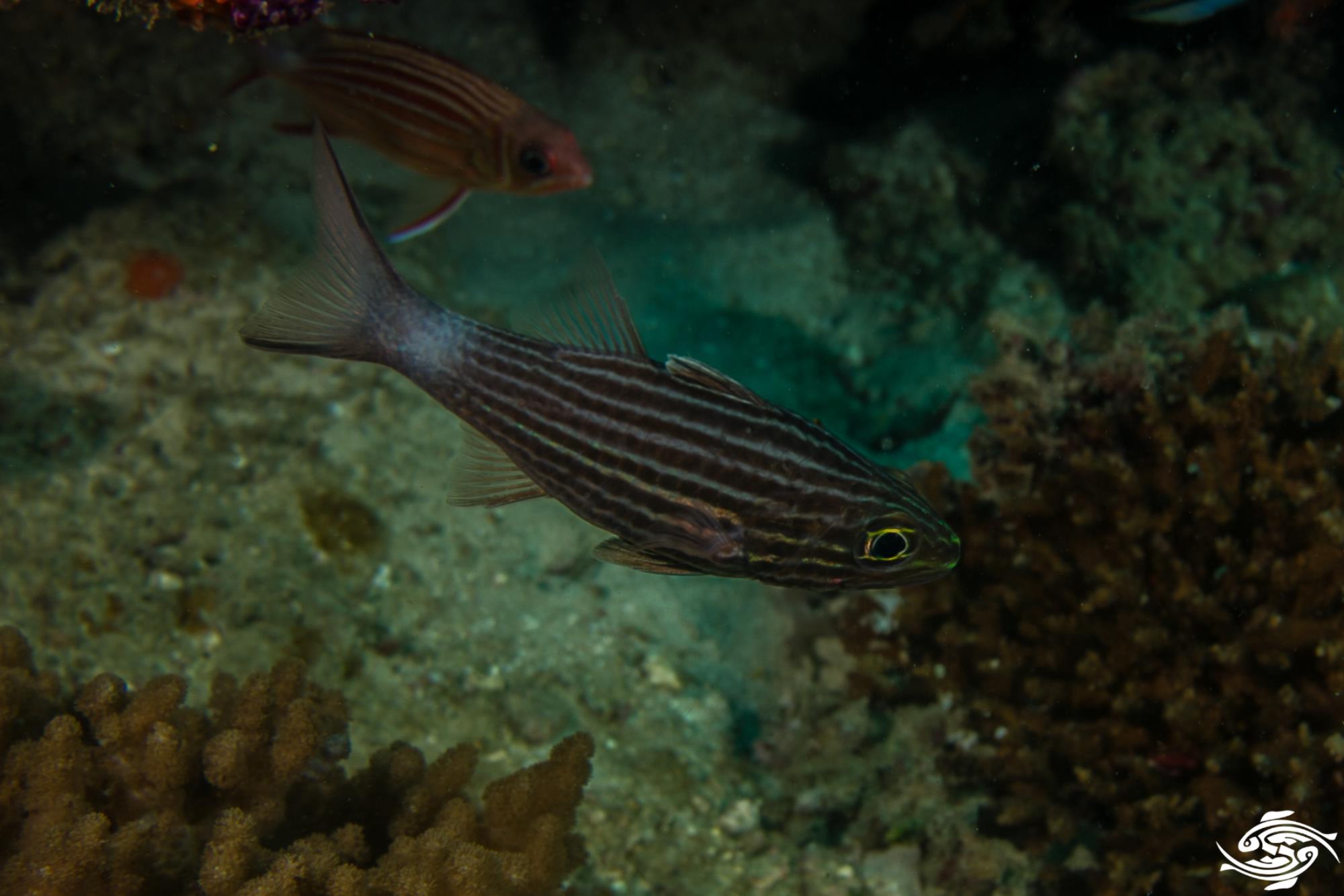 During  the day the Tiger cardinalfish will usually be found around an over hang or in a cave. The adults are usually solitary and at night can be seen out feeding on the reef. It is rare to see more than one.

The Tiger cardinalfish is found across the Indian ocean and in the west Pacific. They are found between depths of 1-30 meters. 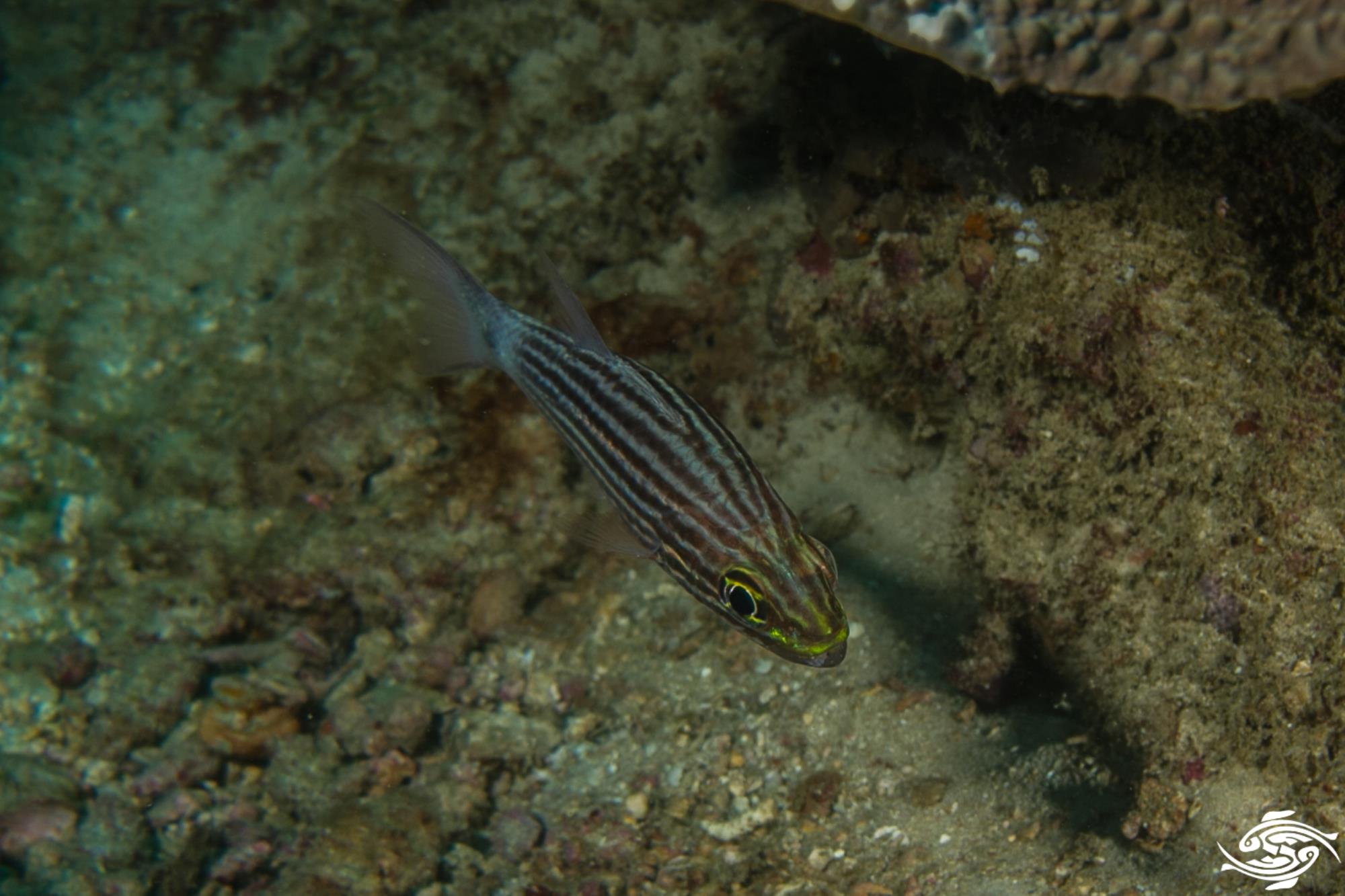 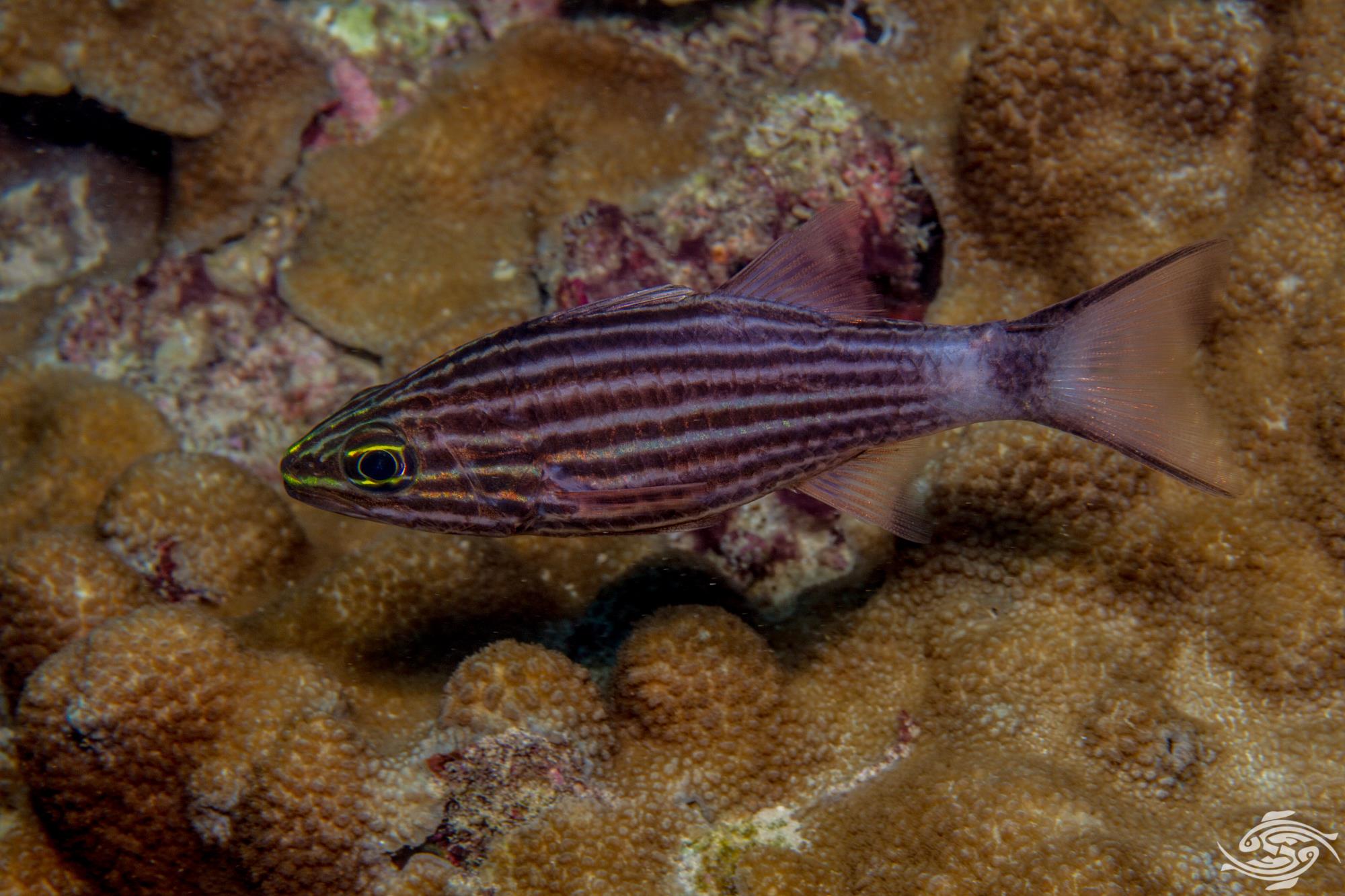 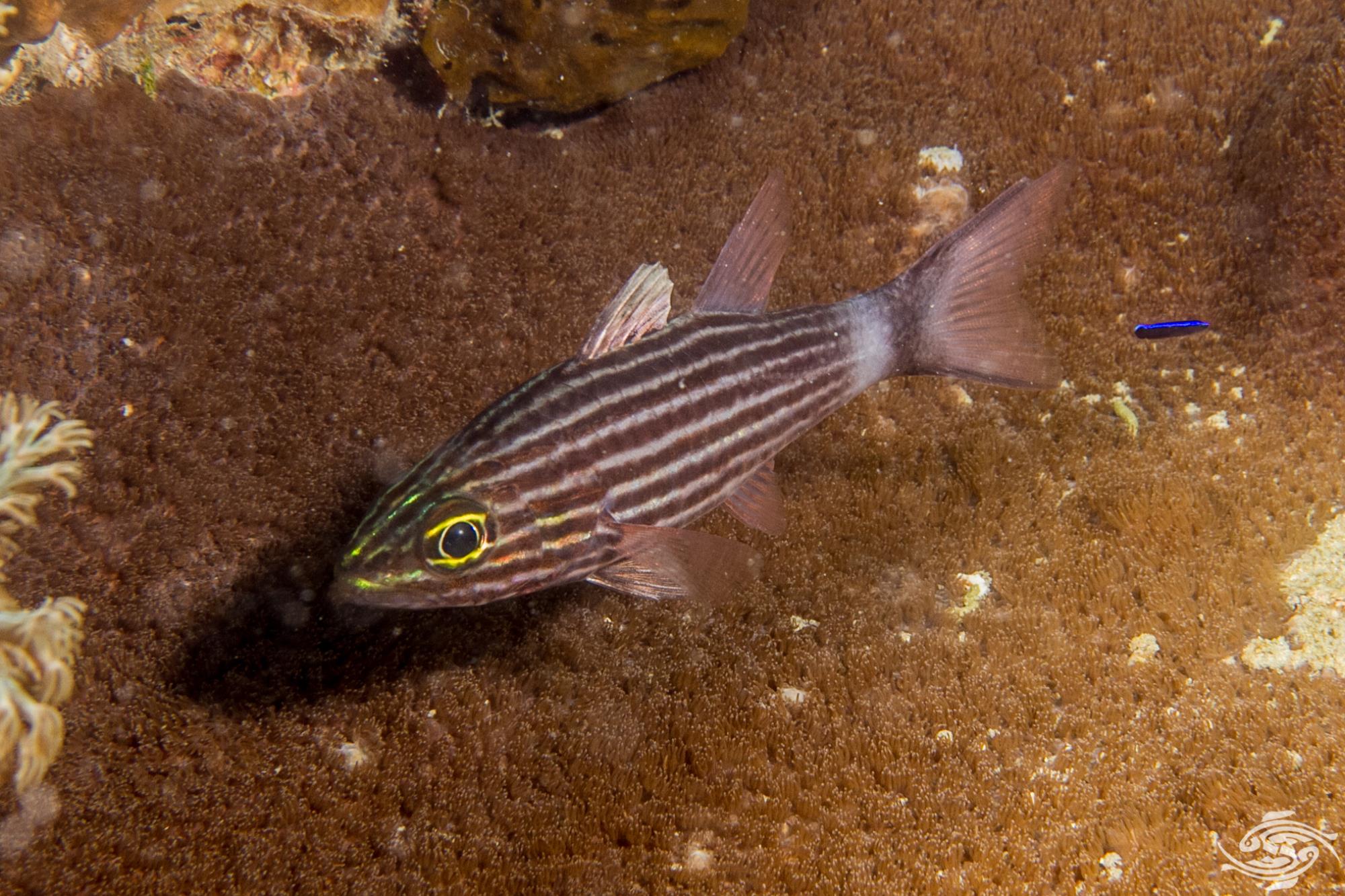 Tiger cardinals are not commonly kept in aquariums, because they are nocturnal and predatory this precludes the Tiger Cardinalfish from most aquariums. 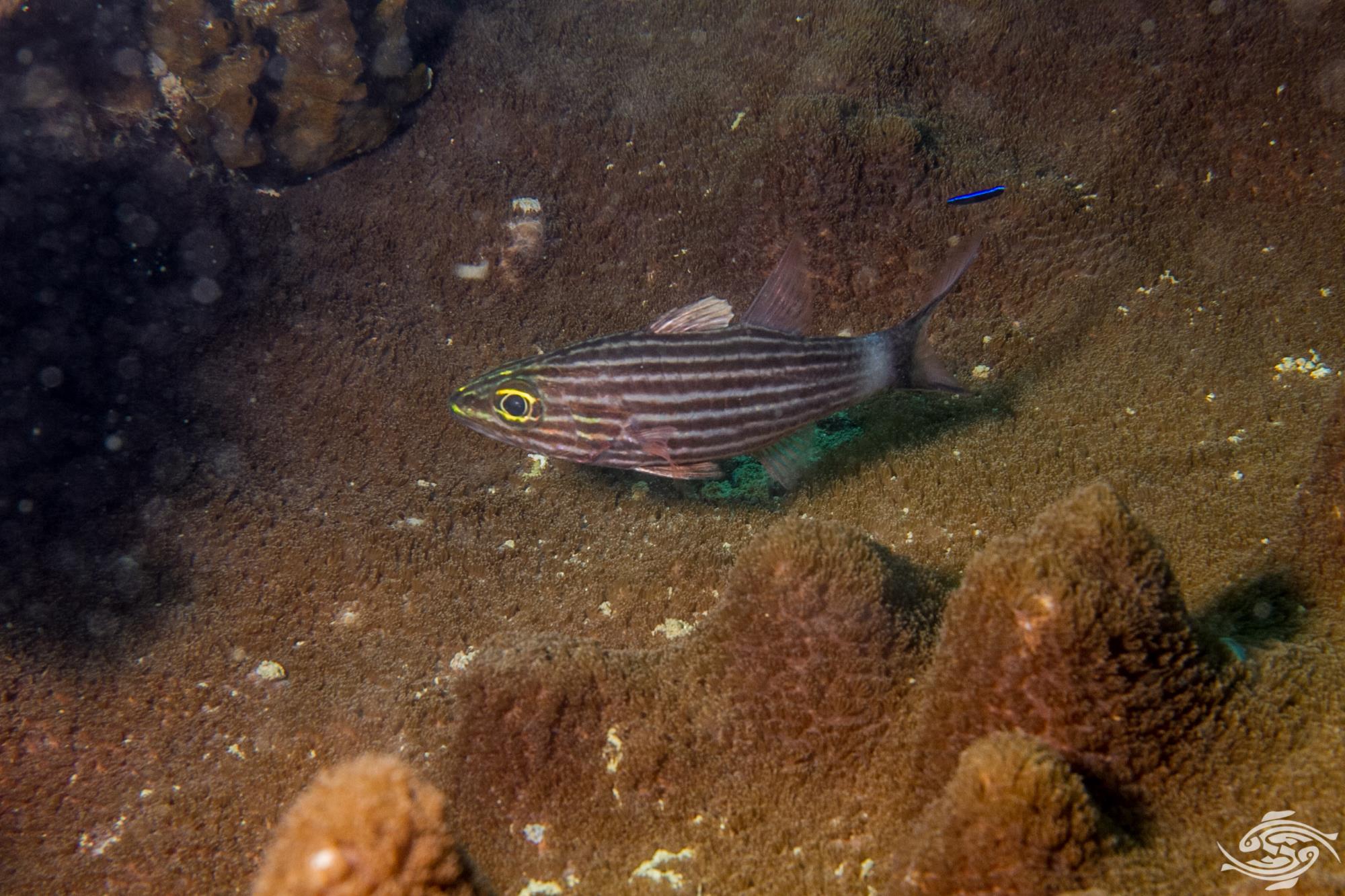