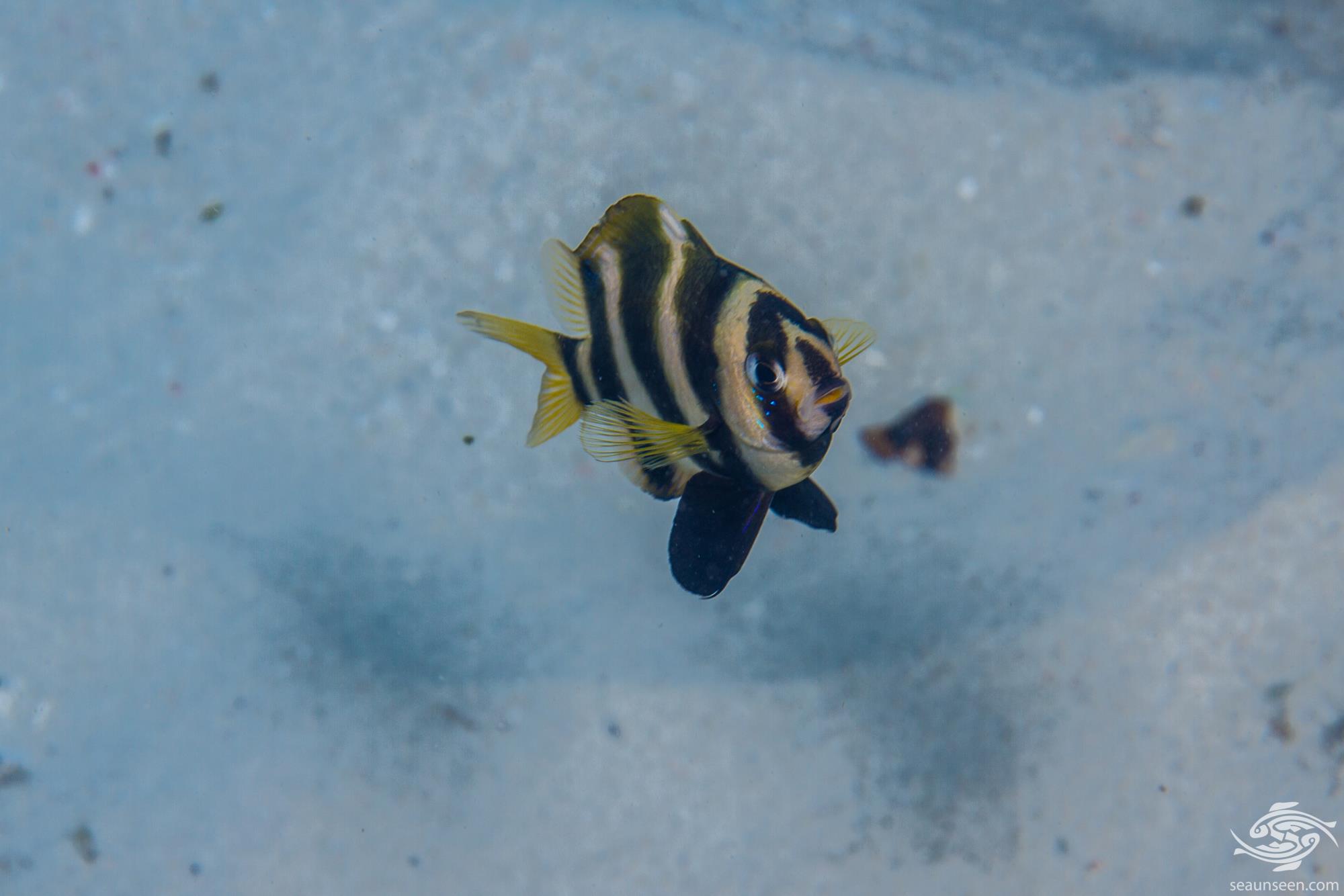 The Tiger Damselfish (Chrysiptera annulata) is also known as the Footballer demoiselle.  They are common fish in the shallows a on Tanzanian reefs particularly on the shallow reefs with closely associated beds of sea grass. 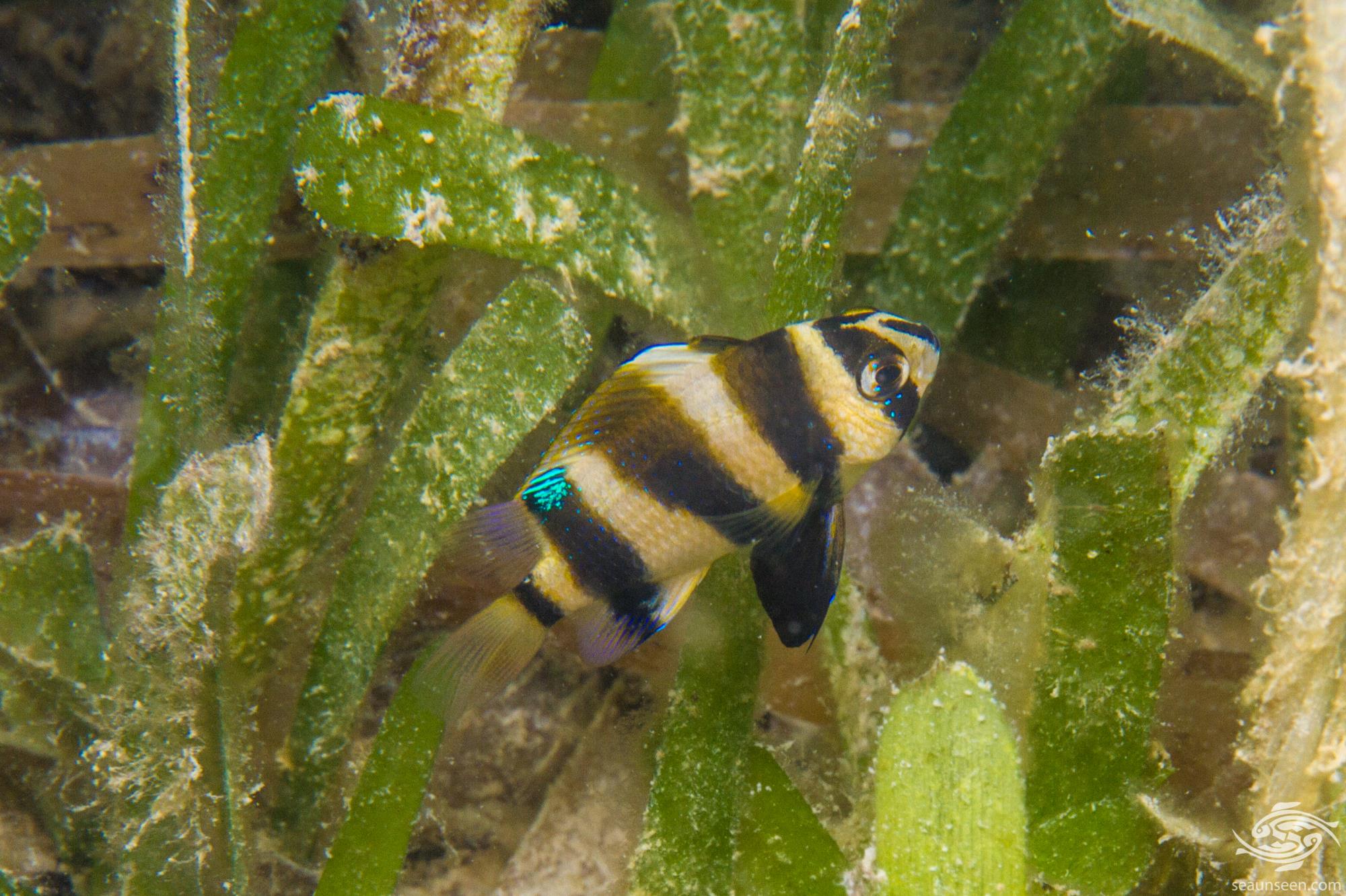 The body has an oval shape with a sharpish nose. The base color of the body is a whitish silver color.  Five vertical black lines run down the body and there is a further stripe between the eyes across the mouth downwards onto the first vertical stripe. There are a series of small blue dots on the stripe that runs through the eye. 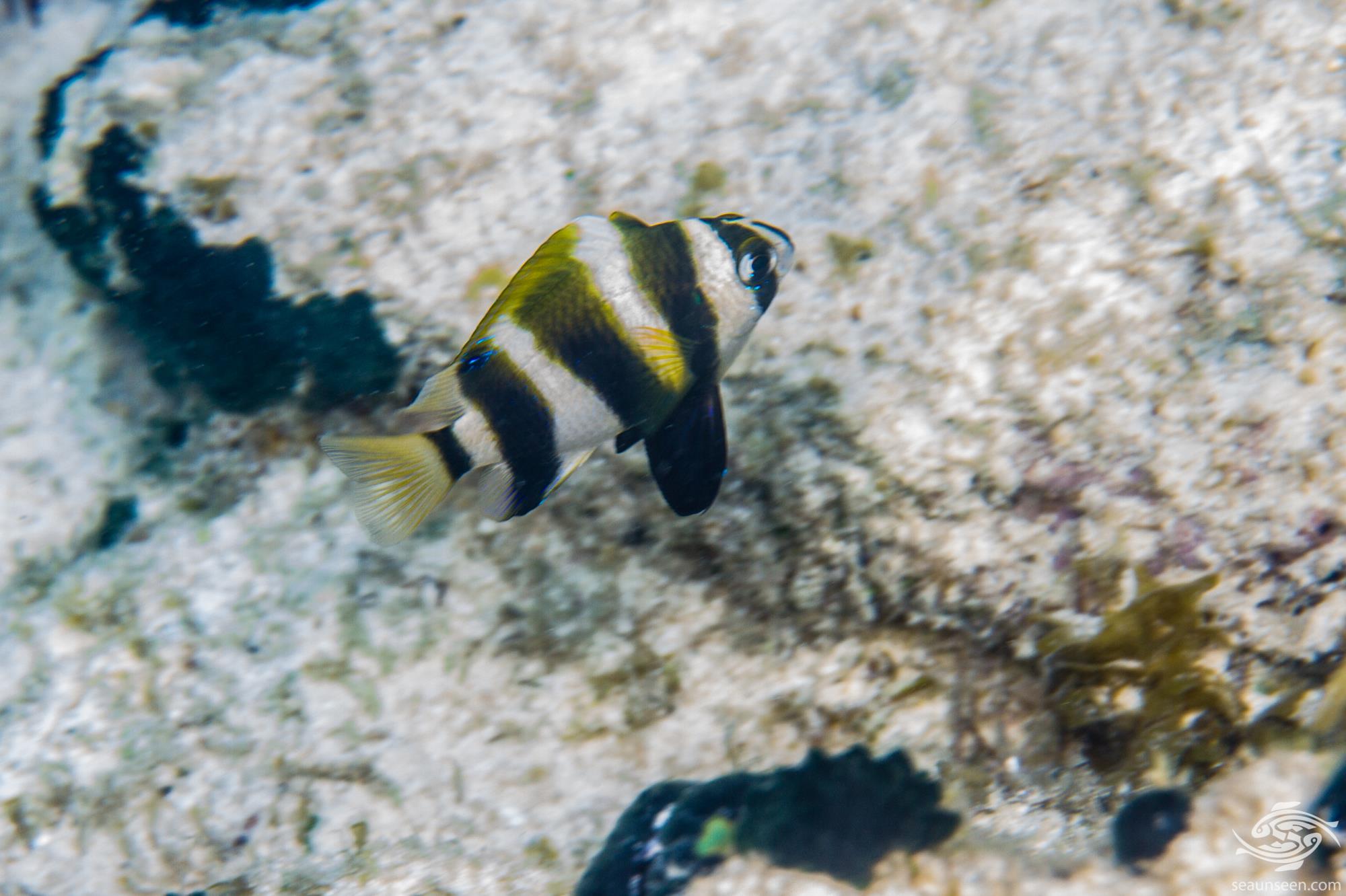 TIGER DAMSELFISH IN THE WILD

Tiger Damselfish are usually seen singularly on beds of sea grass interspersed with reef and rubble. They appear to be territorial and if one returns to the same spot they will usually be there.  They seem to prefer a small feature or overhang to hide under. We have never seen them in pairs and have only seen them singular. 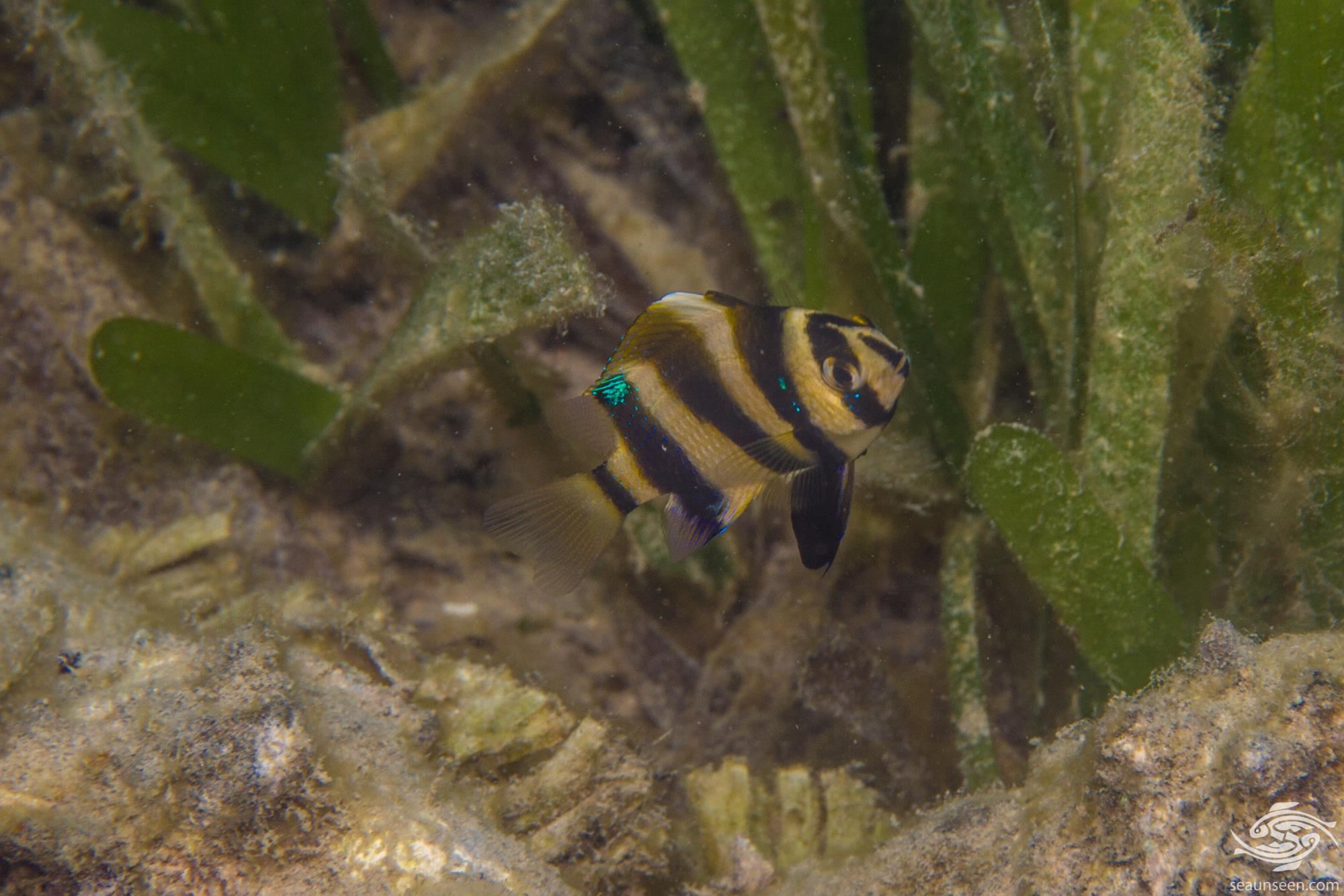 The Tiger Damselfish is found only in the Western Indian Ocean from the Red Sea south to Durban and across to Madagascar, Mauritius , Reunion and Aldabra.  They are usually in the tidal shallows in Tanzania to a depth of half a meter on a low tide. We have not seen them deeper than three meters. 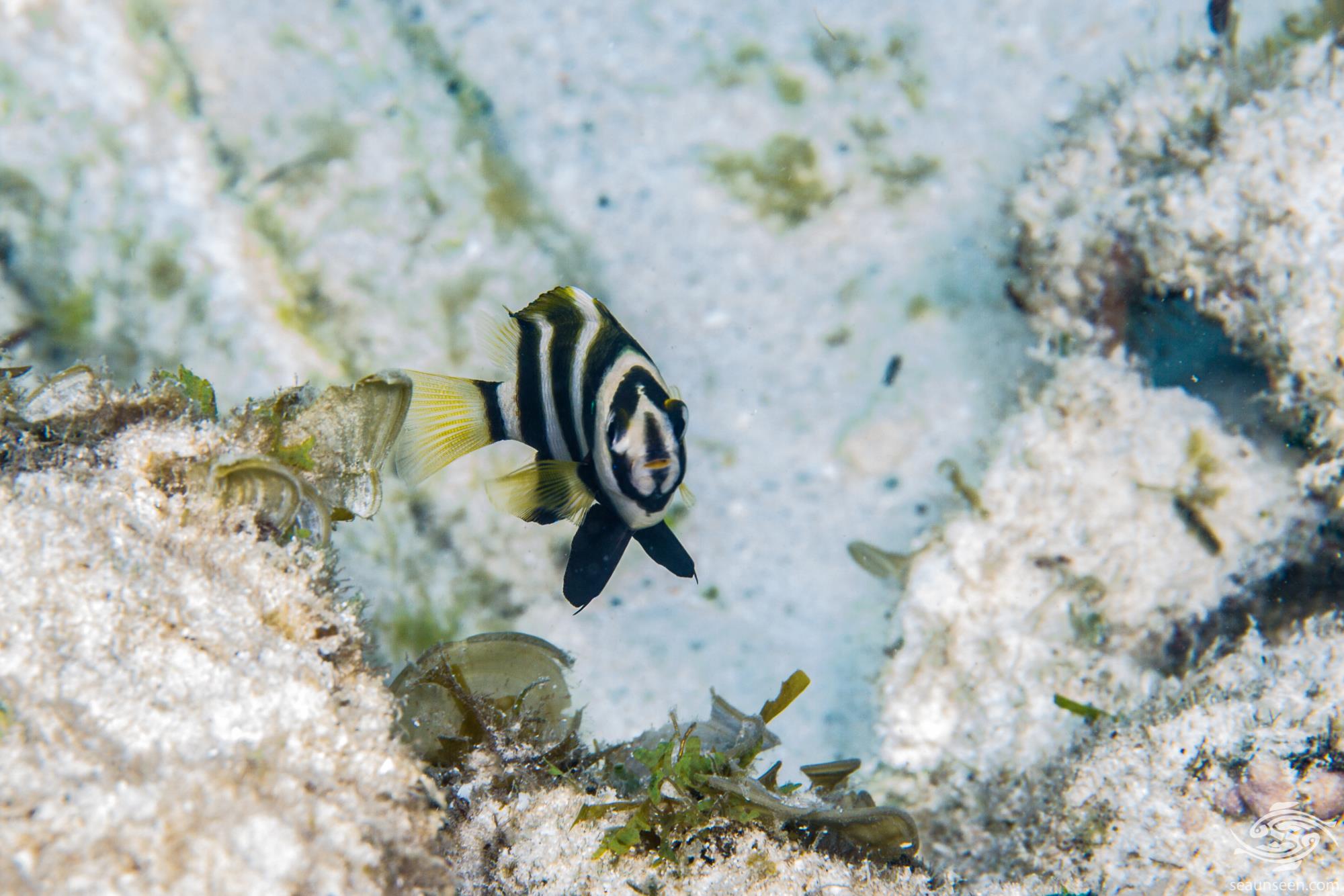 The Tiger Damselfish seem from obseration to feed on algae and small benthic crustaceans. 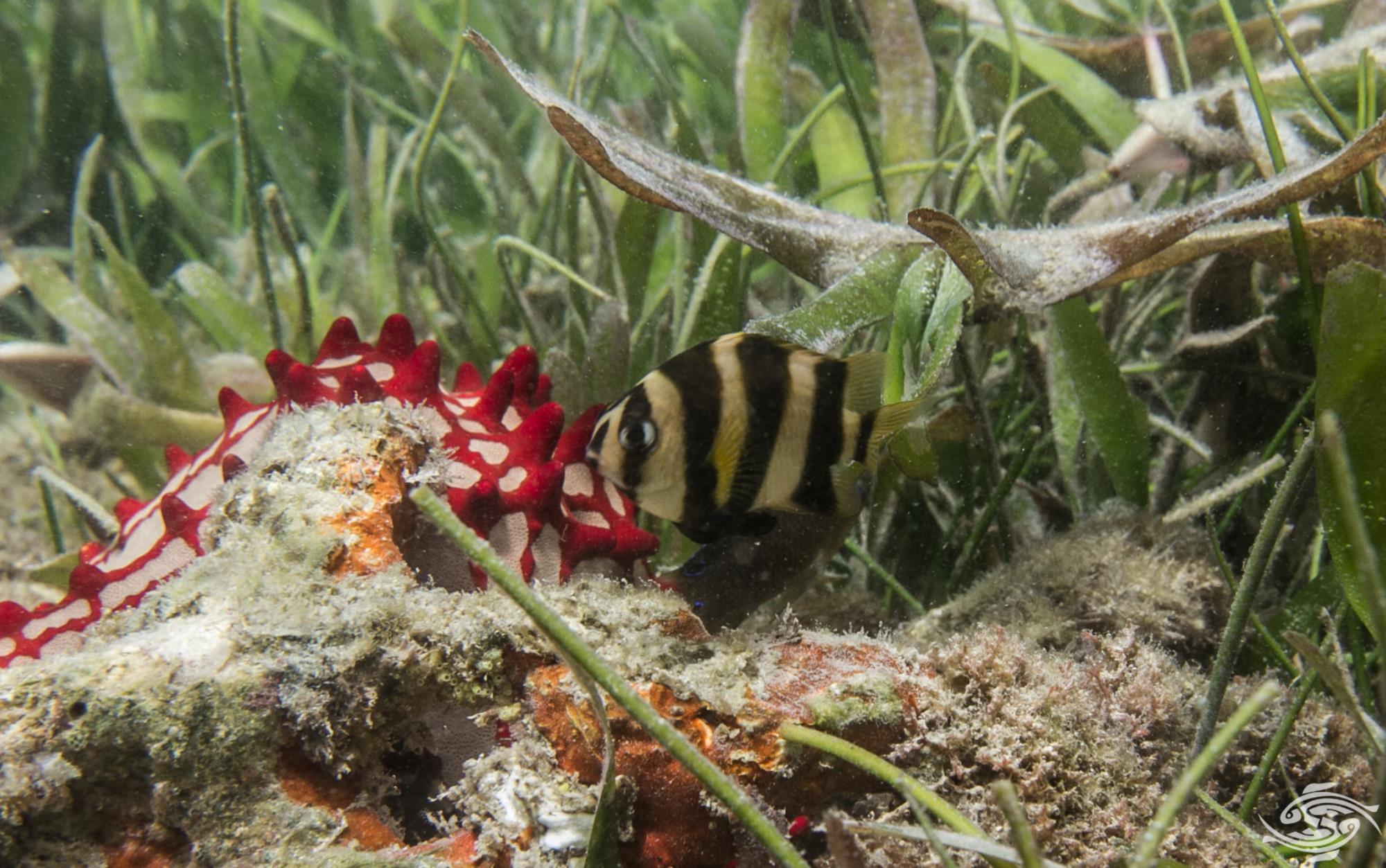 Distinct pairing takes place during breeding and the eggs adhere to the substrate and are guarded  by the males. 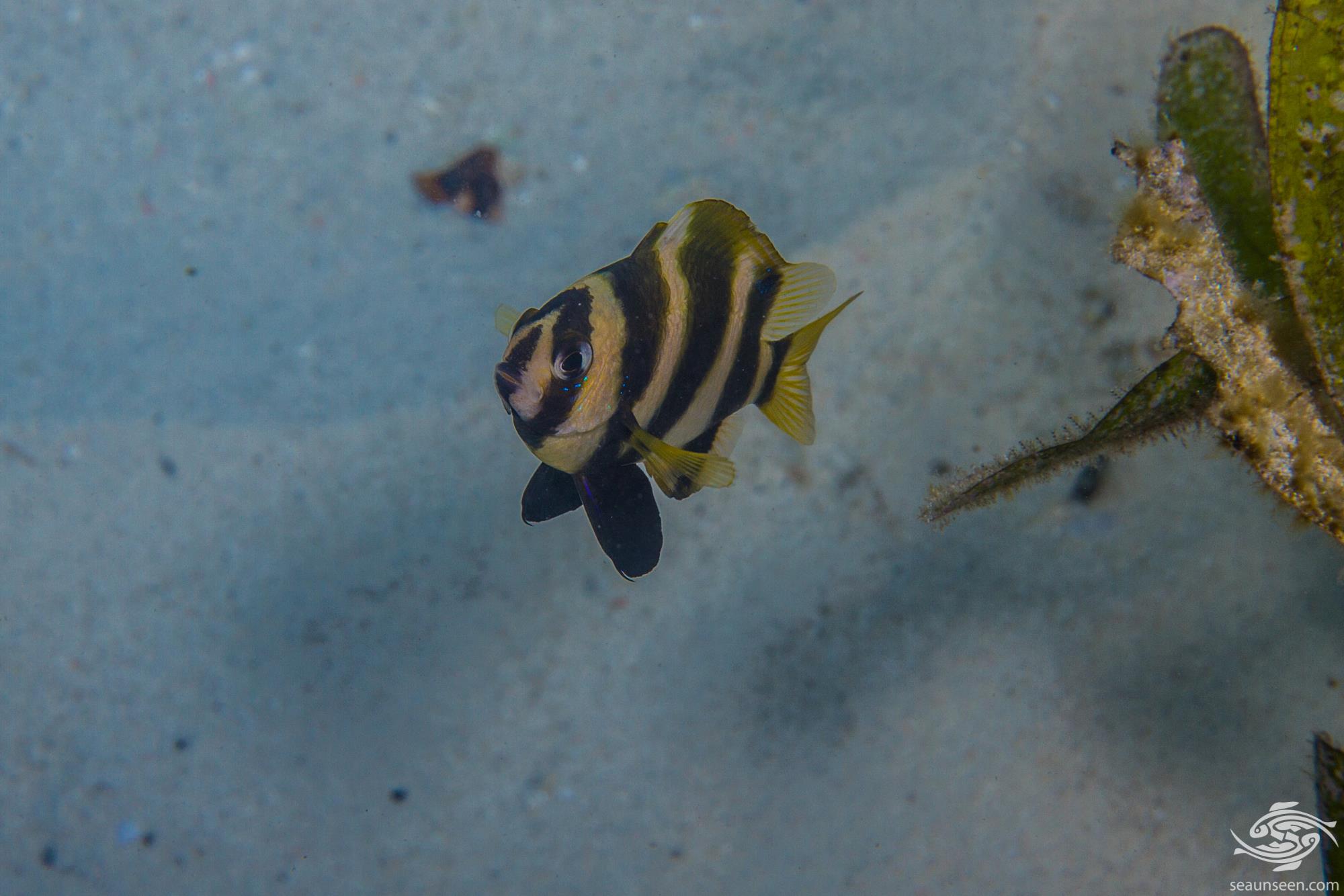 They are colorful hardy fish and would be easy to keep in an aquarium. However they would undoubtedly become territorial but to what extent is hard to say. Most aquarists stay clear of these damsels and their close relatives for this reason. However there is an interesting post here which suggests that they are not as territorial as other damselfish.
SEE OUR OTHER POSTS ON DAMSELFISH