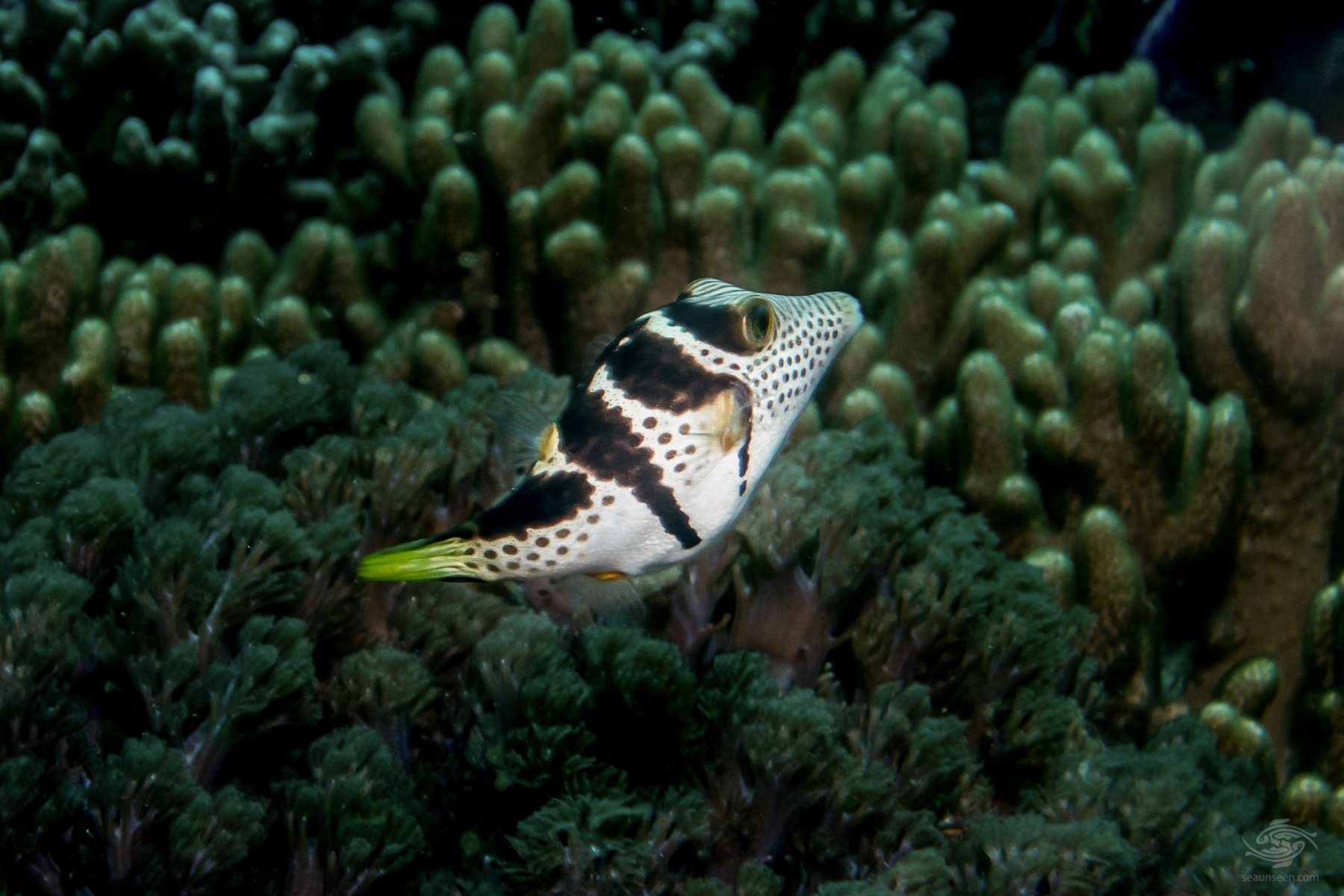 The fish can be identified by its four distinct black stripes (saddles) on its back. The head is blue-grey and the main body is white speckled with blue-grey spots. The tail and fins show hints of yellow and there is a rainbow streak of color behind the eyes.

Saddled puffers are highly poisonous and are occasionally found in schools together with Paraluteres prionurus, a non-toxic filefish which has evolved to mimic the very toxic saddled puffer for protection against predators.

and a hand-mounted SOLA 2100 Video Light