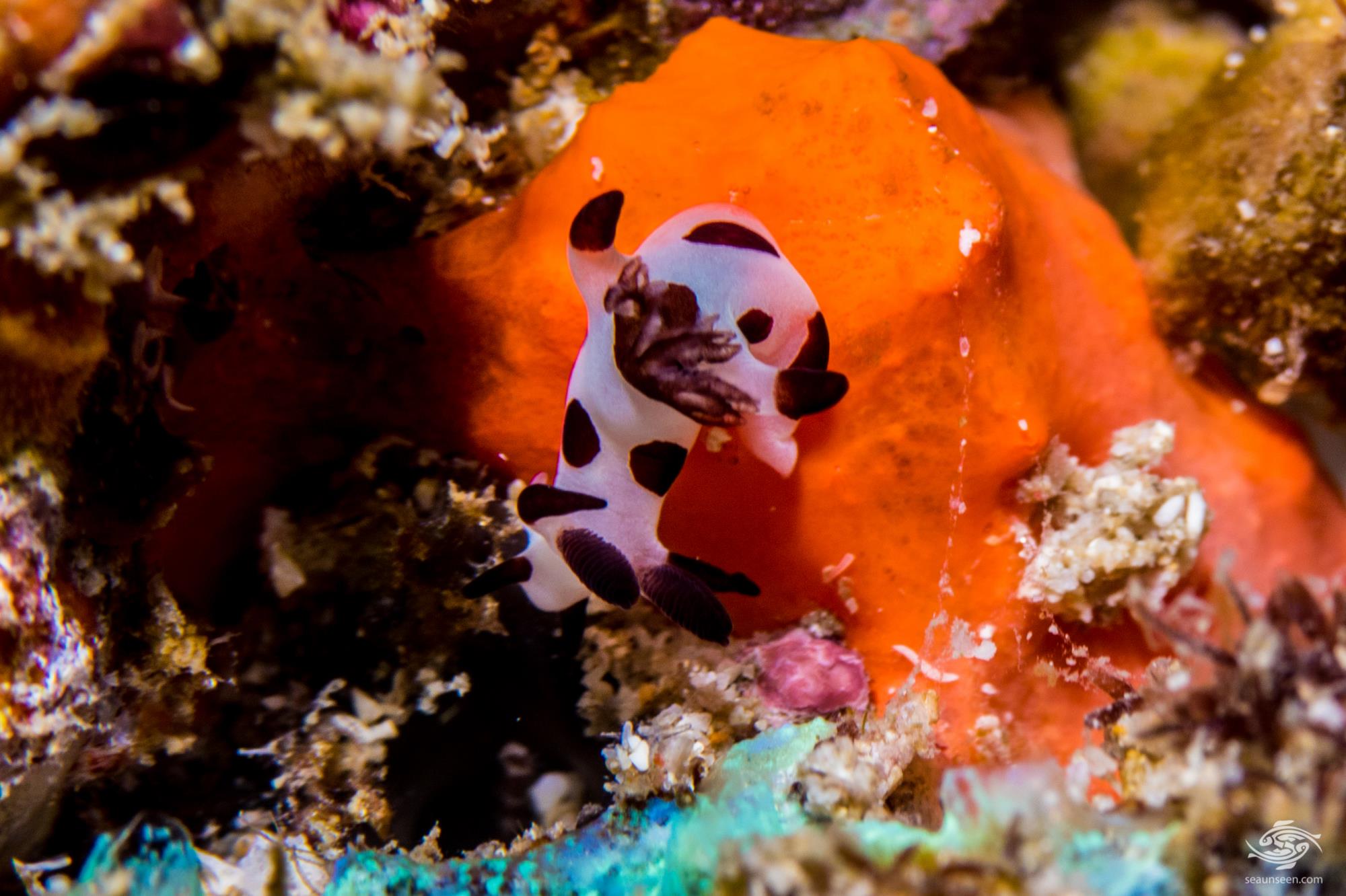 Trapania naeva is an attractive looking species of sea slug . They are dorid nudibranchs, marine gastropod mollusks. They were first described by Terrence Gosliner and  Shireen Fahey in 2008.  They were named Naeva from the latin word for a mole, which describes the black marks on them. At certain times of the year they are quite common in Tanzanian waters, seemingly being more commonly seen when the waters are slightly cooler in winter. 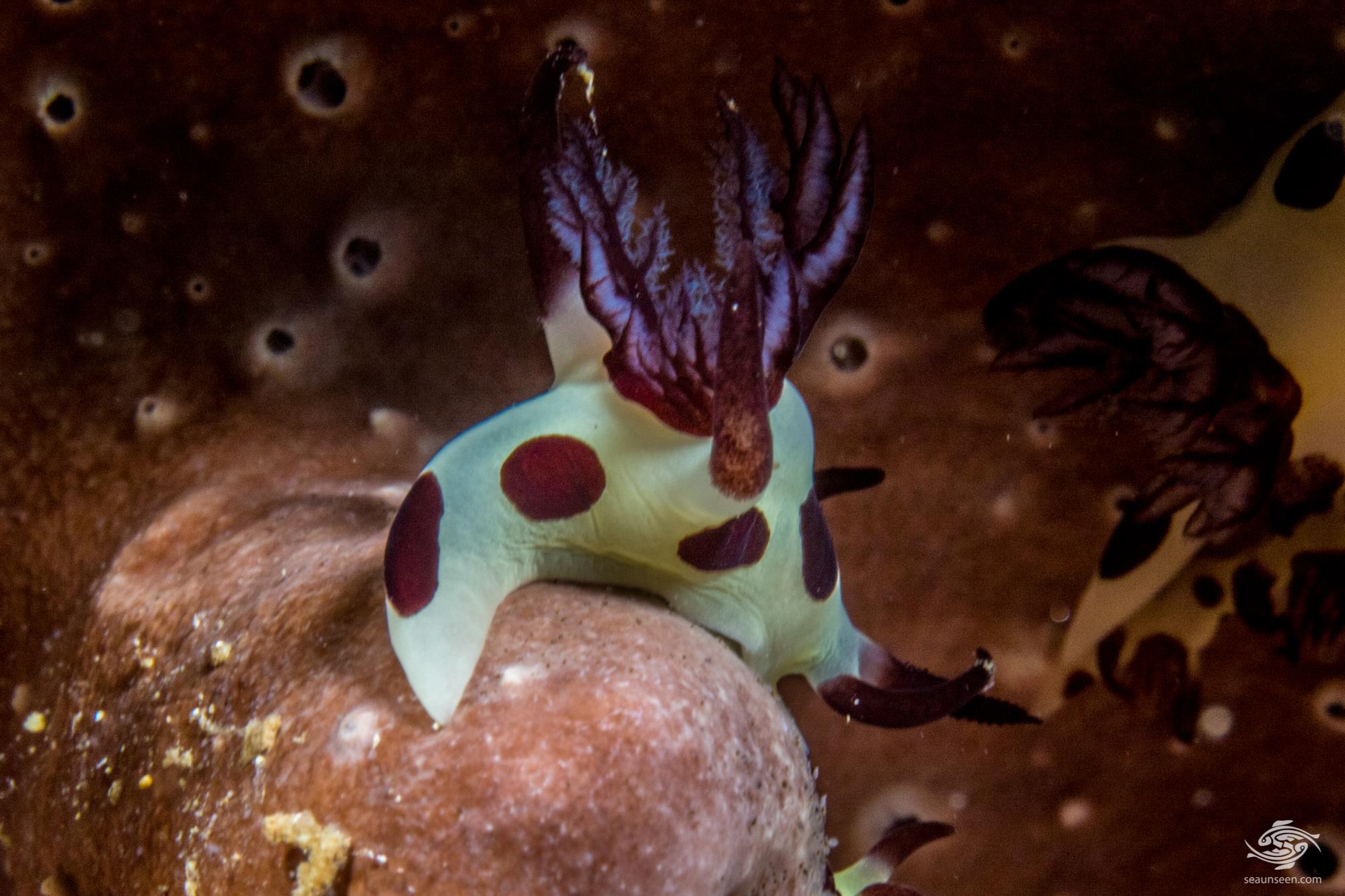 Trapania naeva have a proportionally elongated shape with the rear tapering to a point. They have a pair of extrarhinophoral appendages alongside the rhinophores and a set of extrabranchial appendages alongside the gills. These appendages are all a dark brown/black color and the gills are white with thick black linings on the edges. The body is a translucent white color with the black/dark brown spots referred to in their name. They seem to grow up to around 6 cm in length but most specimens are smaller. 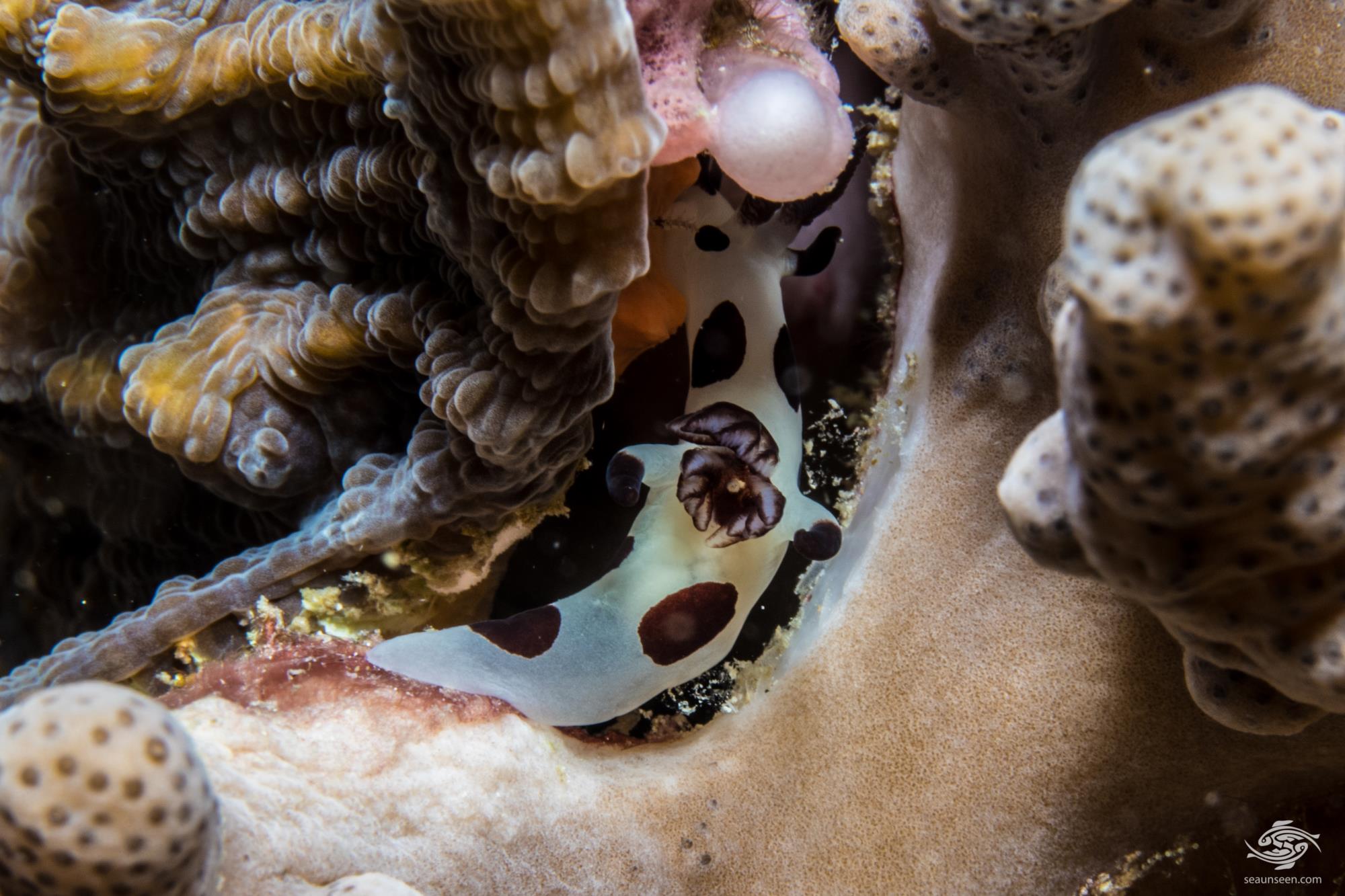 TRAPANIA NAEVA IN THE WILD

Trapania naeva are quite common in the winter months in Tanzania. Usually they are seen on the top of seaward reefs from 12 meters to 18 meters.  We have not seen them deeper. They are usually  seen on or around sponges.

At times we have seen minute juveniles of around 4mm in the water table, a meter or two above the substrate but whether they have been thrown up by a passing divers fins or whether this is normal behavior is hard to determine. The juveniles are however able to swim in a rudimentary fashion and maintain a course on a level plane. There are often quite large numbers of the juveniles on the reef tops. 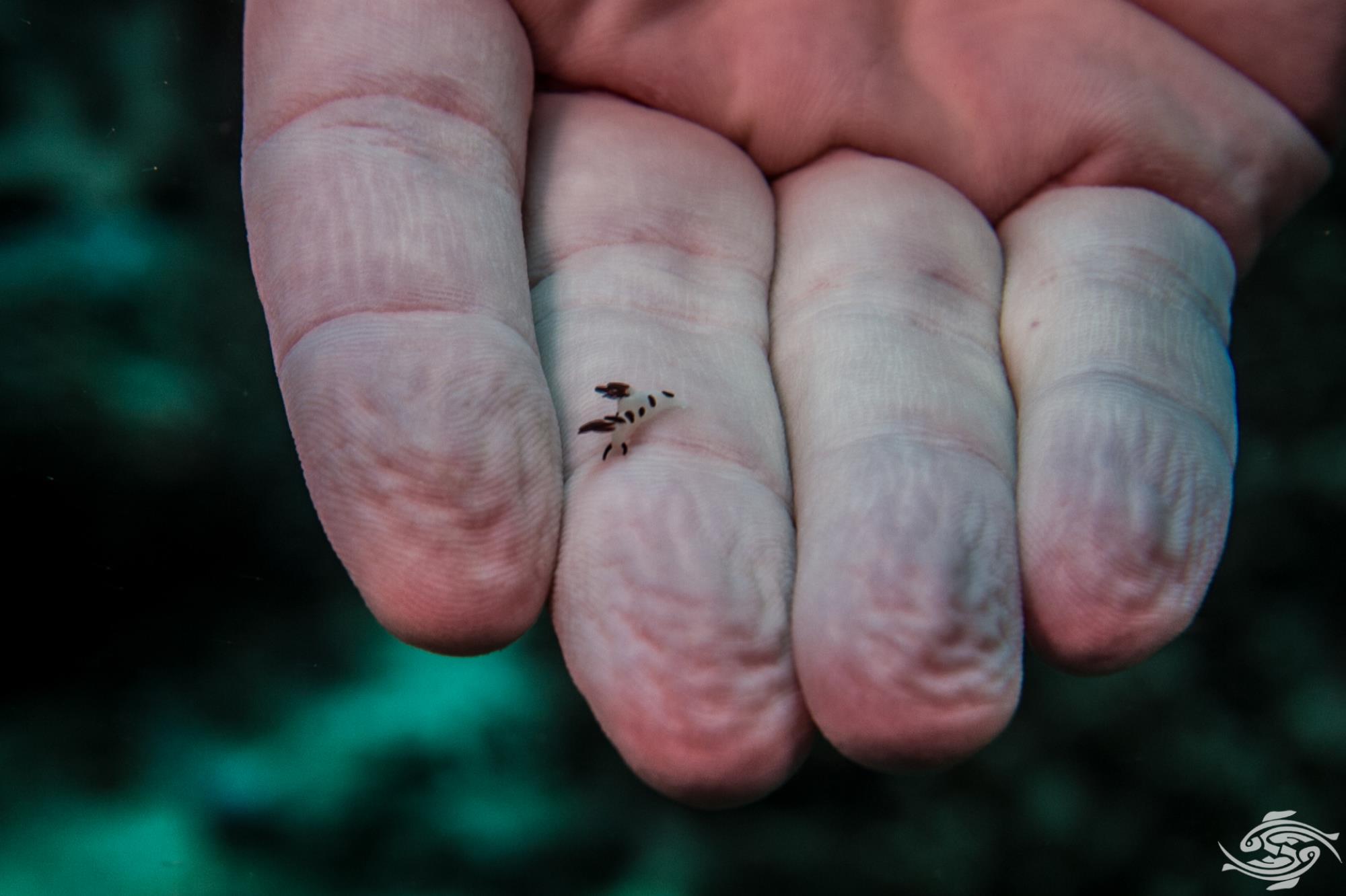 The Trapania naeva is found across the Indo West Pacific area . They are usually found in areas with a high proportion of sponges. 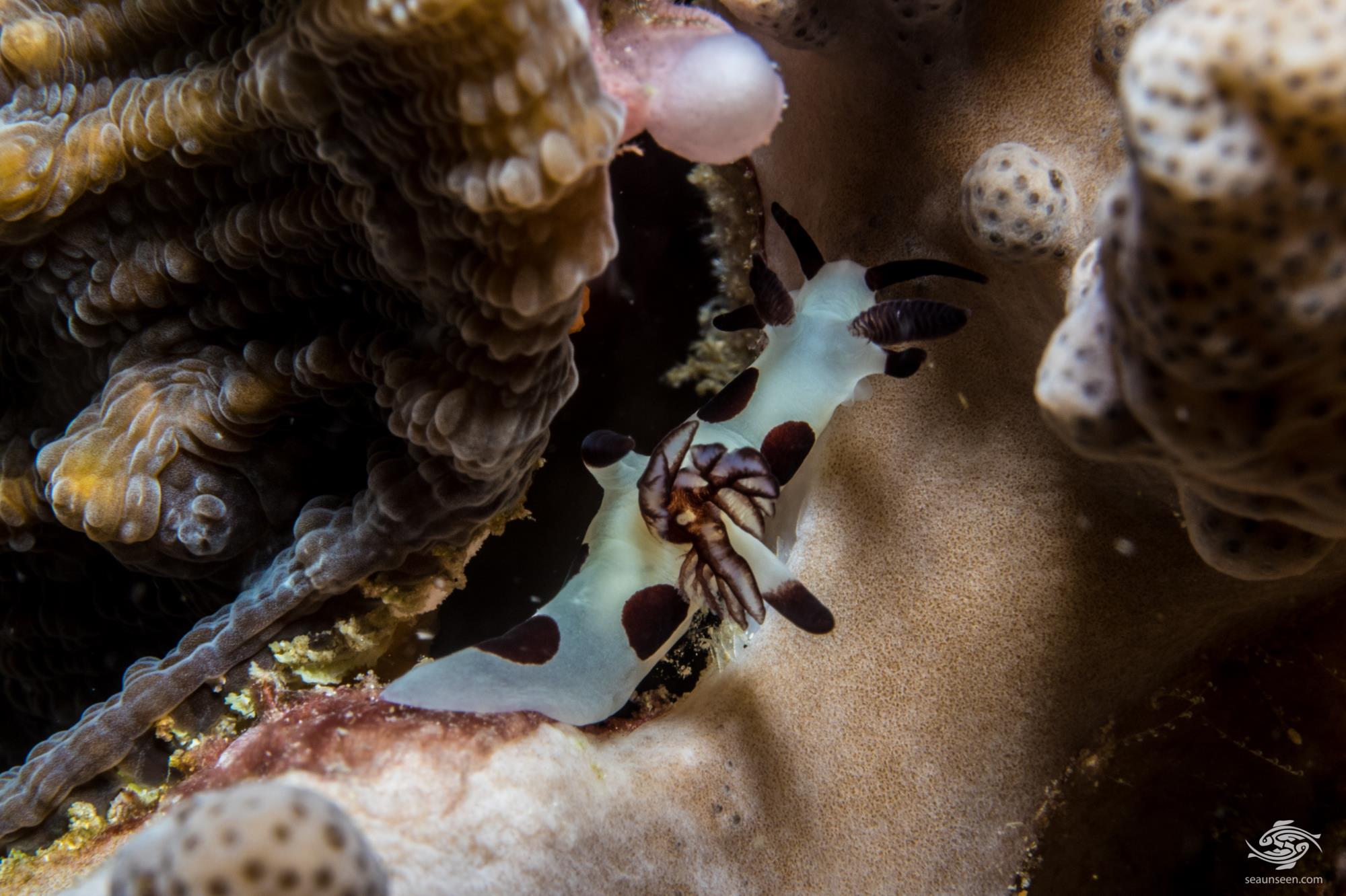 Trapania naeva feed on Kamptozoa or Entoprocta as they are otherwise known which are small filter feeding animals and in particular species which are associated with sponges. 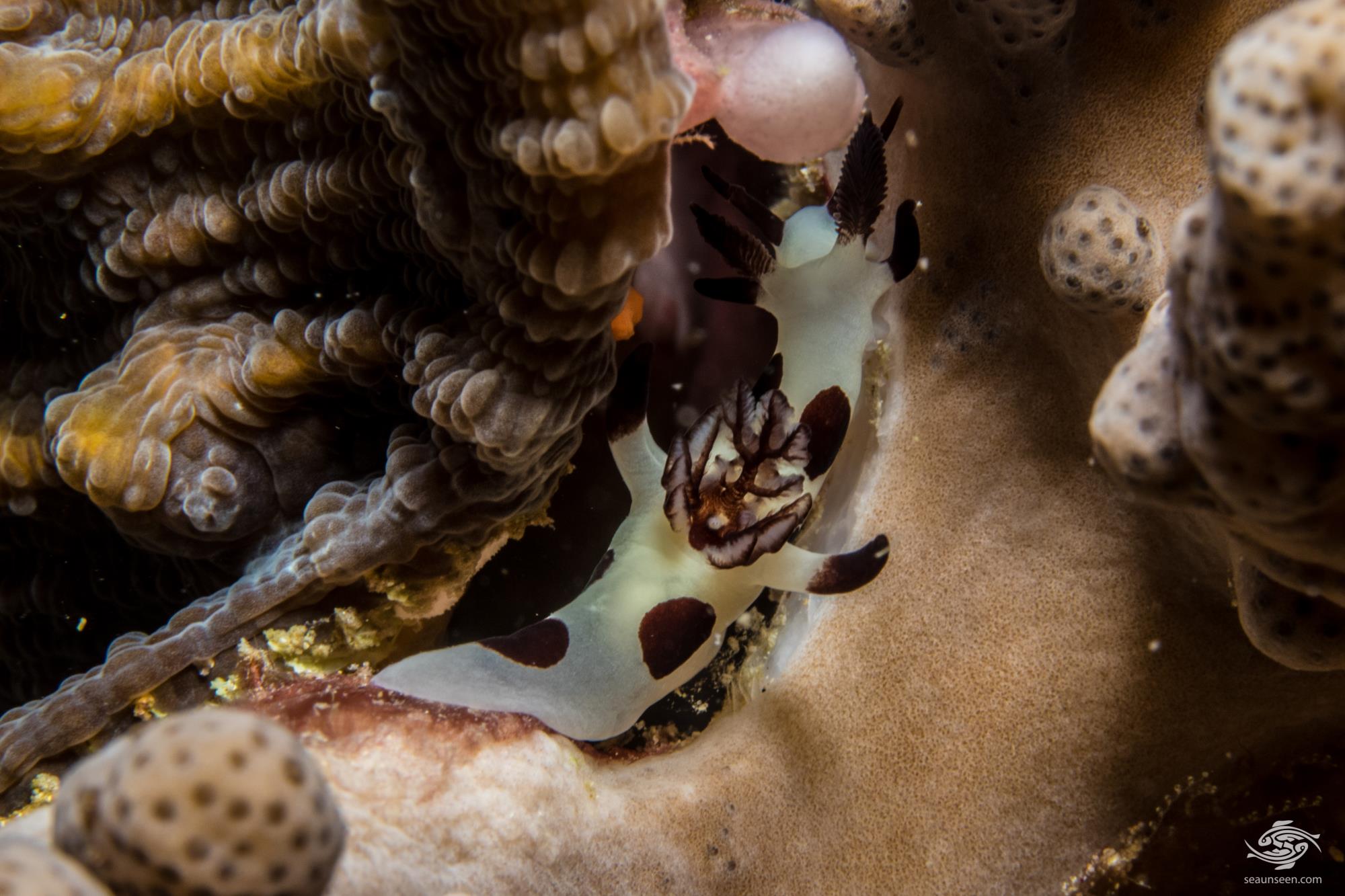 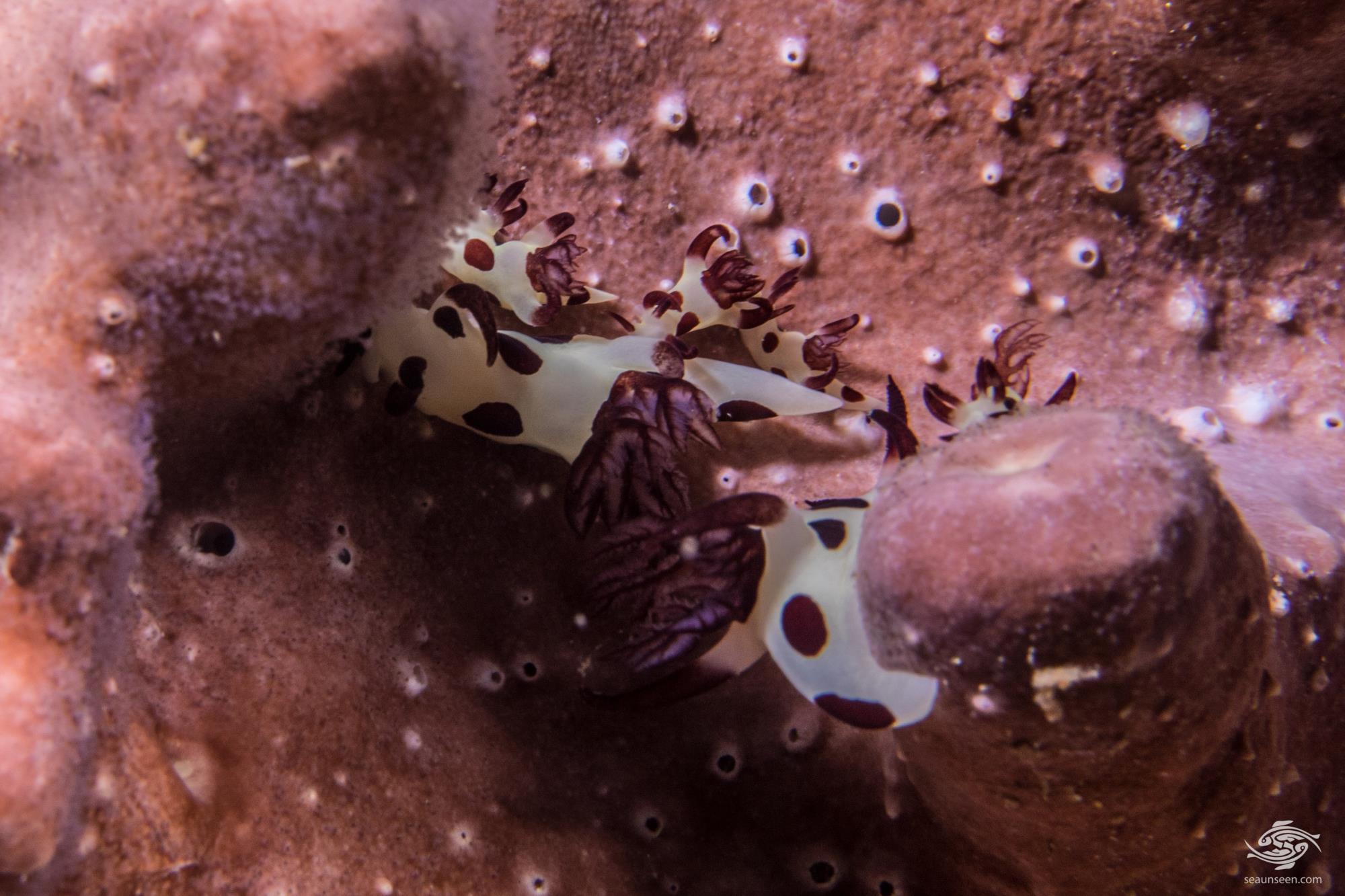 On rare occasions one sees groups of Trapania naeva such as in the image above where there are six in close proximity. This may be mating related although it is possible it could also be food related. Certainly however they have the ability to collect together. 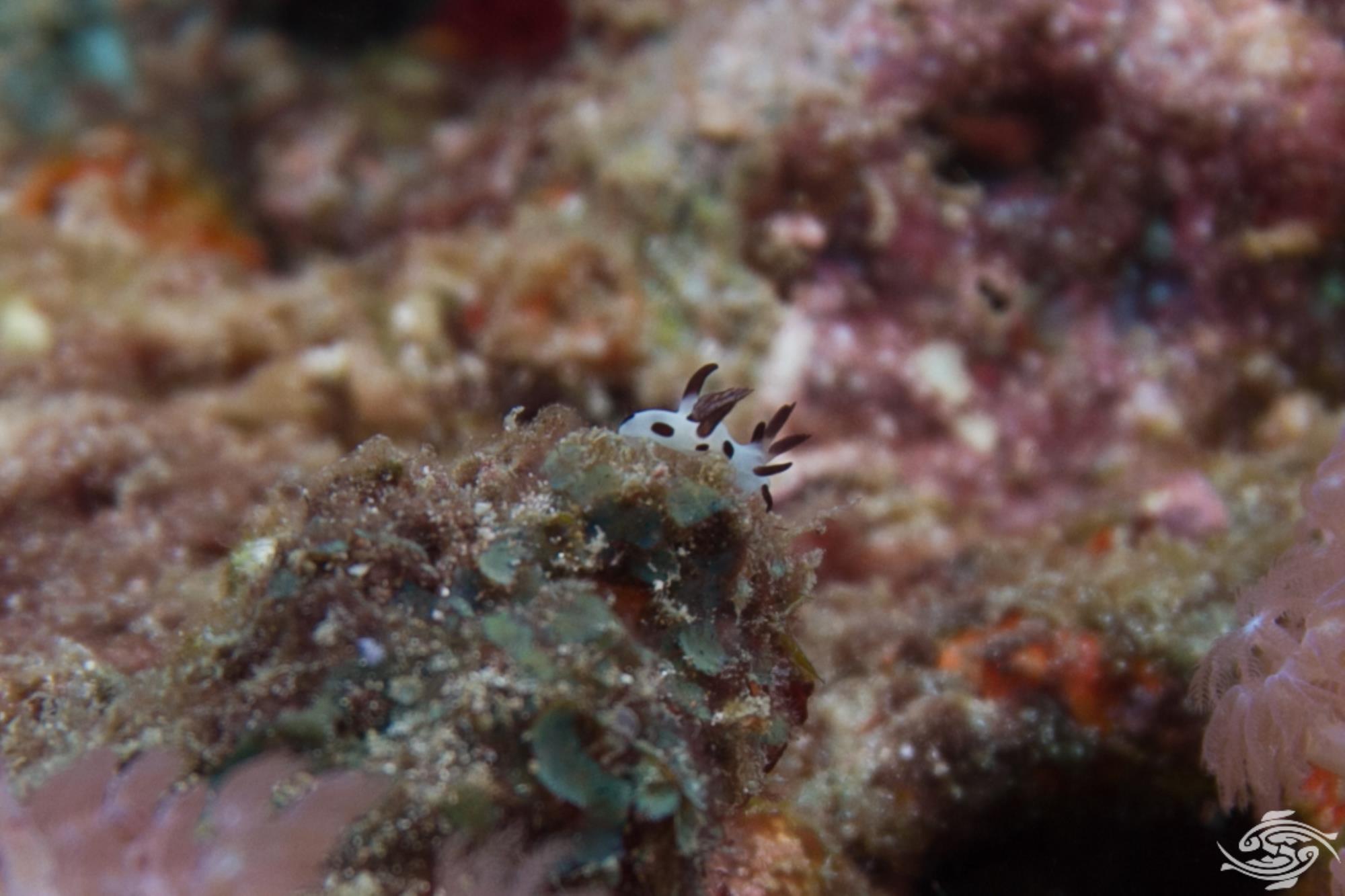