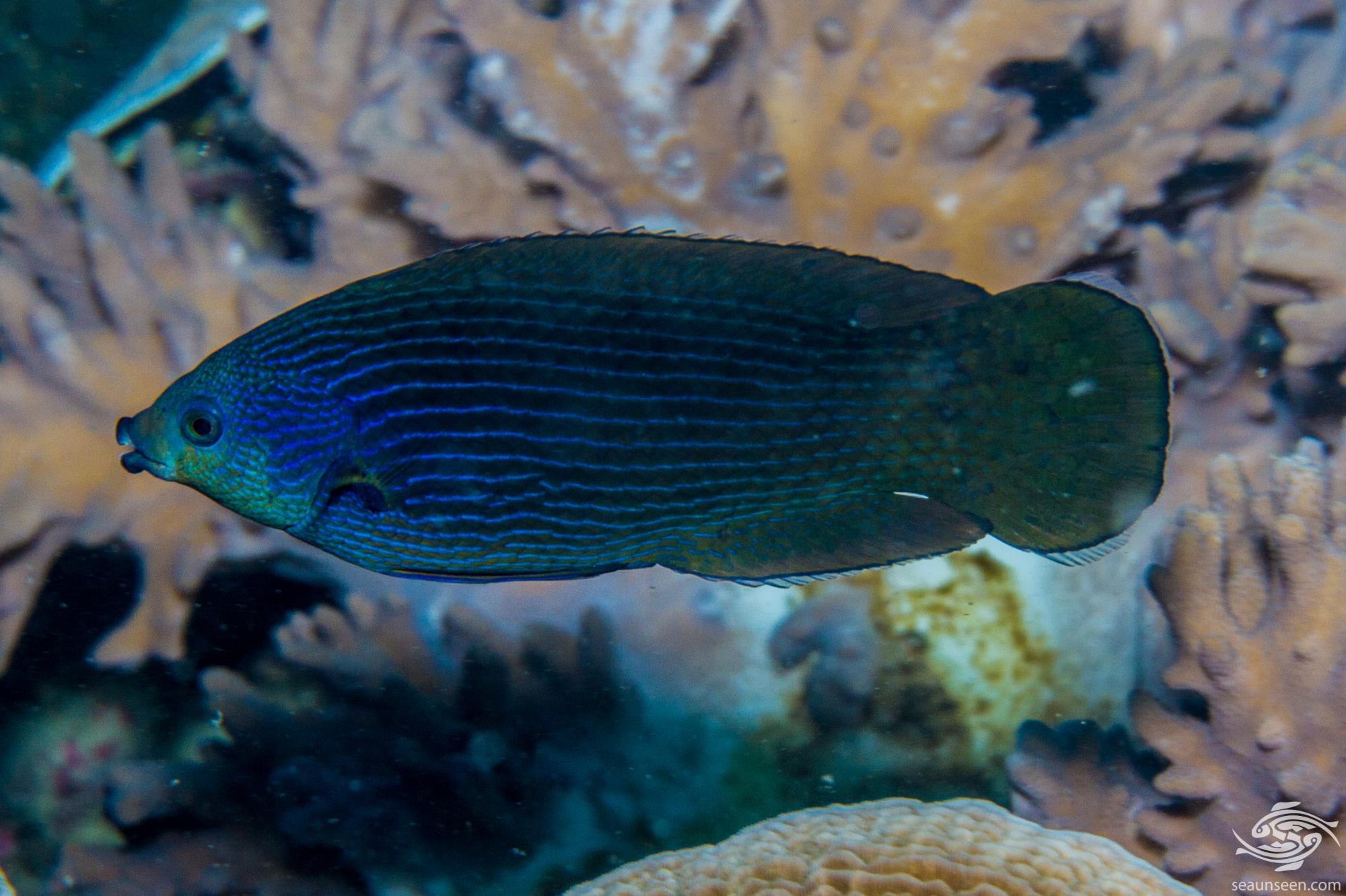 The Tubelip wrasse (Labrichthys unilineatus) is also known as the Tube-mouth Wrasse and the One-lined Wrasse. They are not a common wrasse on Tanzanian reefs but neither are they that rare.

They tend to favor shallow areas of the reef and if one dives in these areas one will see them. Their scientific name unilineatus stems from the single thin line found on the juveniles. They are highly specialized feeders with their lips adapted to feeding on coral polyps. 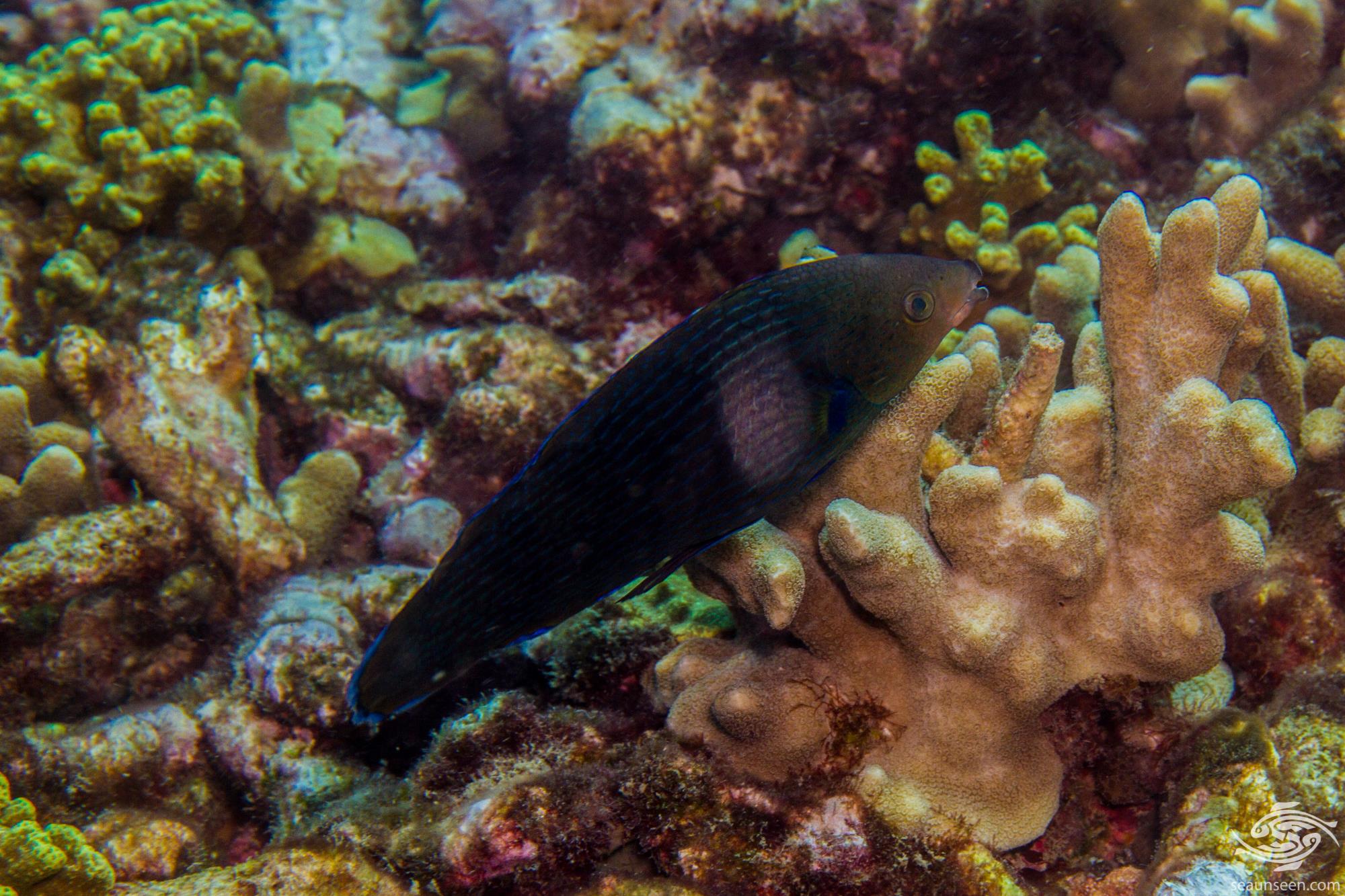 As with many wrasses the colouration changes from the adults to the juveniles. The  juveniles pictured further below have a black body with a thin white line across the mid section of the body. This line runs from the caudal fin across the body onto the lips which even as a young juvenile are tubular shaped. As they mature so the white stripe turns to light blue .

In the next stage pictured further below wavy blue lines develop across the body and the tail goes a yellow green color.  As the fish ages into a mature female so the blue wavy lines become more distinct and the area below the mouth goes a yellow green color as does the caudal fin. The larger more dominant females will turn into males on social cues and as can be seen in the image below they darken in colour  and develop a white-yellow bar down the body behind the gills. 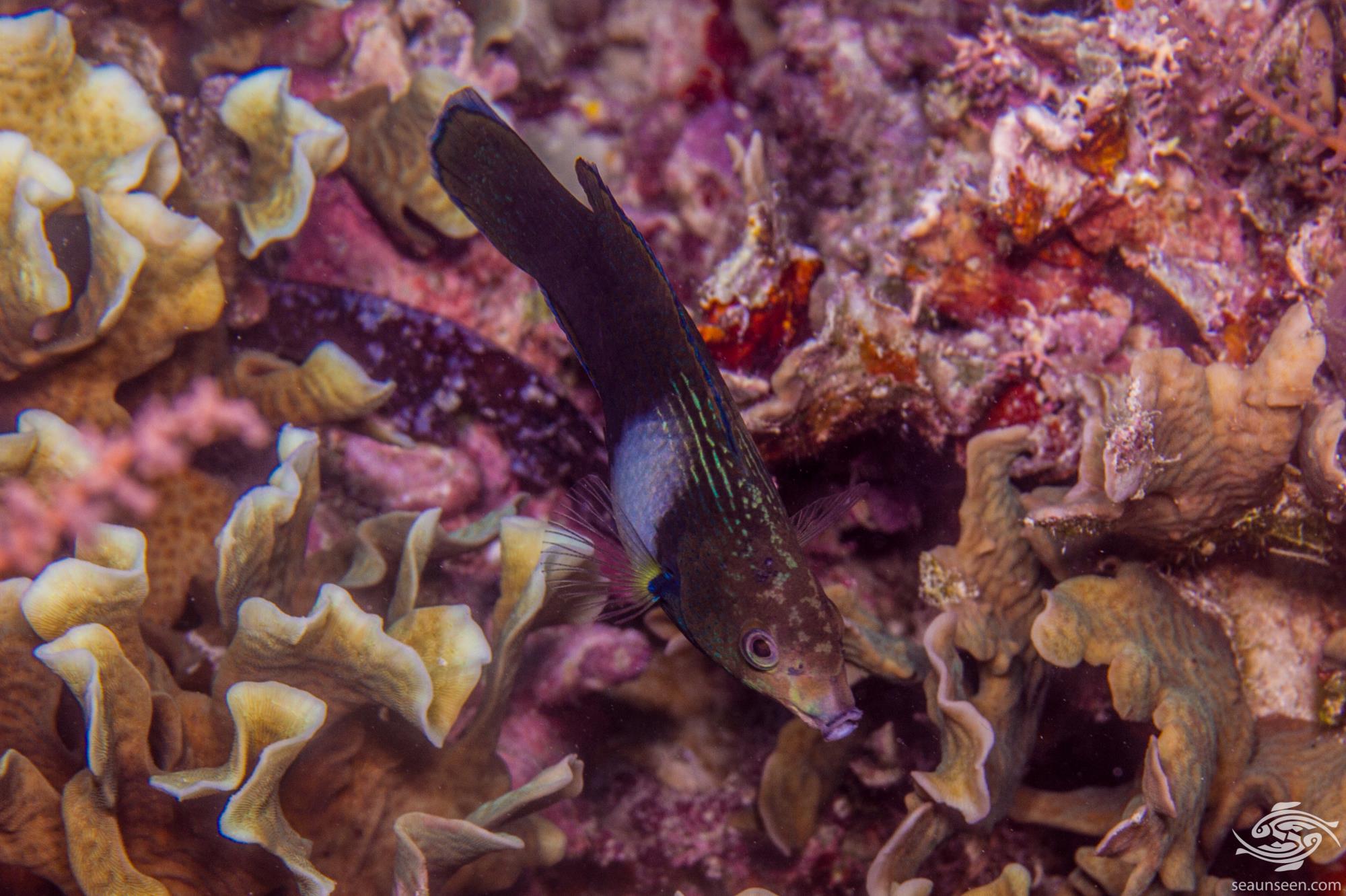 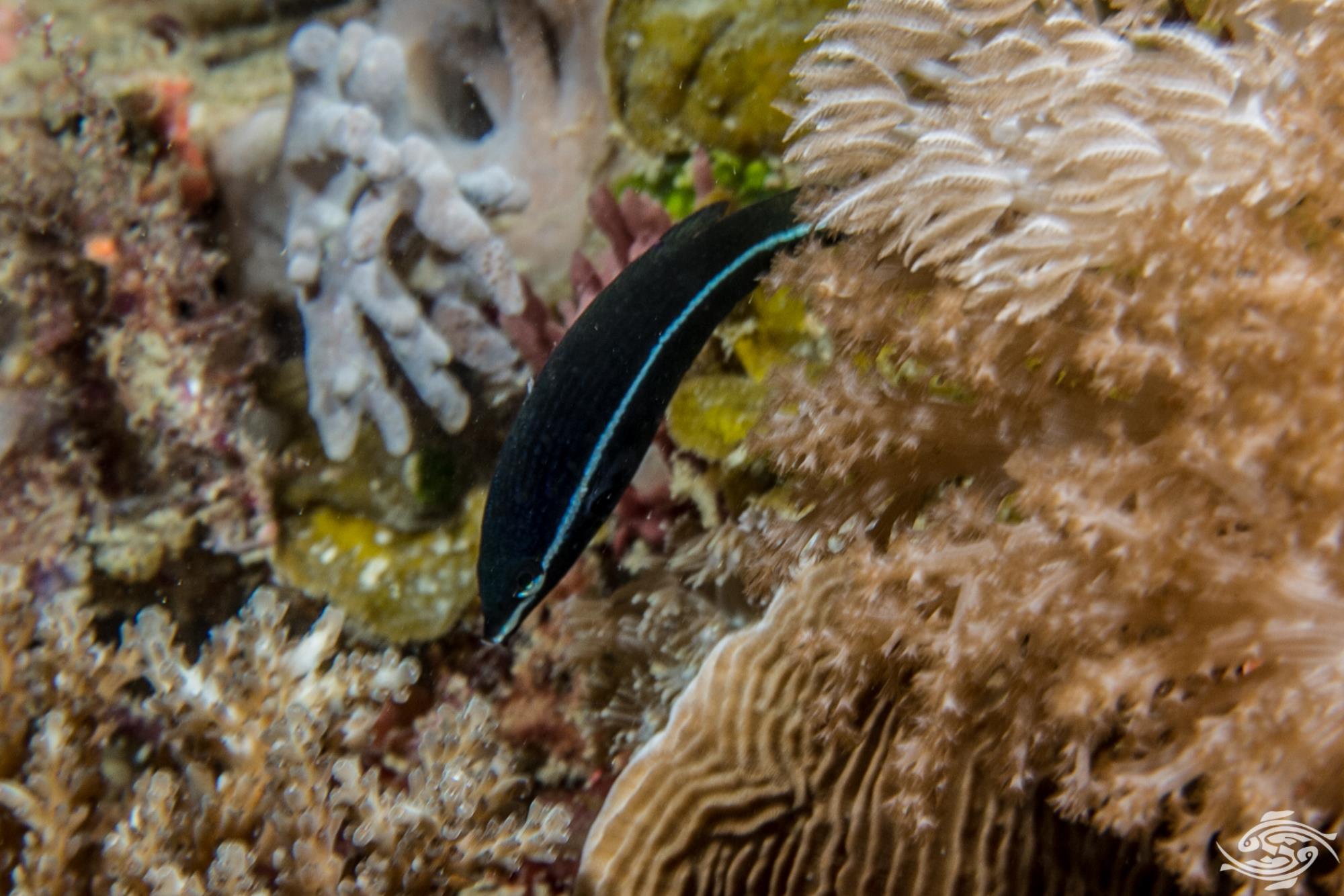 TUBELIP WRASSE IN THE WILD

The adult Tubelip wrasse are active fish and are usually seen singularly feeding across the reef. They are quite difficult to approach closely and generally head away from divers. In Tanzania the adults seem more common on the shallower coral rich semi protected reefs rather than on the deeper reefs.  They appear to be territorial and on one reef in particular in Tanzania there is a male that is always in the same area. They seem to prefer areas with an abundance of branching corals. 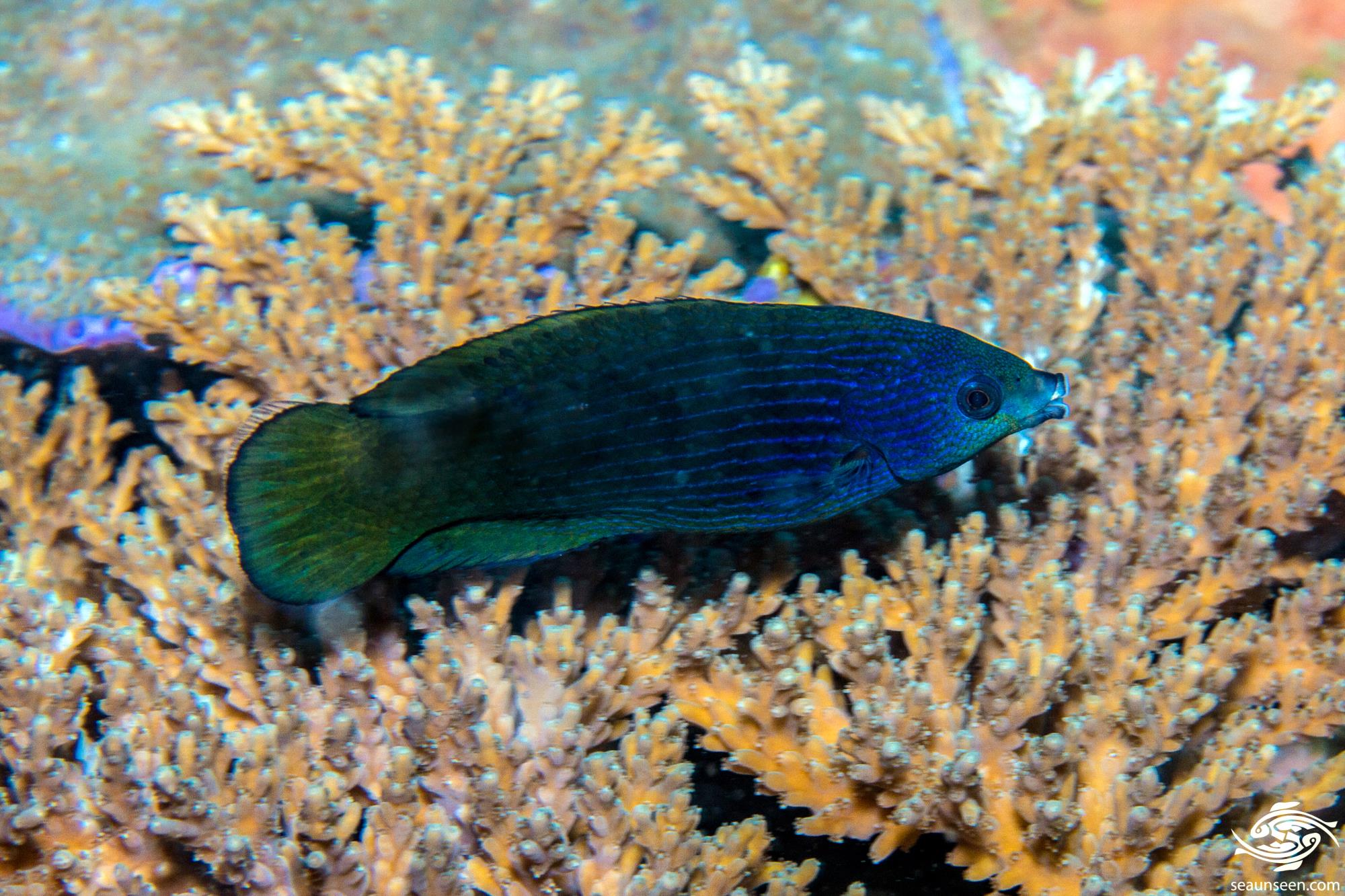 The Tubelip Wrasse, is found across the Indian Ocean from the  Red Sea down to South Africa and across into the Pacific to the Line and Marquesas Islands.  In Tanzania adults are usually seen on reef tops above 15 meters and juveniles are sometimes seen slightly deeper along the top of deep drop offs around 18 meters to 20 meters. They are most common between 4 meters to 10 meters. 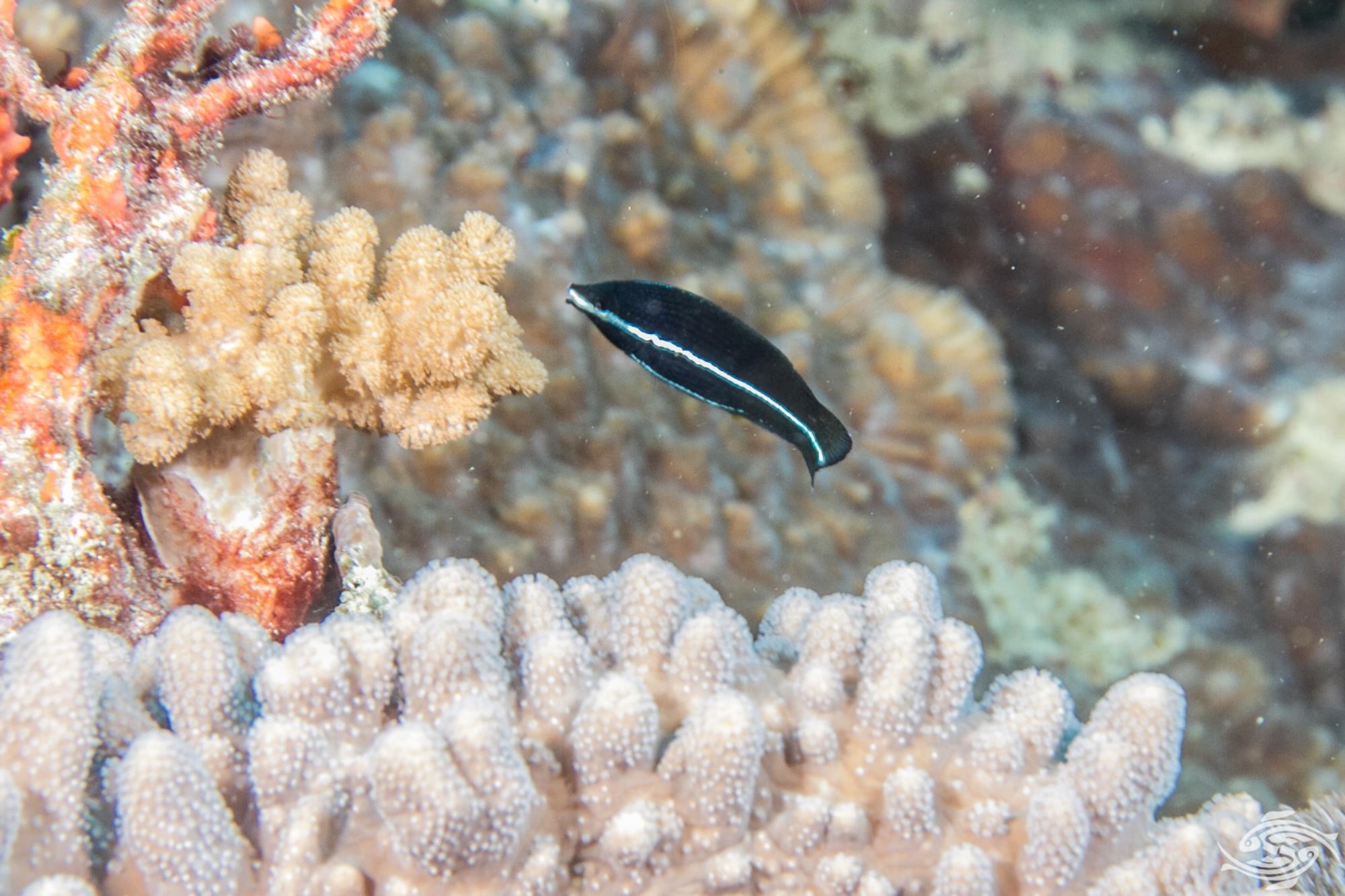 The Tubelip Wrasse are corallivorous and use their tube shaped lips to feed on coral polyps. Research in Australia has shown that they place their lips over a hard stony coral polyp and suck the mucus off of coral polyps. Their lips produce a mucous which protects them from the stinging cells in the coral. They are not as selective as other species of Tubelip wrasse and will feed on any suitable coral species in their particular location. They are active fish constantly on the move feeding and because of their relatively dark colouration are difficult to photograph. 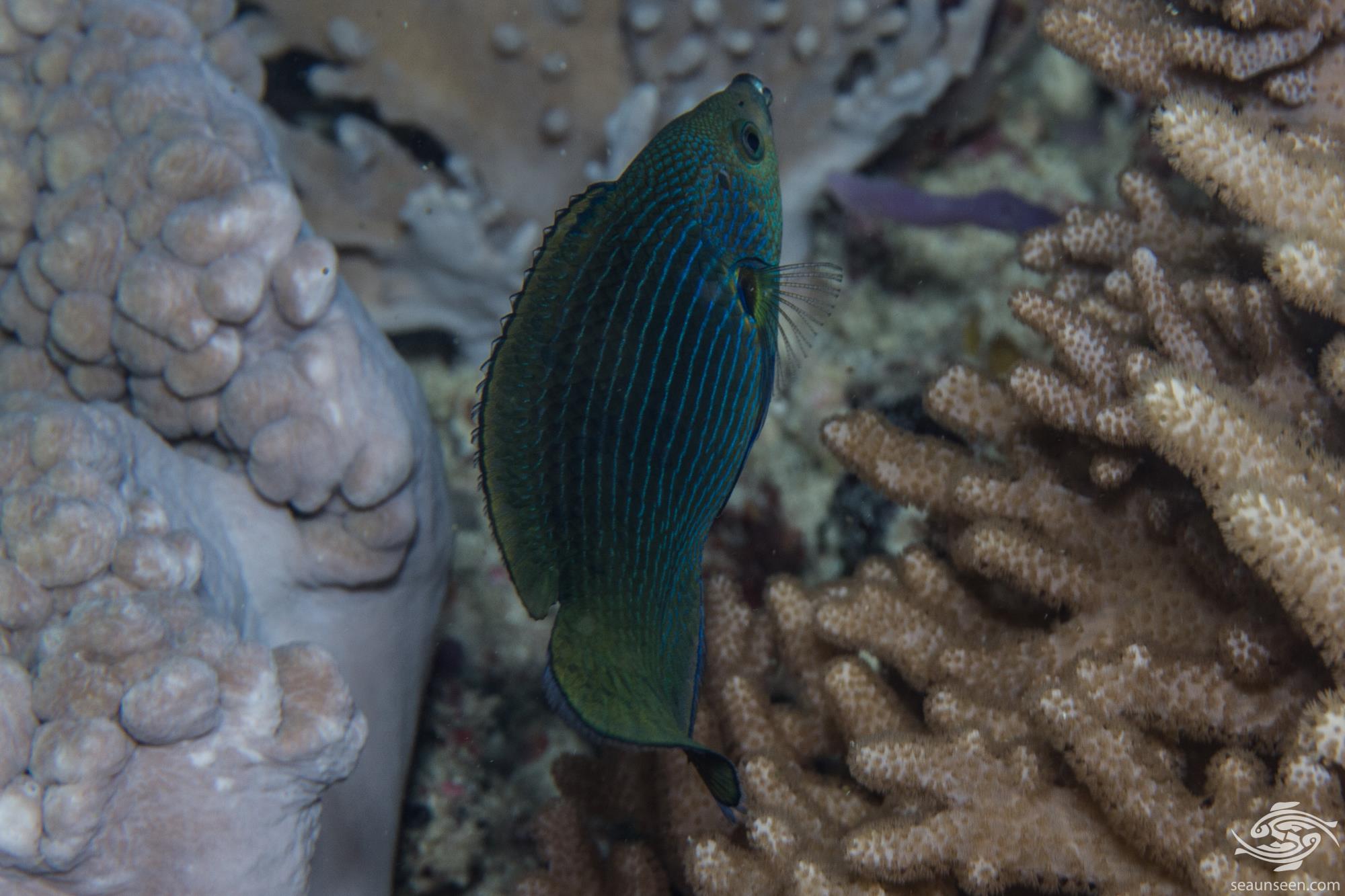 The Tubelip Wrasse is a Protogynous hermaphrodite, they first develop into females. Some specimens based on social cues transform into males. They are Oviparous, with the dominant male running a harem or possibly several harems of females. Little is known of their breeding habits but occasionally a  male will be seen pursuing a female. 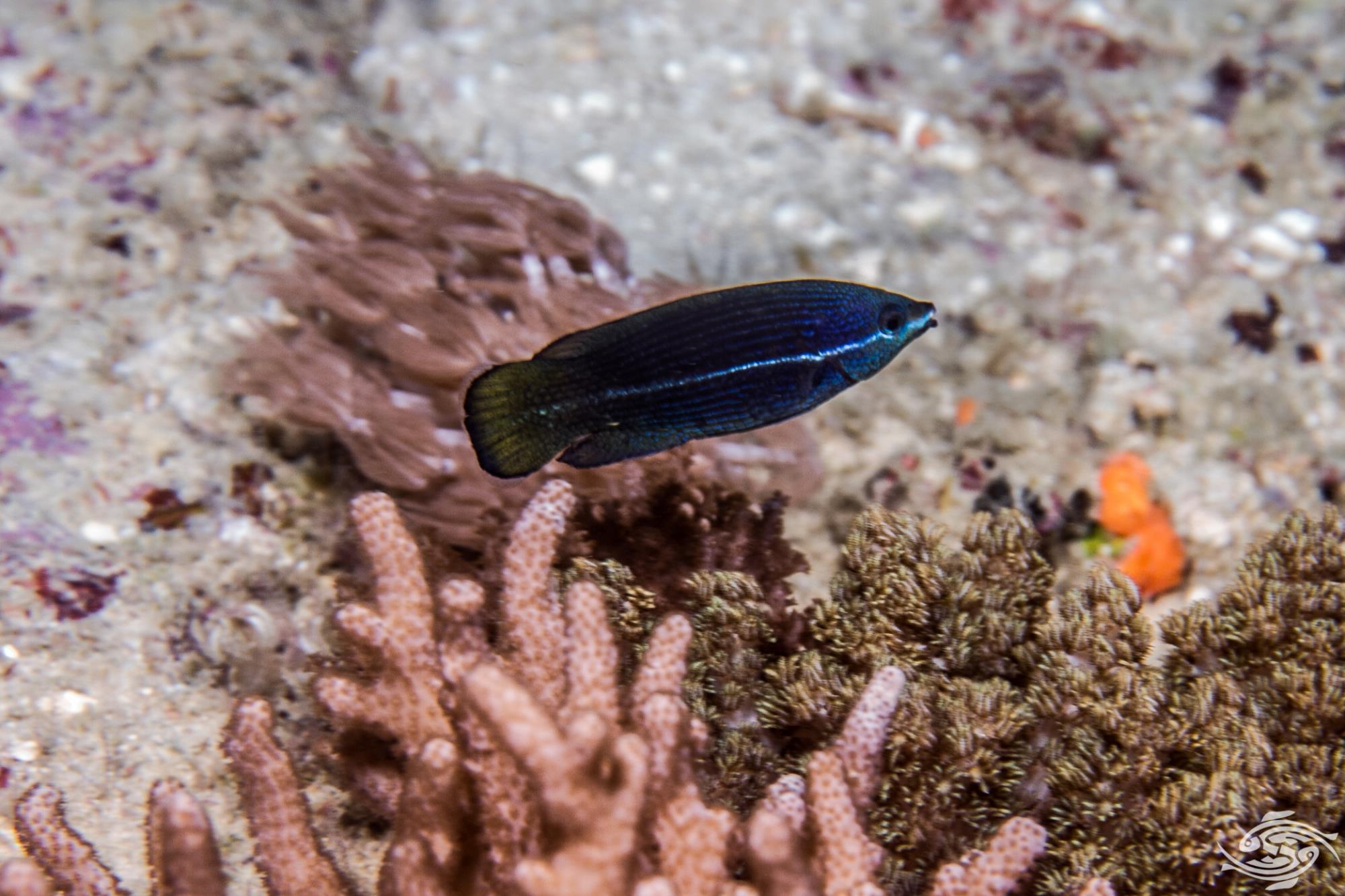 Tubelip  Wrasse are not commonly kept in aquariums mainly because of their diet of live coral mucus which requires live corals. 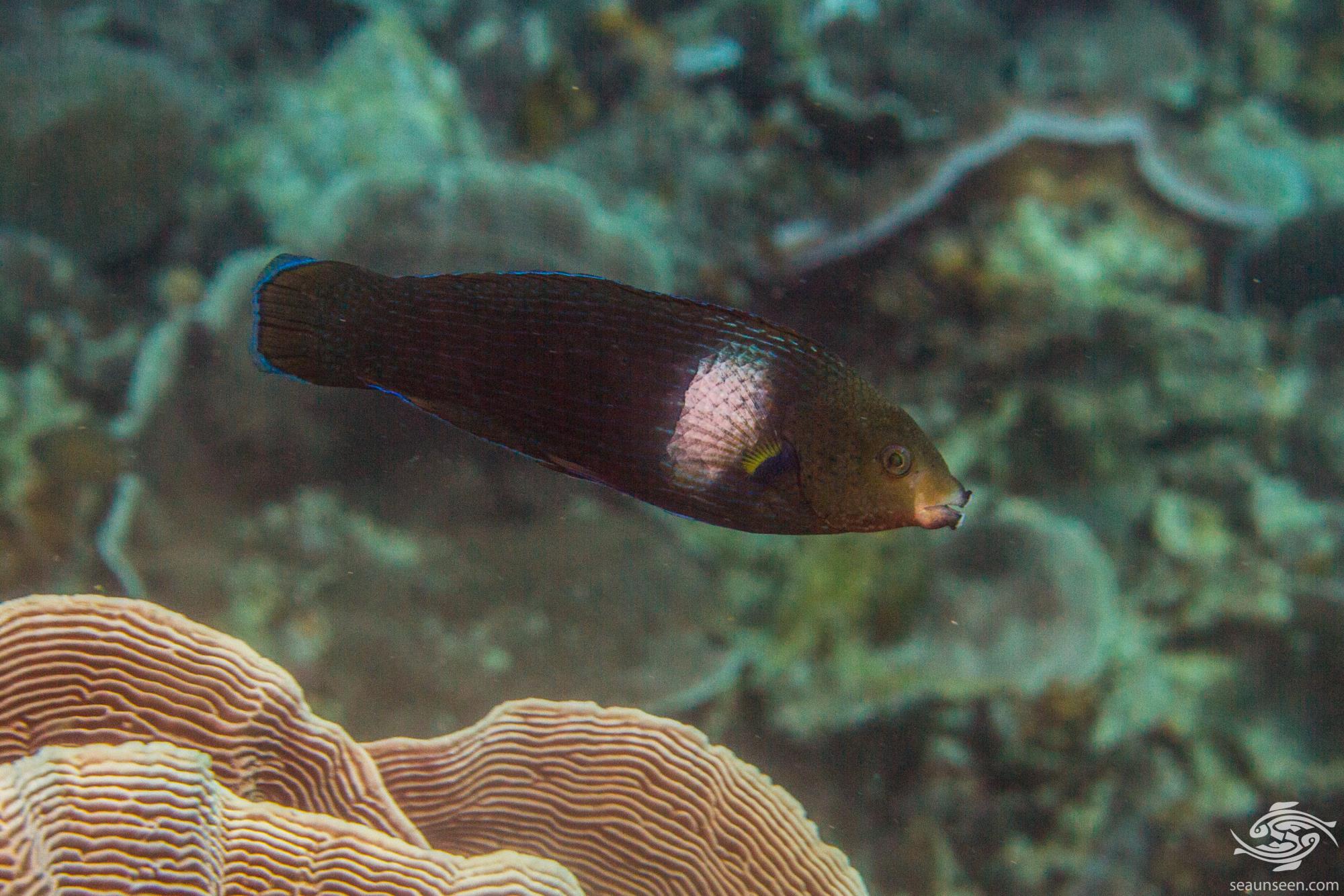