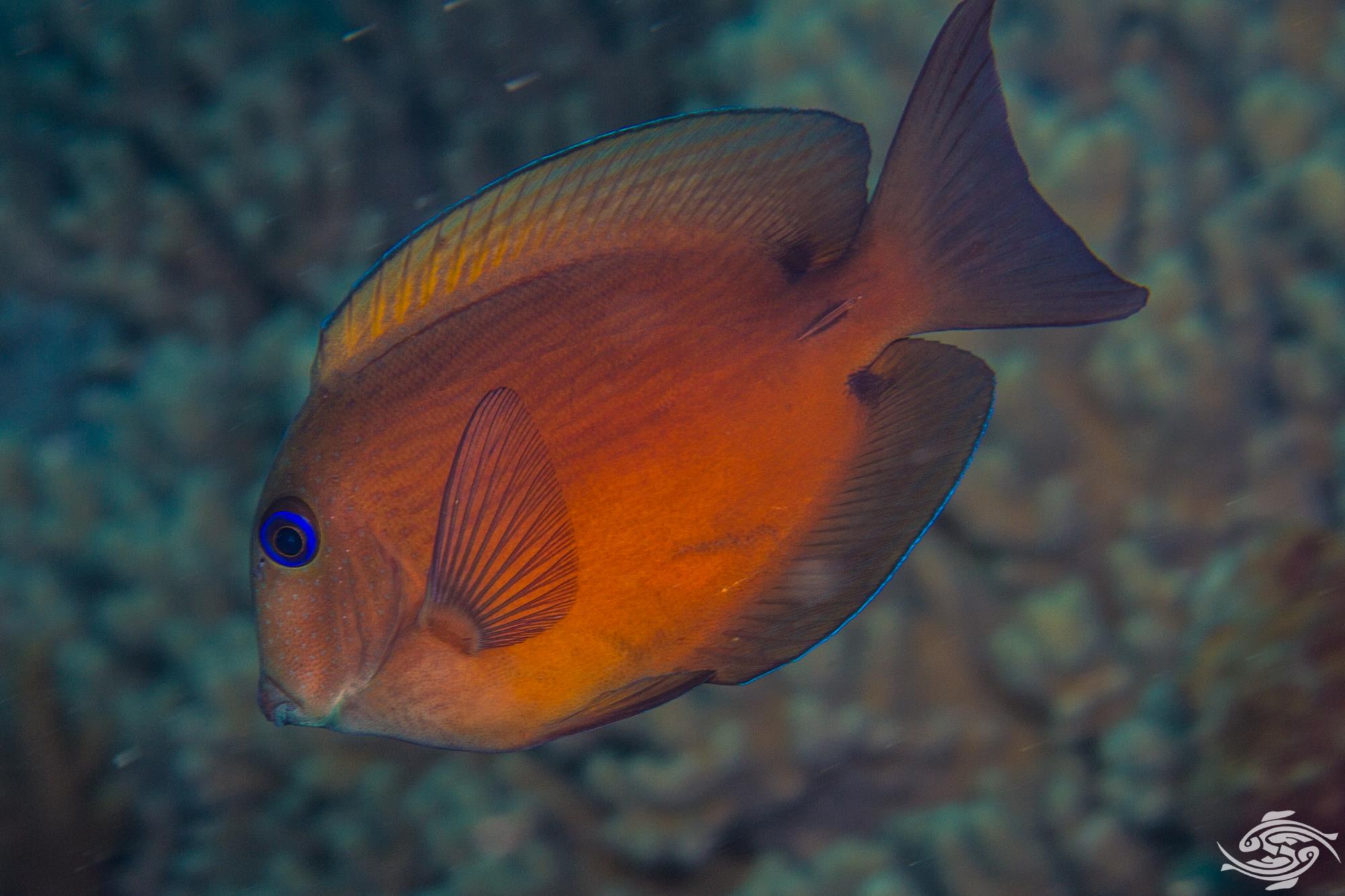 The Twospot Bristletooth, Ctenochaetus binotatus also known as the Twospot Surgeonfish. Being members of the Acanthuridae family, also known as Surgeonfishes they have a retractable razor sharp spine on either side of the caudal area. These are used for defense and possibly in territorial disputes and can inflict significant damage.

The Twospot Bristletooth is in the sub family Acanthurinae whose members have large numbers of bristle like teeth, which are used for scraping organic matter off the surface of the reef and for sifting sand. 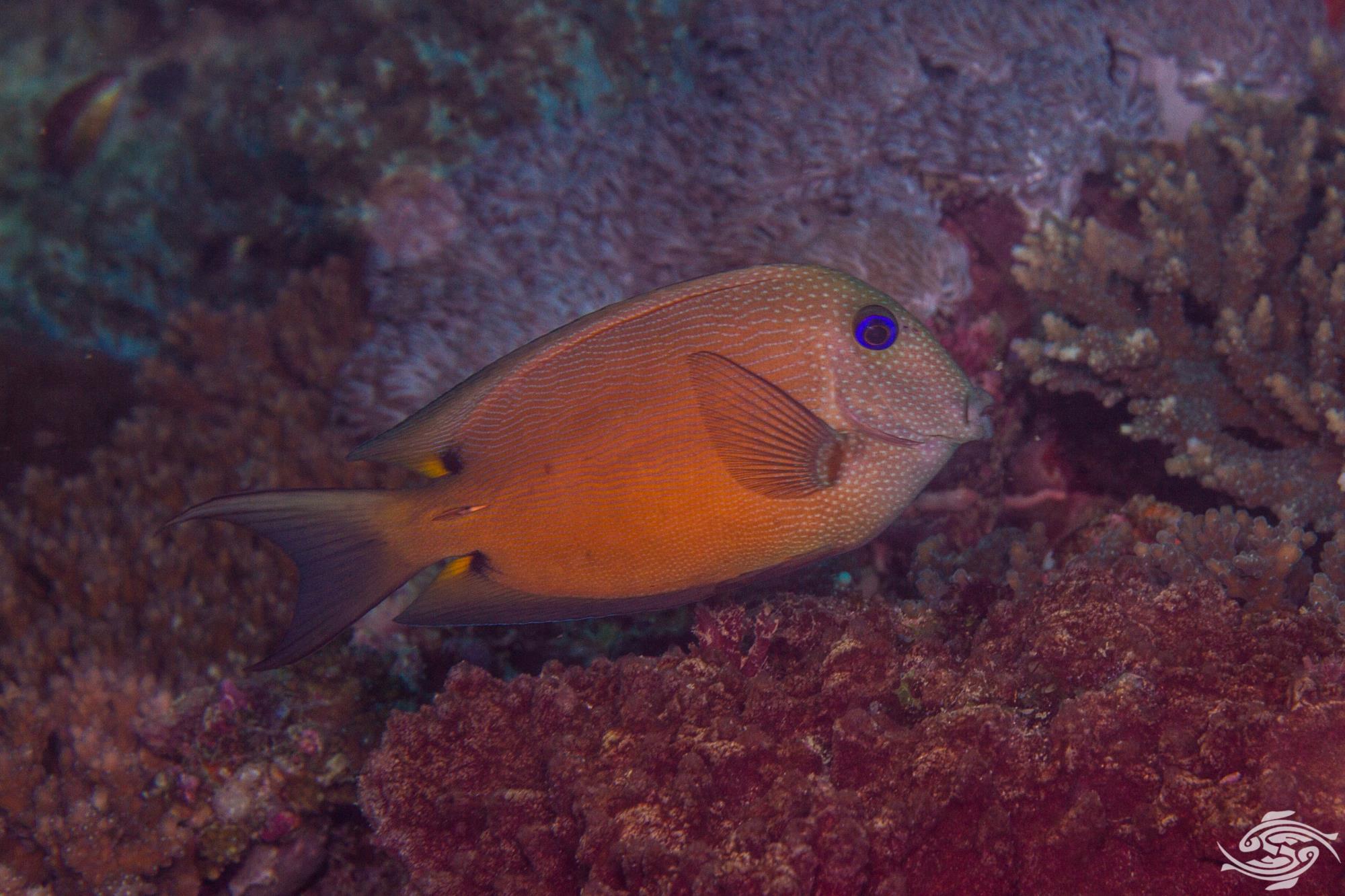 The Twospot Bristletooth is quite easy to distinguish from the other Bristletooth Surgeonfish because of the prominent spots on the upper and lower caudal areas. They also have a prominent blue ring around their eye.  The juveniles are very similar looking to the adults with a orange brown to dark brown body with indistinct blue lines running across the body. On the juveniles the tail is sometimes yellow and there can be a bit of yellow in the dorsal fin. The blue marks seem slightly more exaggerated on the juveniles as well. 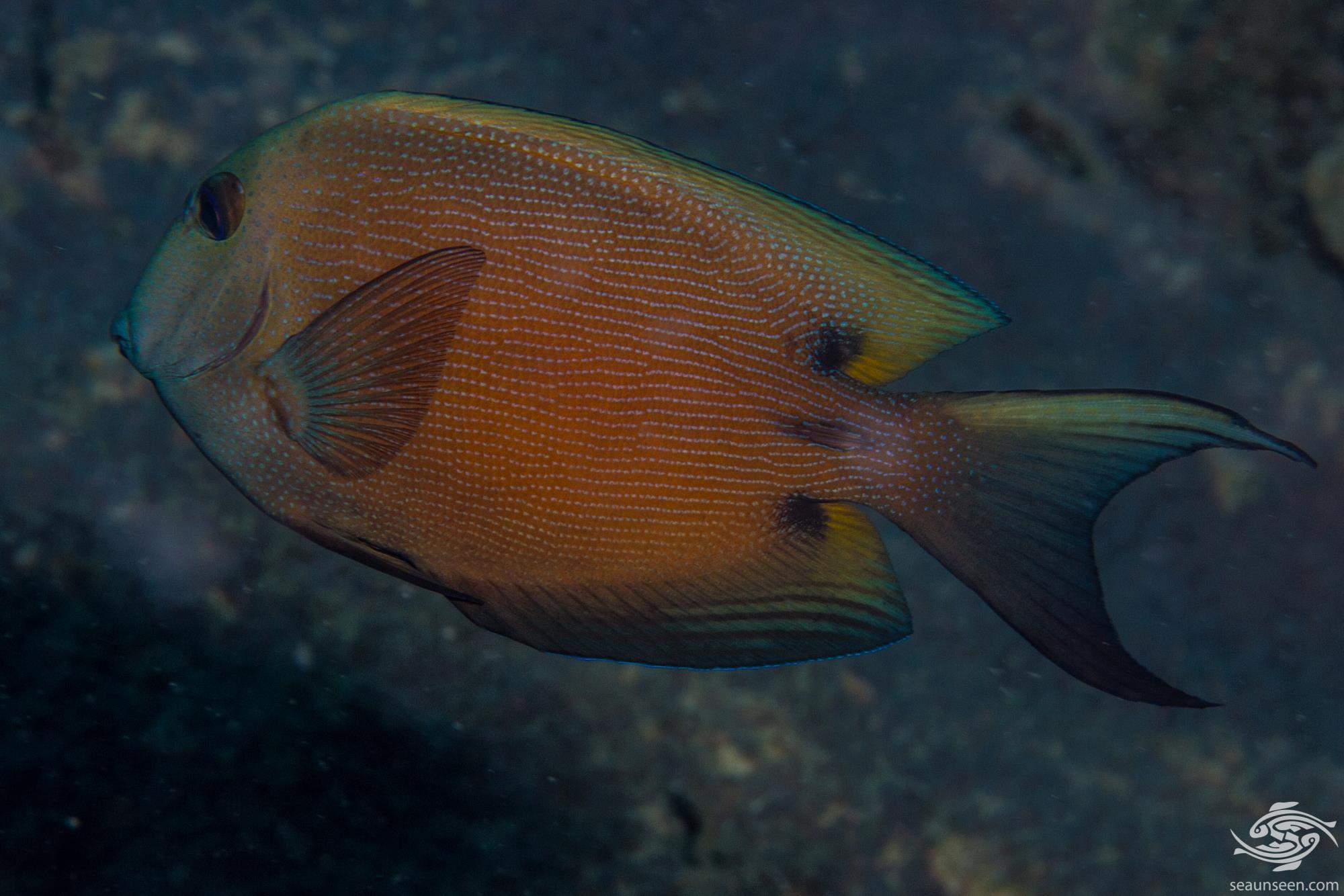 The blue markings on the adults fade somewhat and the body is either an orange brown or dark brown color with the blue markings being less distinct. There are no obvious differences between the sexes but the males become more vibrantly colored during mating. They grow up to 22 cm in length but around 18cm is more common in the wild. 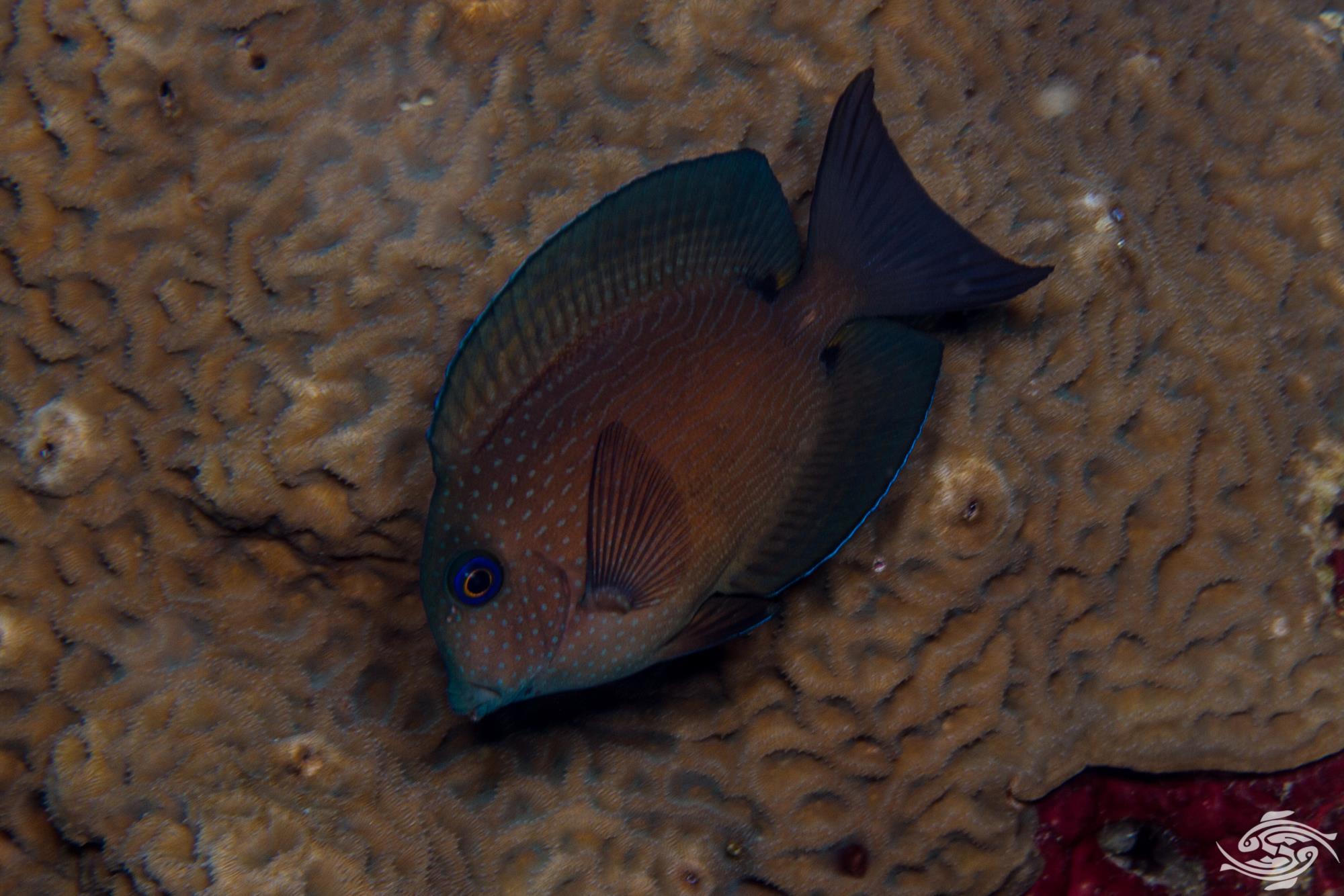 The Twospot Bristletooth is very common on the reefs in Tanzania and is often seen grazing on the reef. Twospot Bristletooth are seen singly and in pairs, often with other members of the subfamily. They are fairly skittish fish and are quite fast moving when there is a diver around. They are surprisingly difficult to photograph well and generally do not allow one to get close. Only when they have found a good feeding spot and are occupied with eating is it possible to approach closely. 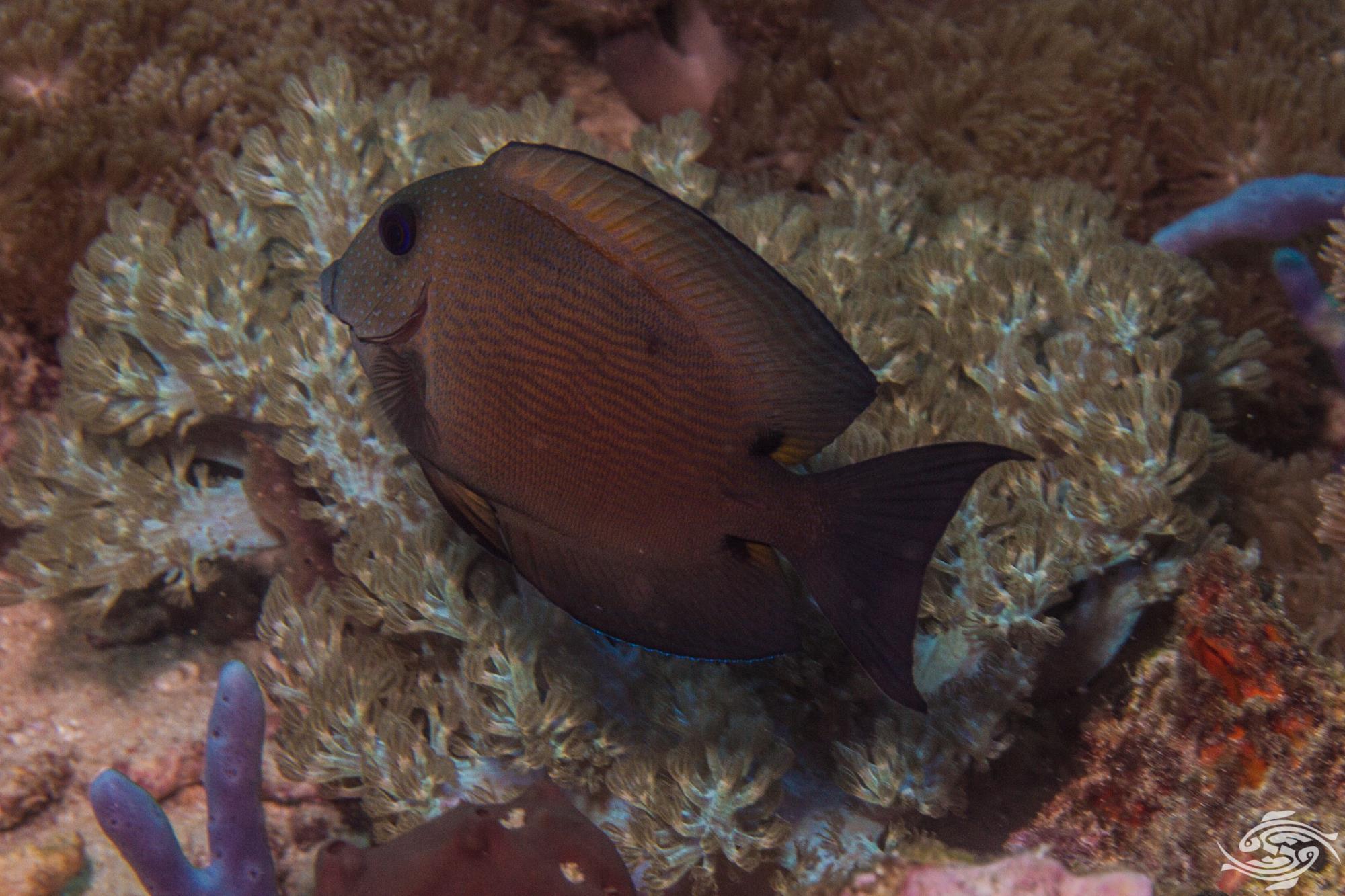 The Twospot Bristletooth is mainly seen on reefs although sometimes they are seen on rubble areas. They are found across the Indo West Pacific area from East Africa to Southern Japan and South to Australia. They are most common around the 12 to 20 meter range but can often be seen on shallow reefs at around 3 to 5 meters. Their maximum depth is 50 meters. 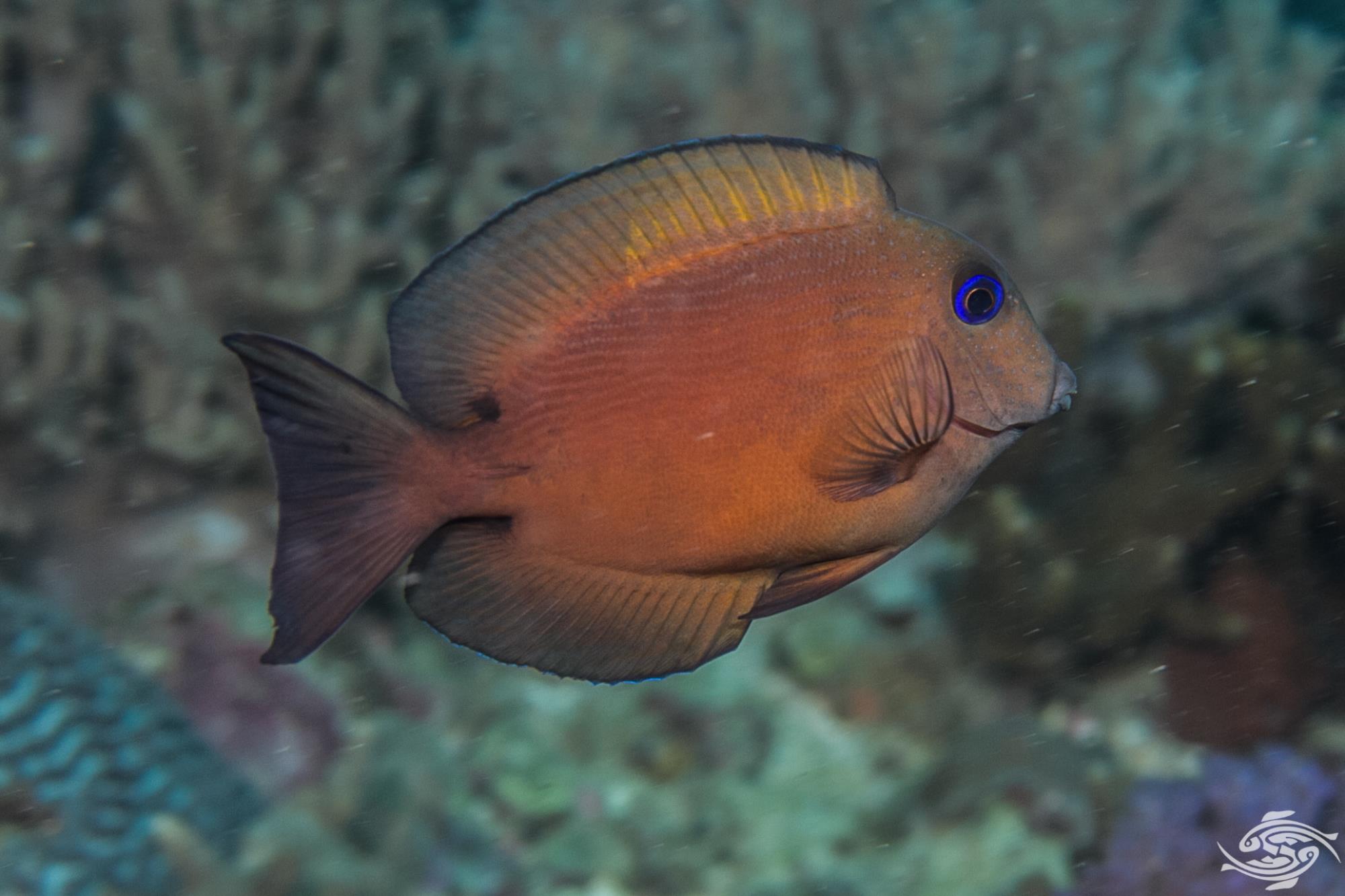 The Twospot Bristletooth use their bristle like teeth to scrape nutrients off the reef and off sand.  They use their teeth to sift off the nutrients which are then sucked into the stomach. Their natural diet is composed of algae, detritus as well as organic matter including dinoflagellates, diatoms and other small organisms. 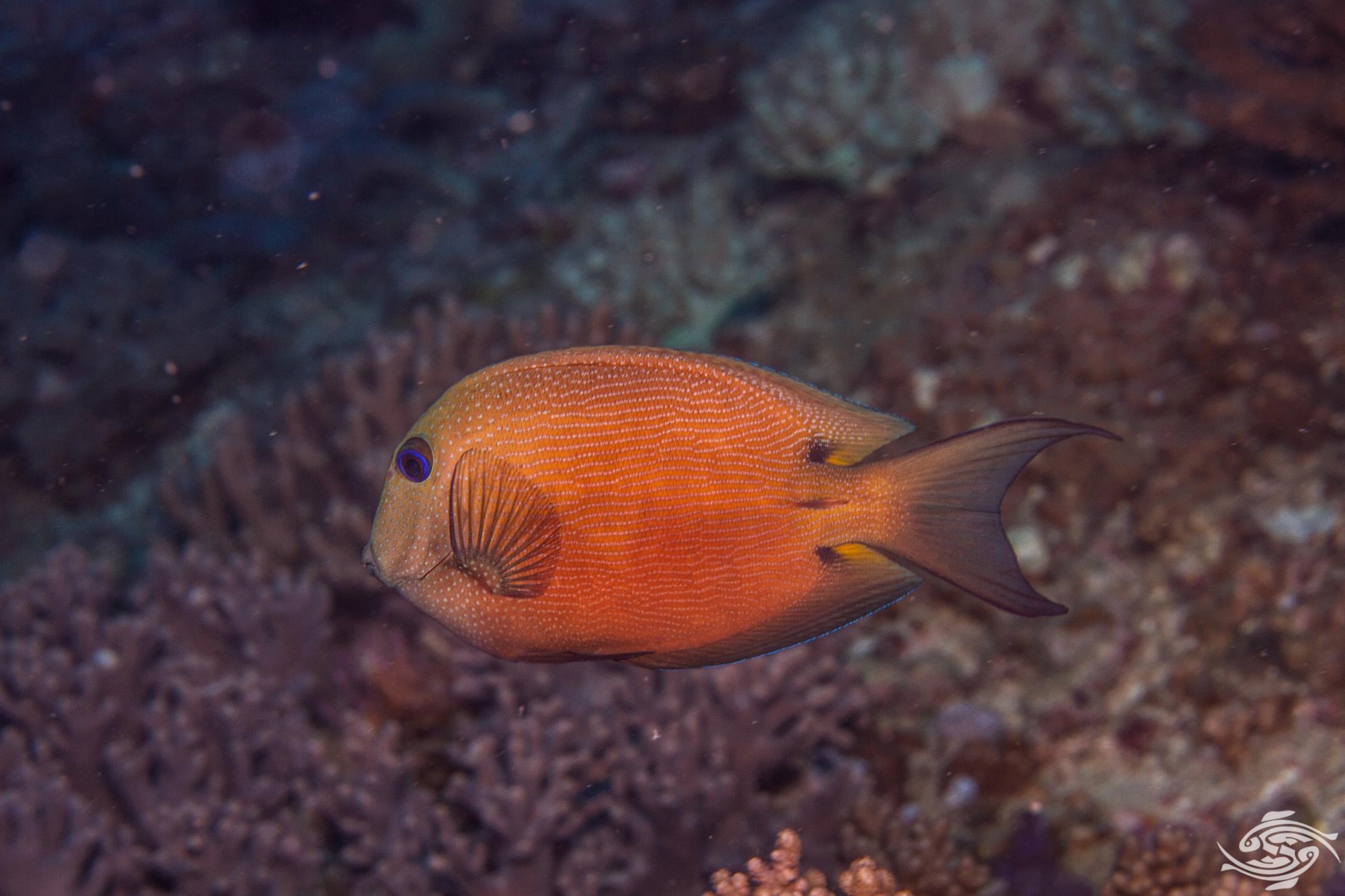 Twospot Bristletooth are often seen in pairs. At mating in spring and summer one of the pair is often more vividly colored and this is usually the larger specimen which is assumed to be the male. Other than that little seems known of their mating habits and we have never seen them spawning. Spawning is said to take place between pairs. The eggs float in the substrate until hatching. 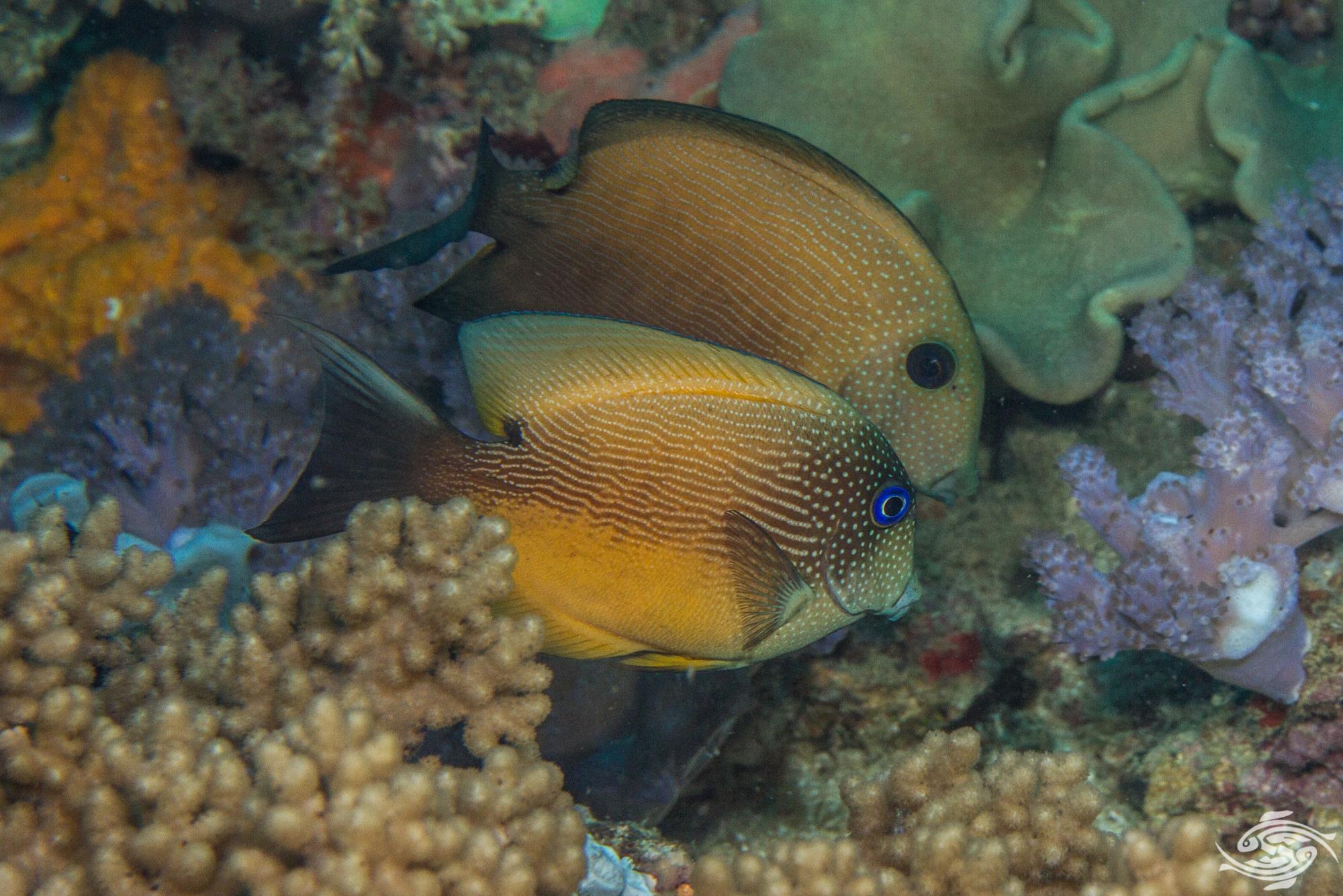 Twospot Bristletooth are kept in aquariums but are not as popular as their close relative Ctenochaetus strigosus which are seen as being more attractive visually. If one intends keeping the Twospot Bristletooth they should be kept singly or as mated pairs to prevent territorial disputes between two males or two females. They are fairly placid fish and may be bullied by more aggressive species. Given that the bulk of their natural diet is scraped off rocks or sand, to be fair to the fish one would require quite a large tank to provide sufficient food for an adult. A full grown fish of 22 cm requires a large grazing area and because of this careful thought should be given before placing one in your tank. They require a lot of live rock and preferably live sand. 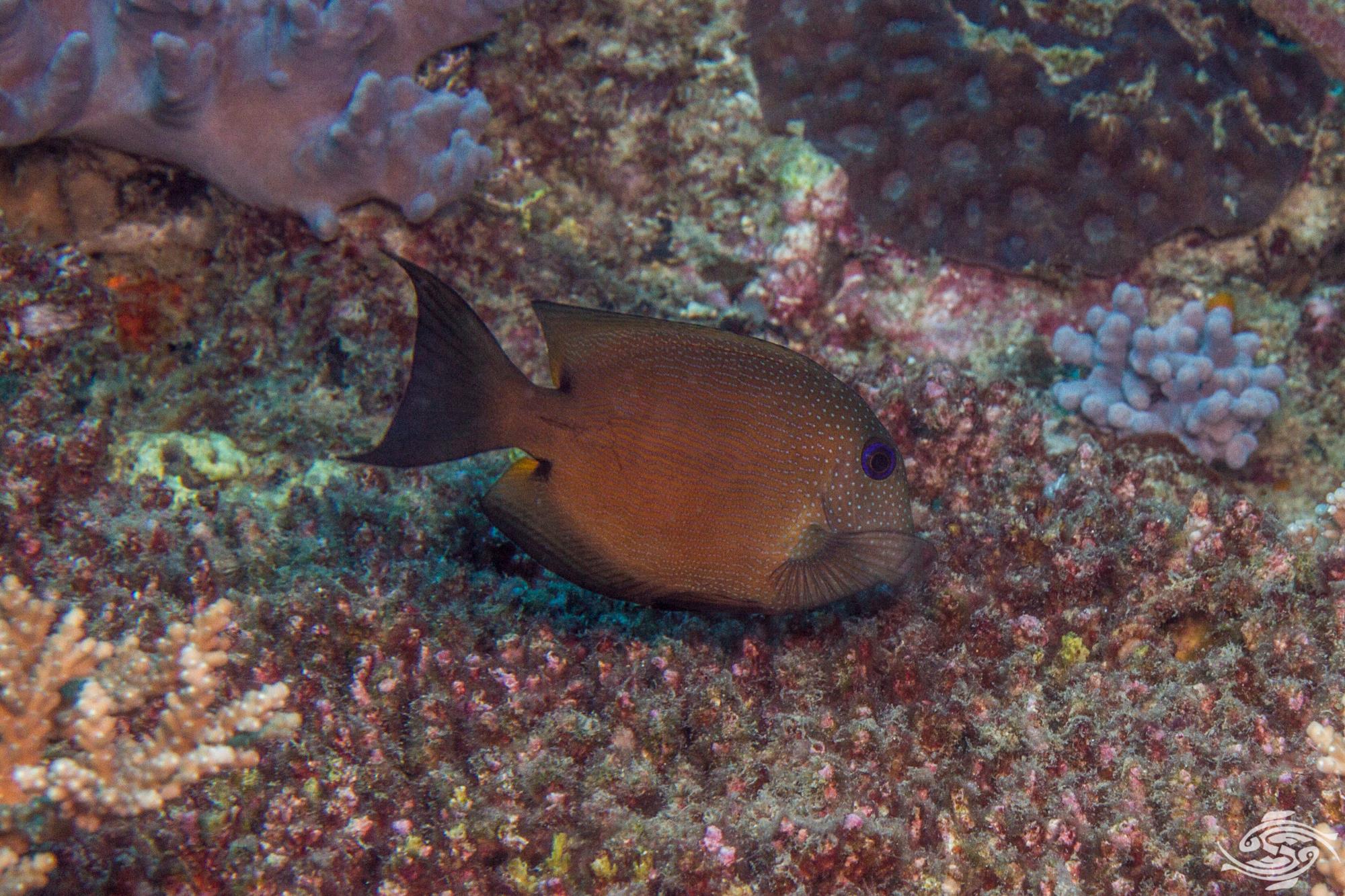 Twospot Bristletooth are not commonly caught by fishermen in Tanzania due to their feeding habits and the improbability of taking bait. They are netted or trapped occasionally but given their diet they may contain toxins and Ciguatera poisoning is a danger.