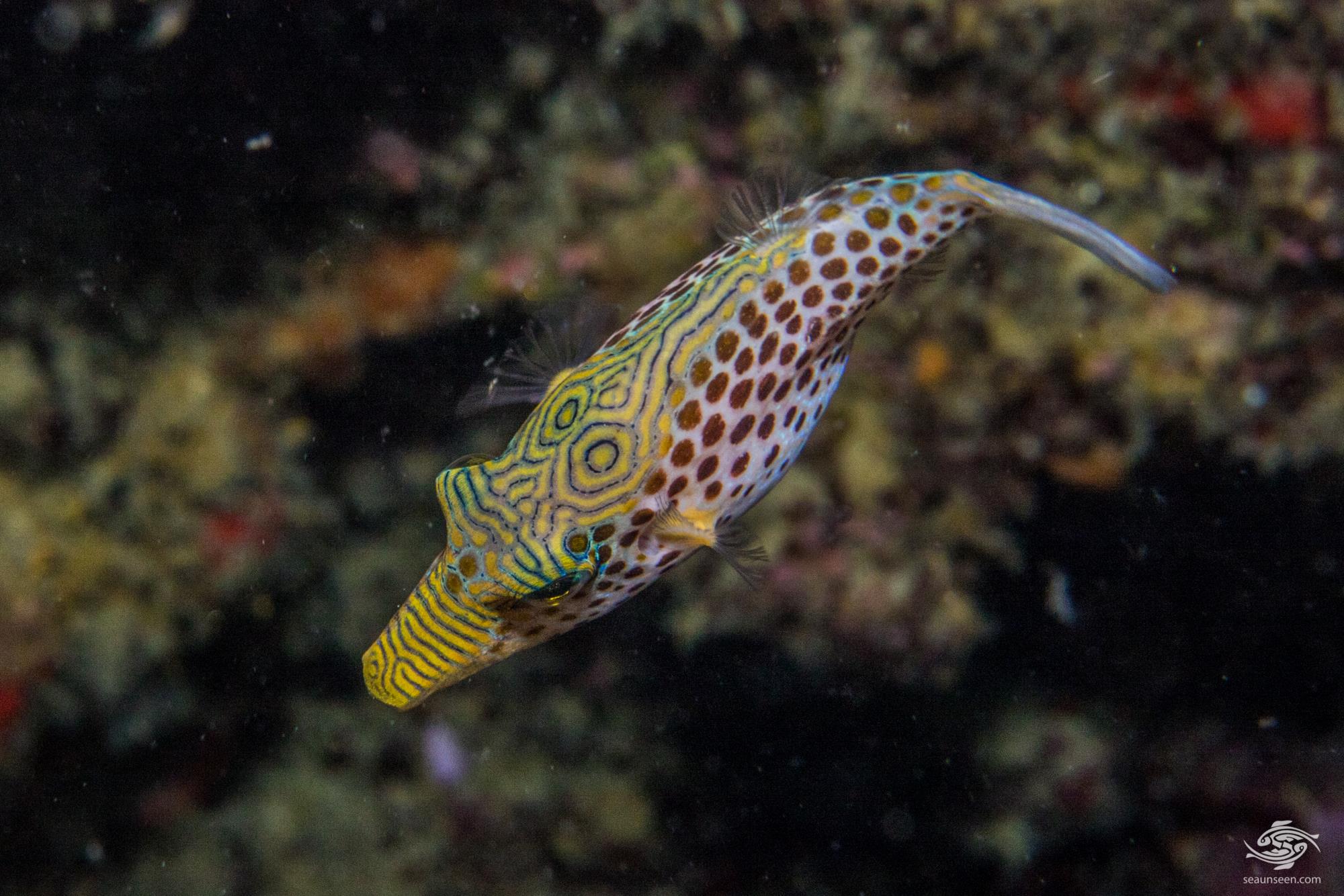 The Tyler’s toby (Canthigaster tyleri) is rarely seen in Tanzanian waters perhaps because it is found deeper than the other toby’s.

Fish in the Tetraodontidae family have the smallest genome of any vertebrate known to date. As with the other pufferfish, they have a symbiotic relationship with types of bacteria such as Pseudoalteromonas tetraodonis. This bacteria produces tetradotoxin which is a powerful neurotoxin. These tetradoxin’s are found in their skin and internal organs. Tetradoxin is approximately 100 times more toxic than cyanide. This provides the fish with protection against predators. 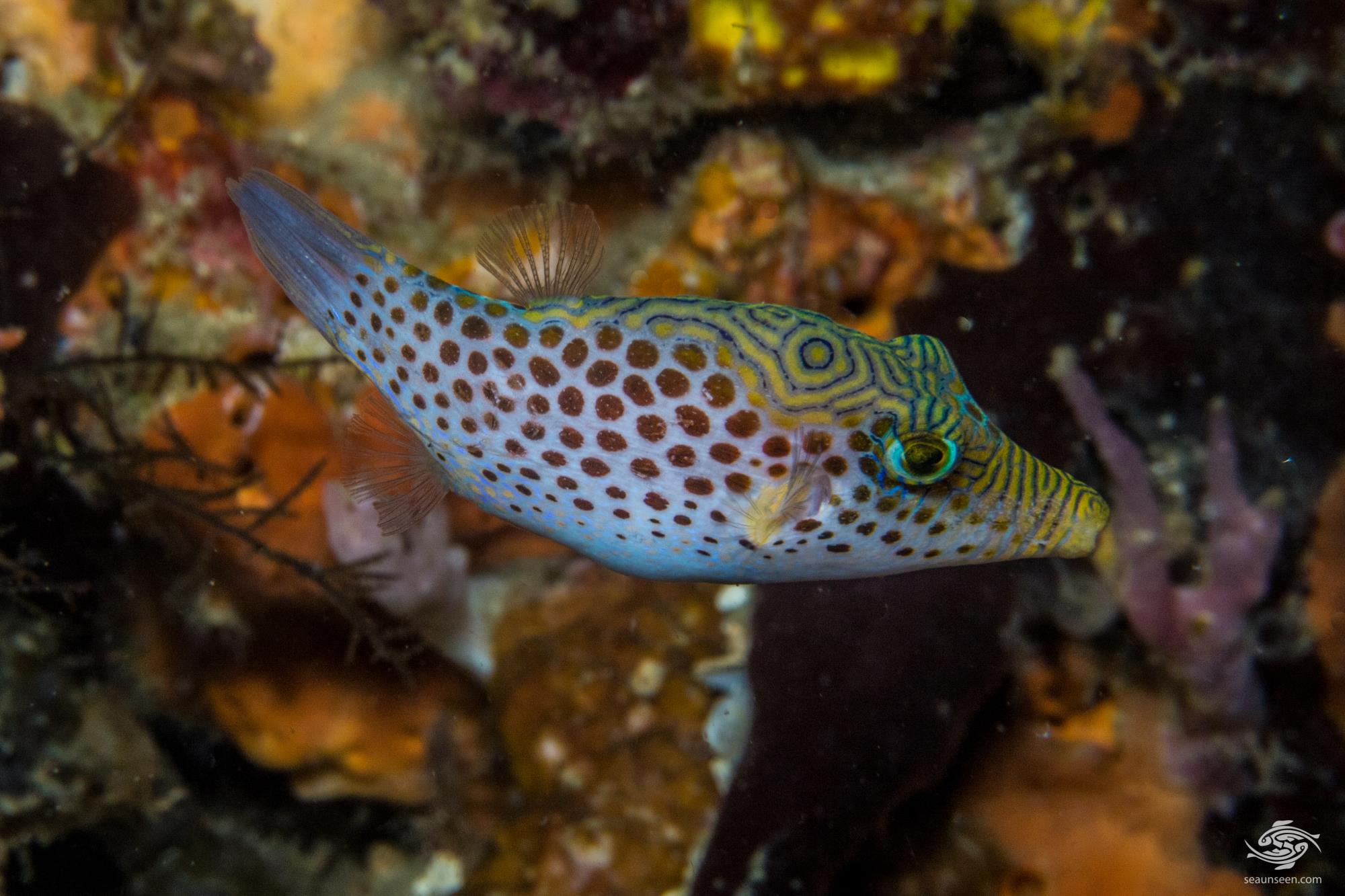 Tyler’s toby have a typical toby shape with a rounded body and a short tail. They have no scales or lateral line. The skin is thick and tough. The body background color is a light white grey color with brown spots spread across the lower body.  The are forward of the dorsal fin  and nose is yellow with light blue lines which run across the body on the nose but form patterns from behind the eye.  The eyes are ringed in light blue.

Full grown they can grow up to 10 cm in length although usually they are slightly smaller. As with all pufferfish or blow fish as they are sometimes known, they have the ability to take water into their stomach to swell themselves up, making it harder for a predator to fit them in its mouth. 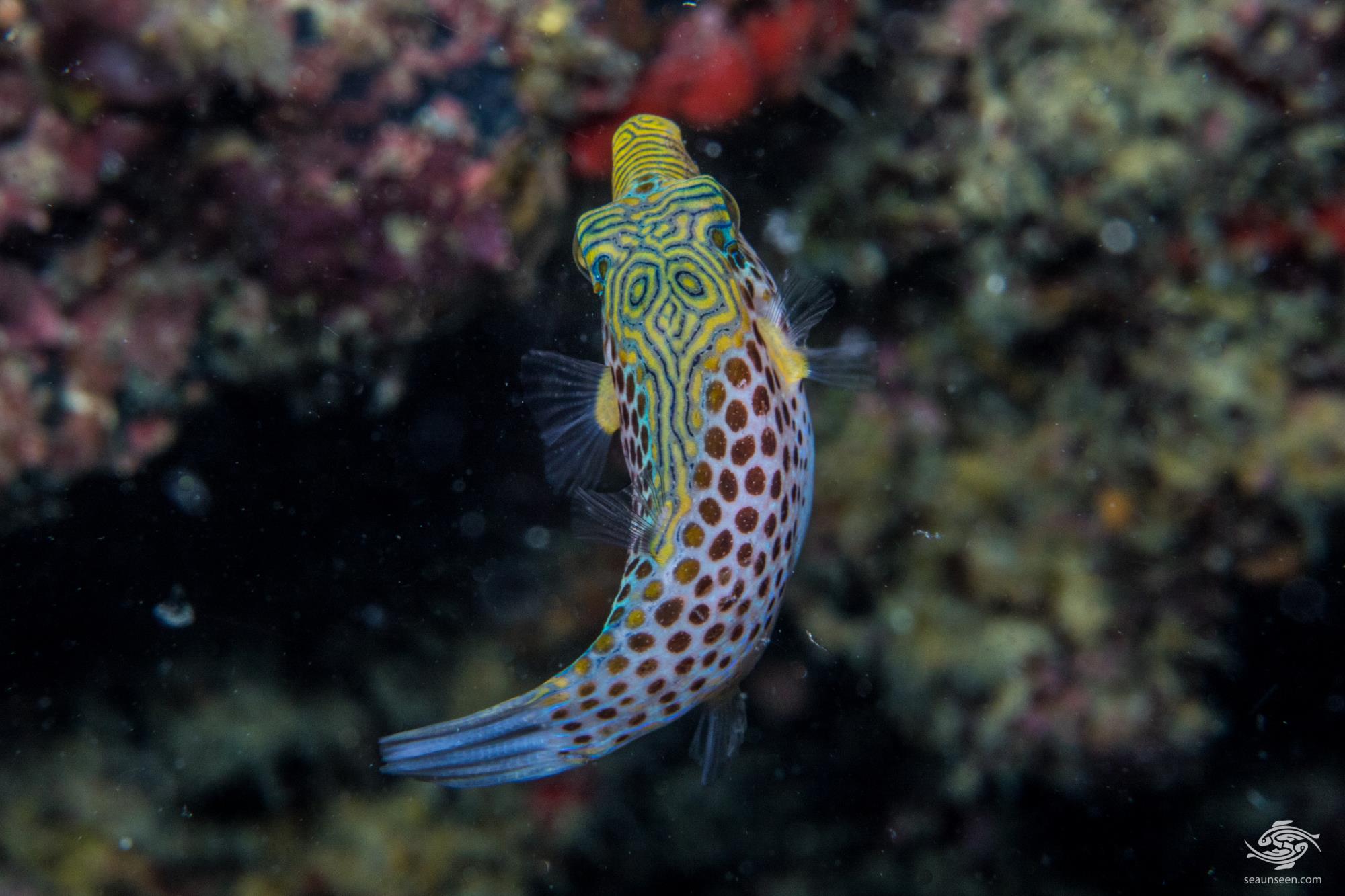 TYLER’S TOBY IN THE WILD

Tyler’s toby are usually seen quite deep and the images were taken around 35 meters. They are not common in Tanzanian waters and we have only seen a few specimens. This may be due to the fact that little diving is done below 30 meters. To date we have only seen them on the lower parts of vertical drop offs.They appear to be secretive and are quick to head off from a diver, sometimes going into small caves. 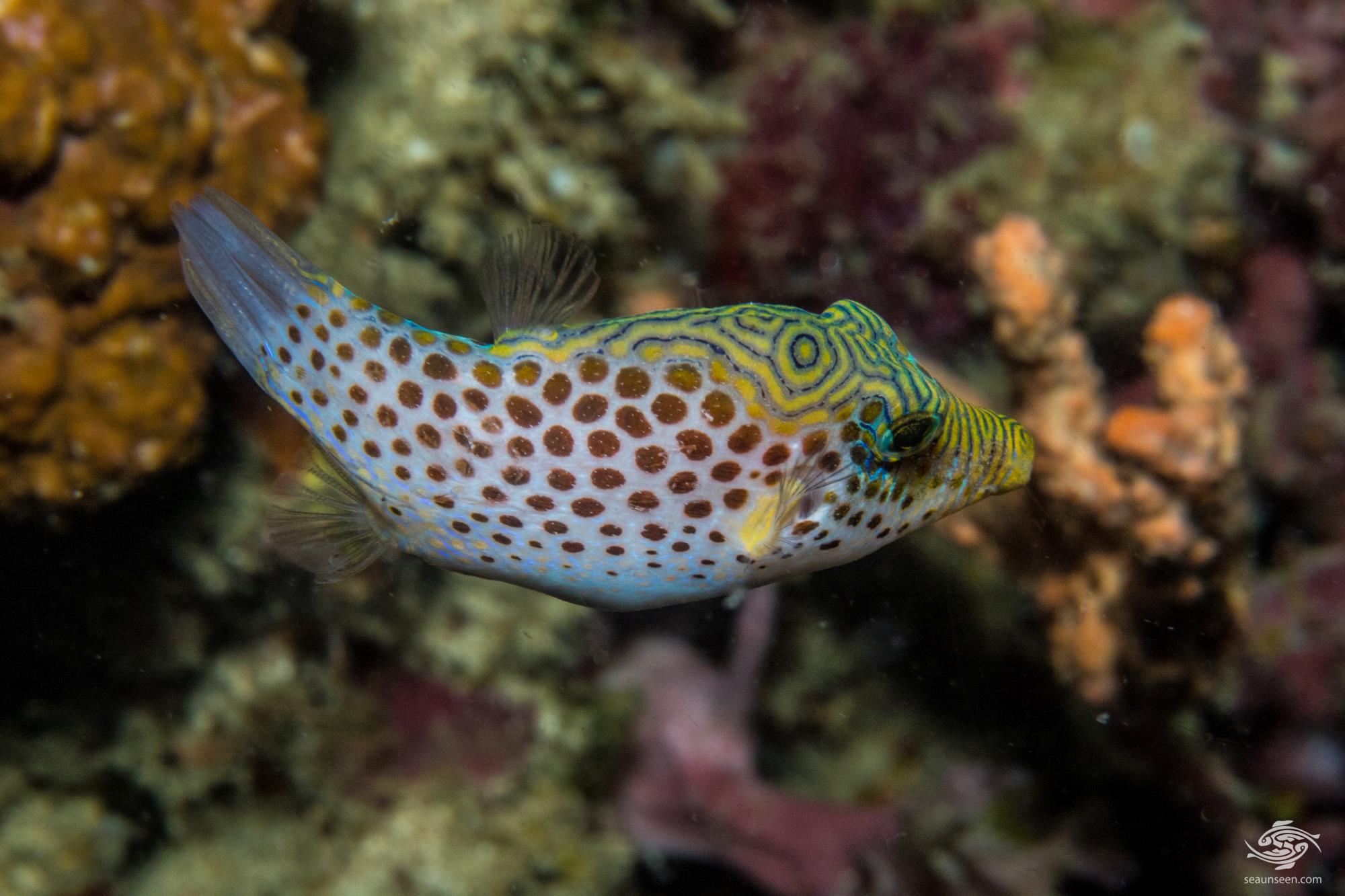 Tyler’s toby are found in Tanzania, Kenya , Mauritius, Comoros, Maldives, and Seychelles. They are replaced in the western Pacific by the closely related similar looking Canthigaster leopard. 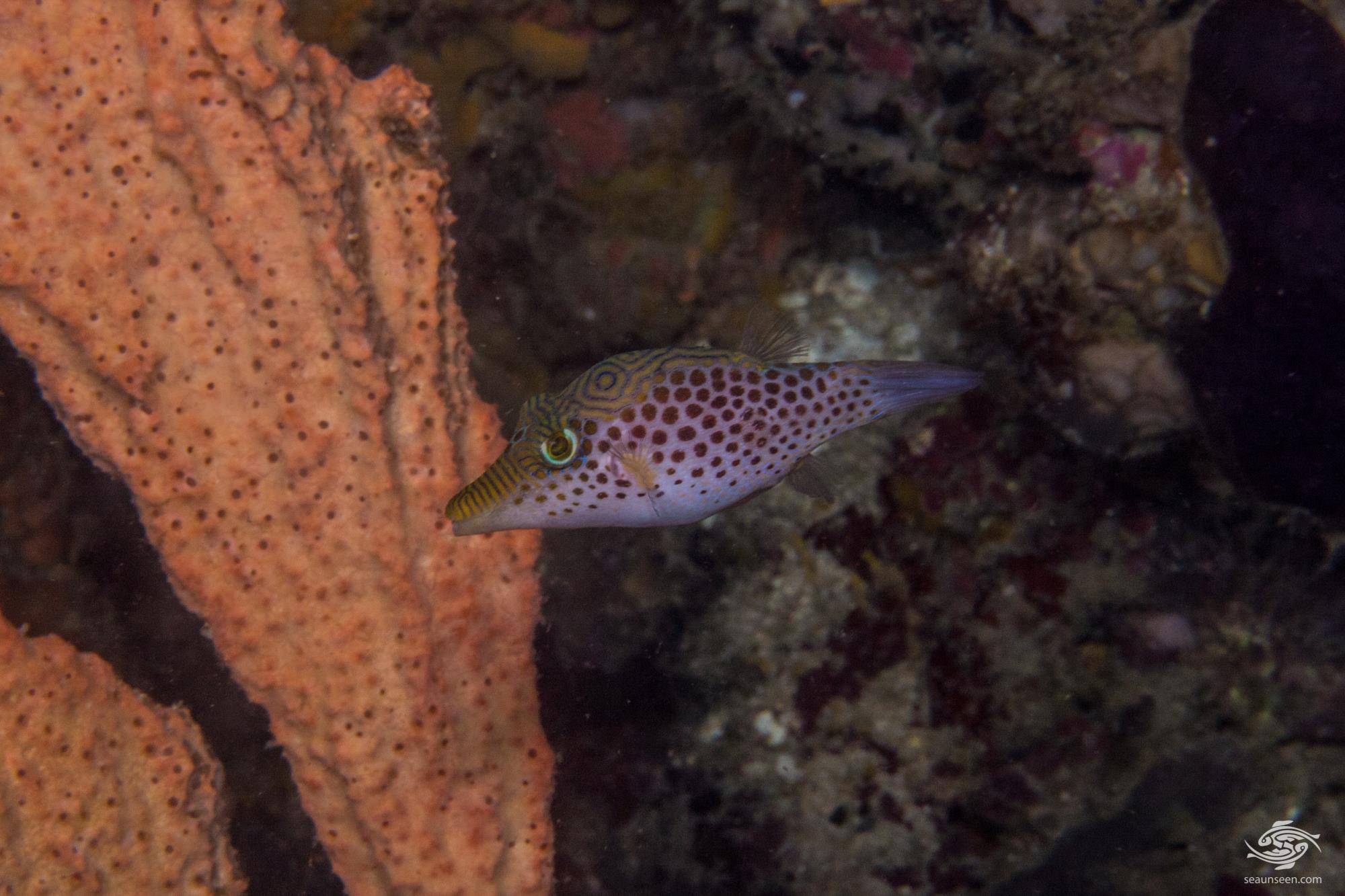 Tyler’s toby have four teeth which are fused into a sharp edged beak and these continue growing throughout their life. For their size they have a powerful bite. They feed on a variety of species of algae, as well as other of benthic organisms, such as gastropods, sponges, bivalves, polychaetes, tunicates, crabs, sea urchins, heart urchins, brittle stars, bryozoans, peanut worms,  small crustaceans and foraminiferans. 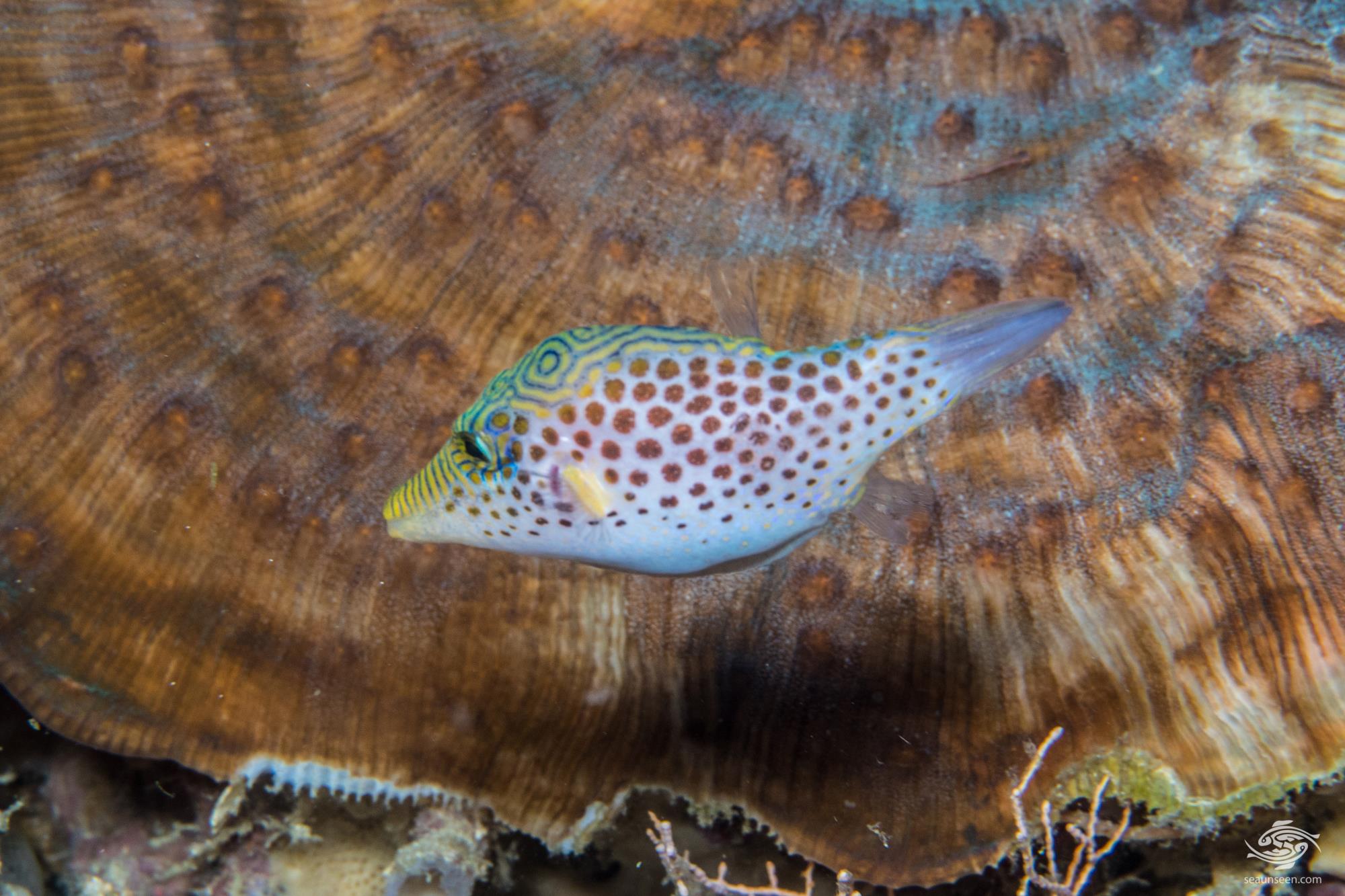 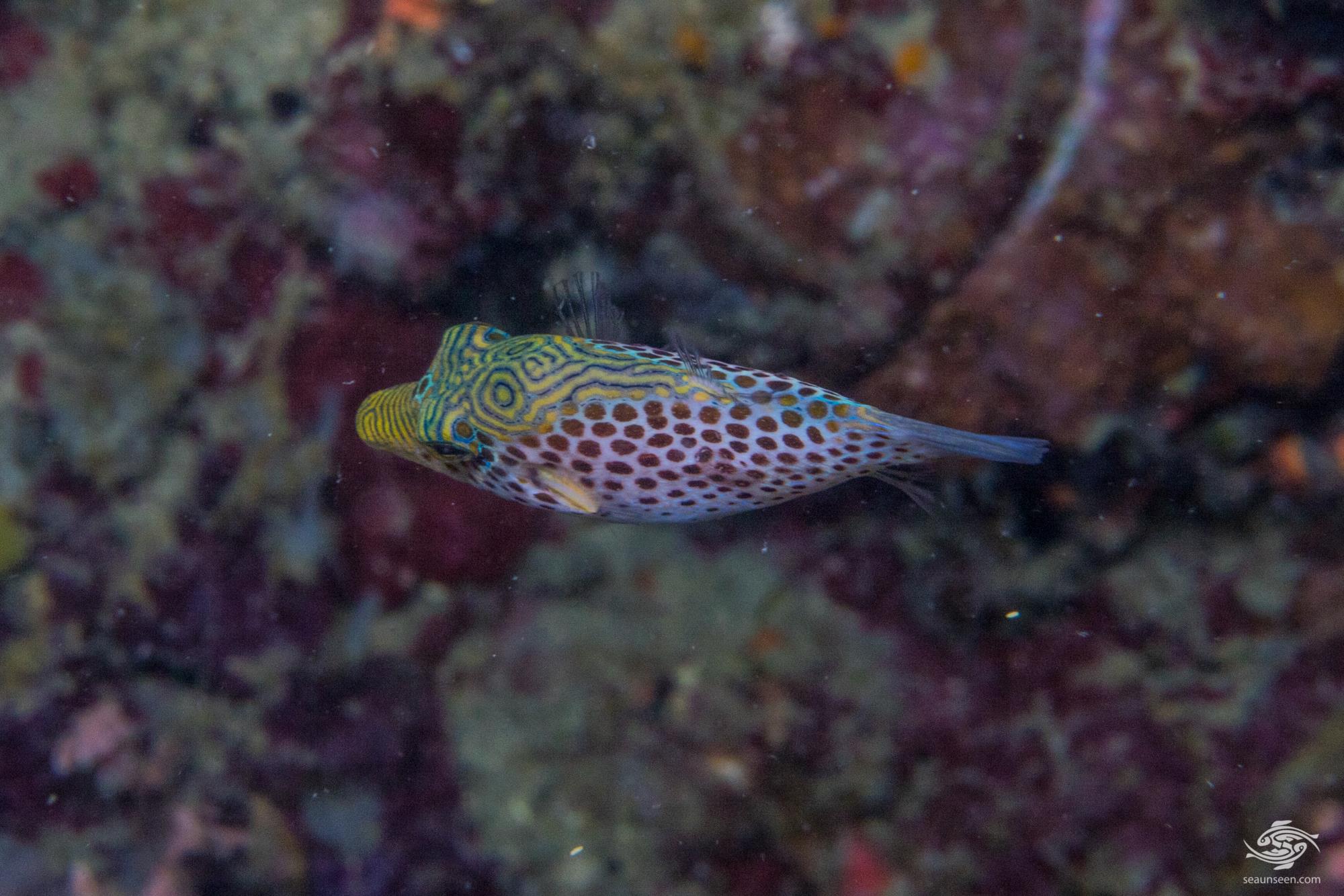 Tyler’s toby have the ability to release toxins into the water when stressed and are not regularly kept by most aquarists. Because of their constantly growing teeth, they  require regular feeds on hard shelled crustaceans to prevent the teeth from growing too far and becoming unusable. They are not aggressive fish, but may attempt to eat smaller sickly fishes and may nip long finned fishes. They will also eat most invertebrates and may damage corals. Because of their rarity and colorful appearance they are sought after by some specialist aquarists.