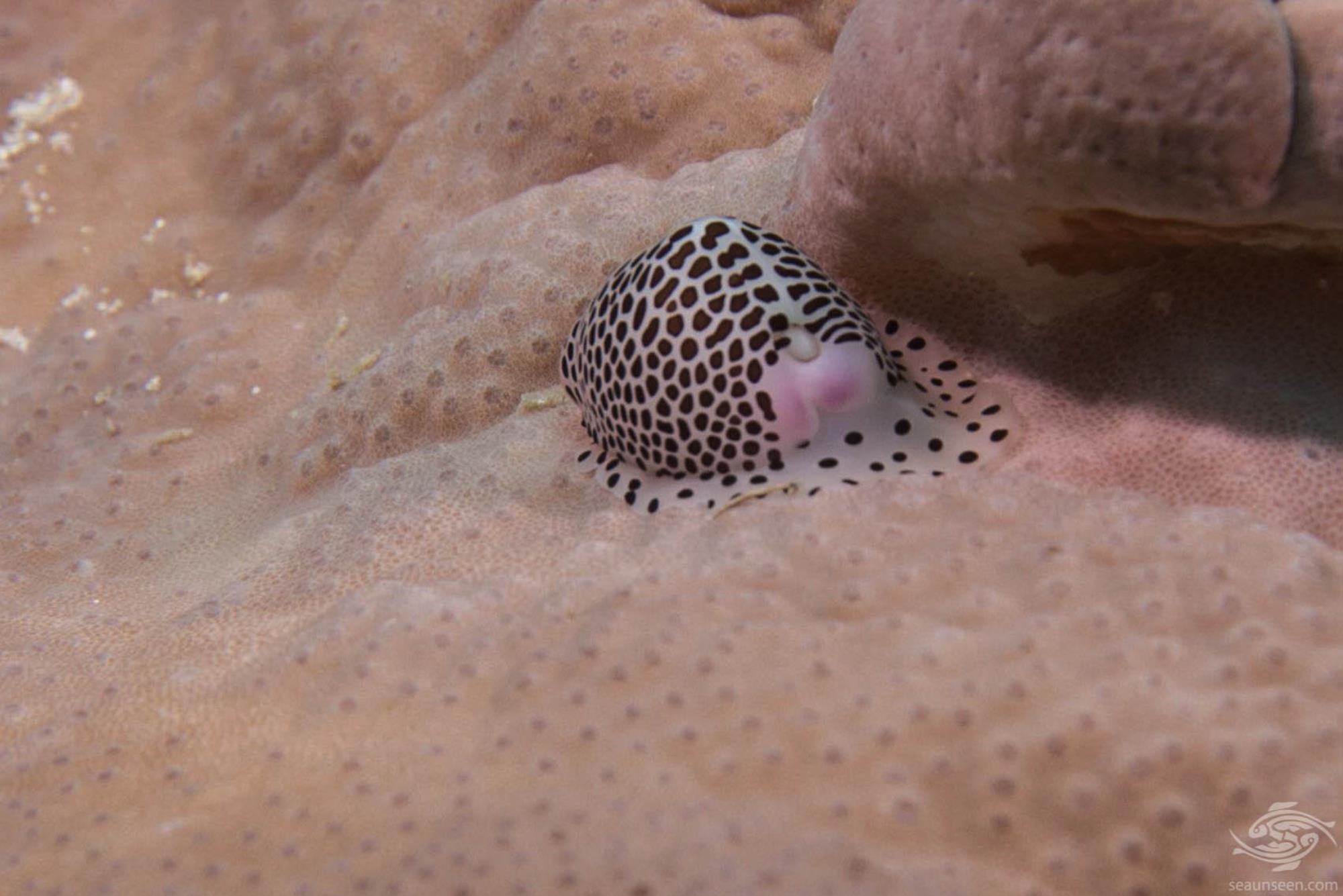 The Umbilical Egg Cowrie, (Calpurnus verrucosus) also known as the Verruca Cowrie or  Little Egg Cowrie is a marine gastropod mollusk in the family Ovulidae, known as the false cowries or allied cowries. Technically they are not cowries per se but because of their similarity to cowries they are commonly known as cowries. 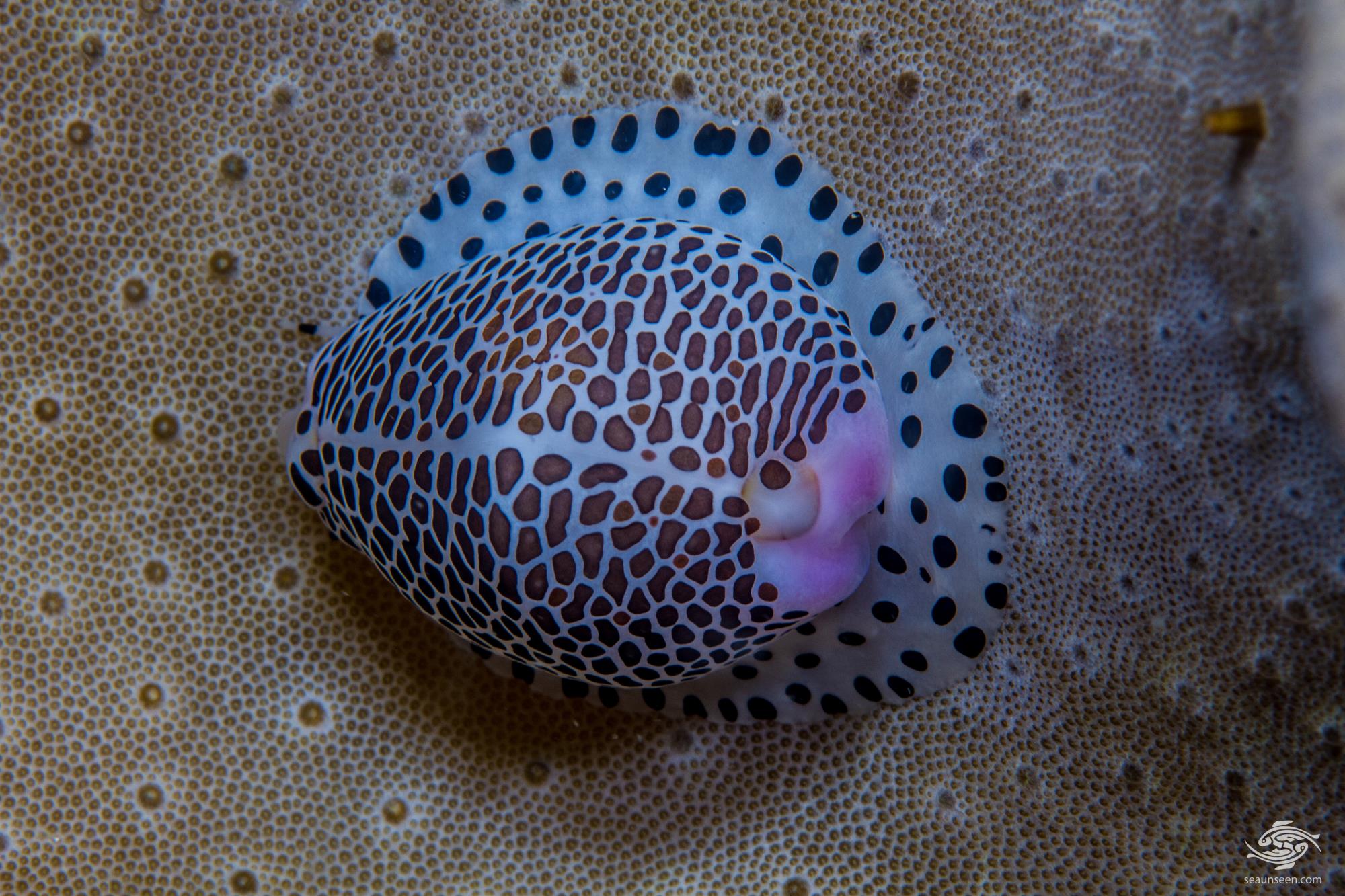 The shell of the umbical egg cowrie is egg-shaped on top and snow white with a shiny surface. The ends have a purple tint on them. The aperture on the bottom has teeth on one side only whereas true cowries have teeth on both sides of the aperture.  The interior is a white color. The shells of the umbical egg cowries reach 4 cm in length. In the adult the mantle  covers the entire shell and is white with black dots. 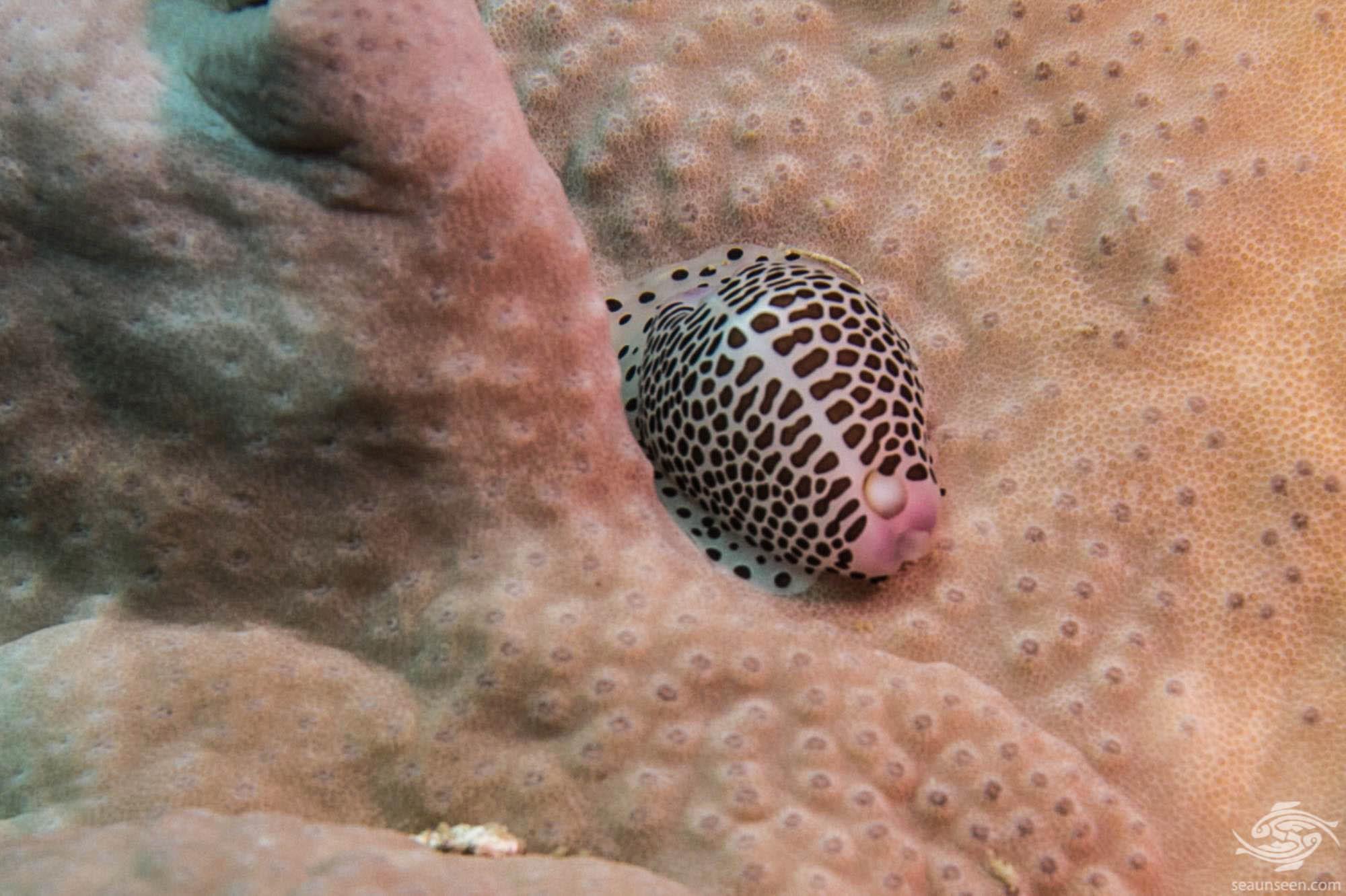 The umbical egg cowries are seen out during the day , usually on soft leather corals. Once one is familiar with which corals to look on one sees a lot more of them. When seen there are often three or four in close proximity. 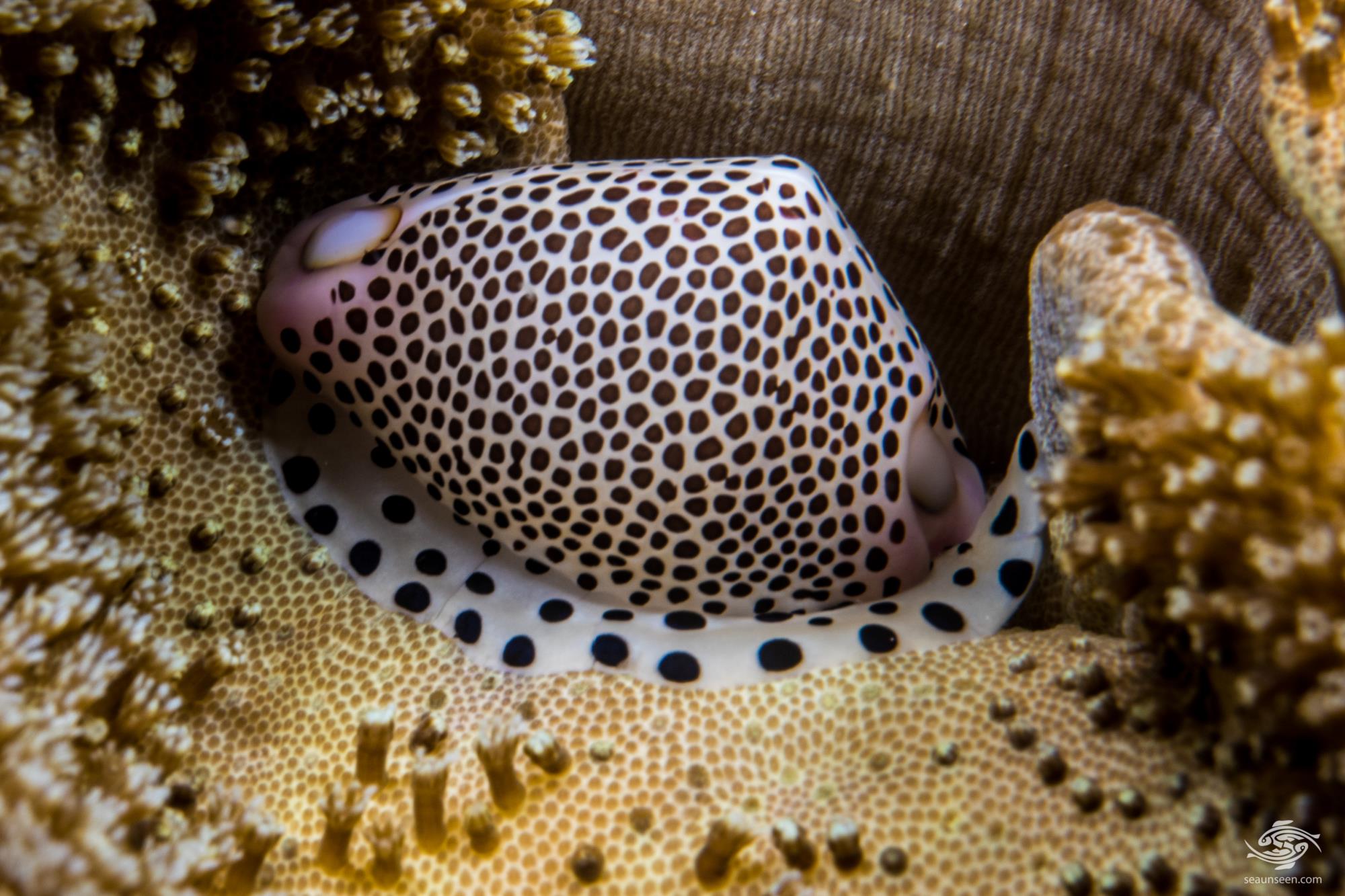 The umbical egg cowrie is found across the Indian ocean and in the west Pacific. The are found from 1 meter to 50 meters in depth. They are usually found in sections of the reef or shore that have a plentiful supply of soft leather corals. 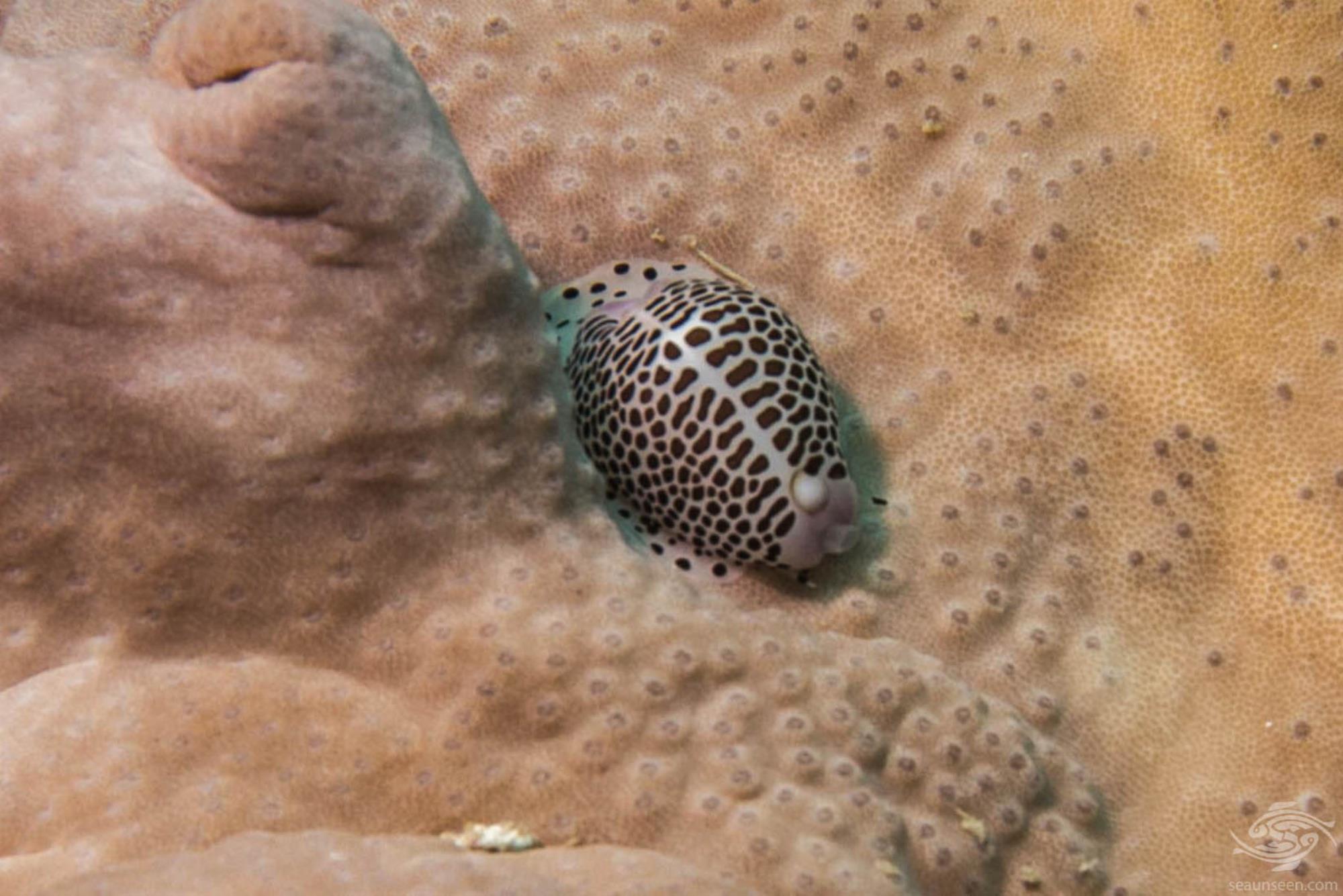 The umbical egg cowrie feed on soft corals and are often seen feeding on leather corals. 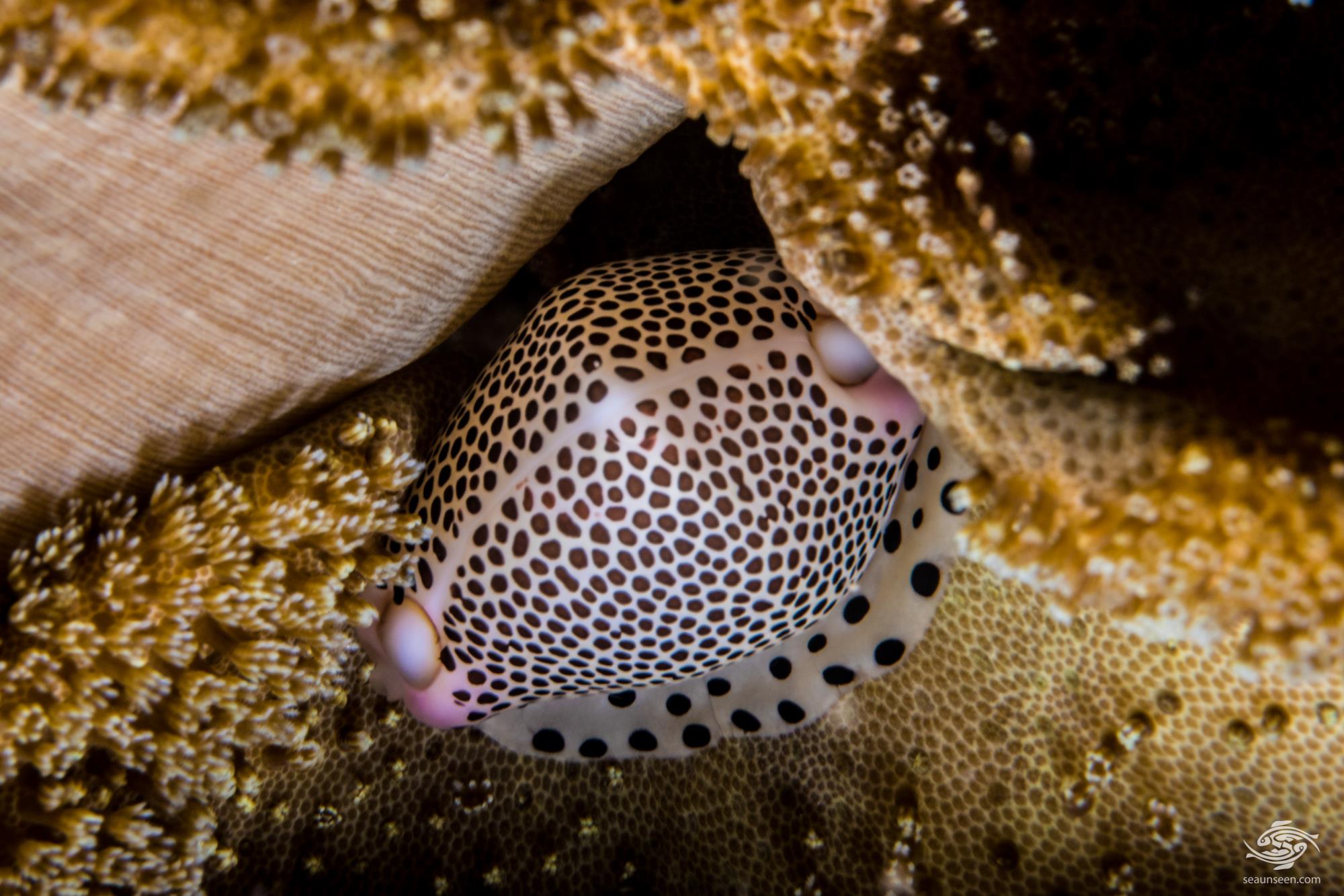 Umbical egg cowries reach sexual maturity at approximately 2.5 cm in shell length, at roughly 1 year of age. They are not hermaphrodites and mating usually takes place in the summer months. The eggs are  laid on a hard substrate and there is evidence that the laying of eggs is synchronized with the moon cycles. Once the eggs hatch they become free swimming veligers and eventually develop into adults . 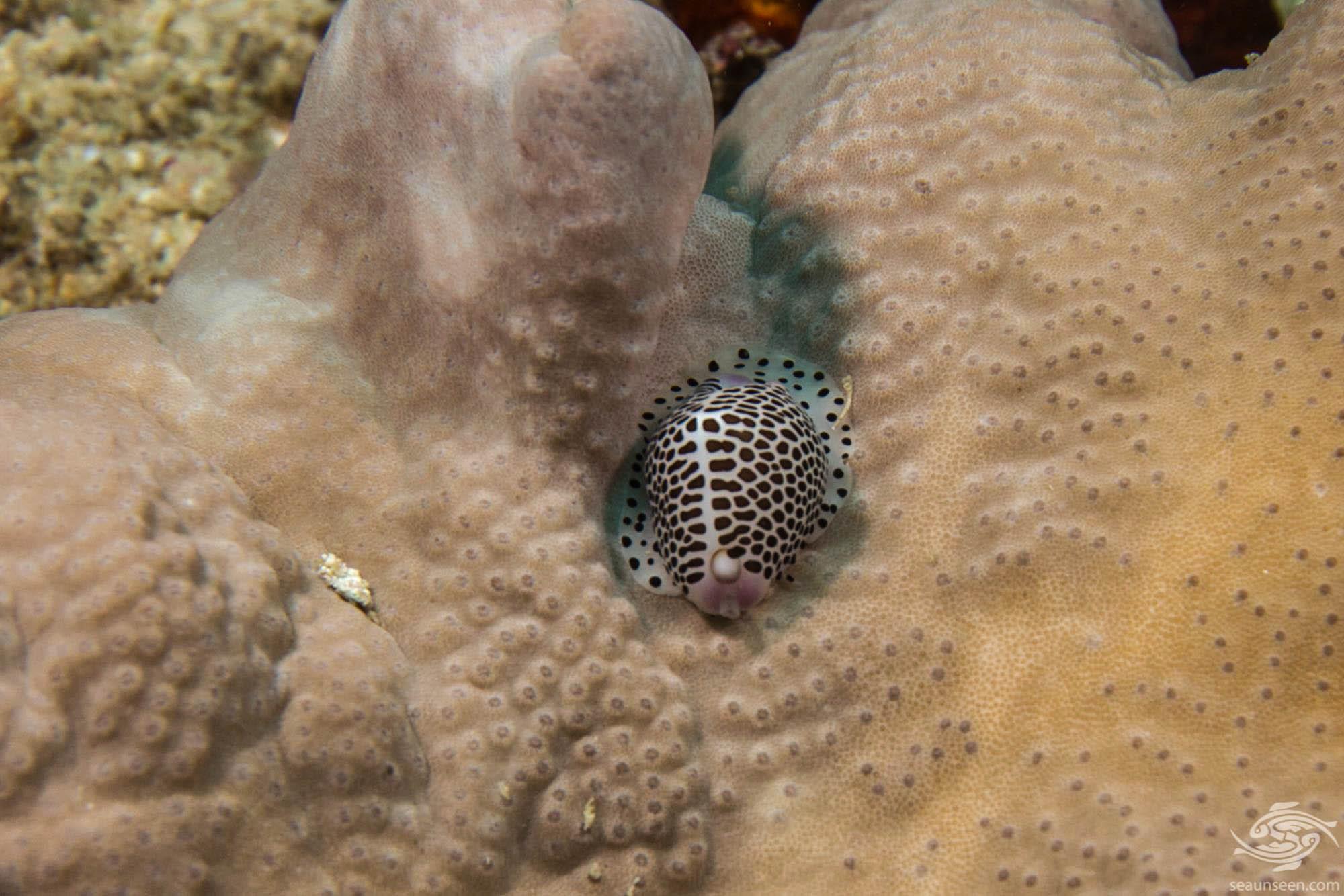 The shells are collected in some areas for sale to tourists but hopefully the restrictions in place regarding the transportation of shells will reduce this trade. 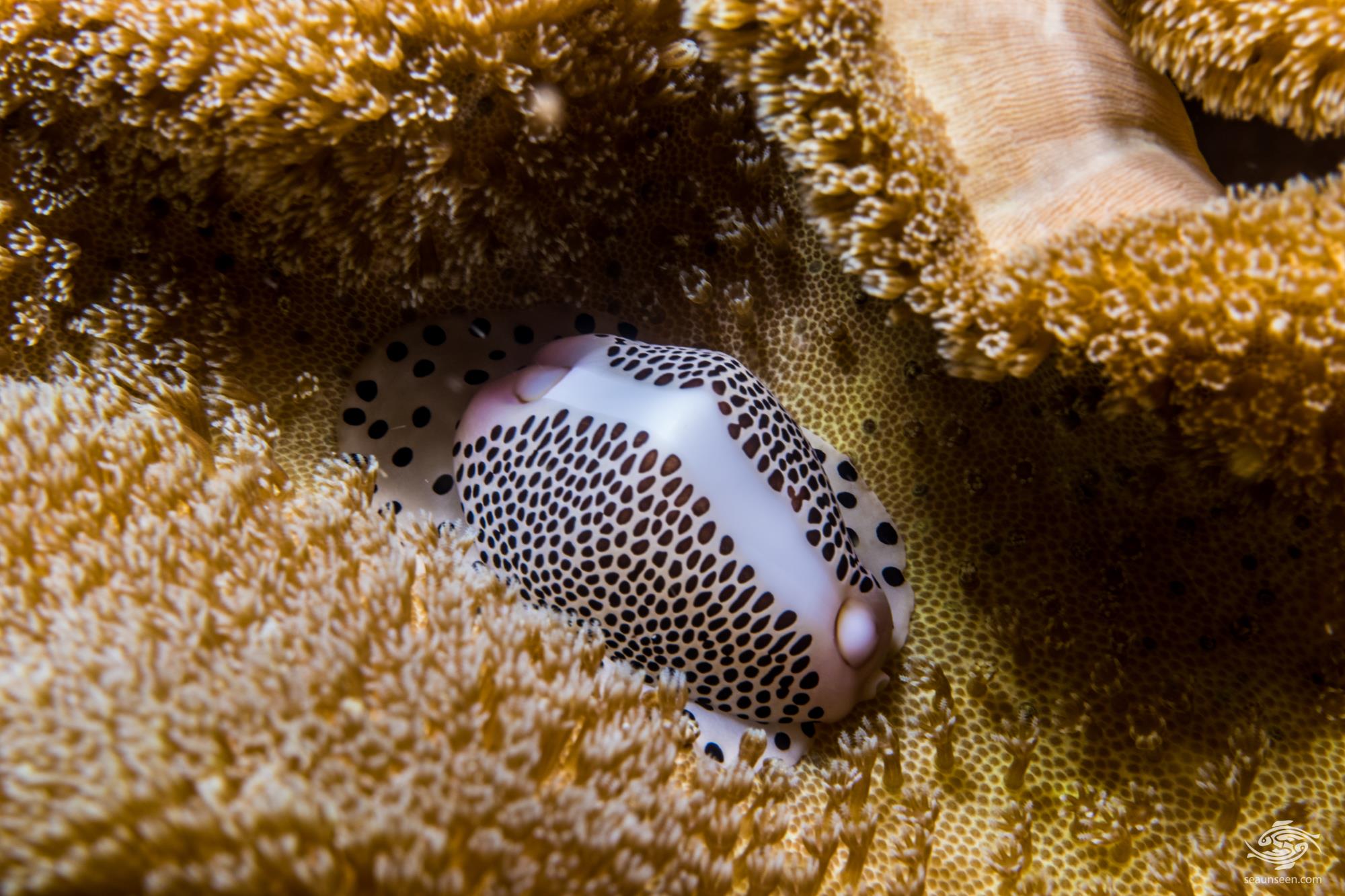 They are not reef safe. They feed on soft corals and possibly some species of anemone. 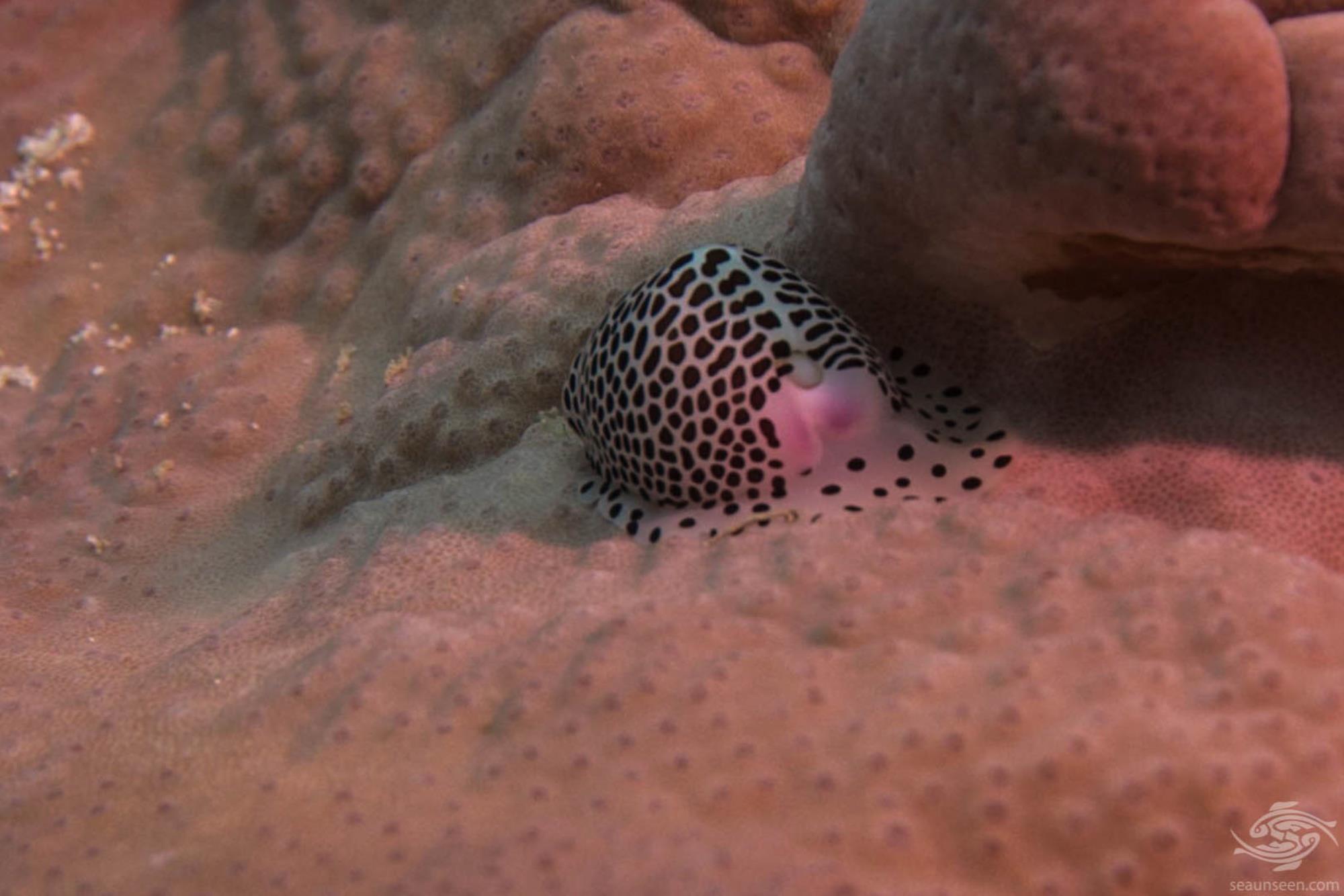