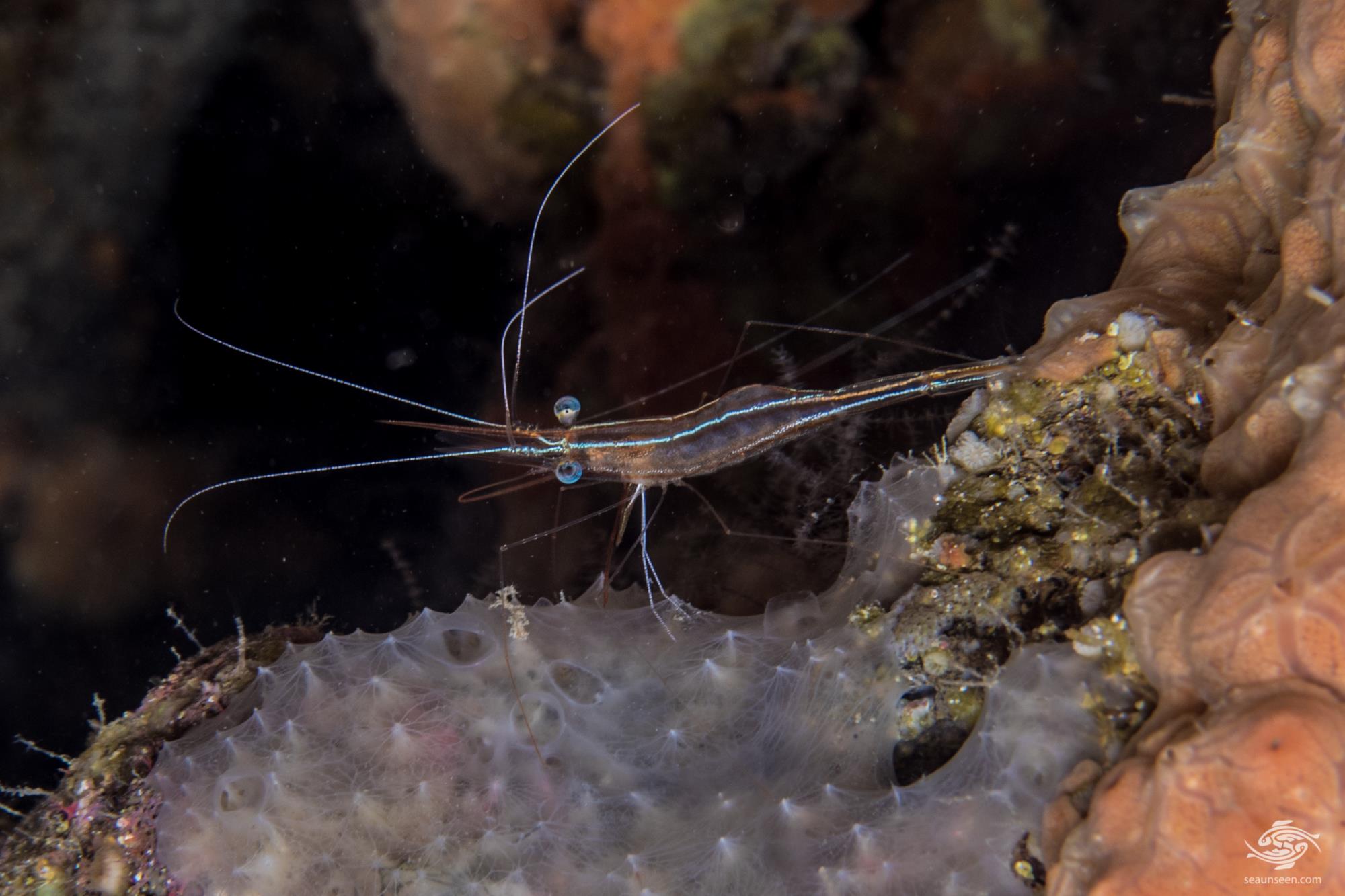 The Unicorn Shrimp (Genus Plesionika) are also known as the Narwhal Shrimp.  They obtain their name from the proportionally very long rostrum spine  extending out quite far from the carapace. The rostrum has numerous teeth along both borders.

The genus (Plesionika) has numerous species, some 63 being known to science. They are primarily deep water species found from 200 meters down to around 600 meters.  Some species such as these in the images are found in shallower waters, mainly in tropical waters. These were photographed in a cave at roughly 40 meters in depth off Dar es Salaam in Tanzania. There are certainly two different species in the images but to date it has not been possible to conclusively identify either.  The species below has far longer legs than the one above. 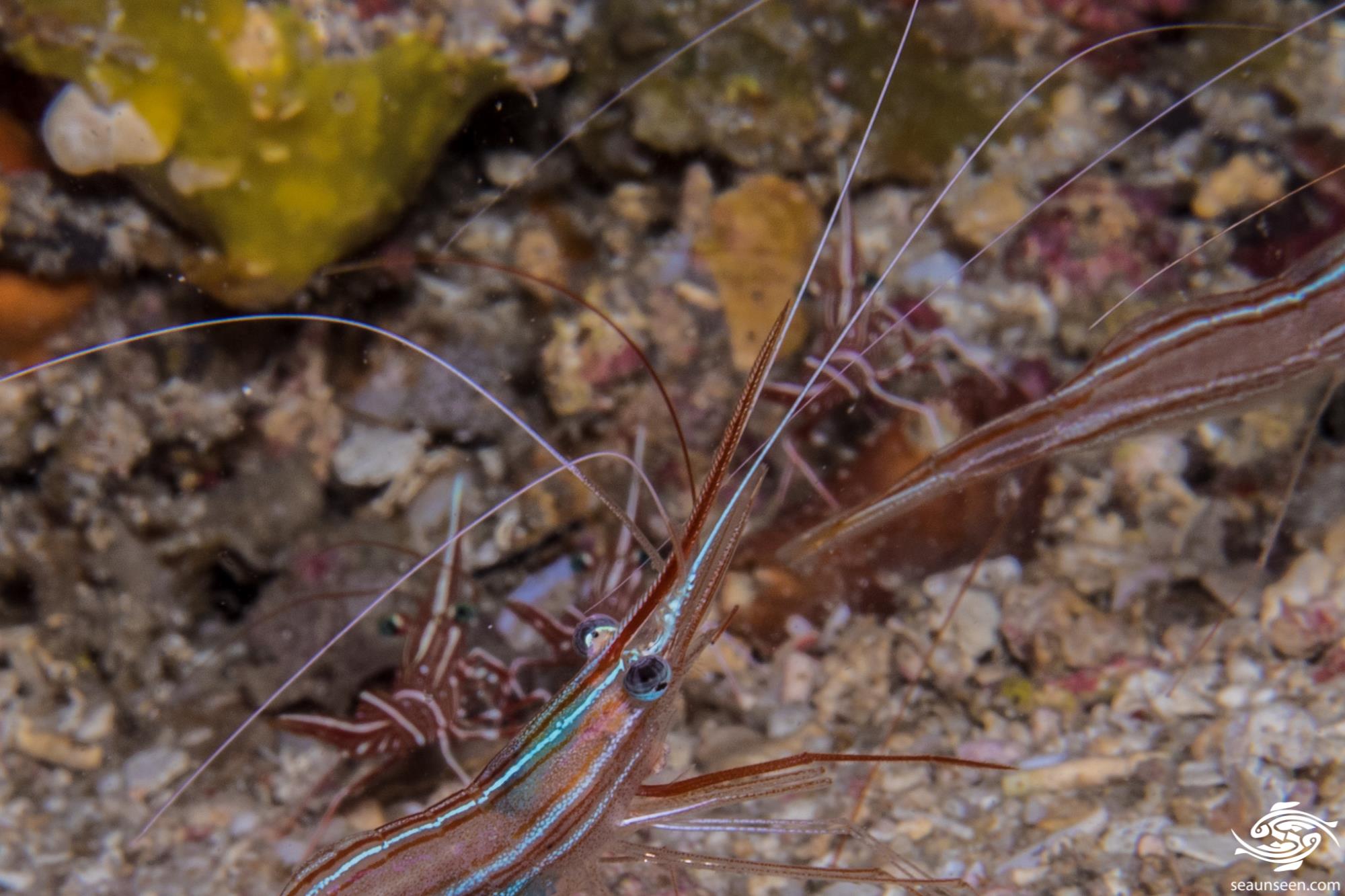 The Unicorn Shrimp as their name implies has a proportionally long toothed rostrum spine which extends well forward of the carapace.  This can be seen in the image above. 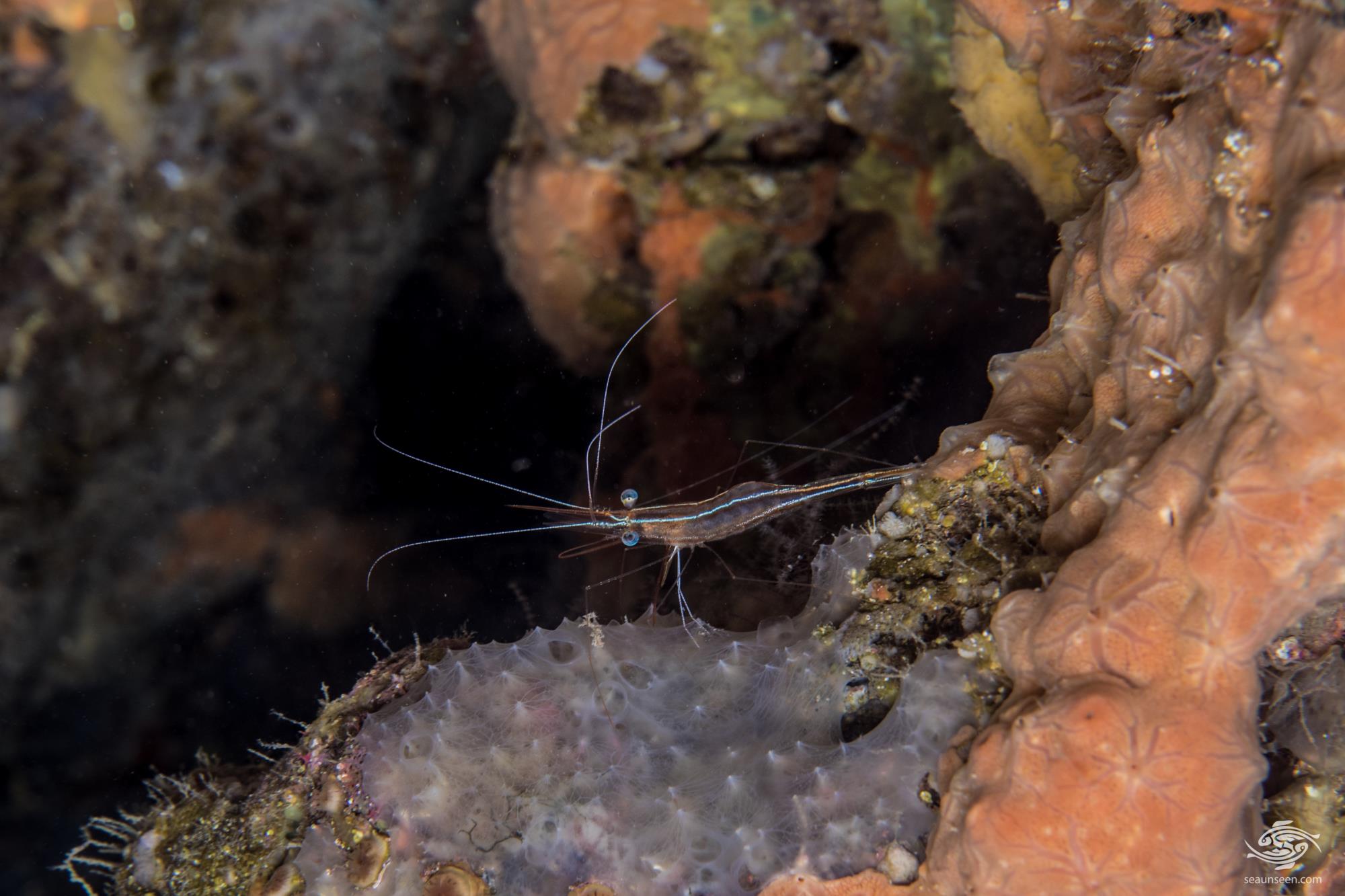 UNICORN SHRIMP IN THE WILD

We have only seen the Unicorn Shrimp on two occasions in Tanzania and the specimens were in a cave alongside large numbers of Durban Dancing Shrimp (Rhynchocinetes durbanensis) Longevity is approximately three years. 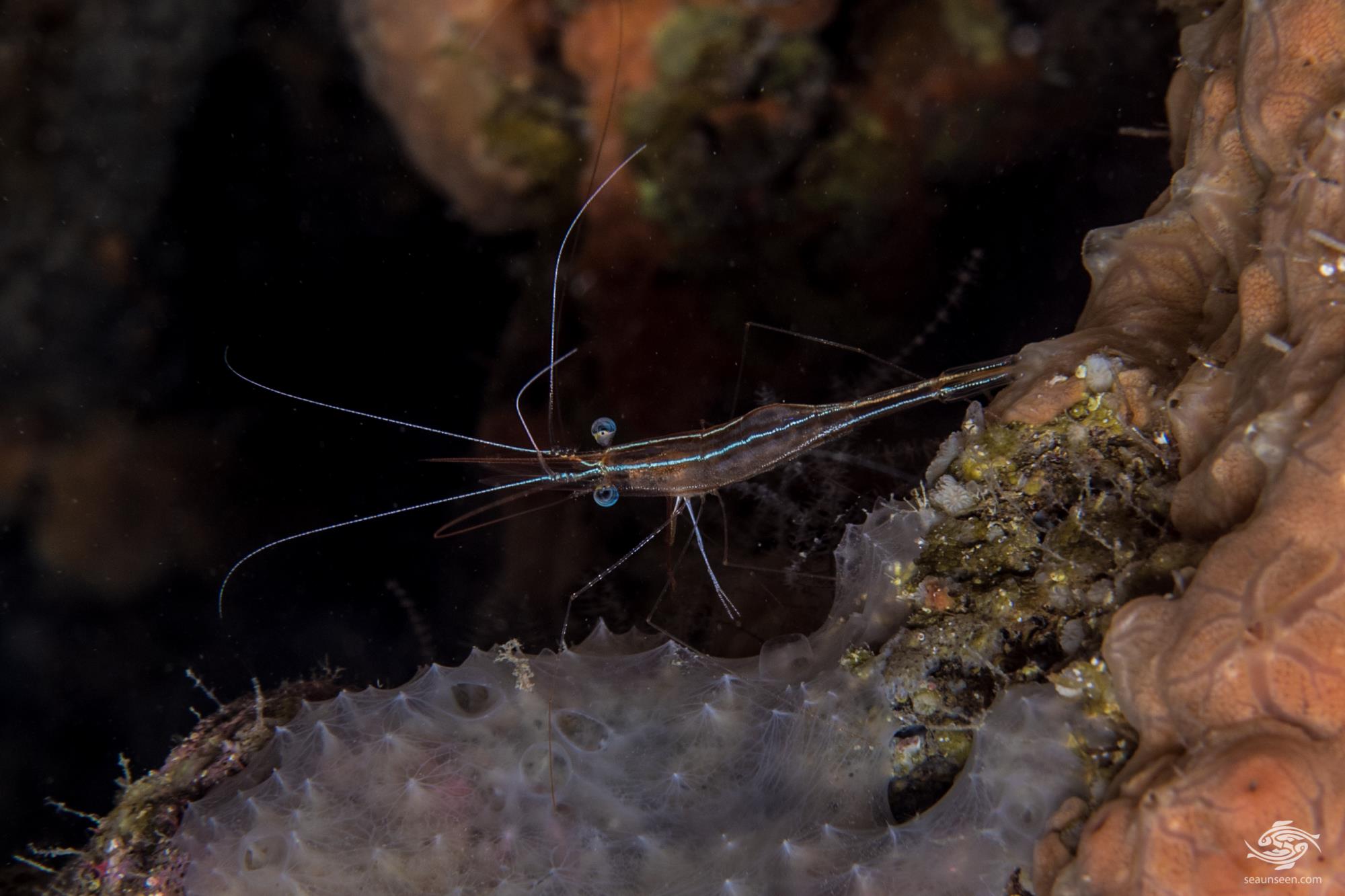 The Reticulated Hinge-beak Shrimp are found across the Indo-Pacific, the Atlantic Ocean and the Mediterranean. 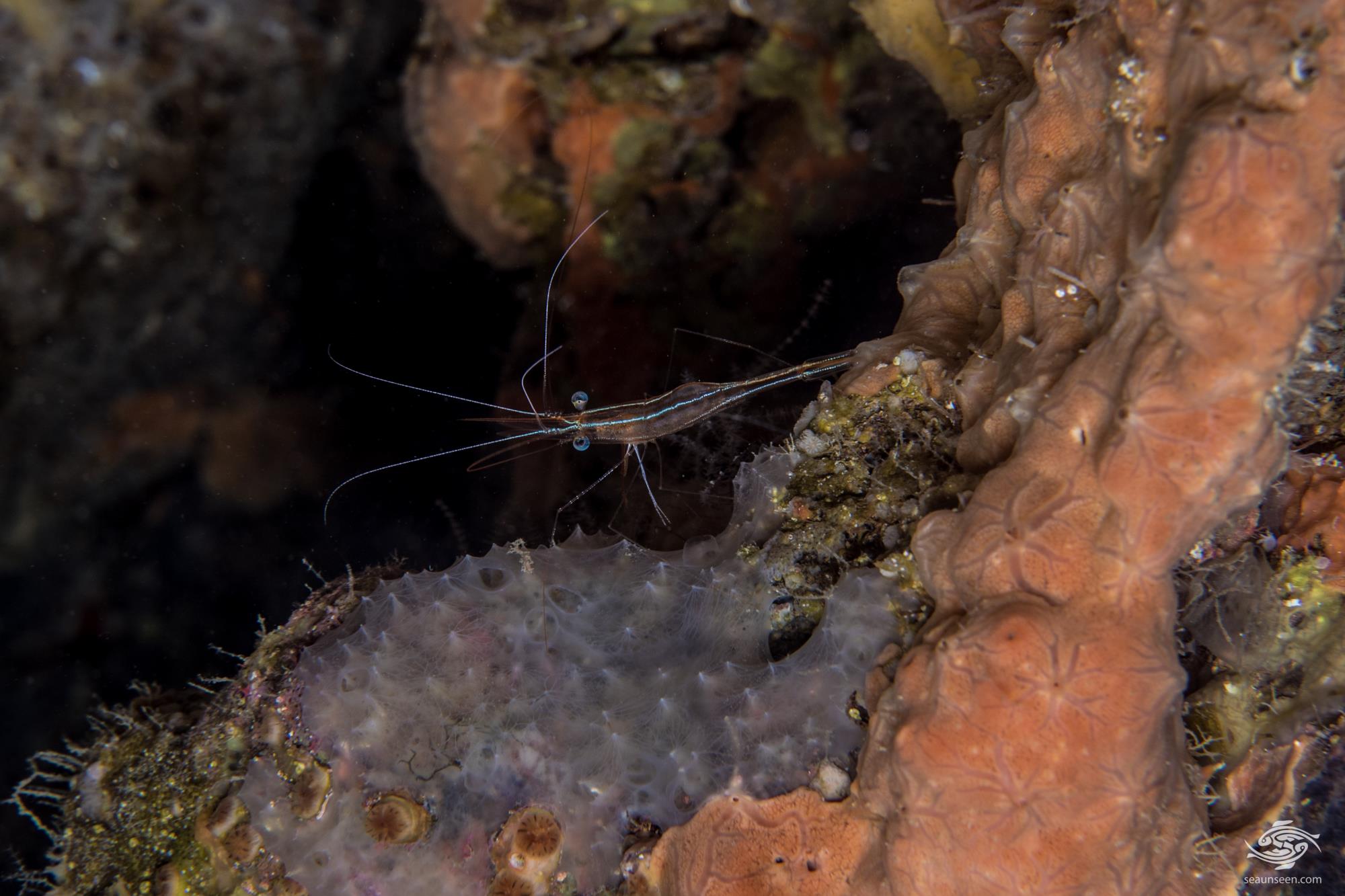 The Unicorn Shrimp are mainly benthic predators but will probably scavenge as well. Little seems known of their diet. In all probability it is a wide ranging diet. 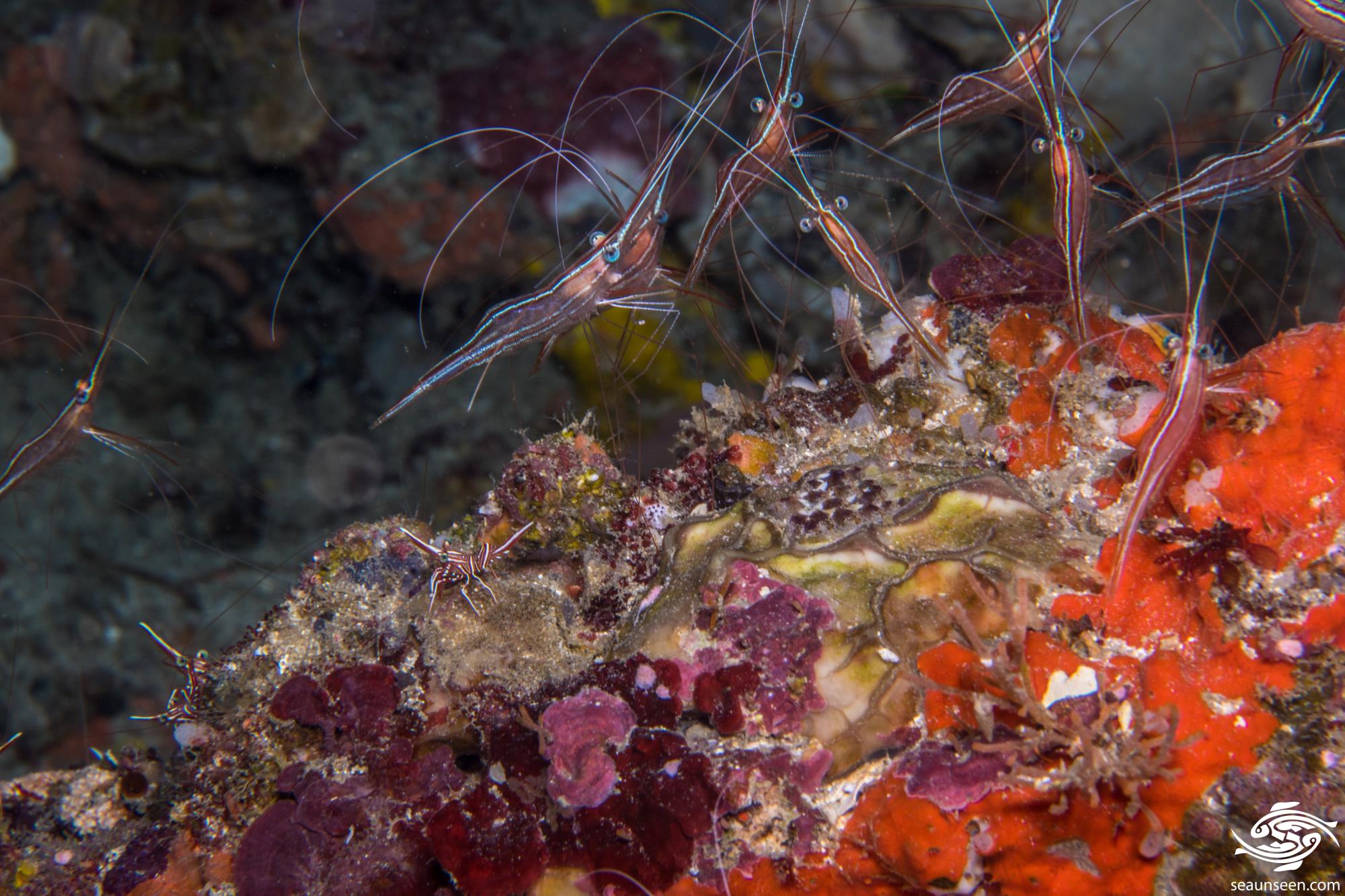 A study in Japan found that there was a distinct breeding season in Japanese waters and that the females carried between 1,048-8,702 eggs. The females carry the eggs under the tail on spinnarets  for just under two months before they hatch. Once they hatch the larvae undergo a series of stages before becoming adults. 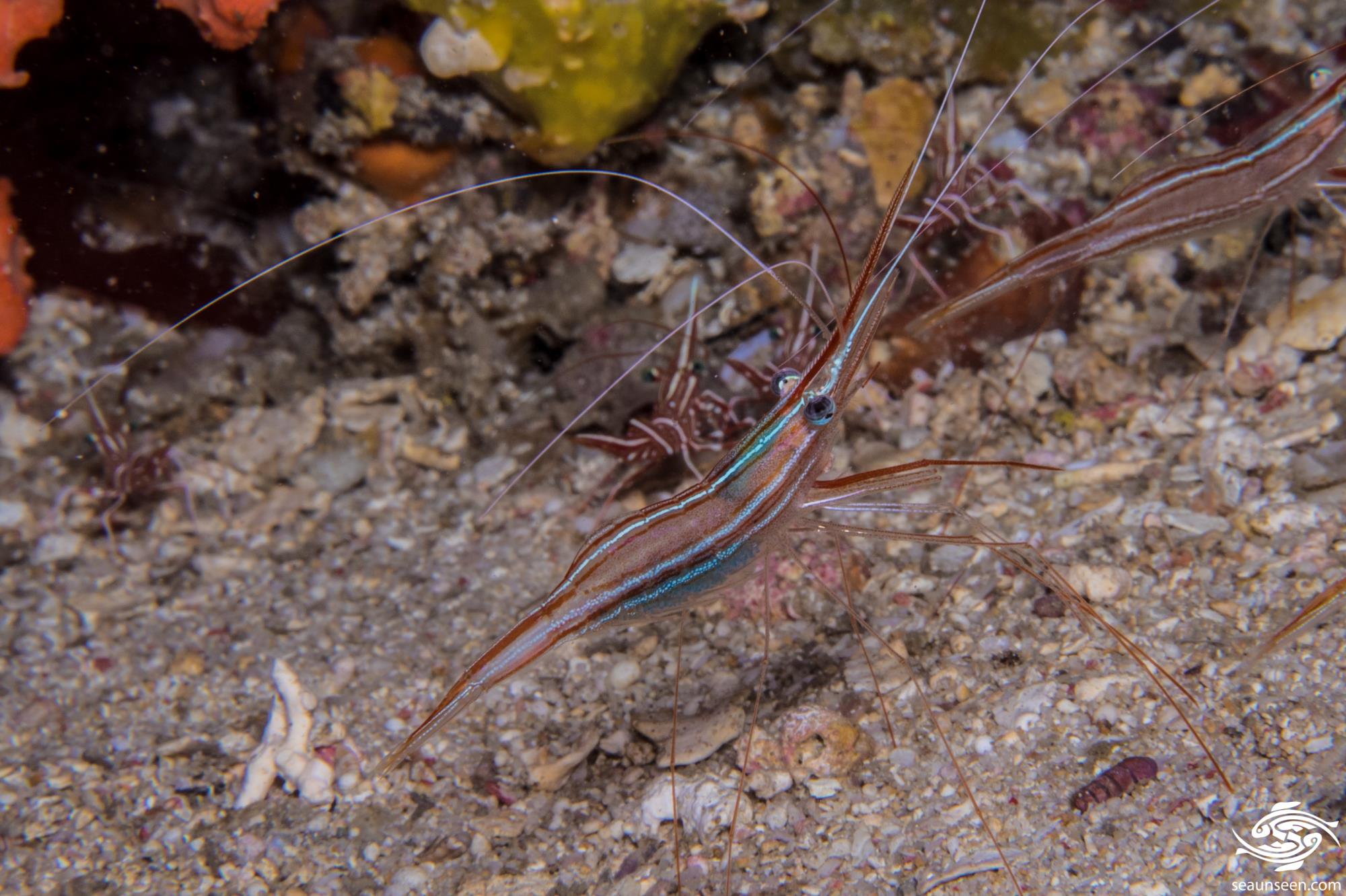 Unicorn Shrimp  are not commonly kept in aquariums, possibly because they are not put out into the trade and because the deeper living species require cold waters. However dealers in Japan have previously stocked some species.  They are delicate attractive looking shrimp but presumably some species may nip on some corals and anemones and may not be reef safe. The specimens in the post were found in approximately 40 meters on a wall with the temperature at 26 C.