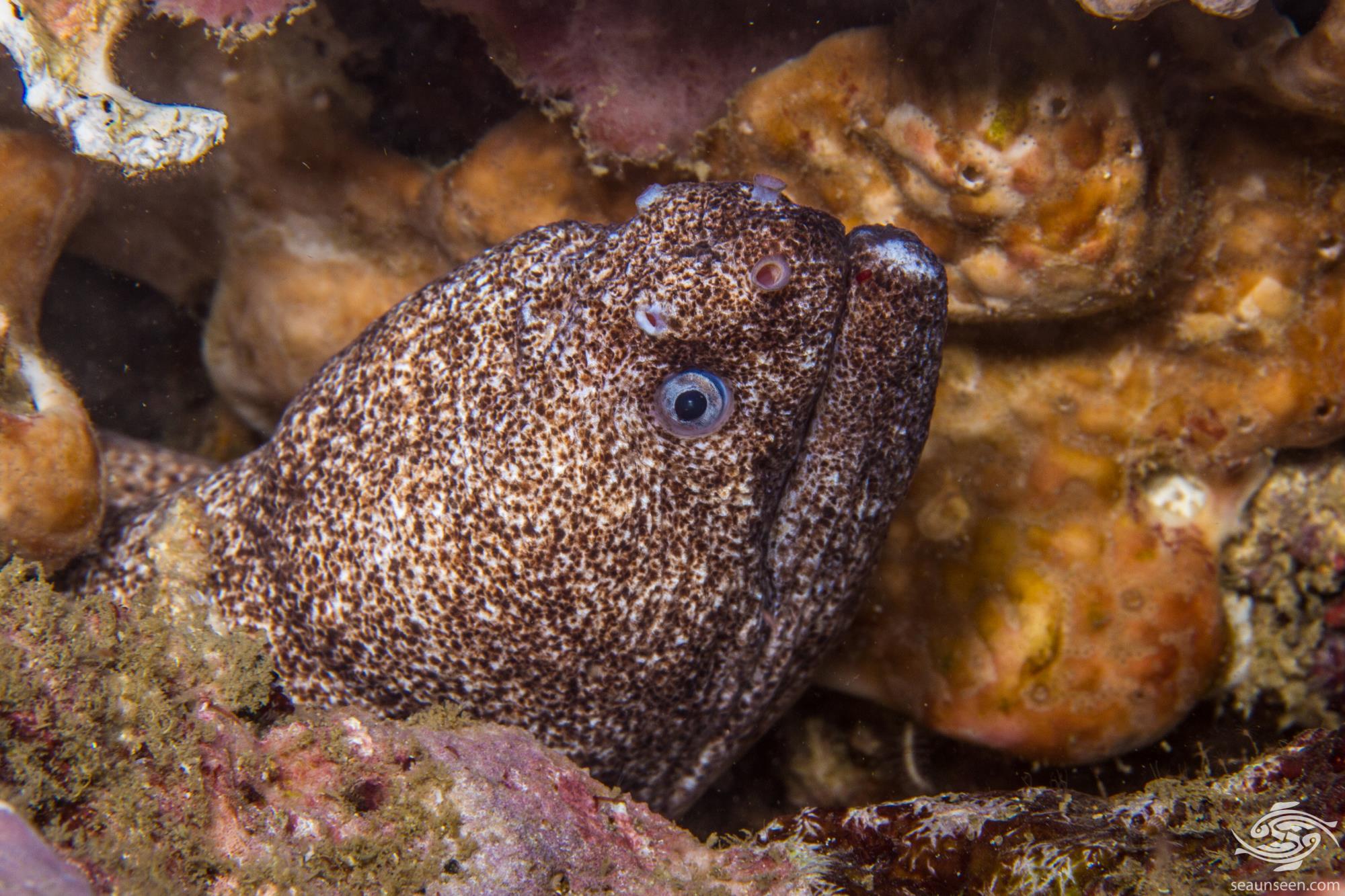 Can anyone identify this Unidentified Eel Species.  Only seen so far on the Tanzanian coast around Dar es Salaam. In some 600 dives I have seen five so they are pretty rare. Only once have I seen one out in the open and it was approximately 1.2 meters in length. The body is stocky for almost the entire length and does not taper in the way that most eels bodies do. I have never seen this species in South Africa but it is likely that they are found in Mozambique and Kenya. 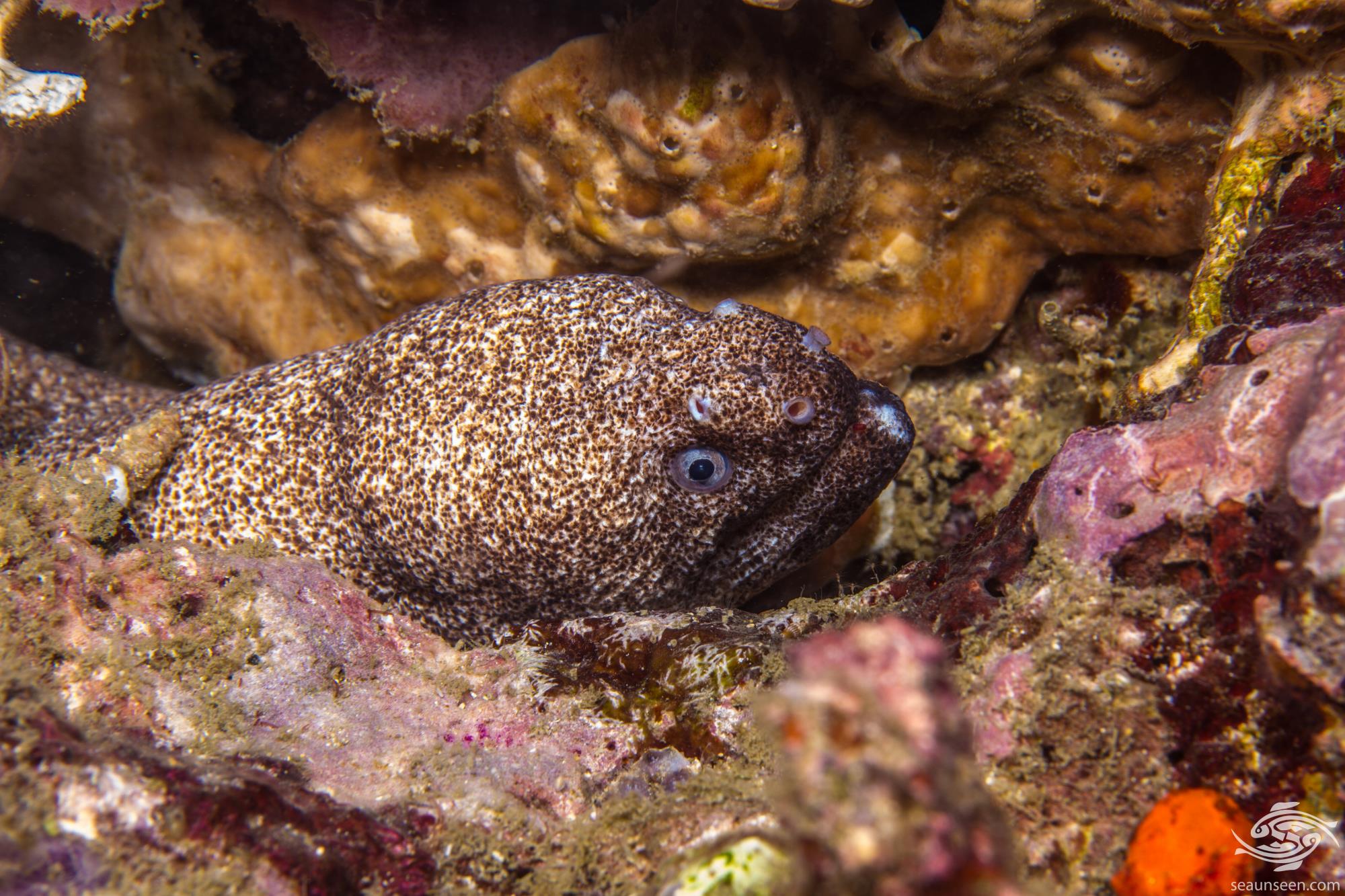 I have only seen them from 12 to 20 meters in depth and only on the reef top its self. They do not open and close their mouths as the Moray Eels tend to do and only once have I seen one open its mouth slightly. The teeth seem quite small and are not that sharp. I presume from its teeth that its diet is small crustaceans and fish similar to the smaller Moray Unidentified Eel Species. 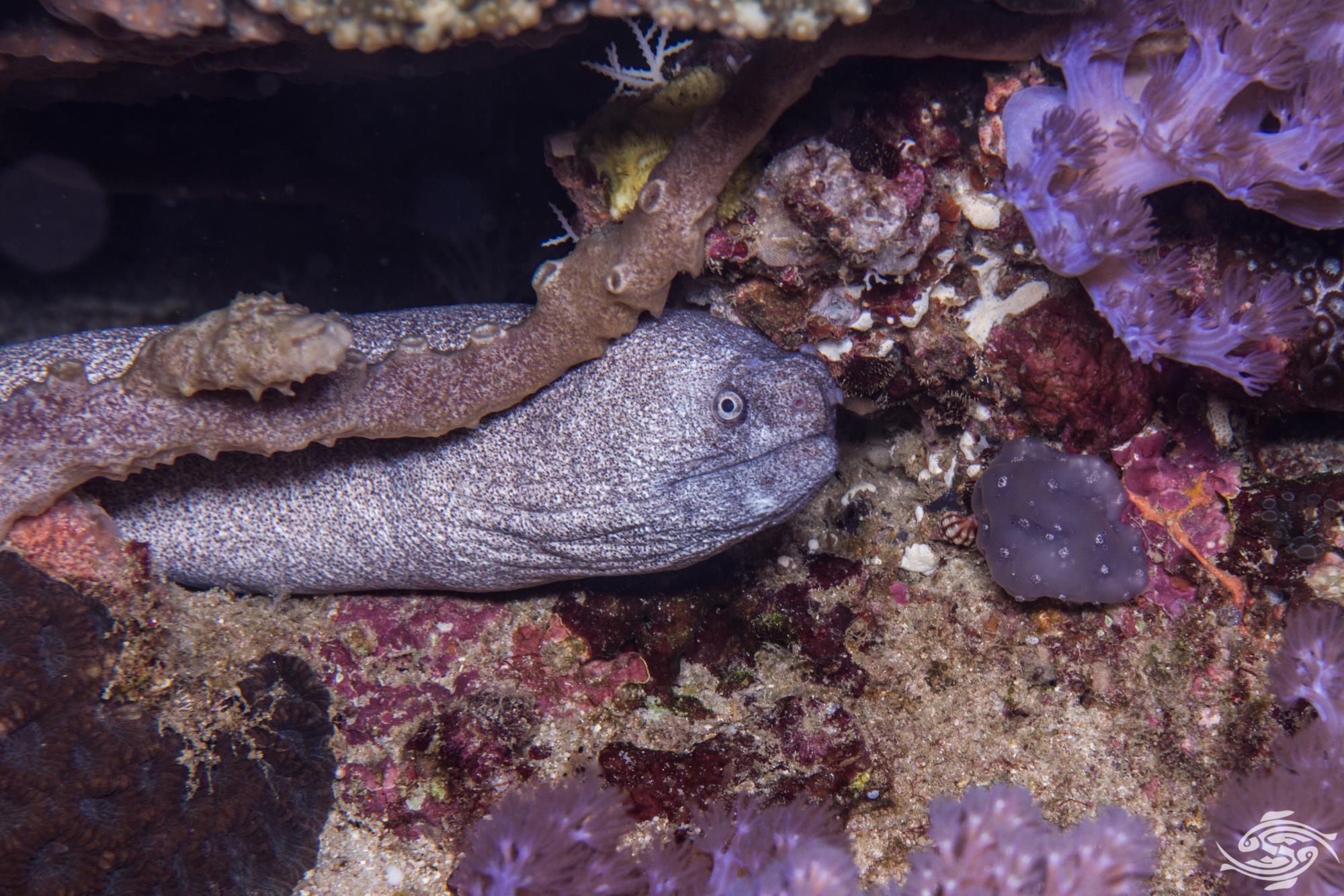 Given the shape of its nose I would call it the Bulldog Unidentified Eel Species. They are not good looking ! I have sent images to several experts and no one seems to know it. I cannot find it in any book or on the internet. 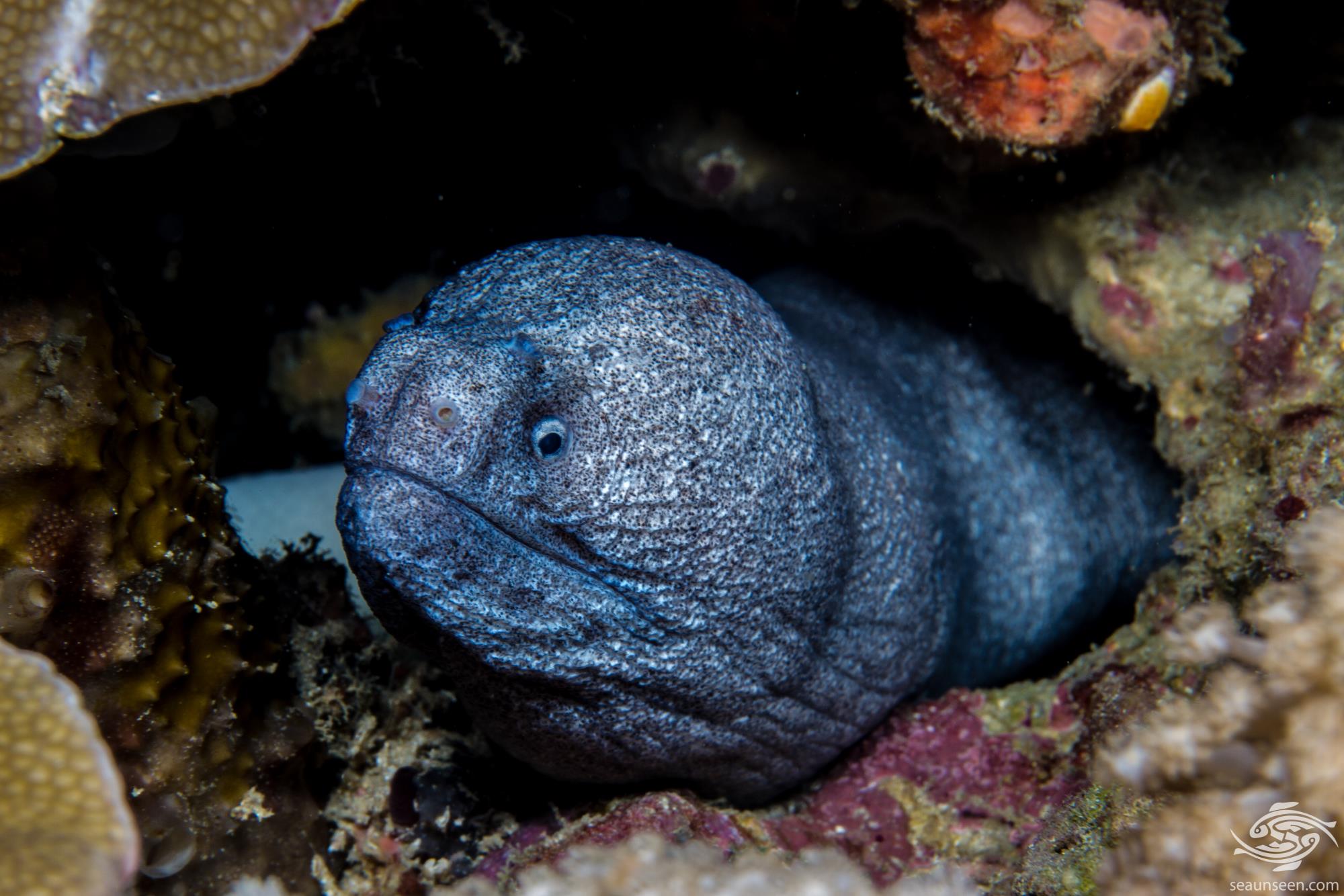 They do not seem to be aggressive and will usually retreat into their hole rather than snap at a diver. On one night dive we observed one trying to snap at small passing fish. 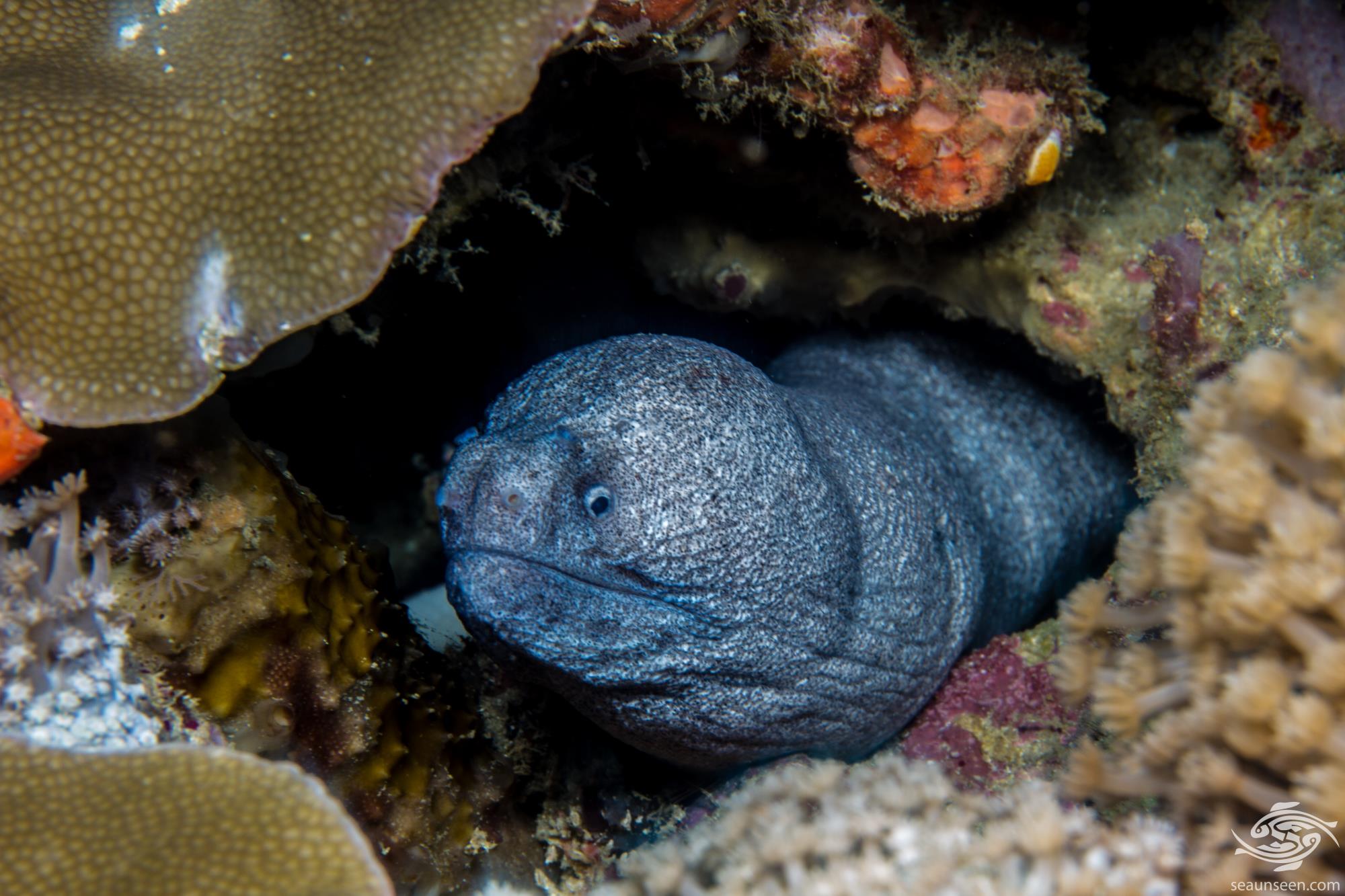 The colours seem to vary from light brown speckles to grey speckles.  There are no external openings on the side of the body as with Moray Unidentified Eel Species. Would be grateful if anyone could identify it. 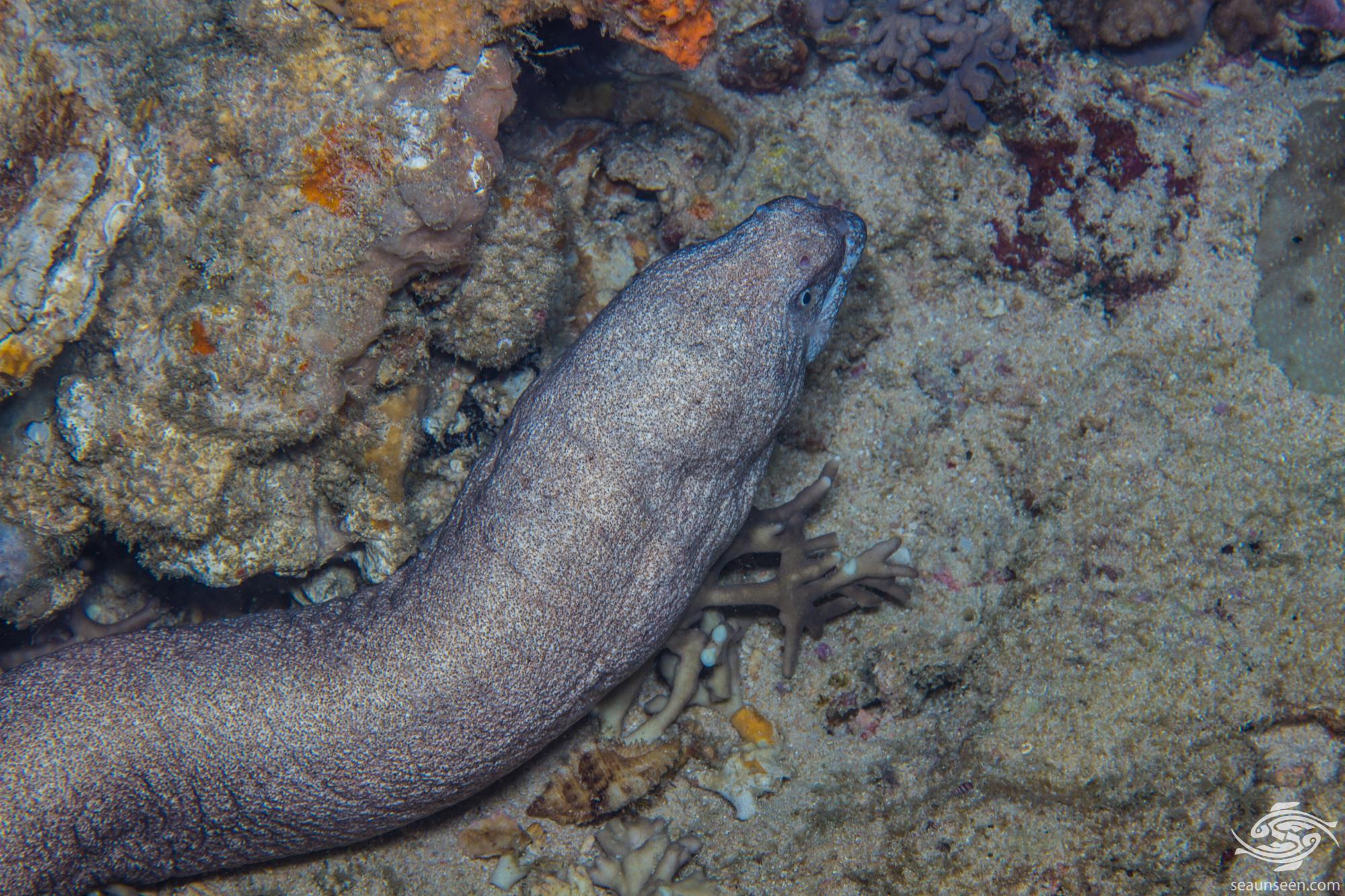 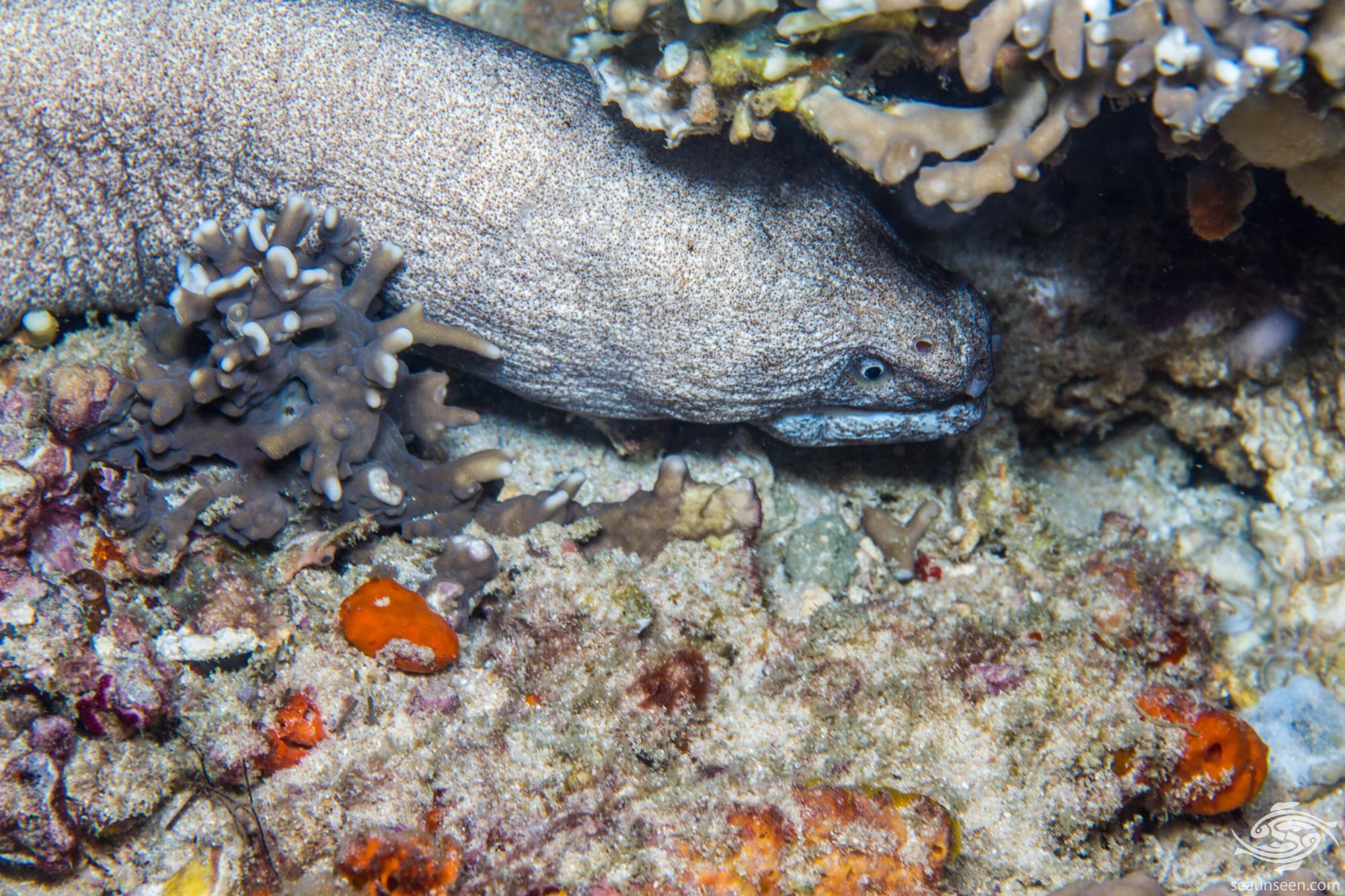